Fleetwood Town travel to the Crown Oil Arena on Boxing Day to face Rochdale in Sky Bet League One, and we have all you need to know in our match preview.

This will be James Oldham’s 15th match of the season, with his last game being a 1-1 draw between Walsall and Macclesfield on Saturday 14 December.

The man in the middle on Boxing Day has dished out 49 yellow cards, whilst handing out three red cards – two of those being in November in the Scunthorpe’s clash with Port Vale.

Oldham was predominately a referee in the National League last season, and was in charge of the Play-Off Final between AFC Fylde and Salford City – which Salford won 3-0 at Wembley. 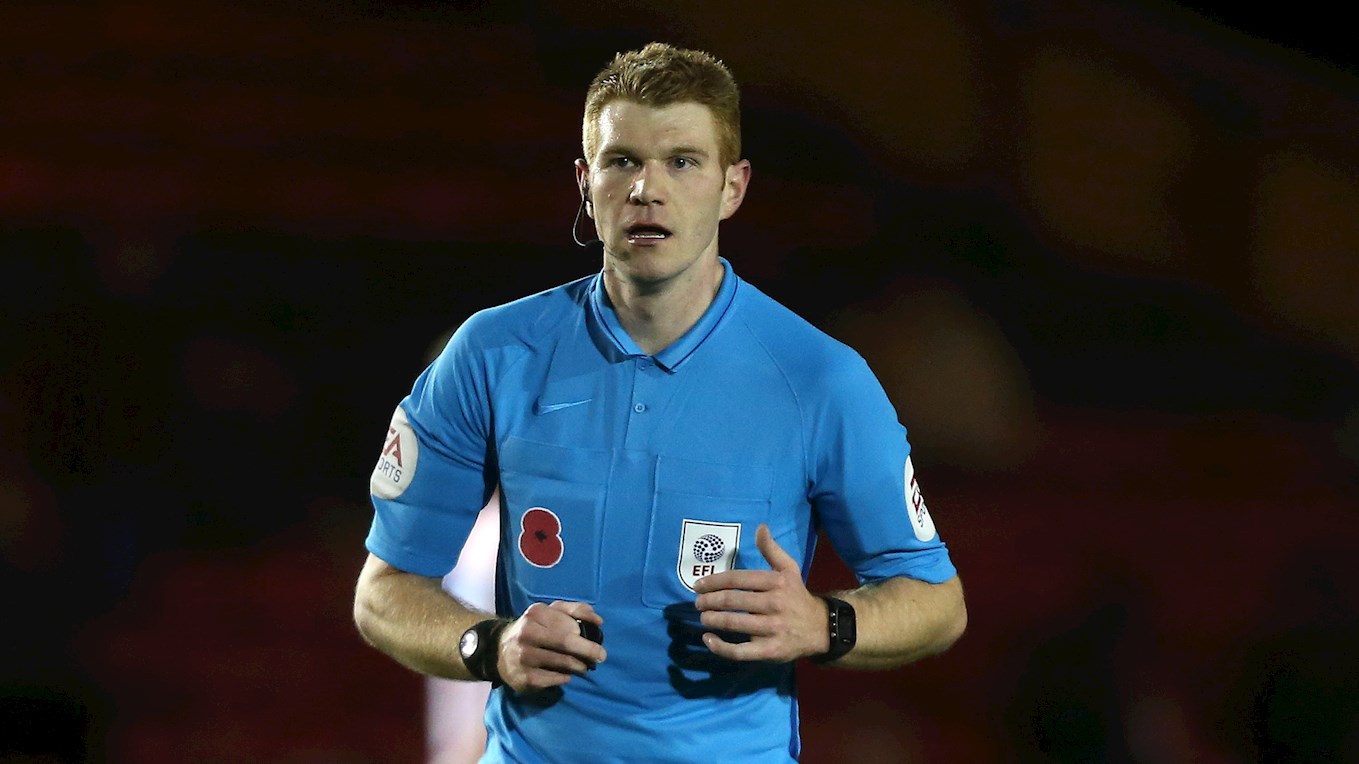 The Cod Army will be looking to get back to winning ways after going so close against Rotherham United last time out. Despite taking the lead twice in the match thanks to two goals from Ched Evans, the Millers managed to salvage a point on home soil.

Fleetwood currently sit 9th in Sky Bet League One, just two point outside the Play-Off places, with two games in hand on those around them in the table. 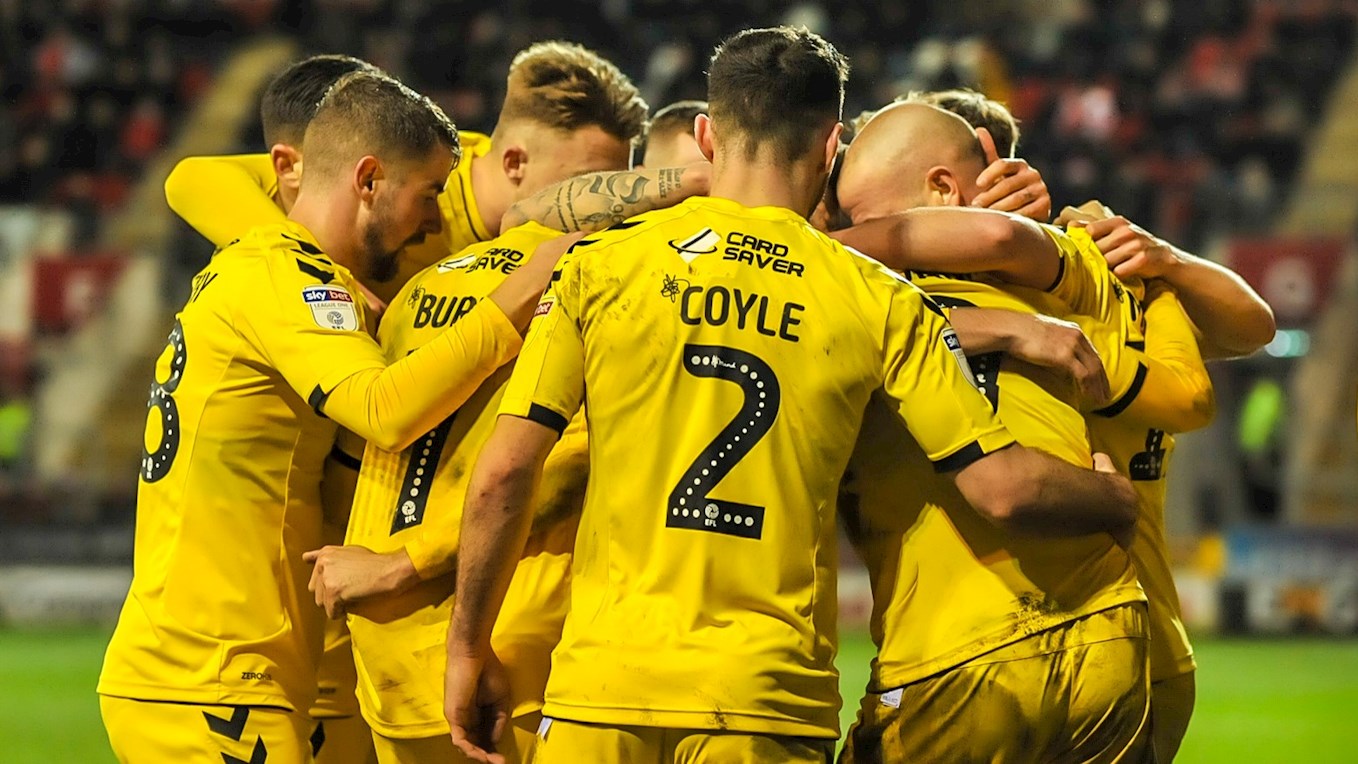 Our Boxing Day hosts Rochdale sit 18th in the Sky Bet League One table, with 22 points to their name after 21 games. Their last match was away at Burton Albion, where the Dale lost 3-1 with Ryan Edwards, Lucas Akins and Liam Boyce scoring for the Brewers. Callum Camps did give Rochdale the lead with two minutes on the clock.

Rochdale have only won two games at home in the league this season, with the last one being their 2-0 win over MK Dons at the back end of October.

Fleetwood got the better of Rochdale when the two sides met at Highbury at the start of the season, with Danny Andrew and Ched Evans scoring on that occasion to give Joey Barton’s side all three points. 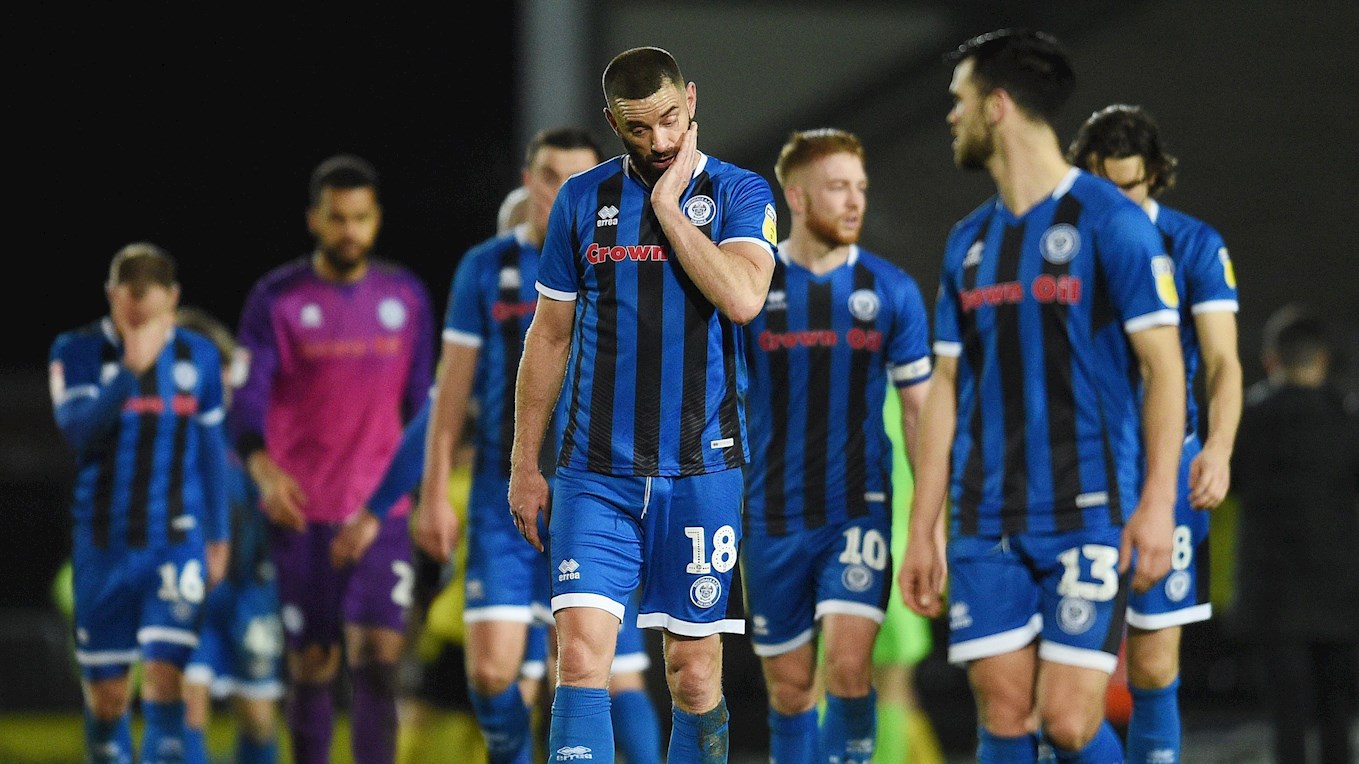 ONE TO WATCH – CALLUM CAMPS

One for Town fans to keep an eye out for on Thursday is midfielder, Callum Camps. The 24-year-old has featured in 29 games this campaign, scoring eight goals in the process.

His last goal was in his sides 3-1 defeat away at Burton Albion, but the central midfielder offers a lot more to the Dale than his goals. Camps has come through the ranks at Rochdale, and after impressive displays in the Youth team, he signed his first professional contract in 2013.

Camps has represented Northern Ireland at U18s and U21s level, and is knocking on the door of the senior team. 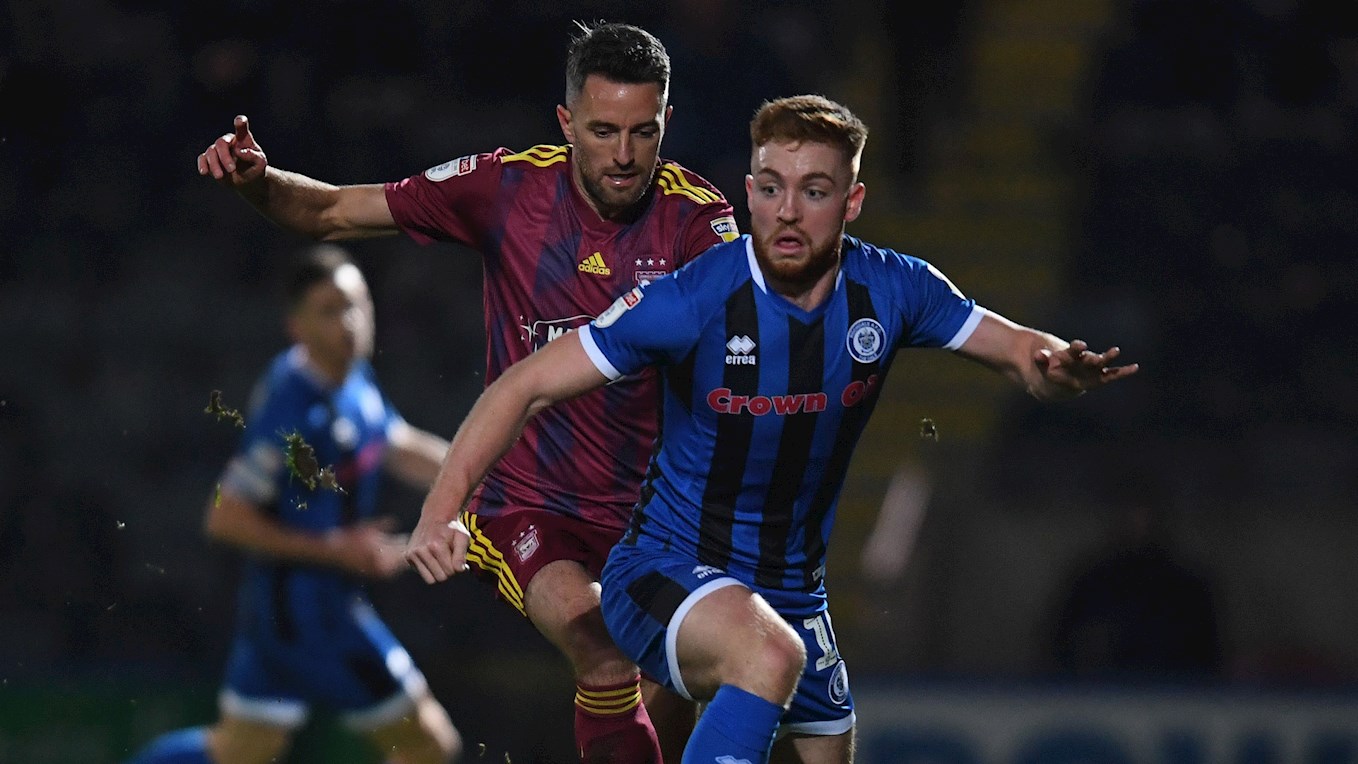 If you can’t make it to Rochdale on Boxing Day? Well don’t worry as we’ve got you covered as you can listen to full match commentary on iFollow.

Supporters based in the United Kingdom, Ireland and around the world can live stream the full match, whilst listening to full match commentary for just £10!

You can buy a special gift package this Christmas too, so why not check out this offer HERE. 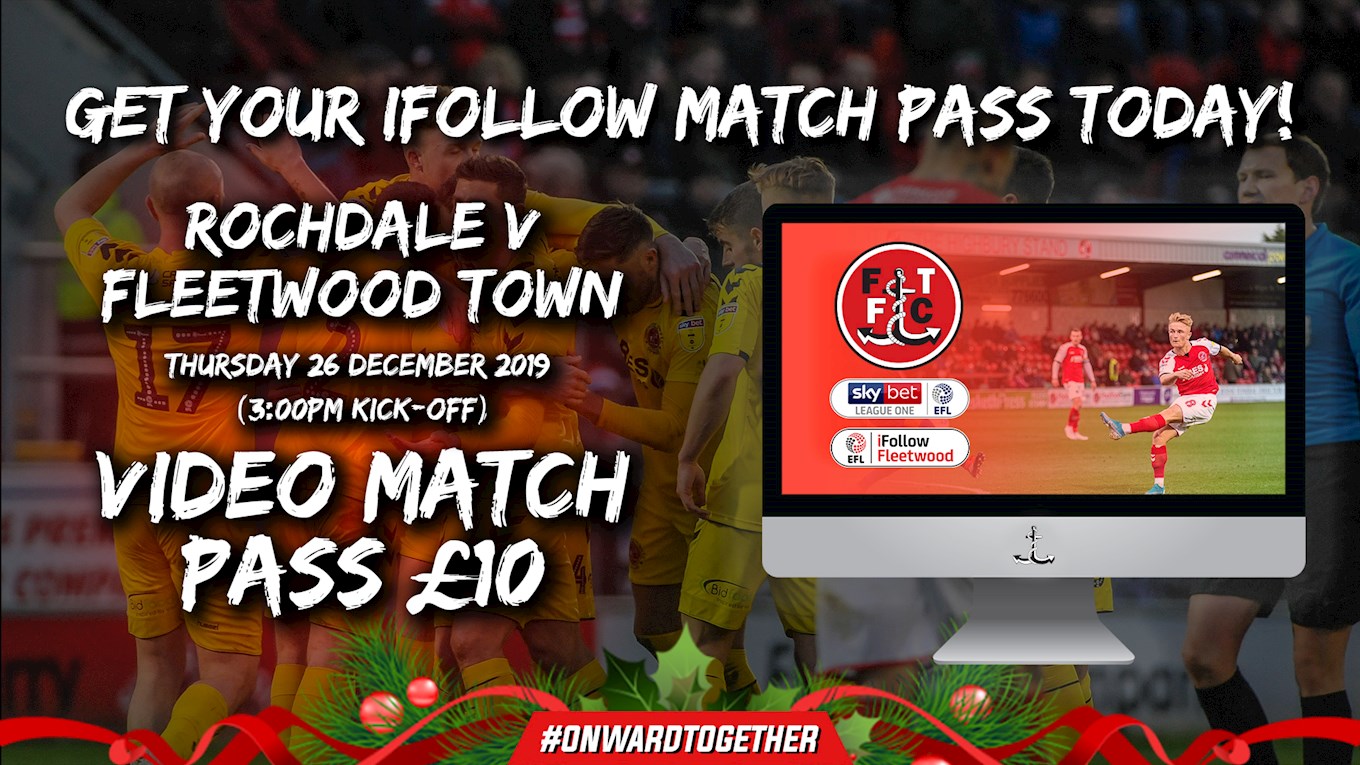 WHAT JOEY BARTON HAD TO SAY AFTER ROTHERHAM DRAW:

Joey Barton spoke after his sides 2-2 draw at Rotherham, and here are his best bits:

“I said to the lads our season starts here. Everybody is jockeying for a position, everybody beats everybody in our league and the results today are testament to that.

“We just need to focus on us and we’ve got to be a side that’s capable of beating any team. At this moment in time we have that feel good factor at home and can beat anybody, and the challenge for us is to build that on the road.

“That’s another point on the board and it keeps us in touching distance of that group that’s at the top end of the table.”

“It is what it is! As a player you prepare for these moment, and the players are well versed to it. For me I don’t really think it changes too much, just that the games come thick and fast and once you get into the Christmas, you don’t even know what day it is.” 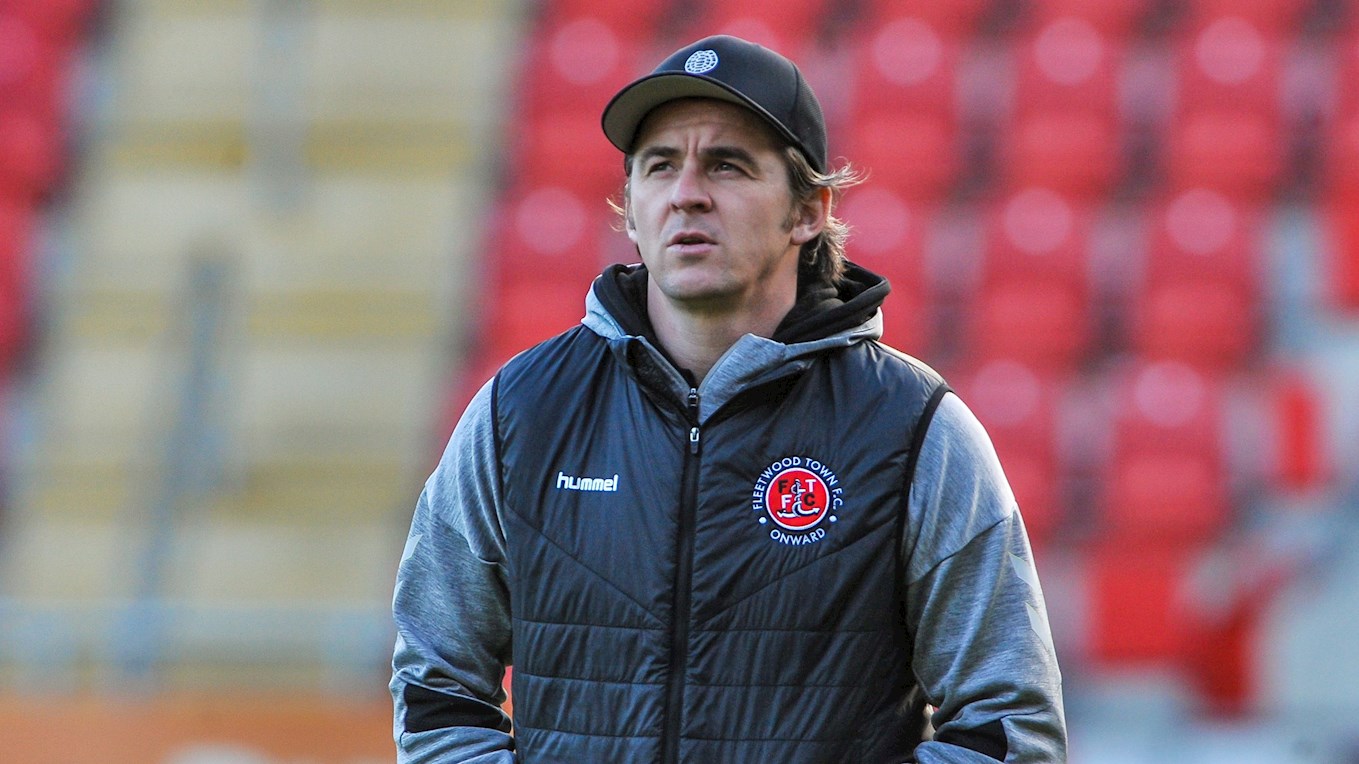 You can get a price of 10/11 for Town to pick up all three points against Rochdale, with a draw being priced at 23/10.

For Fleetwood to win the match, but for both teams to score, the odds are boosted to 7/2.

Last time the two sides met at the Crown Oil Arena, the match finished 1-1. For the same result on Boxing Day – the odds are 11/2.

Here are some odds of players to score first / last: 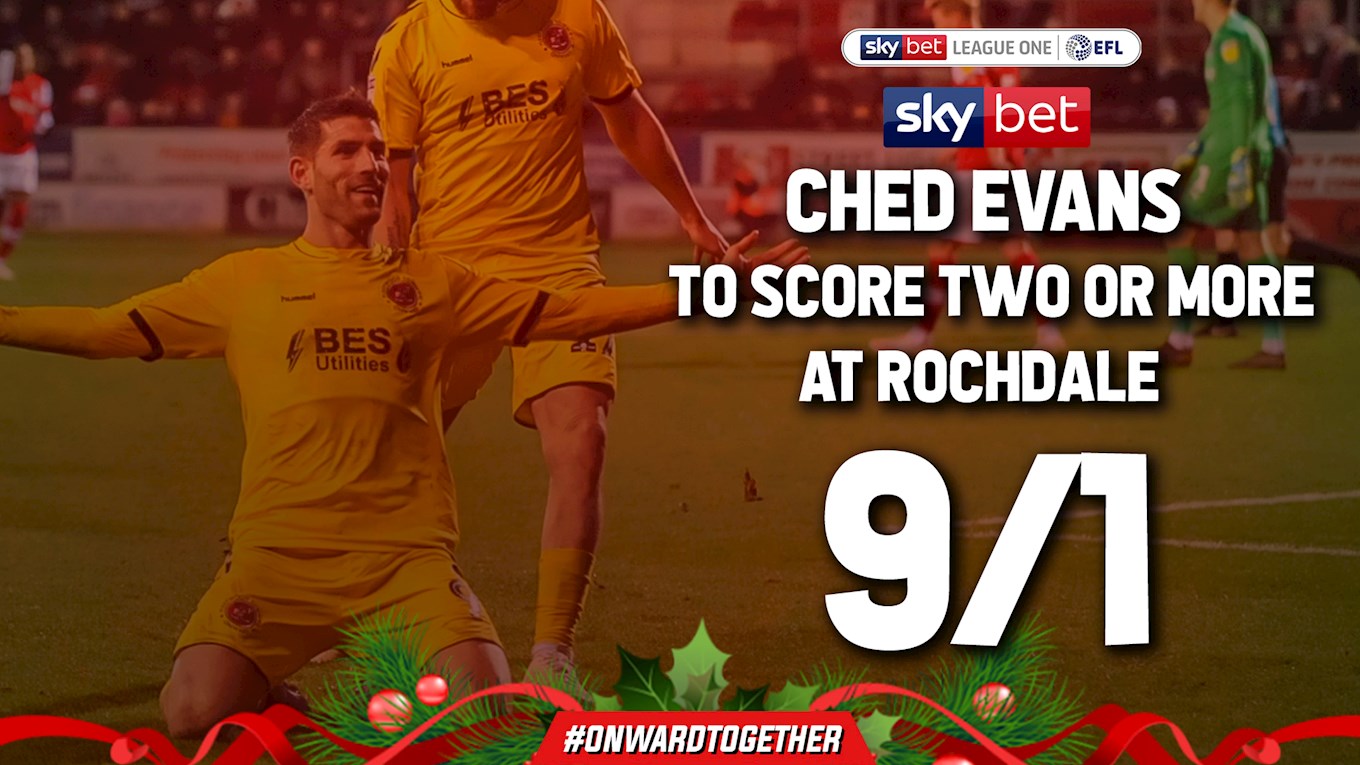