Fleetwood Town make the short trip down to Blackpool on Saturday 7 December, and with pride at stake in the Fylde Coast derby, we have all you need to know ahead of the match at Bloomfield Road. 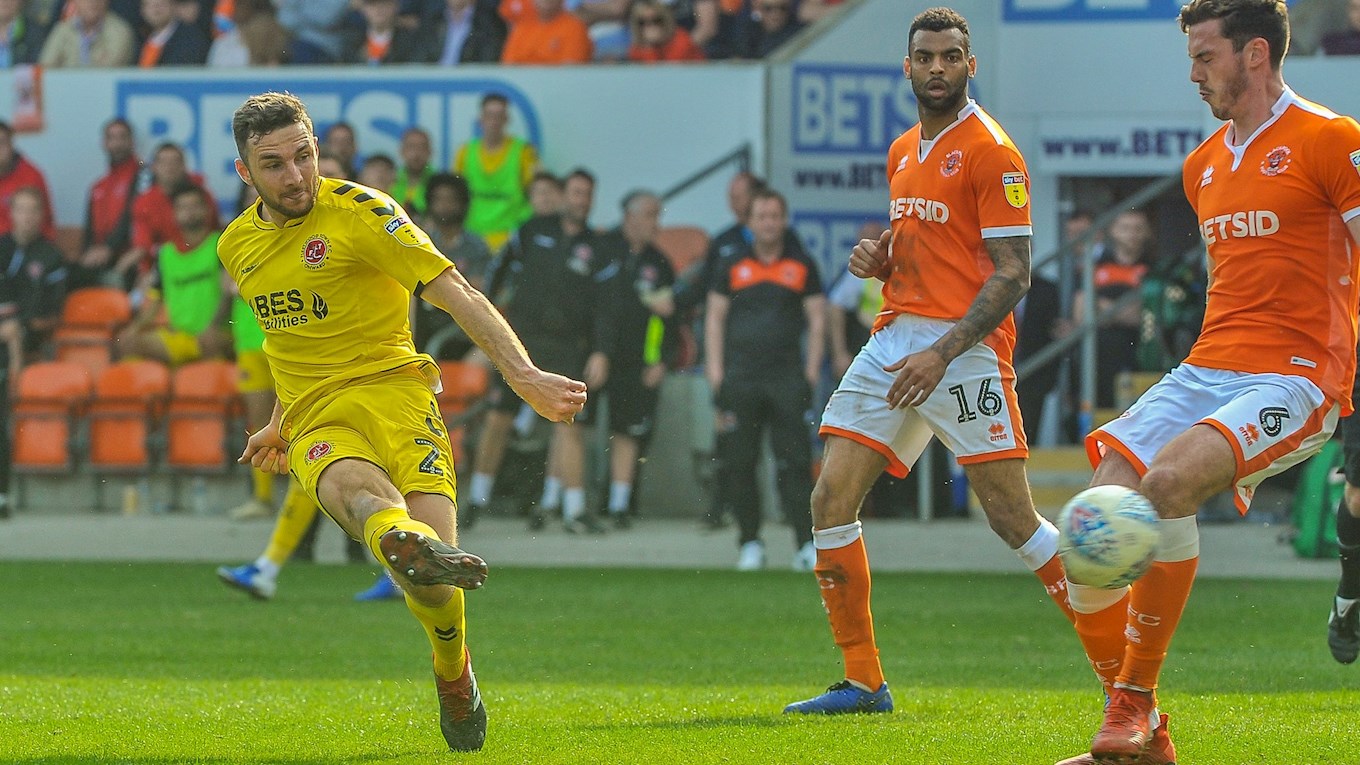 Mr. Coggins has taken charge of 12 fixtures this season, with most being in Sky Bet League One and Two. Coggins has shown 40 yellow cards in total during those matches. The last match he officiated with Town involved was their 0-0 draw away at Charlton Athletic last season. 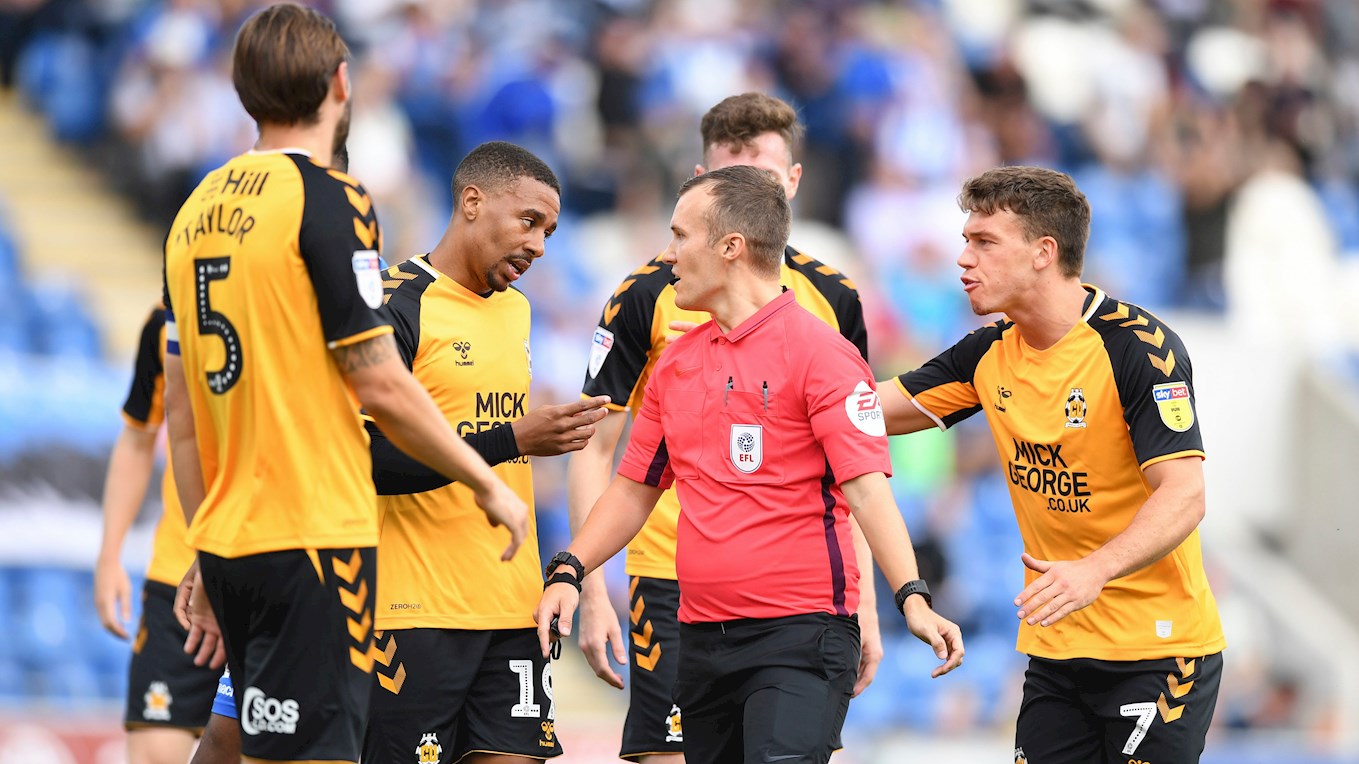 Blackpool, like the Cod Army return to league action this weekend after FA Cup action. Blackpool won 3-1 against Maidstone United last Sunday, which has now seen them face Reading away in the Third Round.

The Seasiders currently sit one place below Fleetwood in the table on goal difference, despite playing two more games than their opponents.

Simon Grayson’s side went on an eight match unbeaten run until mid-September when they were beaten away at Coventry City 3-2.

Last time out in the Fylde Coast derby Blackpool took the spoils. 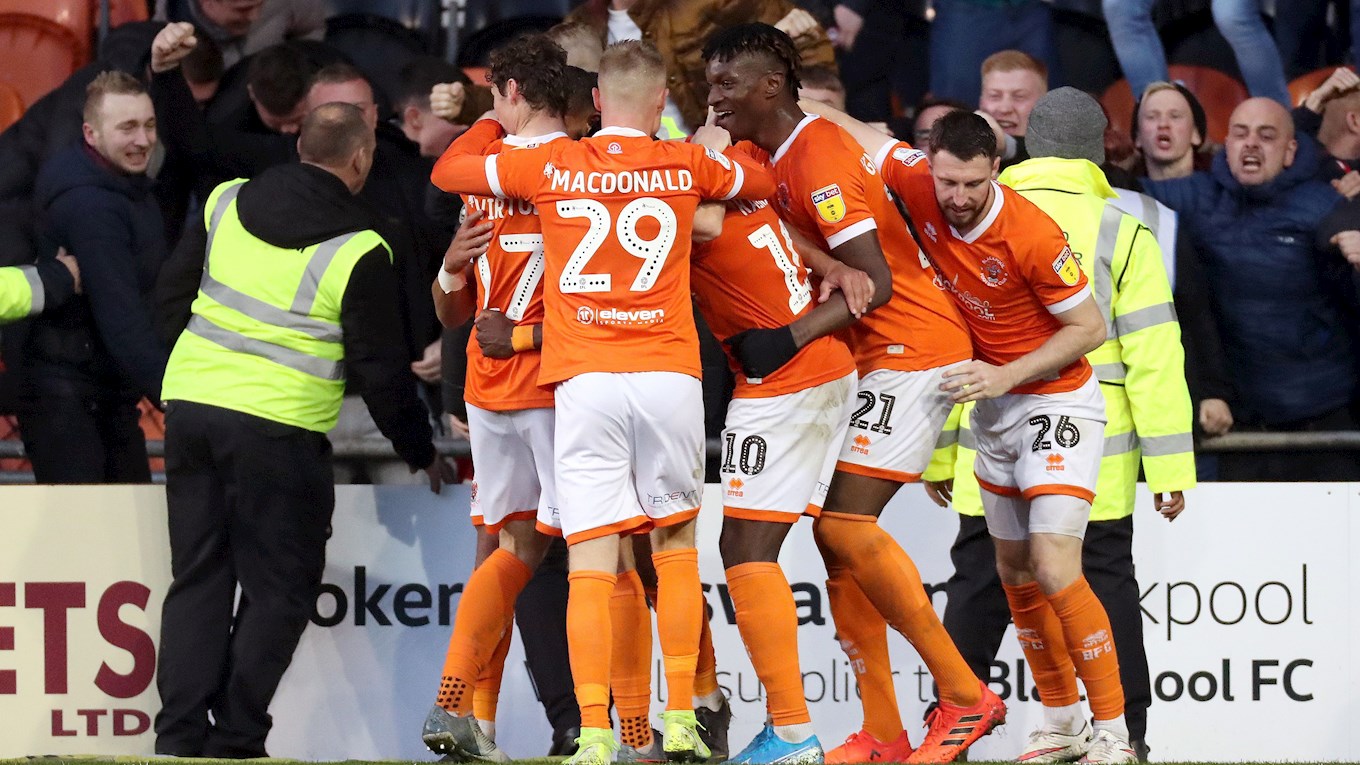 Town, like Blackpool, are returning back from cup action this weekend after two wins in as many games, against Everton U21’s in the EFL Trophy, and against Crawley Town in the FA Cup Second Round.

The Cod Army sit one place above their opponents ahead of this derby match and are yet to win the fixture at Bloomfield Road. With a win at Crawley last weekend and the 4-0 win over Everton U21s, confidence will be high in the Town dressing room.

Joey Barton will have a near full squad to select from for this weekend’s match, apart from Jordan Rossiter.

The Rangers loan player could miss the rest of the season after sustaining a knee injury in the second half of the match at home to Tranmere Rovers, last time out in the league. Lewie Coyle is also expected to make his 100th league appearance, for Fleetwood at Blackpool. 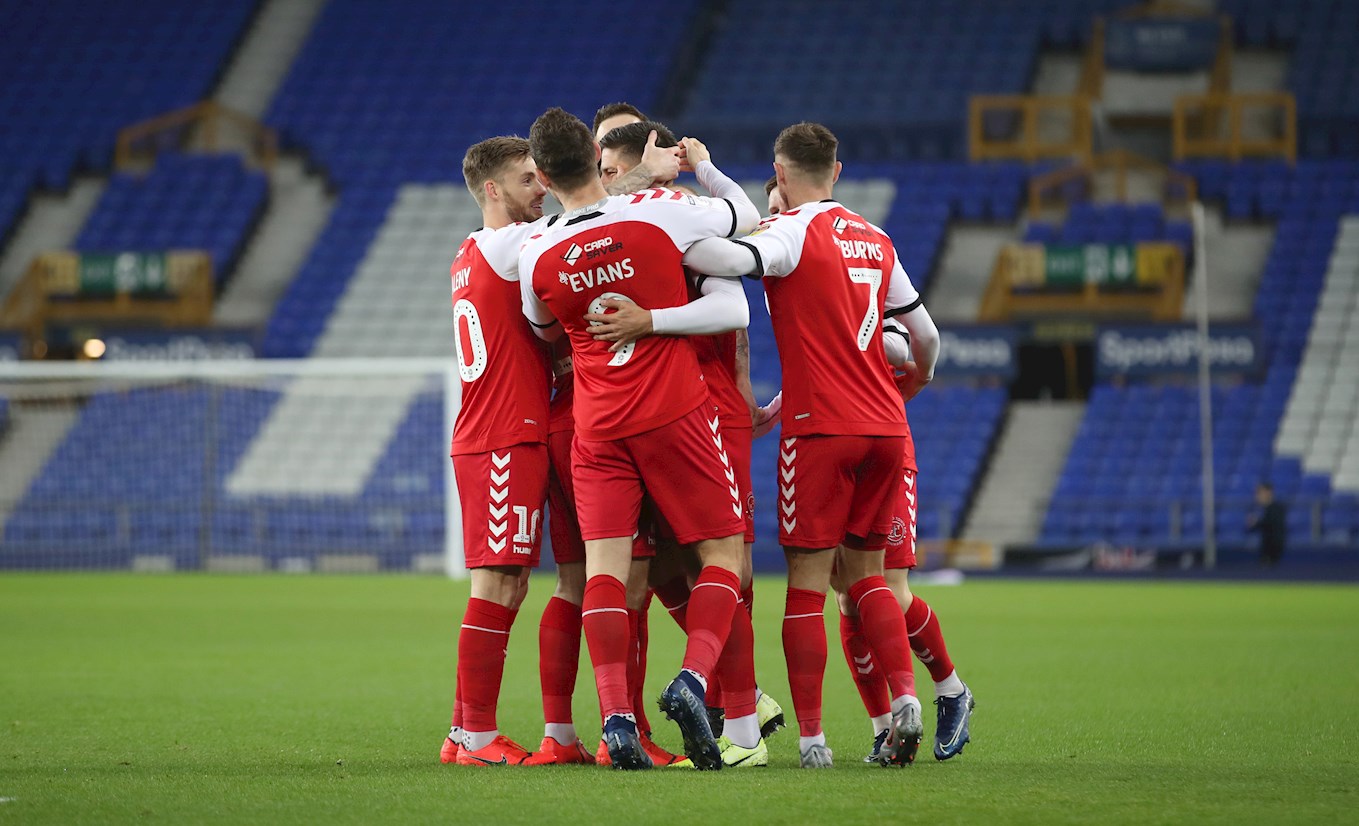 ONE TO WATCH: ARMAND GNANDUILLET

The one to watch this weekend is the Tangerines' striker Armand Gnanduillet, who joined the club for the second time back in 2018.

With 12 goals in all competitions this season, he is seemingly hard to stop, and was nominated for the League One Player of the Month award for November.

The Frenchman began his career at Le Havre II in a North-Western part of France, and then moved to Poissy before finally making his way to England in 2013 when he joined Chesterfield.

The six-foot centre forward had loan spells at Tranmere Rovers, Oxford United and Stevenage whilst on the books with the Spireites before moving down south to join Leyton Orient in 2016. 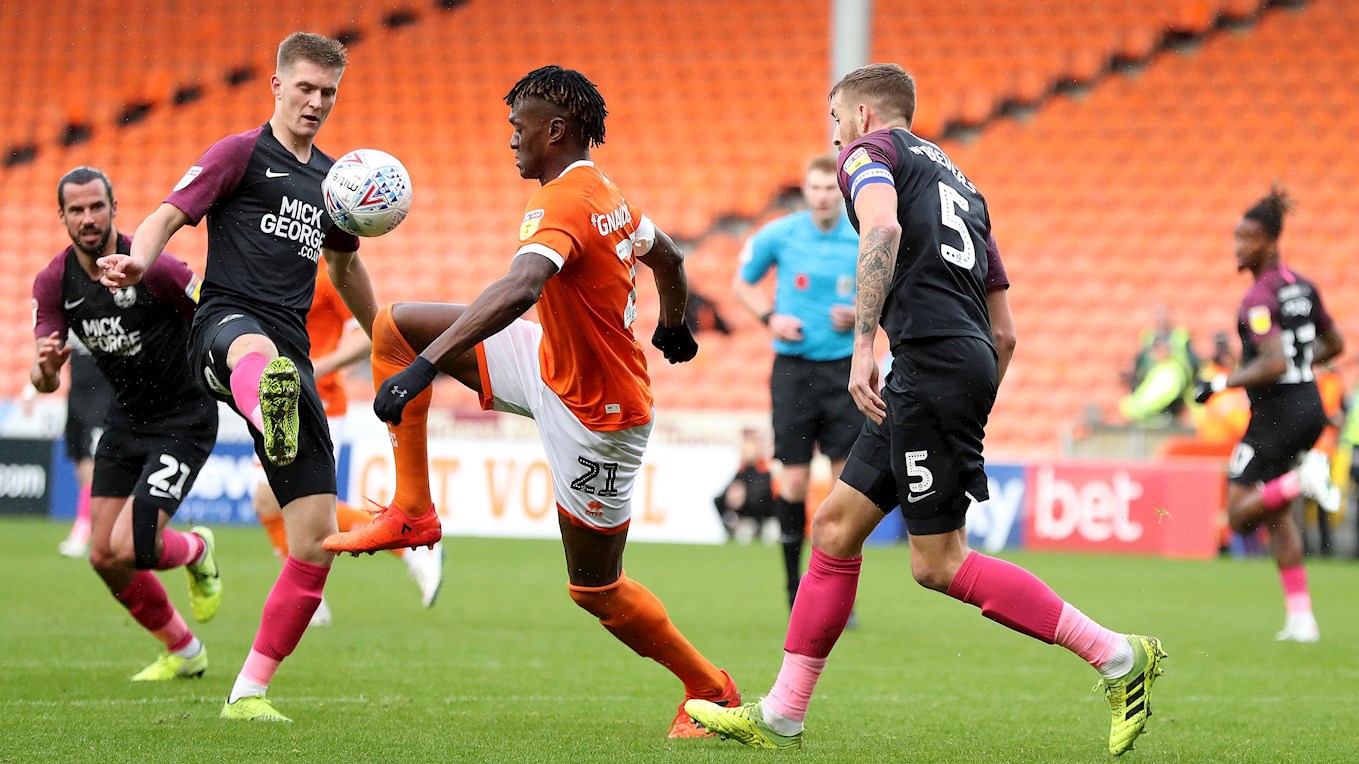 Fleetwood Town fans around the world, and in the United Kingdom, will be able to listen and watch full match commentary from Bloomfield Road.

Joey Barton spoke to the media on Friday ahead of the game:

“We go there this year with a good football team. We know we are a good side, and we will see what they have got about them.

“They are a side that is a good competitive League One outfit. Simon [Grayson] has got them well organised. You can see what they can create and what they are trying to do. It is another fantastic opportunity for us to go there and show our qualities as a team.” 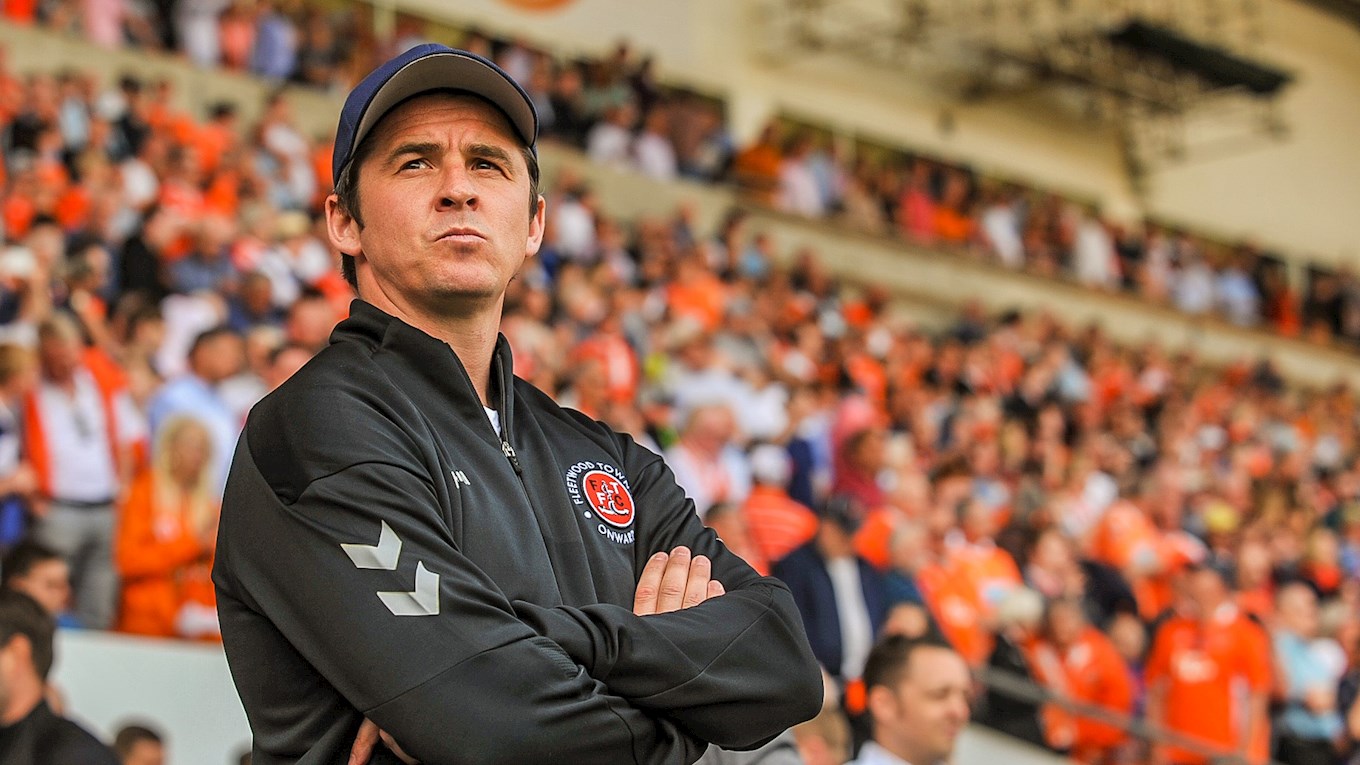 WHAT LEWIE COYLE HAD TO SAY:

Fleetwood Town forward Lewie Coyle was on press duty with Barton, and here are some of his thoughts leading up to the match:

“They are brilliant they get better every time and the excitement levels throughout the full squad are very high.

“I think in any derby game is one that you want to be involved in, and as a player you want to come out of it with the right result.

“Away at their place in the last couple of times that I have been involved, we have been ahead in the game and then unfortunately gone on to lose.

“Hopefully we can put that right tomorrow and get the win.”

“It’ll be a good encounter and there will be a good edge to it. There will be some good footballers on show and both sides are in good form, as well as close in the table and geographically.

“It’s important we don’t do anything stupid that is potentially going to cost the team the chance of winning a football match. Yes, be competitive and win your tackles but play with your head as well as your heart.

“We want to win the game and go above them in the table – that, for me, is the main thing. We’ve got to ensure that we remain solid at the back and don’t give cheap goals away. They’ve got players, particularly in the final third, who have done well at this level such as Paddy Madden, Josh Morris and Wes Burns.

“It’s going to be a competitive game and ultimately we need to play with passion and belief when out on the pitch." 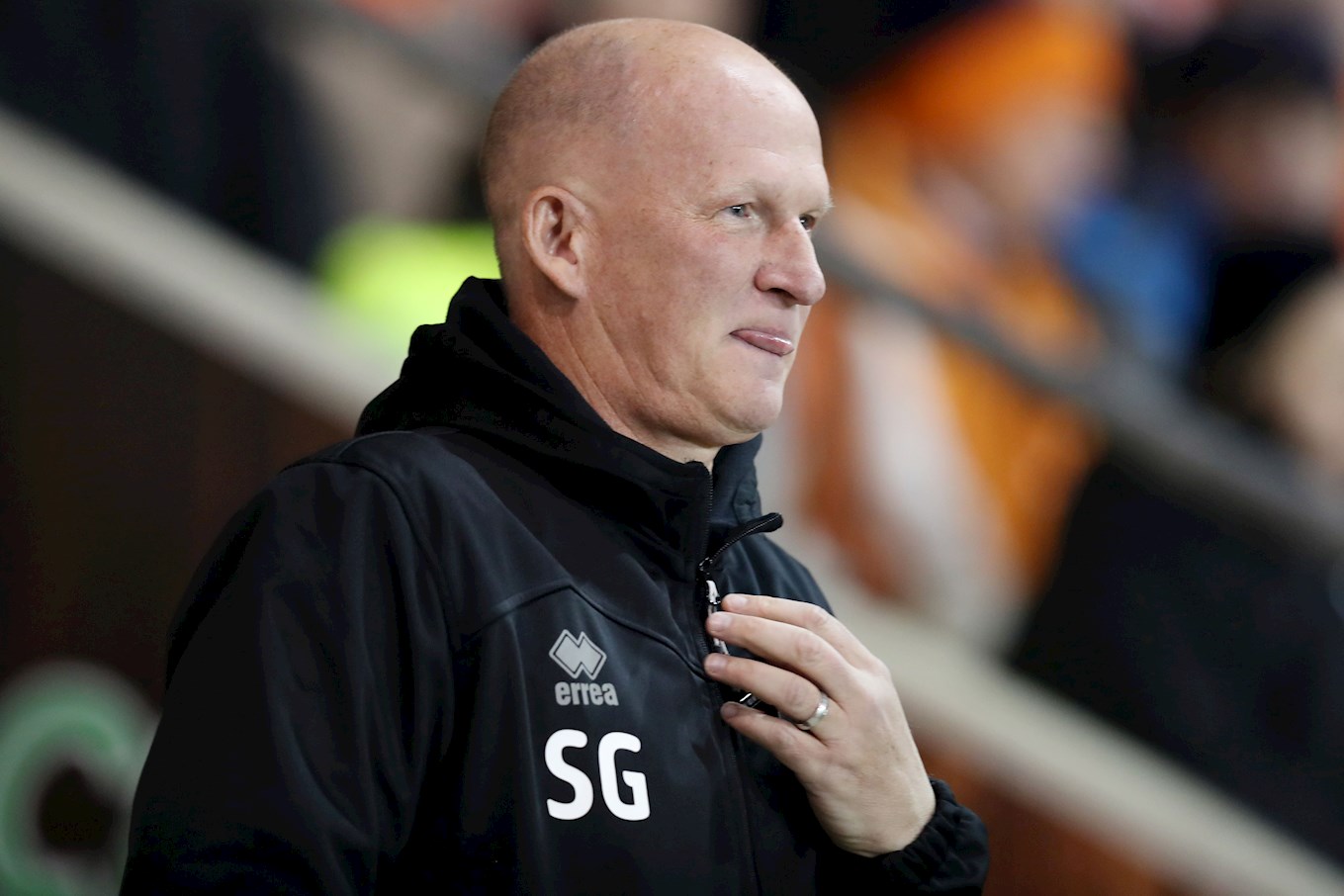 Joey Barton’s side will make their way to Bloomfield Road tomorrow, and supporters will have up until 12pm on Saturday to purchase their tickets online, or in store at the club shop at Highbury, or down at Poolfoot Farm.

Here is a list of the ticket prices for the match: 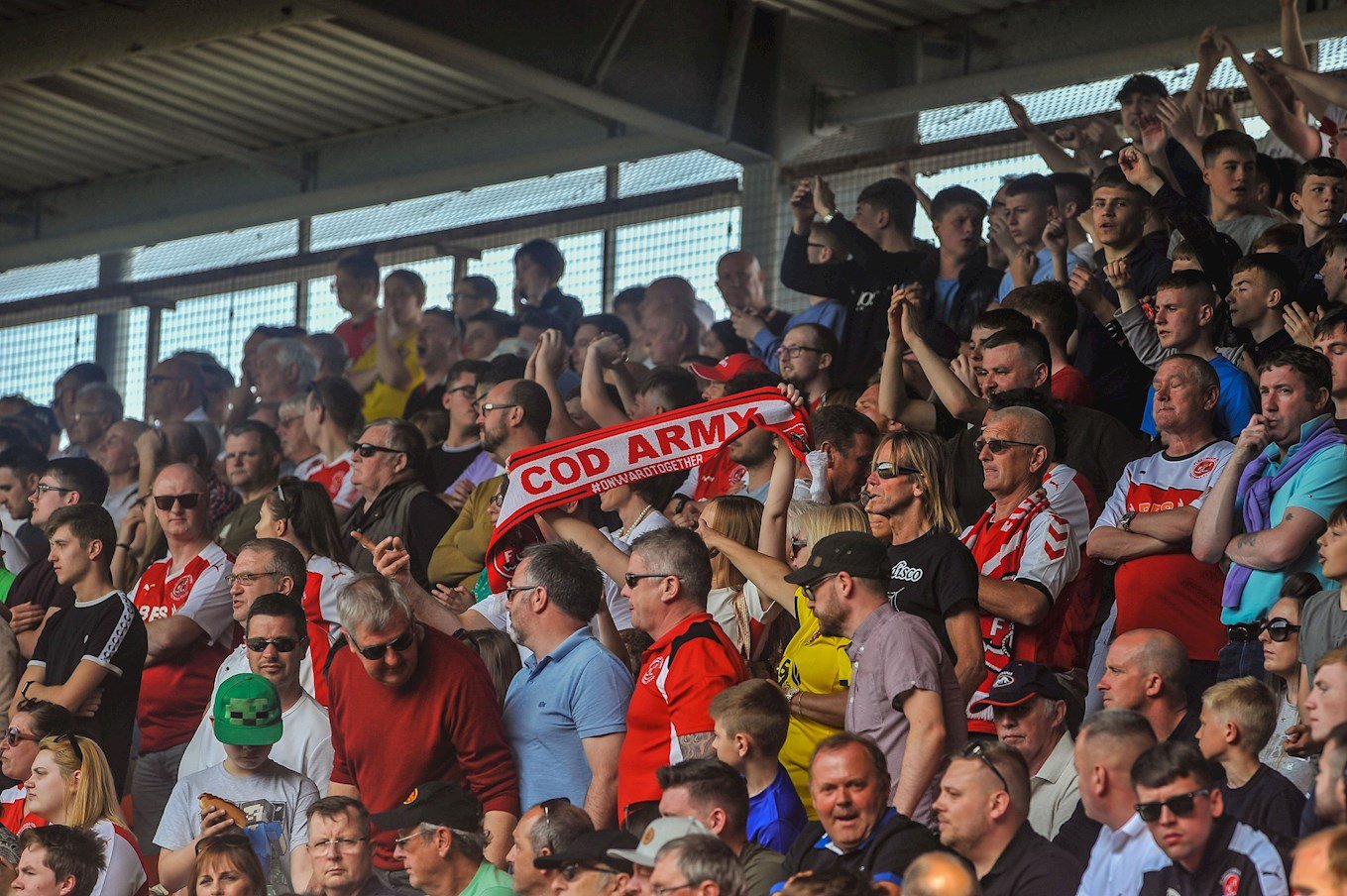 You can get a price of 19/10 for Fleetwood to beat Blackpool for the very first time at Bloomfield Road on Saturday.

Or, if you think that Lewie Coyle will cap his 100th league appearance for Town with a goal, you can get odds of 28/1 for him to score in ninety minutes, or 80/1 for him to bag the first of the match. 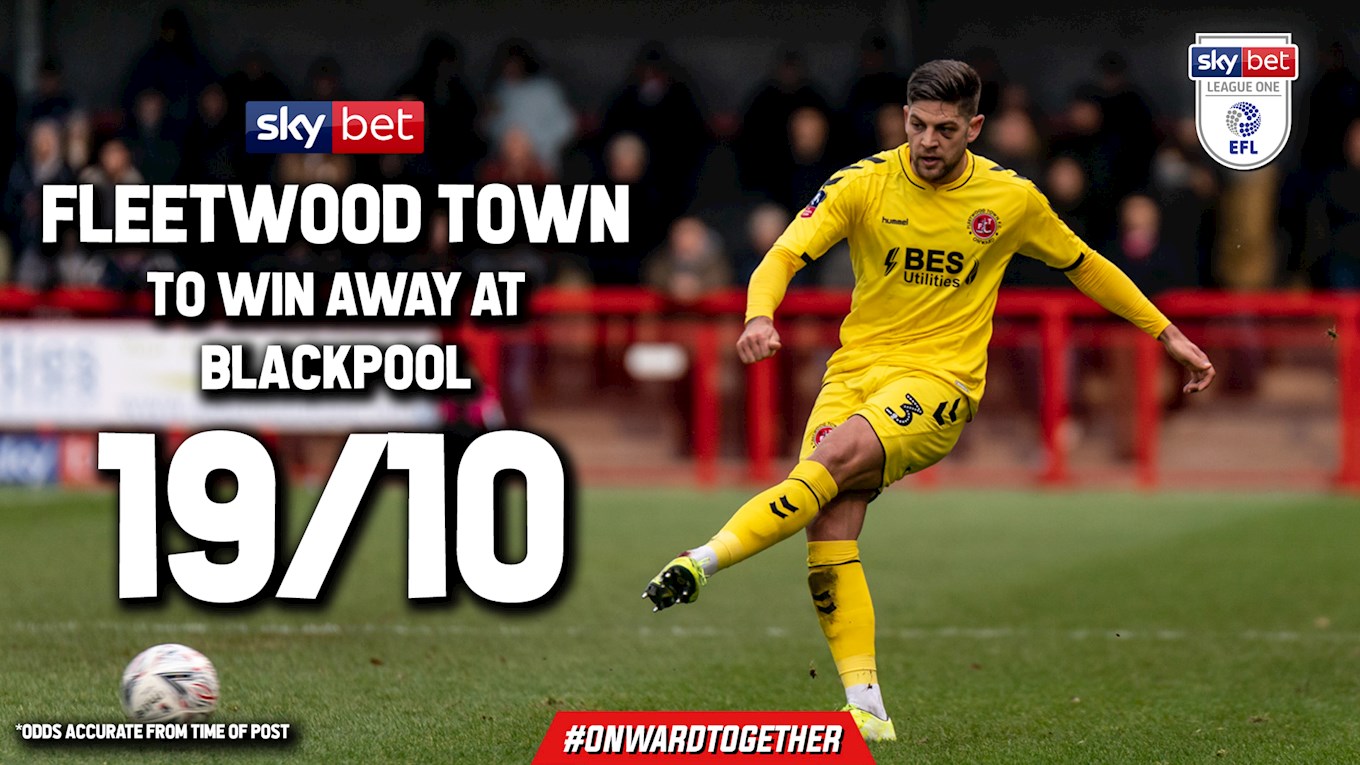