Lewie Coyle made a trip to St George’s School to surprise a ballboy from the weekend’s game against Blackpool.

The Fleetwood Town defender was joined by Wes Burns and Pool pair Sullay Kaikai and Nathan Delfouneso to apologise after clashing with the youngster during Saturday’s 3-1 defeat at Bloomfield Road.

And after contacting Connor Turner’s parents for permission to visit the school, Coyle was happy to surprise the 16-year-old:

“It was great to come and visit Connor to apologise to him. It was the right thing to do and it was great Wes and the Blackpool players came along too,” he said.

“Obviously I realise I shouldn’t have grabbed the ball like I did. It was a poor decision in the heat of the moment but I’m glad we can resolve it with smiles on everybody’s faces. I’d like to thank his parents for allowing me to come and surprise him and say sorry."

Coyle added: “He was a great kid and told me he got his revenge by scoring two goals against Fleetwood Town Juniors on Sunday!” 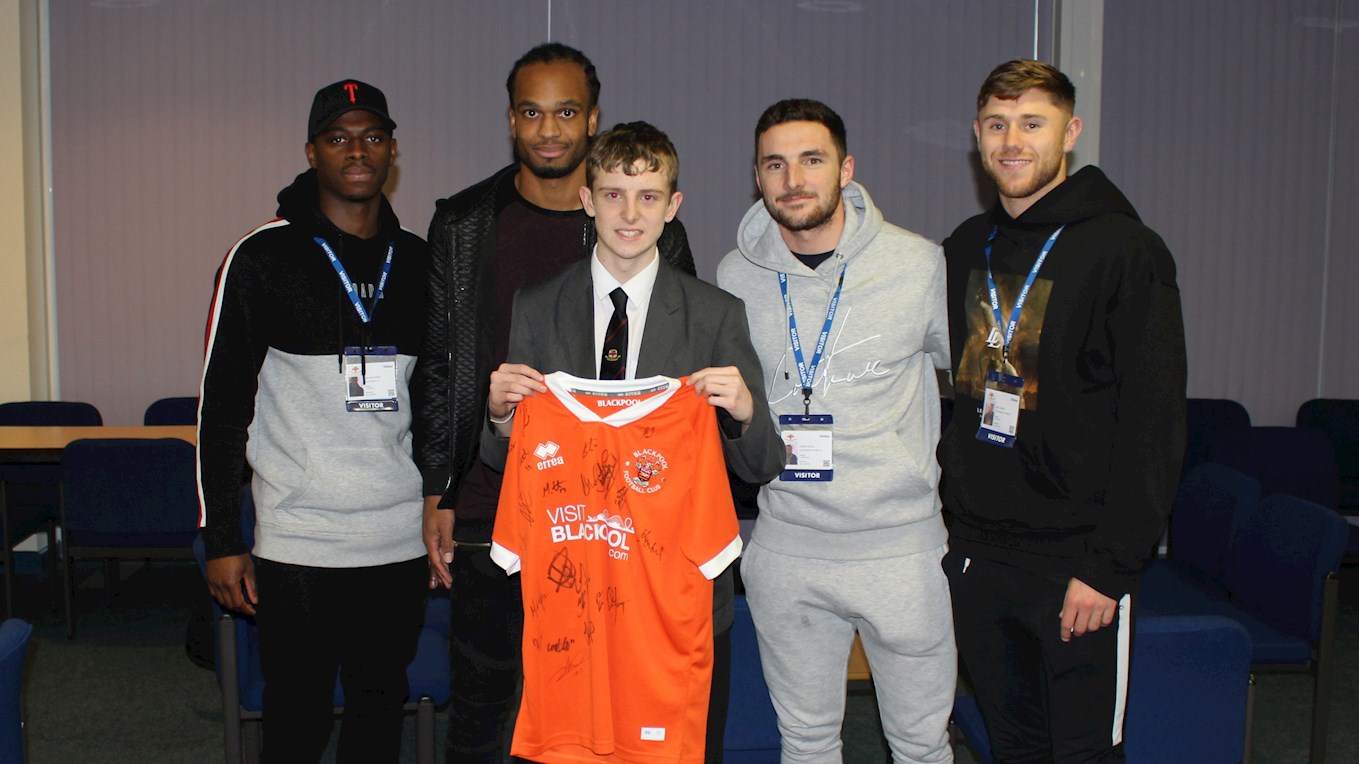 The defender also bought Connor a pair tangerine boots, while Blackpool’s pair presented him with a signed shirt.

And overall the young ballboy was happy to draw a line under it all.

He said: “These things happen and I’m really pleased Lewie has come to apologise.

“I couldn’t believe it when I walked in and saw Sullay and Nathan, then was even more shocked to see Lewie and Wes Burns.

“To be honest, I would have probably have done the same thing if I was in a team in that position and losing. I accept the apology and am glad we can put it behind us now.”

Fleetwood Town would like to thank Blackpool FC, and in particular Sullay Kaikai and Nathan Delfouneso for helping us set up this visit to see Connor.