Last night, over 1,000 members of the local community got into the festive spirit when they gathered for Love Fleetwood’s Big Christmas Singalong at Highbury Stadium.

The atmosphere was amazing right from the start as guests stepped into a winter wonderland full of snow, greeted by Santa and his sleigh and Harry the Christmas Lorry.

Once inside the stadium, the crowd was treated to a performance from Fleetwood Old Boys Band, before everyone’s favourite carols and Christmas songs began. Fleetwood’s very own Chloe Rose Moyle, star of the X-Factor 2017, was also there, and delivered a spine-tingling performance of ‘Mary, Did You Know?’

The whole event was compered by legend Lionel Vinyl, Fleetwood Town’s Wayne Bibby, and Dave McPartlin, Headteacher of Flakefleet Primary School, and they all did a great job of getting the crowd going. 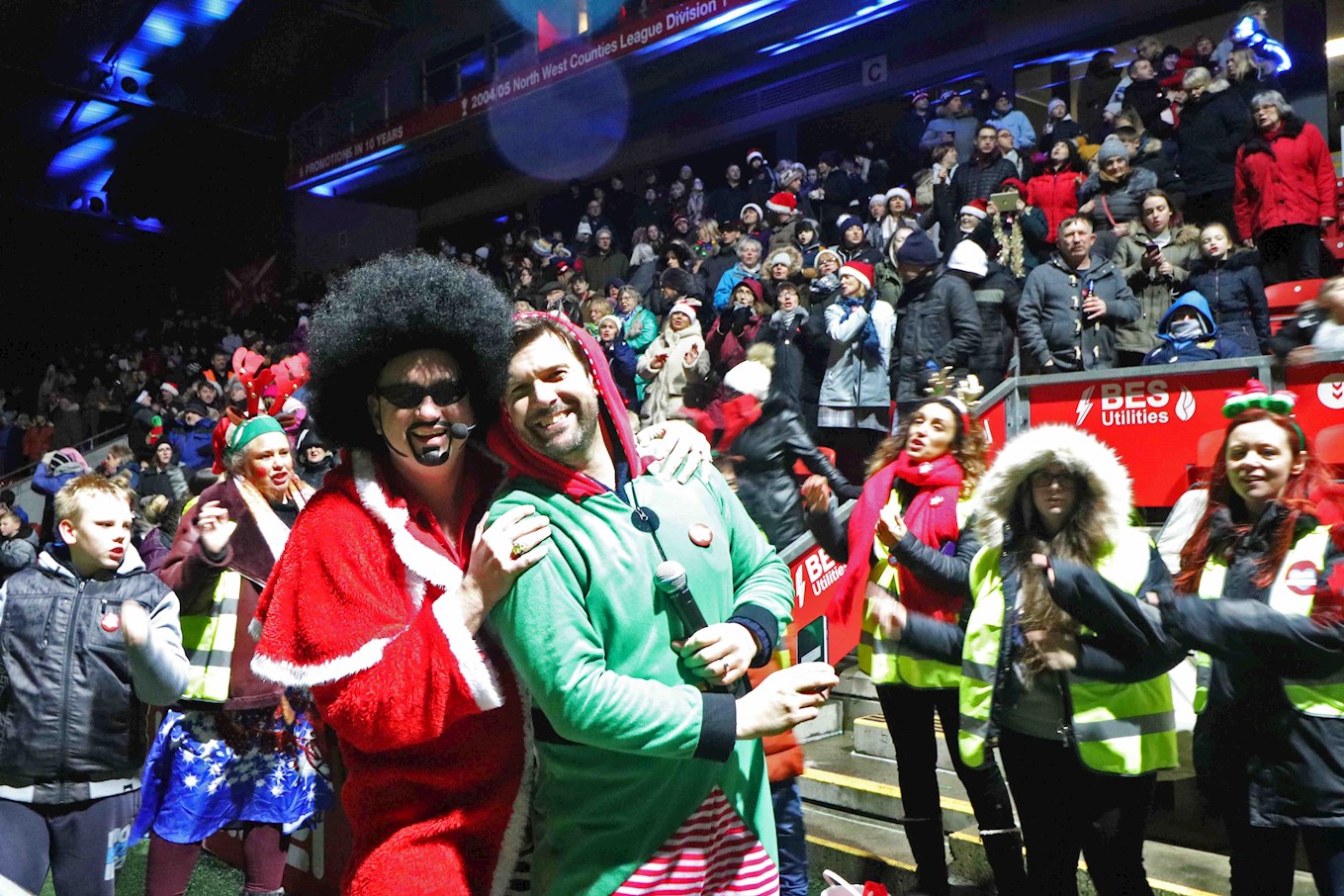 The idea for the singalong stemmed from local resident Sue Kelsall, who dreamed of holding a huge carol service to get local schools and residents feeling festive. Sue was over the moon that her vision had turned to reality, as she explained when she addressed the audience in between songs.

Affinity Lancashire, the former Freeport Fleetwood, were headline sponsors the event, and also kindly donated their snow machines, which went down a storm. 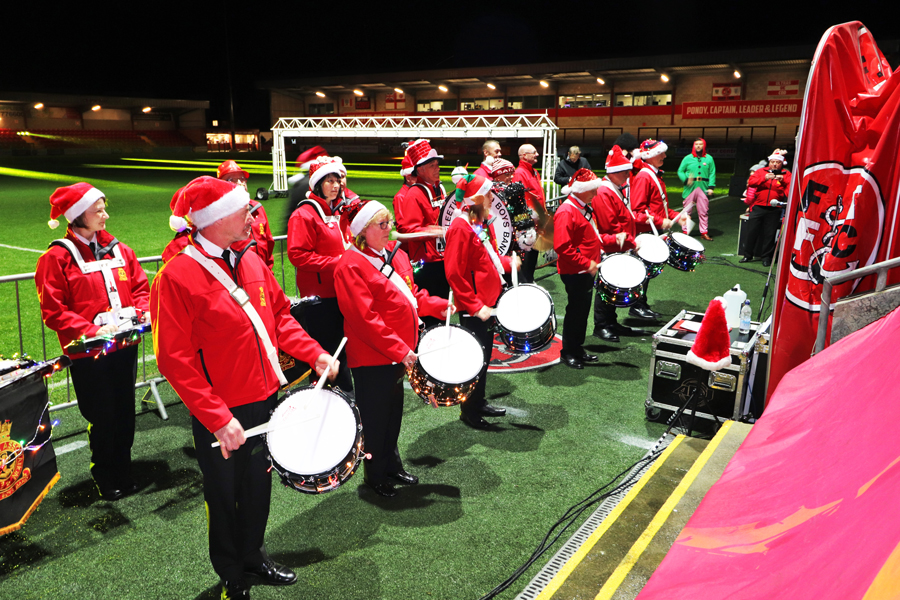 "Well, what can I say?! I think it's safe to say that the mighty community of Fleetwood pulled off something very special last night,” said Dave McPartlin, who spearheaded the event.

“Without the incredible kindness and generosity of Fleetwood Town, Affinity Lancashire and Vertigo Sound, as well as the support from all our volunteers and groups such as Healthier Fleetwood and Fleetwood Rotary, we simply could not have achieved what we have.

“When buying tickets, people didn't really know what to expect, but when we saw the kids playing in the snow and dancing along to our favourite festive hits, we knew we were making memories that we won't forget in a hurry.

“Fleetwood is such a close community and their loyalty and pride in the town was clear to see last night. Love Fleetwood is all about putting on events such as this and supporting other groups who might appreciate a bit of extra support. There are so many positive and exciting things going on in our two, let's continue to celebrate this and look forward to the new year with huge positivity and enthusiasm!"

“When we were asked about hosting the Big Christmas Singalong, we didn’t hesitate and our team has been working hard with Dave and the rest of the group to put on what turned out to be an amazing, family friendly night, despite the weather.

“Last night showed just how much we can achieve when we work together and have a can-do attitude, and we’ve already started discussing plans to make next year’s event bigger and better!”

The Love Fleetwood initiative, which was the brainchild of Flakefleet Primary School’s Headteacher, Dave McPartlin, was designed to help shape the future of the town. Lots of members of the community are now involved and they meet regularly at Fleetwood Town Football Club to discuss ways in which they can work together to make a difference. Click here to find out more.