Fleetwood Town’s Former Players’ Association met on Thursday for their monthly meeting, with December’s having a Christmas twist with a dinner and a live performance from former players!

It's that time of year where Christmas trees are up, the decorations are sparkling on streets, and the club's Former Players' Association are in the festive spirit.

With the live house band playing rock n roll music as well as their festive favourites, the whole group joined in with singing. That wasn’t the only entertainment on show for the FPA as Freddie Willder took to the stage to talk about his football career.

Freddie joined Fleetwood back in 1966 – the year England won the World Cup on home soil - and in his speech the forward touched on the moment when he joined the Cod Army. 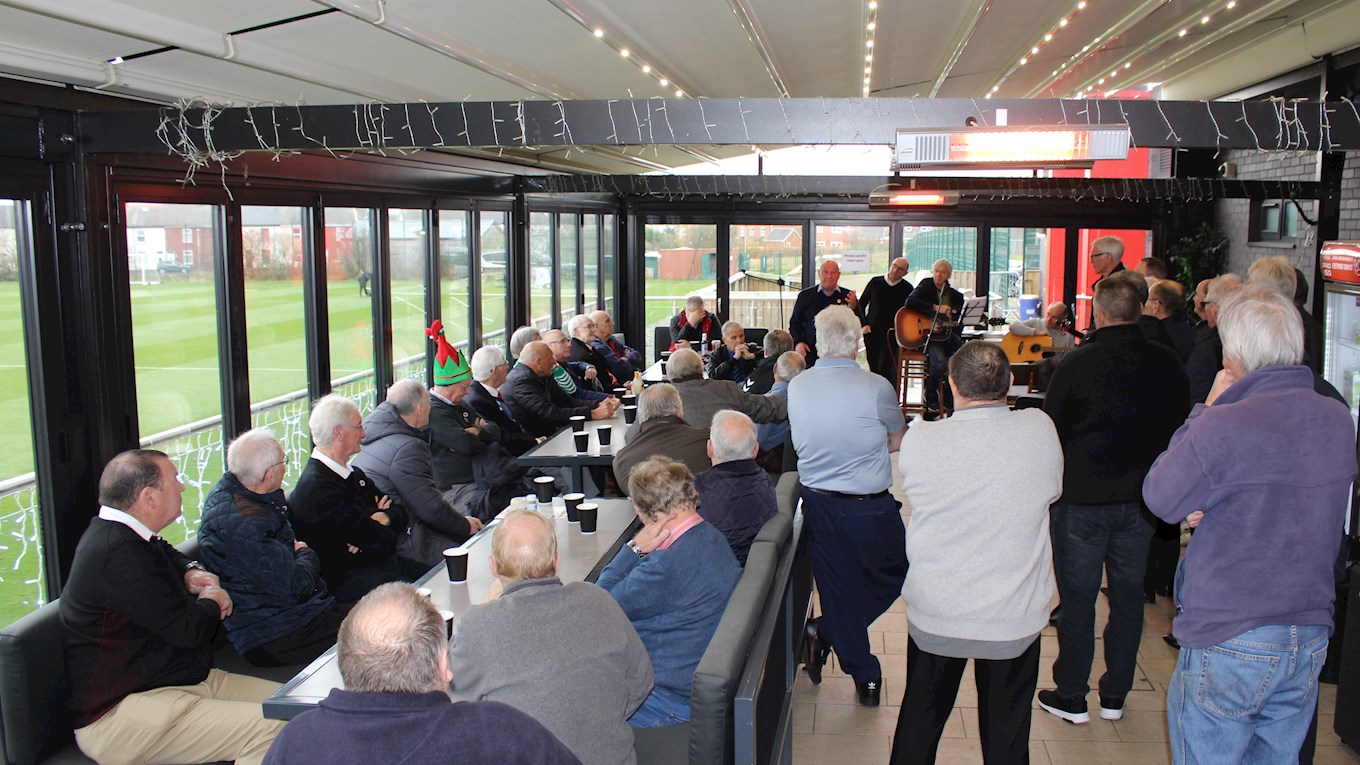 “I was at Chester after leaving Blackpool and I remember I got a phone call from at the club and he passed me onto Jim Kelly, who had just taken on the managers roll at the time.

“I remember saying to him… Fleetwood? I didn’t know they had a side. They were in the Lancashire Combinations League at that point and from our discussion I was interested in moving back to the Fylde Coast.

“There was talks about my wage and if Fleetwood could pay it, but one night there was a knock at my door, it was Jim! He popped by to say he had spoken to the chairman about the deal and that he [Dom Whitehead] will pay my wages. I was excited!” 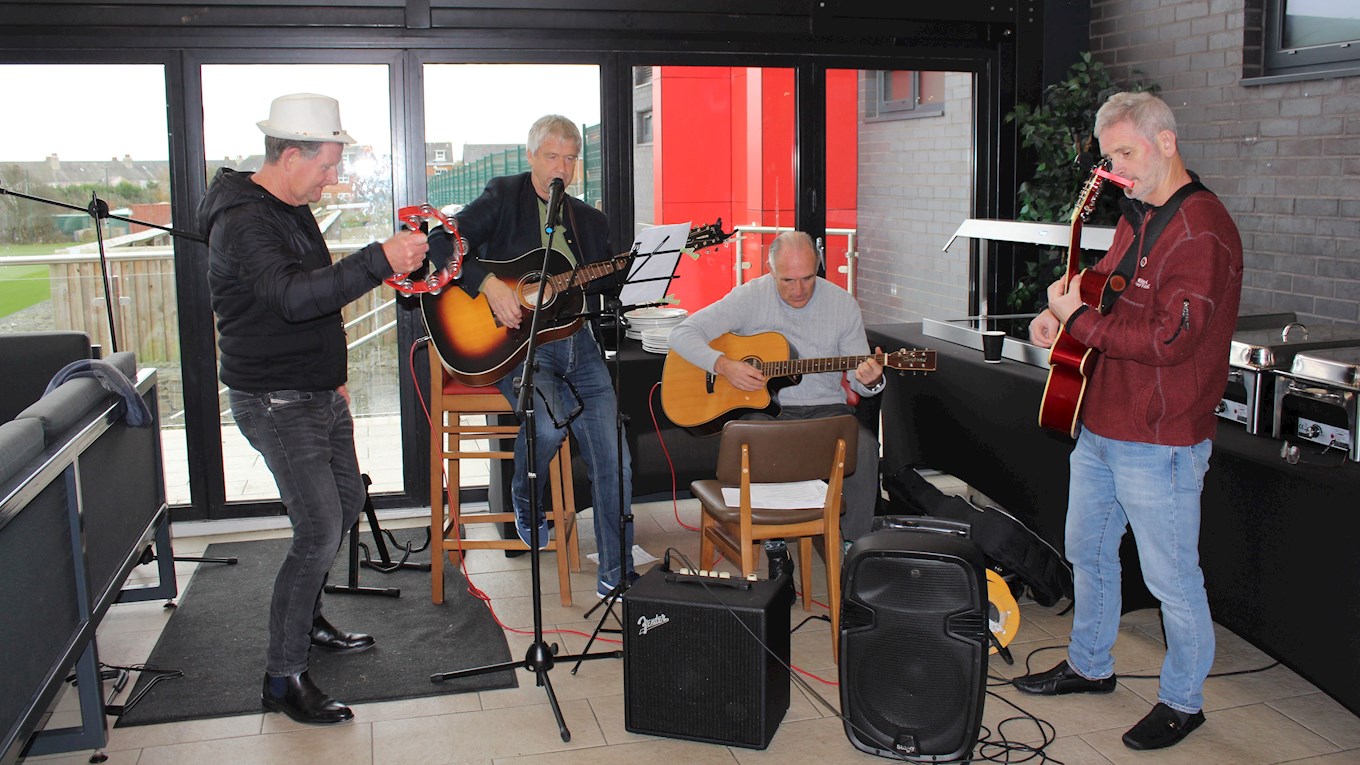 Freddie said the move wasn’t the easiest, and that he was made aware of what he was stepping into on his first training session at the club.

He added: “We trained near Rossall School. We had finished our fitness session and then 5-a-side began. I was stood with the ball and BANG!

“I was wondering what I had got myself into it. Moments later, I had the ball and again, BANG! I thought it was time I got stuck in as I didn’t want players to think I was soft!

“Training finished and went to the bar at the ground and someone popped up to see how I was… It was only Frank Bowker who was one who made a tackle on me in training! I heard people talking about me, but after a while it settled down and the group was one of the best I was part of!

“It was a pleasure to be part of the club at that time. It’s great to see some familiar faces here today.” 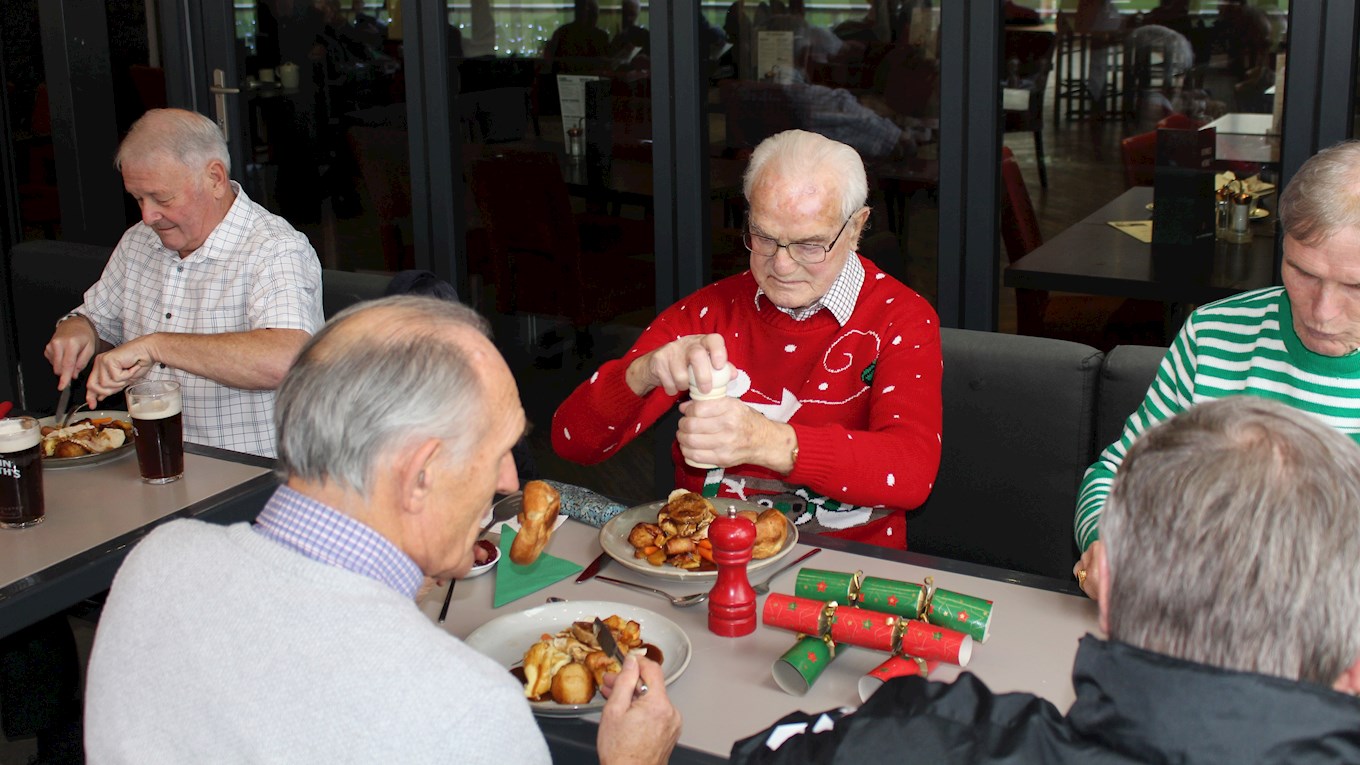 After a speech and a half from Freddie, dinner was served in The Crossbar. With turkey, mashed potatoes, pigs in blankets and of course gravy on the plate, there wasn’t one who left a crumb in sight. A huge thanks goes to the kitchen and bar staff at The Crossbar for their help at the event.

The next FPA meeting will take place on Thursday 2 January 2020 at Poolfoot Farm, at the usual time of 10:00am. If you are looking to attend, and need more information, contact the FPA chairman Stuart Murdoch by emailing stuart.murdoch@fleetwoodtownfc.com.