Fleetwood Town’s Under 23s will feature in the upcoming Central League, providing a structured games programme for the club’s Development Squad.

The Cod Army will join the league and play against Huddersfield Town, Morecambe, Tranmere Rovers and Blackpool, as well as being entered into the Central League Cup, where Stephen Crainey’s side have been drawn to face Morecambe, Wigan Athletic and Blackpool.

All matches are open to supporters, with four matches in the Central League taking place at the club’s training ground Poolfoot Farm.

Under 23s head coach Stephen Crainey, added: “It’s pleasing to see our Development Squad enter into a solid structure of games for the upcoming season.

“It will benefit our younger players and perhaps those who aren’t featuring in first team matches to stay match fit, build sharpness and impress the manager in games against good opposition.

“The matches are open to the public, so we also look forward to seeing our supporters down at Poolfoot Farm.” 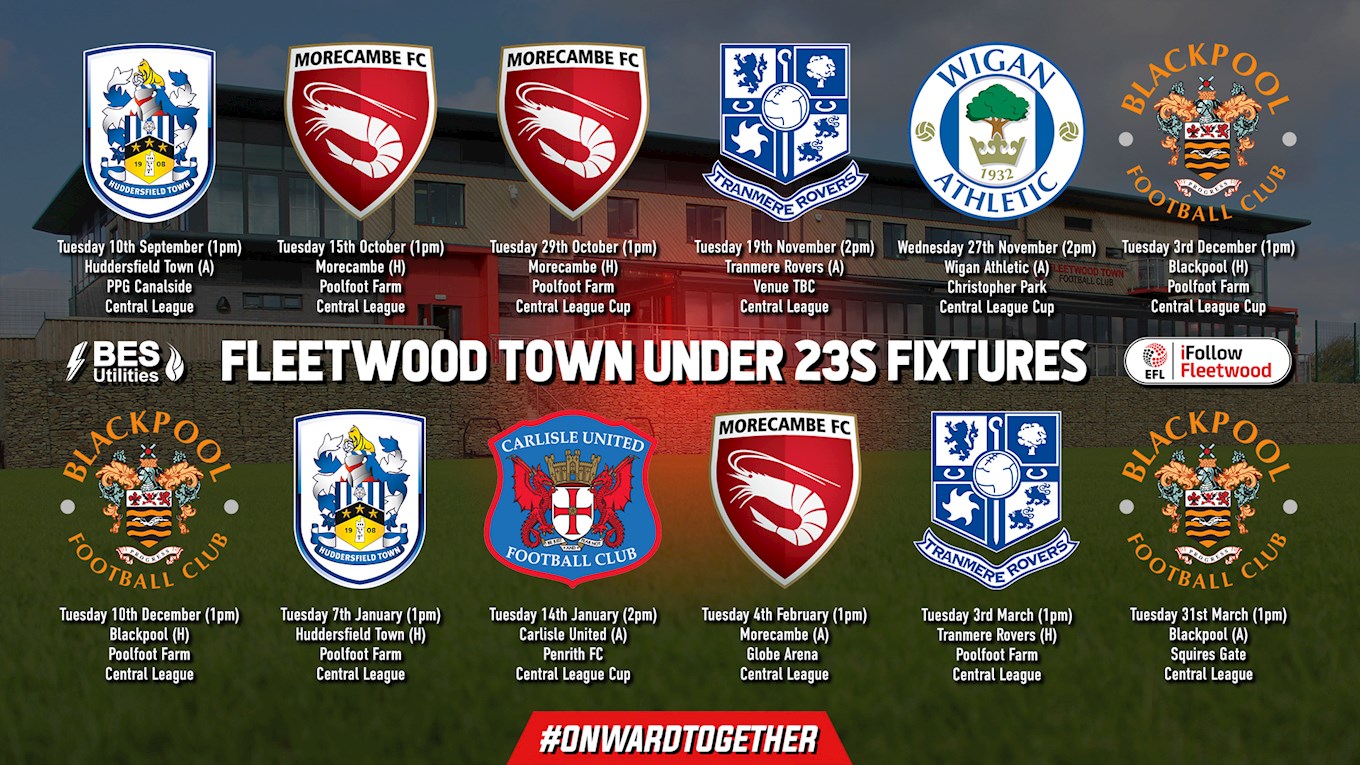