Fleetwood Town head coach has named his 18 man squad for the opening Sky Bet League One match against Peterborough United at the Weston Homes Stadium.

With pre-season now over, all eyes are on to the first match of the 2019/20 season and it's back to the grind of the 46 game campaign for Barton and his side.

After an impressive display against Preston North End in their last outing, Barton has named an unchanged eleven to face Darren Ferguson's Posh. Conor McAleny keeps his place up top with Wes Burns and Josh Morris either side of him, with Paul Coutts, Harrison Biggins and Jordan Rossiter in the midfield.

New signing Peter Clarke gets the nod - who will play alongside Harry Souttar with Lewie Coyle and Danny Andrew in the full-back positions.

Andrew, Morris, and Souttar all make their second debut for the club, with Coyle making his third for the club.

Follow the match on our official iFollow, with full match commentary available for United Kingdom based Town fans at just £5, with oversea Fleetwood fans being able to stream the game for only £10. Click HERE to get your match day package for the match at the Weston Homes Stadium. 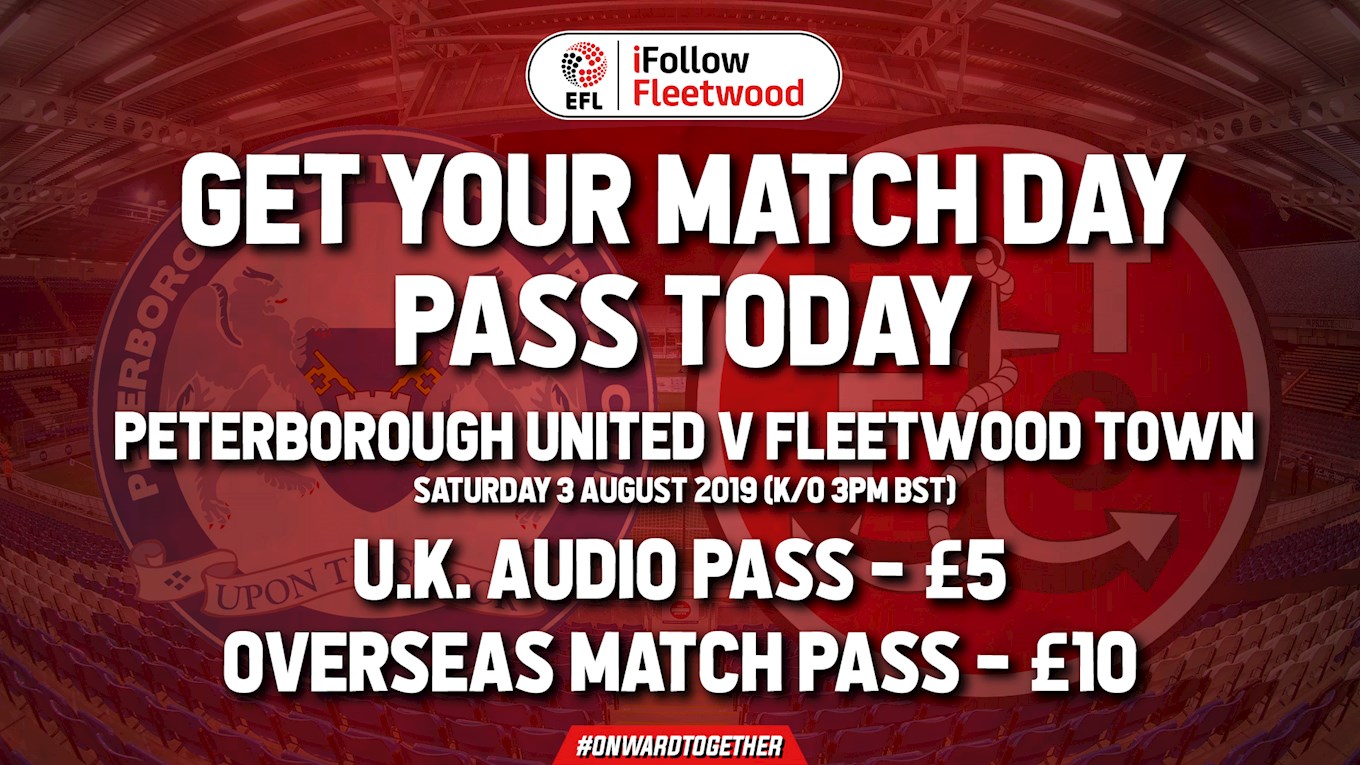