Fleetwood Town head coach Joey Barton has named his 18-man squad for the game against Doncaster Rovers at the Keepmoat Stadium.

With Town playing in midweek against Nottingham Forest in the Carabao Cup, Barton has made three changes to the starting eleven to face Darren Moore's side, with Jack Sowerby coming in for Harrison Biggins, Conor McAleny coming back in for Paddy Madden, and Josh Morris replacing Ash Hunter on the wing.

Alex Cairns starts between the sticks, and with the 26-year-old coming to his home town, he will be looking the keep his first clean sheet of the season here - just like he did last time when Fleetwood won 4-0 back in October last year.

Danny Andrew returns to the Keepmoat Stadium after leaving the club in the summer, and the full-back will be ready to put in a performance against his former side.

Billy Crellin moved to National League side Chorley on Friday afternoon, and that results in summer signing Matt Gilks being named on the bench for the first time this season.

Here is a look at the full squad to face Doncaster in the 3pm kick-off.

If you can't make the game this afternoon, head over to iFollow where you can either stream the game live if you live outside the United Kingdom, or you can listen to full match commentary in the comfort of your own home. Click HERE for more details on the different types of subscription packages available. 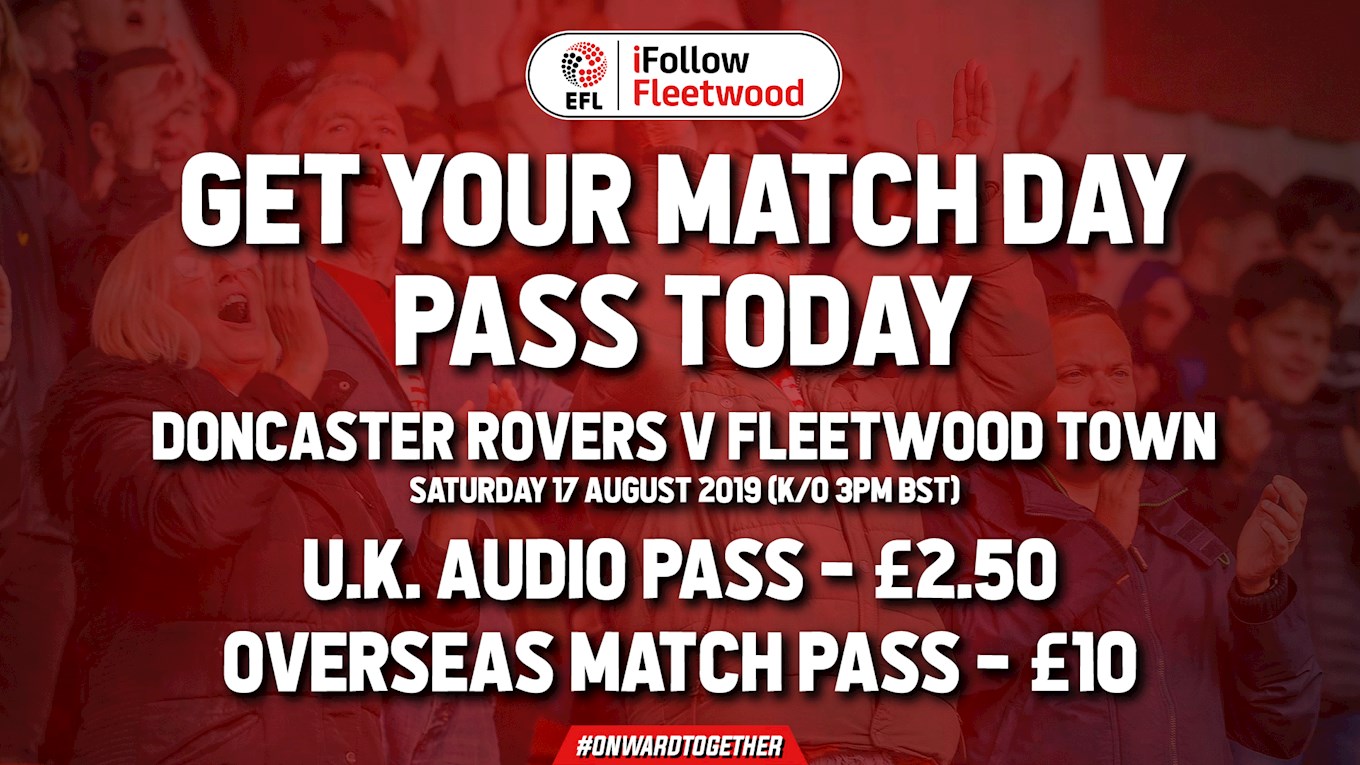