Fleetwood Town are heading to the City Ground to face off against Nottingham Forest in the Carabao Cup first round on Tuesday 13th August. 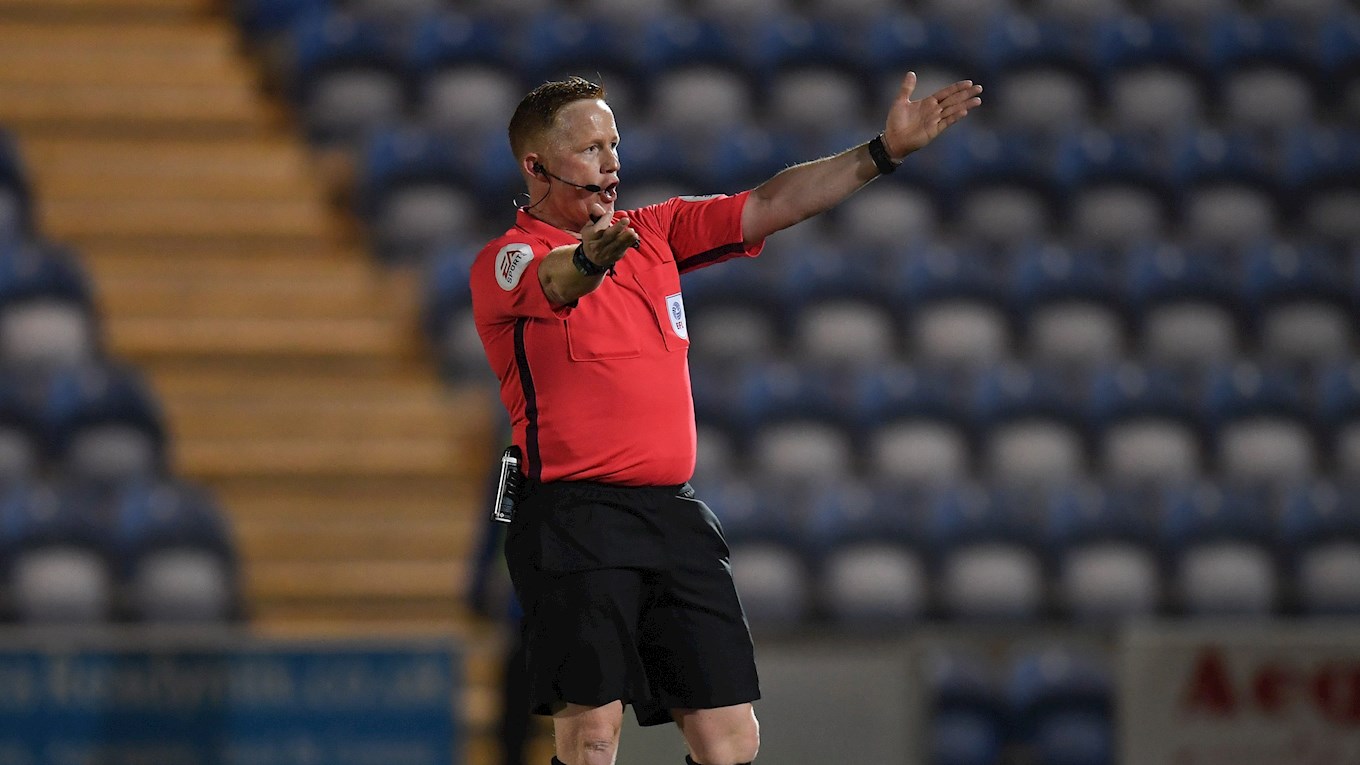 Fleetwood have started off the season exactly the way head coach Joey Barton would have wanted, with two wins from the opening two Sky Bet League One games.

The Cod Army’s first game of the season was a comfortable 3-1 win over Peterborough United at The Weston Homes Stadium. Harry Souttar started the scoring off early, with a headed goal in the third minute. Josh Morris followed that up with a delicate chip over a rushing Christy Pym, and a long-range Danny Andrew finished the game off with a free-kick in the second half.

This was followed with a 2-1 victory over AFC Wimbledon. Paddy Madden and Morris were on the score sheet in the second game, as they completed a comeback after Kwesi Appiah opened the scoring in the first half. 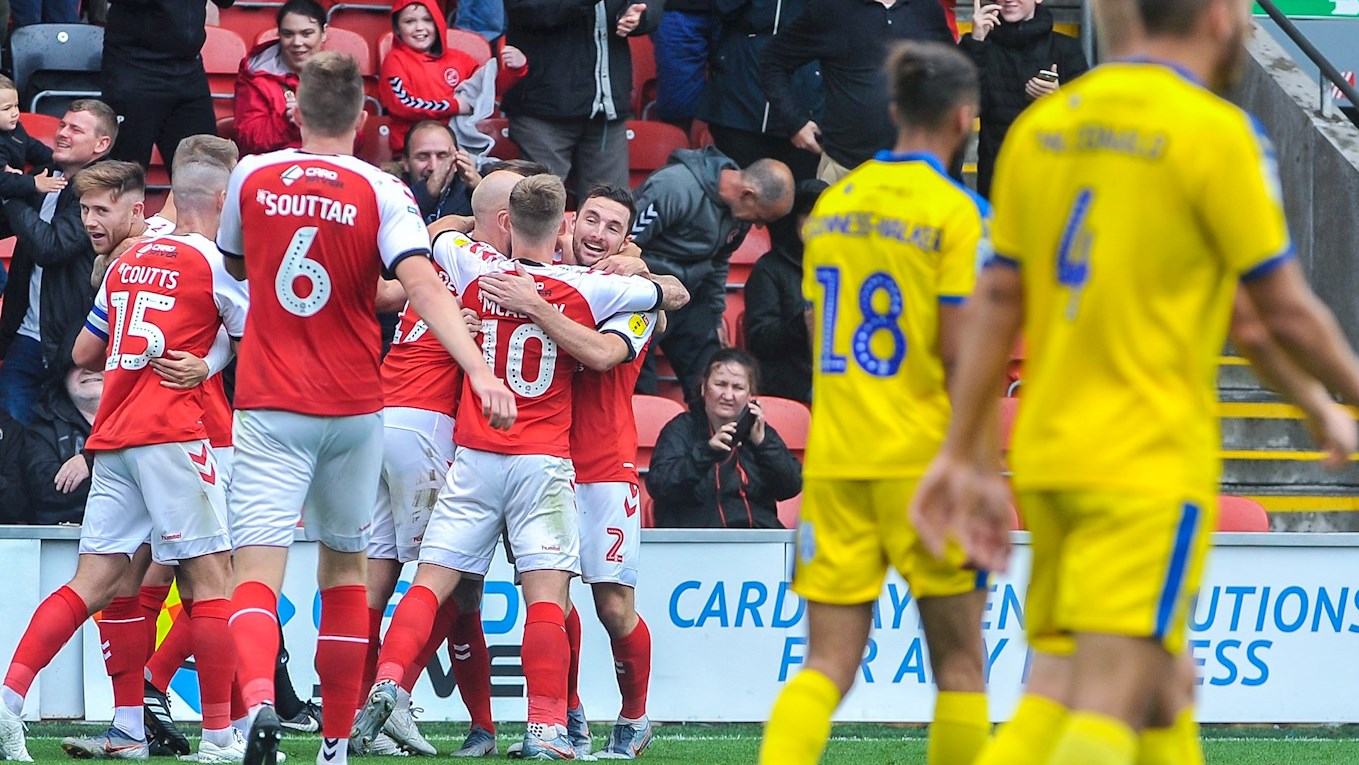 Nottingham haven’t quite hit their stride so far this season, as they sit in 20th position in the Sky Bet Championship after two games.

Forest opened their league campaign with a 2-1 loss to Slaven Bilić’s West Brom. Nottingham took the lead after just eight minutes, thanks to a Matty Cash goal, but The Baggies pulled quickly equalised through Kyle Edwards before Matt Phillips scored the winner.

Forest then travelled away to Leeds United, and a 59th minute goal from Pablo Hernandez put the home side ahead. Nottingham fought hard and it was Lewis Grabban who grabbed a late equaliser meaning each side left Elland Road with a point. 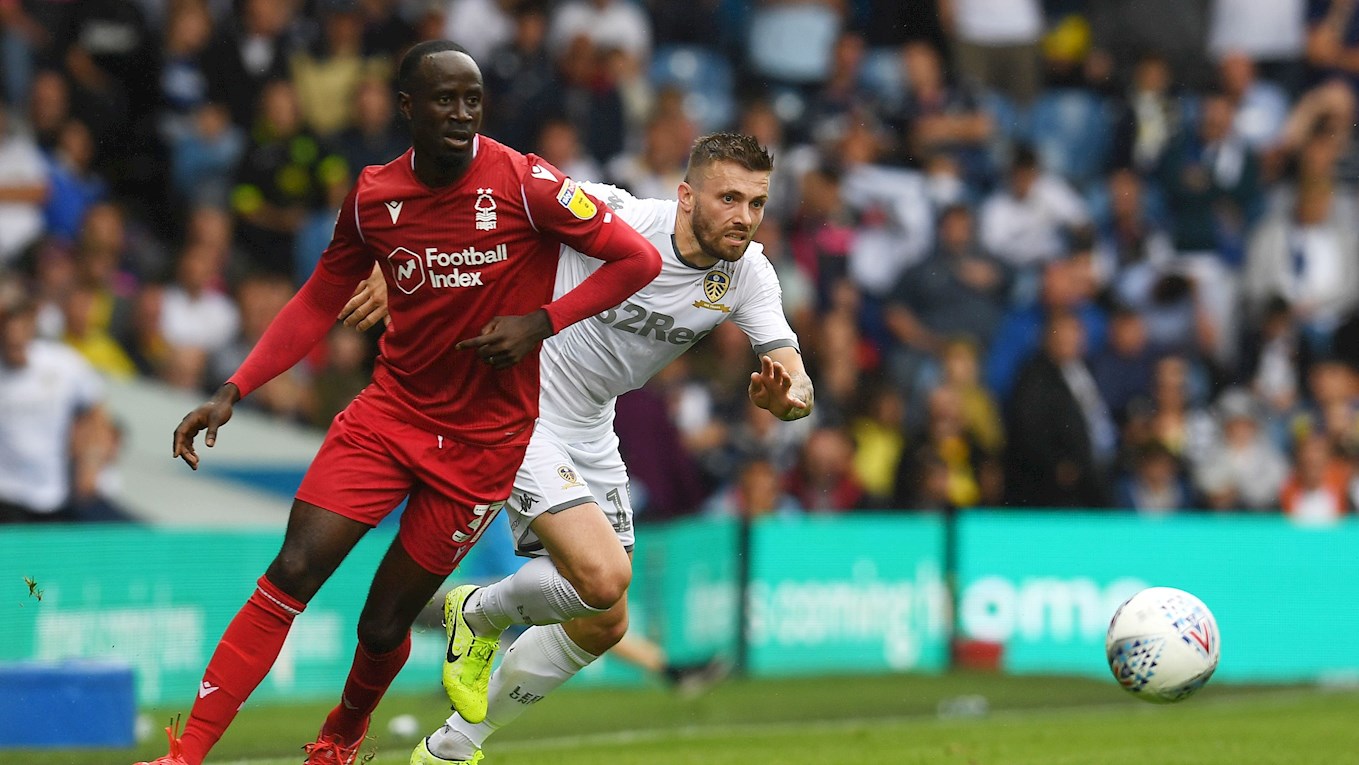 ONE TO WATCH: LEWIS GRABBAN

The player to watch for Fleetwood’s Tuesday trip to City Ground is Lewis Grabban. The forward started his footballing career at Crystal Palace, and whilst there, went out on loan to Oldham Athletic and Scottish side Motherwell.

He then made the move to Millwall and scored his first goal a month after signing against Port Vale. Grabban made 58 appearances and scored nine goals at The Den, before moving on to Brentford in 2011.

After only spending a season at Brentford, he went to Rotherham United to work with one of his old managers Andy Scott. His first goal for the side was on his debut. It was a volley from the edge of the box in a 1-0 win over Oxford United.

A spell at Bournemouth, and an 18-month stint at Norwich City followed, and this is where the forward hit the best form in his career. In his spell at The Cherries, he managed 35 goals in 87 games, before moving to Norwich. There, he scored 13 in 42 appearances, before heading back to Bournemouth.

In his second stint at the Vitality Stadium, he made only 18 appearances and spent time most of his time there out on loan to Reading (three goals in 16 games), Sunderland (12 goals in 19 games and Aston Villa (eight goals in 15 games) respectively.

In July 2018, Grabban made a multi-million pound move to Forest, and after going six games without scoring, he then hit unbelievable form, scored 15 goals in as many games. He scored two more during the 2018/19 season, which made him Forest’s highest scorer in an individual league season in the last decade, beating Britt Assombalonga’s 15 from the 2014/15 season. 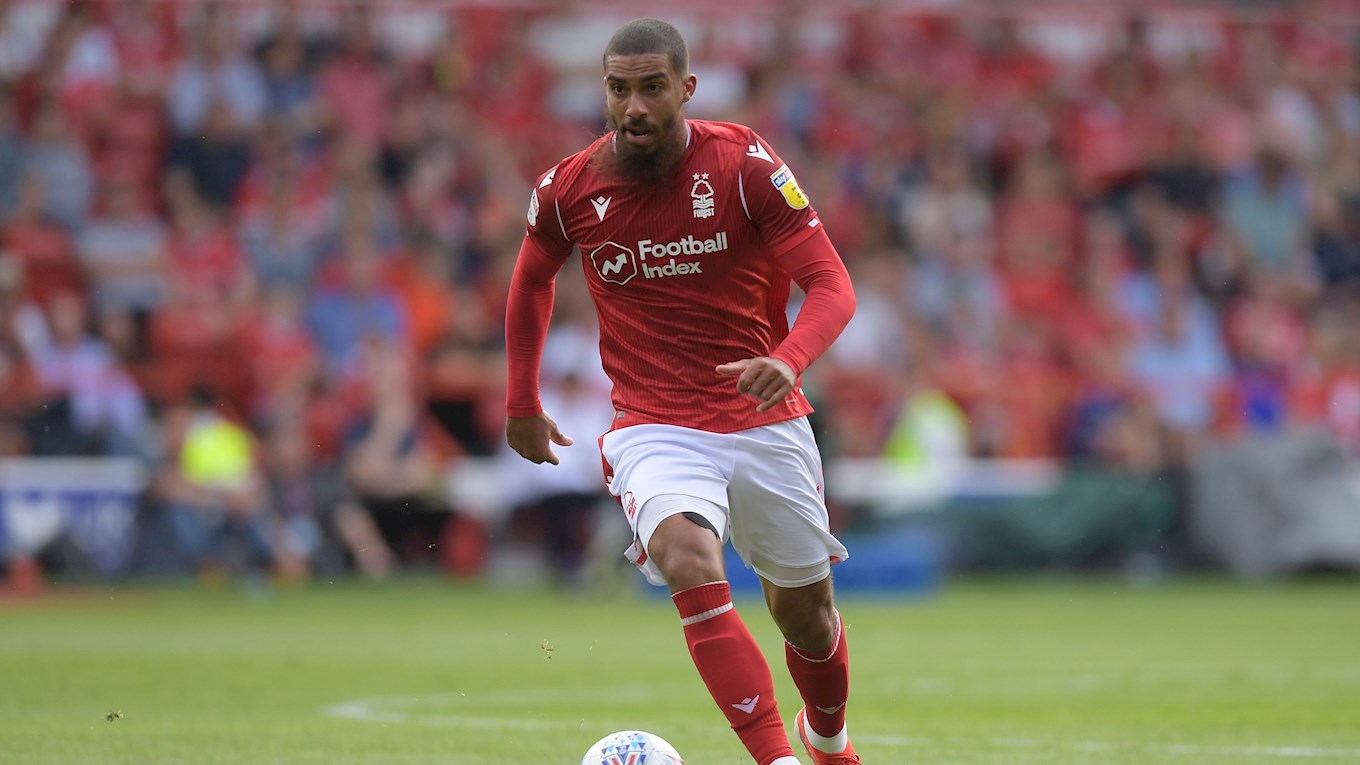 To purchase either match tickets or coach travel, click here or visit the club shop at Highbury. For any questions or queries on this fixture, please call the ticket office on 01253 775080. 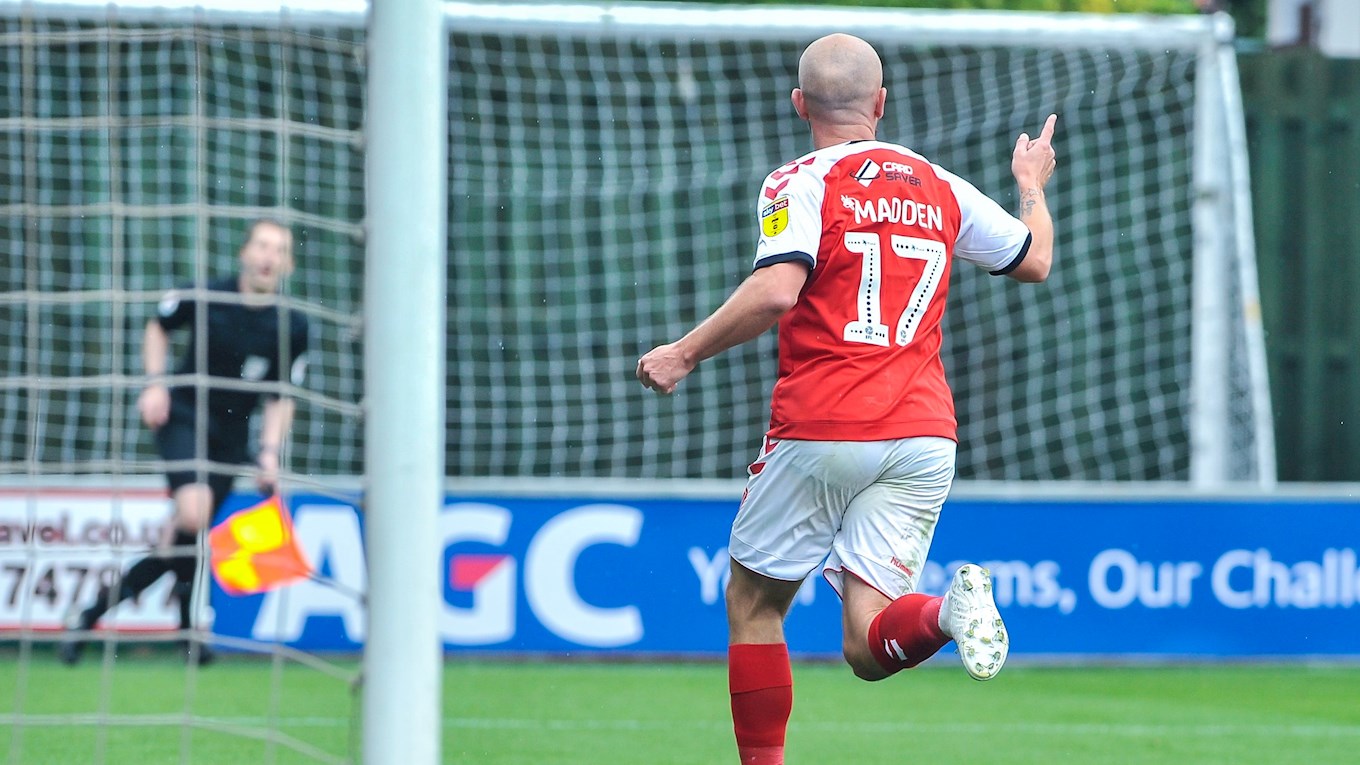 After back-to-back wins, Town supporters their side to win their third game win in a row at 18/5, whereas the hosts at 4/6.

If you fancy backing a goalscorer, forward Paddy Madden is 6/1 to score first, or 21/10 to score anytime during the match at City Ground.

With audio match passes available, you can keep up to date with all that happens on a matchday in the comfort of your own home. 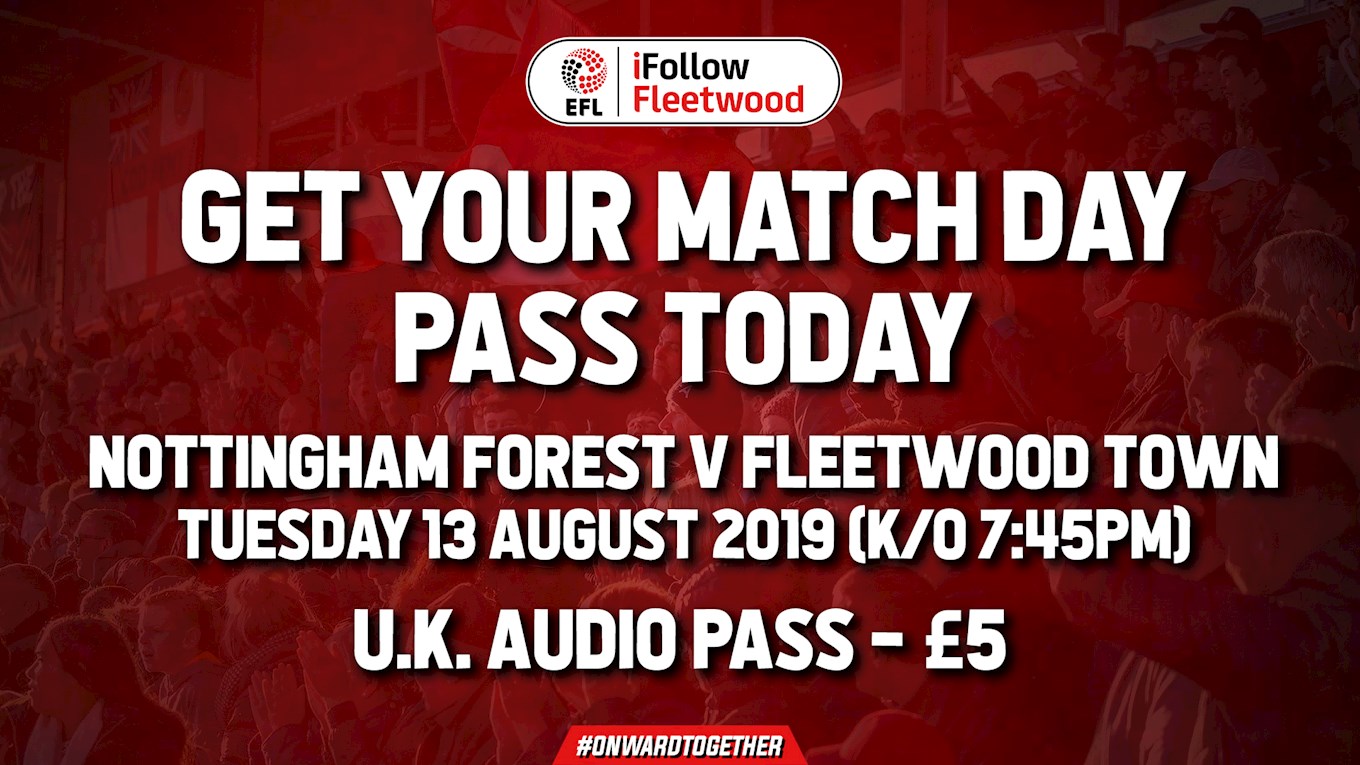