Fleetwood Town head coach Joey Barton has urged the fans to back his side for the remaining seven league matches of the season.

Saturday saw 447 supporters make the trip to Accrington Stanley – with Fleetwood winning 1-0 in the Lancashire derby, and Barton knows the importance of the role the fans play in any game whether it’s home or away.

“That is now the gauntlet thrown down,” said Barton.

“It was great to see so many there. Their support is massive and on Saturday I was so proud of them.

“At the end of the game, I went over to them and to see them cheer for their team, it was just great.”

With momentum now behind the team, Barton reveals it’s now up to the players to keep their levels of performances, which will result in getting even more bums on seats at home, and on the road.

“The players have to perform like that and put a smile on the fan’s faces because at the end the day, that puts bums on seats.

“I am delighted for everyone at this football club. That’s now one down, but we have seven more to go. We have something to play for, it’s a long shot but something for us to aim at.” 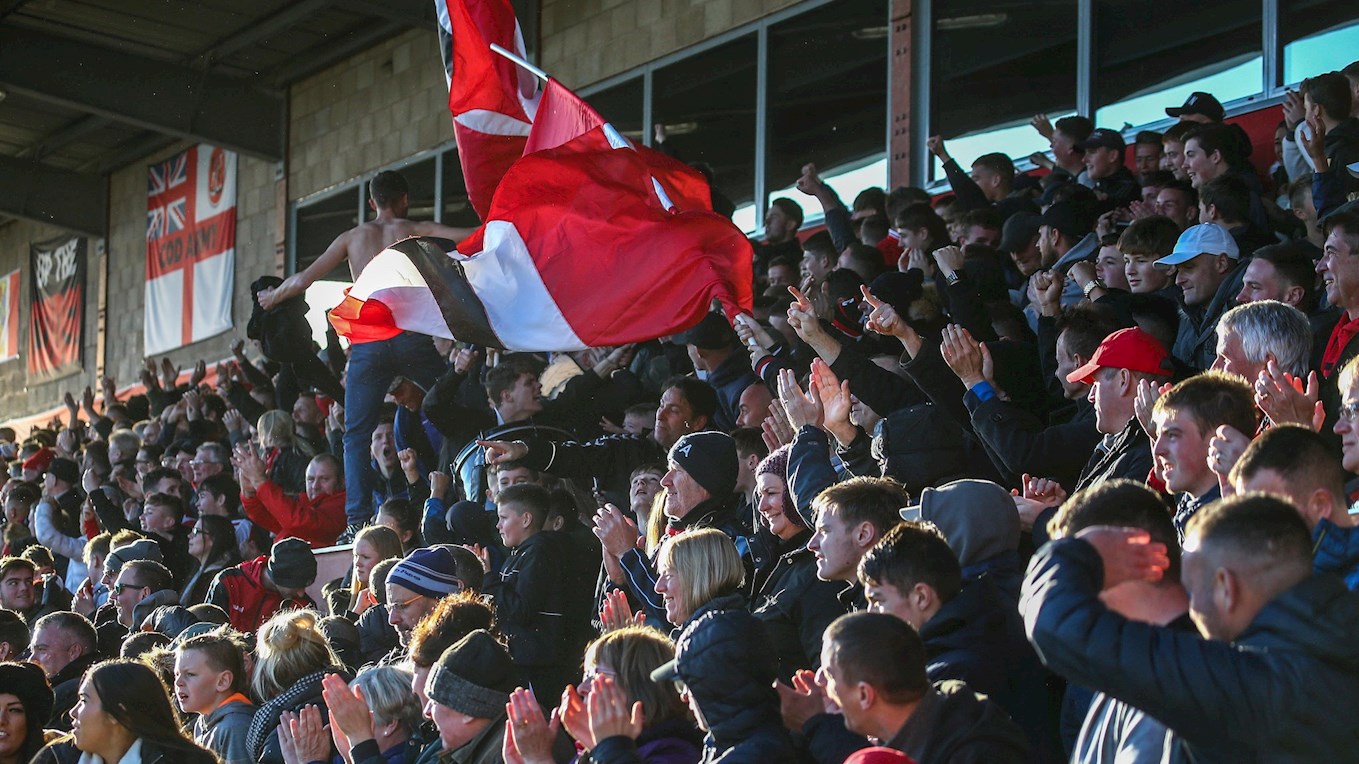 The head coach was amazed at the support from the Cod Army on Saturday and hopes that they replicate that at every game until the end of the season.

“When you come away from home to an intimidated place like Accrington, you need the backing of your travelling supporters and I thought they were absolutely outstanding.

“If they can do that at Accrington, then hopefully they are like that for the rest of the season, because I’m telling you now that makes a difference for the players.”

Southend United are Town’s next opponents in the league (Saturday 6th April) and the head coach wants to see the fans in their numbers for the remaining seven matches of the season.

Here are the ticket prices for the match against the Southend.

Supporters are able to buy tickets and travel over the phone by calling 01253 775080, or buy heading down to the club shop at Highbury, or Poolfoot Farm. Fans can also buy tickets online at the official FTFC Store.