England legends Frank Swift and Jimmy Armfield were honoured with permanent memorials in their hometown of Blackpool on Thursday, courtesy of the Professional Footballers’ Association.

The former Fleetwood Town and Manchester City goalkeeper had his plaque unveiled at Revoe Library, with family and friends attending the unveiling outside the Revoe Library. Swift was born in Blackpool in 1913 and began his career at Fleetwood Town before moving to City in 1932, and went on to help the blues win the league title and also the FA Cup during his time in Manchester.

70-years ago, Frank Swift captained the Three Lions to a sensational 4-0 victory over world champions Italy in Turin, a day his family will look back at fondly.

He later worked as a journalist for the News of the World, and was tragically killed in the Munich air crash in 1968, along with majority of Matt Busby's great Manchester United team that played in the European Cup match against Red Star Belgrade.

Tony Collier, the Former Players’ Association secretary went as a representative from Fleetwood and gave a heart-warming speech about Swift and what legacy he has left at the club. Even though the goalkeeper only made 19 appearances for Town, he will always be remembered.

He said: “It has been an honour to stand amongst many of Frank’s family and loved ones today. The football club are proud of what he had achieved in football, and as a very recognised journalist.

“He will be remembered by all at Fleetwood Town Football Club, and also at the clubs he went on to represent.

“This wouldn’t have been possible without the support of his friends, and the PFA, so for that we are much appreciate.” A relative of Frank Swift, Steve Hardman was at the ceremony for the Swift family and was overwhelmed by the support of all involved, and was delighted to see the plaque be shown to the public at Revoe Library, 100 yards from the house where Swift was born.

He added: “Today is an emotional day for us all. I am devastated Isla [Frank Swift’s daughter] couldn’t be here today to see this, but I know she will be looking down on us with a huge smile on her face, feeling so proud of her father.

“We want to thank the PFA for their hard work, and all those involved because without them, none of this would have been possible. We are thrilled to see Frank’s plaque up on the wall.”

The PFA Chairman Gordon Taylor attended the unveiling on Thursday, as well as officials from Manchester City, Blackpool, Manchester United and Fleetwood, with family members of both men present. 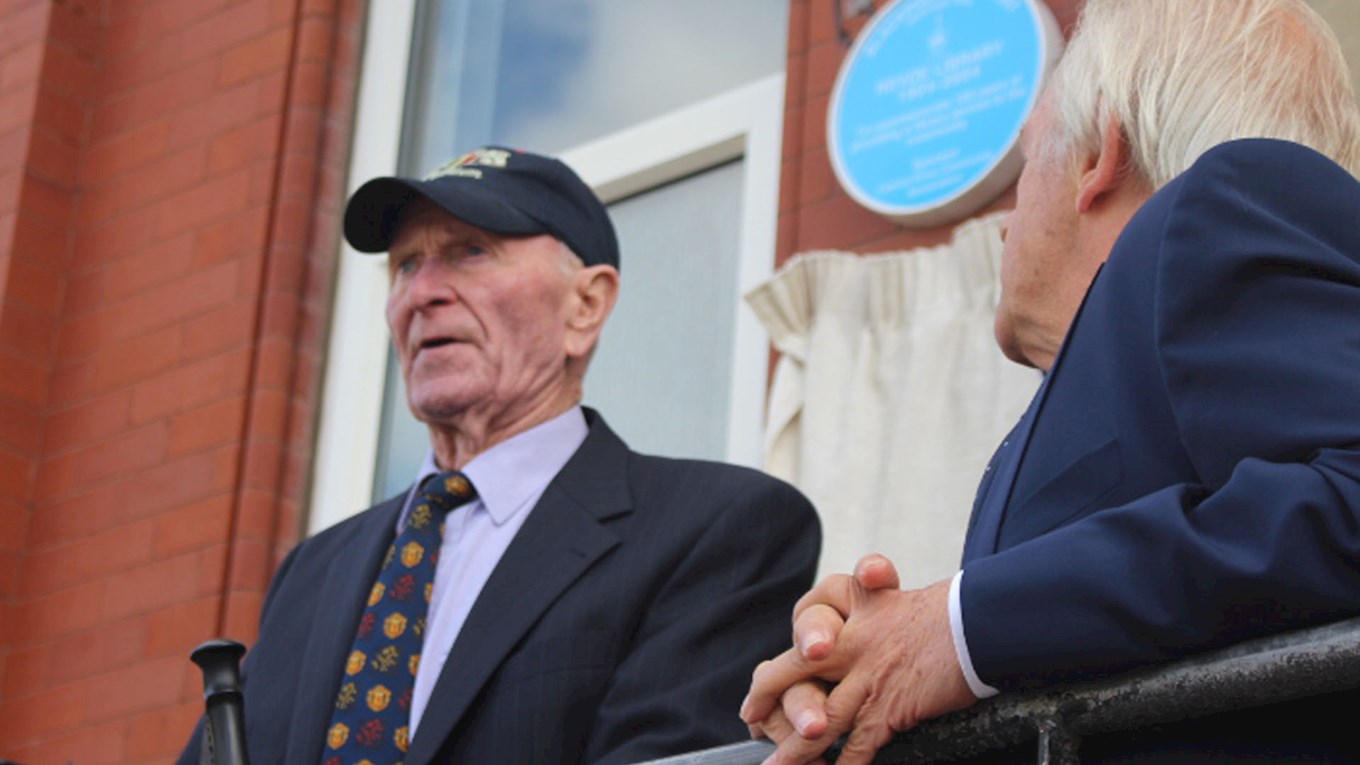 Harry Gregg – the former Manchester United goalkeeper – was at the unveiling and spoke passionately about both Frank Swift, and Jimmy Armfield (who also had a plaque unveiled on the day) and told numerous stories of the two. Both Swift and Armfield made an impression not just on the football pitch, but also in their home town of Blackpool.

The club would like to thank the PFA and everybody involved for their hospitality.