Liam – a student at Thornton Primary School, located just around the corner from the club’s training ground – won a competition to be the club’s mascot for the Checkatrade Trophy tie against Leicester City, and has since seen his love affair for the Cod Army flourish ever since!

Both Liam and his family attended the game at Highbury for the first time, and following the success of the mascot package, have become regulars at Town home games, with Liam even buying a new Hummel strip!

Liam was treated on Tuesday afternoon to come and watch his team train at Poolfoot Farm, which included a meet and greet with head coach Joey Barton, and his favourite player Bobby Grant. 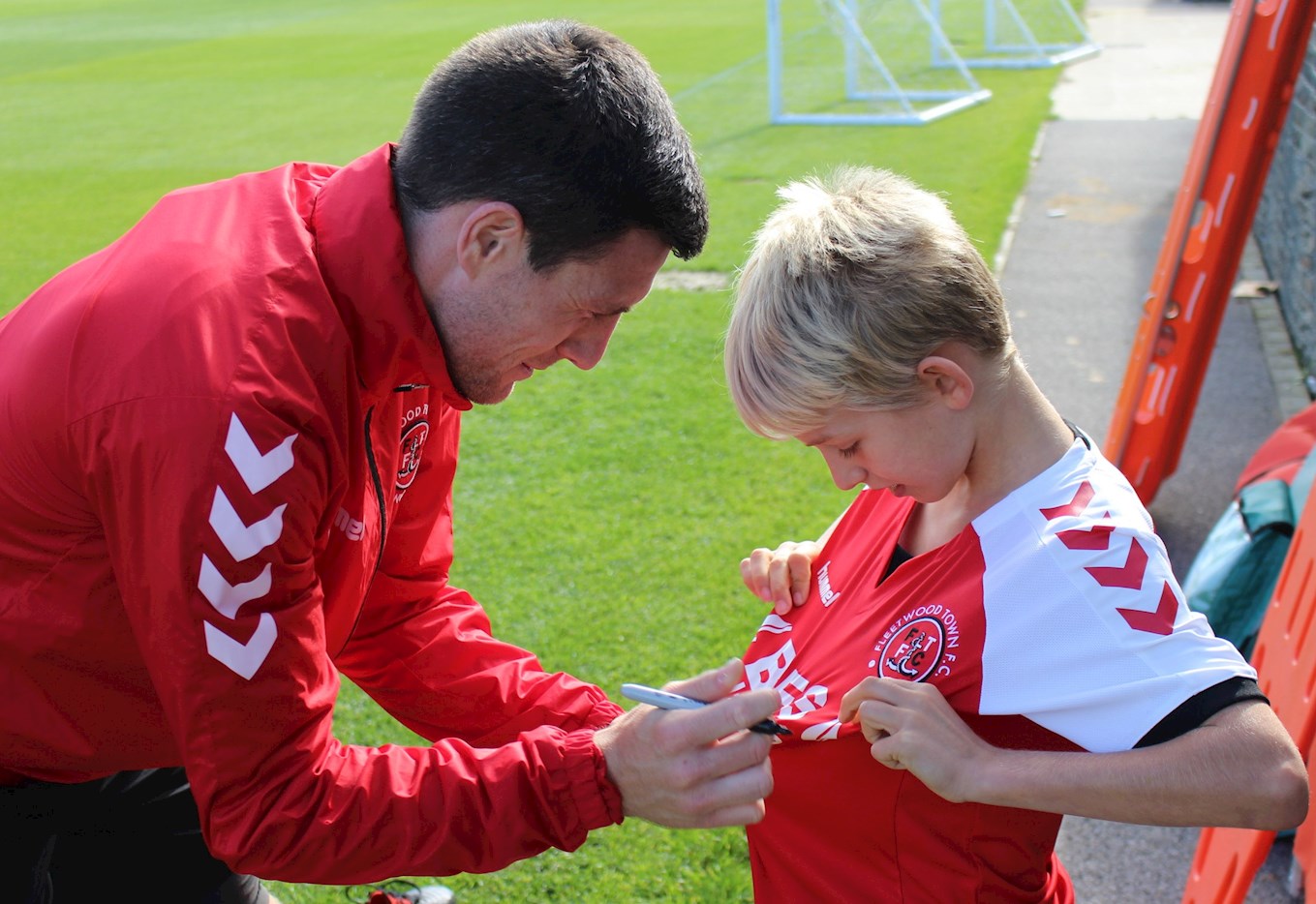 “Being a mascot for me was so special, and now to come and meet the players is amazing!” said Liam.

“I’ve been to the Accrington match since and I hope to the team can win this weekend against Barnsley. It was great to meet Joey and my favourite player Bobby – I got my shirt signed by all the players – I’m never going to wash it!”