Poolfoot Farm was the place to be this weekend with numerous sporting activities taking place on site on both Saturday and Sunday.

The weekend saw the start of the new amateur 2018/19 season, the continuation of the development sessions and also the finale of the walking football Lancashire league.

With the age range of participations being between three and 63, with both males and females being involved, it was fantastic to see the whole complex thriving from the start on Saturday, to the close of play on the Sunday.

Partner club Fleetwood Town Juniors kicked us off on Saturday as they began their Poulton District Primary League fixture for the coming season, and it was a match that saw plenty of goals. The adult amateur football season is underway, and will now see Anchorsholme FC play at Poolfoot Farm on a weekly basis. 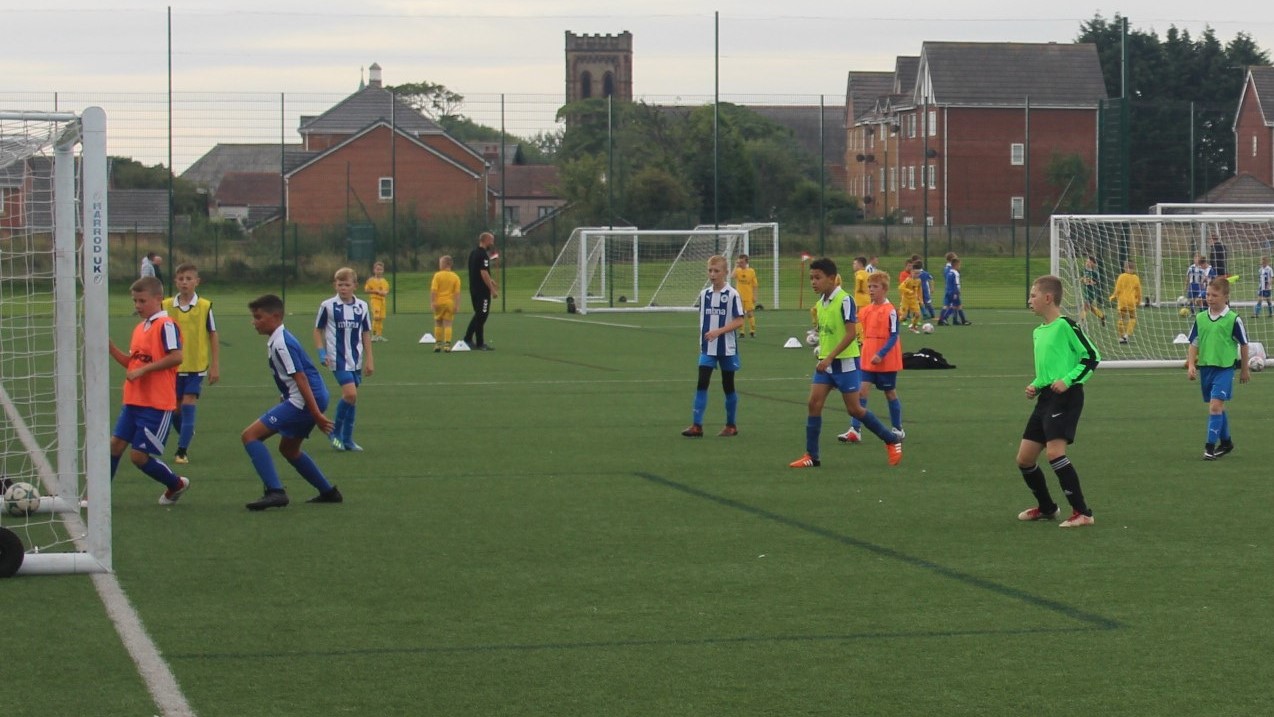 Sunday saw over 150 young female footballers from 6 years old start their journey on the football pathway, as Poolfoot hosted a round robin for the 16 teams that took part; whilst at the same time, a similar number were representing professional clubs from Fleetwood Town, Accrington Stanley and Chester City FC.

The afternoon saw the vintage players of our generation take to the pitches as guests of the Fleetwood Town Flyer Walking Football Club. The finale of the Lancashire League took place with teams from Blackpool, Blackburn Rovers, AFC Fylde, Fleetwood Town and Bolton vying for the coveted Champions trophy.

After a very competitive round of fixtures, it was Bolton who took the top spot with a 100% record, with our own FTFC Flyers coming runners up. An enjoyable afternoon for all involved.

The club’s CEO Steve Curwood and Technical Director Gretar Steinsson were present on the day to take in the atmosphere, and also present the trophies to the winners of the tournament. The former Wanderers player was a huge fan favourite at the Reebok, and the Bolton Walking Football team were delighted to have had the opportunity to receive the trophy from him. 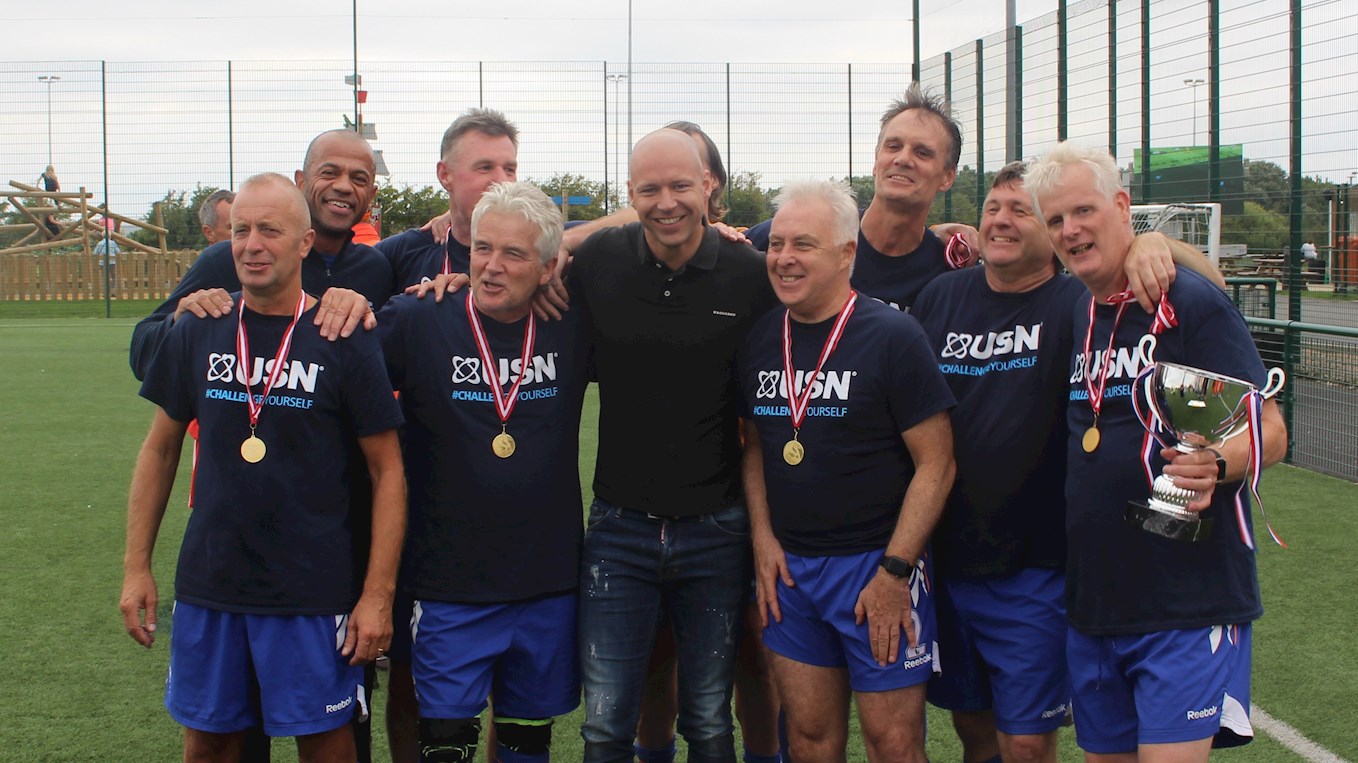 Fleetwood Town Wrens Ladies FC started off their season on Sunday against Wigan Athletic Ladies. This is the second season the ladies have been part of Fleetwood Town. The quality and commitment on show was outstanding and after a hard fought game, a late Wigan goal denied Fleetwood Town a win and saw the match finish off on goal a piece.

The action packed weekend was eventually rounded off with a Charity 6-a-side event involving parents and coaches from the girls section of Fleetwood Town Juniors.

This event was arranged to bring families together, and to also raise funds for the coming season for a section of the club and community, which has seen a huge demand in participation. 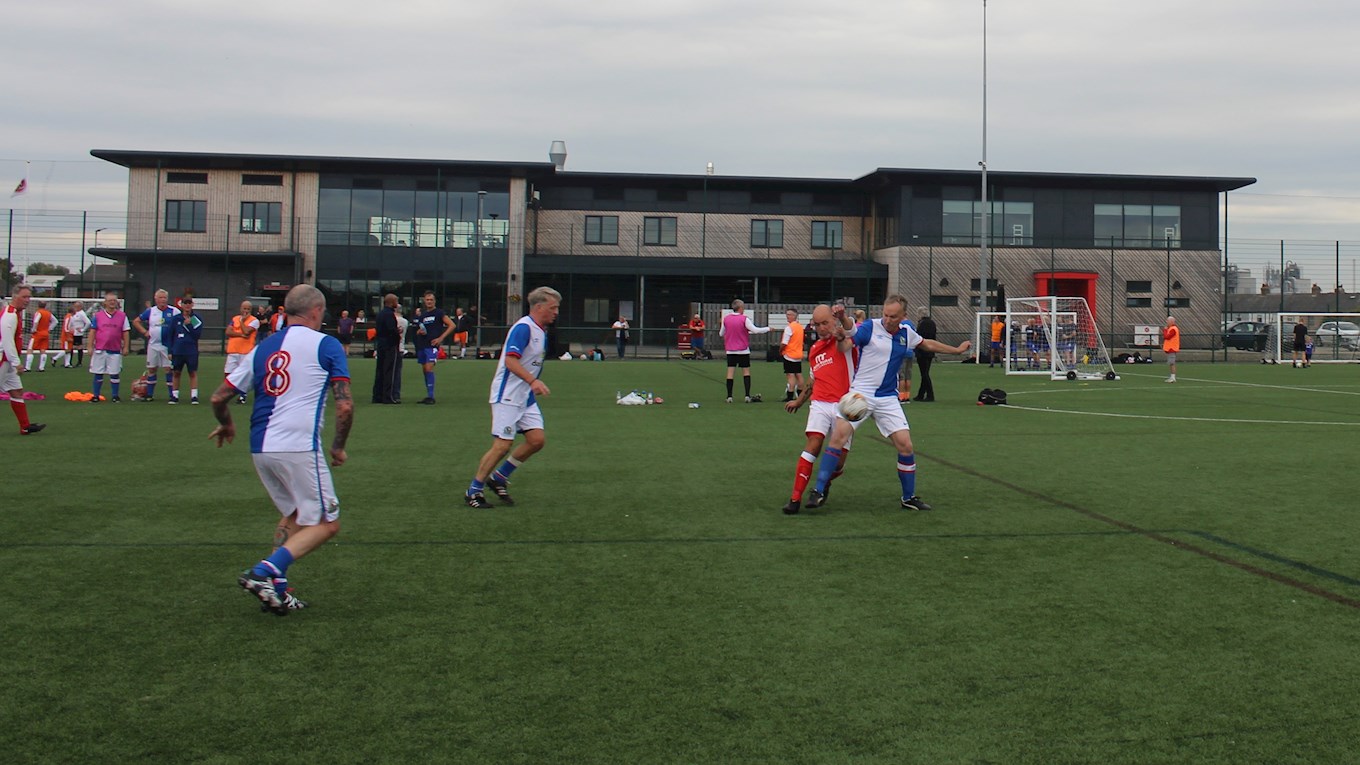 Curwood, said on the weekend: “This weekend yet again shows the part that Poolfoot plays in enabling participation in sports across every age and gender. The pathways are clear to see for both boys and girls in terms of their aspirations.

"Seeing not just the pitches full of energy, but also the Crossbar & Grill is a reward for all the passion and commitment that the members of staff have here at Fleetwood Town."