Fleetwood Town travel down to Home Park to face Plymouth Argyle this Saturday afternoon (3pm kick-off) as both sides look for a positive result in Sky Bet League One.

The Cod Army go into the match as slight favourites with the bookies, though will expect a tough challenge from their opponents. Plymouth lost their last match 5-1 against Luton and currently sit in 22nd position in the league, compared to Fleetwood who sit in 12th place.

Fleetwood drew their last match 0-0 against Walsall at Highbury, keeping a first clean sheet of the season at home. Prior to that, Joey Barton’s side had played two cup matches – ending with one win and one loss. 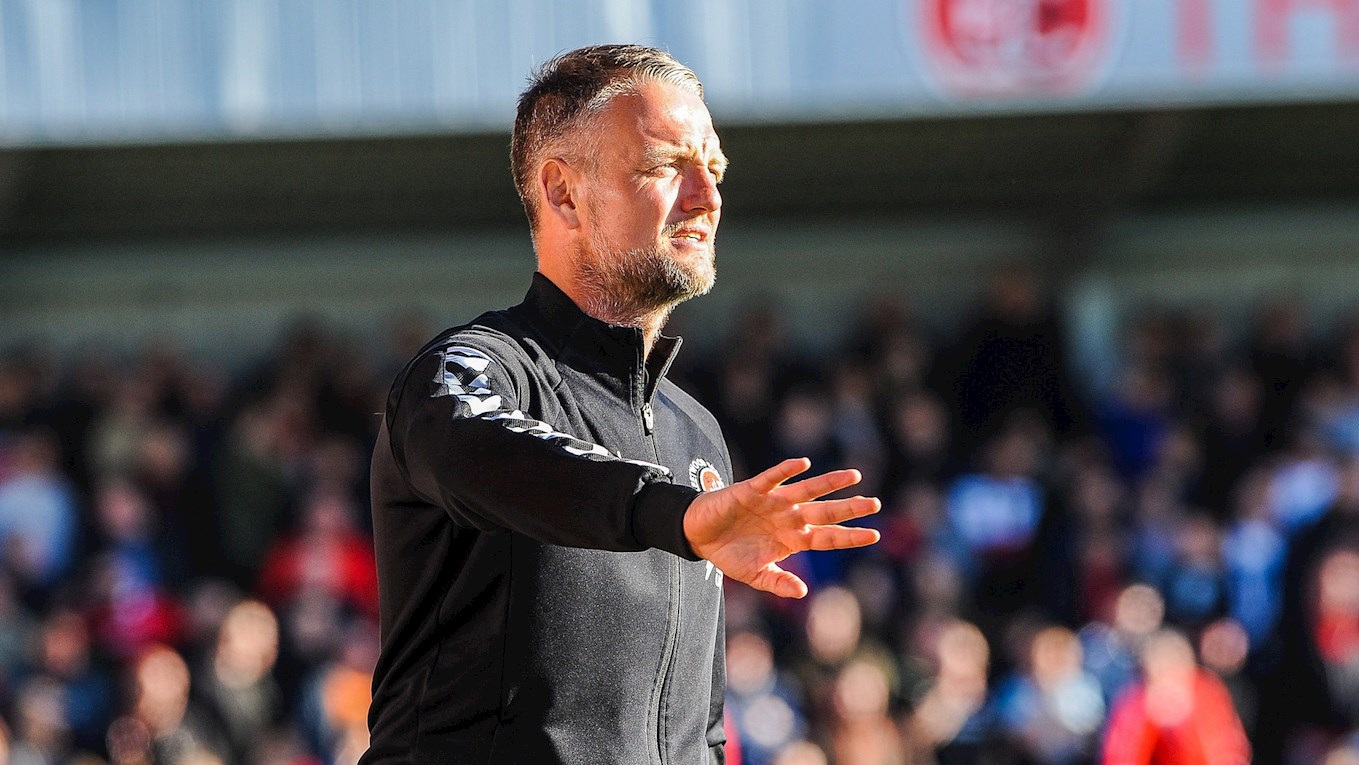 “This will be a tough game obviously. They’re coming off the back of a bad result so you’re mindful of they’re going to respond in some way.

“What we’ve got to do is not be complacent. Yes, the team has lost 5-1 but it’s probably not going to happen again in the next game because there’s going to be a response.

“We have to be in the mind that it is going to be a tough game, a long travel, a difficult place to go really. So, we really just have to make sure we’re on our A game because we don’t want to give them an uplift in their results.

“We watched them when they beat Scunthorpe, watched them get beaten by Luton, so I think they’re a bit up and down in terms of results.” 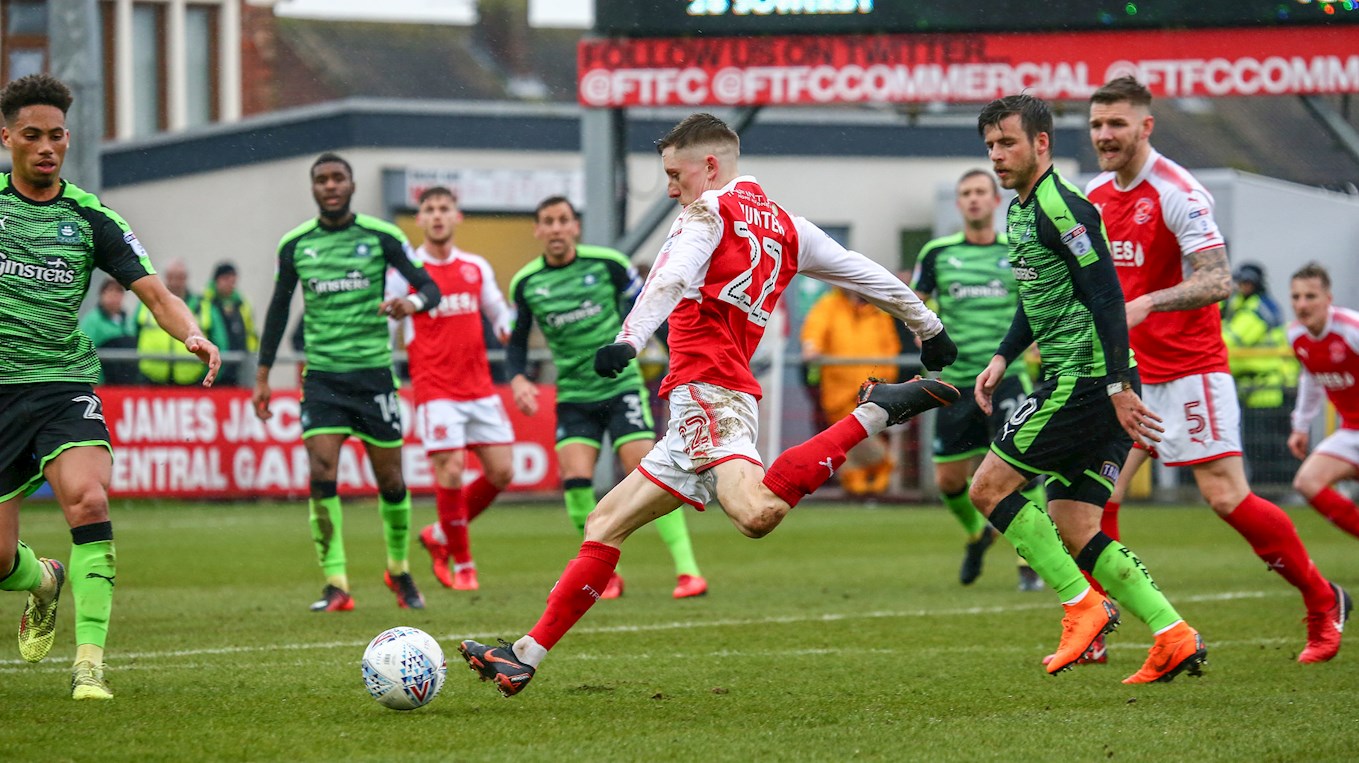 The two sides last met in March last season at Highbury, where the points were shared following a 1-1 draw. In front of 3,079 fans, Plymouth took an early lead through Moses Makasi, before Paddy Madden’s second-half equaliser leveled the scores.

Fleetwood will be looking to go one better this season and secure a good away win, with the three points potentially moving them up to 11th in the league table. 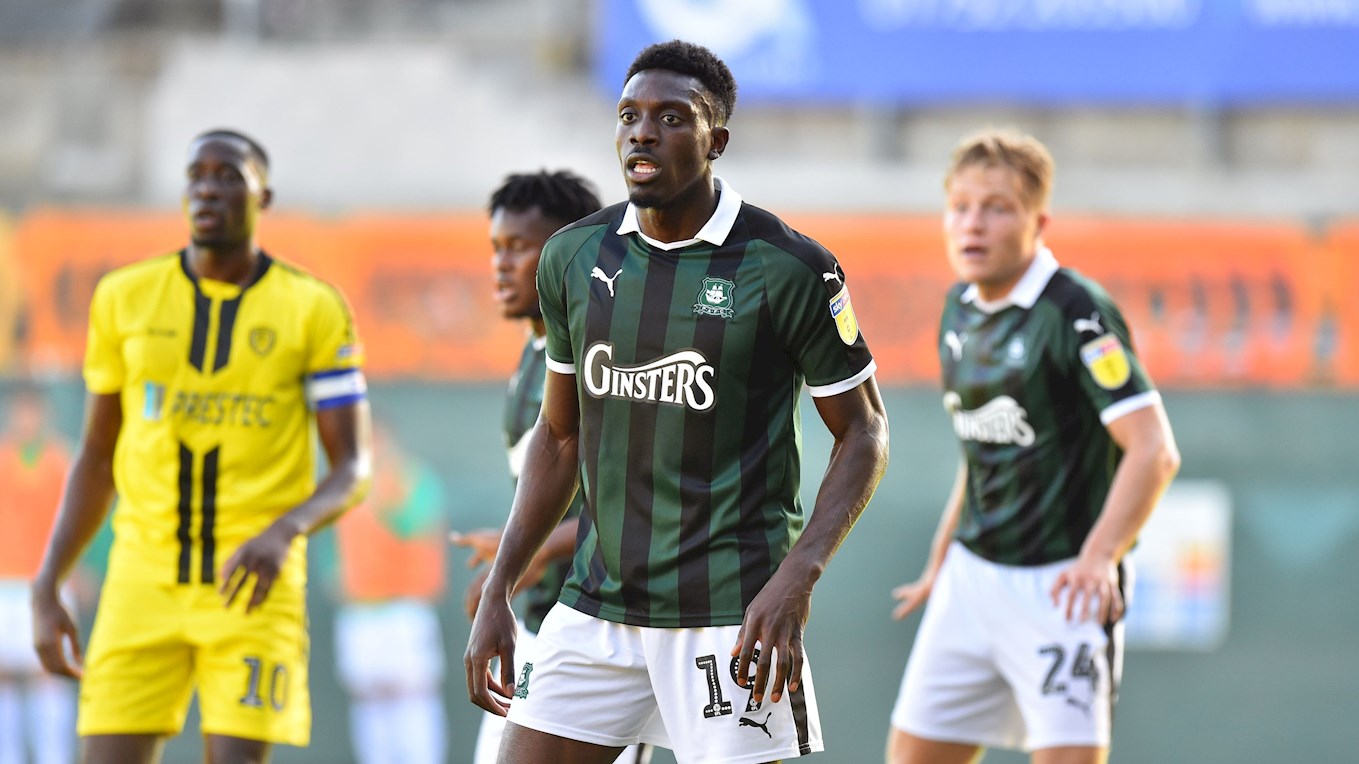 Freddie Ladapo is The Pilgrims’ ‘One to Watch’ for this Saturday’s clash at Home Park, with the ex-Crystal Palace striker proving to be Argyle’s main source of goals so far this season. The 25-year-old has seven strikes so far this season in League One.

The Romford-born striker made his professional debut at Colchester United, before spending several seasons playing at a number of clubs at non-league levels. He found his form on a loan spell at Grays Athletic, before becoming relatively prolific in the 2015/16 season with Margate.

He was then picked up by Premier League outfit Crystal Palace, playing mainly for the development squad. However, he did make a sole top-flight appearance as a substitute away at Old Trafford against Manchester United.

He also spent time on loan at Shrewsbury Town and Oldham Athletic while at Crystal Palace.

In January 2018, he moved to Southend United for an undisclosed fee and made 10 appearances before being released at the end of the season. From there he joined Argyle and found goalscoring form again this season.

The Cod Army enter the game as slight favourites, given their better league position compared with opponents Plymouth. Town are priced at 8/5 to win, with a draw available at 23/10.

Despite being the home side, Derek Adams’ side are currently 17/10 to win the match, with a win putting an end to their back-to-back defeats in the Sky Bet League One.

Plymouth dangerman Freddie Ladapo and Town midfielder Ched Evans are joint favourites to be the first goalscorer in the match at 9/2, while they’re both 13/8 to score within the game.