Fleetwood Town Community Trust held a Children in Need day at local Primary School, Flakefleet and raised £141 on the day which saw all the children and staff get involved in fun activities throughout the day.

With Children in Need officially kicking off on Friday evening on BBC One (7:30pm), the Trust and Flakefleet teamed up for an action packed day which started off with the whole school taking part in a ‘Super Movers’ assembly in the main hall, with Pudsey Bear leading the way on the live feed, courtesy of the BBC Teach programme. 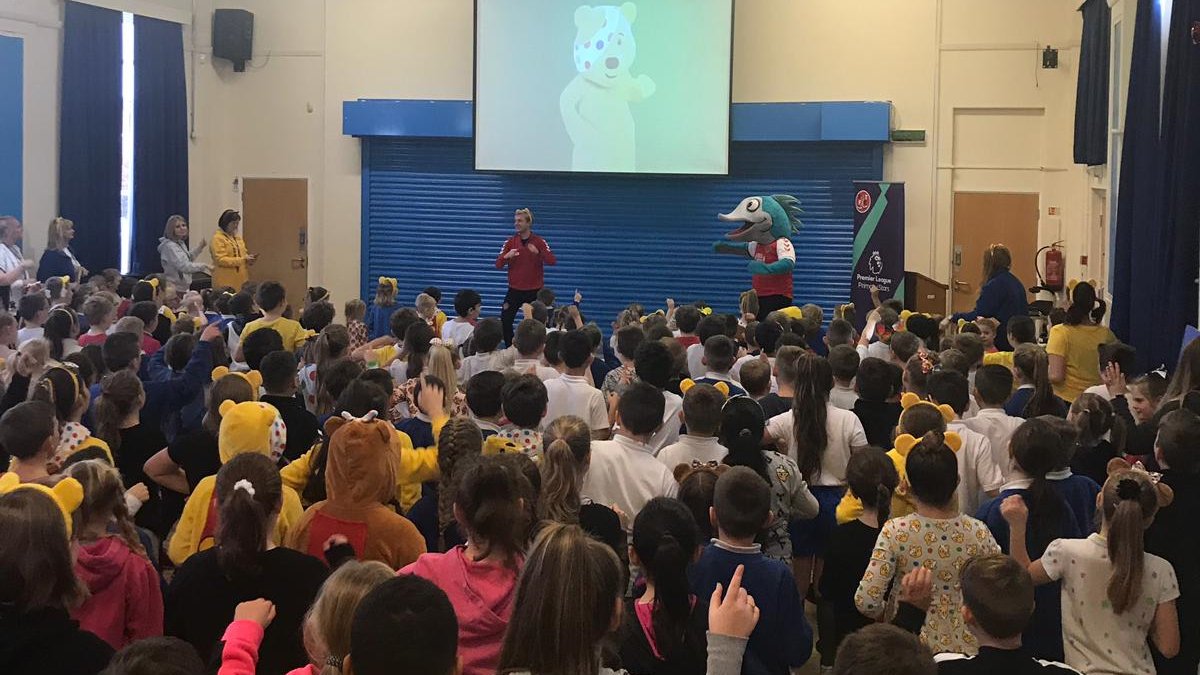 That wouldn’t be the only time that Pudsey Bear appeared at Flakefleet, he later then turned up with the BBC and BBC North West Tonight. With the children on the pavement outside the main entrance, Pudsey walked around the corner with Dianne Oxberry and Steven Saul from the show with loud cheers from the pupils and a huge amount of excitement from the local community.

Throughout the rest of the morning, each class went back to their classrooms to take part in more activities set by their class teacher, before heading for lunch and preparing themselves for what was the come in the latter stages of the day. 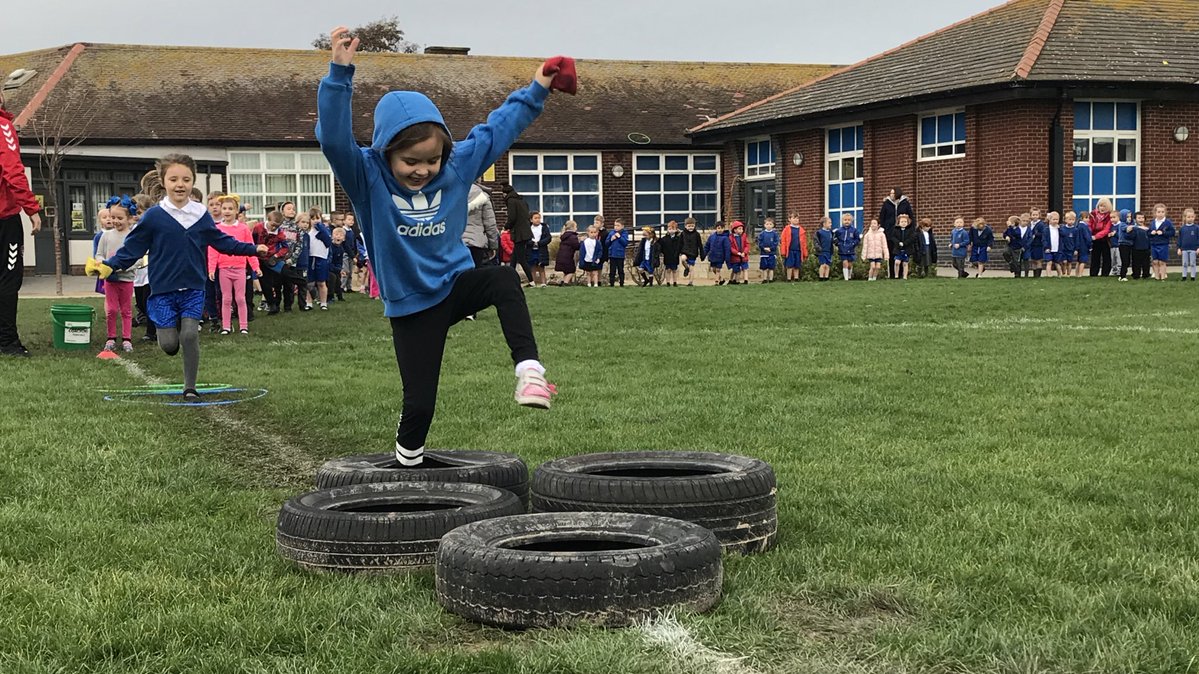 With the children inside, two members of the Trust, Ash Moreau and Mike Tallentire set up a challenging obstacle course for the Key Stage One children. This saw different sections around the school field which included a quick feet tire challenge, walking the wooden plank, and a low crawl obstacle which saw the children go under a piece of netting.

A penalty shoot-out then took place on the MUPA with the pupils from Key Stage Two, and our very own Captain Cod was between the stick trying to save the penalties from the children. 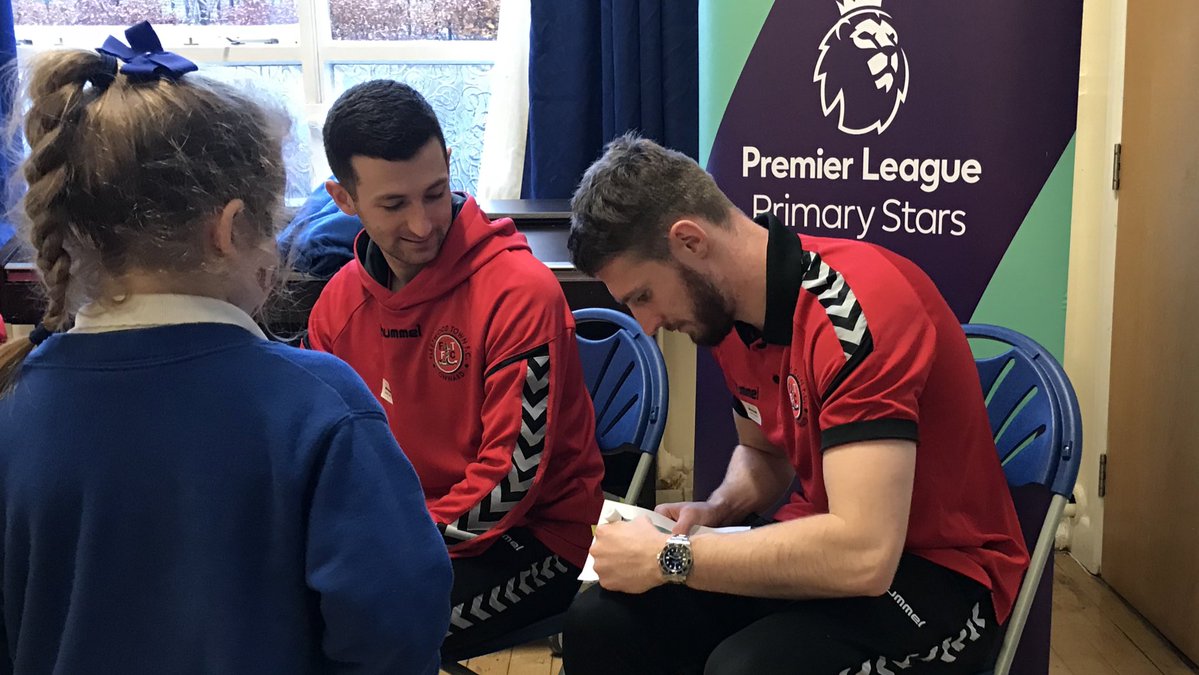 For the final part of the day, the school opened its main hall for the parents and children to buy cupcakes, name the teddy bear, and also to meet and greet not one, but two Fleetwood Town players in Jason Holt and James Husband.

From posing for pictures with parents and children, and signing shirts and the new team photo, the players helped raise £141 for Children in Need, which will go towards the school’s grand total on Friday.

We’d like to thank all the members at Flakefleet for allowing us to be part of their Children in Need day. It was great that the school featured on BBC North West Tonight and I’m sure huge amounts of money will be raised for such an amazing charity!