The Poulton District Primary League Coulton Cup returned to Fleetwood this weekend, with age groups from under 9s to under 16s taking part in the annual event, to see if their team would win the Cup or Plate Final.

Saturday saw the opening match kick-off between BJFF Blades Blue and St Annes Vipers under 9s. The game finished 2-2 sending the tie to penalties, and it was BJFF who secured the win after winning on penalties.

With games coming thick and fast, next up was the under 10s final match with Foxhall Juniors and Kirkham Juniors Blues playing out a five goal thriller with the blues coming out 3-2 winners in the morning. What a fantastic advert for kids’ football.

The under 11s final was between BJFCC Blades Whites and St Annes Greens and it was the Whites who took home the trophy after a 3-0 win over the Greens. It was a successful Saturday for BJFF with two titles coming back to their trophy cabinet.

Poulton Youth Dynamos took their game against Clifton Rangers Wasps to penalties after the match finished 2-2 in the sunshine at Highbury Stadium, and it was the team in the red and black stripes, the Dynamos who lead the celebrations in front of the press box.

Poulton’s under 15s couldn’t repeat the glory in their match against Clifton Rangers Wasps under 15s, with this match also going to penalties, the wasps’ goalkeeper swarmed up numerous penalties to take plaudits in their cup final win. 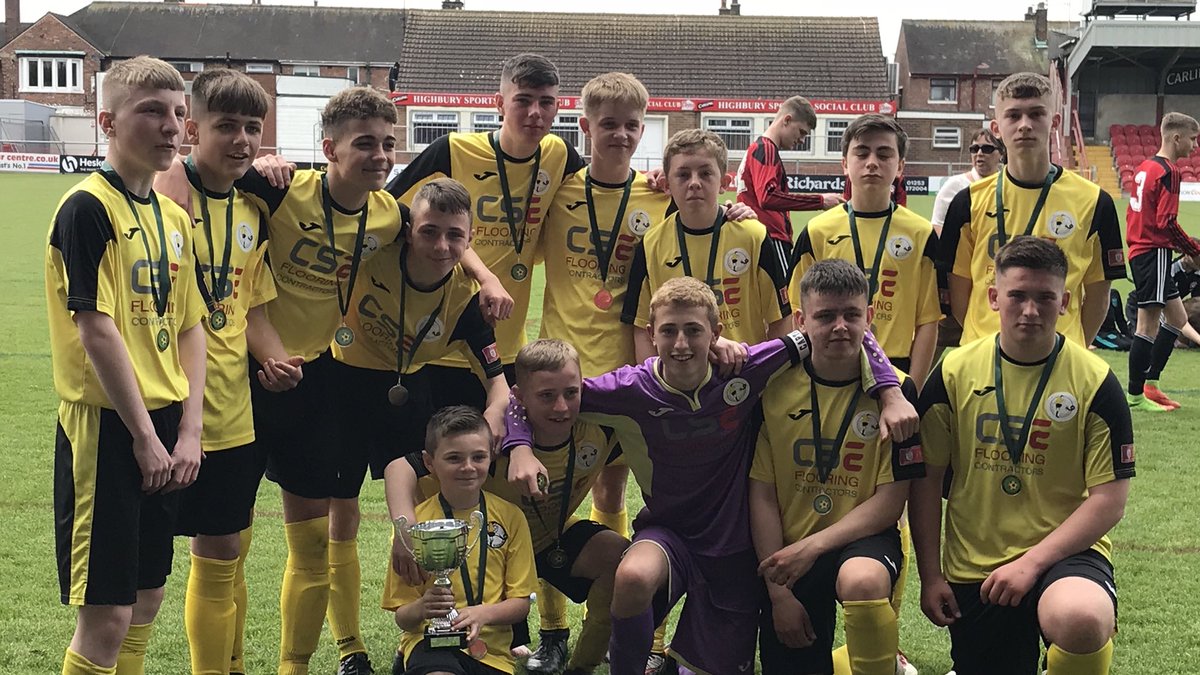 In the final match in the Cup Final section, it was a battling game between BJFF Blades and Thornton Cleveleys under 16s with Thornton taking advantage of the conditions and scoring a third goal to secure the win, and also lift the league trophy on the day too. Well done to all of the teams who made it to the finals weekend at Highbury. 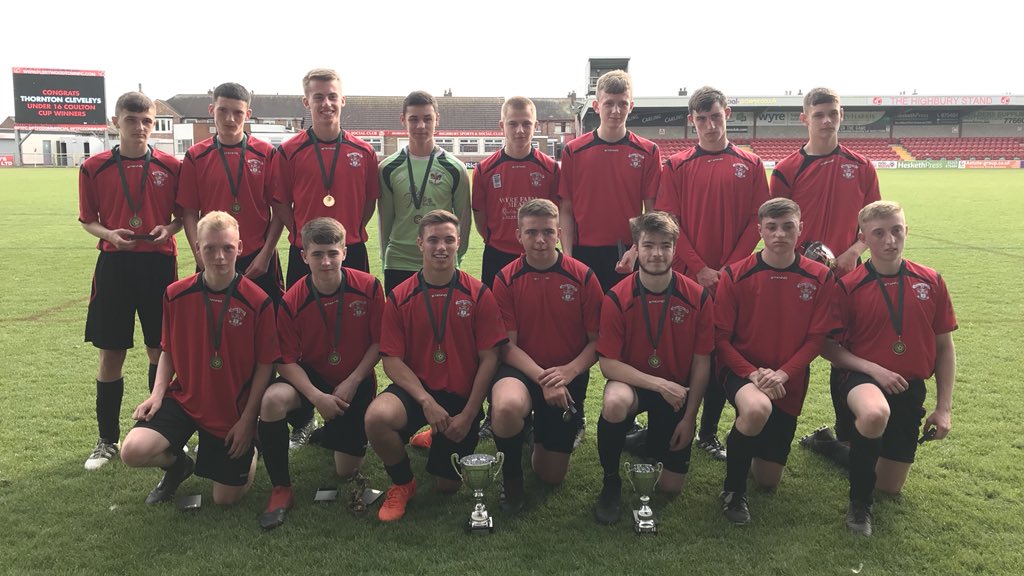 The under 9s Plate Final match was between Kirkham Juniors Blues and YMCA, and it was the YMCA boys singing their way to the podium at full-time after a 4-0 win over Kirkham.

Staining Juniors under 11s came out 3-0 winners in their Plate Final match against Clifton Rangers Bees under 11s on Saturday afternoon.

The under 12s match between Blackpool Rangers Tangerines and St Annes Blacks finished 2-0 to the Tangerines in an entertaining finale.

Jumping up three ages groups to the under 15s final between Wyre Juniors Black and Fleetwood Town Juniors, the cod army lifted the trophy after their 7-0 win over Wyre at Highbury Stadium. 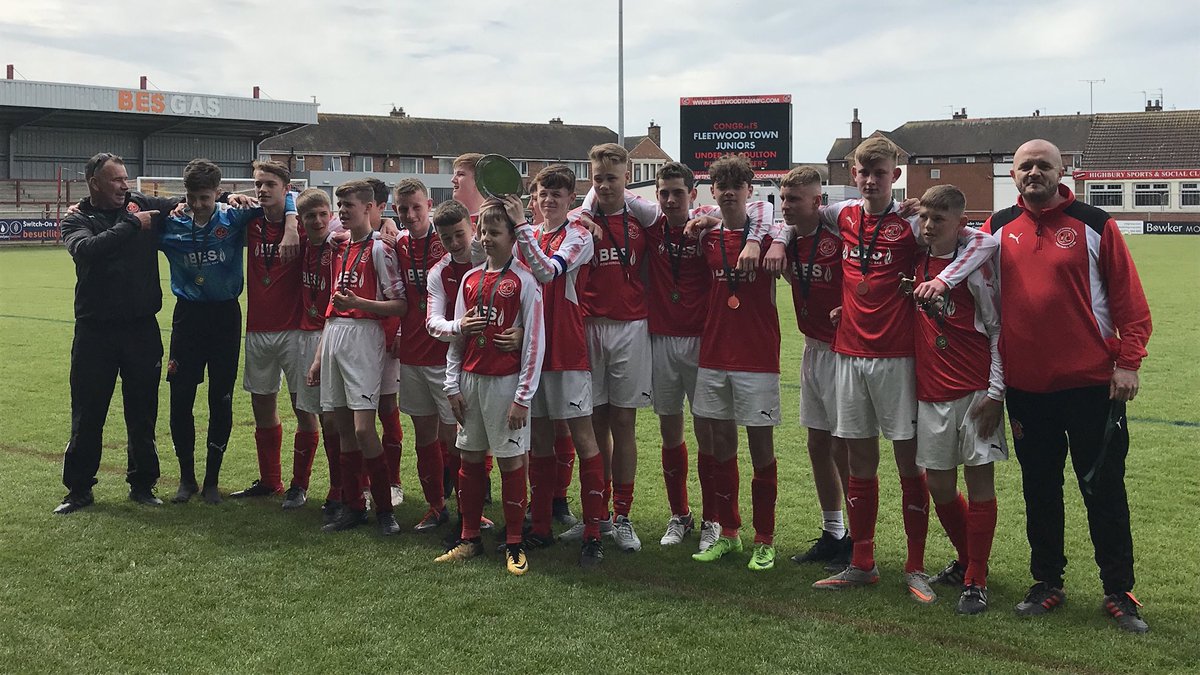 The final match of the Coulton Cup Plate involved Layton Juniors Lions and Fleetwood Gym, and it was Layton who thought they had their hands on the trophy with seconds remaining, however a powerful head from the Fleetwood defender in injury time took the match straight to penalties, with them winning 3-2 from the spot. 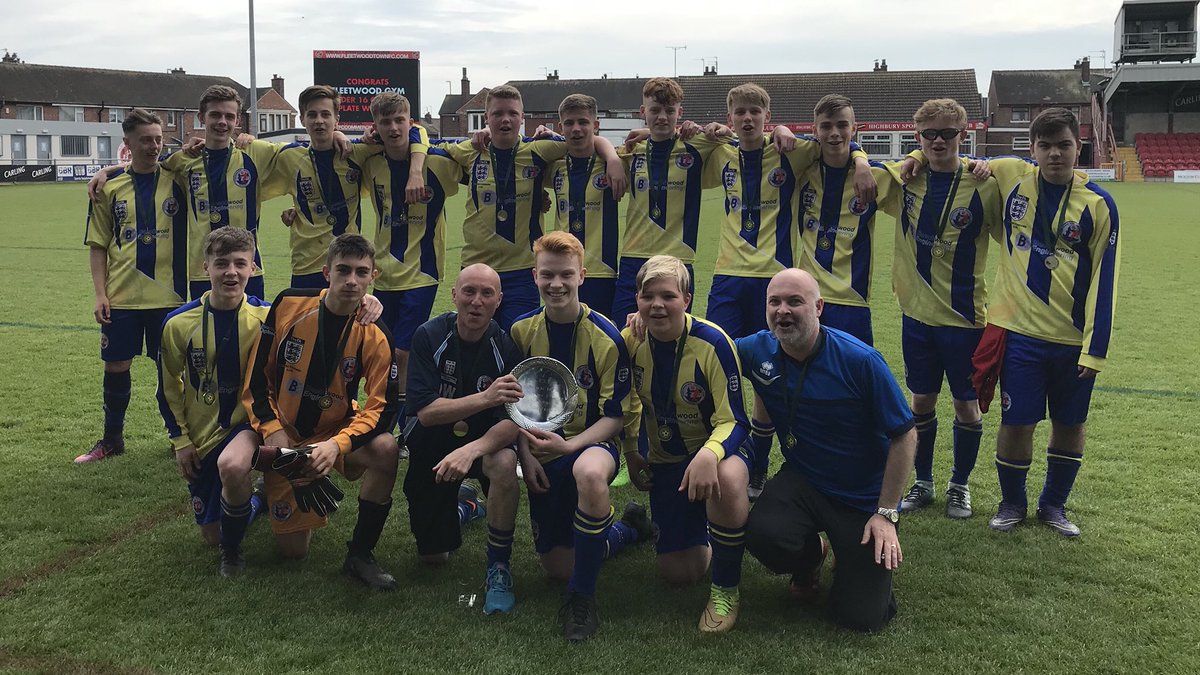 The under 10s match between Fleetwood Town Codlings and AFC Blackpool was played in memory of the club’s life vice president Ted Lowery, who sadly passed away earlier this year. It was an end-to-end match which finished in a draw with AFC Blackpool winning on penalties.

The under 13s and 14s Plate and Cup Finals are still to come as the PDPL return to Highbury on Tuesday and Wednesday this week. Good luck to all the teams involved.

It was a fantastic finals weekend at Highbury Stadium and the club are already looking forward to next season’s event.