Conor McAleny is looking forward to having a few weeks away before preparing for next season and playing under new head coach Joey Barton.

After a long season in Sky Bet League One, the 25-year old says it is vital that players and members of staff go away and refresh themselves after a 58 game season. With sports science being ever-present these days, McAleny knows there’s still work to do during the close season.

The striker said: “It’s important we go away with the family.

“You go and have a good time and switch off for a few weeks but then get ready to come back in June.

“Everyone has their programmes that they have to do and if you don’t follow them, you’ll be found out.

“You’ve got to impress him, got to be on your toes and I’m sure he will demand high standards so it’s going to be a good challenge.

“I’m just going to come back in good shape, have a good go with the new manager and hopefully have a good season.”

The striker – who scored five goals in the 2017-18 season – picked up the ‘Goal of the Season’ award for his thunderous strike against his former side Oxford United, an accolade which he was happy to have earned. 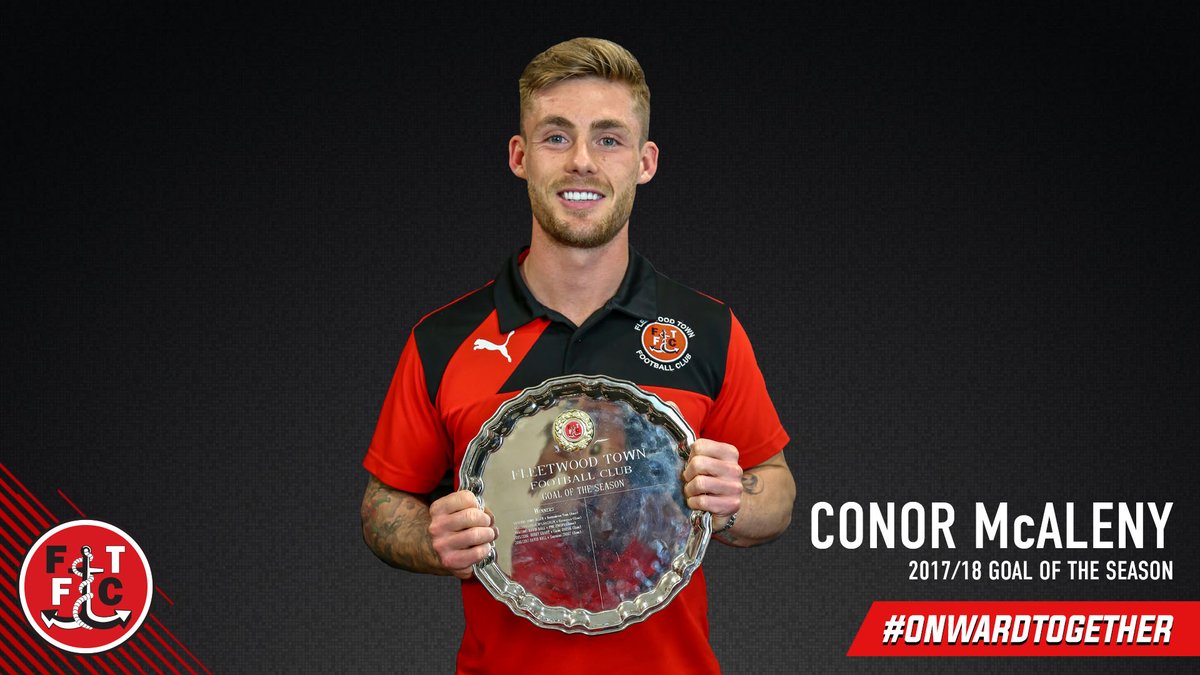 “I was happy with the goal and the award, so I am definitely pleased,” said McAleny.

"It was an up-and-down season like we said but we finished it off okay.

"The new manager came in, and did really well, and that was a big positive, but we have got a new head coach [Joey Barton] coming in now so everyone is focusing on that.

“It had some good moments, and it had some bad. Obviously, I think everyone in the team wouldn’t have liked to be in a relegation battle, but it happened.

“We took it into our stride and fair play to us for getting out of it.”