The Flyers provide walking and senior football for the over 50’s at the club’s training complex at Poolfoot Farm and has been running for three years after chairman Kevin Clarkson and Karl Jones, the secretary set up the club to help grow the sport, and to get over 50’s more active by playing football.

Saturday was the Grand Finals, however the road to St George’s Park started back in February at the Lancashire Regional Qualifying, with seven local teams from Blackpool and AFC Fylde being notable names, but Fleetwood’s flyers flew by with winning all their matches to progress.

March came around, and this saw another tournament played in central Manchester at the North West Qualifiers. With wins in the group stages, the semi-finals and the final, Town were sent to representing the North West region at the FA People’s Cup finals in Burton. 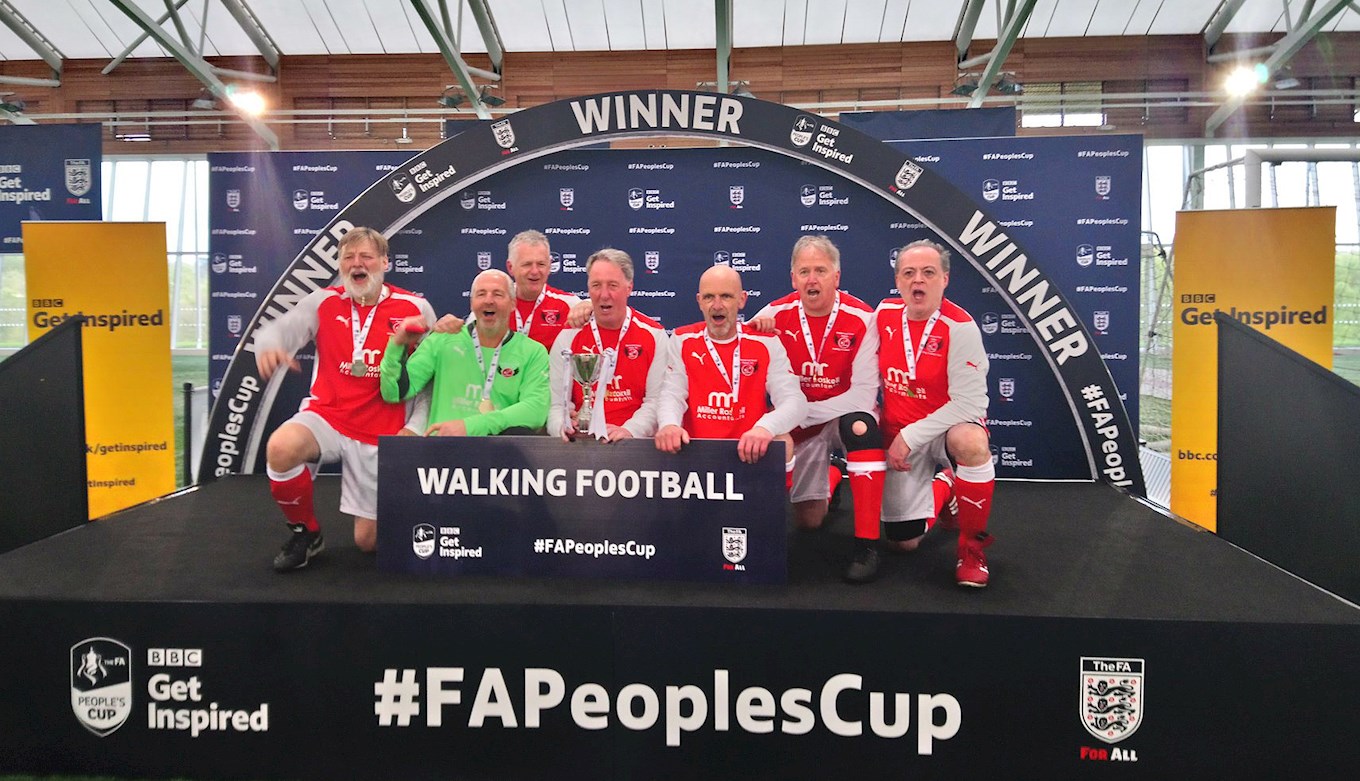 Clarkson spoke to the club after the famous win on Saturday and was very proud of the team and what they have achieved.

“The football club should be very proud of what we have done. We have been recognised locally, nationally and worldwide with the win.

“To win the whole tournaments after all the qualifiers and the final day itself, it is nothing but unbelievable!”

The Fleetwood Town Flyers secretary added: “Winning on Saturday just showed that our players have that same desire and feeling, it just mean so much to us all. It was like having that same feeling when we were all in our 20s, and that’s amazing to see.

“When we set up three years ago we never considered winning, it wasn’t in the equation. To be where we are now is a fantastic achievement.”

After the win, the seven players (picture above) were told that they would be invited to the FA Cup Final on Saturday 19th May, and to be presented the award in front of 90,000 people inside the home of English football. 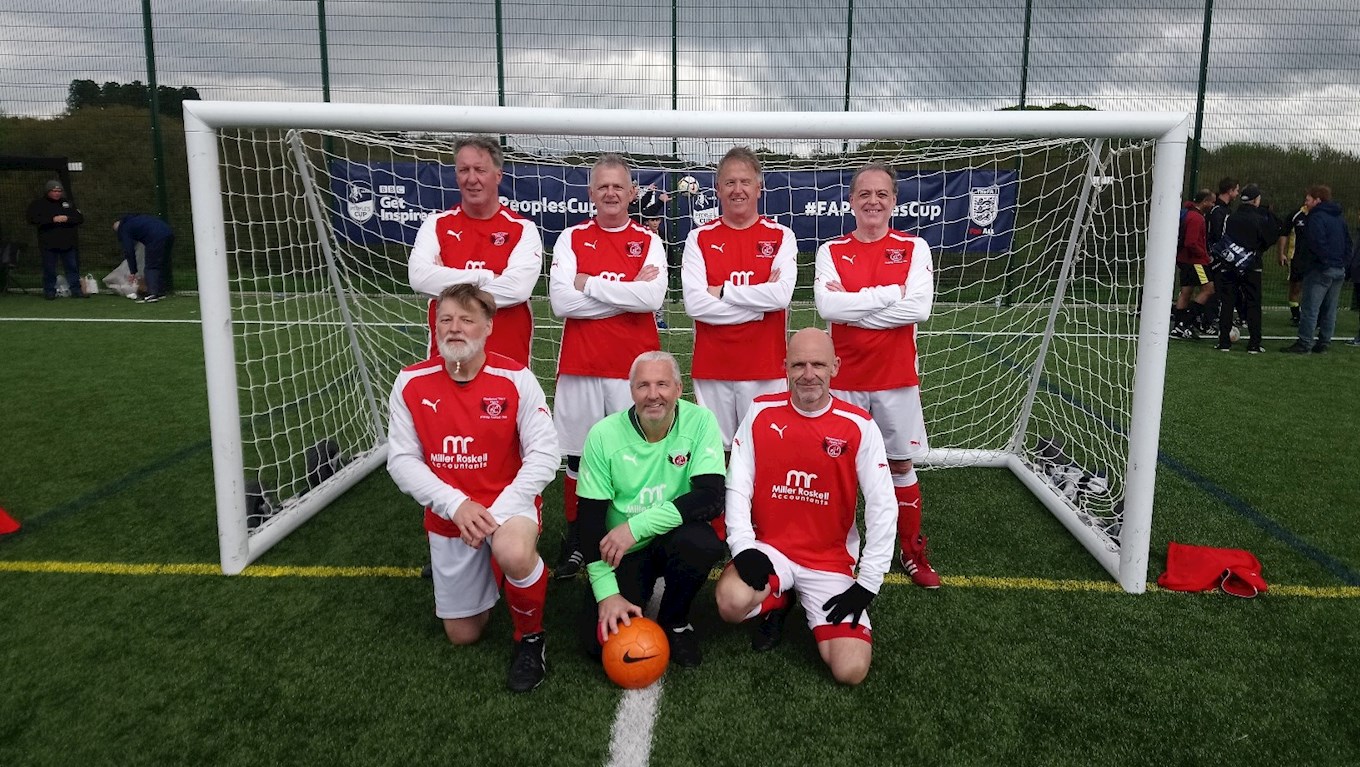 Clarkson spoke passionately about this: “We are always looking to grow and I’d encourage anybody who has been thinking about trying walking football to come down, taste what is all about because you won’t look back.”

“It is a friendly environment where we are all looking to get healthier and fitter.” Find details HERE.