England are taking on Croatia in the World Cup semi-finals tonight at 7pm and Poolfoot Farm is the place to be!

Five successful events have taken place there so far during the World Cup and England's game against Croatia shouldn't be any different. 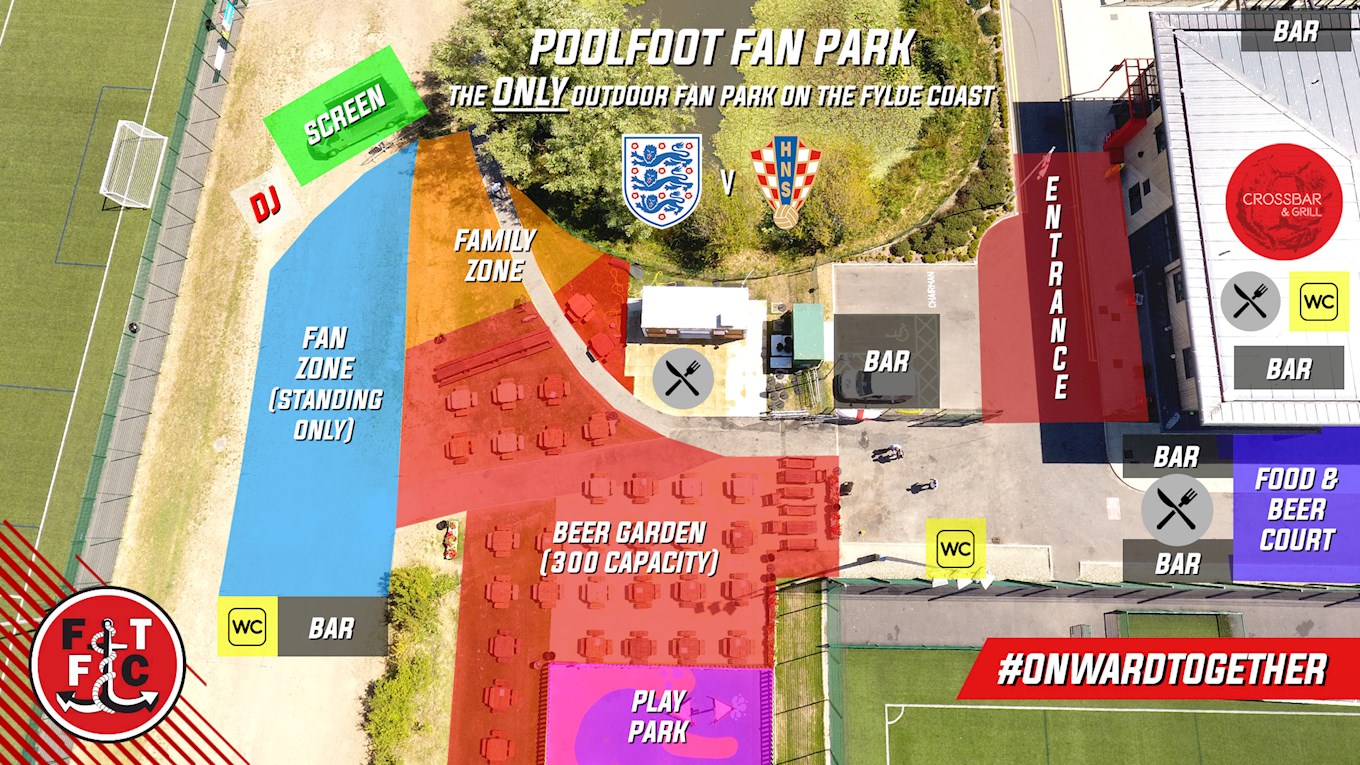 Our new 11m2 giant screen is the biggest of its kind on the Fylde Coast and is available for you to watch the game on, whilst food and drink offers will be there for you to take advantage of.

There will plenty of additional food and drinks stalls for fans in addition to Crossbar & Grill, which include a BBQ that sells soft drinks, extra bar serving cask ale, prosecco truck and the world cup sharing platter from Crossbar & Grill for just £20.

Don't miss any of the action, make sure you get down here early to grab a table in the glorious sunshine and some FREE England promotional gear, which includes hats, flags and boppers, because when they are gone, they're gone!

Come on England, it's Coming Home!