Uwe Rosler spoke to the media on Friday ahead of Saturday’s Sky Bet League One match against Scunthorpe United.

“This window was more busy for Gretar Steinsson, Steve Curwood and Luis than it was for me.

“Devante we knew about last August that he wanted to leave, and we’ve put a contingency plan in to get Madden into and the club did well to get the deal done early.

“I personally thought a Championship club were going to come in for him, especially after the performances he has put in this season, and also last season which we cannot forget.”

“Oliver comes in after Rodgers has left the club and we needed a centre-half who can play in a four and three at the back.

“Manchester City have helped us and the boy has looked very good in training.

“I’m happy he is here and I hope he can show what a good player he is.”

“I see the game very much like the one last season, but we want to win this time and with trying to set out a game plan, I expect it to be close tomorrow.

“They are different to us in terms of having more experienced players, where we have more of a younger squad.

“It will be an interesting game and I am really looking forward to it. We drew 1-1 earlier in the season, in a game where I thought we had some really good chances.”

“We have played against Blackburn and Gillingham, two teams who have a great record in their last 10-15 games, and I’d say they are the two inform teams in our league.

“There were periods in those matches where we had to dig deep, but there were also times where we played well, however we aren’t rewarding ourselves for those good moments.

On Paddy Madden since his arrival…

“Paddy has had a good impact since he joined us. He has a good personality, which rubs off on other players, especially in the games against Blackburn and Gillingham.

“In the two previous matches; he has helped us when we have done a lot of good things well, but haven’t got the rewards.

“Paddy’s all-round play is solid and he’s no stranger to pressing the ball which does suit the way we play. He’s good in the box and his first touch finishing is very clinical.

“We’ve got ourselves a very good player.”

Watch Uwe and his players’ in action four times in February at Highbury, with our great value ticket bundle!

Save yourself up to £36 with four tickets for just £60 for the games with Scunthorpe, Shrewsbury, Portsmouth and MK Dons. 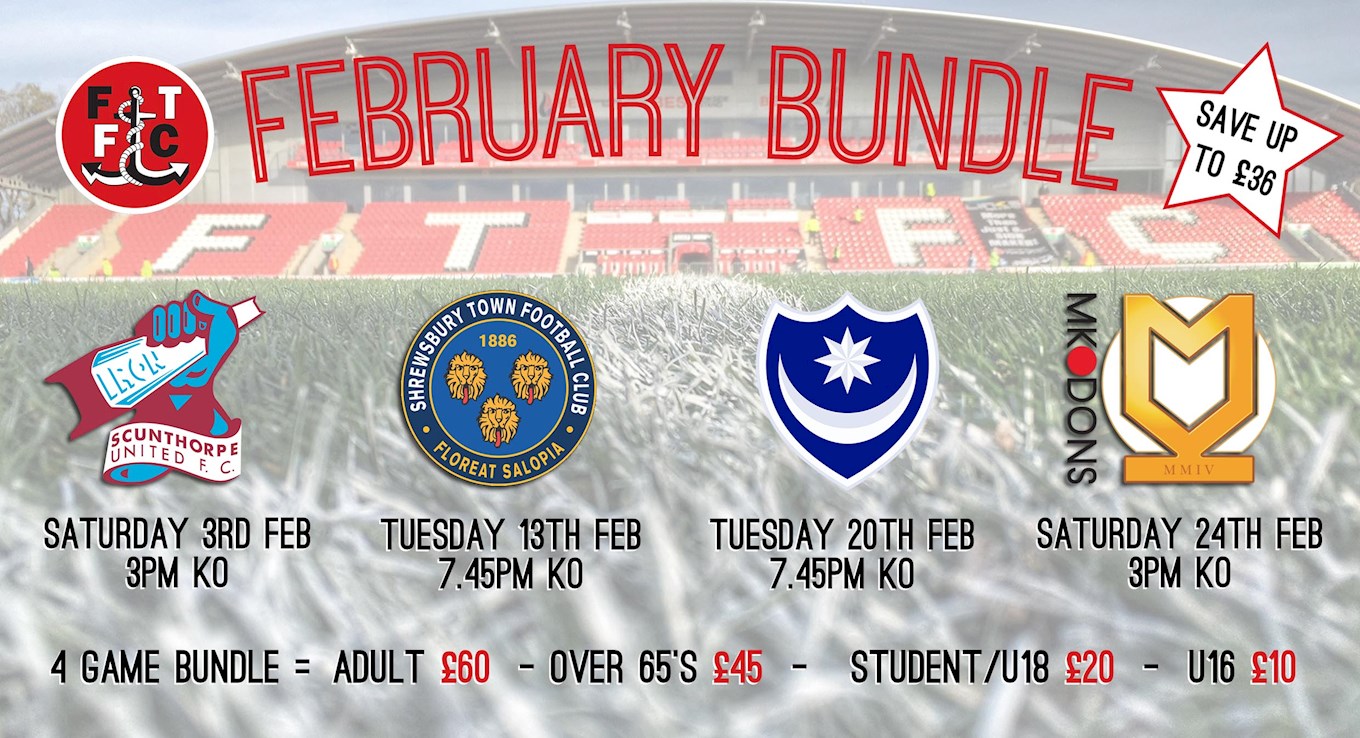