Fleetwood fan Abbie Wraith-Kenyon had a day to remember as a member of the press on Saturday when Town hosted MK Dons.

Abbie started off her day by having lunch with the first team squad at the club’s Poolfoot Farm training complex. She met her favourite player Cian Bolger prior to the match, with the big defender stopping for a photo before the big game. 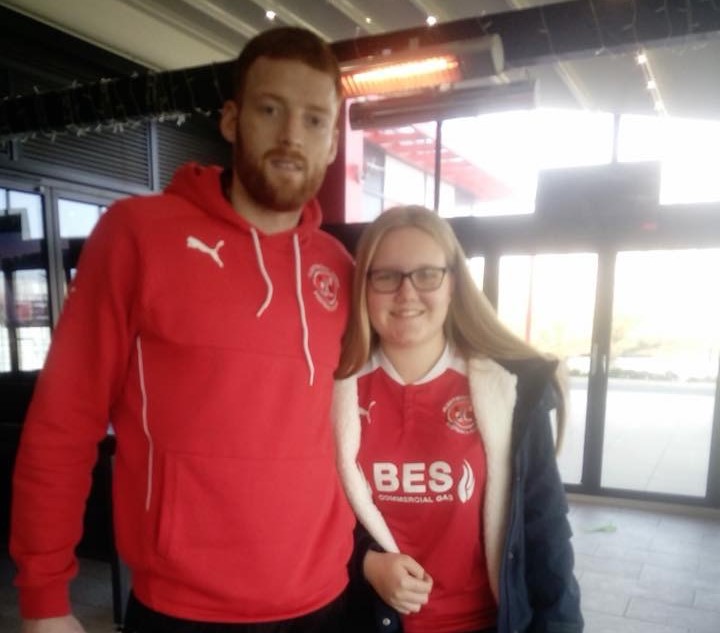 Abbie went live prior to the match on the stations show ‘Game On’ to give her thought ahead of the game, and also provided listeners with short summaries throughout the 90 minutes, alongside main commentator Steve Bradshaw.

An interview with goalscorer Ashley Hunter followed the game, capping a memorable afternoon for the youngster, who normally watches the Cod Army from the Memorial Stand. 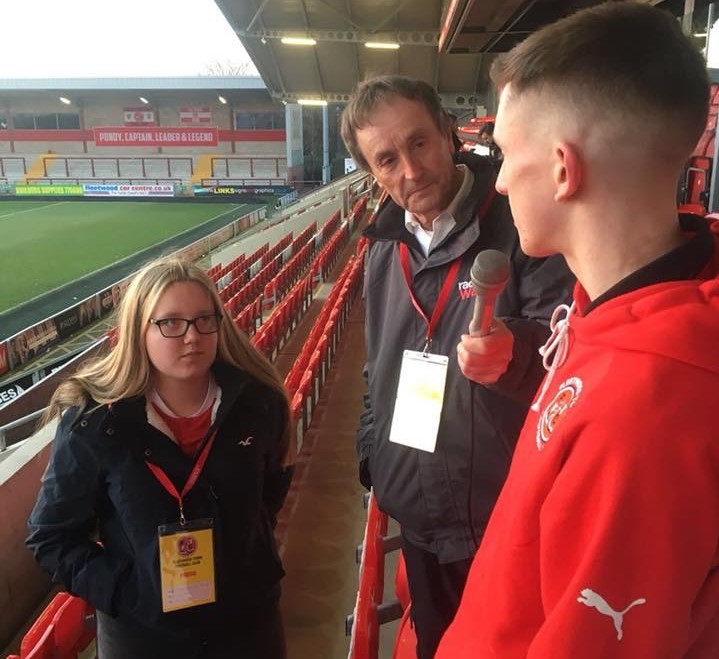 Geoff Kenyon – her father – spoke of his pride at the day his daughter enjoyed at Highbury.

“She is a massive Fleetwood Town fan who loved her match day experience and it was a little different to watching the game with me!

“I could see how nervous she was before going to Poolfoot Farm, but all those pre-match nerves disappeared after her first appearance on the radio.

“As a dad, I am extremely proud of her and how she conducted herself. She thoroughly enjoyed the experience and I know she would recommend others to get involved.

“Commentating on the match with Steve is something she will remember forever.

“Myself, my wife Tori and Abbie want to say a huge thank you to the club, and to their media department for accommodating us during the day.”