Joey Barton and his side are back at Highbury Stadium after three games on the road. Bradford City are the visitors this weekend, with Town looking to pick up their first win at home this season.

With a draw and a loss in the first two home matches of the new season, the staff and the players are ready to turn around that form, and pick up their first win of the season in front of the home fans.

First team coach Barry Nicholson spoke to the media ahead of the game against Bradford, and expressed the importance of building the club's home form up, and also about the tough match up against the Bantams. 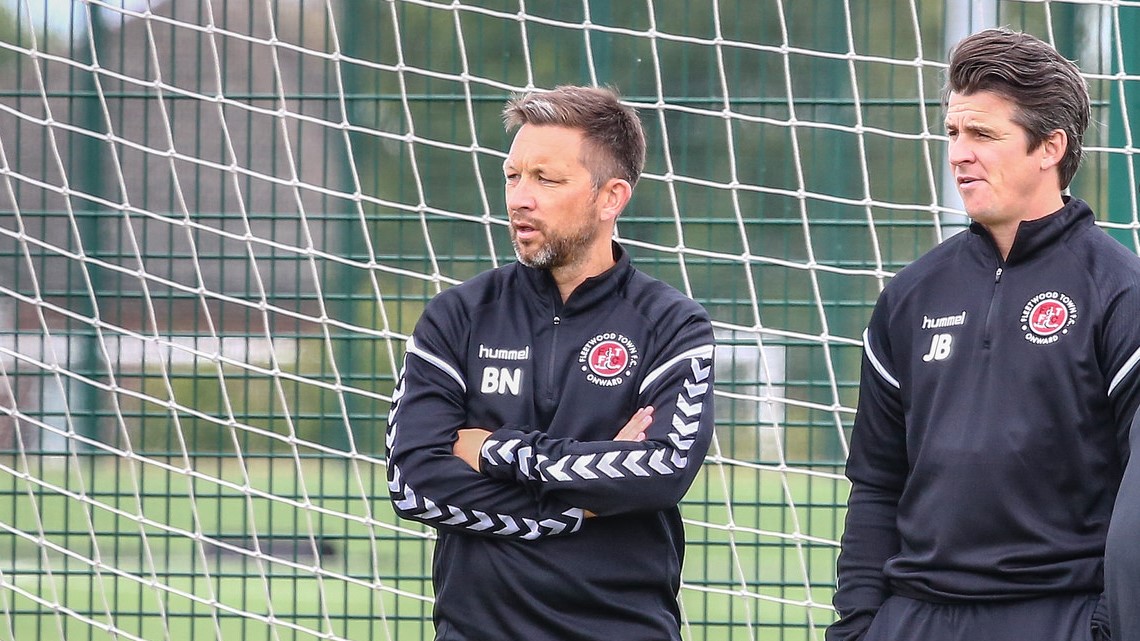 “We expect another tough game against Bradford, and every time we face League One opposition, that will always be the case and it’s important we do our homework ahead of the match.

“Before we will sit down and look at how they could set up and look where their strengths and weaknesses are, and from that, go and build a game plan to go and hurt them and also be really solid ourselves.

“Our away performances this season in the league have been good so far, so now we are looking to build our home form up, and that starts this Saturday.” 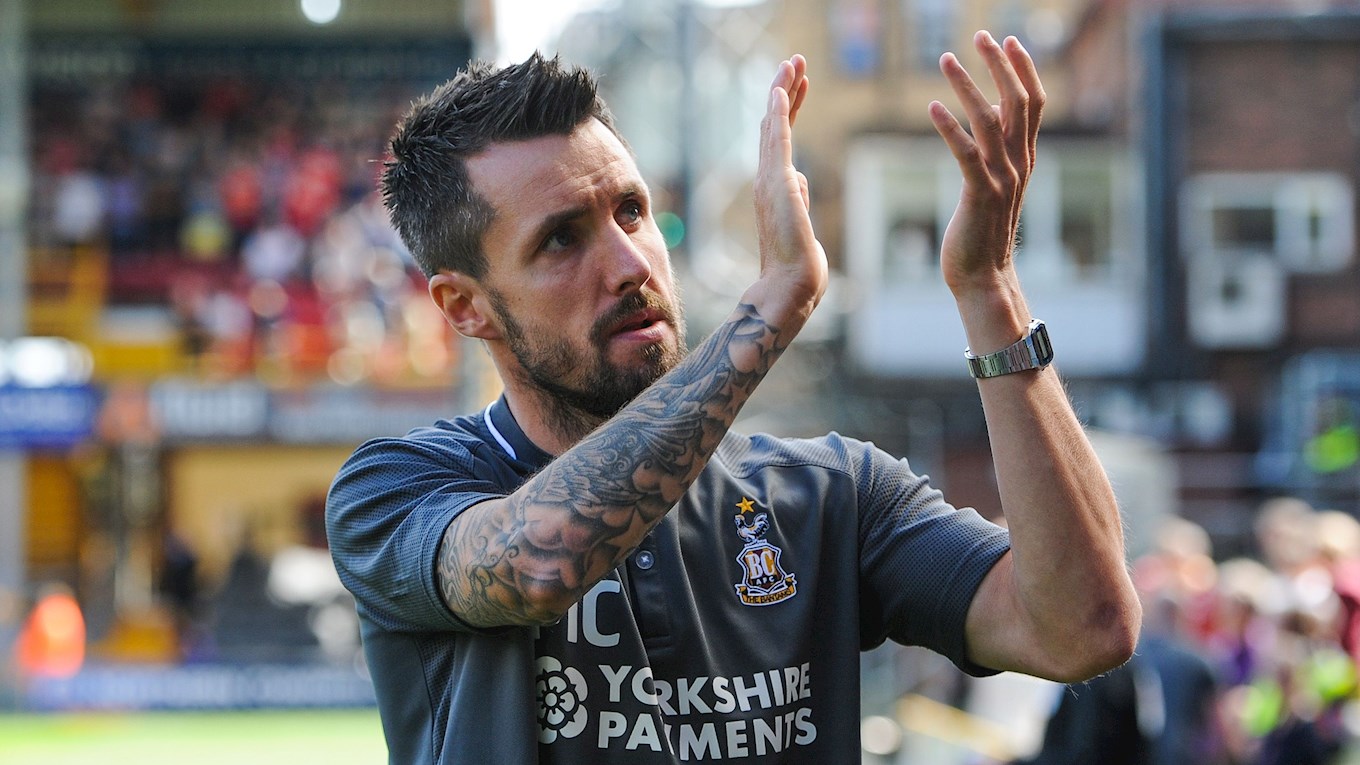 “I don’t expect anybody to be feeling down in the dumps or lacking in confidence. We’ve had a good week and there has been no hangover from Wycombe.

“We’ve had a full week to work on things, get people a little bit of a breather from playing Saturday and Tuesday and get some good training under the player’s belts.

“The only way we put that right is by going out this weekend and making sure there is a performance the fans will be proud of and the players do themselves justice.”

Having played five games in the league, Joey Barton’s Fleetwood Town currently sit inside the play-off places with two wins, two draws and a defeat.

With away wins over Oxford United and Scunthorpe United, and a draw against Rochdale at home, and Charlton away, the Cod Army are looking solid and like a team that will be looking to push the top six come the end of the season. 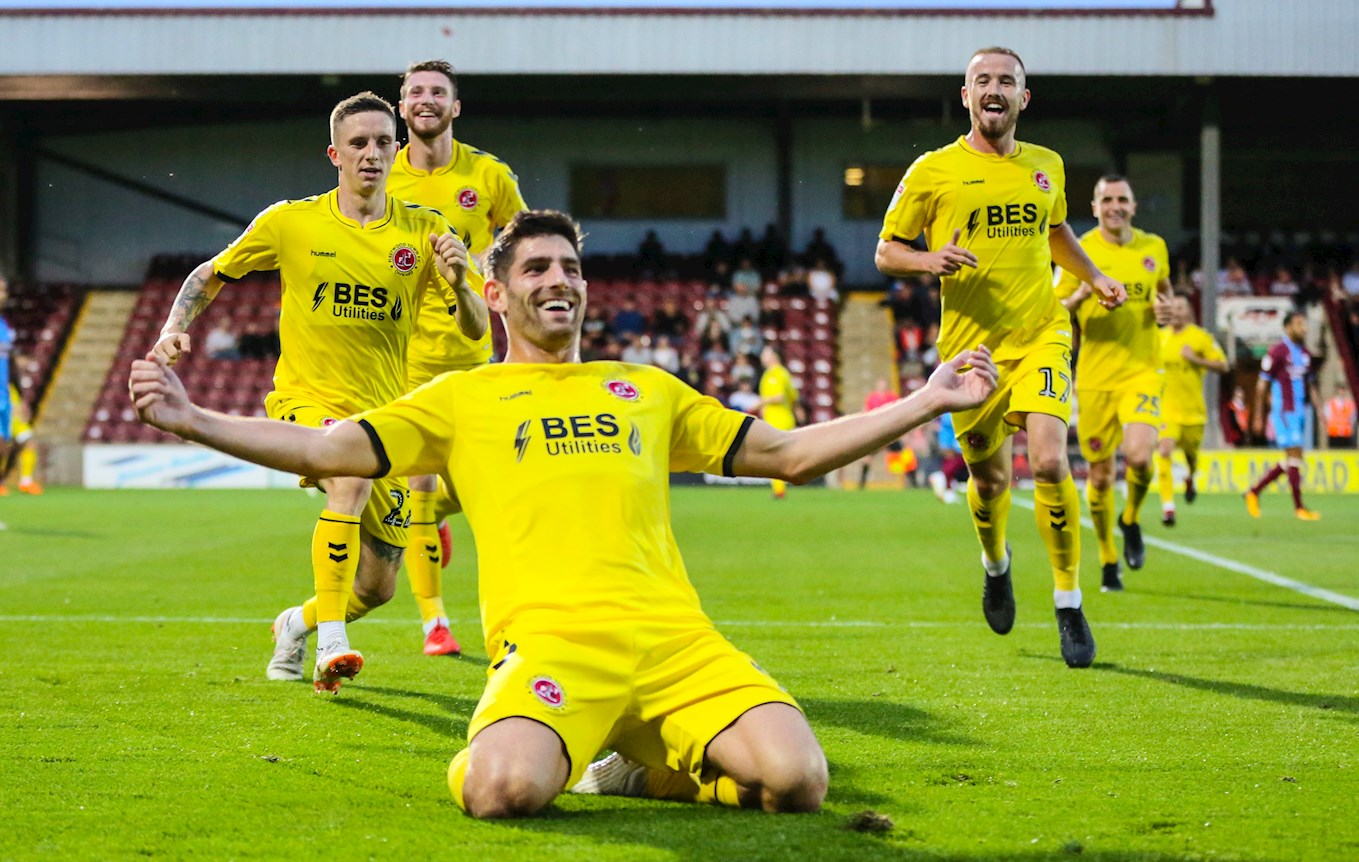 Barton’s side were eliminated from the Carabao Cup second round to a very strong Leicester City. 11 changes were made by the head coach, with his eyes firmly set on the league.

Bradford started off the new campaign with a 1-0 win away at Shrewsbury Town, and suffered a 2-0 defeat at home to Barnsley, who are a side who have started off well themselves after relegation from the Championship.

Another loss followed at Southend United, with the Yorkshire side bouncing back with a win over Burton Albion at The Valley. In their last match Michael Collins’ side suffered a 2-1 defeat to Wycombe Wanderers, and will be looking to pick up the three points this Saturday. 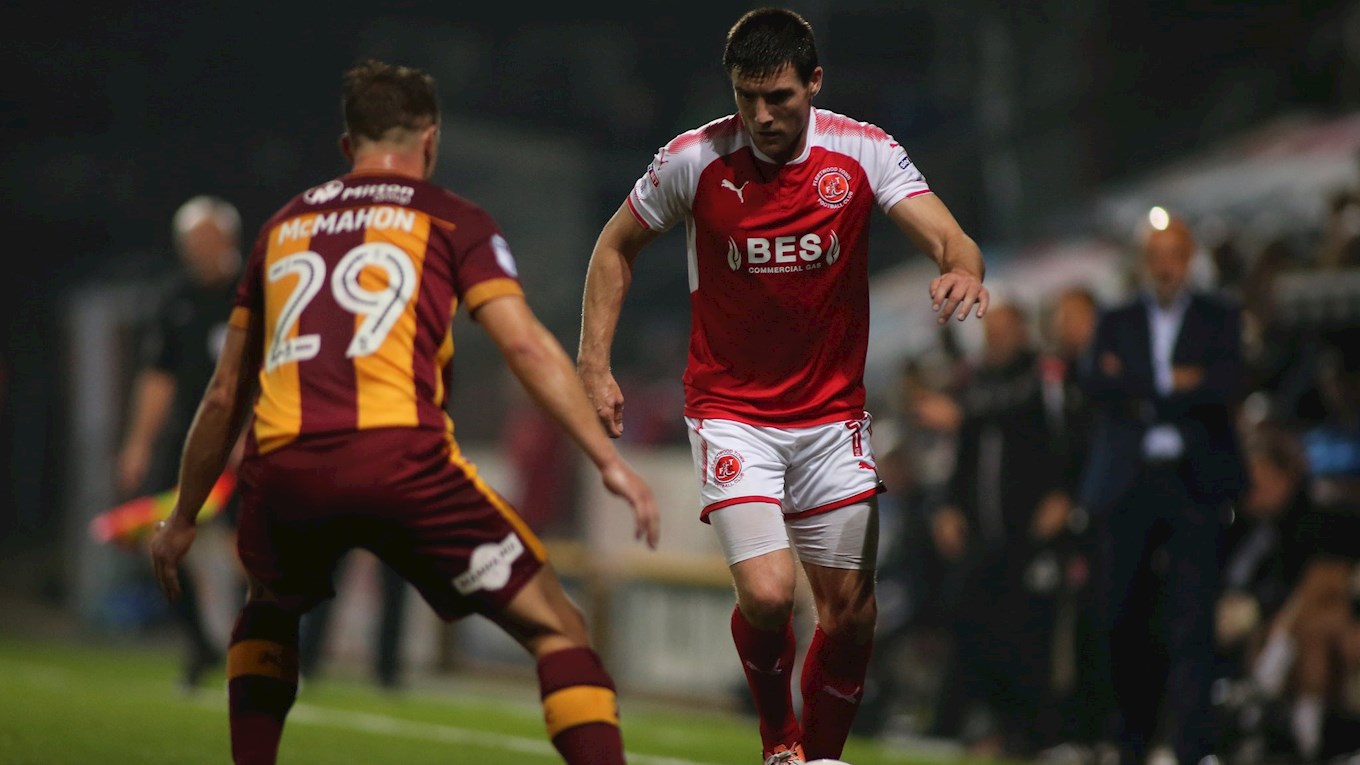 The two side have 12 times since the first meeting in 2012 when both sides were in the fourth tier of the Football League. Braford City have the upper hand on the Cod Army with six wins in all competitions. There has been four draws, with the latest being in the second leg of the Play-Off semi-final. Town have won two games with one being the 3-0 away win last season.

In the 3-0 win, two former Bantam strikers Jordy Hiwula and Devante Cole scored in the second-half at The Valley, with Ash Hunter scoring a fine goal late in the game to seal all three points on the road.

Last time out, Bradford took all three points from Highbury in a 2-1 victory. Jack Sowerby opened the scoring on New Years Day, with two goals in the second-half from Alex Gilliead and Shay McCartan giving them the win against Uwe Rosler’s men. 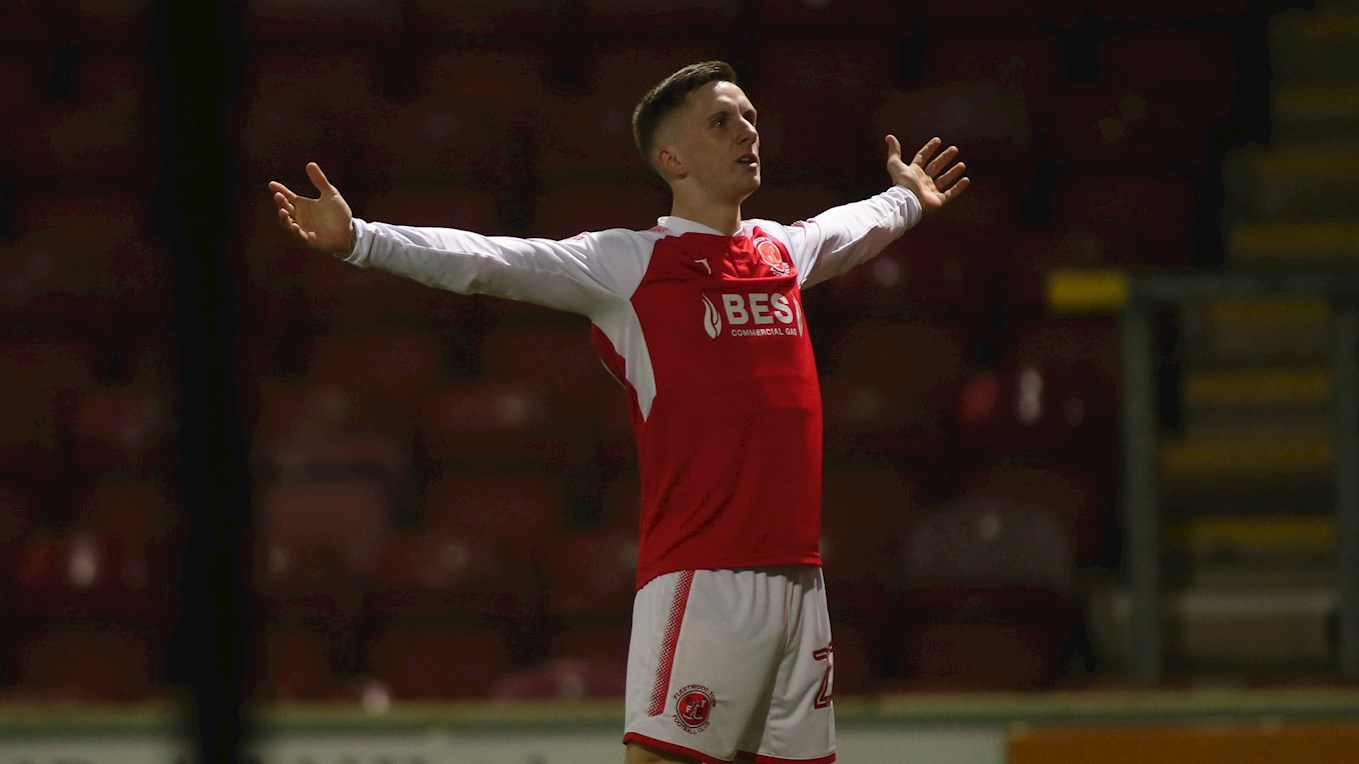 Jack Payne has started off this season with two goals in five games, with goals coming in 1-0 wins over Shrewsbury and Burton Albion.

Payne started off his career at Southend United where he was part of their youth academy. He made his professional debut in a 1-0 defeat against Yeovil Town in 2013 in the League Cup, and scored his first senior goal a month later in a 1-1 draw against Oxford United.

The 23-year-old joined Huddersfield in 2016 on a three-year deal and scored the first goal in the Terriers 2-1 win away at Newcastle in 2016. After loan spells at Oxford United where he scored seven goals in 34 appearances, he later joined Blackburn before moving to Bradford in the summer. 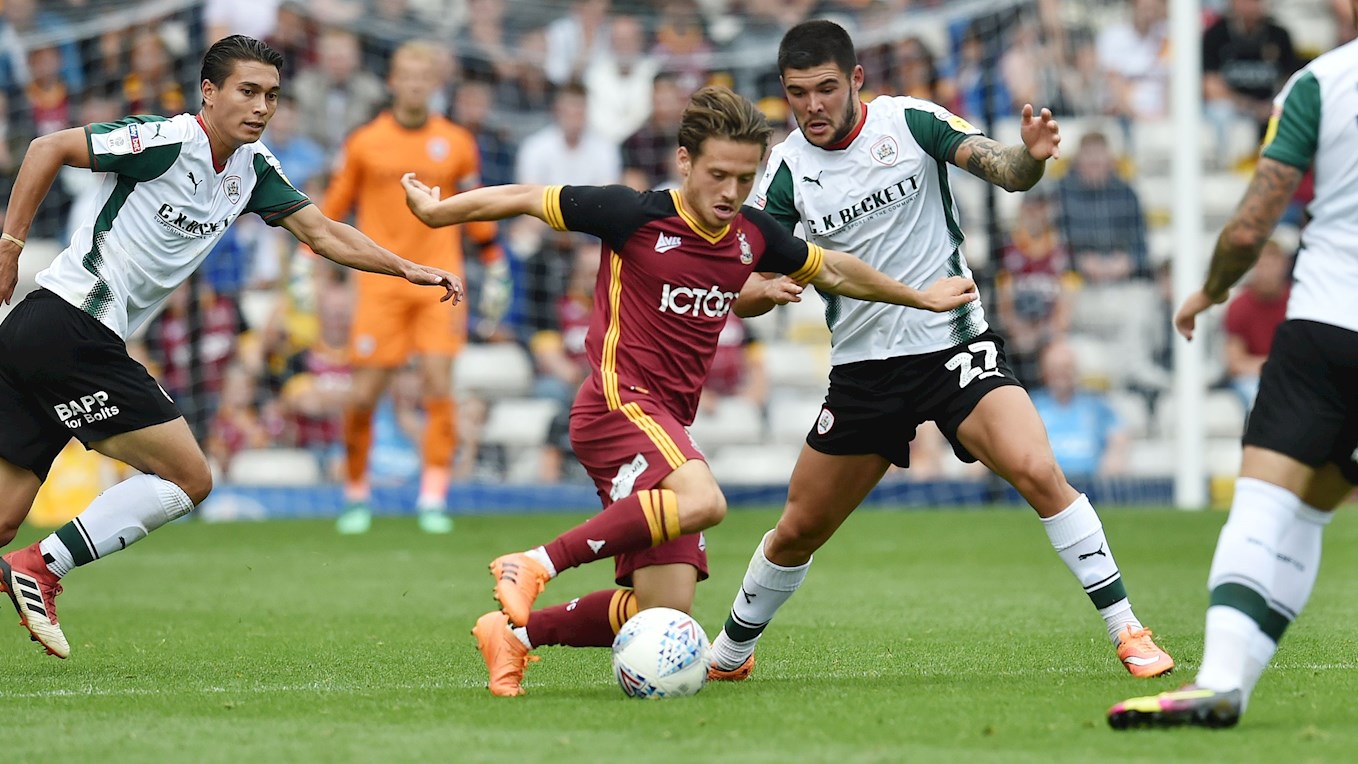 Joey Barton’s side are favourites going into this match to win with odds at 4/5.

Bradford are priced at 7/2 to win away, with odds for 5/2 for a draw at Highbury.

Fleetwood’s last home win against the Bantam’s was a 2-1 win, and for a repeat of that score line is currently priced at 15/2.

Fancy Town to win and both teams to score? Get the odds of 10/3 now!