Twelve Restaurant is another one of the club’s long standing partners who have continued their support into the 2017-18 campaign.

Martin Booker, Head of Commercial, Fleetwood Town, said: “Twelve continue to provide hospitality catering for all our Sky Bet League One home games for the 2017-18 season and we are delighted with their continued support for the club.

“It was also a good opportunity to take along their sponsored player, number 12 Cian Bolger! Cian paid them a visit to meet the team and check out the operation and he revealed his own family are in the same business running a string of gastro pubs back in Ireland so he knows the tricks of the trade!”

Caroline Upton and Paul Moss, Owners of Twelve, added: “Twelve are proud to have been catering at Fleetwood Town for the past seven years and are again this year providing VIP hospitality catering for the Sky Bet League One home games.

“During this time Twelve have continued to sponsor the number 12 player, which this season is Cian Bolger who we were delighted won Player of the Season last year. It was a pleasure to welcome Cian to Twelve Restaurant and listen to his family history in catering. Hopefully these will be great connections to make! Paul, Caroline and the team at Twelve continue to support Fleetwood Town as they go from strength to strength and wish them all the best for the rest of the 2017/2018 season.” 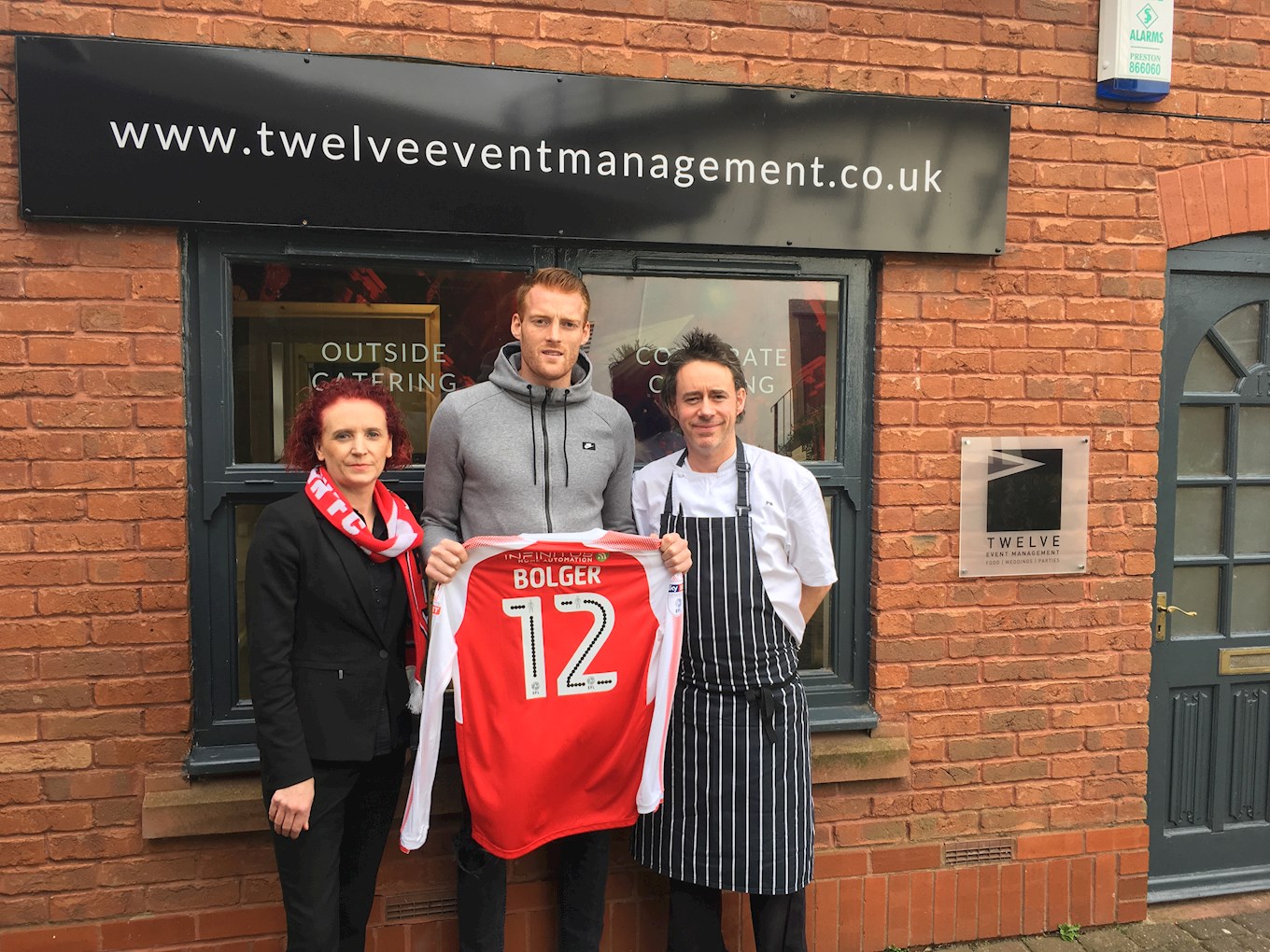 Chic and contemporary with a modern British menu, Twelve Restaurant & Lounge Bar is located on the Lancashire coast at Marsh Mill Village in Thornton, Lancashire.

Its bold and innovative cooking using regionally sourced, seasonal produce has brought it critical acclaim and numerous national awards. Twelve is owned by husband and wife team Paul Moss and Caroline Upton, who are passionate about fine dining and hospitality. They also own the successful outside catering company Twelve Event Management.

Visit their website http://www.twelve-restaurant.co.uk for further details of menus and events they can offer.

The club’s commercial team are still recruiting new commercial partners for the 2017-18 season, with many opportunities available. If your business is interested in promoting your products and services to the club and its customers check out the corporate brochure or call them on 01253 775080 option 2.