Fleetwood Town are set to face Wycombe Wanderers at Highbury on Saturday 3 September, and we have all you need to know ahead of the 3pm kick-off in our match preview. 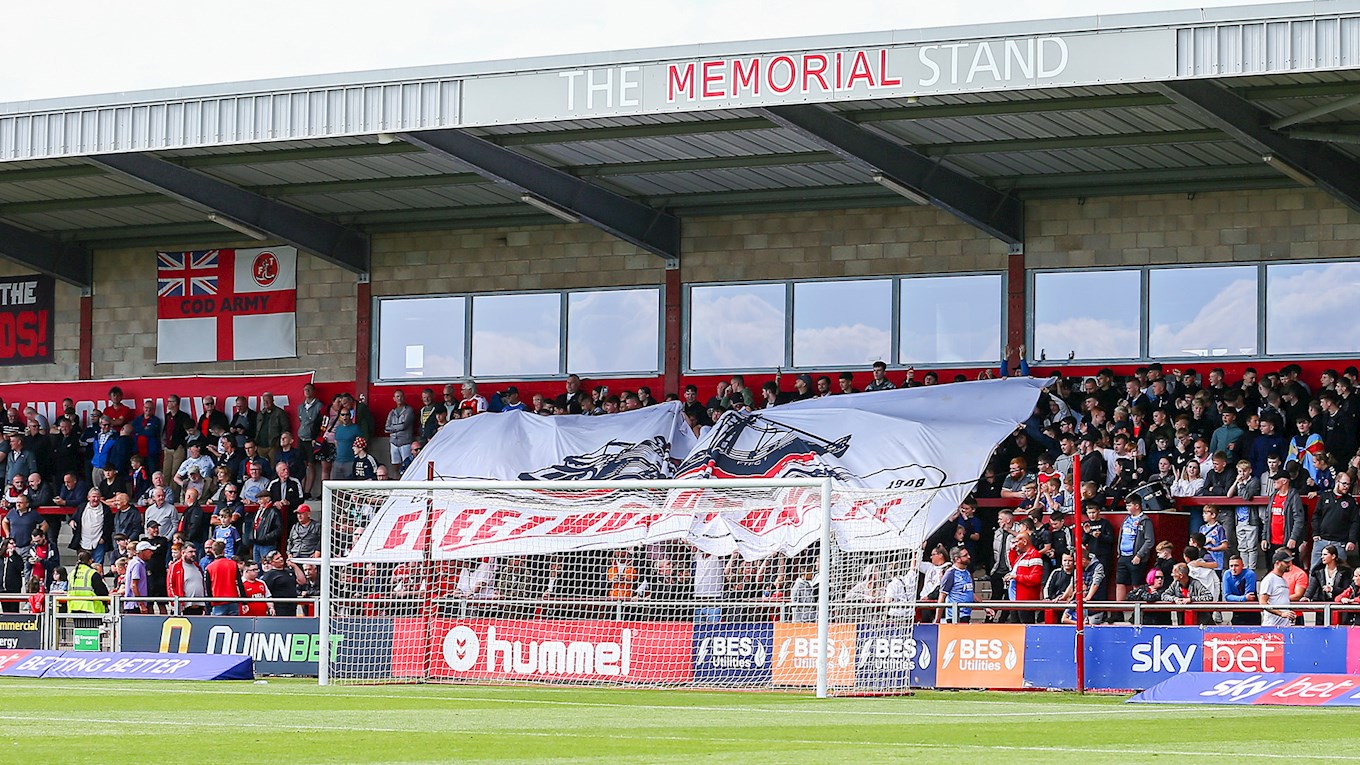 Fleetwood made two signings on Transfer Deadline Day, with Admiral Muskwe joining on loan from Sky Bet Championship side Luton Town and Lewis Warrington signing on loan from Premier League side Everton. Both players are eligible for this weekend's match.

The Cod Army's last league match saw them play away at Lincoln City. With Scott Brown's side two goals down after 15 minutes - both scored by Ted Bishop - it was a tough ask for the boys in blue. Paddy Lane bagged his first goal of the season with a tidy finish midway through the first half, with Ged Garner coming off the bench to head home a late equaliser to send the travelling fans back home happy.

With new additions to the squad, Town's head coach has decisions to make ahead of kick-off against Wycombe. Will the new recruits start? Or will Brown slowly introduce the new lads after only training with the team for two days?

If you haven’t already purchased your tickets for the match against Wycombe Wanderers, click HERE to buy now! 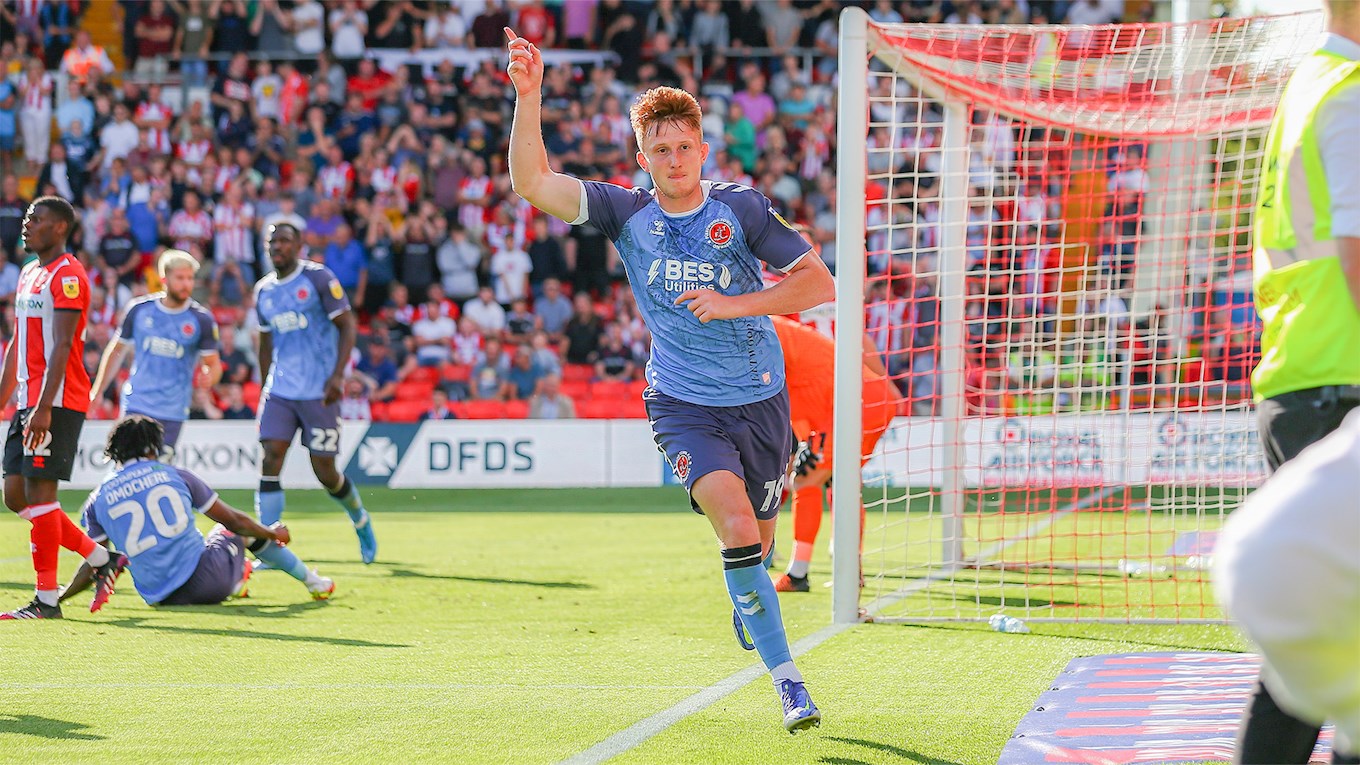 Wycombe Wanderers make the trip to the Fylde Coast this weekend, having won two of their opening six Sky Bet League One matches.

Their last win came against Barnsley at Oakwell Saturday 20 August 2022. The Chairboys scored three goals and kept a clean sheet down the other end, with Anis Mehmeti, Dominic Gape and Nick Freeman scoring past Bradley Collins in the Barnsley sticks.

Just like Fleetwood, Wycombe were in Papa John’s Trophy action in midweek and played Tottenham Hotspur Under-21s at Adams’ Park. The match finished goalless meaning both teams claimed a point, however Wanderers won 4-3 on penalties to give them an extra point in the competition. 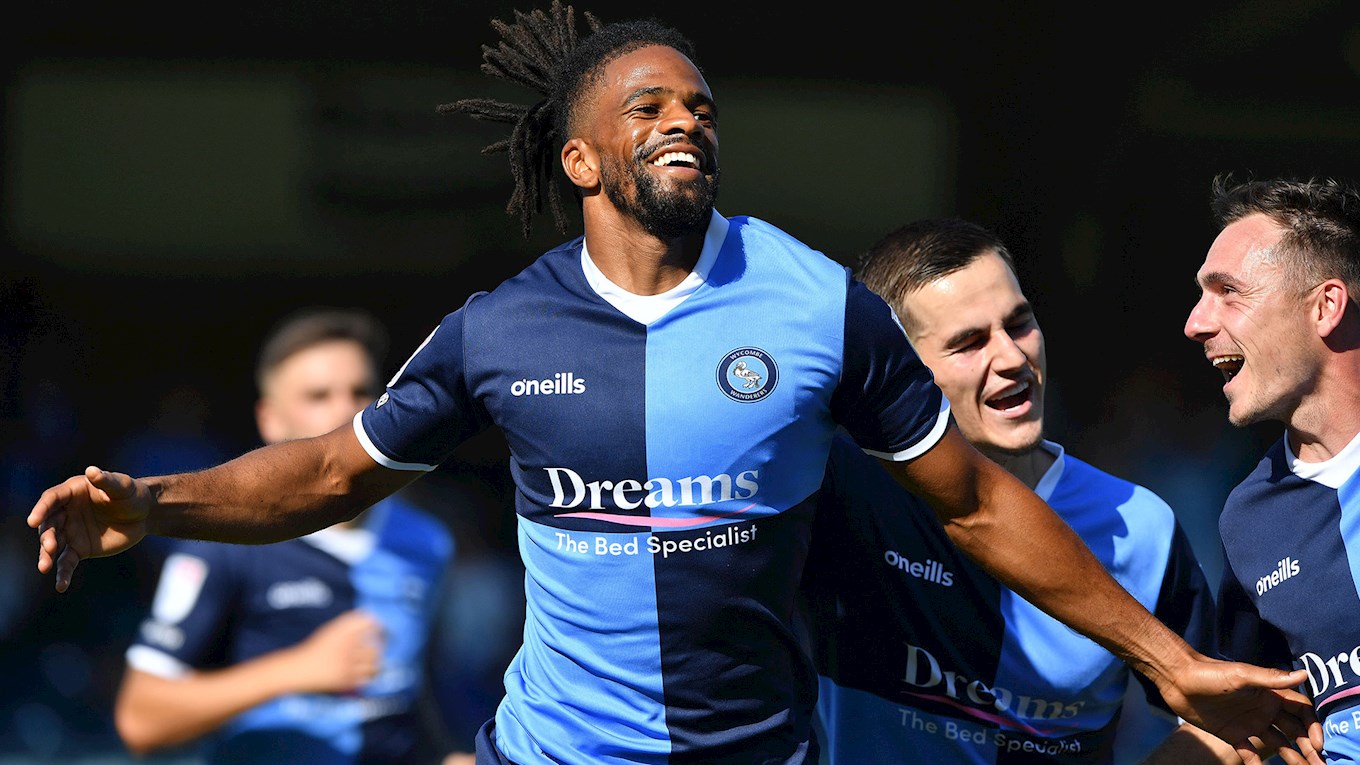 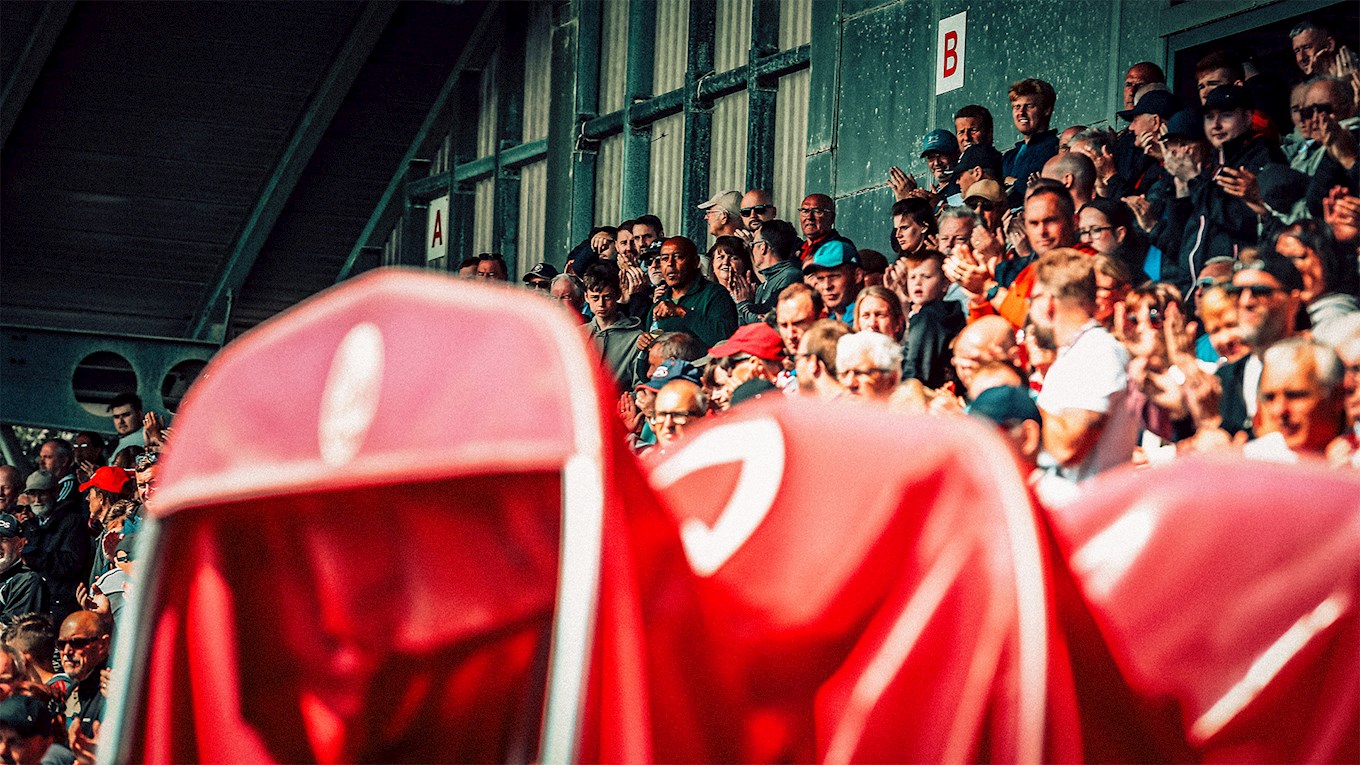 Admiral Muskwe played 19 times for Wycombe Wanderers in both the Sky Bet Championship and the Emirates FA Cup. He scored his first goal for the Club in their 7-2 defeat away at Brentford. The young forward then bagged in the 3-0 win away at Rotherham United, then at Swansea a few matches later.

The 24-year-old began his footballing career in the Leicester City youth setup, which he joined when he was seven years old. He went on to progress through the ranks, rising up to Premier League 2 where he scored 23 times in 71 appearances.

With loan spells at Wycombe and Swindon, the forward caught the eyes at Luton Town where he joined the Hatters in July 2021 for an undisclosed fee. He has currently played 26 games for Luton, with his most recent appearance being in the Sky Bet Championship fixture against Swansea on Saturday 20 August 2022, which saw Luton win 2-0 in South Wales.

On Deadline Day, Muskwe joined the Cod Army and will be in contention for the clash against his former side. 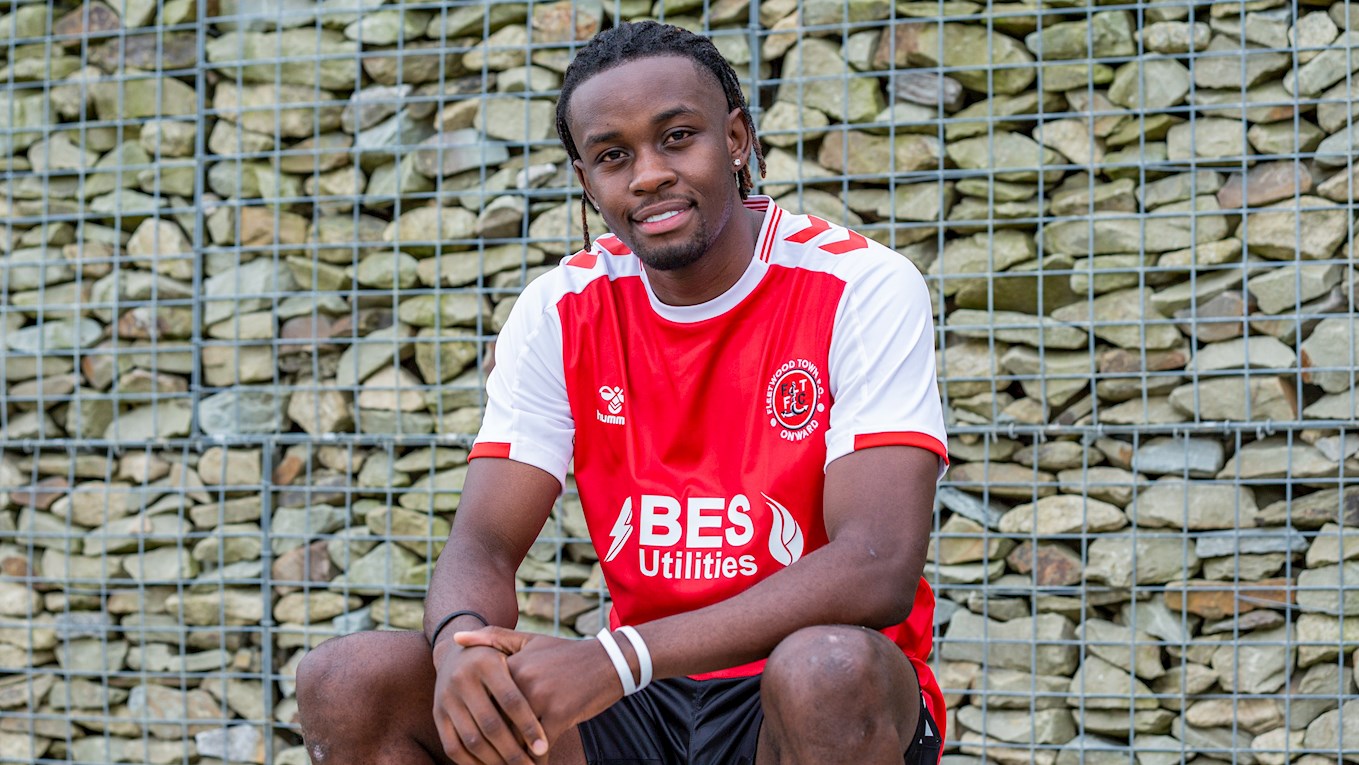 “Gareth [Ainsworth] has done a fantastic job at Wycombe. He’s taken them through the divisions and is a manager who I look up to. He’s adapted his style of play over the years and they’re starting to play some great football, and we know that they like to put crosses into the box and if you can get balls into the box quickly, then you give your strikers the most chance of scoring goals.

“We need to make sure that we are prepared for Saturday, we need to make sure we stop their crosses coming into our box and for us, we’ve worked on that and it’s also about how we play and how we create chances because we don’t get enough balls in the box and those early deliveries cause teams problems, as well as our players running in behind.

“The fans have been brilliant, they have come out in their thousands and it’s a great atmosphere that they create. Wayne Bibby [Fleetwood Town’s SLO] is running up and down the stands every week to get everybody involved and cheering on the team. 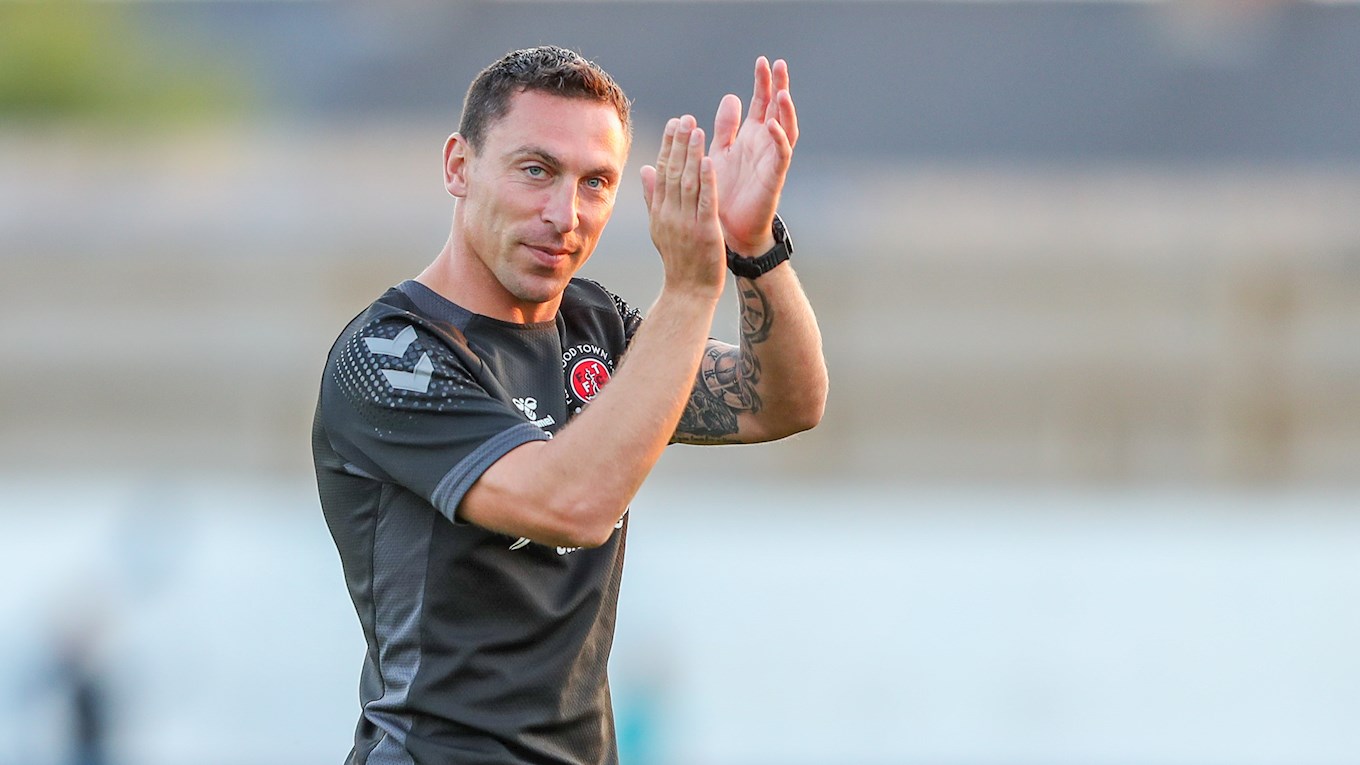 Jim’s Bar – which is situated underneath the Memorial Stand – will be open for both sets of fans from 12pm and you will be able to enjoy drinks offers throughout the evening, whilst talking to your friends and family about the match ahead.

Happy Hours returns and will begin from 12pm and finish at 1pm, with all Onward Card holders able to get a selected range of beers for a discounted price. 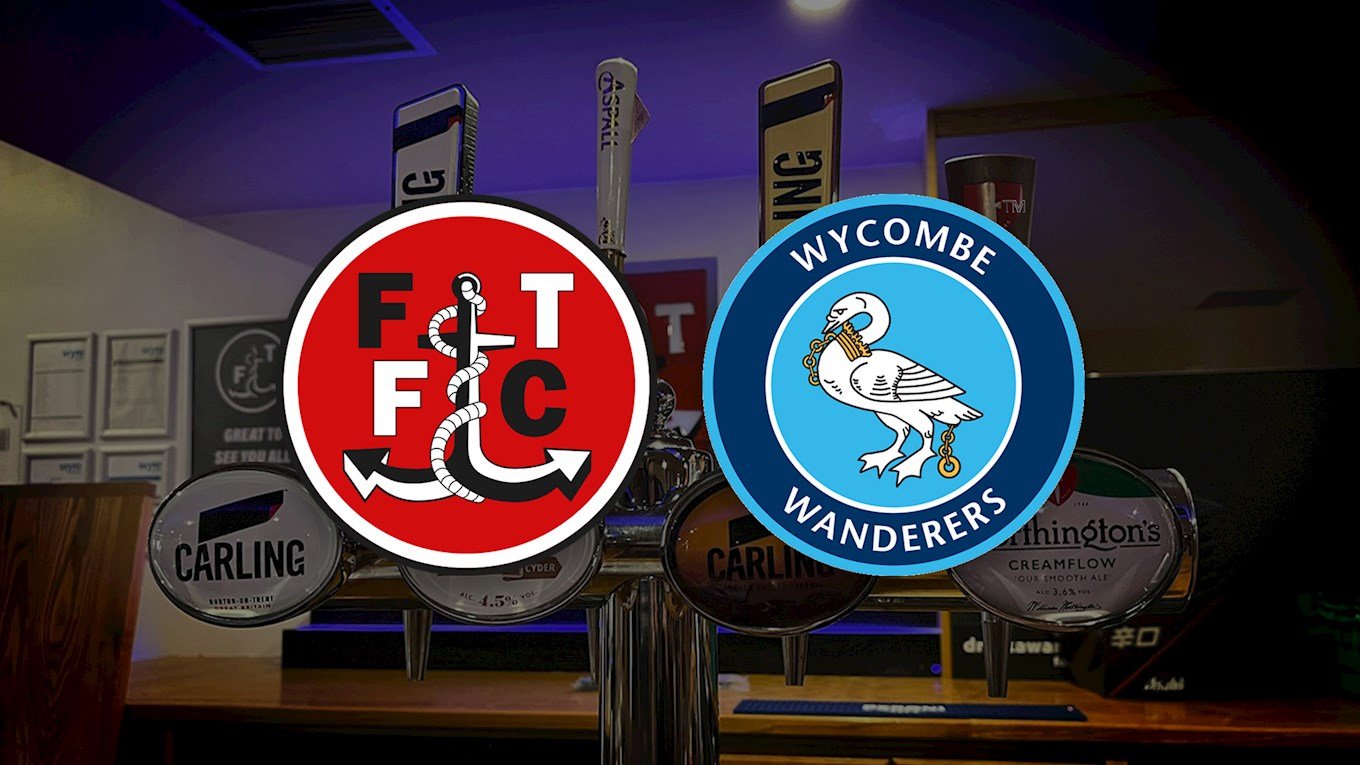 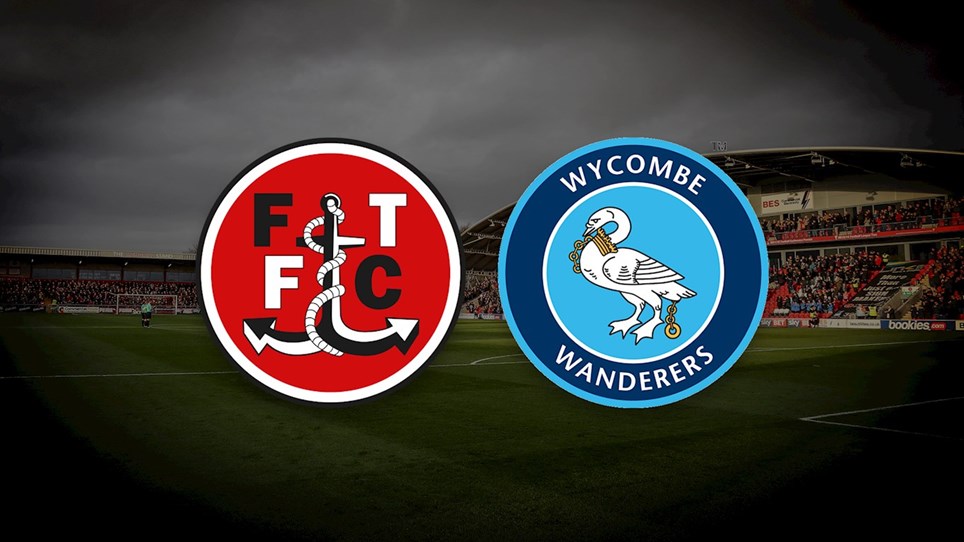 Fleetwood Town were held to a 1-1 draw by Wycombe Wanderers at Highbury on Saturday afternoon.

With Wycombe taking the lead through a moment of brilliance from Anis Mehmeti, after Garath McCleary’s early red card, it was all to do for Scott Brown’s men. They worked numerous chances throughout the game, and it was debutant Admiral Muskwe who found the equaliser, netting from 12-yards.

A shock moment to all in the ground happened soon after as it saw the away team go down to 10 men after a mad decision from McCleary, who left an elbow in on young defender Drew Baker. The referee had an easy decision to make by sending him off.

Town then created multiple half-chances after the sending-off with Harvey Macadam trying his luck from 20-yards with an ambitious volley, which was deflected out for a corner. From the resulting set piece, Baker and Josh Earl rose highest but neither could convert at the back post.

A lively character for Wycombe was Jordan Obita as he created two decent chances on goal, with the first being a left-footed effort from inside the area, and the second being a free-kick on the right-hand side – Jay Lynch had to keep his wits about him for both as he made two brilliant saves.

In the 39th minute, the visitors took the lead through a moment of class from winger Mehmeti. He juked his way through the double block of Shaun Rooney and Baker, before calmly slotting the ball into the far bottom corner, past the diving Lynch.

Fleetwood were in the ascendancy in the second half, with Wycombe hardly creating any chances. In the 48th minute, Cian Hayes dribbled past his man on the right and found Muskwe in the centre, whose shot needed to be saved by Stryjek.

Soon after, Town’s new number nine was in the action again as Rooney’s deflected effort found its way of Muskwe, but the effort was stopped. He was there again, Muskwe, as Dan Batty played cross towards the head of the forward, but he couldn’t quite guide the ball goalward.

After a touching moment, a minute’s applause for the late Bill Turnbull, Town levelled the scoring up and it was Muskwe on his debut. It was a scramble in the box, which saw Joe Garner have his effort blocked and deflected into the path of the new signing, who smashed the ball home.

With just over 10 minutes to go, substitute Ali Al-Hamadi worked a chance for the Chairboys as he turned his marker and shot from 25-yards, but Lynch was there to make a relatively easy save.

Down the other end, it was another new signing for Fleetwood in Lewis Warrington who aimed an effort on goal from distance which looked to be nipping just inside the near post, but it flew just wide.

In the dying embers of normal time, Lewis Wing had to efforts on goal, which needed to be dealt with by Lynch and his defenders. The first was a strike from the edge, which was saved, and the second needed to be blocked by Josh Vela.

With seven minutes of added time shown at the end, substitute Promise Omochere’s eyes lit up as he picked the ball up inside the Wycombe box, but his right-footed effort went just over Stryjek’s crossbar.

Tickets for Fleetwood Town's Sky Bet League One clash against Wycombe Wanderers are available to purchase online and in-store at the Ticket Office.

The match against The Chairboys will kick-off at 3pm on Saturday 3 September, with tickets available to buy ONLINE, and in the ticket office at the stadium. 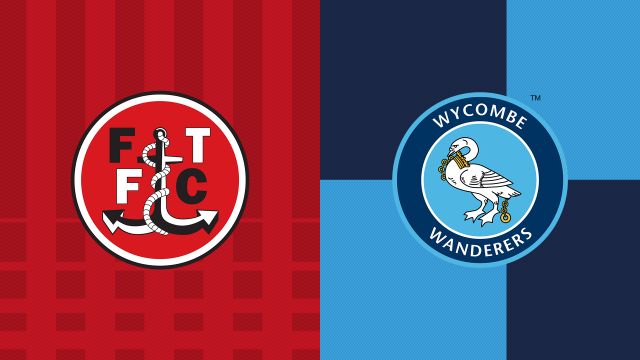 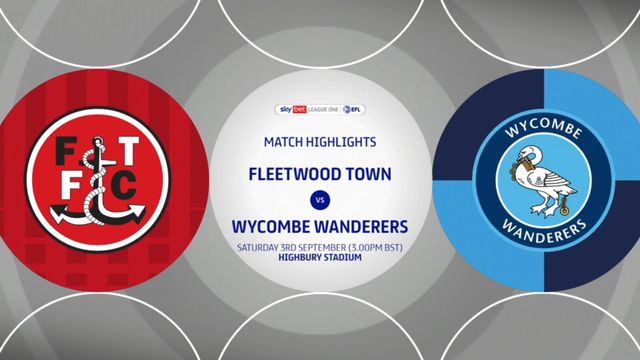 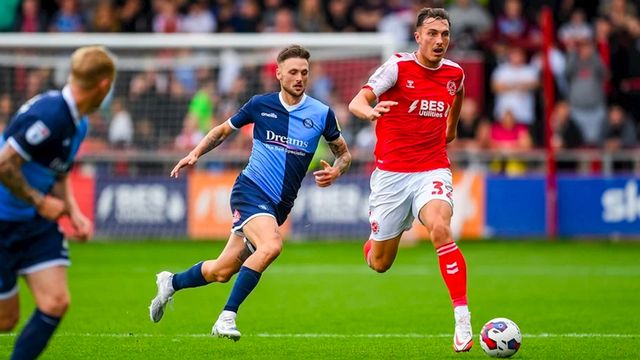