Fleetwood Town are set to face Portsmouth at Fratton Park on Saturday 8 October, and we have all you need to know ahead of the 3pm kick-off in our match preview. 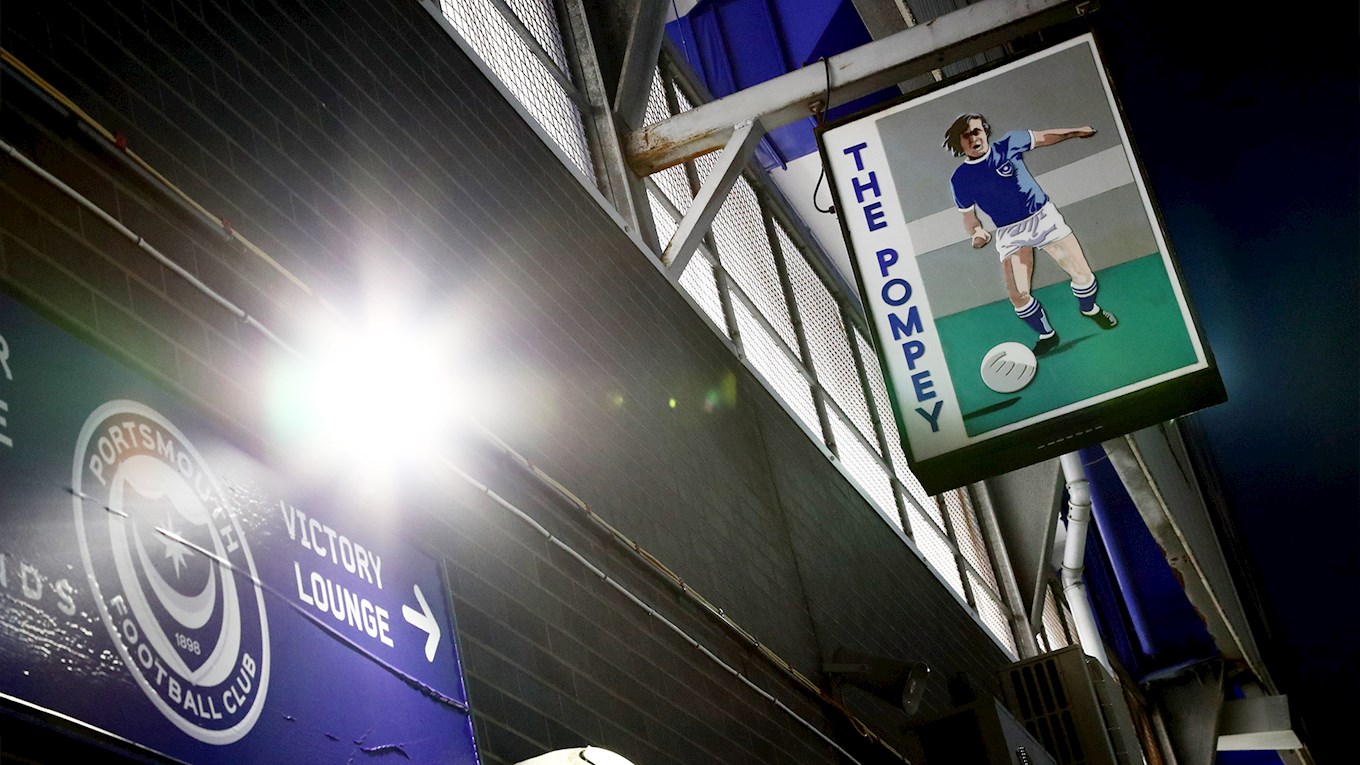 The Cods head into their away clash with Pompey after winning their last two away league games against Peterborough United and Burton Albion, with both fixtures ending in a 1-0 score line.

In the Peterborough fixture, Town called upon their captain, Josh Vela, to score the all important goal as he netted a half-volley from the edge of the area after Carlos Mendes Gomes’ two strikes were kept out by the keeper on the night.

After the international break, and a heart-breaking loss to Barnsley, Scott Brown’s side travelled to the Pirelli Stadium on Tuesday and, after Harvey Macadam’s venomous strike from the right flew past Ben Garratt, Town held out and brought home the three points. 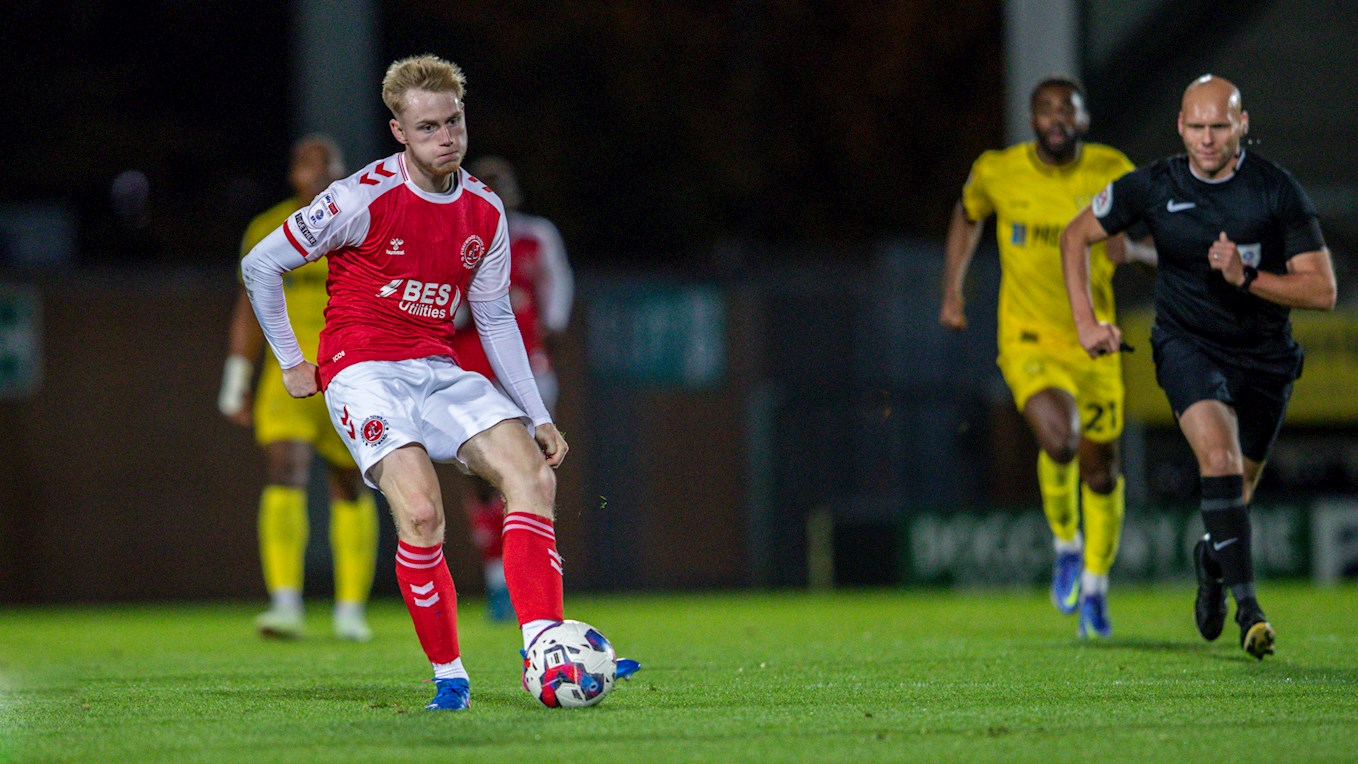 Pompey are high-flying this season as they currently find themselves in fourth position in the Sky Bet League One table, even after their loss to Ipswich Town in their last outing.

It was a five-goal thriller at Portman Road for Danny Cowley’s men, which started off with Marcus Harness scoring against his former side, putting the Tractor Boys ahead. The lead was short lived however as Colby Bishop stepped up to the spot to level things up just after the half-hour mark.

Second half drama would ensue as three goals would go add to the scoreline in just six minutes, starting with Freddie Ladapo putting the hosts back in from before Bishop finished his second spot kick of the game soon after.

The winner would be scored 10 minutes from time though by former-Cod Wes Burns to secure the win for Ipswich. 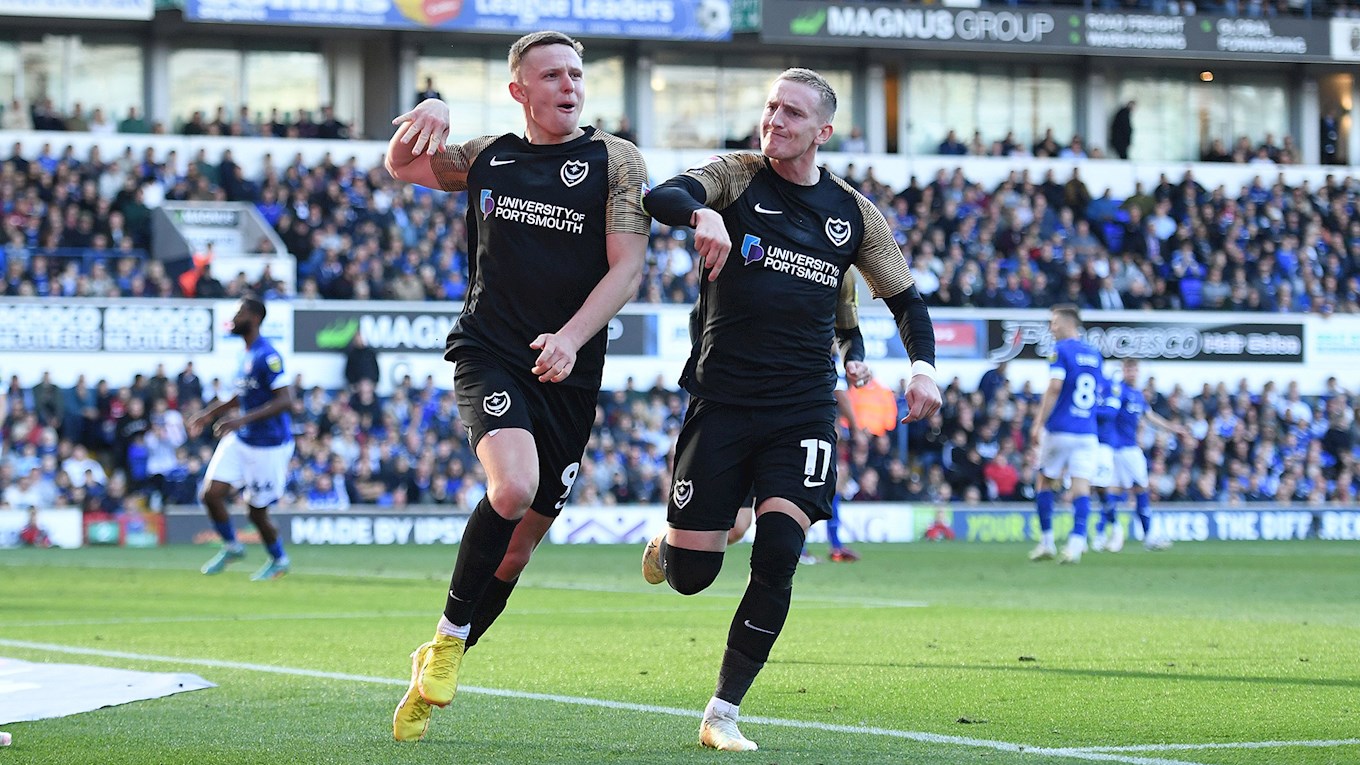 STEVEN WHITTAKER AHEAD OF THE POMPEY CLASH

Assistant head coach Steven Whittaker spoke to the media ahead of Fleetwood Town’s trip down south to face Portsmouth at Fratton Park – here’s what he had to say:

“I think the stats tell you a lot about them [Portsmouth], they are a high-energy team that scores a lot of goals and can score goals from set plays so there are different challenges in the match that we are going to face. We’ll prepare the boys the best we can and hopefully, we can stand up to it and push our game onto them and give them something to think about.

“There is no doubt that it will be a tough game, but the good thing about matches from our point of view this season is that we’ve been in every game no matter who it has been against, whether that be home or away, so we are hoping that the game on Saturday will be no different.

“It’ll be a challenge; we know there are big teams in this league, some expected to be near the top, and some near the bottom, but we’ve had some results against Plymouth and Derby, who are expected to be up there. We beat Peterborough as well so there’s no reason for us to fear anything, we need to go into the game with a plan as we know the boys will buy into it, whatever we go with.” 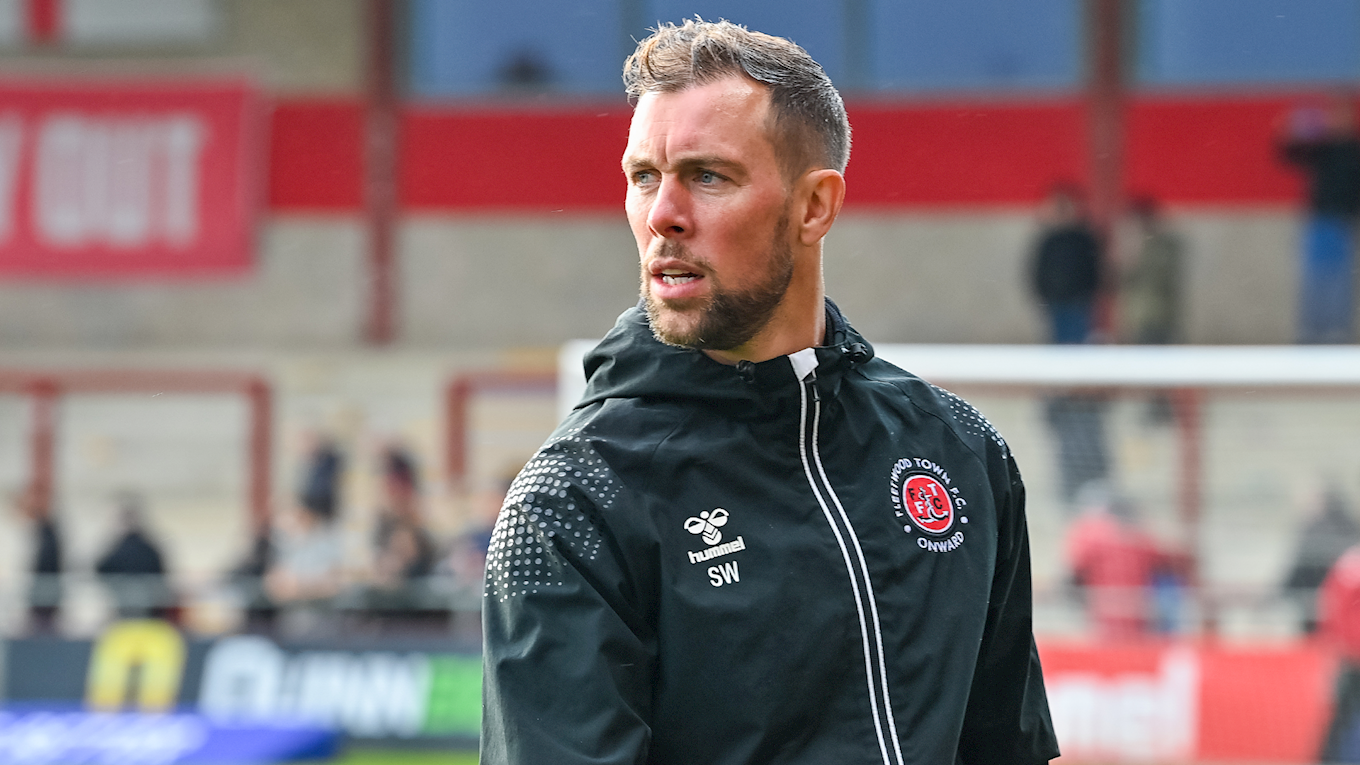 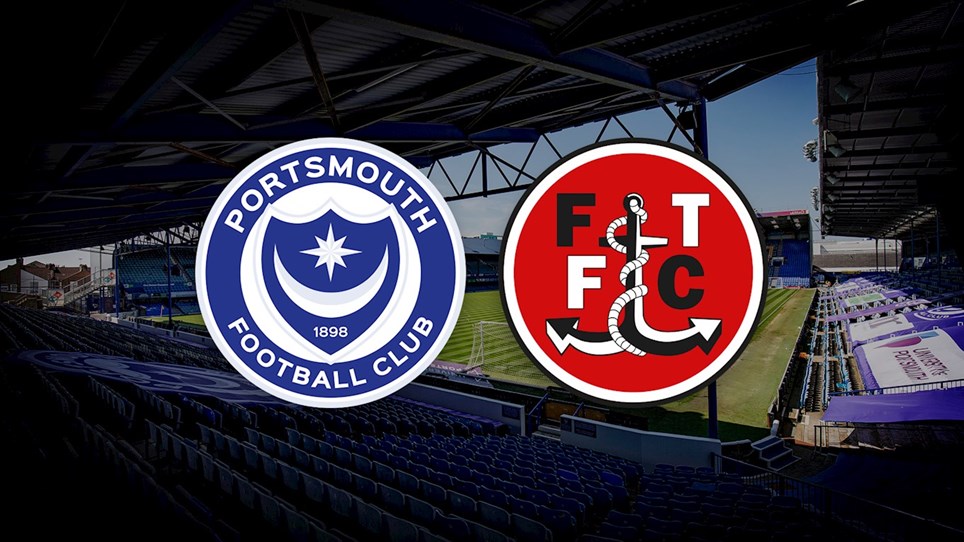 Fleetwood Town played out a 1-1 draw with Portsmouth in their latest Sky Bet League One outing at Fratton Park on Saturday afternoon.

Two first-half goals, with one coming from either side, were all that managed to beat the goalkeepers on a sunny afternoon down south.

The hosts opened the scoring after a strike from distance by Josh Koroma, but Carlos Mendes Gomes pulled it back to level terms with his first Fleetwood goal soon after.

The first chance of the game ended up being the opener in the clash on the south coast as Town struggled to get the ball out of the back, Owen Dale picked up the ball 20-yards out and found Koroma who curled his effort into the far corner, past Jay Lynch who was at full stretch.

Portsmouth’s lead was short-lived though as Town managed to level it up 15 minutes in as Danny Andrew’s well-worked corner found Toto Nsiala at the back post, who headed the ball across goal where Mendes Gomes was able to tap home from close range.

A chance apiece would follow this less than 10 minutes later as Lynch was called into action to deny Koroma from the edge of the box, diving down to his left to stop him, before Harvey Macadam went down the other end, looking to find Admiral Muskwe with his cross, but the defender did well to put him off.

Pompey ended the half strongly as they managed to work a few chances before the break. The first fell to Michael Morrison, who headed on Owen Dale’s delivery, and hit the outside of the post. The second was a shot, once again inside the Fleetwood area, but Nsiala was there to slide and block it.

It was a close one at the start of the second period as Koroma fired a free-kick from 20-yards just past the near post and then created another chance from a set-piece soon after. This time, Marlon Pack found himself with a yard of space and rattled the crossbar with his powerful effort.

After the hour mark, Scott Brown’s side could have put themselves into the lead as Andrew’s corner was played all the way through to Shaun Rooney at the back post, whose effort was on target but was saved by Griffiths and cleared by the defence.

Mendes Gomes looked to try and double his tally with the last meaningful chance of the game as he latched onto substitute Dan Batty’s lofted cross from the right and beat his marker in the air but headed the ball wide of the target.

This weekend, Town will be making the trip down to Fratton Park - one of the grounds on the Cod Army's list every season - as they will be looking to pick up all three points against the side who currently sit 4th in the table.

Here are the ticket prices for the Pompey clash: 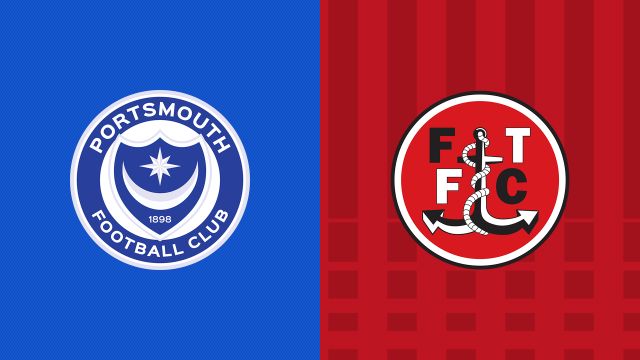 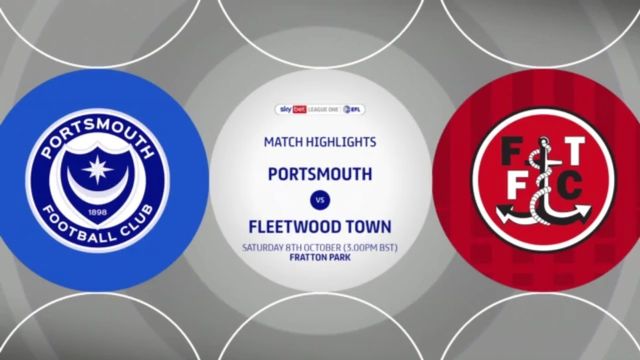 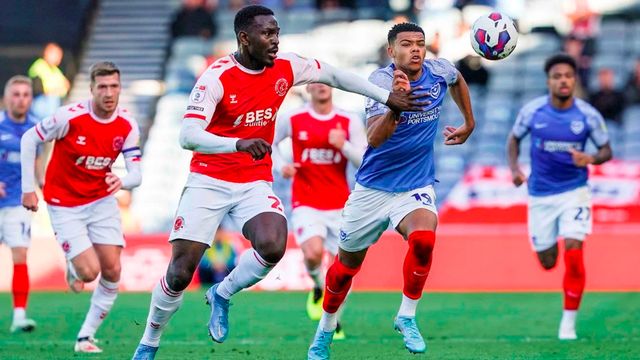