Fleetwood Town are set to face Port Vale in the opening fixture of the 2022/23 Sky Bet League One campaign, and we have all you need to know ahead of the 3pm kick-off in our match preview.

After a successful pre-season, Town head into the new season with three wins from the last three pre-season matches, with wins over FC Halifax Town, Dundee United and Barrow AFC.

Joe Garner and Promise Omochere scored in the 2-1 victory over National League side at Poolfoot Farm, with the Cod Army coming from a goal behind to beat the Shaymen.

With seven new signings this summer, Fleetwood have been busy in the transfer window. Promise Omochere was the latest signing, after penning a three-year-deal from League of Ireland side, Bohemians. New head coach, Scott Brown has assembled a side ready to take on newly-promoted, Port Vale this weekend – after their victory in London earlier this year.

If you haven’t already purchased your tickets for today’s match, click HERE to buy now! 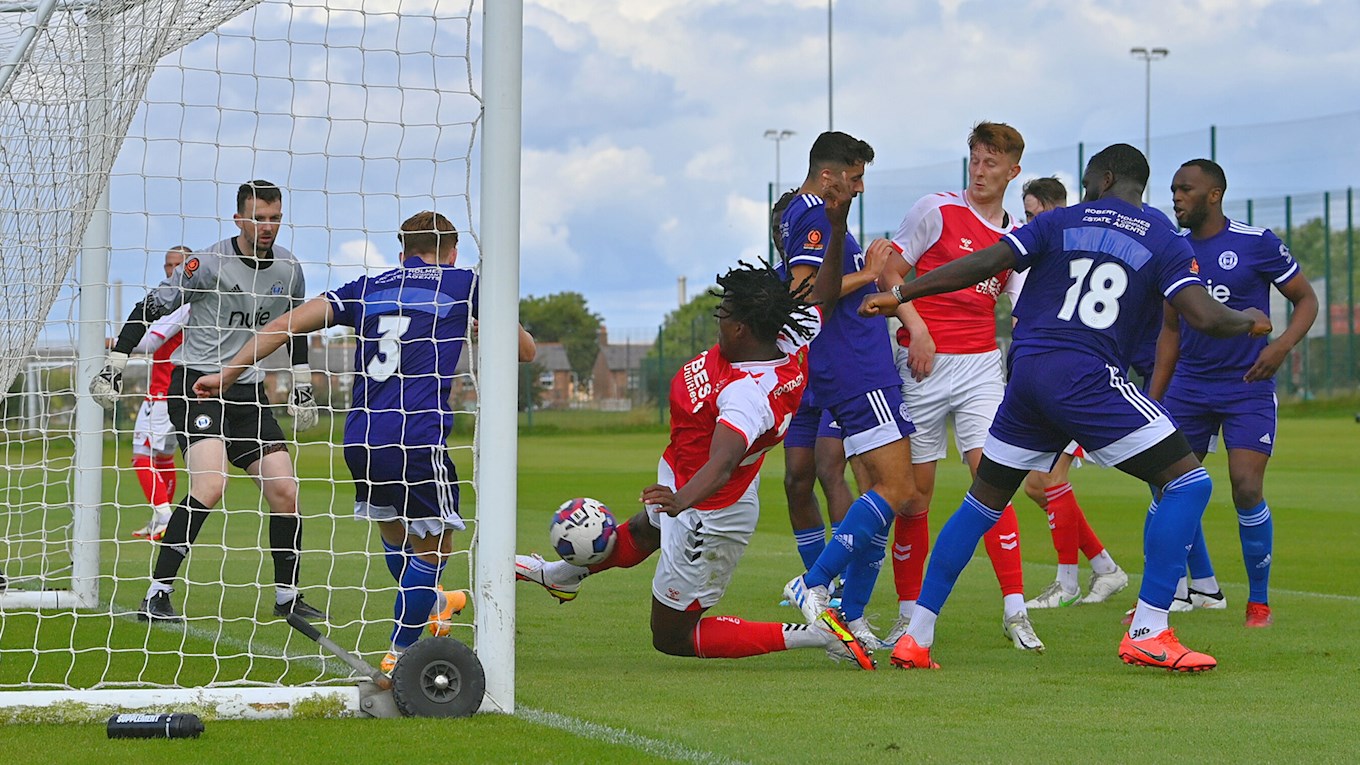 The Sky Bet League One side have had a very good pre-season too. Their last friendly match was against League Two side, Rochdale, with Vale coming out 3-2 winners after 90 minutes. Jamie Proctor's brace and a strike from Funso Ojo saw them come from 2-0 down against Rochdale to win at the Crown Oil Arena.

Vale have been active in the transfer window just like their opponents today. Rory Holden is the latest recruit. The 24-year-old has joined from Walsall – where he worked with currently boss Darrell Clarke.

Thierry Small, Will Forrester and Derek Agyakwa have also signed on the dotted line this week ahead of the clash against Fleetwood Town. 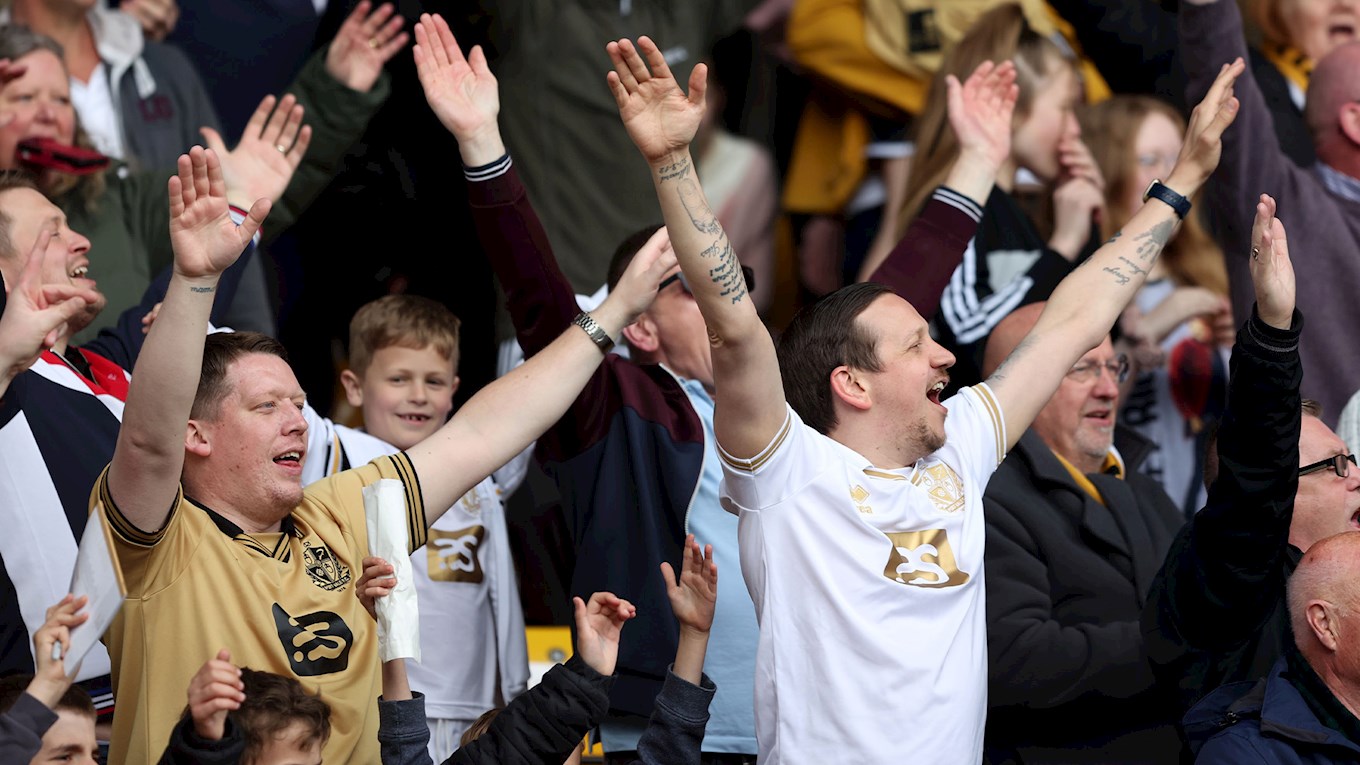 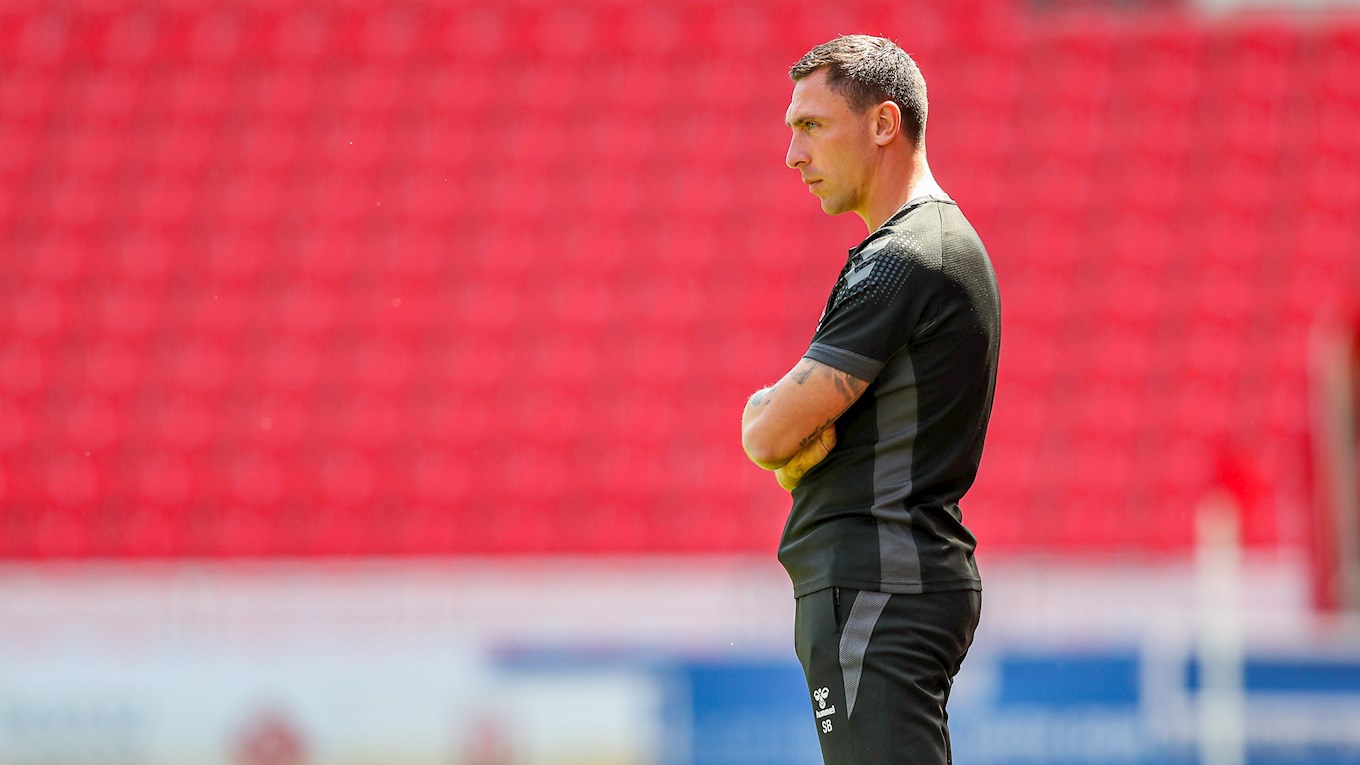 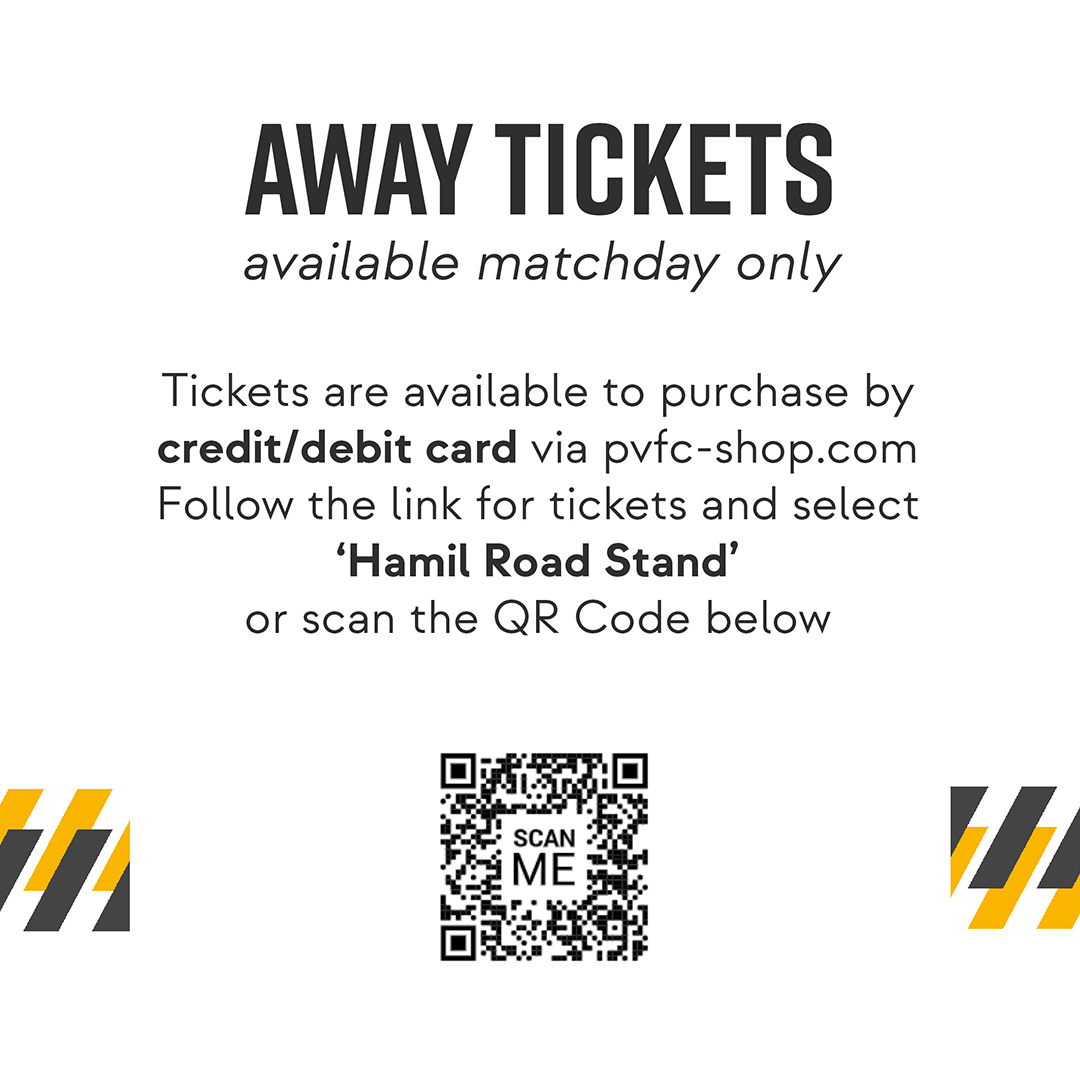 Fleetwood Town fell to a narrow 2-1 defeat to Port Vale on the opening day of the Sky Bet League One season on Saturday afternoon.

Dan Batty opened the scoring early on, but two goals within three minutes from the hosts put the game in the hosts' favour. Even though Town created chances throughout the game after conceding, it wasn’t meant to be as it ended in a loss.

It was Town who started out the better side as they broke the deadlock just seven minutes into the clash. New signing Promise Omochere picked up the ball in the Vale box and crossed to Batty – our top scorer in pre-season – who volleyed the ball home from 12-yards.

The home side then came into the clash as Mal Benning played a deep free-kick towards Ben Garrity on the edge of the box, whose shot went wide of the near post, not troubling Jay Lynch.

Fleetwood worked the ball down the other end, and played a lobbed through ball for Paddy Lane to run onto. He then found the feet of goal scorer Batty, but Aiden Stone stopped his near post effort.

A quickfire brace from the Valiants changed the game around the half-hour mark as defenders Smith and Hall both found the net from different set-pieces, meaning they would take the lead in the clash before the half.

It was a close-fought second half with a lack of chances for both sides. A worrying part of the early action in the second period was when Omochere went down holding his face after a collision with Smith – he had to be brought off after the challenge.

With 15 minutes to go, substitute Ellis Harrison came close to levelling up the score line as he managed to get on the end of a corner kick from Danny Andrew, but his effort from 16-yards was deflected away from goal by a Vale defender.

The last chance of the game fell to the hosts as Rory Holden took a free-kick from range for the Valiants, which was blocked by Joe Garner’s face, which seemed to do some damage as he stayed on the ground. Luckily, he was back up and playing soon after.

Make sure to book your seat at Vale Park for Fleetwood Town’s Sky Bet League One clash against Port Vale this Saturday by buying your tickets online!

The long wait is almost over as the first game of the brand-new League One season is just around the corner, and we want you to be there cheering on the Cods from the stands at Vale Park - the game will kick-off at 3pm on Saturday so be there and be proud!

Supporters will be able to purchase tickets on the day through the home side’s online ticketing site. Click HERE to head to their ticketing page. (There will be no in-person sales on the day.)

*Tickets go off sale from the club shop at 4:30pm but will remain available online.*

Here’s a reminder of the ticket prices for the Vale clash:

*For example, it will cost an adult with an Onward Card just £29 for both their match ticket and coach travel to and from Stoke-on-Trent – it’s worth getting your Onward Card today!

Please note, supporters can buy tickets on the day of the game but ONLY ONLINE. There will be no in-person sales at Vale Park so if you want a ticket on the day, you will have to use the QR codes around the ground to do so. 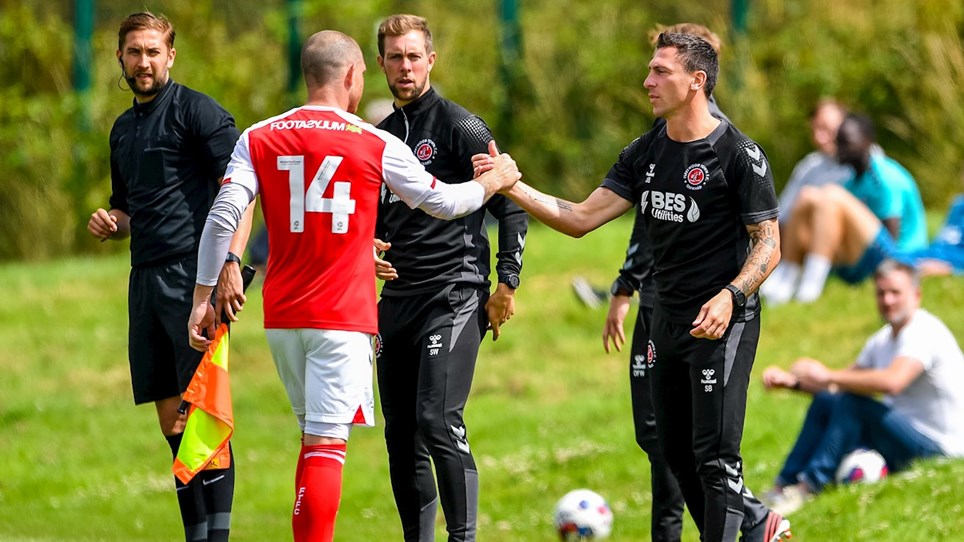 Start payday off right by sorting your Vale tickets for Saturday!


Let’s do payday right by booking on to watch Fleetwood Town take on Port Vale in the Sky Bet League One opener this Saturday at Vale Park (3pm kick-off)! 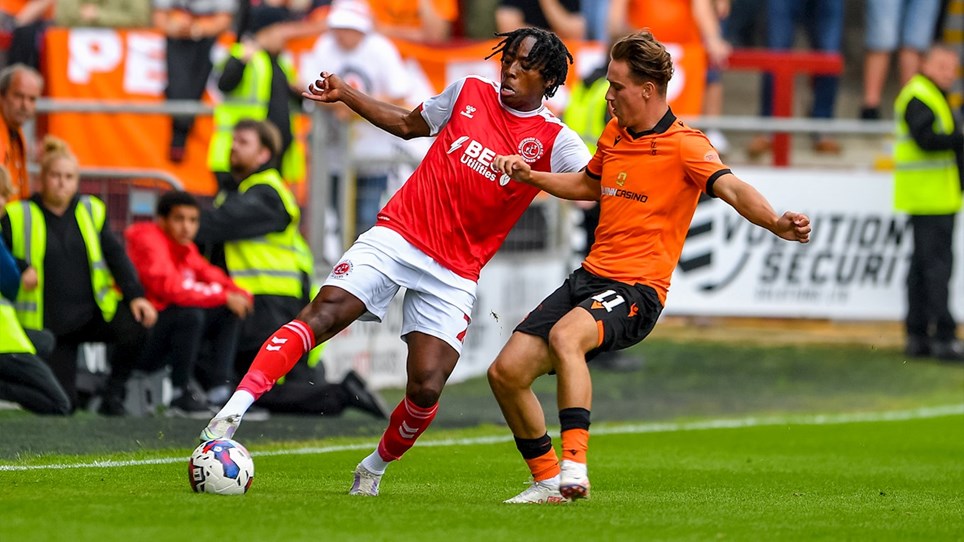 Our League One opener is this weekend and we want you there!


With Fleetwood Town's pre-season preparations now out of the way, all focus is on the Sky Bet League One opener against Port Vale at Vale Park this Saturday (3pm kick-off)! 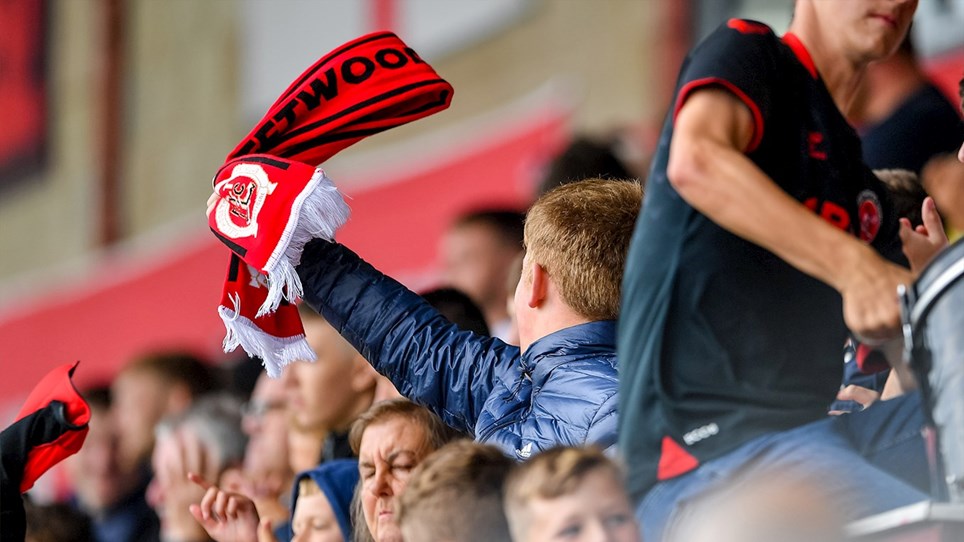 Get your tickets and travel sorted for Saturday's trip to face Port Vale!


Book your tickets and travel for Fleetwood Town's opening fixture of the season against Port Vale at Vale Park this Saturday! 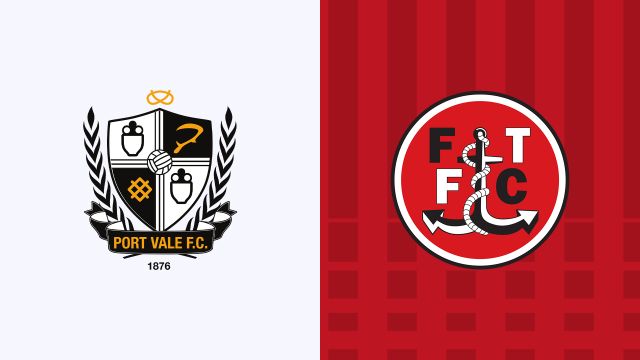 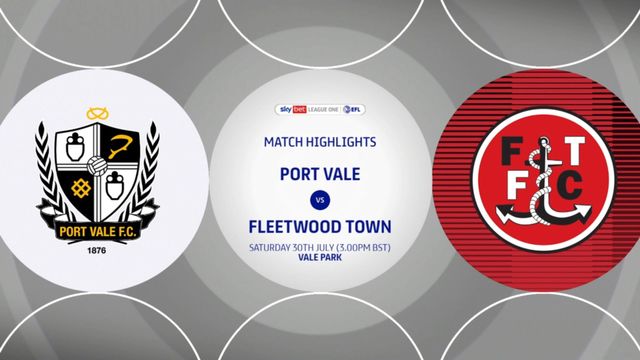 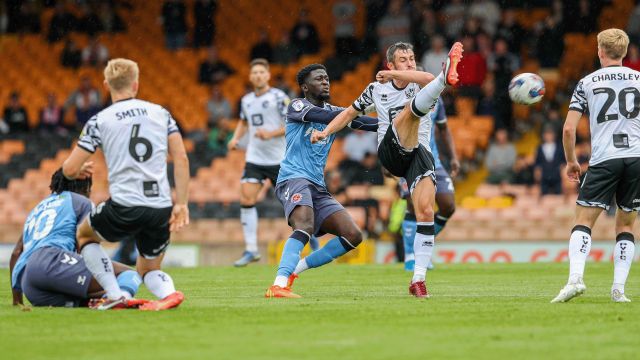