Fleetwood Town are set to face Lincoln City at Sincil Bank on Saturday 27 August, and we have all you need to know ahead of the 3pm kick-off in our match preview. 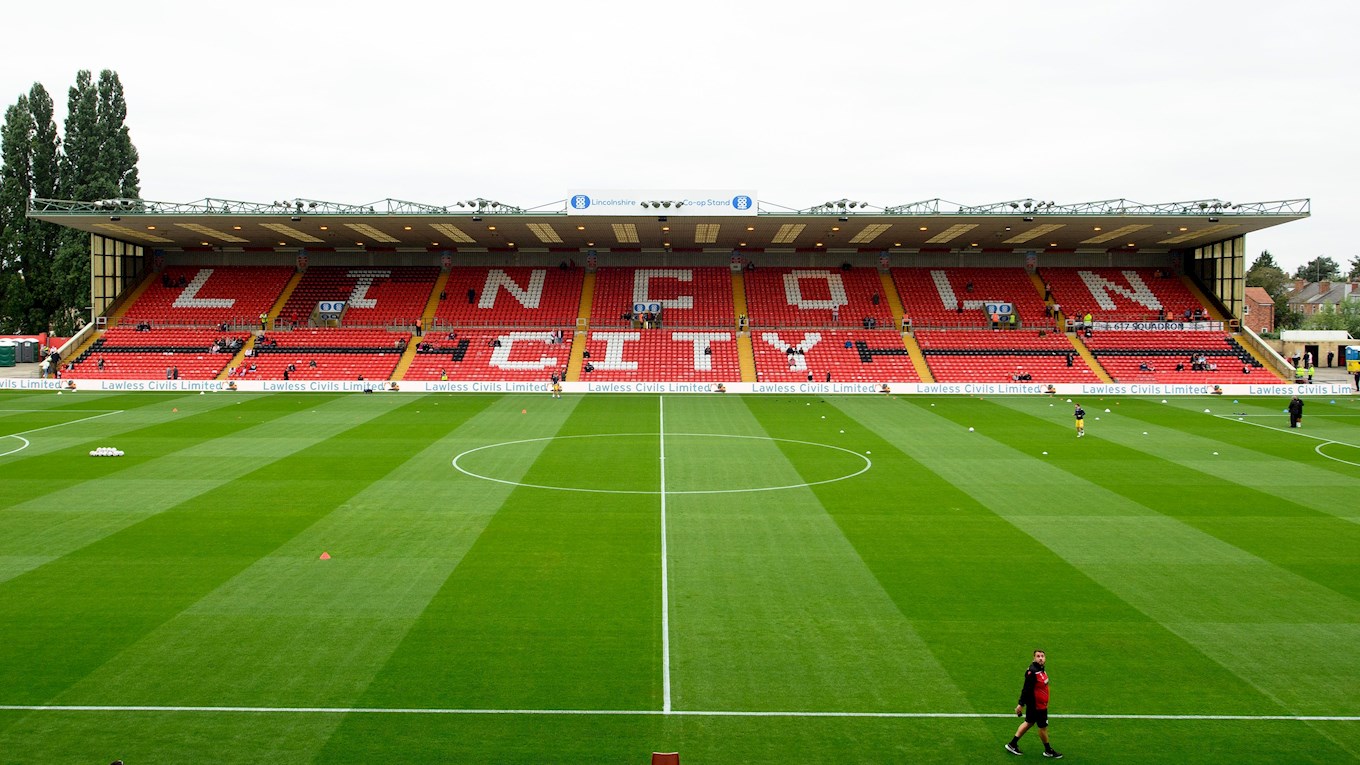 The Cods have had a good run of form over the last three games as they have managed to keep two clean sheets against Cheltenham Town and Derby County respectively, before fighting valiantly against Premier League side Everton in Round Two of the Carabao Cup on Tuesday night.

In the clash against the Toffees, which saw Frank Lampard bring a number of first-team players to Highbury, it was Academy products Cian Hayes and Drew Baker who shone brightest as they put in man-of-the-match performances against experienced top-flight professionals.

Before that, the two clean sheets in the league meant that the side would pick up two points and would have something to build on as they now look to take all three points from the Imps as they make their way to Sincil Bank at the weekend.

If you haven’t already purchased your tickets for the match against Lincoln City, click HERE to buy now! 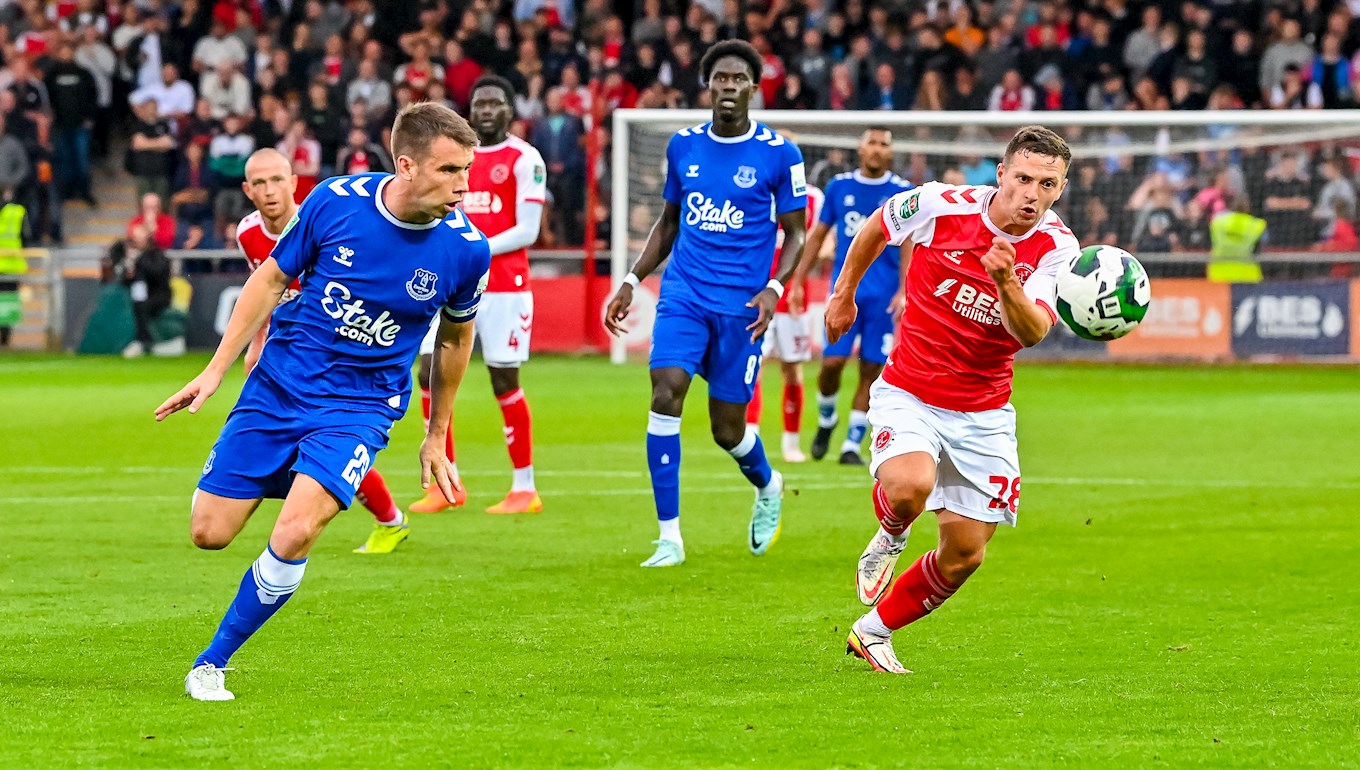 Lincoln have started the campaign in a strong fashion, with their latest result being a Carabao Cup Round Two victory over League Two side Barrow on Tuesday at Holker Street.

The tie was heavily contested as Anthony Scully broke the deadlock after just eight minutes, but goals from David Moyo and Ben Whitfield flipped the game on its head with three minutes to go. Drama ensued as Jordan Garrick’s goal meant the tie would go to penalties, which the Imps won 3-1 on the night.

Even though the side fell to a 4-0 loss to recently relegated side Peterborough United, they were on a five-game unbeaten streak with wins coming against Doncaster Rovers in the EFL cup, as well as a 2-1 away win over Oxford United in the league. 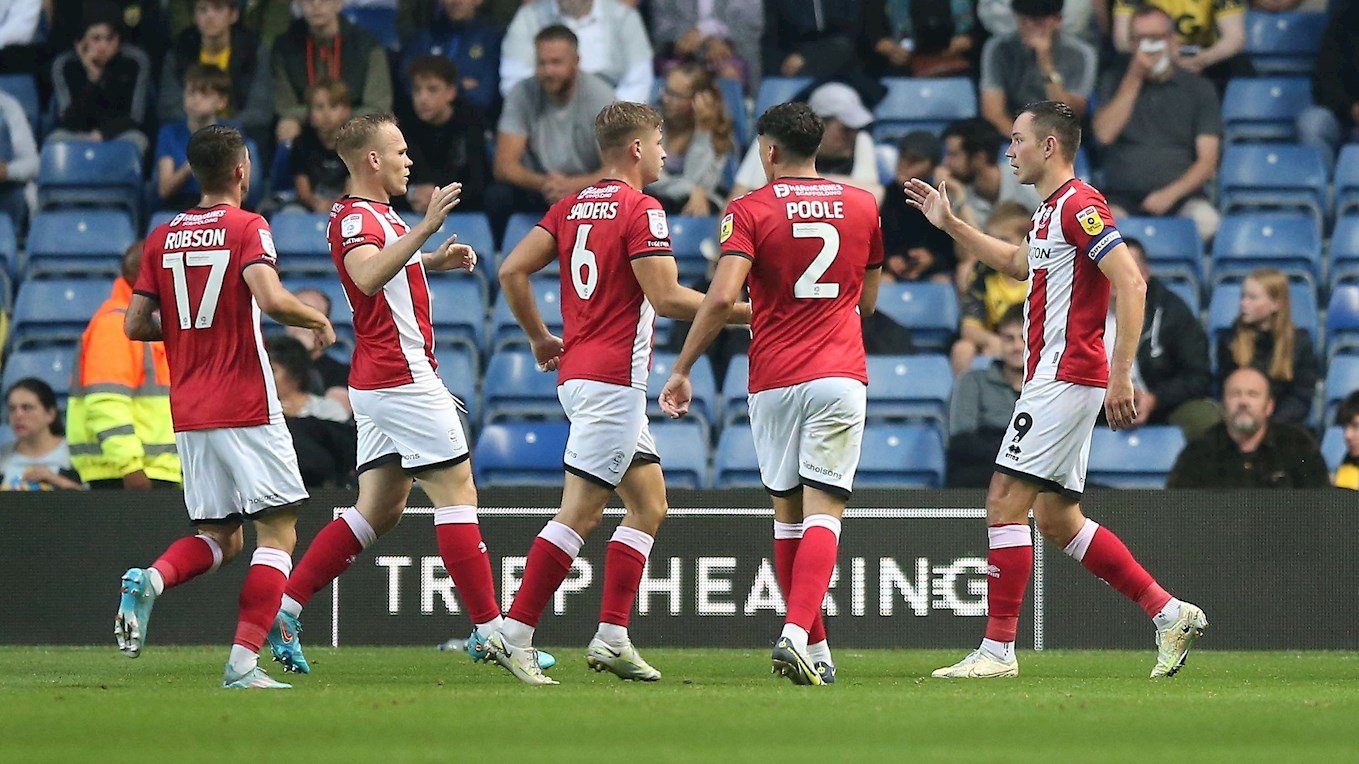 TICKET NEWS AHEAD OF THE IMPS CLASH

Fleetwood Town fans have until 4:30pm on Friday 26 August to get their match tickets for the Sky Bet League One match against Lincoln City. Supporters can buy tickets at the Ticket Office at Highbury or buy tickets ONLINE.

Tickets will be available on the day at Lincoln with no price increase. Travelling fans will purchase theirs from the visitor’s ticket window, located at the Club Store via card payment only. 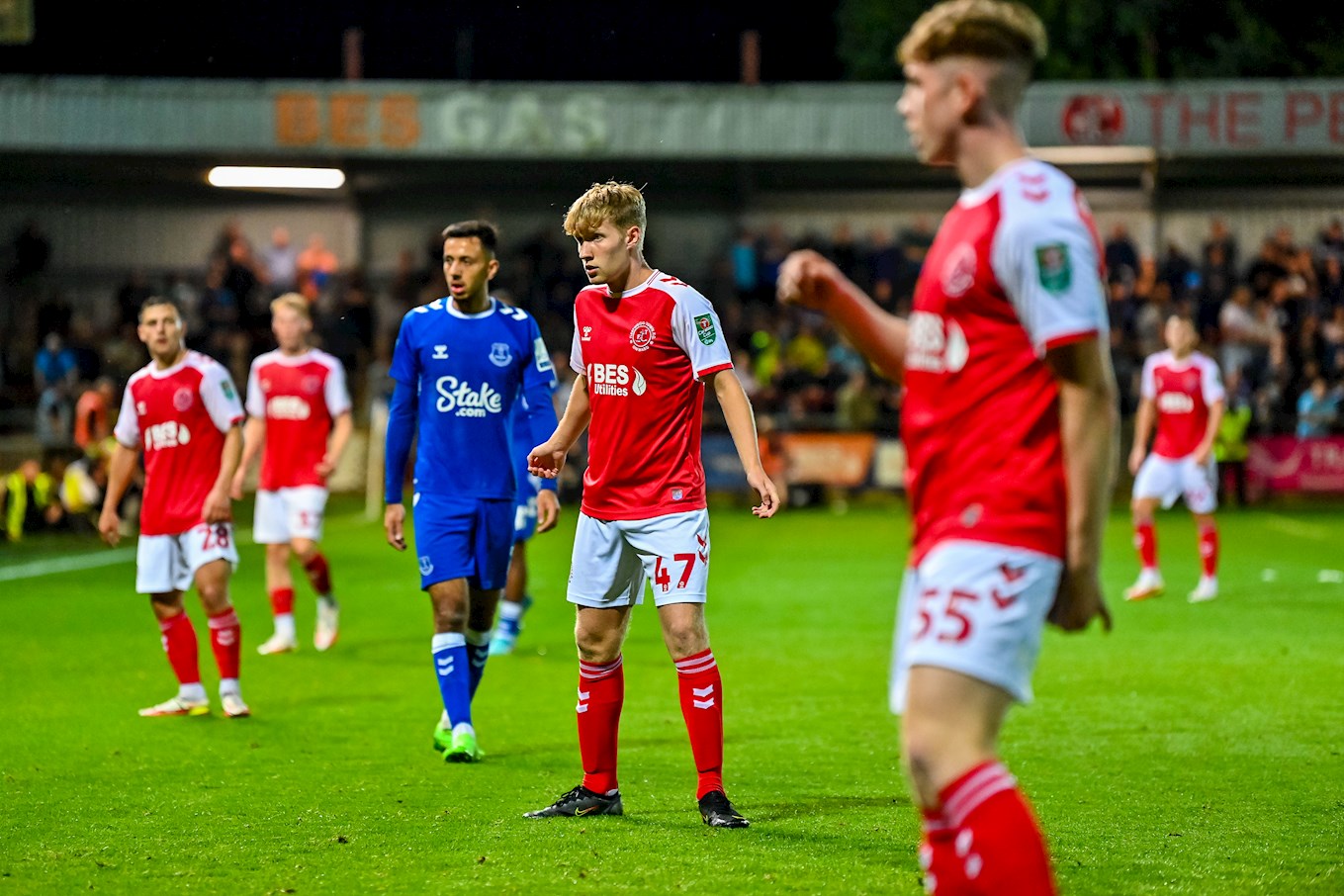 Assistant Head Coach Steven Whittaker spoke to the press on Thursday afternoon ahead of Fleetwood Town’s trip to face Lincoln City at Sincil Bank for their latest Sky Bet League One fixture – here’s what he had to say:

“We’ve done a bit of work on this; Lincoln have had the same results as us and try to play – they’re a good side. Getting points on the road is something we want to do so it’s a game we want to go into with confidence, especially from what we’ve done in the early part of the season and just try to build on it.

“There are no easy games. I’ve watched English football and have played in it as well so I’m aware that if you're not at it, and aren’t ready for any specific game, regardless of where they are in the league, then you put yourself up to lose that game.

“We’re expecting a tough game, they play in a similar style to us, so if we can match them in terms of intensity or be in front of them in the intensity, we will give ourselves a good foothold in the game. The gaffer has gone on about mentality and we are going into each game looking to win it, so we need to make sure we are prepared and ready to go.” 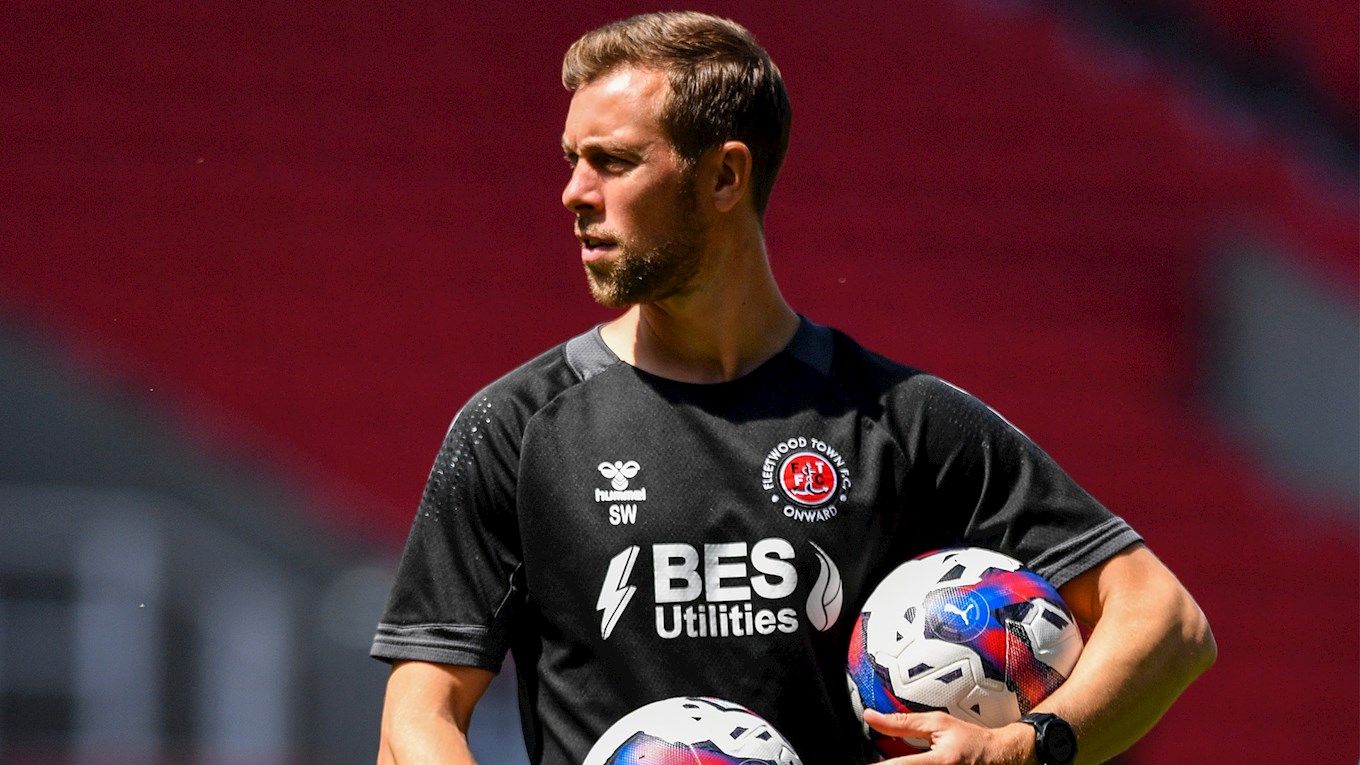 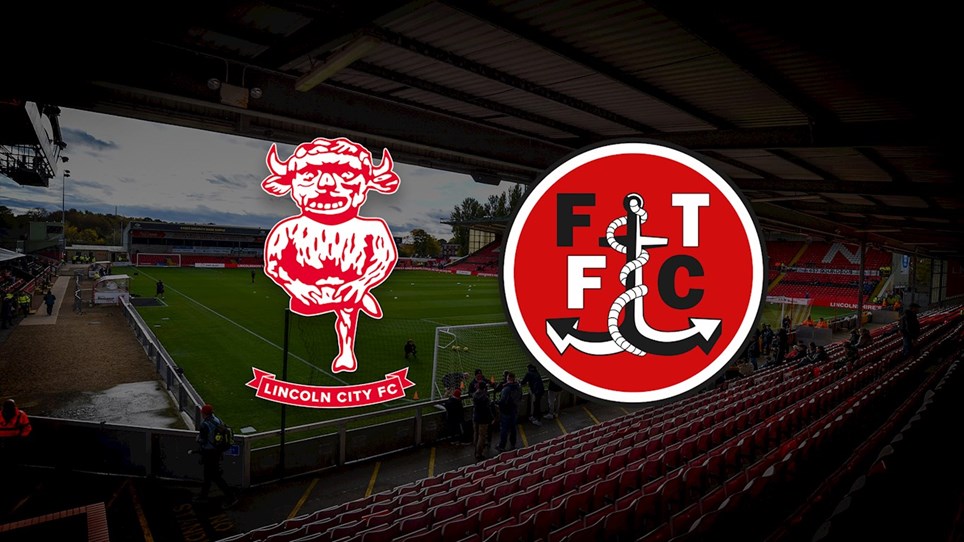 Fleetwood Town battled valiantly throughout their 2-2 draw with Lincoln City at the LNER Stadium on Saturday afternoon.

The Cods created the majority of the chances after the home side took a swift two-goal lead in the opening 10 minutes of the game. Paddy Lane managed to pull one back just after the half-hour mark and, substitute Ged Garner completed the comeback in added time as he headed a free-kick home in the sunshine.

The home side started the brighter as they managed to find the net twice in the earl stages with the first two chances of the game. Both goals came from the left with Tashan Oakley-Boothe crossing the first one in, and Sean Roughan playing in the second, for Ted Bishop to net both from close range.

Town started to grow into the game soon after as they created two quickfire chances around the 16-minute mark as Danny Andrew’s powerful effort had to be saved by the keeper’s head which led to a corner. Then, Paddy Lane’s strike from range flew just past the far post from the resulting set-piece.

Chances kept flowing for the Cods in the first half as Joe Garner saw his effort, which was aimed at the near post after getting on the end of Shaun Rooney’s cross, saved by Carl Rushworth before Harvey Macadam tried his luck from 20-yards, but Cian Hayes accidentally got in the way inside the box.

Just after the home side tried to catch Fleetwood out on the counter, Scott Brown’s side managed to pull one back and halve the deficit as Lane was played through the middle by a perfectly placed pass, with which he took control of it and calmly slotted the ball between the keeper’s legs and into the net.

The pressure carried on from the front as Town managed to create two more chances ahead of the break with Lane almost latching onto J.Garner’s through ball, but Rushworth reacted well and cleared. Soon after, Hayes picked up the ball inside the box and fired just wide of the near post.

At the start of the second half, the Town defence had to have their wits about them as Lincoln came out the blocks looking to add to their tally. Jay Lynch was called into action first as he had to stop Bishop’s effort from close range before Rooney headed behind a set-piece from Anthony Scully.

Both sides then created meaningful attacks with Lane firing just over the crossbar after getting on the end of Andrew’s cross and Scully trying to guide a free-kick from range on goal, but the strike went high and wide of Lynch’s net.

With 18 minutes to go, Fleetwood should have drawn the game level as substitutes Promise Omochere and Carlos Mendes Gomes linked up on the edge of the box to create a chance, which needed to be saved by Rushworth.

As the game drew to a close, Town looked the more likely team to score Ged Garner crossed the ball in towards Omochere, but the keeper did well to deny him. Soon after, the Cods’ number 20 had another chance which flew on target, with Rushworth having to react quickly and save it from going in.

In added time, Town managed to find a way through to score the equaliser as Dan Batty whipped in a free-kick from a dangerous position towards the head of substitute G.Garner, who headed past Rushworth from six yards.

Fleetwood Town fans have until 4:30pm on Friday 26 August to get their match tickets for the Sky Bet League One match against Lincoln City.

After three home games on the bounce, Scott Brown's side will head East this weekend to Lincolnshire to take on Mark Kennedy's Imps.

Supporters have until 4:30pm to purchase tickets for the clash, which can be bought in store at Highbury or ONLINE HERE!

Tickets will be available on the day at Lincoln with no price increase. Travelling fans will purchase theirs from the visitors ticket window, located at the Club Store via card payment only.

The Cod Army will be located in the Stacey West Stand with only seating tickets available:

GET YOUR COACH TRAVEL TO LINCOLN BOOKED TODAY! 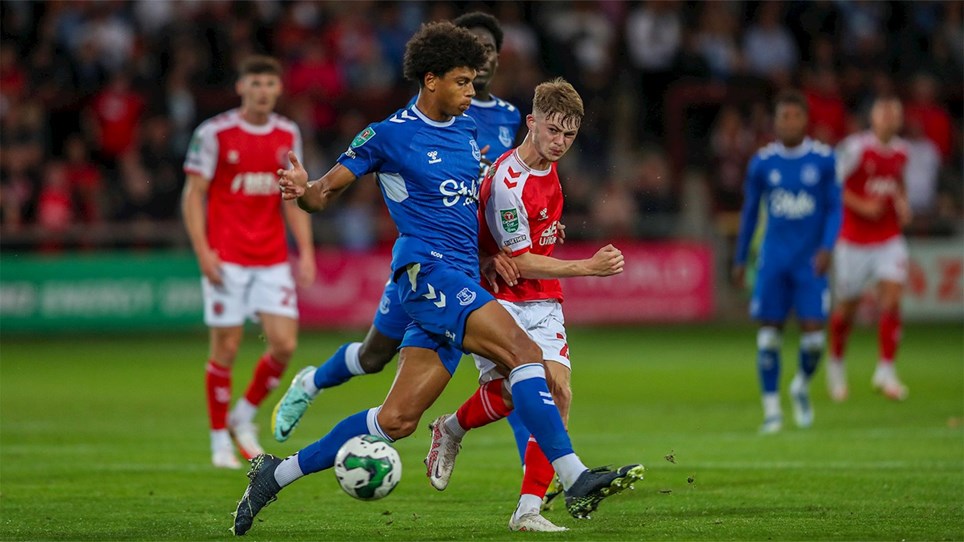 Get your tickets for Fleetwood's trip to Lincoln


Get your match tickets and coach travel for Fleetwood Town's trip to Lincoln City on Saturday 27 August 2022. 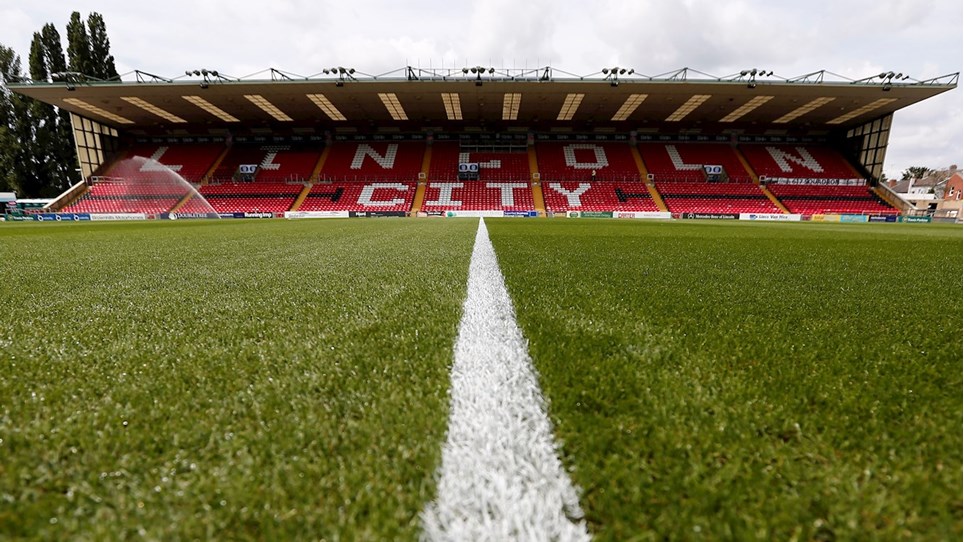 Tickets and coach travel on sale for Town's trip to Lincoln 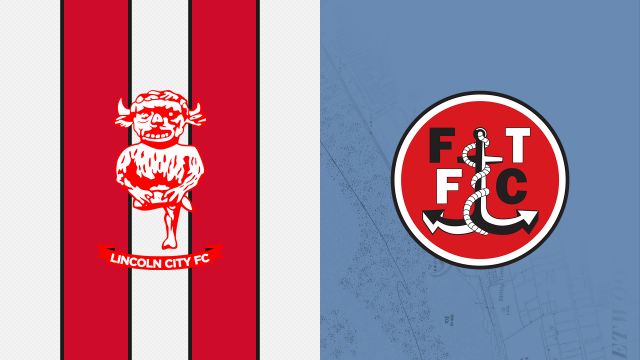 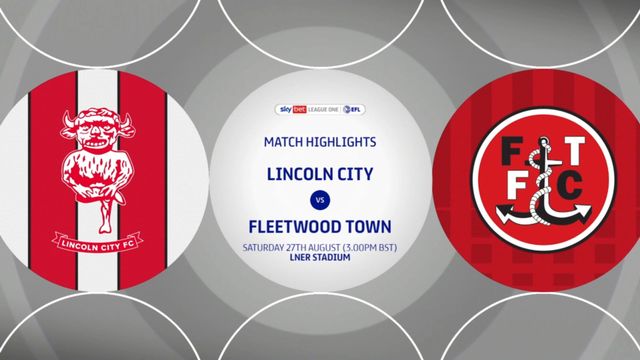 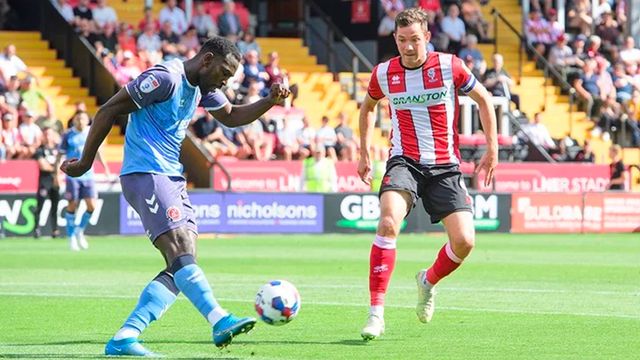