Fleetwood Town face Milton Keynes Dons on Tuesday 28 September at Stadium MK in a Sky Bet League One fixture, and we have all you need to know ahead of the 7:45pm kick-off in our match preview. 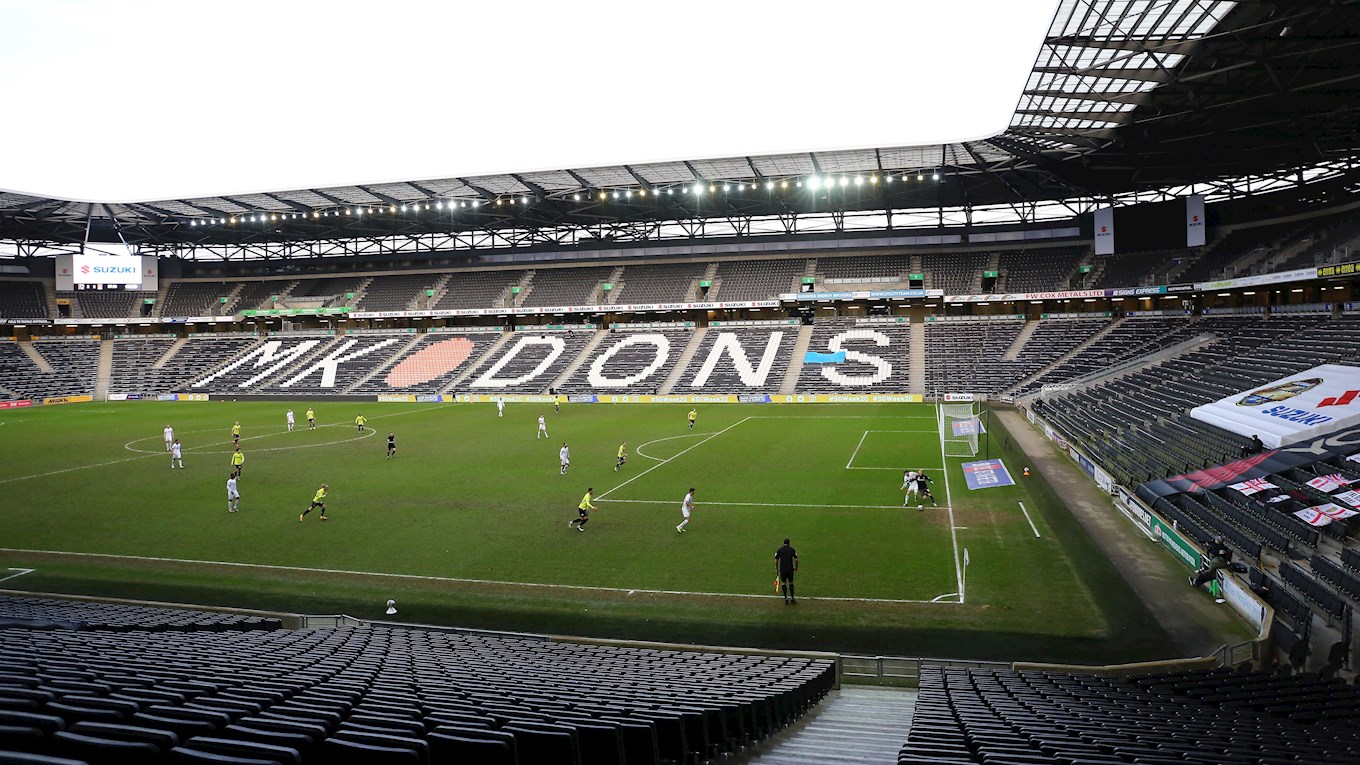 Town are now six games unbeaten in all competitions after their last outing which saw the side comeback to finish the game as a 2-2 draw against Cambridge United at Abbey Stadium on Saturday afternoon.

In the game before, Simon Grayson’s side came back to draw 2-2 against then top-of-the-table Sunderland at Highbury. 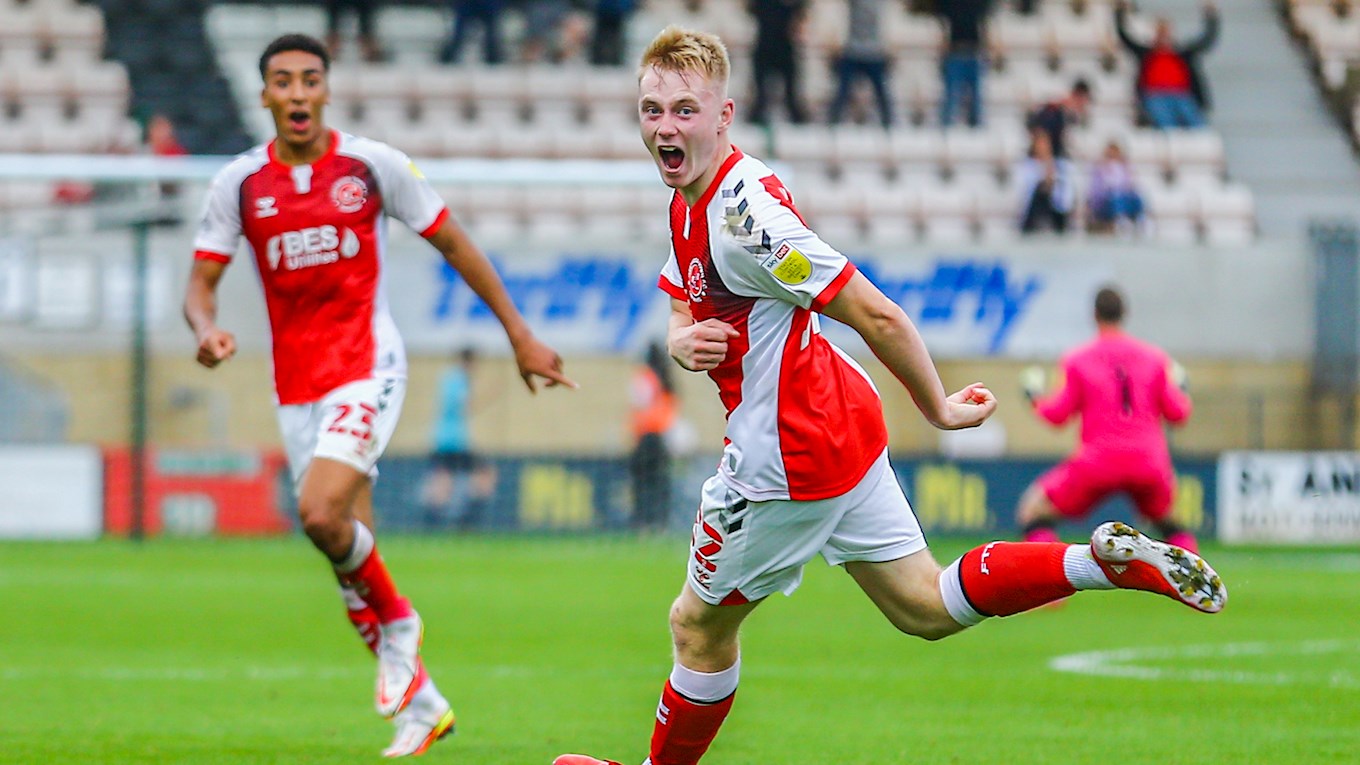 The Dons are currently sitting in third in the table after a good start to the season, with their last result being a 1-0 win over Wycombe Wanderers at Stadium MK last Saturday.

In a game that they dominated from start to finish, a red card for Anthony Stewart changed the tide of the game as the Dons earned a penalty just before the half-time break. Troy Parrott stepped up to take it and calmly slotted it home to secure the win for his side.

In the game before, they travelled to Priestfield Stadium to face Gillingham in what would be a tough ask, as Vadaine Oliver opened the scoring early on in the game for the hosts. Four goals swayed the tie after that by Scott Twine, Peter Kioso, an own goal from Max Ehmer, and Max Watters saw Liam Manning’s side get another win. 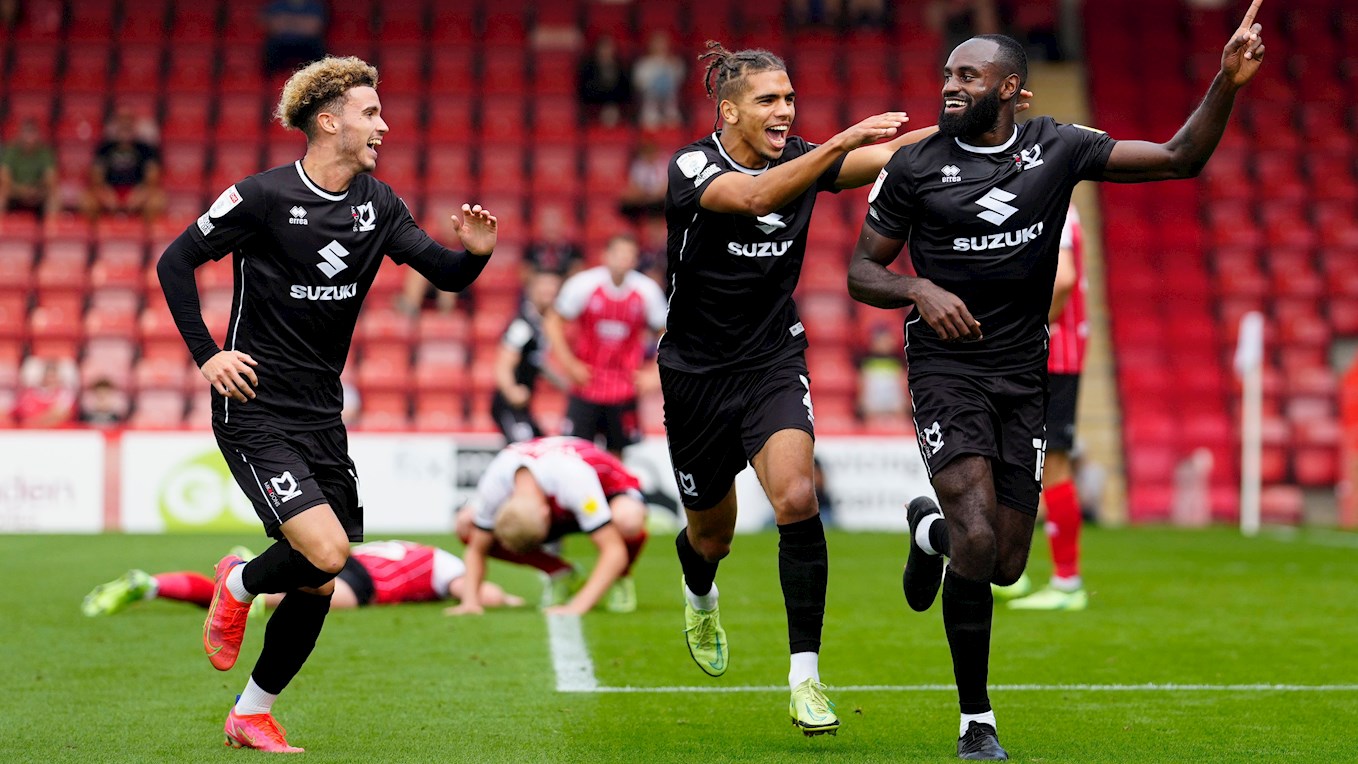 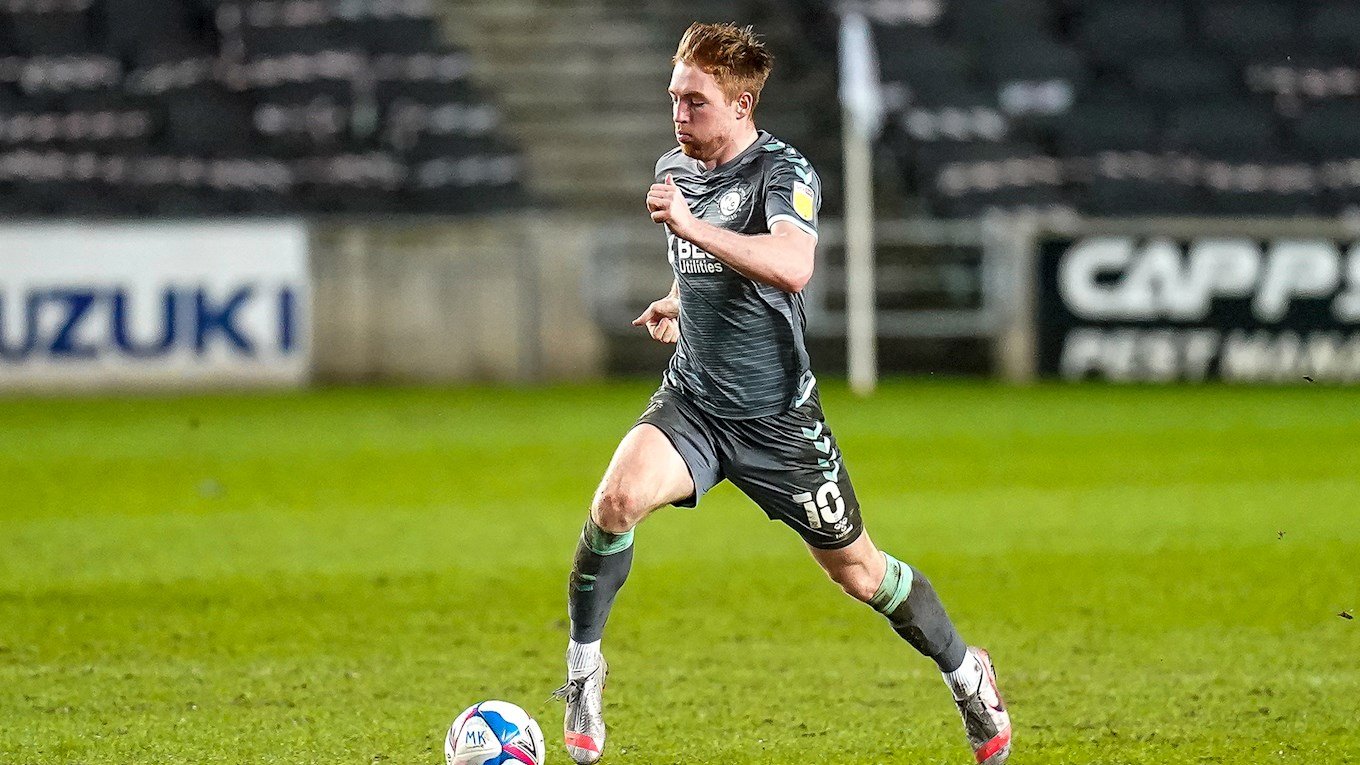 Head Coach Simon Grayson spoke to the media after seeing his side come back to secure a point in their 2-2 draw against Cambridge United at Abbey Stadium. Here is what the gaffer had to say in his interview:

“It was a tough test for us, and we knew that before the game because they’ve had some good results here. They’ve got a winning mentality when you get promoted that can take you a long way. 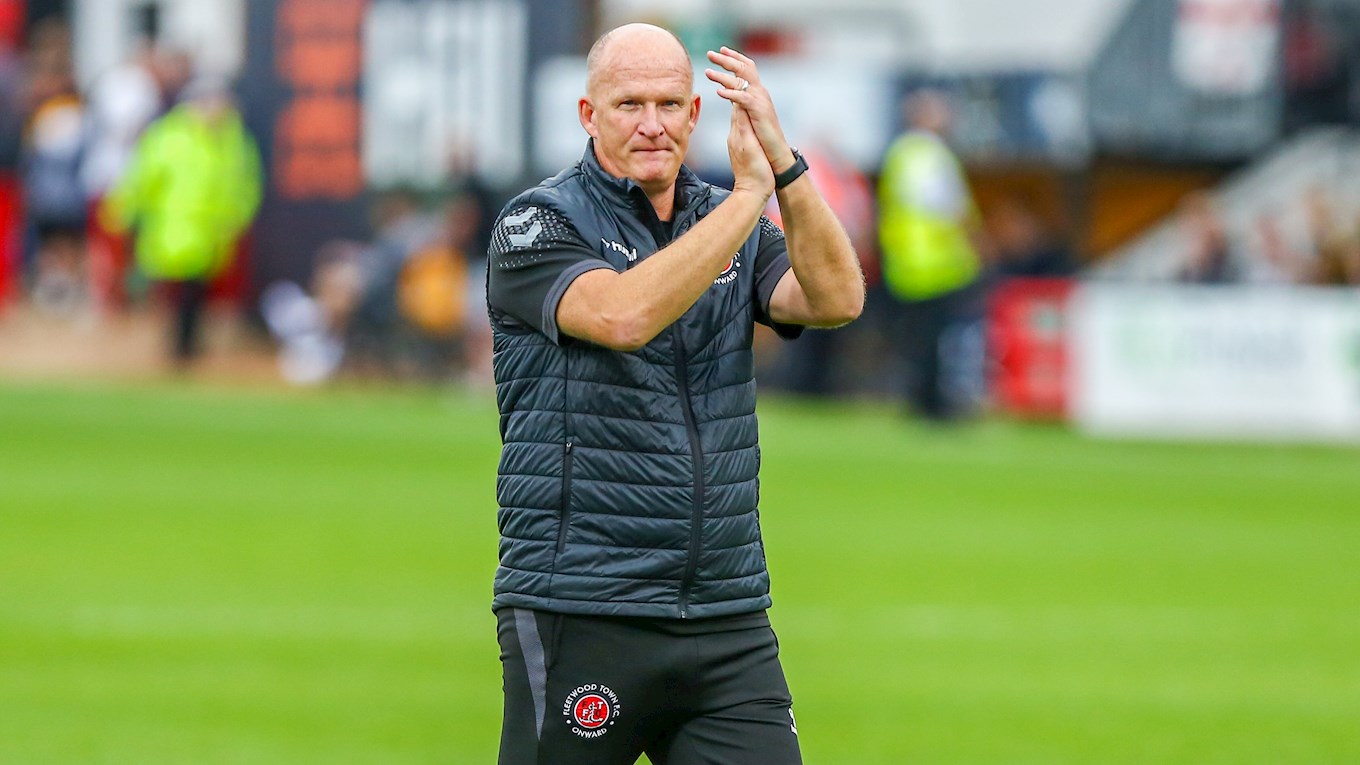 Late drama saw Fleetwood Town come back to share the points in a six-goal thriller against Milton Keynes Dons at Stadium MK.

It was a thrilling first half with four goals in the first 40 minutes as Fleetwood’s Ged Garner and the Dons’ forward Scott Twine both grabbing braces and creating further chances.

Twine then completed his hat-trick ion the second half, but the action wasn’t done yet as Dan Batty came off the bench to drill one home with one minute to go.

MK Dons started the game with two early chances as Troy Parrott looked to be a threat straight away, The Tottenham Hotspur loanee had a shot blocked from a distance while also weaving his way through Town’s defence, but he was unable to get his shot away.

With the next chance of the game, Fleetwood took the lead inside the first 15 minutes through G.Garner who made no mistake in poking the ball into the back of the net from close range.

It was great build-up play from Fleetwood, who wore their black and red strip, as Paddy Lane played it across the 18-yard box to Harrison Biggins who sent G.Garner through on goal with a lovely first-time pass.

Fleetwood began to gain momentum after scoring their opener and it was Lane’s turn next to trouble the opposition goalkeeper, his shot from the edge of the box was parried away by Andrew Fisher.

Just before the half-hour mark MK Dons were back on level terms through a well-taken strike from Twine. The home side’s number nine cut inside on the left-hand side of the box and curled it into the top right corner of Alex Cairns’ goal.

There was a switch in momentum after the equaliser as the Dons nearly found themselves in the lead, if not for a great save from Cairns. Max Watters was bearing down on goal but Cairns made himself big and parried the ball behind for a corner.

It wasn’t long until Fleetwood took the lead once again and it was G.Garner once again. Lane was also involved yet again as he excellently played the forward behind the host’s defence and he slotted it away for his second of the game.

It was an action-packed first half as G.Garner nearly claimed a hat-trick but his effort from just inside the box was deflected wide for a corner.

Dons forward Twine was back in the action as he scored a great goal from 20 yards out as he let fly and there was nothing Cairns could do to stop it from nestling the back of the net.

The first 15 minutes of the second half saw the home side control the majority of the ball but Town’s defence was making it near impossible for them to create any serious chances that worried Cairns.

MK Dons took the lead in the 73rd minute through a Twine free-kick from 25-yards out. Cairns was at full stretch and still couldn’t reach the forward’s effort as it hit the underside of the bar and bounced over the line.

Fleetwood left it late, but they found their equaliser. In a second half with very few chances, substitute Batty produced a fantastic strike as he drilled it from the right-hand side of the box into the bottom left corner, to ensure that Fleetwood would leave Milton Keynes with a point.

Get behind the Cods on Tuesday night as they look to extend their unbeaten when they face Milton Keynes Dons at Stadium MK!

Simon Grayson’s side secured another point in their last outing, which was a 2-2 draw against Cambridge United. James Hill opened the scoring early on, with his first goal for the club, and Paddy Lane pulled us back level after conceding two with a goal to remember from range – let’s keep the support going!

The Cod Army will be located in the North Stand, with prices as follows:

Under-12s: FREE *with a paying adult* 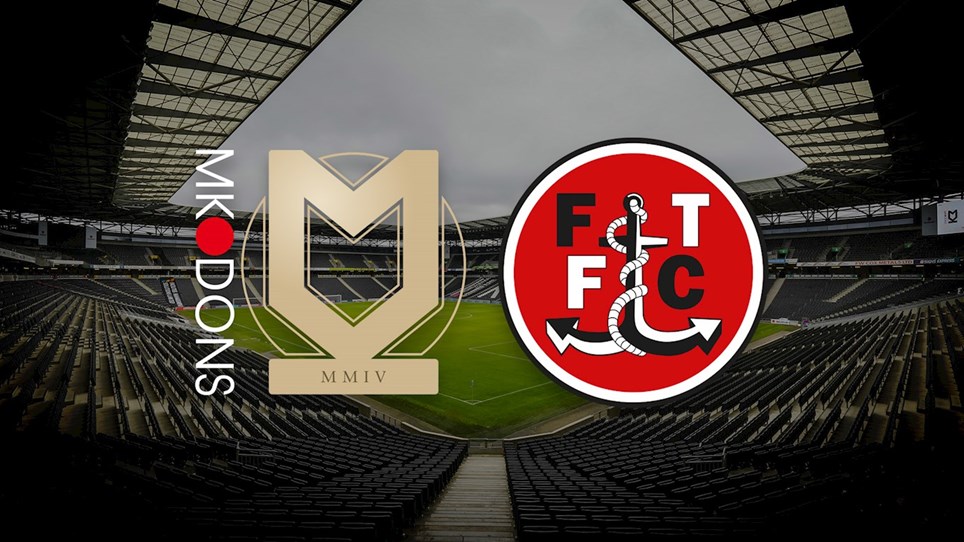 Tickets and travel now on sale for MK Dons


Tickets and coach travel are now on sale for Fleetwood Town’s Sky Bet League One away trip to face MK Dons. 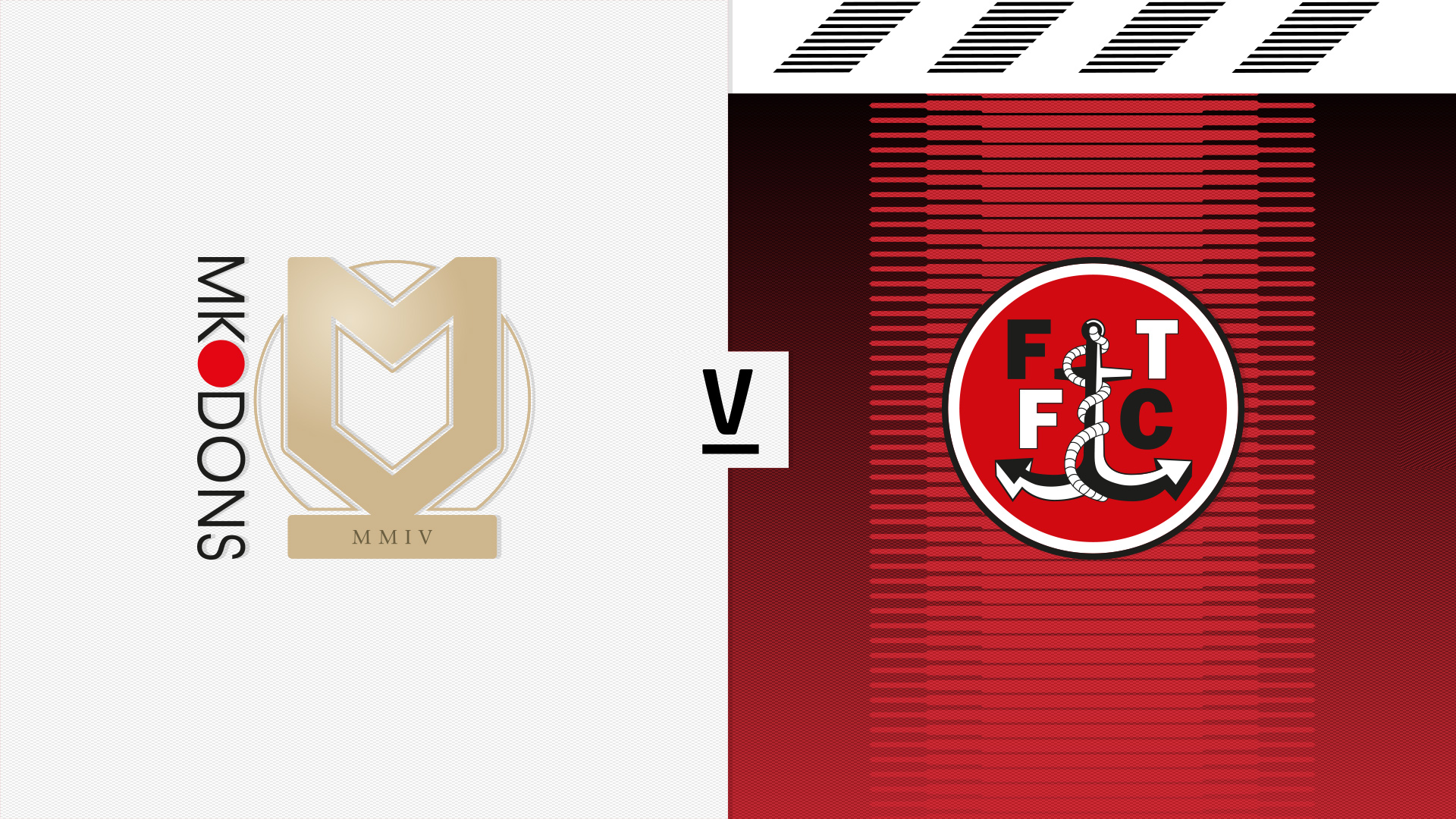 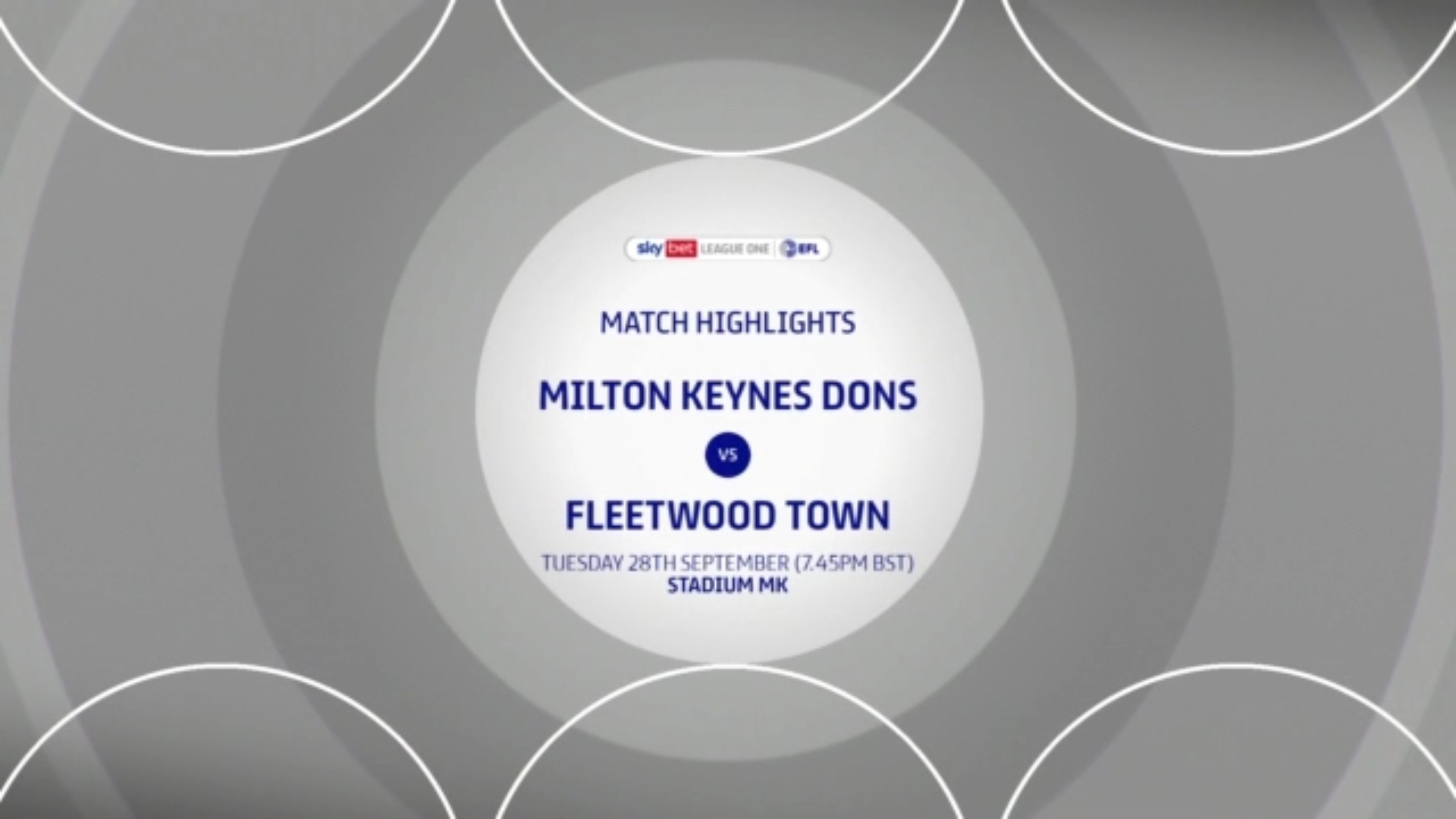 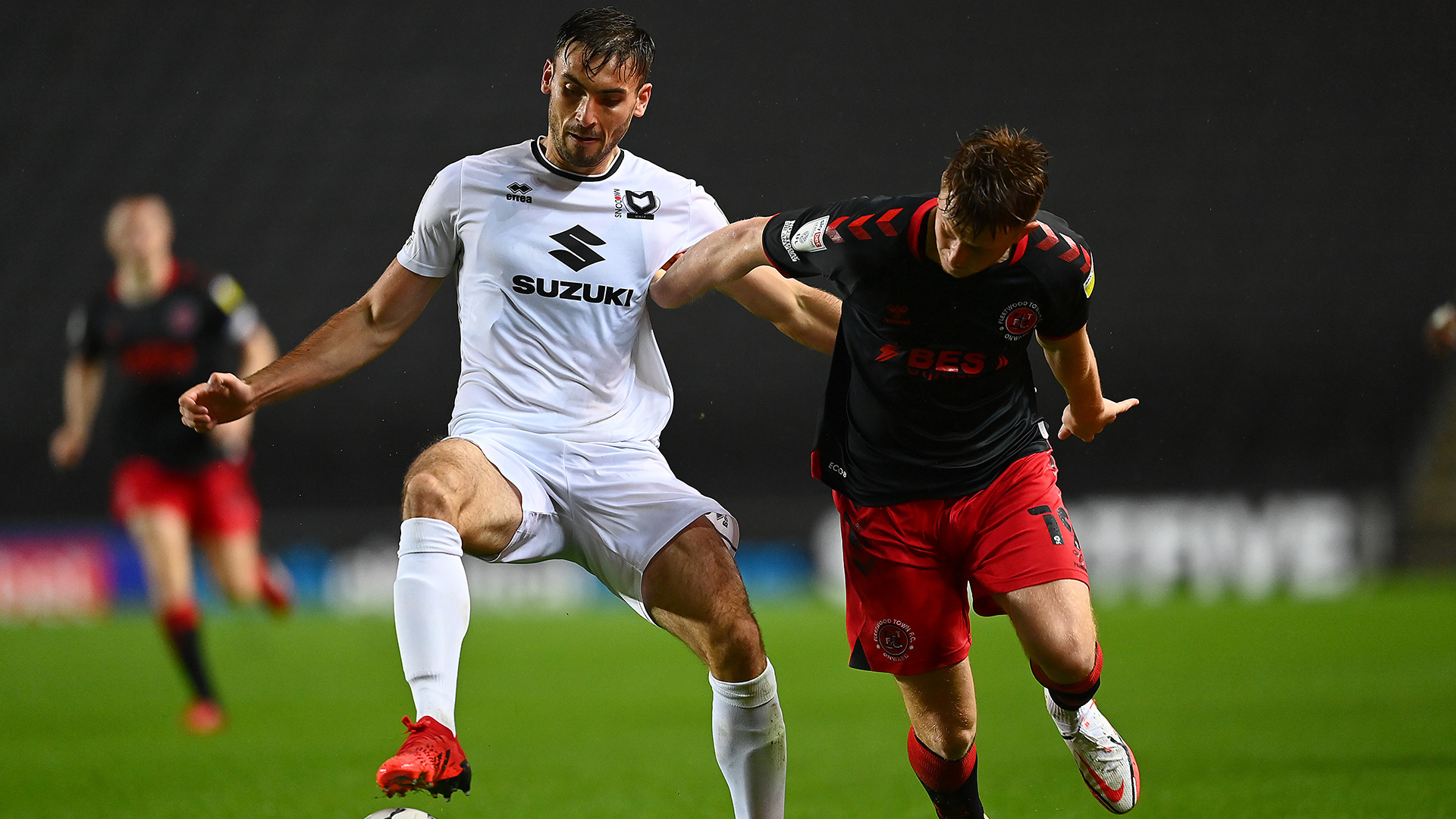