Fleetwood Town face Charlton Athletic on Saturday 2 October at Highbury in a Sky Bet League One fixture, and we have all you need to know ahead of the 3pm kick-off in our match preview.

Town head into their first game in October on the back of a seven-game unbeaten streak in all competitions, with the last outing being a thrilling 3-3 draw against MK Dons on Tuesday.

It was an end-to-end first half with four goals in the first 40 minutes as Fleetwood’s Ged Garner and the Dons’ forward Scott Twine both grabbing braces and creating further chances. Twine then completed his hat-trick ion the second half, but the action wasn’t done yet as Dan Batty came off the bench to drill one home with one minute to go.

In the game before, Town came back from behind to finish their away trip to Cambridge United 2-2 at Abbey Stadium last week. Town broke the deadlock the scoring with the first chance of the game through a James Hill header, with substitute Paddy Lane adding a second late on the level the game out after goals from Adam May and Shilow Tracey. 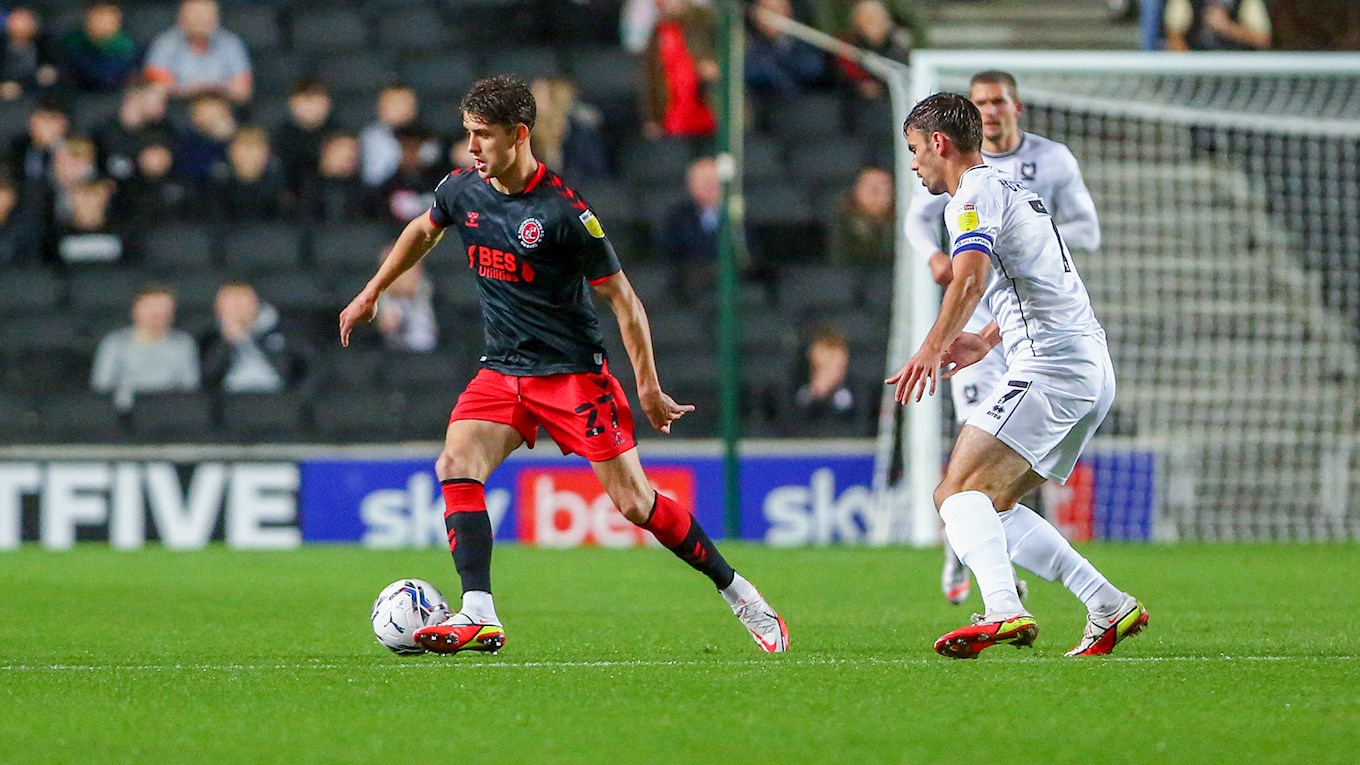 The Addicks will be looking for a turn of form as they fell to a 4-1 defeat to Bolton Wanderers in their last league fixture at The Valley on Tuesday evening.

Nigel Adkins’ side opened the scoring in that game through Josh Davison 12 minutes into the game, but a goal from Oladapo Afolayan just before the break changed the tides in the game, with second half goals from Kieran Lee and former Cod Antoni Sarcevic secured the win.

Charlton picked up a good point in the game before that as they hosted Portsmouth at home and finished the game as a 2-2 draw. Sean Clare and Davison got the goals on the day, cancelling out strikes from Ronan Curtis and Marcus Harness in the close encounter. 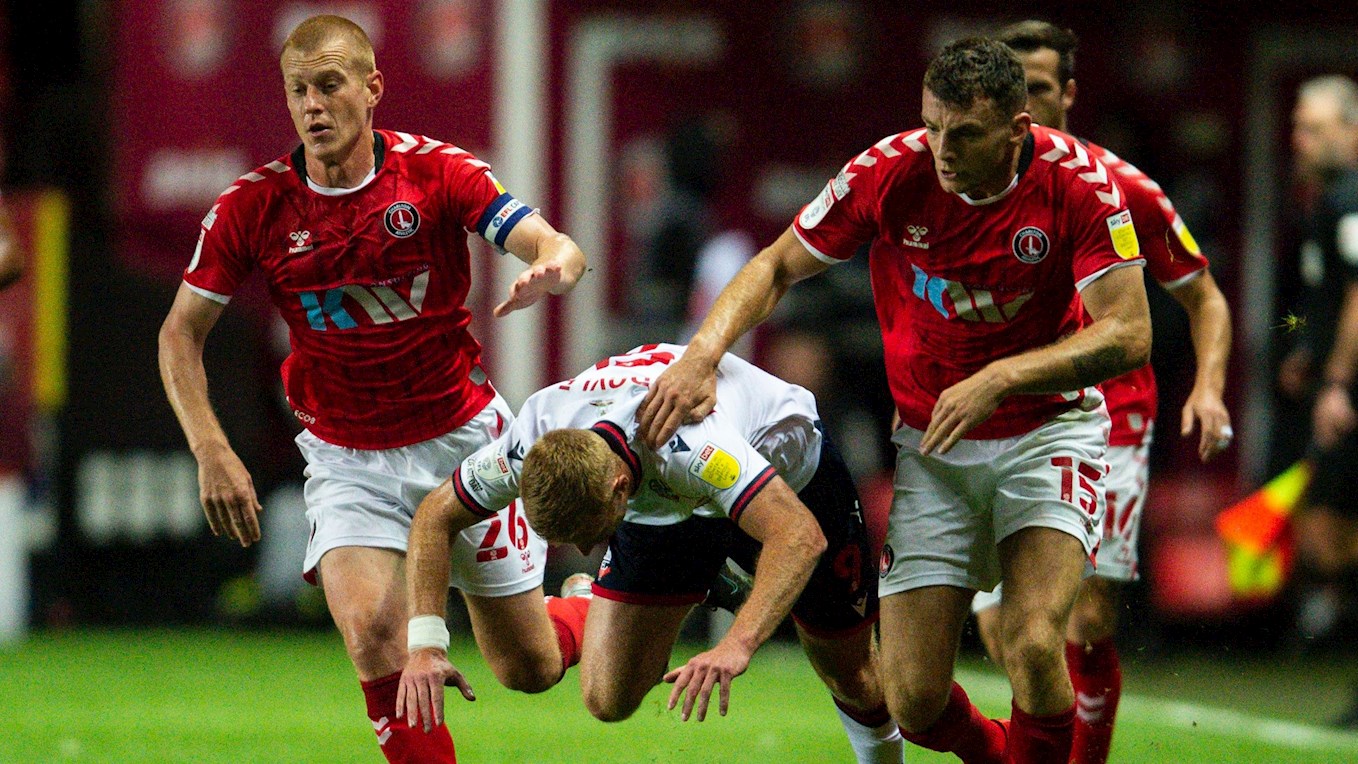 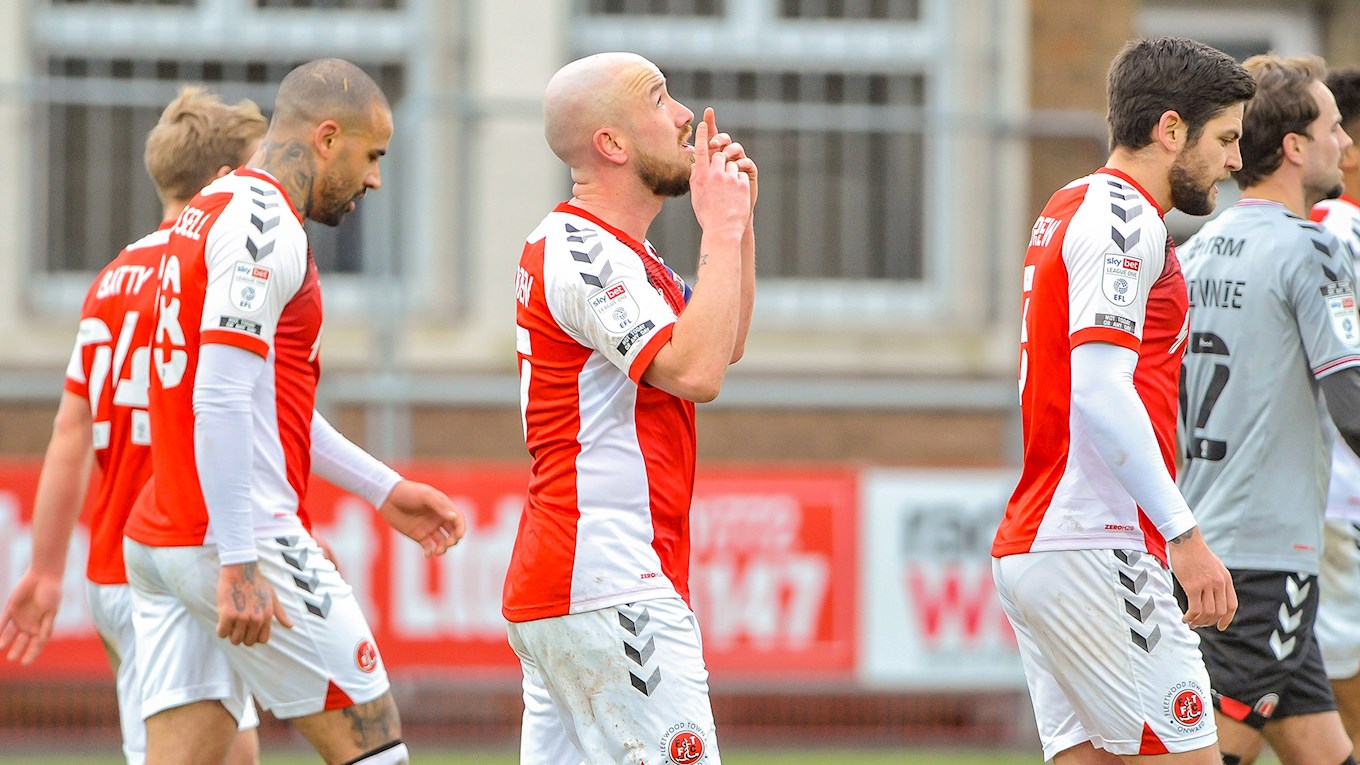 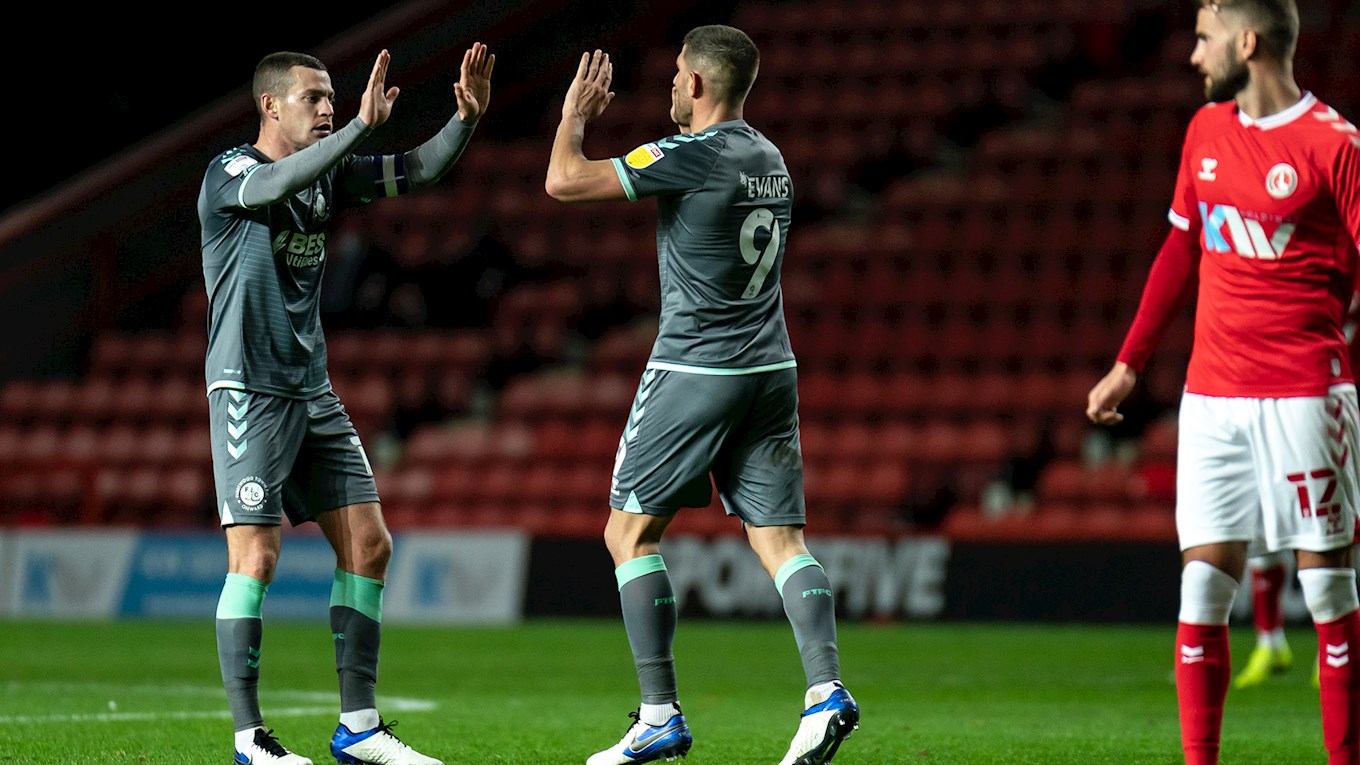 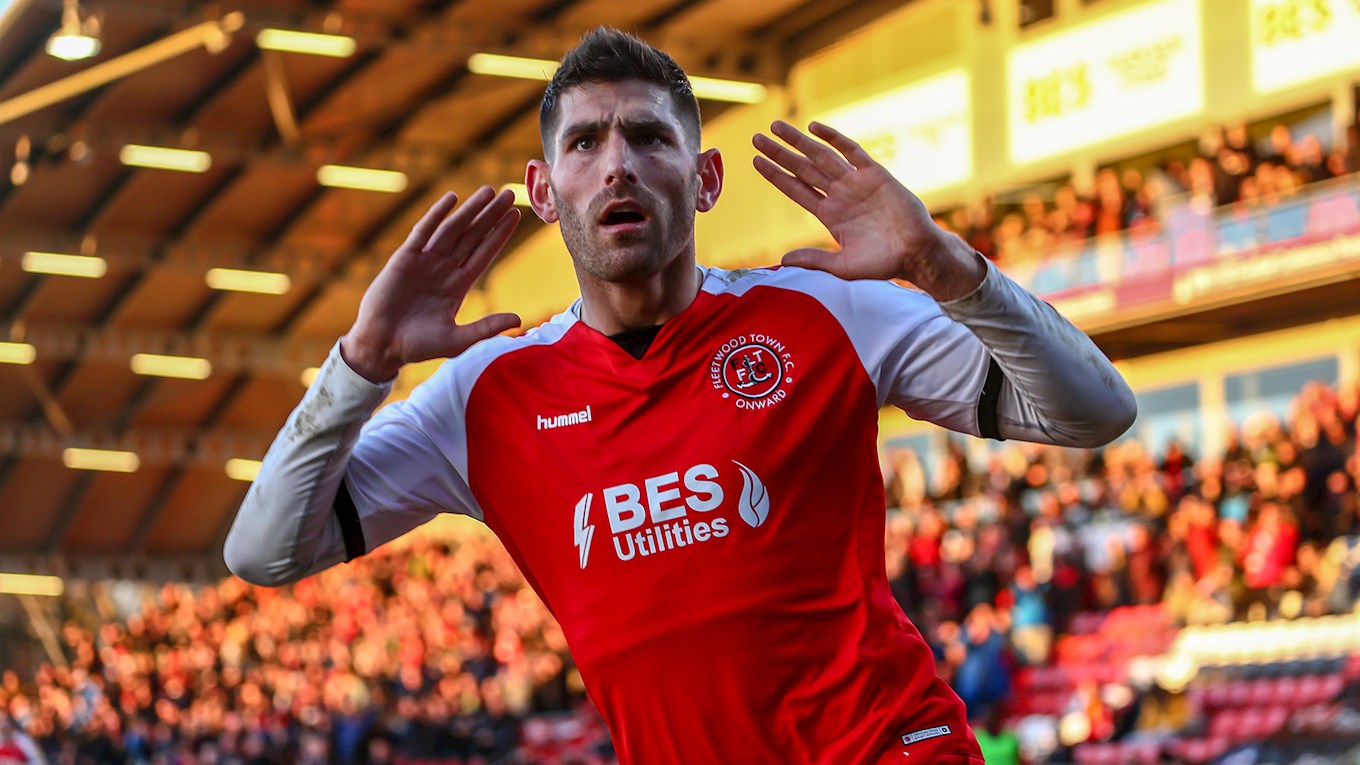 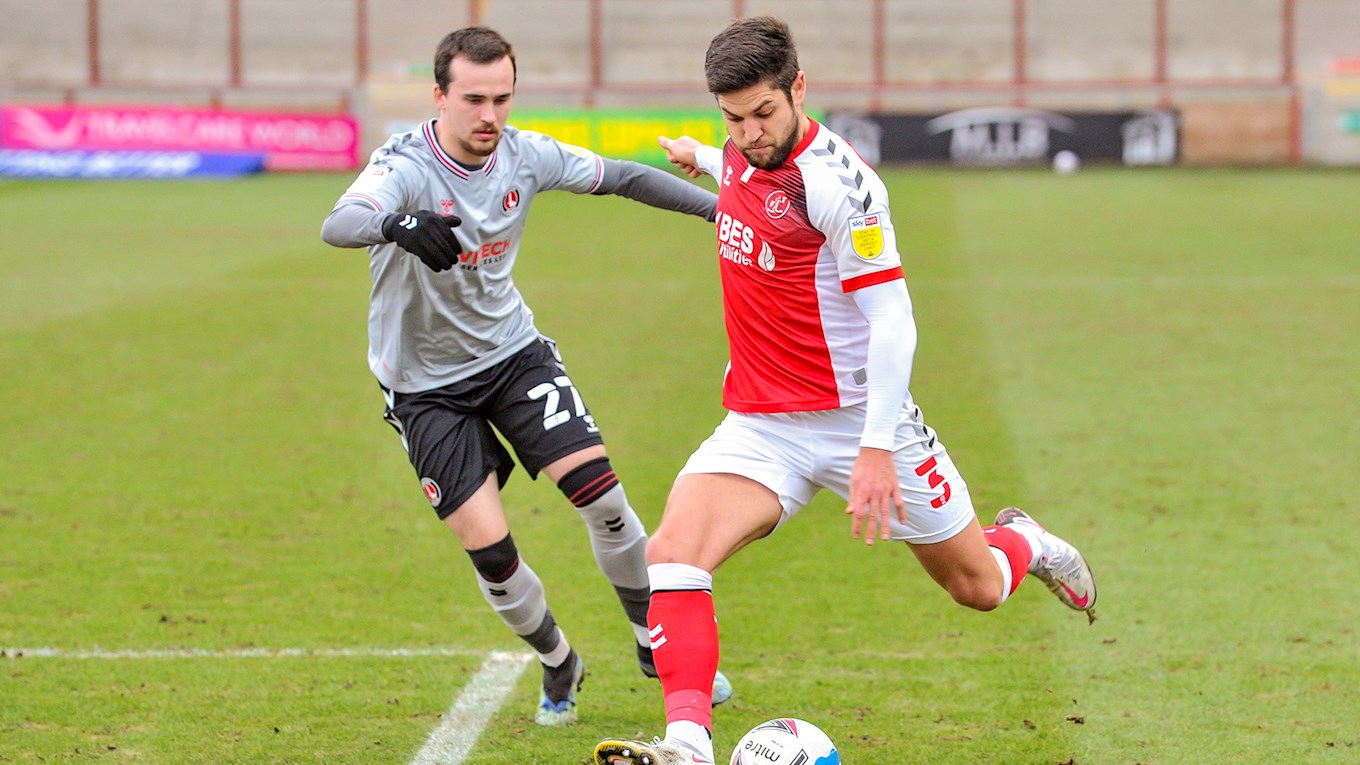 Head Coach Simon Grayson spoke to the local press ahead of Fleetwood Town’s Sky Bet League One tie against Charlton Athletic at Highbury this Saturday. Here is what the gaffer had to say in his interview:

“It’s going to be a difficult game, it’s a different game to ones we have had before and it’s going to be tough because they have a new squad with a mix of experience and talent but for some reason, it isn’t happening for them at the minute.

“The attitude of the players and the way they conduct themselves and how much they learn from previous games because every game is different, they take in all the information we give them and conduct themselves really well with their quality on top of it, it can take you a long way.” 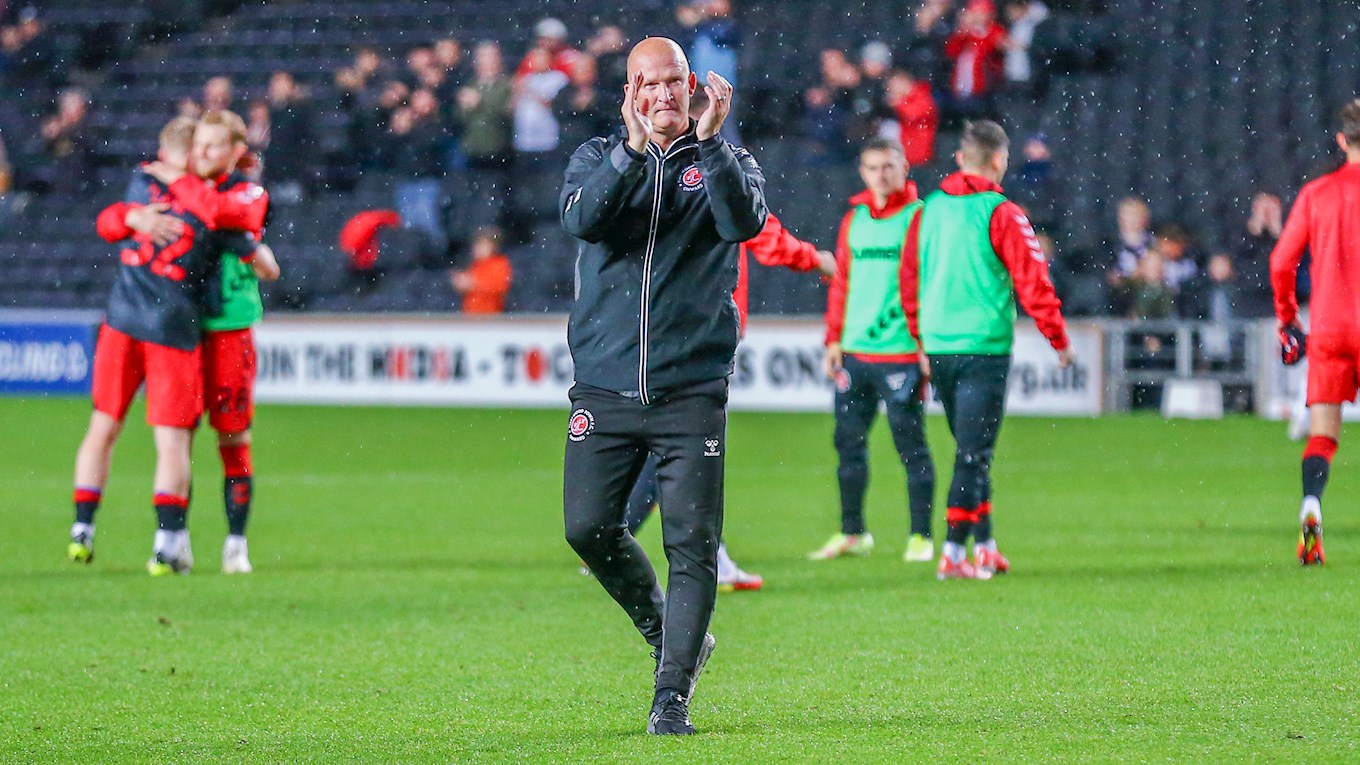 Fleetwood Town narrowly lost out in their Sky Bet League One clash against Charlton Athletic at Highbury on Saturday afternoon.

A quiet opening 10 minutes of the game saw Fleetwood control the majority of the ball in the centre of the park, with either side failing to create anything to trouble each goalkeeper.

The first chance on target came from the visitors but it never threatened Alex Cairns as the Fleetwood keeper watched the long-distance effort all the way and claimed it comfortably.

Callum Camps was the man to have Town’s first chance of the game – he reached the end of Harrison Biggins’ ball in behind the defence and attempted to slot the ball into the bottom right corner from the penalty spot but unfortunately Craig MacGillivary was equal to the task.

The game began to open up a bit around the 20-minute mark as immediately after, Charlton went on the attack, this time through Elliot Lee who got in behind the left-hand side of Fleetwood’s defence and the #17 pulled it back for Charlie Kirk who fired wide of Cairns’ goal.

Town reacted well to the visitor’s missed chance and created some pressure of their own with captain Jordan Rossiter baring down on goal, but the skipper couldn’t sort his feet out.

A great passage of play from Ged Garner who spun two men on the halfway line and switched the play to Paddy Lane who was able to drive forward at his man and cut inside, his effort was just wide of the mark, though.

Lee was involved once again for the away side as he pulled it back to the penalty spot, this time for Josh Davison, it was a tame effort by the striker that went straight into Cairns’ hands who didn’t have to move.

Five minutes before half-time the visitors took the lead through Leko. The right-winger switched over to the left flank temporarily and cut inside onto his right foot from just outside the box and fired it into the bottom right corner, leaving Cairns unable to stop it.

Just six minutes into the second half Fleetwood were back on level terms thanks to an Andrew screamer. It was a great piece of play leading up to the goal, from the goal scorer himself, he worked the ball well down the left-hand side to get the ball into Biggins who managed to get a shot away, but it was blocked.

Biggins then regained possession and won a free-kick just outside the semi-circle of the 18-yard box. Andrew put the ball down, picked his spot, and found the top right corner perfectly.

Fleetwood maintained their momentum and Charlton were beginning to become a little rash. Biggins, and the rest of Highbury, though he had given Town the lead, the goal was ruled out as the ball had previously gone out of play in the build-up.

For the first time in the second half Charlton looked dangerous, Cairns made a great save, but Lee was there for the follow-up who squared it across the goal to give Kirk an open net, but somehow the #20 didn’t make contact.

Shortly afterward, Davison took it upon himself to try and be the difference maker but his effort from just outside the box struck the outside of the far post.

Camps did brilliantly as he put his head down and ran straight through the Charlton defence and played an incredibly teasing ball into the six-yard box, but it found an away defender before a home attacker.

Completely against the run of play, Stockley found the back of the net from a cut back with 20 minutes left. The Charlton striker left Cairns no chance with the powerful strike.

Fleetwood responded positively to going 2-1 down and came very close to finding a leveller. The ball across the box went past everyone until Joe Garner found it and tried setting up Rossiter but left his teammate short with the pass.

Fleetwood continued to pile on the pressure as Dan Batty and J.Garner both had two chances from the edge of the box with their left foot, but unfortunately, it was the same outcome for both attempts, as they both went wide of the far post.

Everyone in the ground was shocked that the game didn’t end on level terms with a goalmouth scramble right at the end. Two, three, four chances all blocked on the line by Charlton defenders, and their goalkeeper, Fleetwood gave everything they could towards the end but unfortunately, it wasn’t enough to salvage a point.

Tickets for Fleetwood Town’s Sky Bet League One clash against Charlton Athletic, which will be played at Highbury on Saturday 2 October (3pm kick-off), are on sale now.

After some heroics on the road in recent weeks Simon Grayson’s side return to Highbury Stadium for a huge clash against Charlton on Saturday.

And tickets remain on sale for home supporters HERE

For just £65 per person, why not come down to Highbury Stadium to wine and dine with us in the Parkside Suite. Enjoy a three-course meal, a VIP seat on the Parkside Stand balcony, waitress service, and much more.

For further information, or to book your seat(s), call 01253 775080 (option 2)or email commercial@fleetwoodtownfc.com. 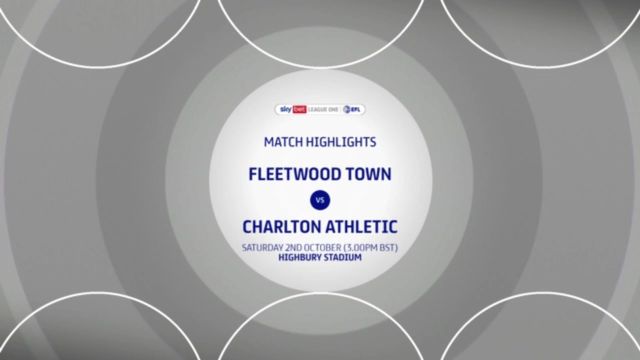 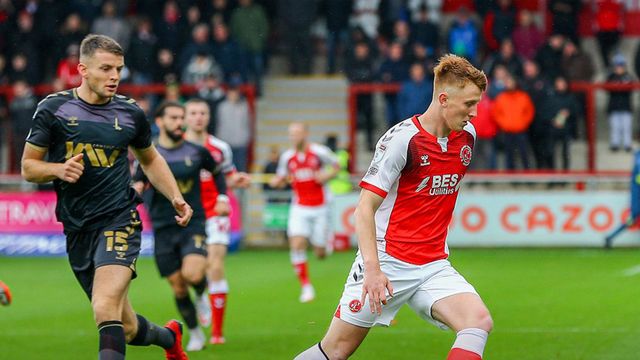