Fleetwood Town face Oxford United on Tuesday 23 November at Kassam Stadium in Sky Bet League One, and we have all you need to know ahead of the 7:45pm kick-off in our match preview. 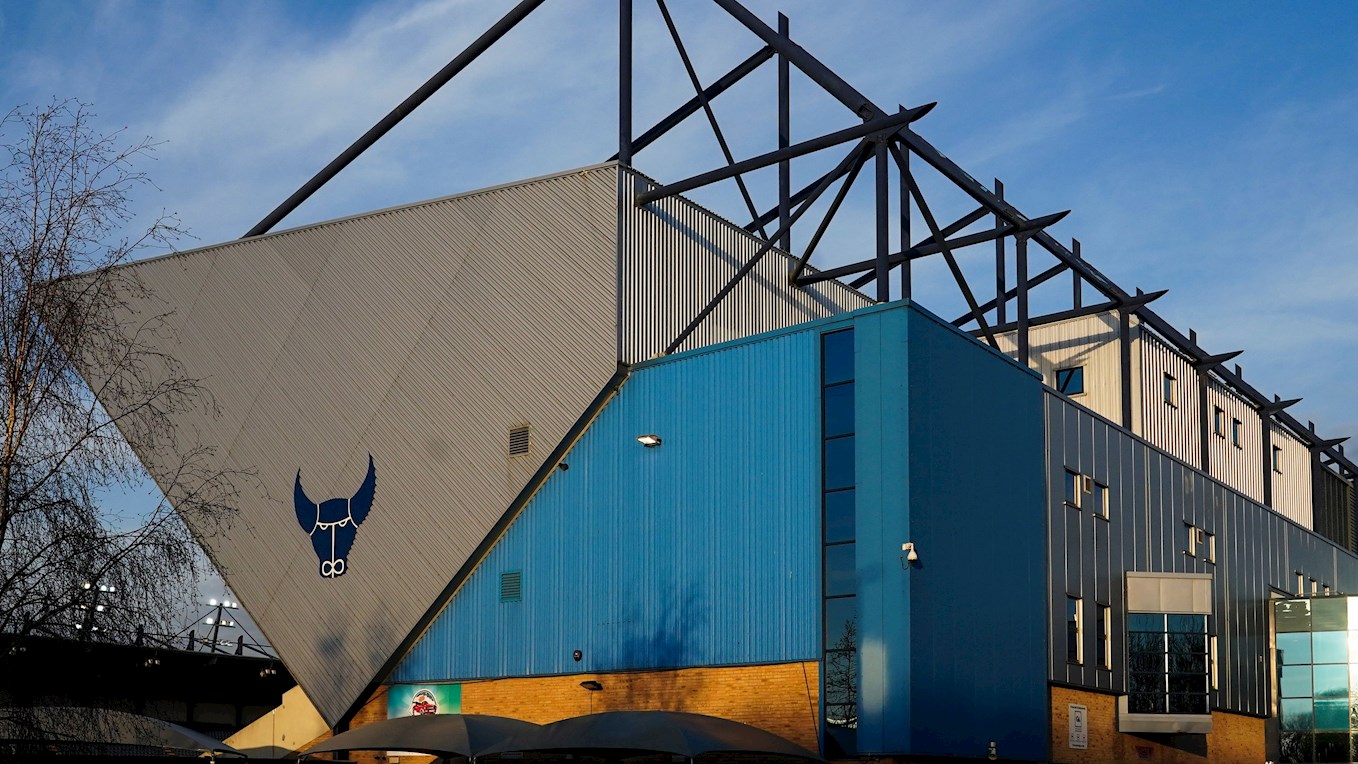 Town are heading back out on the road for the first of four away clashes in a row on Tuesday, with Karl Robinson’s Yellows up first.

Last time out, a wondergoal from Cole Stockton saw local rivals Morecambe come out on top in a challenging encounter for both sides at Highbury. Callum Johnson netted a header on the day for Fleetwood, which saw him get nominated into the Sky Bet League One ‘Team of the Week’.

You have to go back almost three weeks before that fixture for the previous league encounter, which was a narrow loss to Wigan Athletic at Highbury, with a second-half blitz seeing the side lose 3-2 on the day.

Danny Andrew opened the scoring via a free-kick eight minutes in, with Callum Morton netting from the spot in the second half. After the hour mark, goals from Callum Lang, Will Keane, and Curtis Tilt swayed the tie in the oppositions favour, with the full-time whistle shortly after. 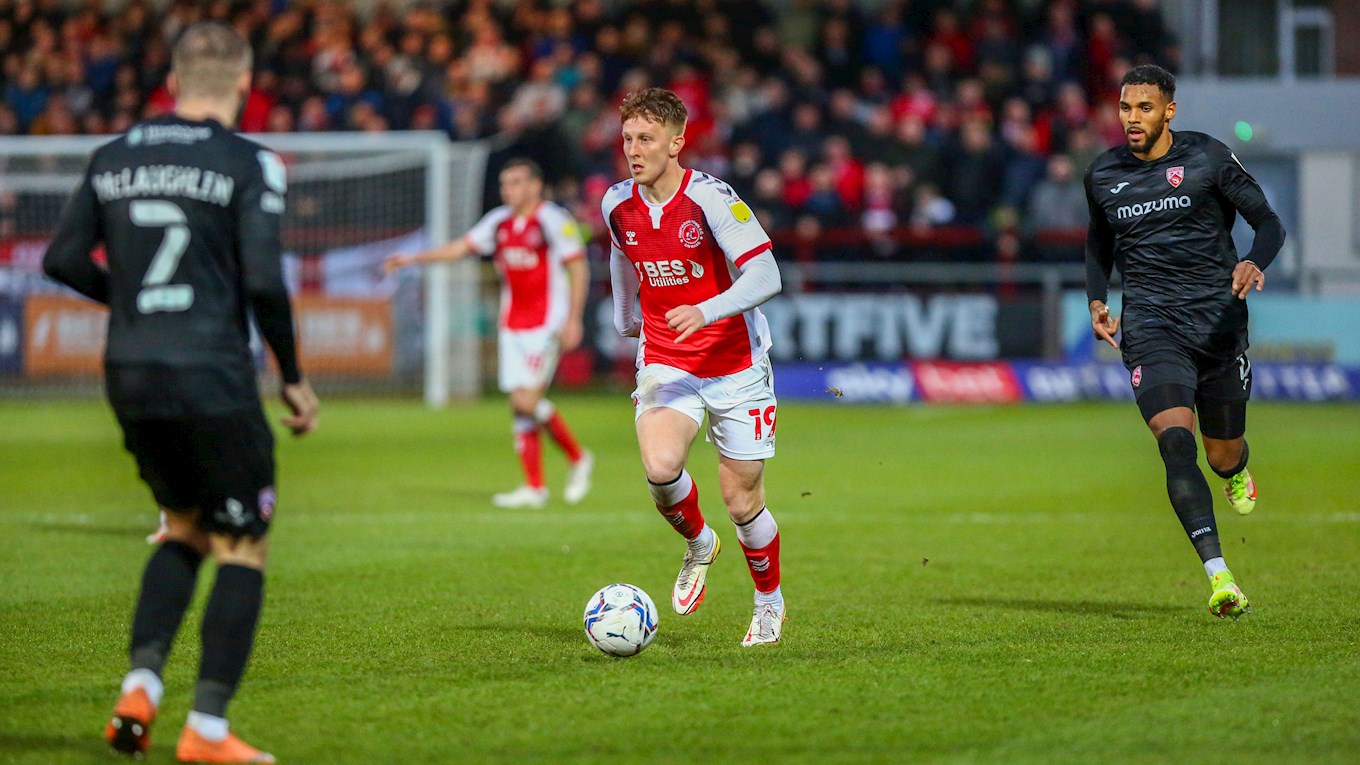 Oxford head into the league clash on the back of a cancelled fixture, due to a Covid outbreak within their camp ahead of the game. The tie was supposed to be against Wigan, but it is now having to be rescheduled.

The Yellows are without a win in the month of November as they have had two draws and an extra-time loss in their last outing against Bristol Rovers in the replay of their First Round Emirates FA Cup tie at Memorial Stadium.

Billy Bodin and Steve Seddon added on to Matty Taylor’s penalty but a clinical last 10 minutes for Rovers saw a brace from Sion Spence and another from Aaron Collins lead them to advance to the next round, winning the tie 4-3.

In the game before, they played out a goalless draw against Ipswich Town at Portman Road, a place which saw a late Bersant Celina goal beat Town. Possession and the number of shots were level throughout the game, with nothing separating the sides. 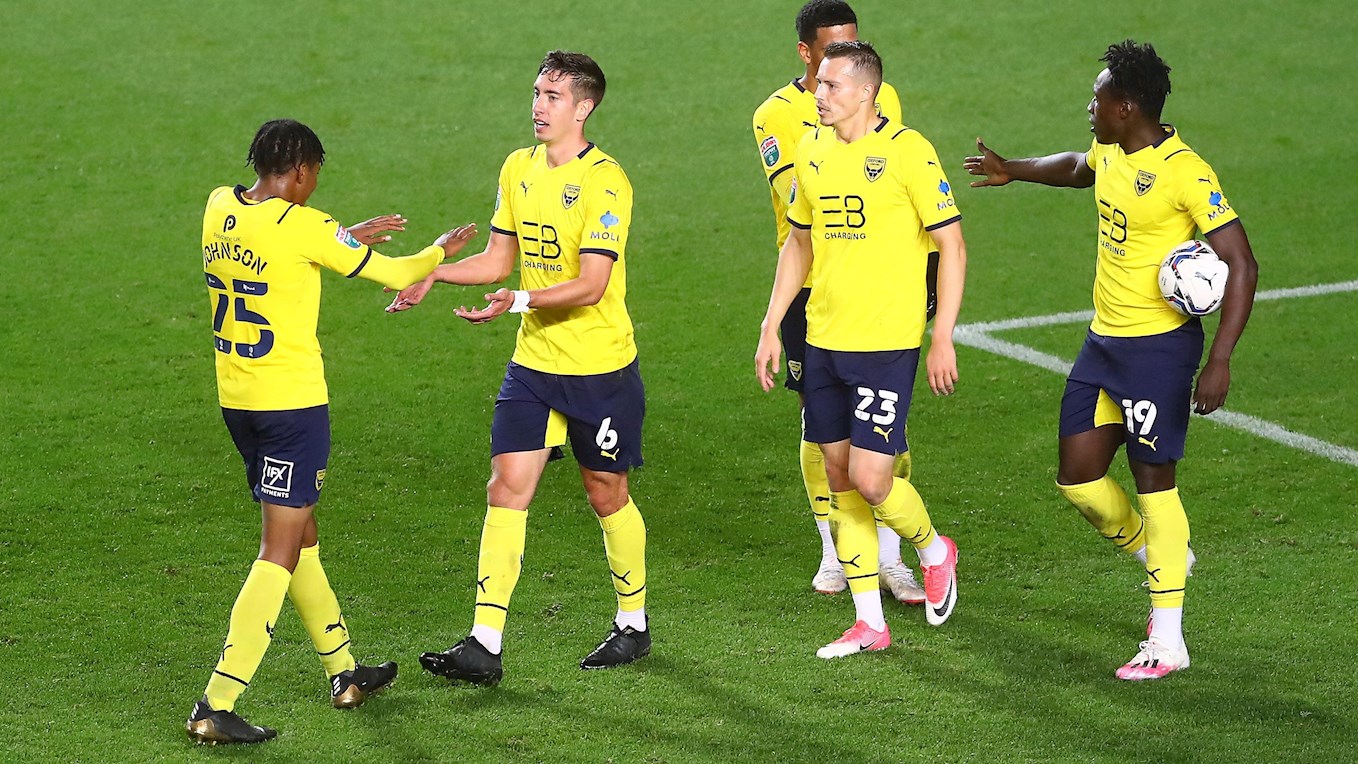 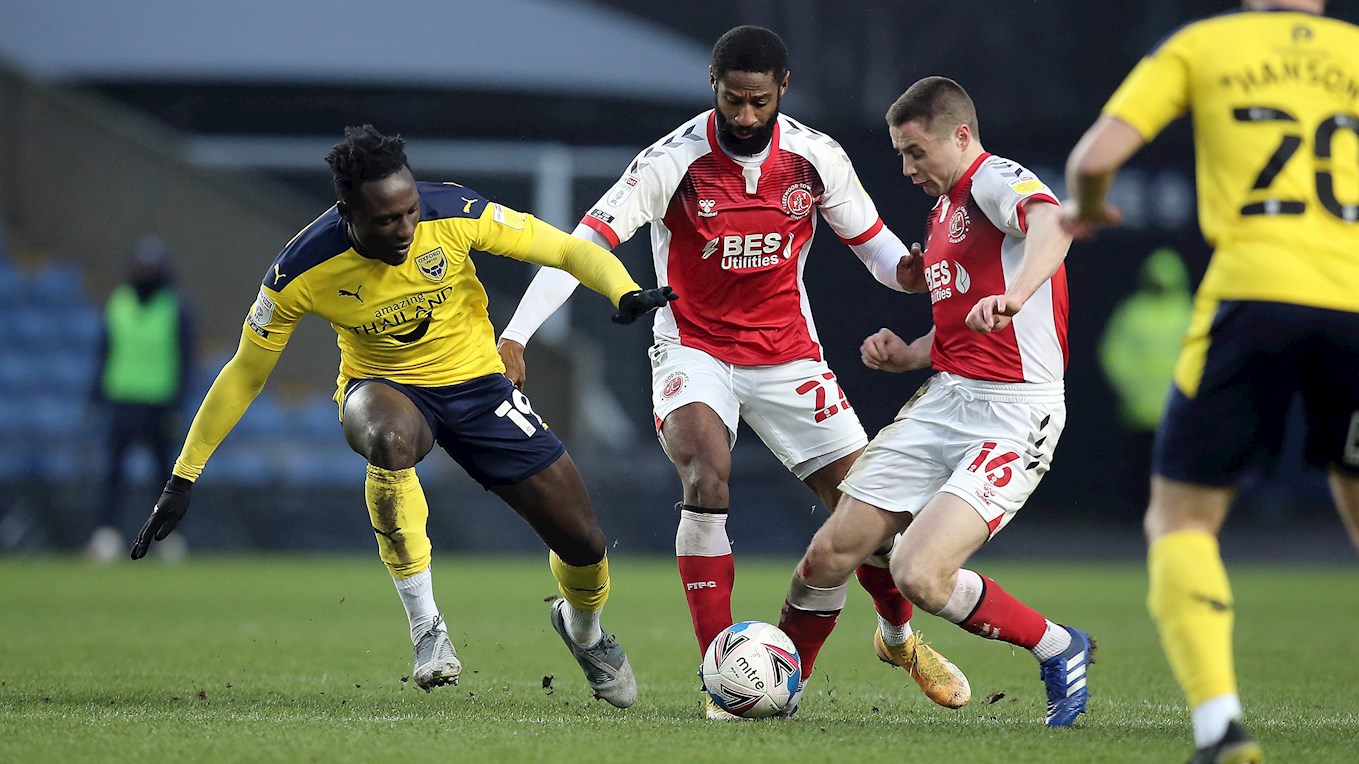 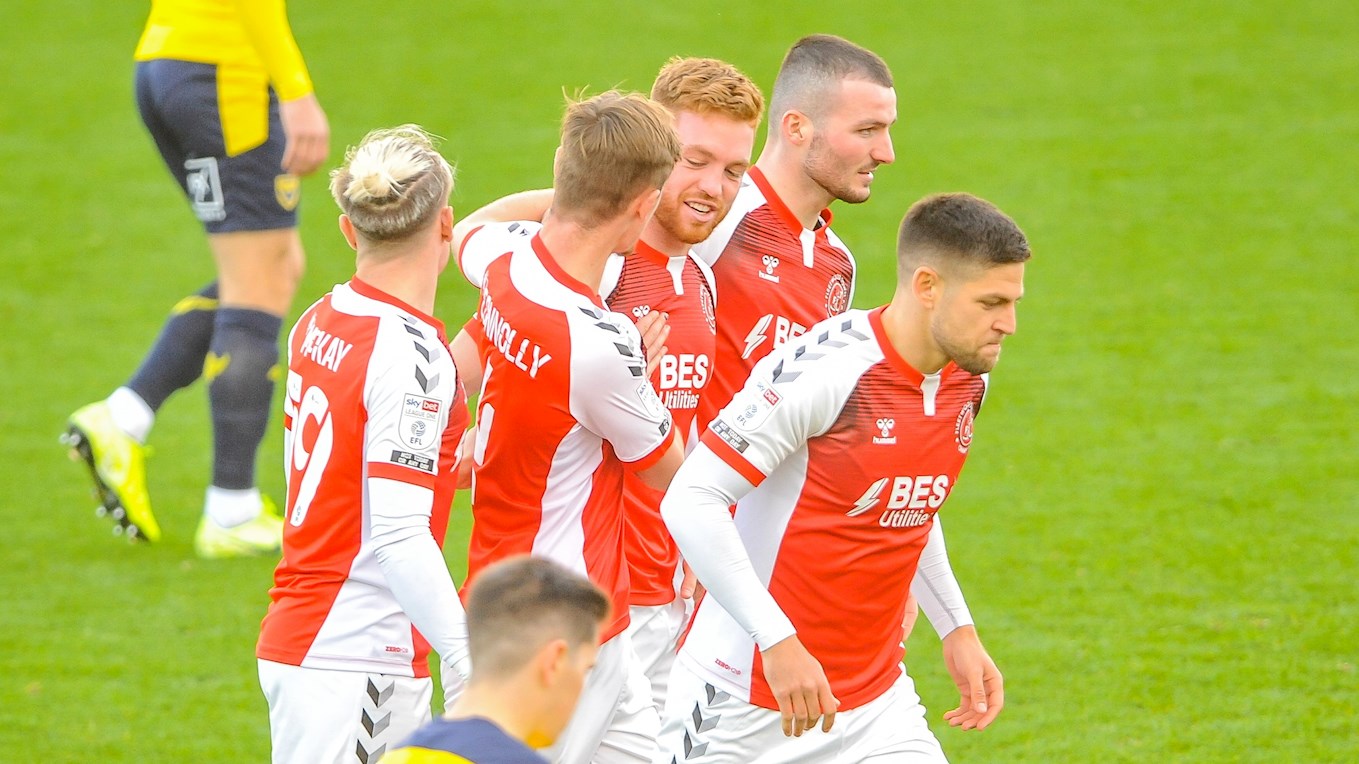 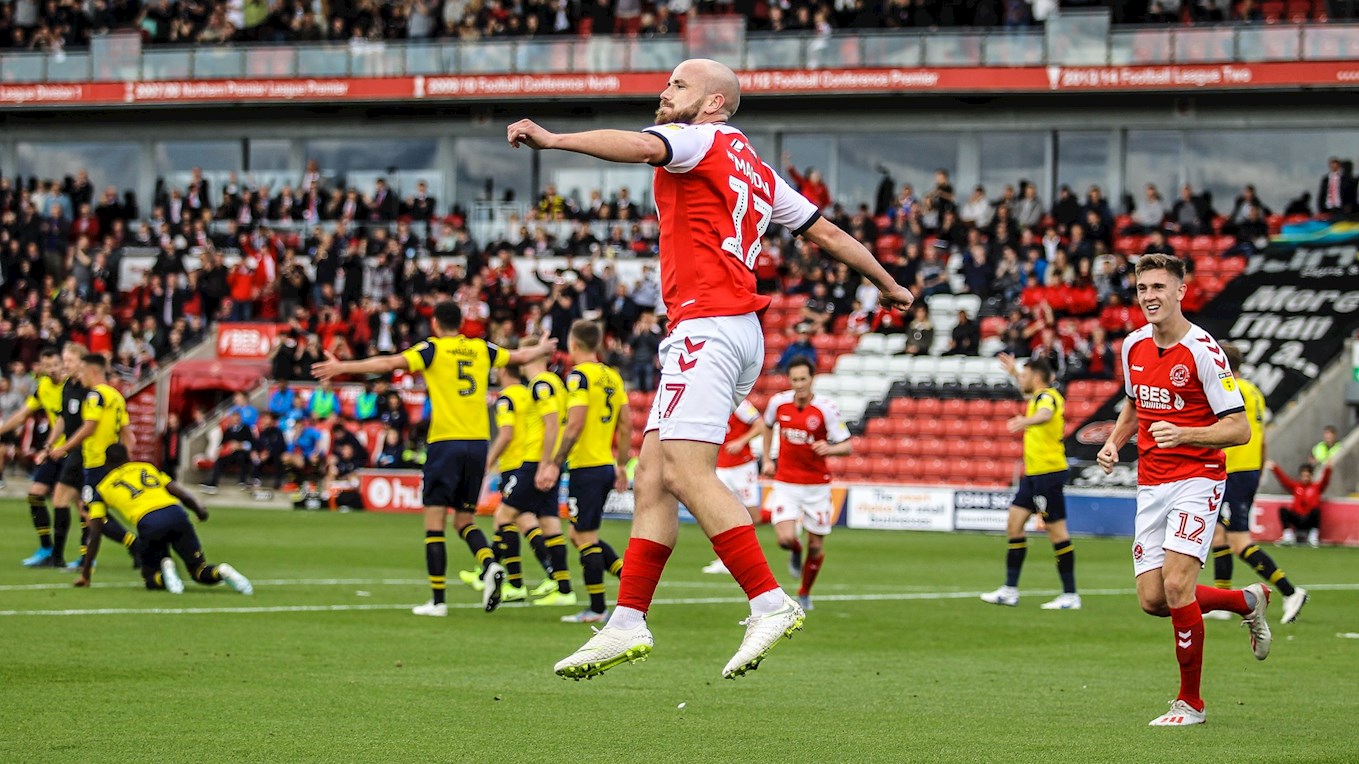 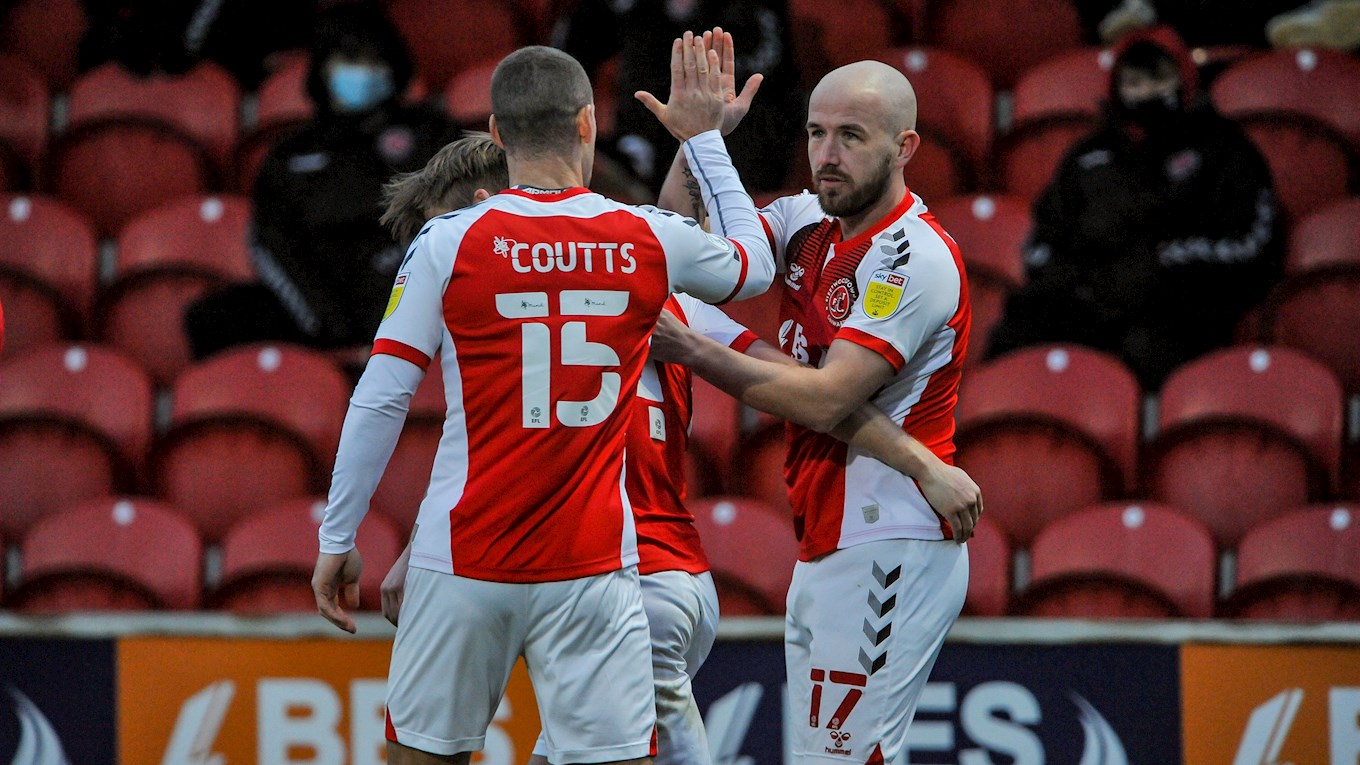 Head Coach Simon Grayson spoke to the press after Saturday afternoon’s narrow defeat to Morecambe at Highbury. Here is what he had to say in his interview:

“When you are going through a tough time, you have to make sure you don’t bury your heads in the sand. You have to roll your sleeves up, pump your chest out and go again.

“I’ve been involved in football nearly 35 years and all the way through, there has been ups and downs, but I’ve always made sure that I can bounce back up – that’s what we are telling the players.

“We’ve got to be positive; we need to go there and do the right business, play the way that we can, and manage to turn the negative result against Morecambe into a positive one.

“There will be a few players with knocks from the game today, Harrison [Holgate] has just come back from injury so we will have to be careful with him. The team on Tuesday night will be assessed on who is available because we are really down to the bare bones.” 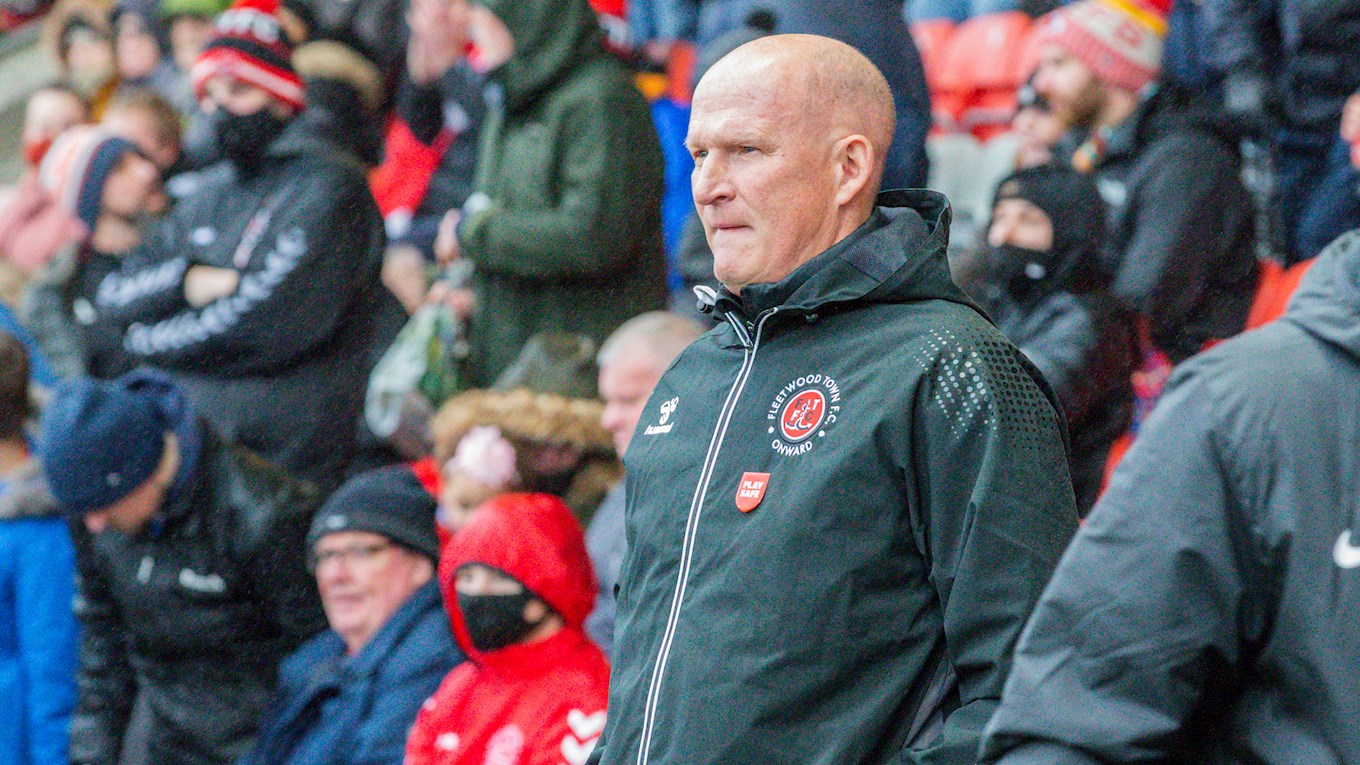 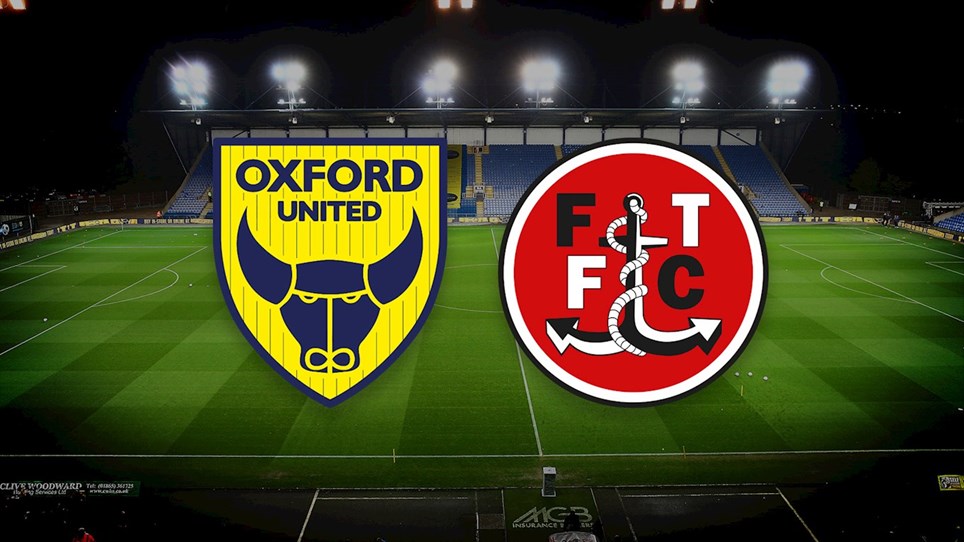 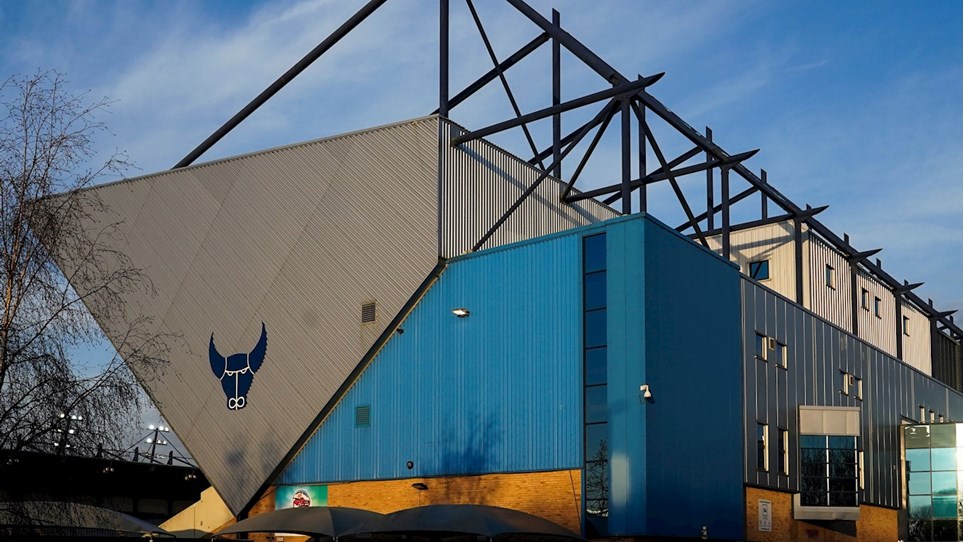 Oxford United away clash will go ahead on Tuesday evening

Fleetwood Town fell to a 3-1 defeat to Oxford United at the Kassam Stadium in Sky Bet League One on Tuesday evening.

Early first-half goals from Luke McNally and Cameron Brannagan saw the visitors take a two-goal lead, but a superb solo goal from Jay Matete saw the deficit halved just before the break. Town put in a valiant performance in the second half, creating a number of chances, but Nathan Holland’s 69th minute strike secured all three points for the hosts.

The hosts took an early lead when Herbie Kane’s inswinging corner from the right was headed into the far corner by McNally.

Soon after, Fleetwood went on the attack with Joe Garner at the forefront. His effort from close range could only find the gloves of goalkeeper Connal Trueman. J.Garner was at the heart of the action again a minute later as he found Callum Morton out wide, but he was dispossessed by McNally.

Oxford doubled their lead in the 12th minute when Brannagan was picked out with a low cross from the right flank – with the midfielder drilling an effort into the bottom left, past the diving Alex Cairns.

Matete looked to create an opportunity for Town to pull one back when he drove to the byline and looked for Paddy Lane in the area. However, his cross was just out of reach of the Northern Ireland Under-21s international.

Dan Batty looked to pick out a red shirt with his free-kick into the penalty area, but it was punched away by the Yellow’s goalkeeper. Max Clark met the loose ball in the edge of the box but his half volley flew over the crossbar.

Bodin came close for the hosts when he was picked out by Brannagan inside the Fleetwood area. His close-range strike was blocked by the onrushing Town defence and nestled safely in the gloves of Cairns.

Just after the half-hour mark, Callum Johnson worked the ball nicely on the right-hand side before spotting the run of Morton in the middle of the box, but his headed effort went wide of the post.

The Cod Army found a way back into the game just before the break thanks to a piece of individual brilliance from Matete. He picked up the ball close to the halfway line, stormed down the left wing before driving into the penalty area and slotting the ball past Trueman.

Oxford had the final chance of the first period when captain James Henry tried his luck from range. However, his optimistic effort sailed wide of the goal.

Lane came close to levelling the score in the second half when he cut inside from the left-wing. His low, driven shot towards the near post was saved by the Oxford stopper.

At the other end, Gavin Whyte forced Cairns into action when he latched onto a ball over the top. His strike was too close to the Fleetwood keeper who held the effort. Minutes later, the forward got in behind ahead, but a heavy touch meant he was unable to get his shot away. Instead, he set up Steve Seddon whose first-time effort was too high.

In the 68th minute, Nathan Holland added Oxford’s third when he drifted inside from the left. After creating space in the area, he picked out the bottom right corner.

After coming off the bench, Marcus McGuane came close when he tried to find the net from 18 yards, but he couldn’t find the target.

Harrison Biggin’s audacious effort found the feet of Morton at the back post, but the striker couldn’t convert his effort from close range.

Oxford United away clash will go ahead on Tuesday evening

Tickets and coach travel are now on sale for Fleetwood Town’s Sky Bet League One away clash against Oxford United.

The Cods will be heading down to the Kassam Stadium once again on Tuesday 23 November, with the game being a 7:45pm kick-off. Fleetwood will be looking to gain three points on the road as they search for a way up the table.

The Cod Army will be located in the North Stand with prices as follows: 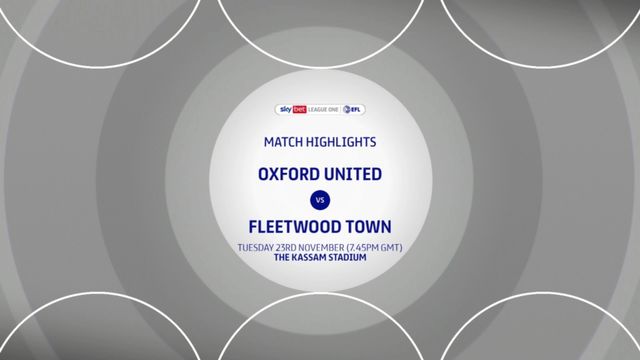 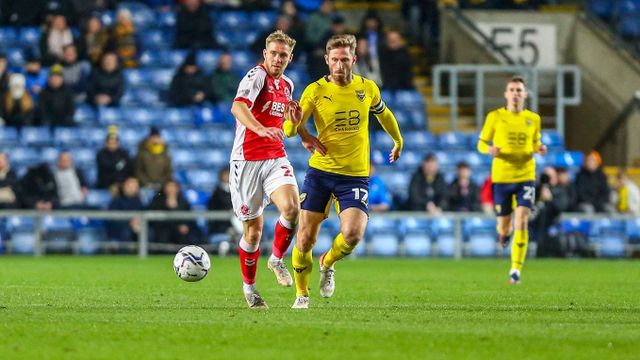