Fleetwood Town face Accrington Stanley on Tuesday 9 November at Highbury in the Papa John’s Trophy, and we have all you need to know ahead of the 7:45pm kick-off in our match preview.

The Cods will be looking to finish off the group stage of the competition with a win, meaning they would have made a perfect start to the Papa John’s Trophy this season.

Last time out, Fleetwood lost out to Burton Albion in the Emirates FA Cup at Highbury meaning their run in that tournament would come to an end early on year.

In the game before, they fell to a narrow 3-2 defeat to Wigan Athletic in the league at home. Goals from Danny Andrew and Callum Morton in the evening fixture were cancelled out by second half strikes from Callum Lang, Will Keane, and Curtis Tilt at Highbury. 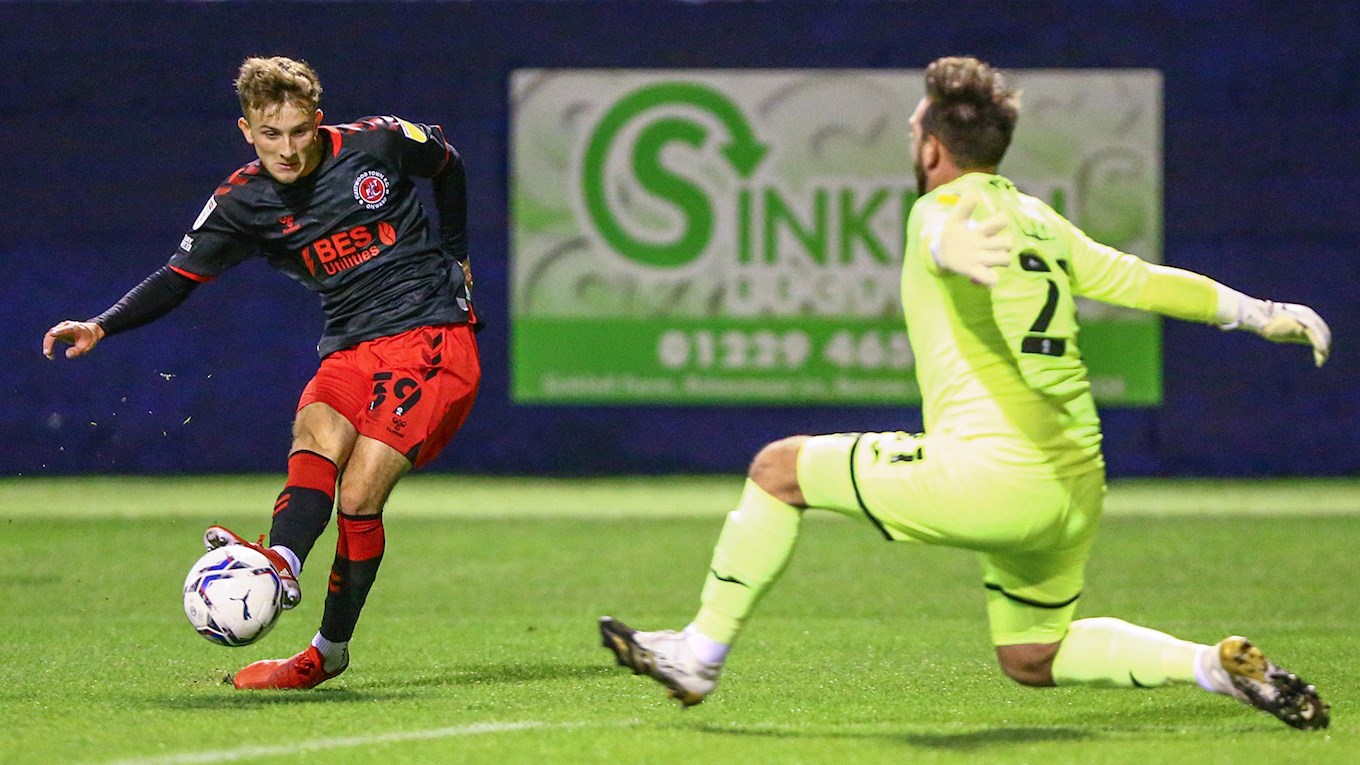 Accrington have managed five points in the Papa John’s Trophy so far this season, with their last result being a 5-0 win over Leicester City Under-21s.

It was a comfortable win for the side as Tommy Leigh and Michael Nottingham netted in the first half, with a second half blitz seeing them score another three goals through Jack Nolan, John O’Sullivan, and Jovan Malcolm.

Their other fixture in the competition ended in a 2-2 draw against Barrow at home back at the start of the season, with Accy taking home an extra point after winning the shootout afterwards.

Colby Bishop bagged a brace on the day, either side of Festus Arthur’s goal, with Ollie Banks scoring a penalty to level it up in the 72nd minute of the game. The penalties were tense for both sides, but John Coleman’s men won out, beating them 5-4 from the spot. 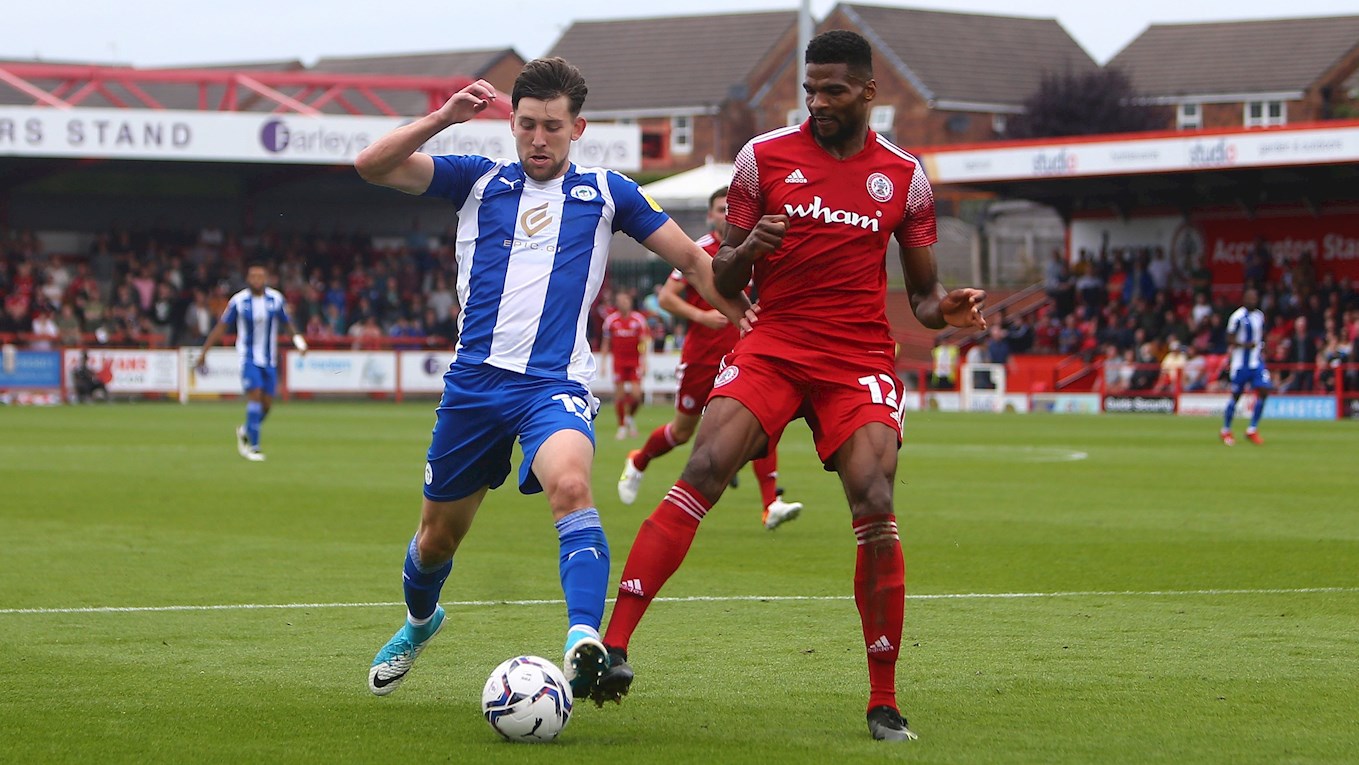 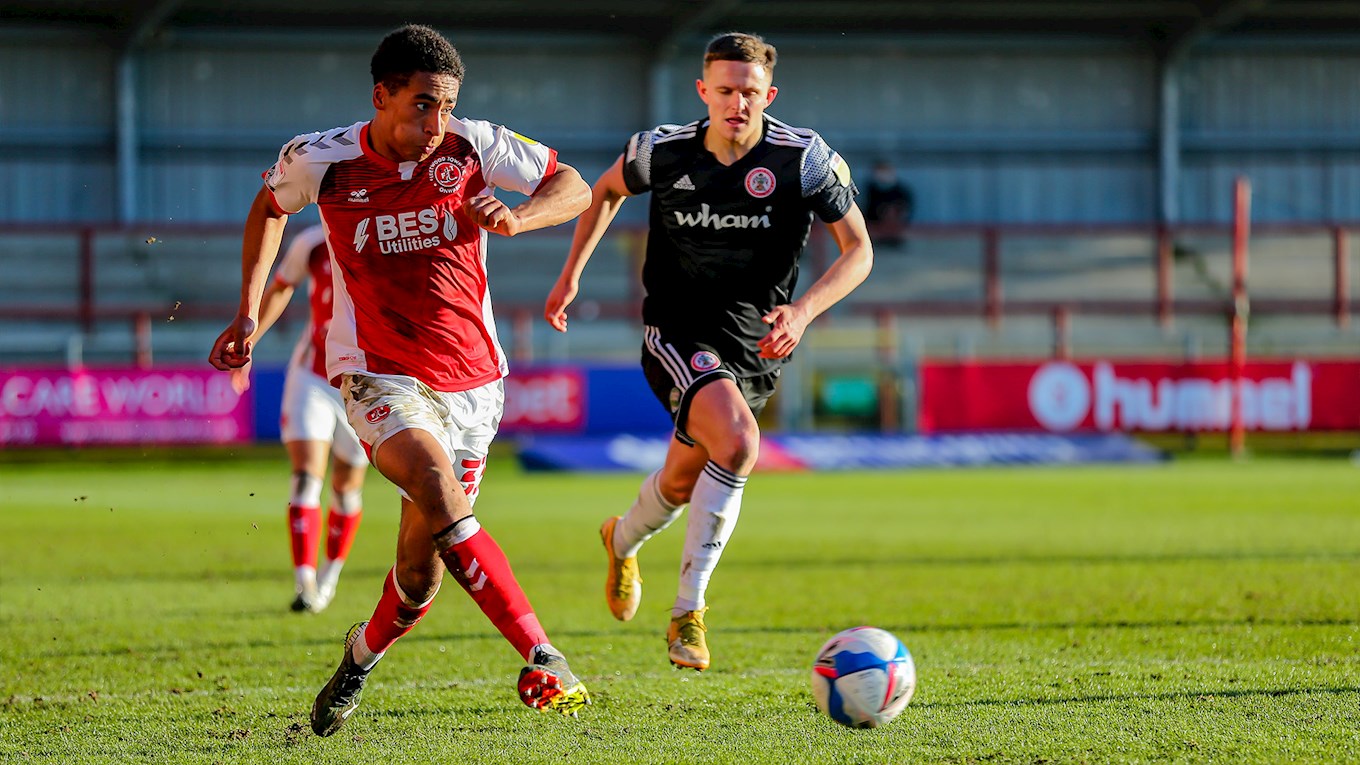 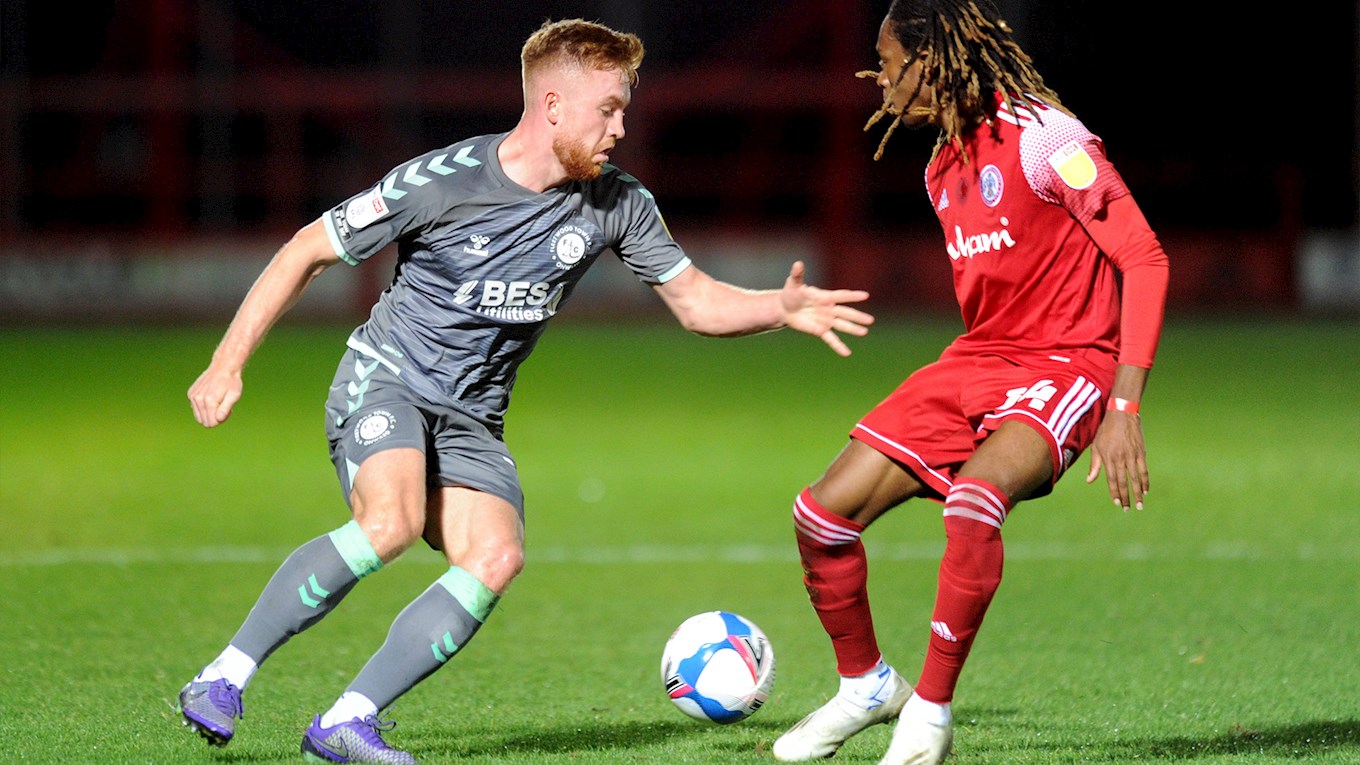 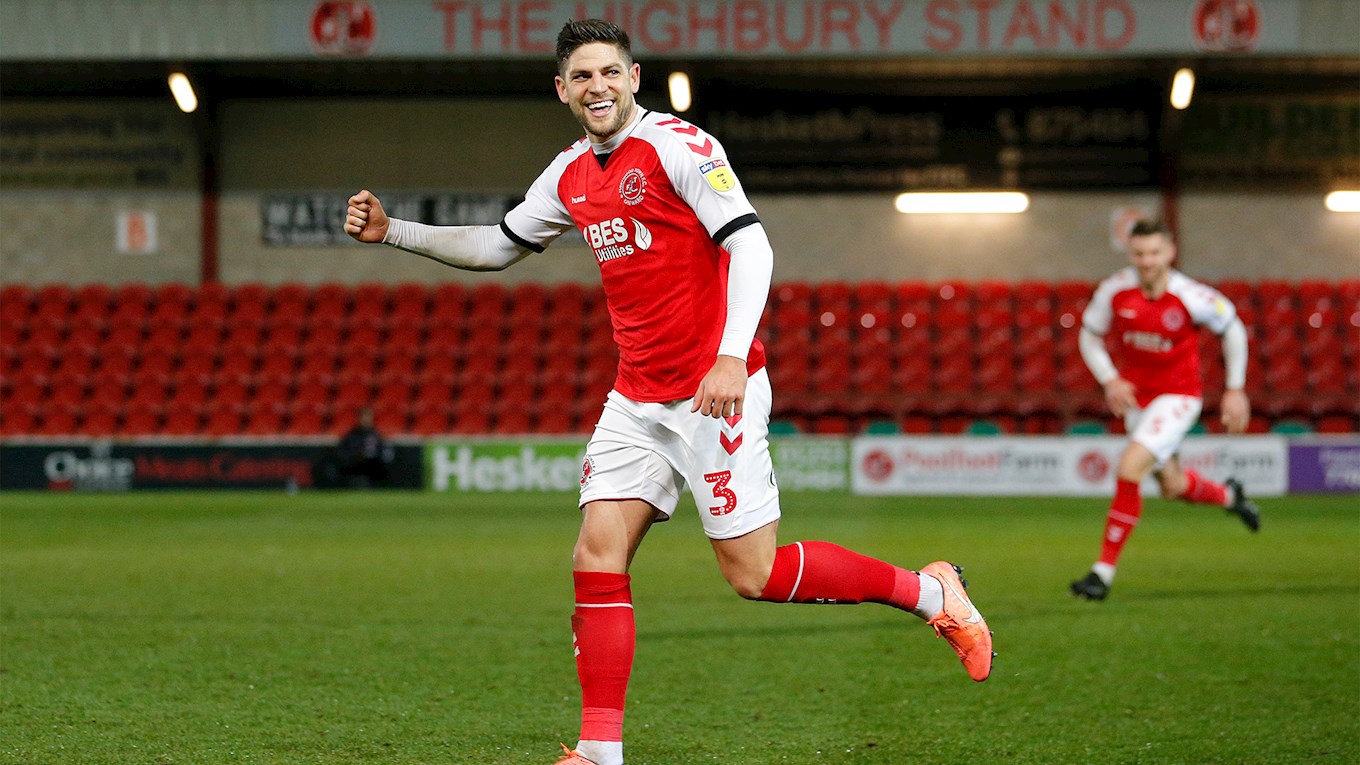 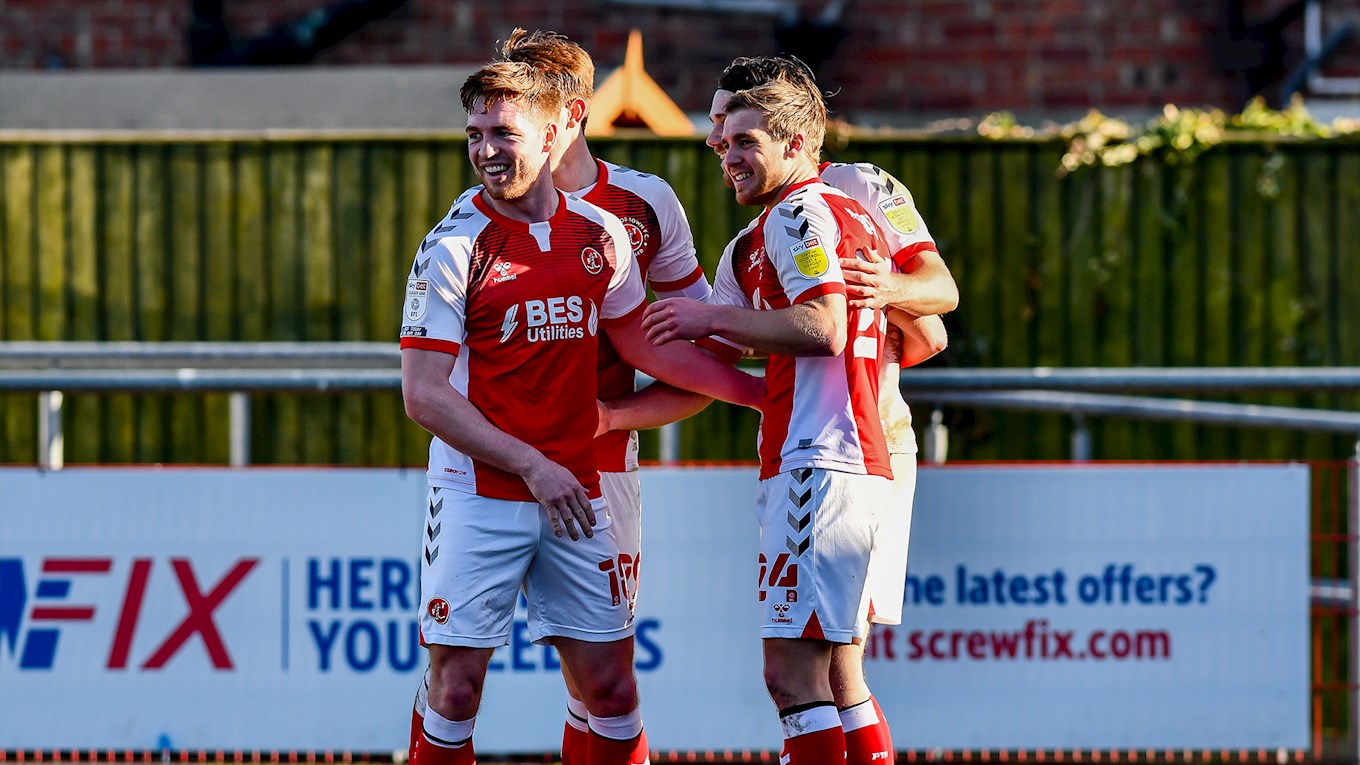 Head Coach Simon Grayson spoke to the local media after his side’s Emirates FA Cup defeat to Burton on Saturday afternoon. Here is what he had to say in his interview:

“We want to win the game no matter what competition we are playing in. We will have a group of young players together, not all of them as some are away on international duty.

“The lads who didn’t play today may get a chance to play, but whoever is picked on the day can stamp their authority on nailing down a spot for Morecambe in the next league game.

“We need to make sure we go out on Tuesday against Accrington, and on the following Saturday against Morecambe, and get back to winning ways because we need to start winning football matches again.” 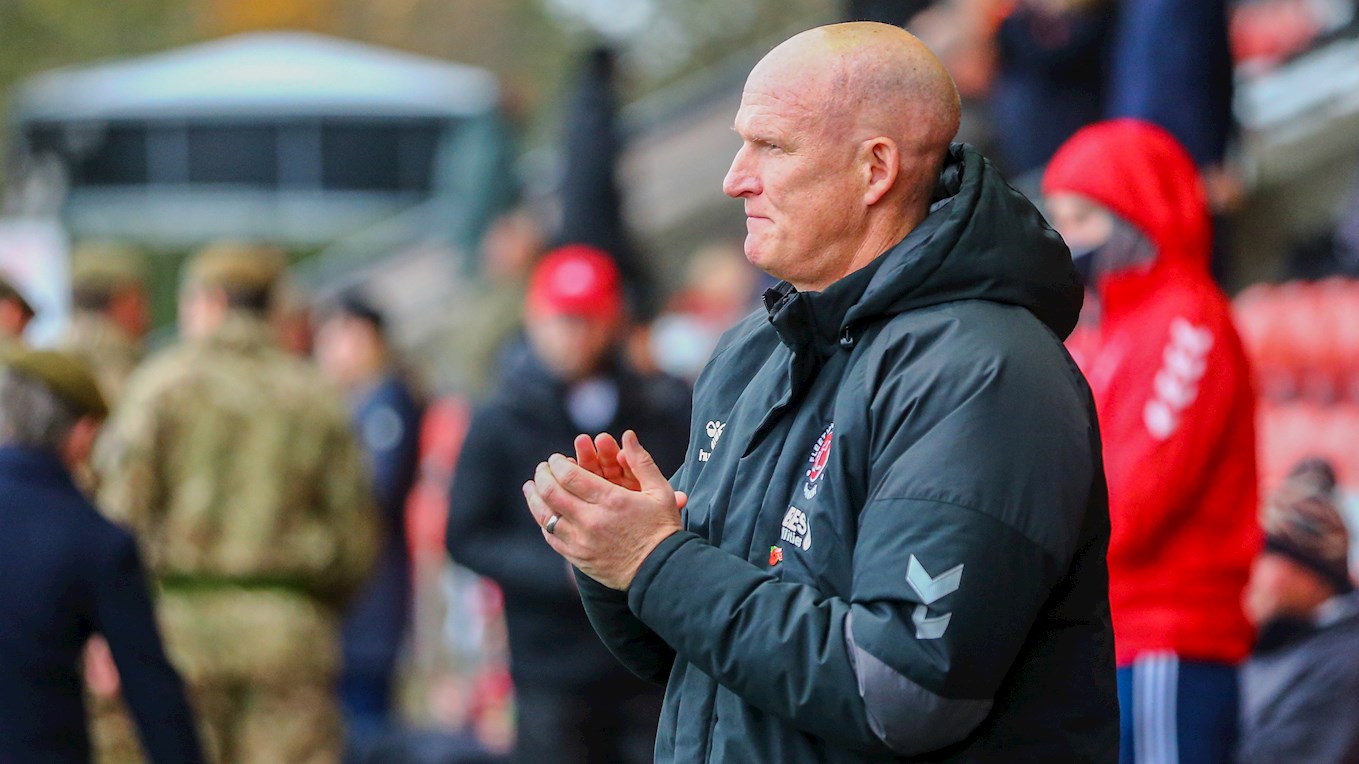 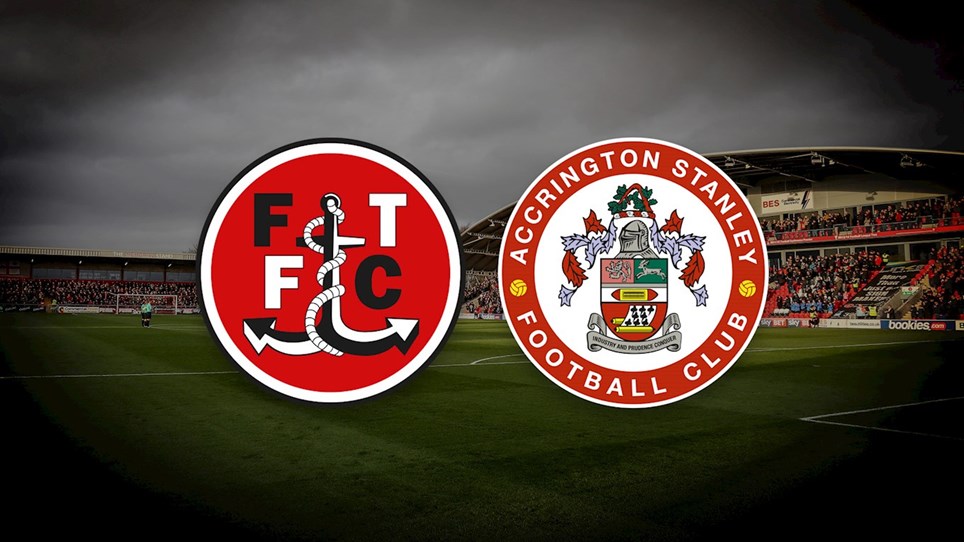 Fleetwood Town fell to a 4-1 defeat in the Papa John’s Trophy against Accrington Stanley at Highbury on Tuesday evening.

Two first-half stunners from Harry Pell and Ethan Hamilton cancelled out Ged Garner’s penalty, before Tommy Leigh and Michael Nottingham took the game out of Town’s reach, meaning Town head into the second round of the competition with the draw taking place on Saturday.

The first chance of the game came from an Accrington corner as Pell’s header towards goal was comfortably collected by Billy Crellin.

Ged Garner was the first Fleetwood man to try and get his name on the scoresheet as Town worked a free-kick into the forward, and with some nice footwork he carved open a chance for himself, but his shot went just over the bar.

Moments later Ryan Edmondson was chasing a ball in behind the defence but his attempt to lift it over Toby Savin was denied.

Pell put the visitors ahead with an unbelievable strike from stance that struck the underside of the bar and went in, despite Crellin at full stretch.

After a period of play primarily in the middle of the park, Town broke away through Harrison Biggins, who laid it off to Jay Matete to take a shot from outside the box, but his effort on goal was blocked.

With just under 10 minutes of the first half to go, Cheikh Thiam was fouled just inside the box and the referee awarded a penalty. Garner grabbed the ball confidently and converted the penalty kick with ease to bring his side back to level terms.

Just before half-time, the visitors regained their lead, and it was another stunner. Accrington’s left-back, Hamilton, ventured over to right-wing, cut inside and let fly on his left foot from 30-yards out and he left Crellin with absolutely no chance as it nestled the top left stanchion.

Biggins found a yard of space and decided to try and exploit it, Town’s #27 then set himself up for a shot that looked to be heading goal bound before it was blocked, which appeared to be by a hand, but the referee wasn’t interested.

Pell was involved once again as within five minutes of the restart, his cross reached Leigh who placed it into the bottom left corner to make it Accrington’s third of the night.

Matete once again picked the ball up and drove at the backtracking Accrington defence, however, his attempt on goal was fired just over the bar.

Crellin was on hand to deny second-half substitute, Tom Scully, from increasing his side’s lead with a fine save with his feet, knocking it around the post for a corner.

Hamilton stepped out of defence and drove through the middle of the park, before playing in Joel Mumbongo who took a bit further than he would have wanted and as a result, his shot rattled the bar.

Max Clark came agonisingly close to pulling one back for the hosts, but his shot, which appeared to be tipped wide by Savin, was only given as a goal kick.

Late damage for Fleetwood as second-half captain Nottingham got on the scoresheet. His header from Accrington’s late corner made it 4-1 on the night.

Fleetwood Town's next fixture is in the Papa John's Trophy against Accrington Stanley on Tuesday night and you can get your tickets for the cup tie either online or in the club shop now!

Only the Parkside Stand will be open for the fixture which takes place on Tuesday 9 November at 7:45pm.

Tickets are on sale for the match, both online and in-store at Highbury Stadium, with prices as follows:

Buy your tickets online HERE. Please note, Onward Cards are not valid for this fixture. 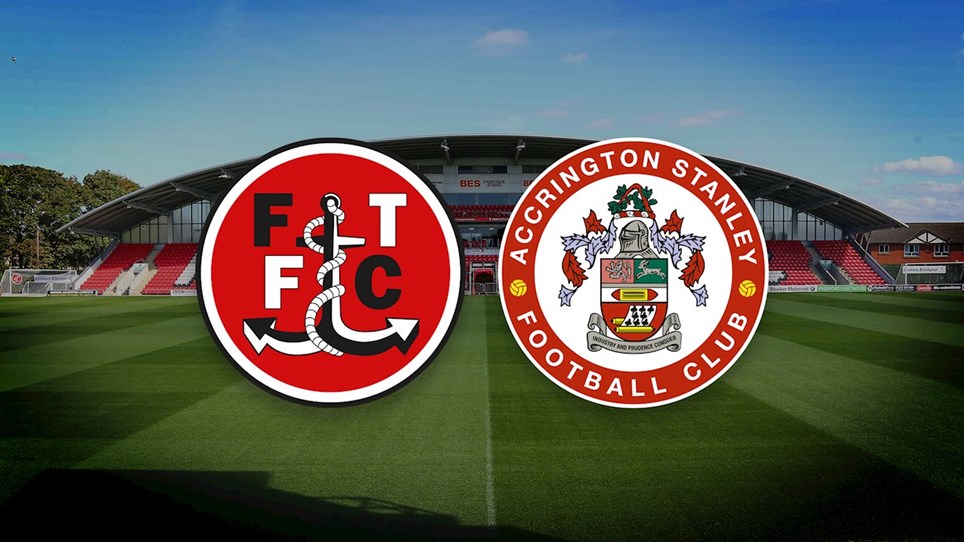 
Tickets are now on sale for our Papa John’s Trophy clash against Accrington Stanley on Tuesday 9 November at Highbury. 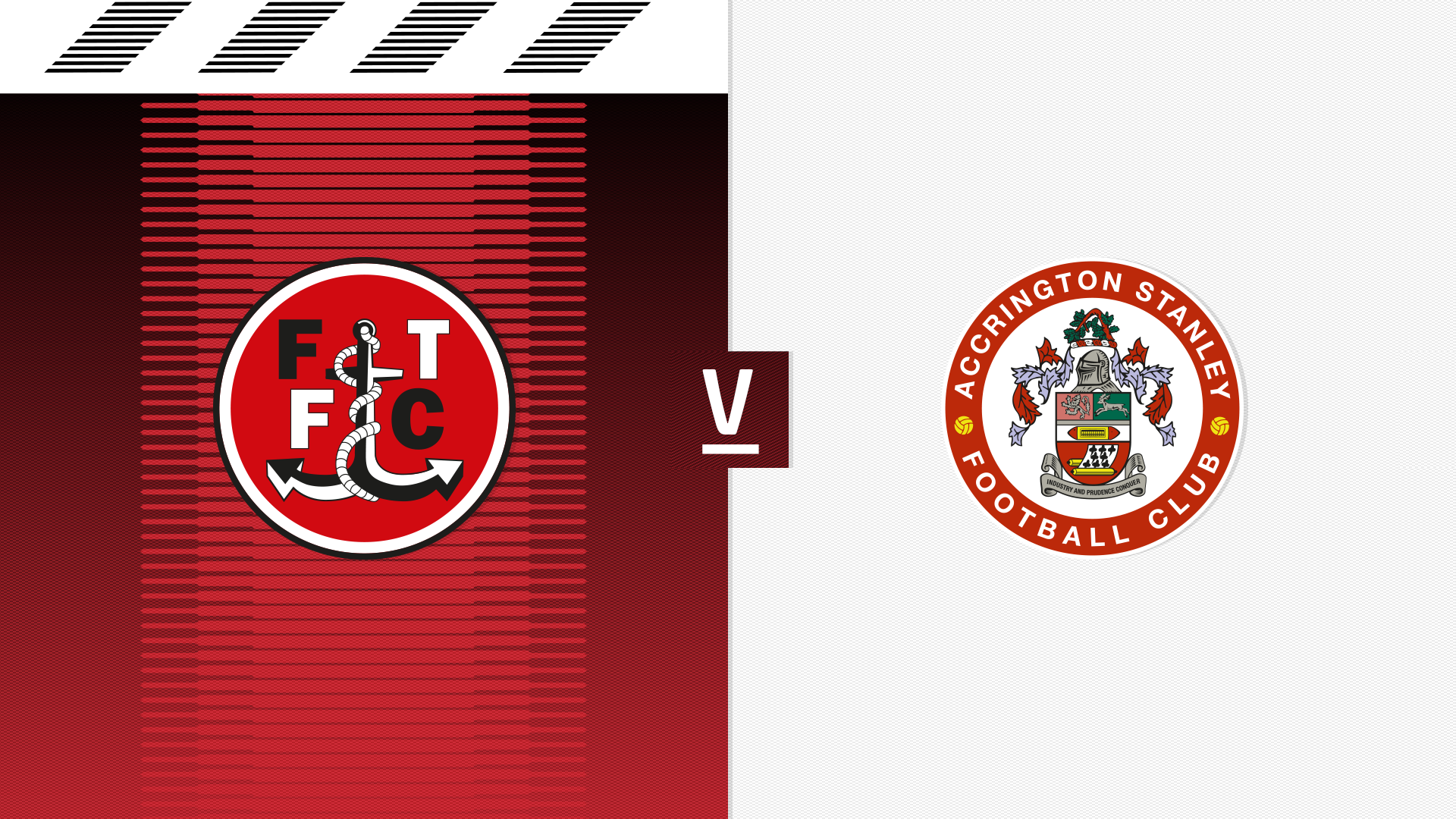 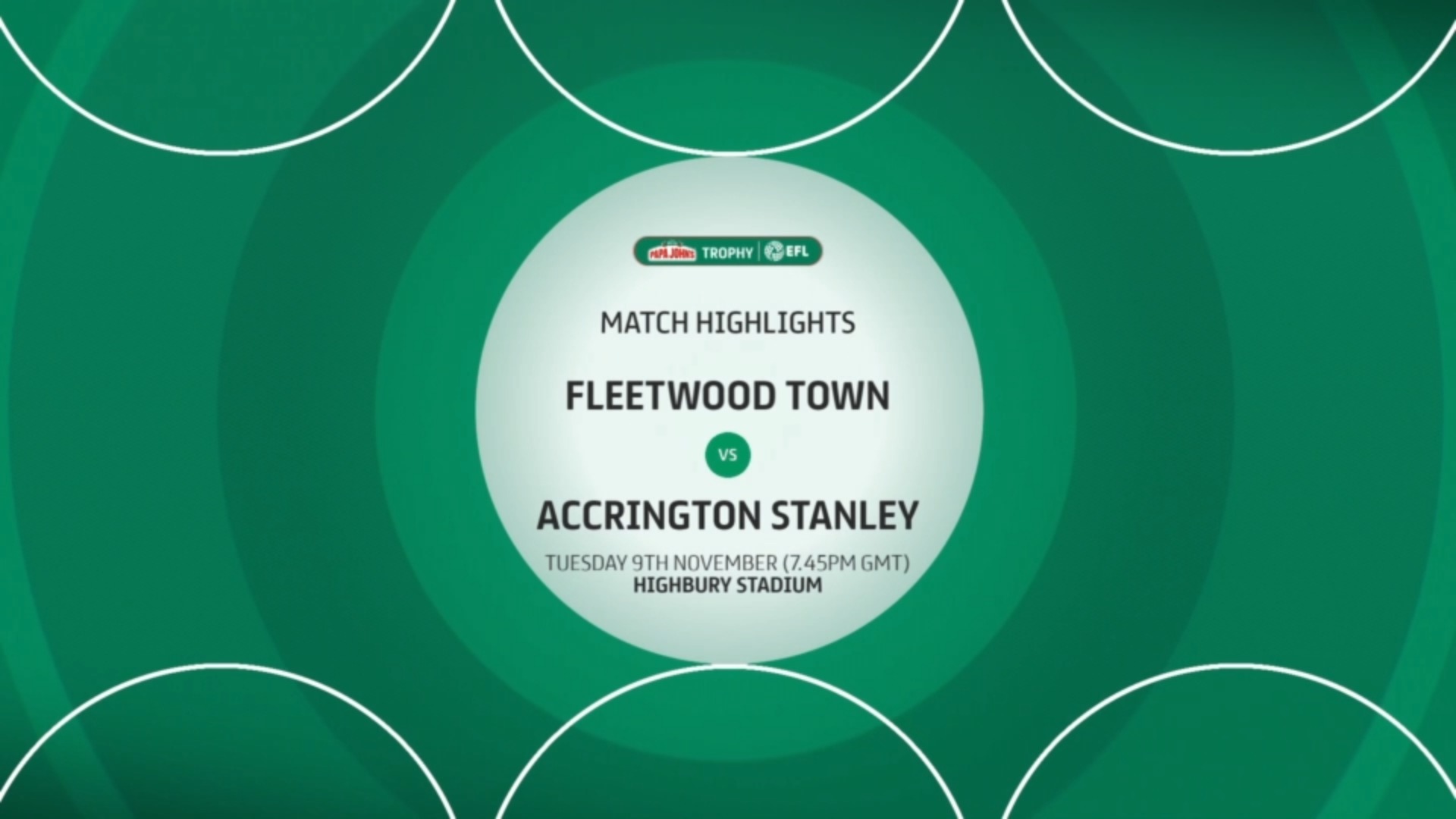 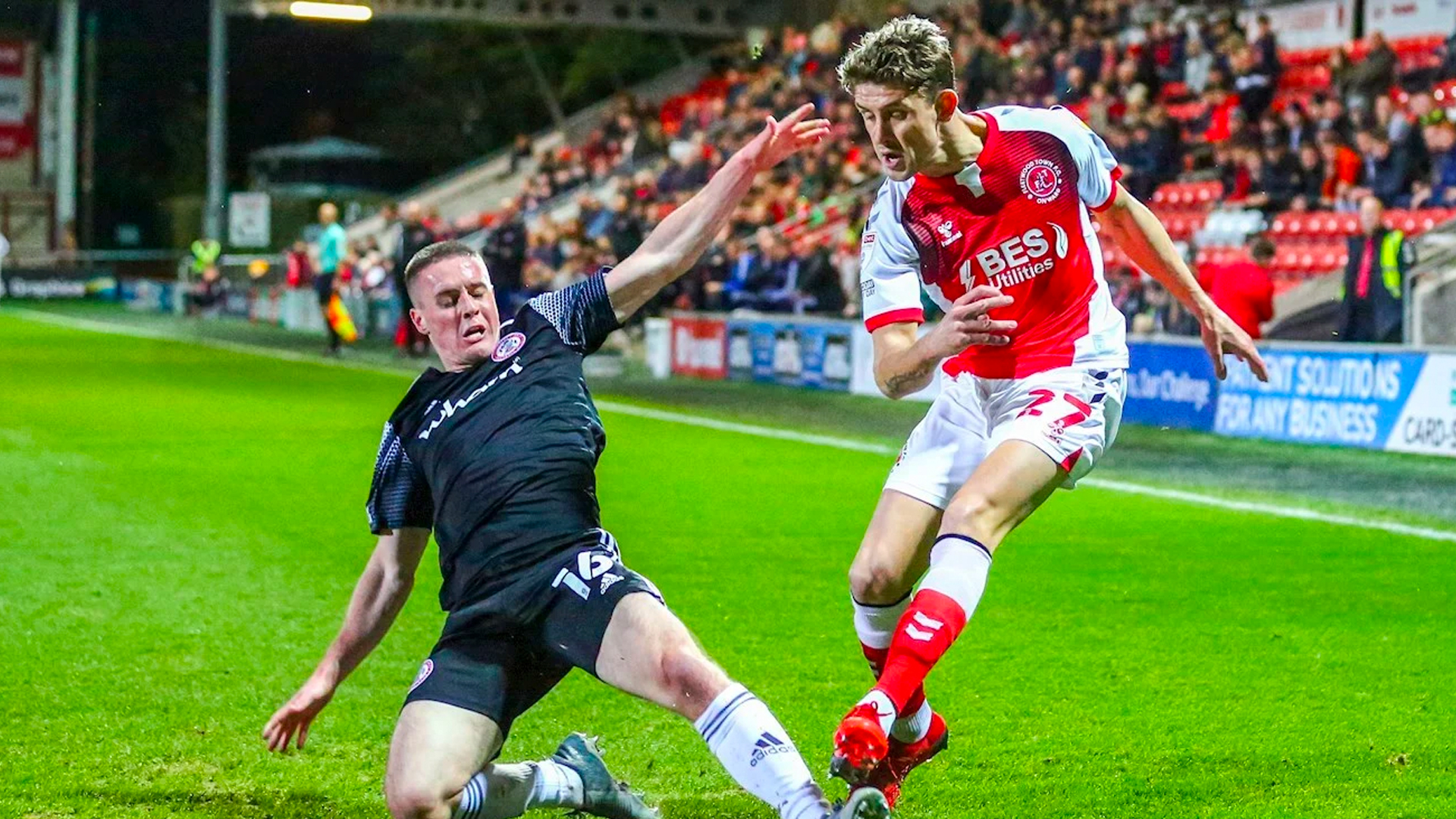