Fleetwood Town face Bolton Wanderers on Tuesday 30 November at the University of Bolton Stadium in Round Two of the Papa John’s Trophy, and we have all you need to know ahead of the 7pm kick-off in our match preview. 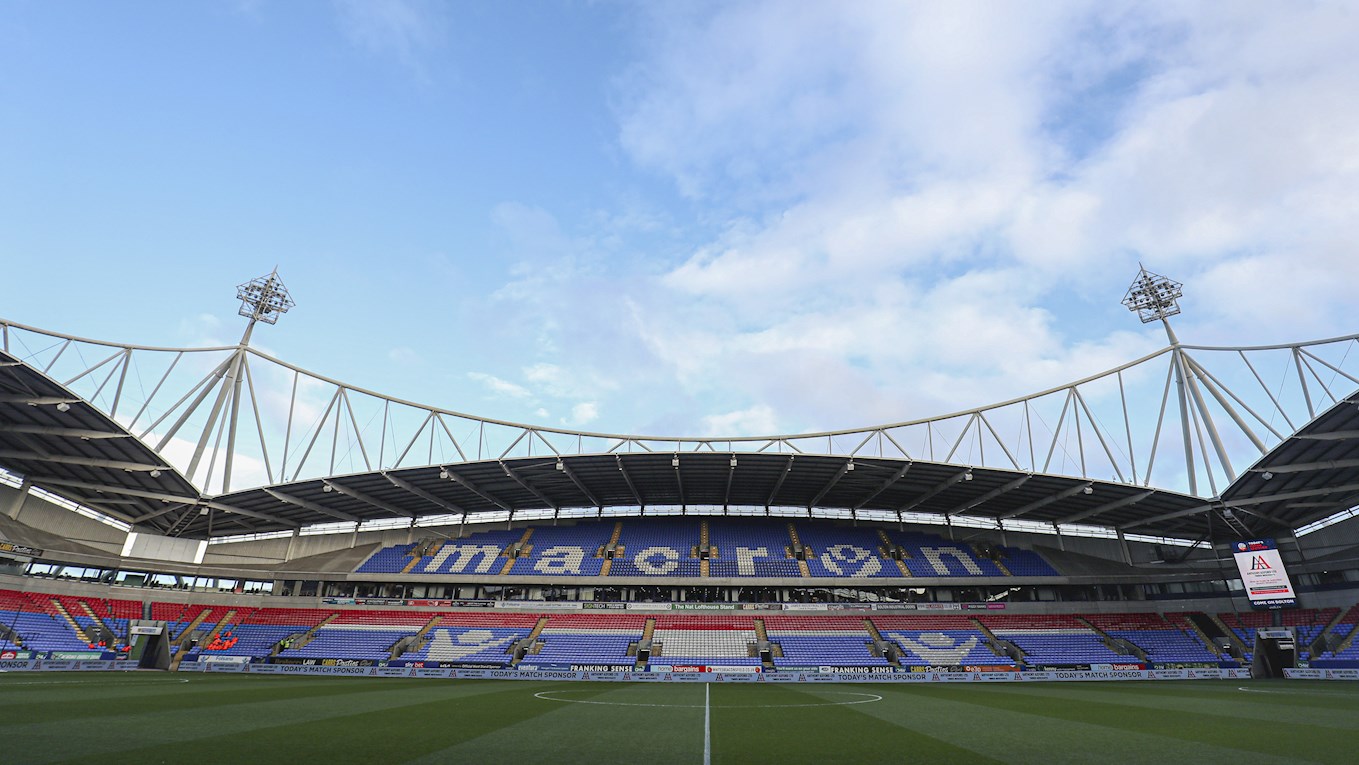 Stephen Crainey’s are heading into their third away fixture in a week on Tuesday evening as they are set to continue their Papa John’s Trophy campaign, this time heading to the University of Bolton Stadium for Round Two of the competition.

In the last outing, Town came from behind to rescue a 2-2 draw on their travels to AFC Wimbledon, in what were horrible conditions. Fleetwood fought back late on after Ged Garner’s opener was cancelled out by Ayoub Assal’s and Luke McCormick’s second-half goals, Callum Johnson grabbed late equaliser to ensure Town walked away with a point.

In the game before, the side were beaten by Oxford United at Kassam Stadium earlier on this week. Even though Jay Matete produced a moment of brilliance, dribbling from near the halfway line and scoring at the end of the run, the home side were on top and ran away 3-1 winners. 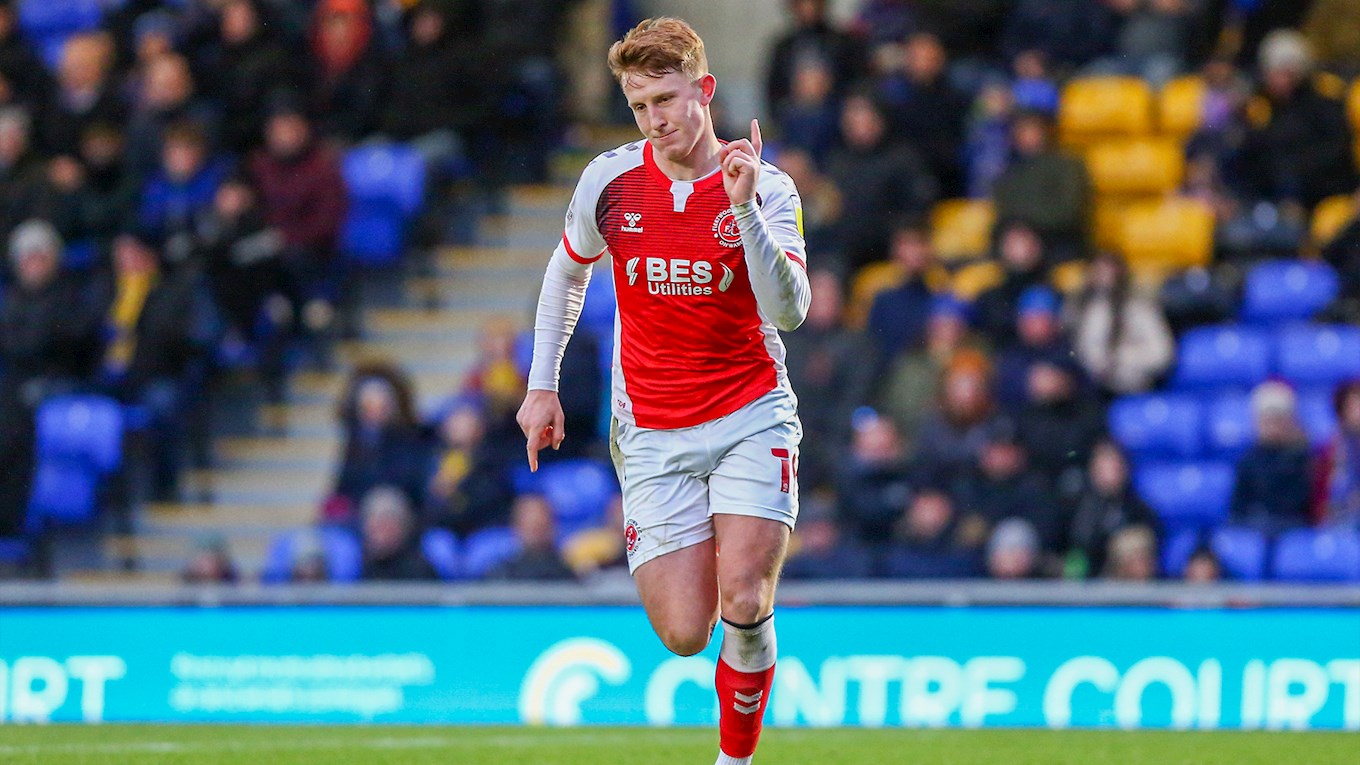 The Trotters head into Round Two of the Papa John’s Trophy after a perfect run in the group stage, winning all three of their games, with the latest being a 3-0 win over Rochdale away from home.

In the game at Spotland Stadium, it was a first-half onslaught that was the demise of Dale as Oladipo Afolayan opened the scoring just 16 minutes into the game. Declan John doubled their lead three minutes later, with a 45th minute penalty from Eoin Doyle capping off the tie.

They also faced Liverpool’s Under-21s in the group stage back at the start of October and they seemed to show the same confidence in this, as they did against Rochdale, winning 4-1 on the night. Nathan Delfouneso and an own goal from Jarell Quansah added on to Amadou Bakayoko’s second-half brace to round out a comfortable night in Horwich. 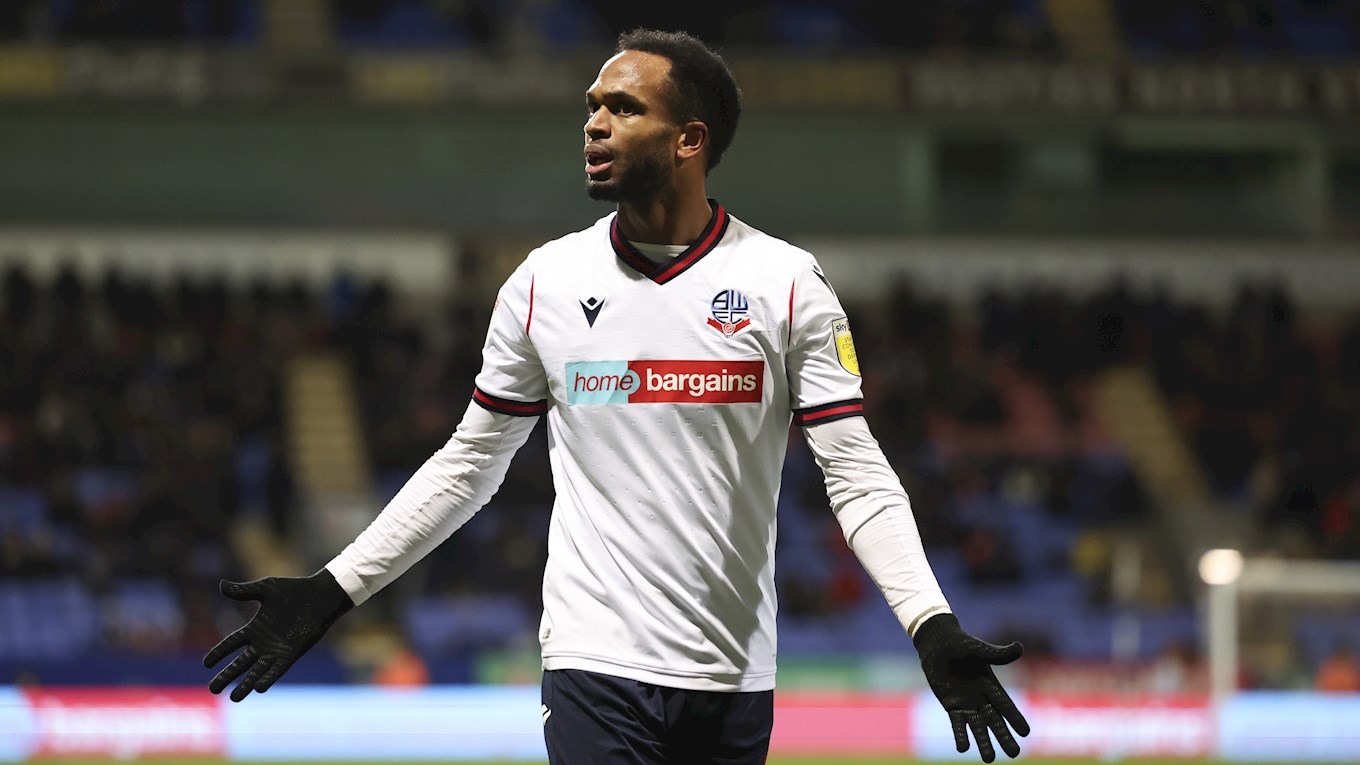 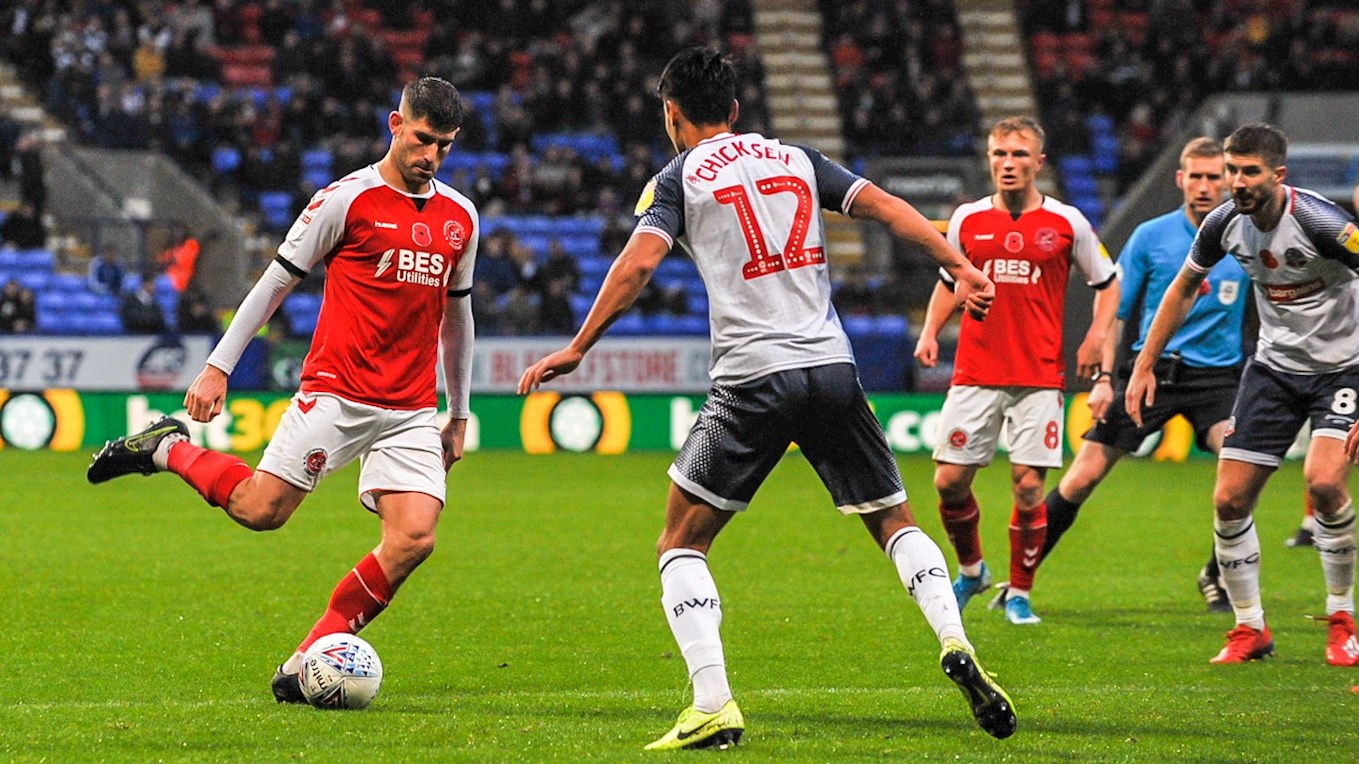 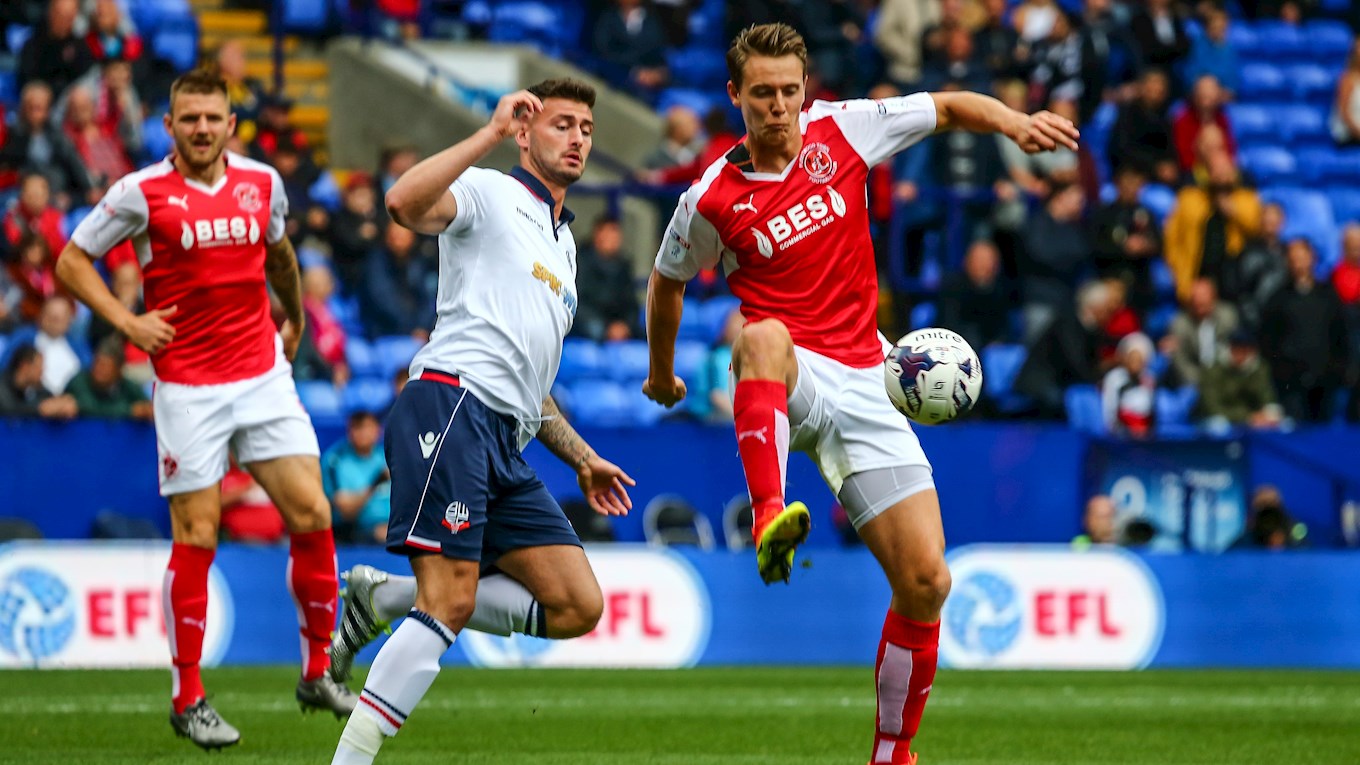 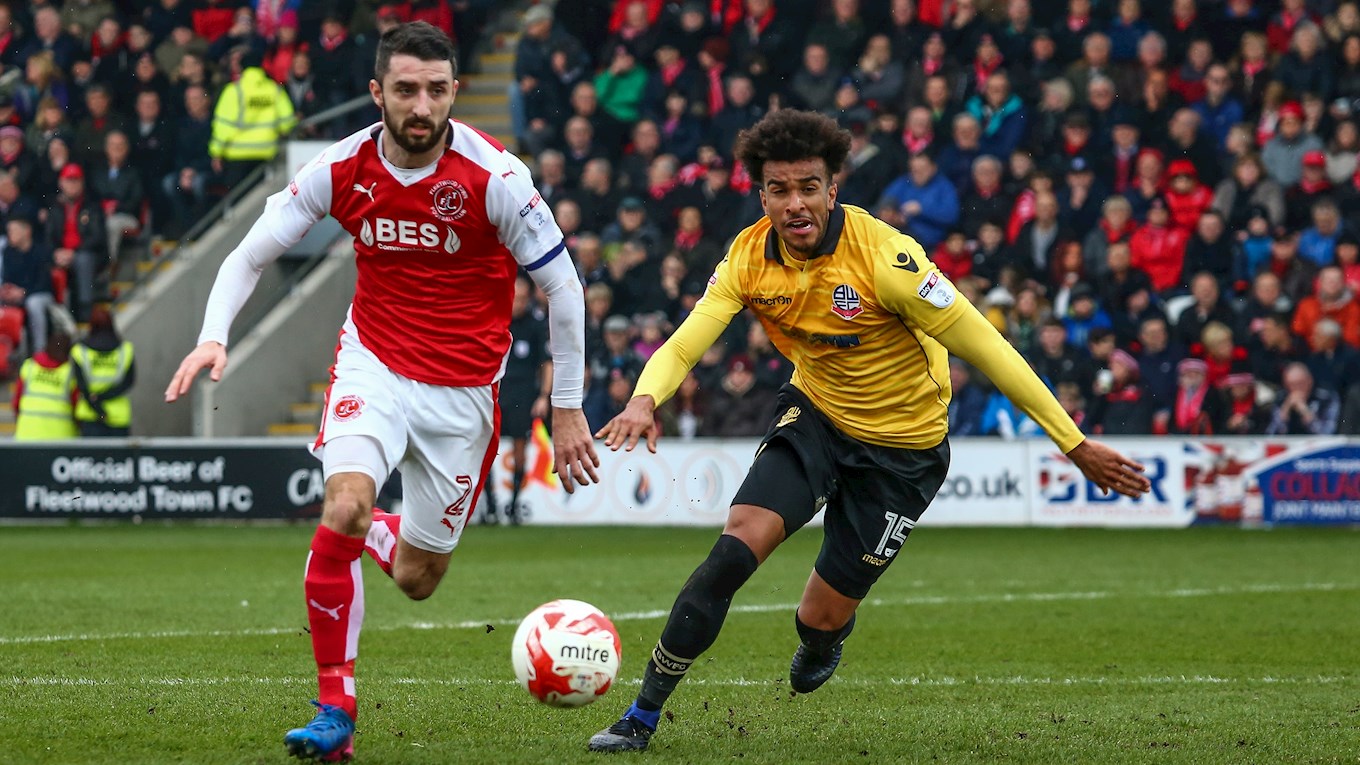 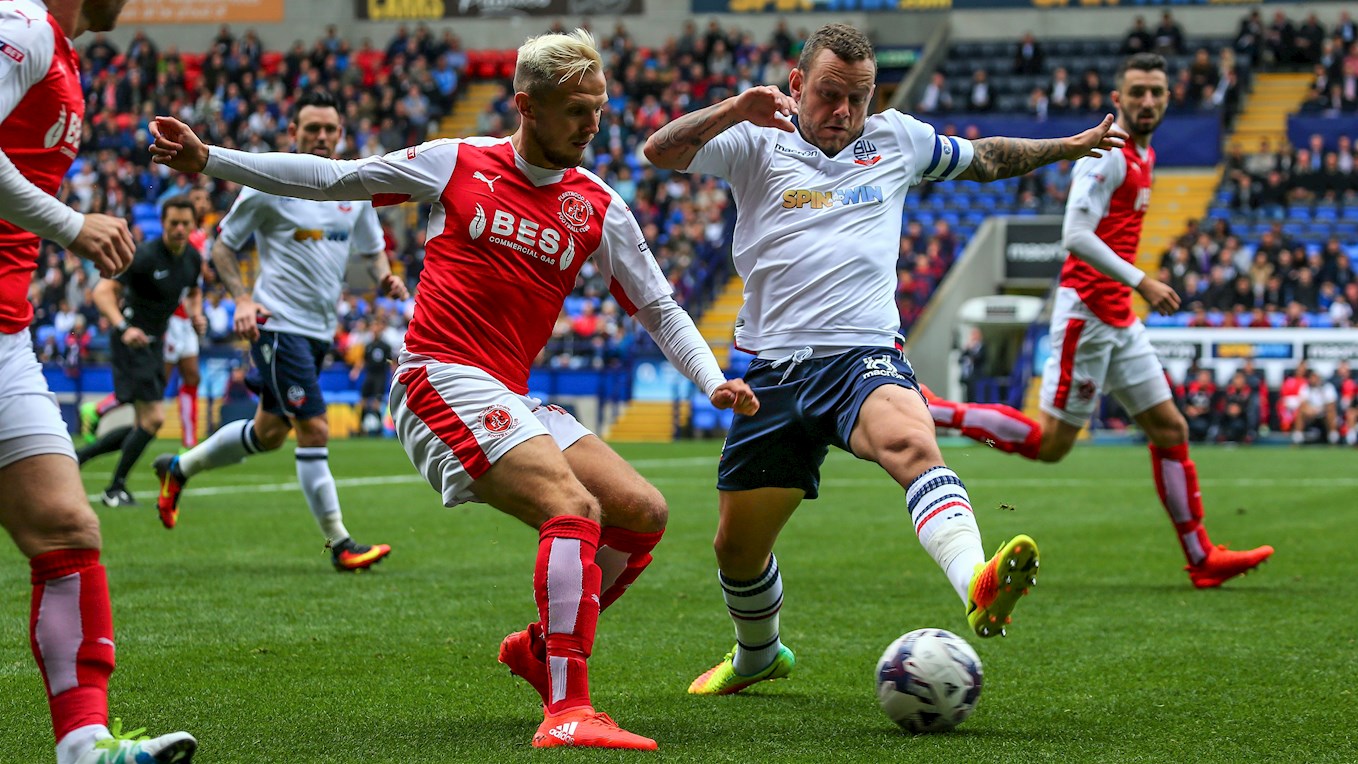 Interim Head Coach Stephen Crainey spoke to the media after taking charge of his first game, which ended in a 2-2 draw against AFC Wimbledon on Saturday. Here is what he had to say in his interview:

“The group showed guts and desire in the game against Wimbledon, which was very pleasing, I want to take that moving forward and not just implement that in games, but in training as well.

“They’re a good group of players, I’ve always known this as it’s a good blend of youth and experience there. We’ll assess the squad tomorrow morning, and we will take it from there into the Papa John’s Trophy tie against Bolton on Tuesday.” 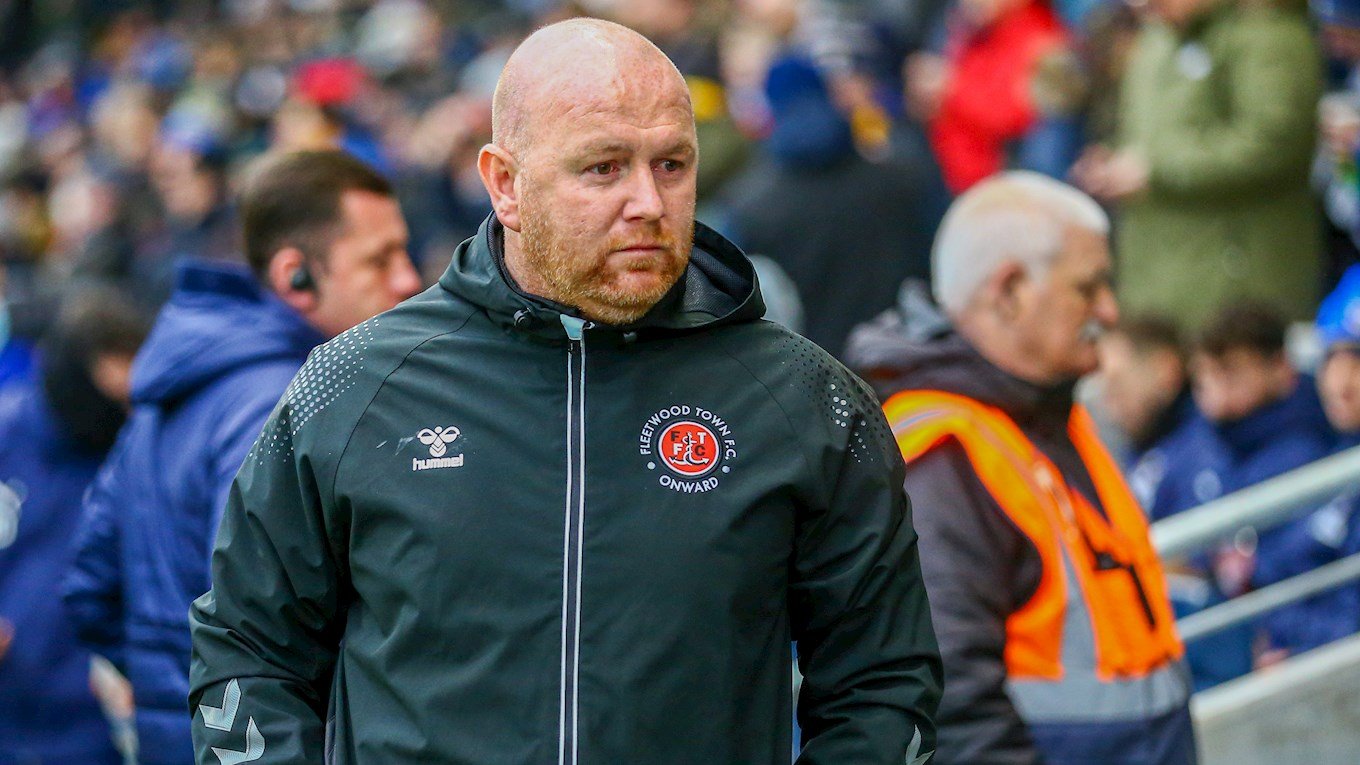 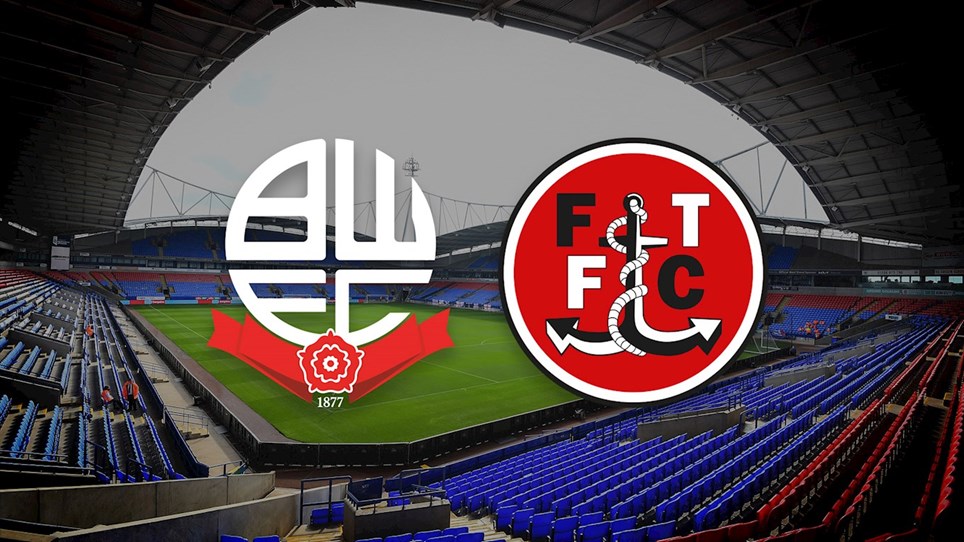 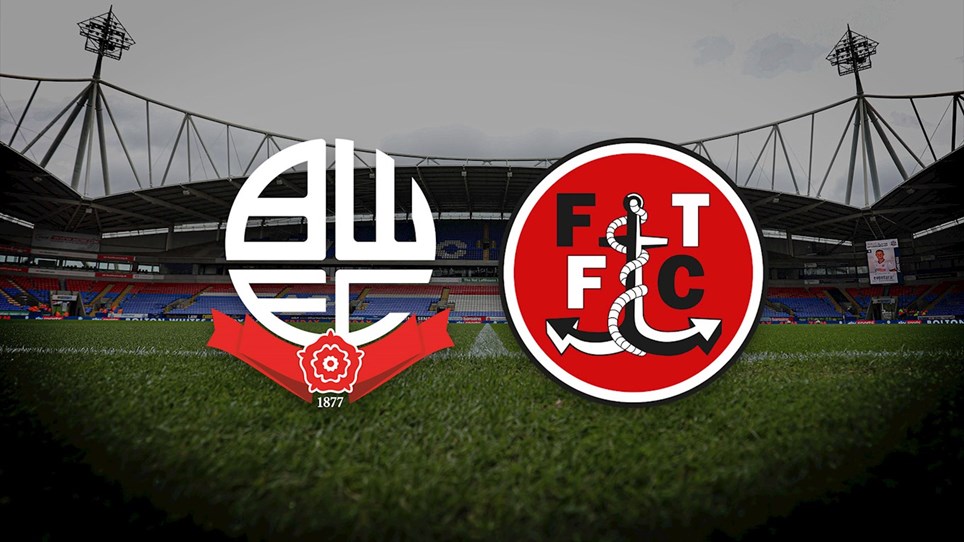 A young Fleetwood Town side battled hard throughout their Papa John’s Trophy cup tie against Bolton Wanderers at the University of Bolton Stadium on Tuesday evening but fell to a narrow 1-0 defeat.

The youthful eleven, which started Stephen Crainey’s first cup tie in charge, looked to have matched the experienced Trotters side, but it was Kieran Lee’s first-half strike that was the difference on the night.

Town had the first chance of the game just five minutes in as Carl Johnston lofted a ball down the right into the feet of Cian Hayes, who dribbled around George Johnston and forced a near-post save from Joel Dixon.

Three minutes later, Bolton had a half-chance of their own as their left-back Declan John found himself in the centre of midfield and seemed to try his luck from range, but his effort flew wide of the near post. John had another effort soon after, which stung the palms of Billy Crellin.

An opportunity almost arose for Fleetwood as Harrison Biggins spotted the high line from the home side’s defence and played an over-the-top ball towards Ryan Edmondson, but the goalkeeper rushed out and cleared the ball just in time.

Bolton had another half-chance, this time through Eoin Doyle as he played a one-two with the right-winger and struck towards goal, with Conor McLaughlin able to get in the way of the chance and stall the attack.

Stephen Crainey’s side looked to find a way into the side but went behind in the 35th minute of the game as Doyle played the ball across to Lee on the edge of the Fleetwood box, beating the offside trap and placing it into the bottom-left corner.

With five minutes to go until the break, Town tried a corner routine straight from the training ground as C.Johnston’s set-piece found its way to Barry Baggley, whose left-footed cross toward Harrison Biggins almost found the top-left corner, with the goalkeeper left stranded.

The home side had the first chance of the second period as the ball was played to Doyle by Lee on the edge of the Fleetwood box and, with a yard of space, struck towards goal, forcing a save out of Crellin. The following corner was met by Alex Baptiste, who headed wide from 10-yards.

A bit of hustle and bustle followed in the middle of the park, with the next chance coming ten minutes later as the ball found its way to Dapo Afolayan on the edge of the box, he cut in onto his right-foot and struck wide of the far post.

Substitute Chris Conn-Clarke, who replaced Max McMillan on the hour mark, seemed to make a difference after coming on, forcing the Bolton backline back, and almost found the back of the net from a free-kick who 20 minutes to go from a tight angle.

The Cods ended the game strong, creating multiple efforts on goal starting with one from Conn-Clarke, who dribbled his way in from the left and tried his luck from 20-yards, but the shot was deflected out for a corner.

From the set-piece, Hayes ricked his way into the box – running past his marker with ease – and struck the ball with power towards Dixon between the sticks, who did well to push the ball away from his goal.

A leveller was inches away from Fleetwood's grasp with their chances at the death, with Conn-Clarke's effort from the edge of the box going just over the crossbar, worrying the home supporters before Hayes was played through, but his effort was blocked by a last-ditch challenge.

Tickets are now available for Fleetwood Town's Papa John's Trophy Round Two tie against Bolton Wanderers at the University of Bolton Stadium on Tuesday 30 November.

The Cod Army will be located in the Franking Sense South Stand Lower with prices as follows:

Please note tickets will not be on sale on the night, all tickets must be purchased in advance from the Fleetwood Town ticket office. They can be purchased over the phone and collected from Bolton on the night. Tickets are on sale until Tuesday, 4:00pm. 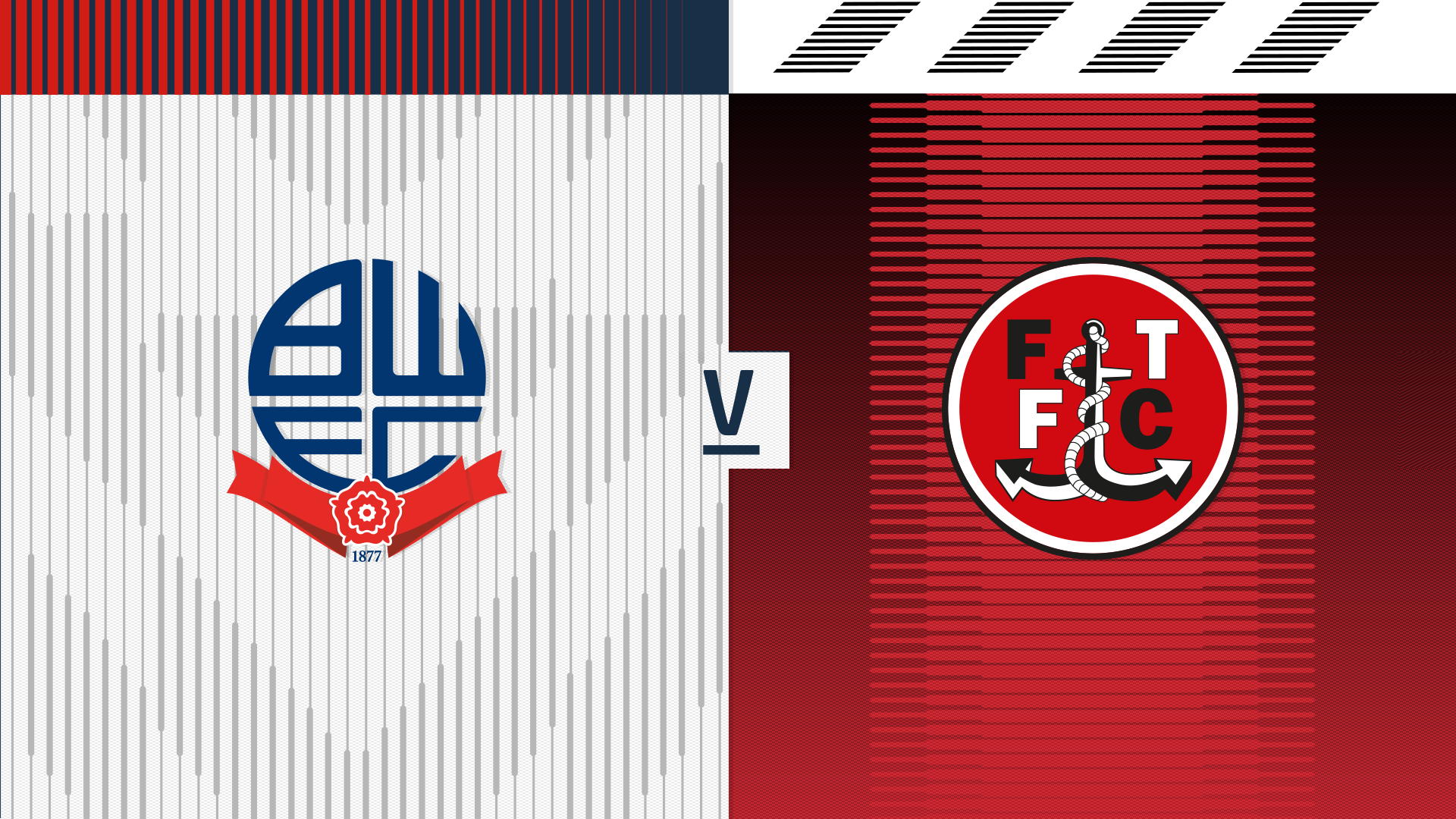 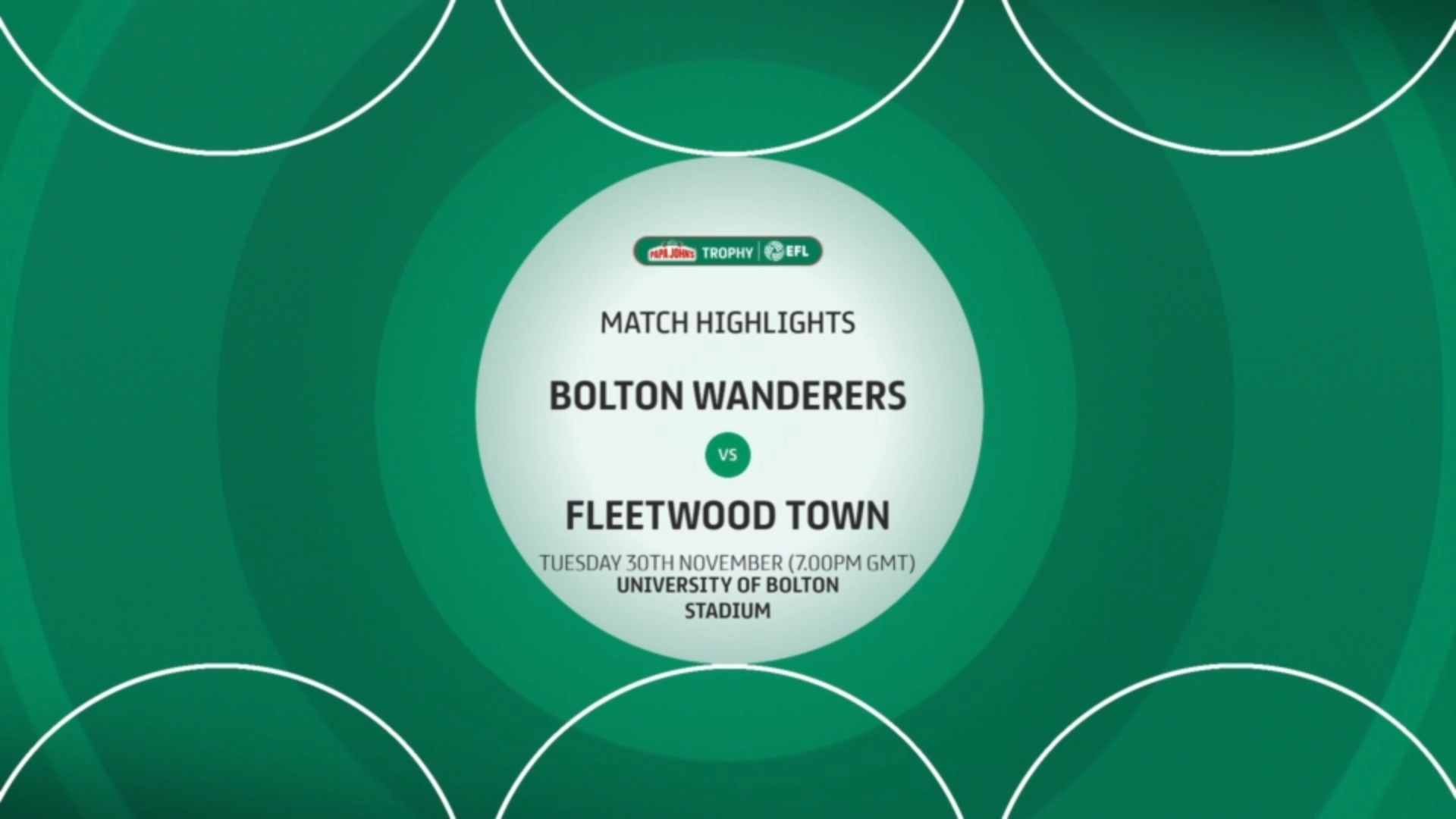 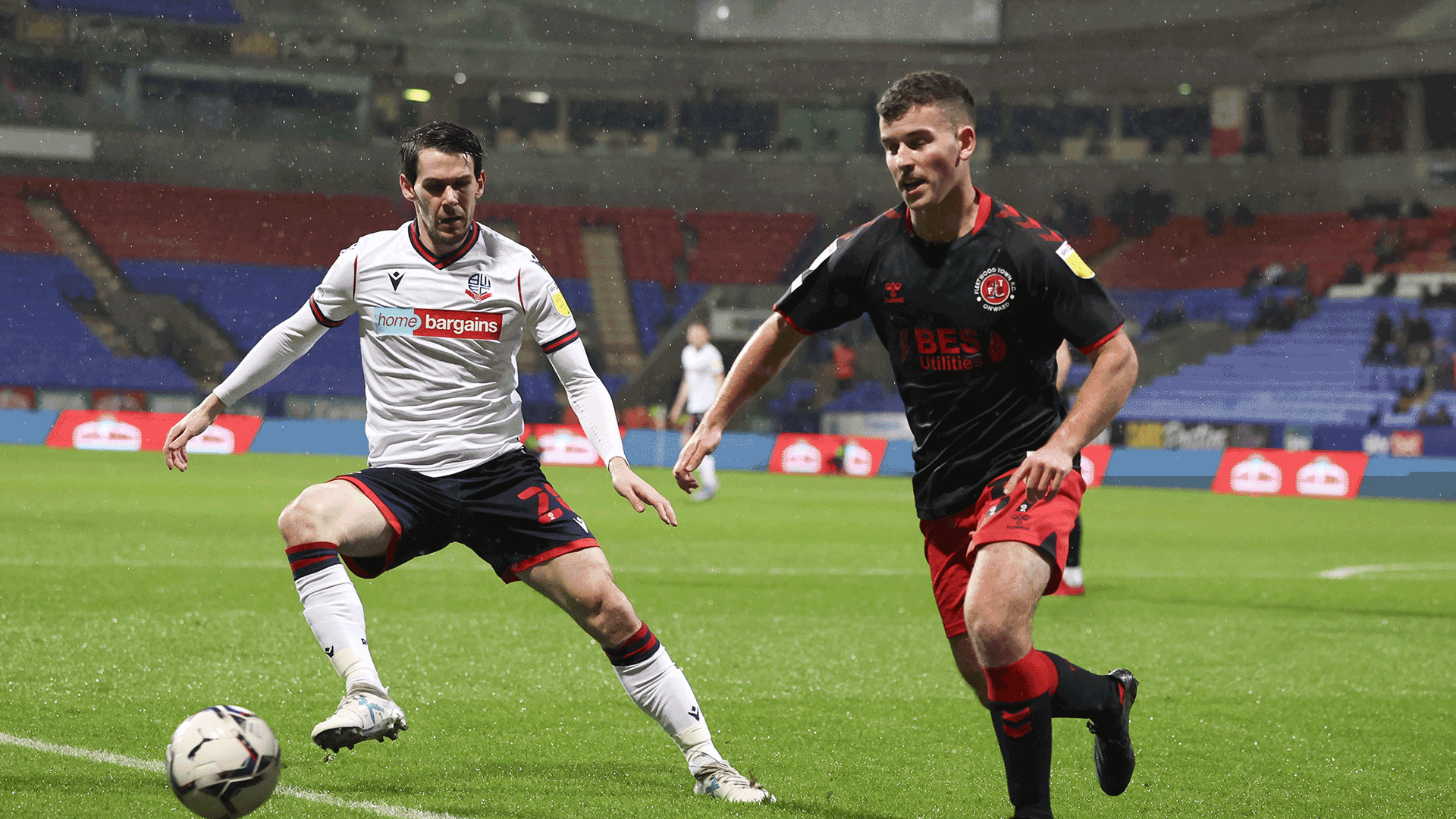