Fleetwood Town face AFC Wimbledon on Saturday 27 November at Plough Lane in Sky Bet League One, and we have all you need to know ahead of the 3pm kick-off in our match preview. 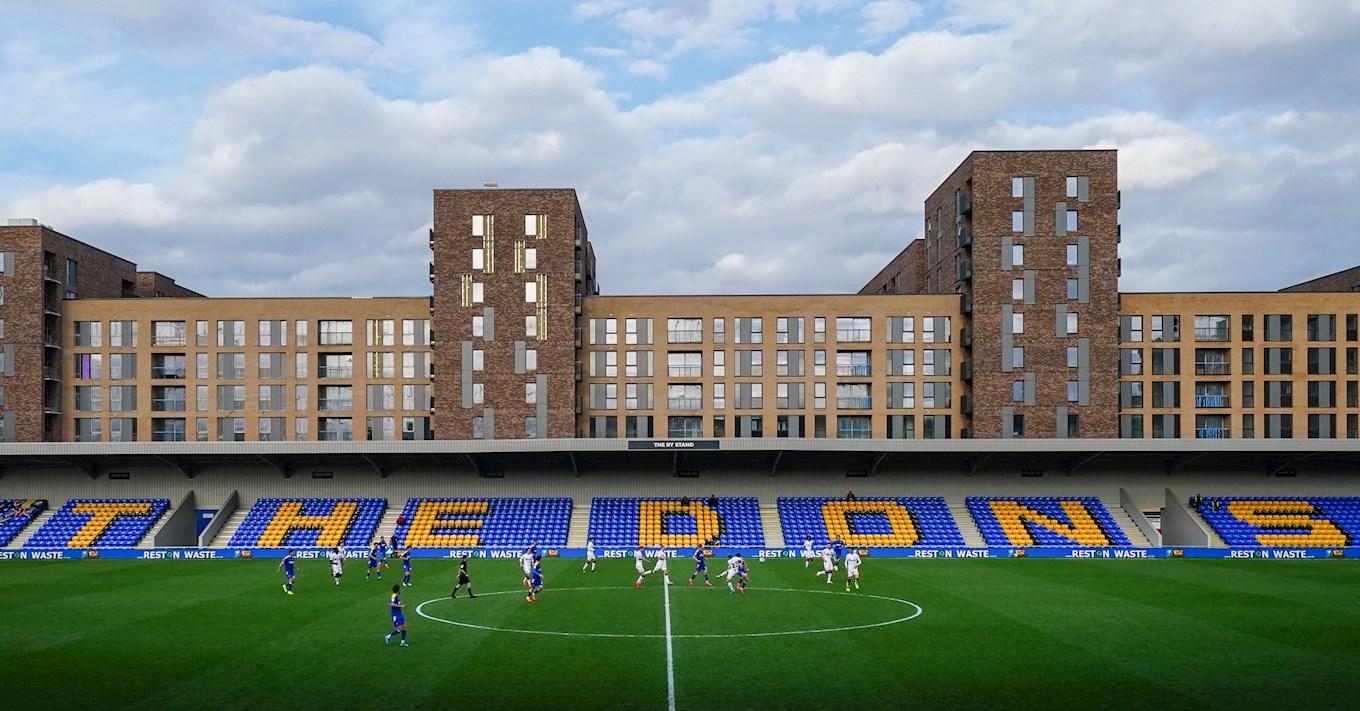 Town are heading down south this weekend as they are set for another away fixture in Sky Bet League One, with the tie against AFC Wimbledon being Stephen Crainey’s first as Interim Head Coach.

In the last outing, the side were beaten by Oxford United at Kassam Stadium earlier this week. Even though Jay Matete produced a moment of brilliance, dribbling from near the halfway line and scoring at the end of the run, the home side were on top and ran away 3-1 winners.

In the game before, a wondergoal from Cole Stockton saw local rivals Morecambe come out on top in a challenging encounter for both sides at Highbury. Callum Johnson netted a header on the day for Fleetwood, which saw him get nominated into the Sky Bet League One ‘Team of the Week’. 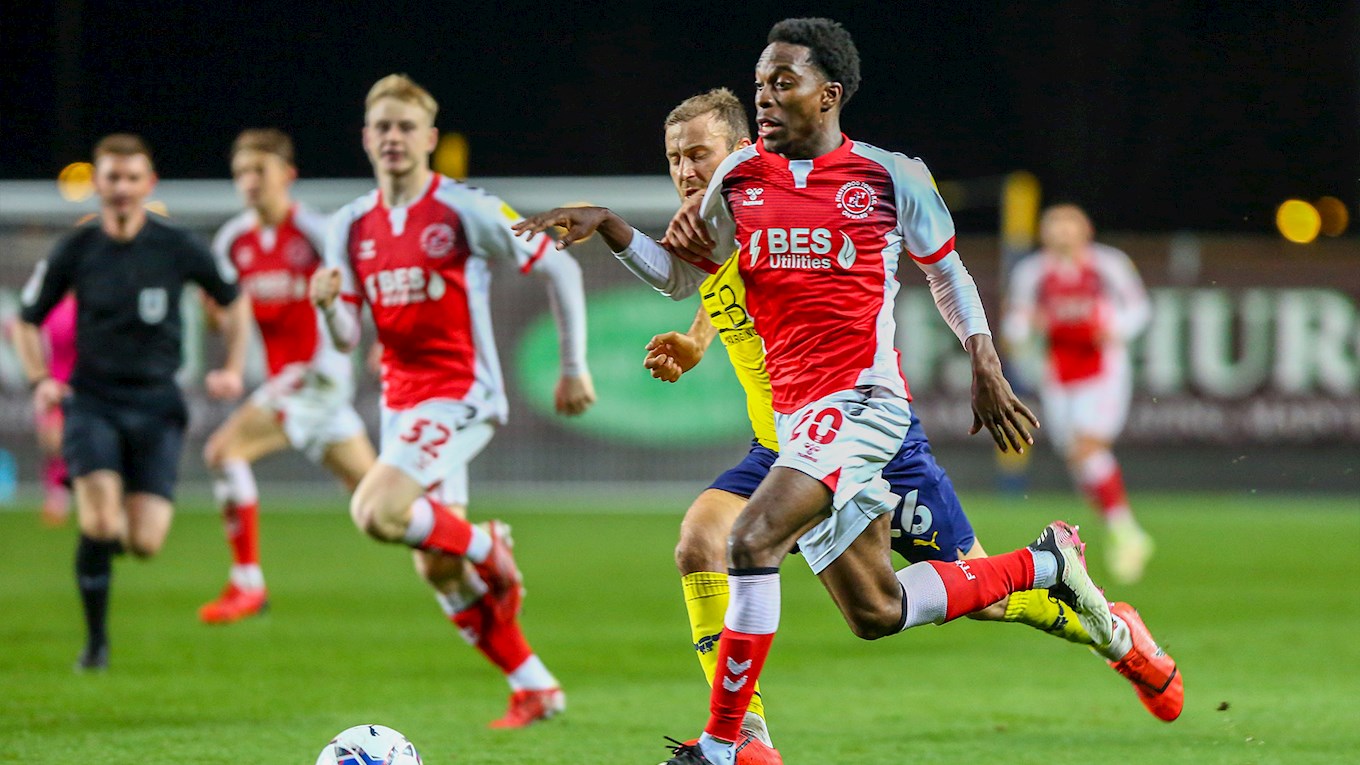 The Wombles are currently sitting in 18th position in Sky Bet League One and will welcome the Cods to Plough Lane this Saturday.

Their last game ended in a five-goal thriller against Crewe Alexandra in Wimbledon, with the game also seeing a red card just before the final whistle. Jack Rudoni opened the home side’s account on the day, with Ollie Palmer netting a brace before the half.

Ayoub Assal saw red right before the end, but it seemed to run down the clock, with Crewe on the ascendancy after Chris Porter’s goal in the 89th minute, as they walked away 3-2 winners on the night.

There were two losses for the side in multiple competitions before that as they lost out to Portsmouth 2-1 last Saturday, with a Papa John’s Trophy loss, with the same scoreline to Sutton United a couple of days before. 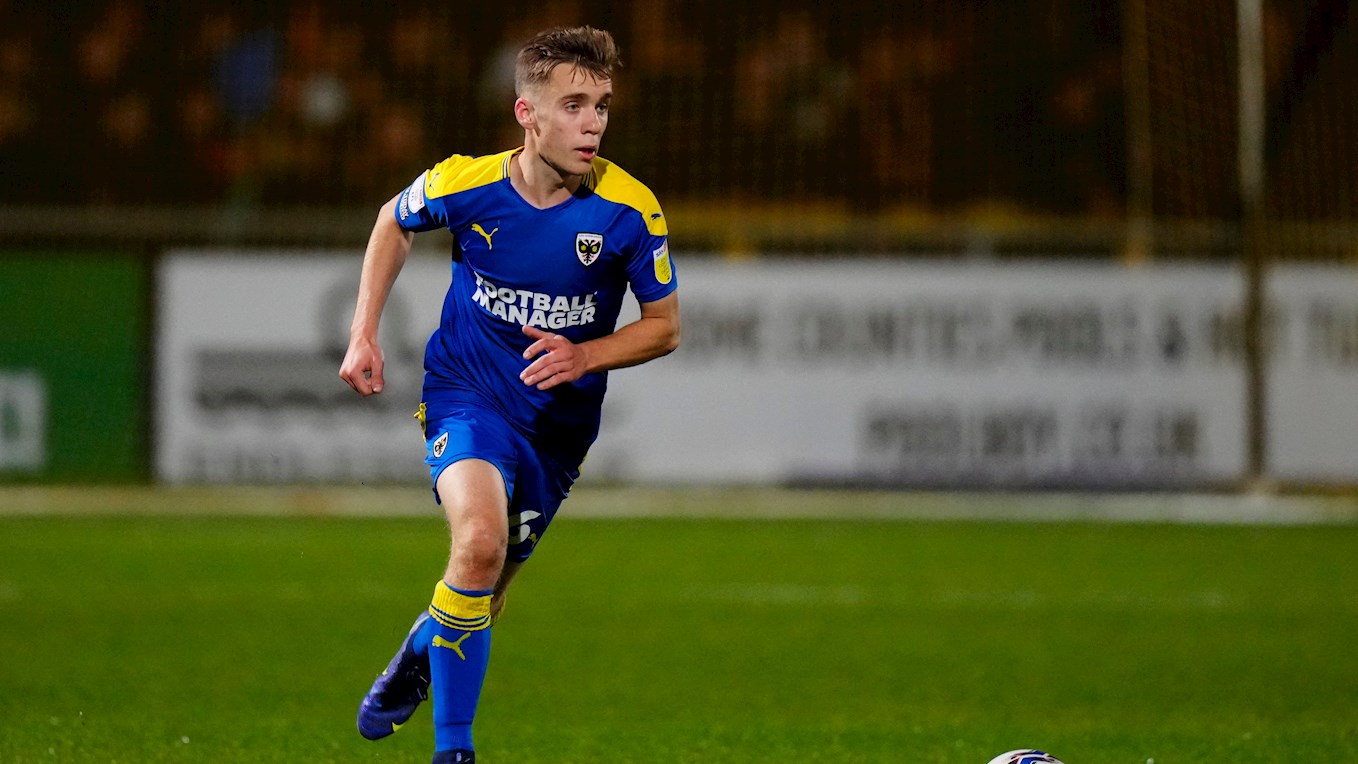 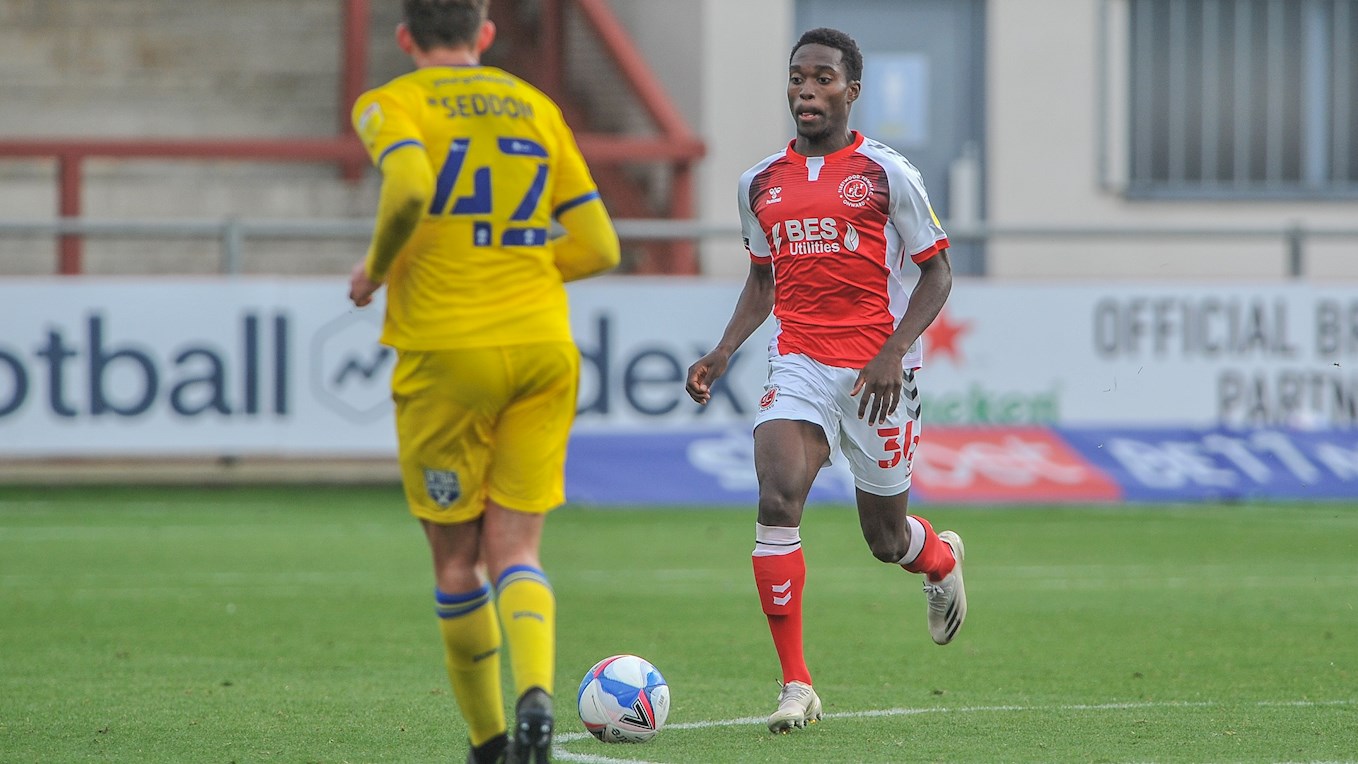 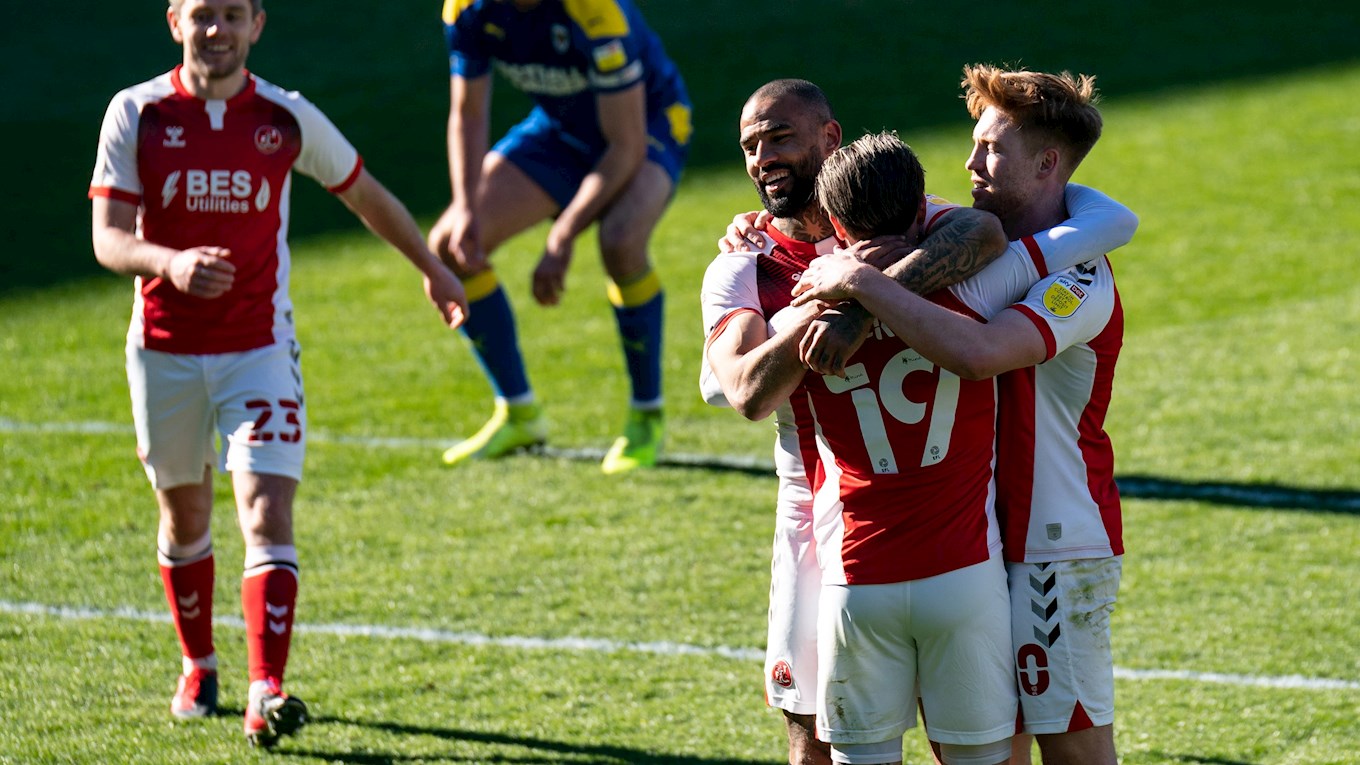 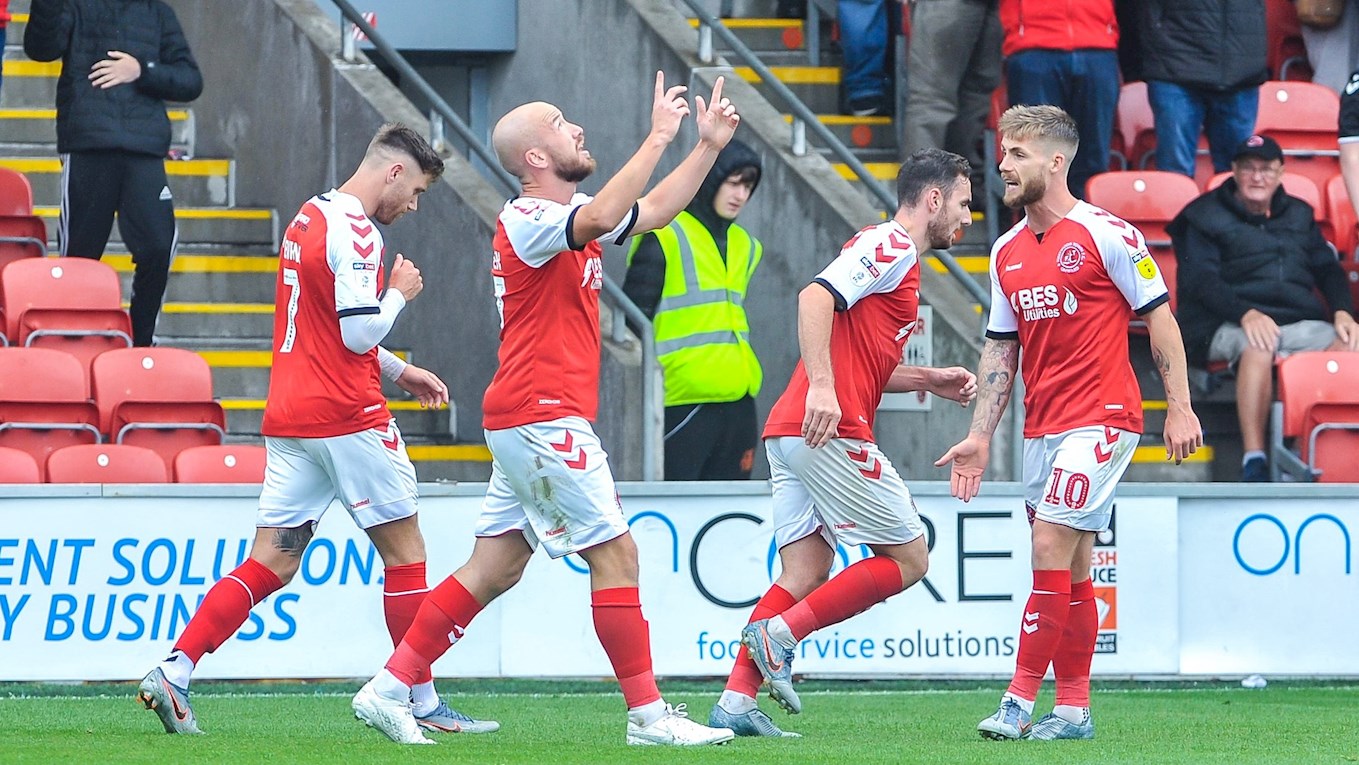 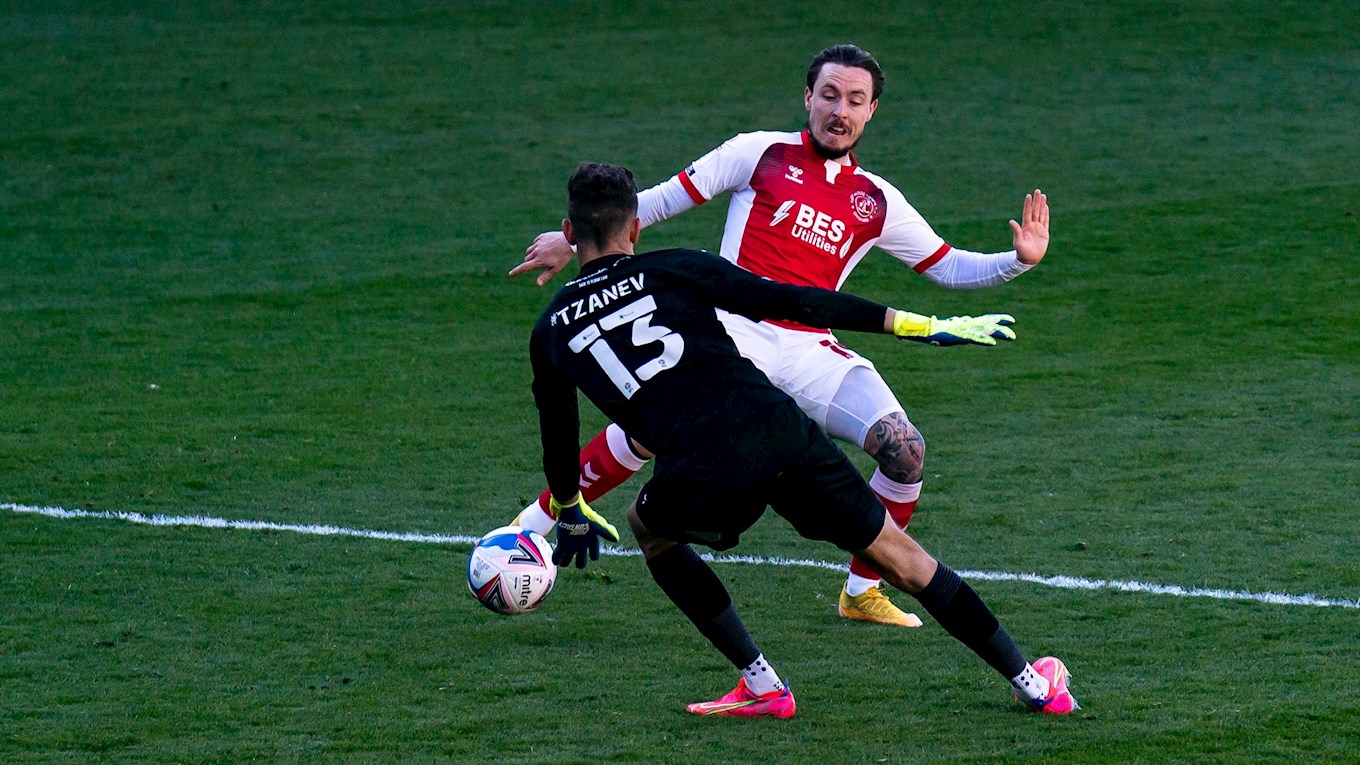 Interim Head Coach Stephen Crainey spoke to the media for the first time after getting the role on Thursday afternoon, ahead of Fleetwood Town’s trip to face AFC Wimbledon at the weekend. Here is what he had to say in his interview:

“We’ve been on a bad run, but I want to change that on Saturday. Hopefully, with the coaching the staff can get into the players both today and tomorrow, we can come back home with a win against Wimbledon.” 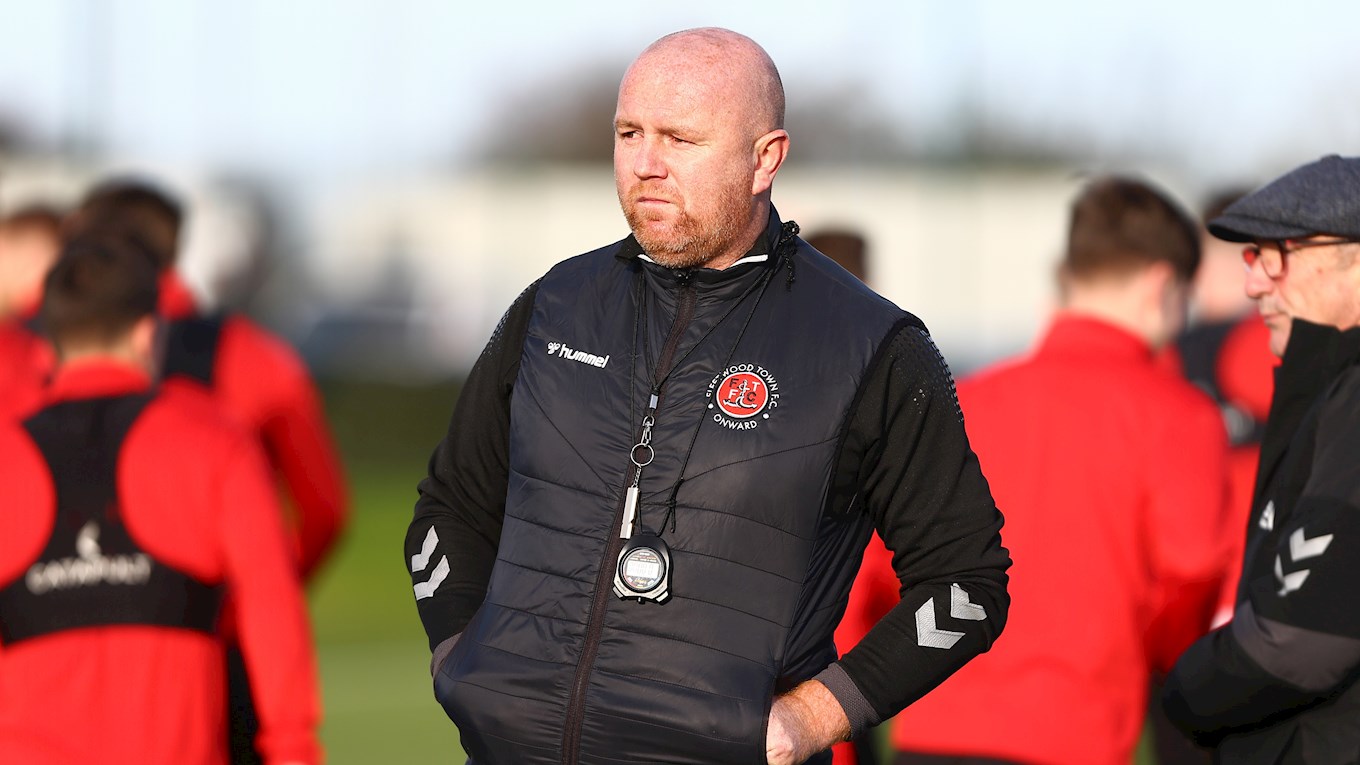 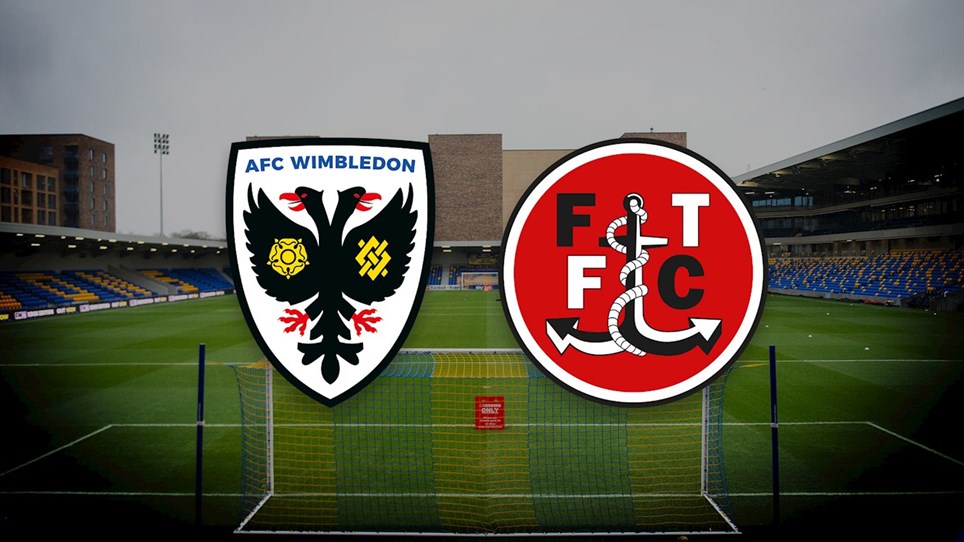 Fleetwood Town came from behind to rescue a 2-2 draw on their travels to AFC Wimbledon on Saturday afternoon.

In what was horrible conditions, Fleetwood fought back late on after Ged Garner’s opener was cancelled out by Ayoub Assal’s and Luke McCormick’s second-half goals, Callum Johnson grabbed late equaliser to ensure Town walked away with a point.

The first chance of the game fell to Wimbledon’s Jack Rudoni. The attempt was the result of a counterattack from a Fleetwood corner as the home side rapidly broke away. Paul Osew had the chance to shoot moments earlier but opted for the pass back inside and the shot on goal was easily blocked.

After a great solo run Callum Morton was brought down just outside the box for a free kick on the 10-minute mark. As expected, Danny Andrew claimed the dead ball for himself, but his attempt from the left side of the box was blocked by the wall.

Jay Matete looked to make it two goals in two games as he received the ball 25-yards out from goal, picked his head up, and fired one towards goal, but his effort went just over the bar.

Town thought they took the lead through Morton as a fast-paced counterattack resulted in Fleetwood’s number nine having two efforts on goal, the first being saved and the second one being buried in the top right corner. Unfortunately, the linesman flagged for offside.

Fleetwood finally did take the lead and no one could say it wasn’t deserved. The visitors controlled the game comfortably for the first 35 minutes and they were rewarded for their efforts. After a bit of confusion, Garner was free down the left-wing, bearing down on goal with just Nik Tzanev to beat, with the keeper miles off his line, the #19 slotted it around him with ease.

A late surge of attacks from the hosts created a bit of worry in the Fleetwood backline but the closest the scores came to being level was through Ollie Palmer’s near-post effort, but Alex Cairns watched it all the way into the side netting.

Fleetwood had the first chance of the second half and it came through Shayden Morris. The winger beat his man and whipped a teasing ball across the six-yard box for Morton, but the number nine couldn’t quite reach it.

With a bit of fortune, Wimbledon brought the game back to level terms. A free-kick was delivered into the box and after a couple of deflections, it fell to Assal who came running onto it at the penalty spot to calmly place into the bottom right corner.

Town weathered a tough period of Wimbledon pressure off and started to come back into the game. A well-worked corner routine nearly paid off for the visitors as Andrew rose highest, but his header was straight at Tzanev.

Morton, who had been a real threat playing at left-wing, once again had another great solo run despite multiple foul attempts and had an effort from distance, but it was claimed by Wimbledon’s keeper.

With 10 minutes left to play, McCormick gave the hosts the lead. The #21 picked the ball up on the edge of the box, took a few touches inside the box to set himself up, and finished it into the top right corner.

Just five minutes later, Johnson returned the favour. The right-back stayed up after a free-kick was cleared and he got on the end of Paddy Lane’s ball back into the area and headed home to make it 2-2.

In the first of 10 minutes of stoppage time, substitute Conor McLaughlin had a half-chance to put the away side back in front. His clever flick at the near post, unfortunately, went over the bar.

Once again at the right-hand side of the box Town had another chance. This time it was Dan Batty’s floated ball that was met by another substitute, Ryan Edmondson but his header went straight at Tzanev.

After a hard-fought performance, Stephen Crainey’s side left with a share of the points.

Tickets and coach travel are now available for Fleetwood Town's away trip to face AFC Wimbledon at Plough Lane on Saturday, with kick-off at 3pm.

The Cod Army will be located in the Cherry Tree Record Stand with prices as follows: 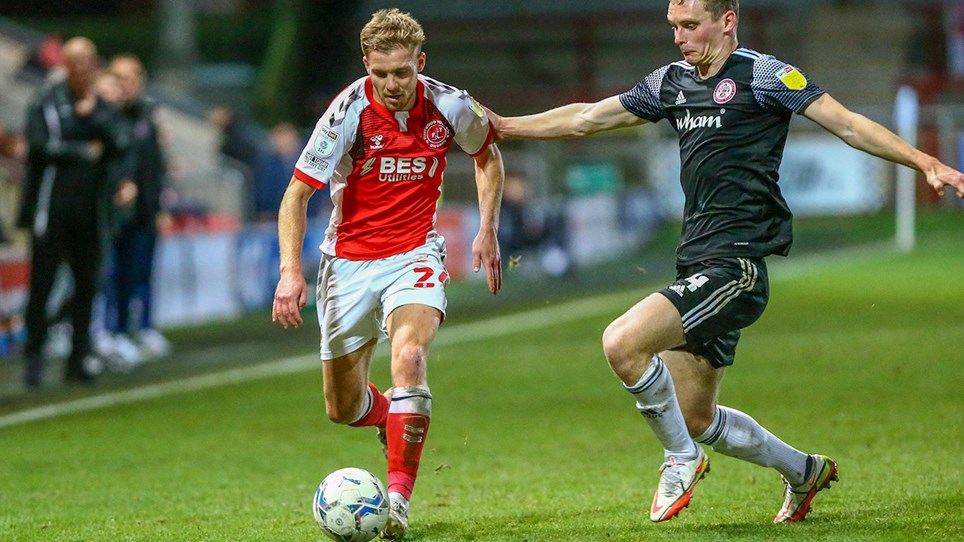 
Tickets and coach travel are now available for Fleetwood Town's away trip to face AFC Wimbledon at Plough Lane on Saturday 27 November (3pm). 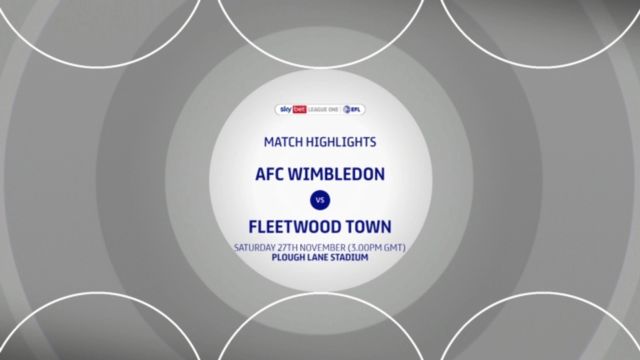 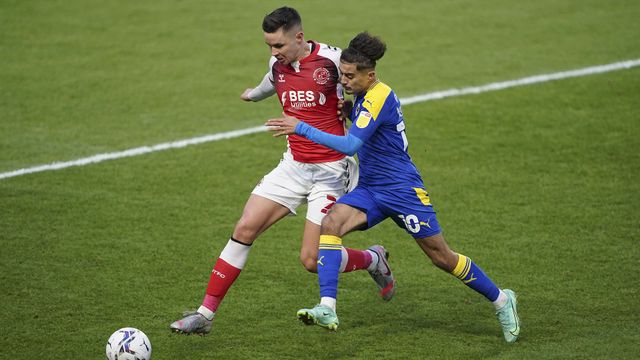