Fleetwood Town face Ipswich Town on Saturday 5 March at Highbury in Sky Bet League One, and we have all you need to know ahead of the 3pm kick-off in our match preview.

The Cods will be looking to get back to winning ways at the weekend when Ipswich come to the Fylde Coast after their last outing ended in a 2-0 loss to Wigan Athletic at the DW Stadium on Tuesday night.

Two late first-half goals dealt Fleetwood a massive blow after a promising opening 45-minute performance. Will Keane converted a penalty and five minutes later, James McClean doubled the home side’s advantage. Town looked to fight back in the second half, but it just wasn’t their night.

In the game before that, Stephen Crainey’s side played out a six-goal thriller at Fratton Park, which saw Paddy Lane rifle in a goal of the season contender just before the half-time break.

Four goals in the first half meant it was an action-packed first period, however, it was backs to the wall for Fleetwood as the backline was broken twice in the second half the last in stoppage time meant the points were shared. 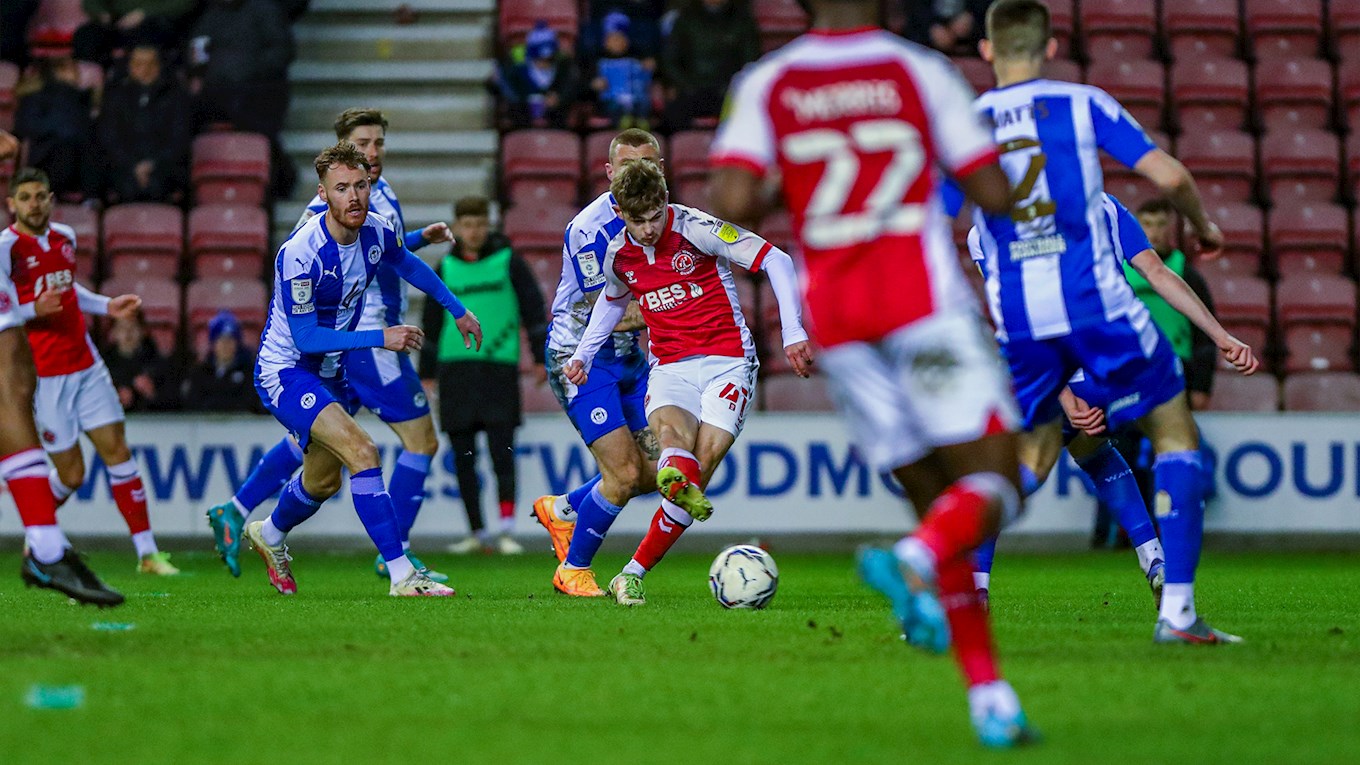 The Tractor Boys are currently sitting just outside the play-off spots in Sky Bet League One at the moment after drawing their last game against Morecambe, which ended one apiece.

Ipswich are six games unbeaten now after that Shrimps draw which needed to be salvaged on the day as former-Cod Wes Burns netted an equaliser four minutes before the end, cancelling out Aaron Wildig’s opener from the 59th minute.

Before that was a goalless draw against Cheltenham and a 3-0 win over Burton Albion. In the Burton game, Kayden Jackson broke the deadlock one minute in, with Burns and Bersant Celina adding to the score in the second half. 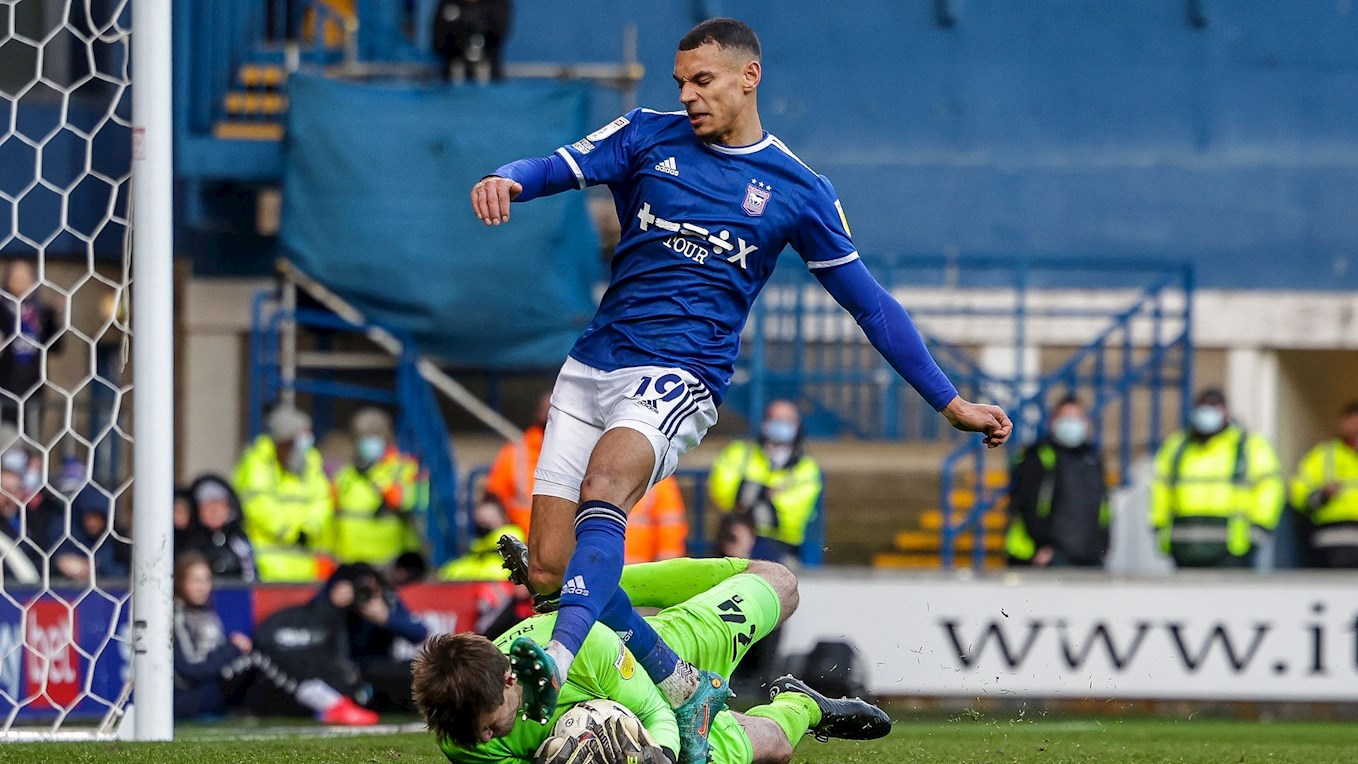 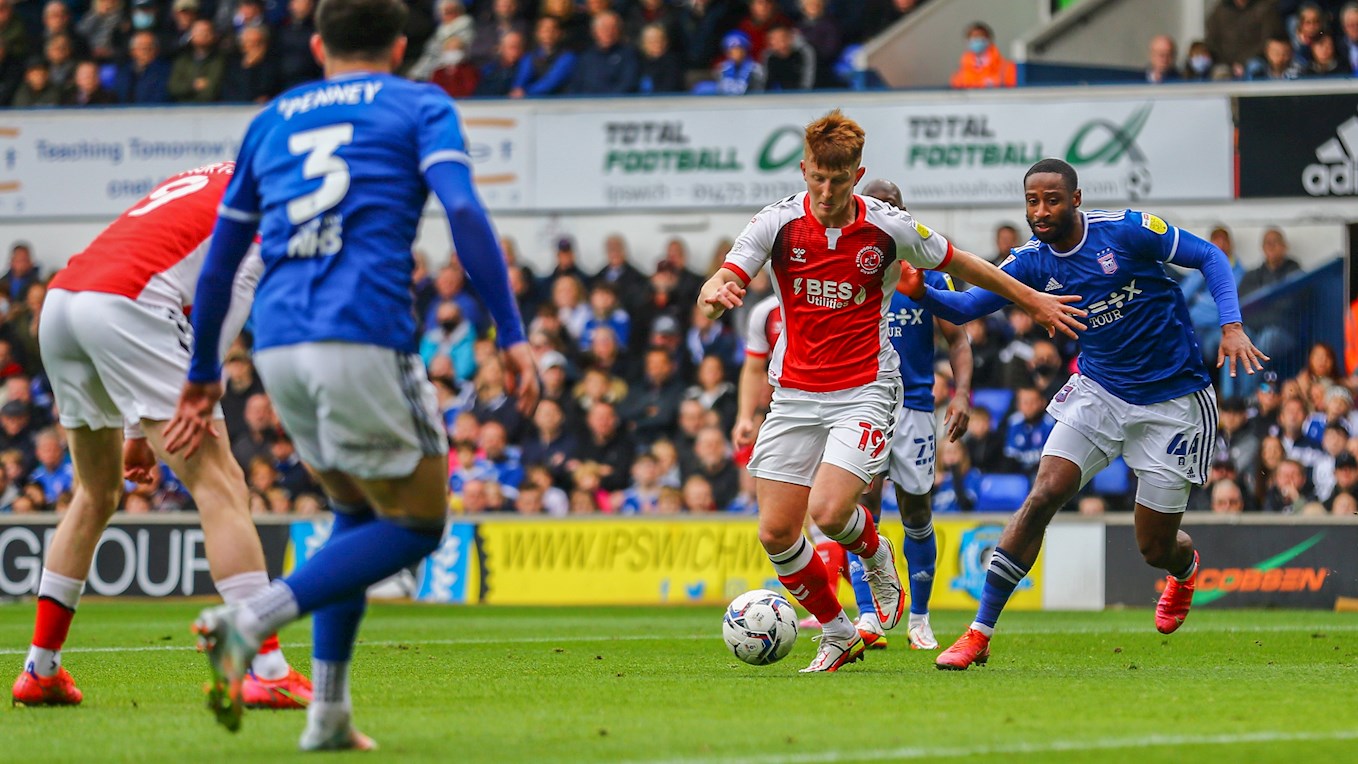 Assistant Head Coach Barry Nicholson spoke to the media ahead of Fleetwood Town’s Sky Bet League One clash against play-off hopefuls Ipswich Town at Highbury on Saturday. Here is what he had to say in his interview:

“Ipswich have got a good squad; they’ve got a lot of firepower at the top end of the pitch as they had Norwood up top with Aluko playing in the hole, with Celina and Chaplin on the bench and Piggott as well.

“They’ve got a real attacking threat on the pitch and it’s one we’ve got to look at, be aware of and try to block them out. On the other hand, we’ve got to try and play our stuff and hurt them going the other way.

“It will be different pressures on the day – they’re trying to reach the play-offs and we are trying to get away from the bottom end of the table so if both teams are at it at the weekend, it will be a good fixture. We’ve been doing well in games and have been a match for teams, but at the end of the day, you have to win games and we know that, so we have to turn those good performances into winning ones.” 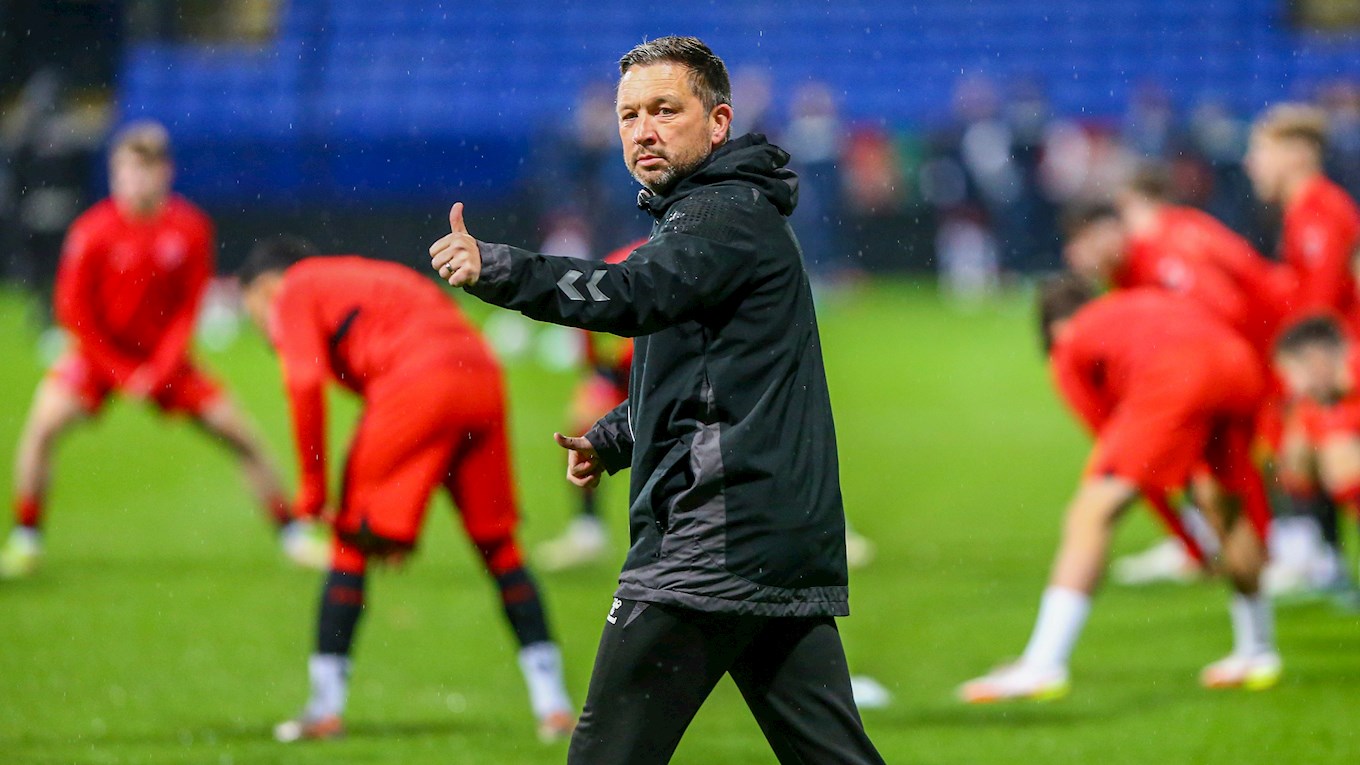 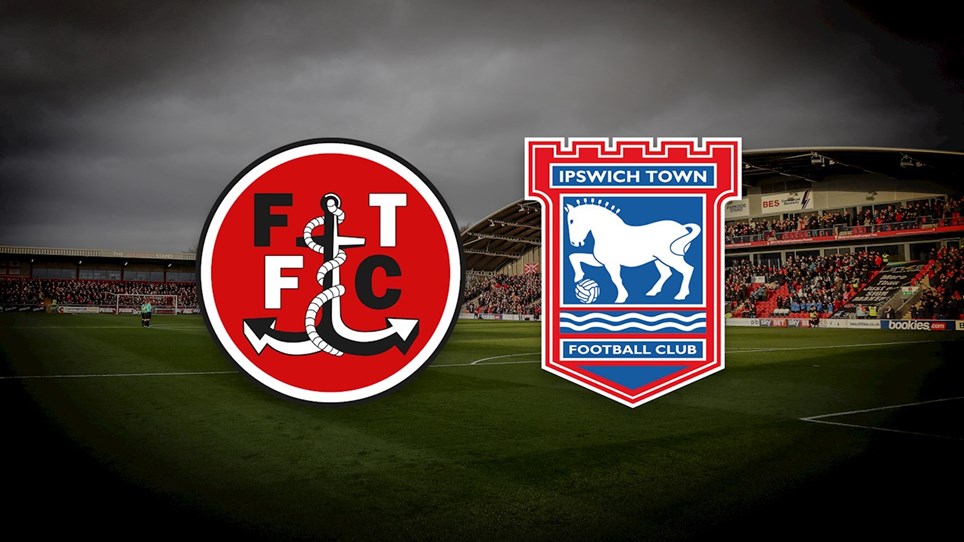 Fleetwood Town fell to a 2-0 league defeat to Ipswich Town at Highbury Stadium on Saturday afternoon.

A first half of few chances for either side left the scoreline goalless going into the break. In the second half, Ipswich’s captain, Samy Morsy opened the scoring in the 72nd minute for the visitors before Kayden Jackson doubled their lead minutes after as he slotted it past Cairns.

The first chance of the game fell to George Edmondson. Ipswich’s number five rose highest at the corner and produced a powerful header towards the goal, but thankfully it went wide of the mark.

A few minutes later Conor Chaplin found himself with a yard of space on the right-hand side of the pitch, which he used to cut inside and get an attempt off at goal, but it was nothing more than catching practice for Alex Cairns early on.

Carl Johnston, as he did on Tuesday night, had a lively start to the game. The midfielder was constantly getting on the ball and driving forward while trying to get Ellis Harrison involved in the game, but it wasn’t quite paying off for him in the first 20 minutes.

Danny Andrew was as threatening as ever going forward as he received the ball out wide on the edge of the box, he took a touch to set himself up and caused a problem for Walton who had to do get down early to deny the full-back from opening the scoring.

Fleetwood enjoyed a spell of pressure inside the opposition half where Andrew was involved once again, but his two attempted crosses from free kicks were slightly overhit.

Some superb defending from Clarke as he was at full stretch to deflect Joe Pigott’s well-struck effort wide of the goal. Town defended the corner well and any potential was relieved.

Another piece of fantastic defending, this time from Toto Nsiala, who stopped Kayden Jackson in the nick of time before the Ipswich man was able to get his effort off on goal.

Pigott managed to get his strike away this time and he very nearly put the away side in the lead in injury time of the first half. The forward’s effort rattled Cairns’ far post.

Andrew lofted a well-weighted cross into the box which found Clarke at the edge of the box – the centre-half perfectly struck a half volley which looked for all the world to be curling into the bottom right corner if not for Walton’s fingertips.

Town’s number five was the man to win the header from the resulting corner as well, but his header was just a bit too soft to worry Walton again.

Morsy gave the away side the lead after he latched onto the end of Wes Burns’ cut back from the byline – the midfielder slotted the ball into the bottom left corner.

Dan Butterworth almost made an immediate impact off the bench as Harrison played the winger through on goal but his attempted effort was blocked.

Shortly afterward, Jackson doubled the lead. Jackson was played in behind the defence and he placed the ball past Cairns to make it 2-0 on the day. 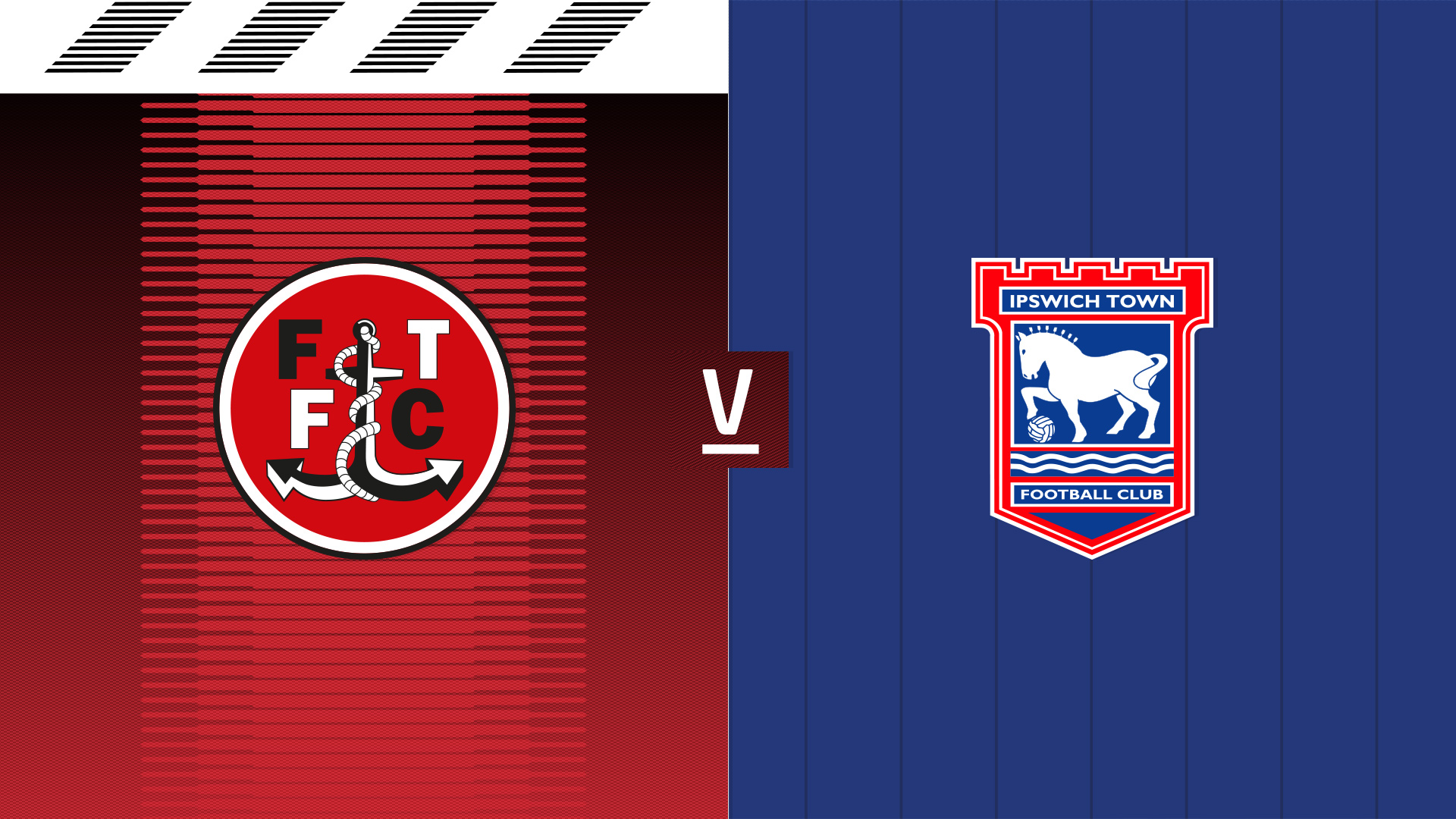 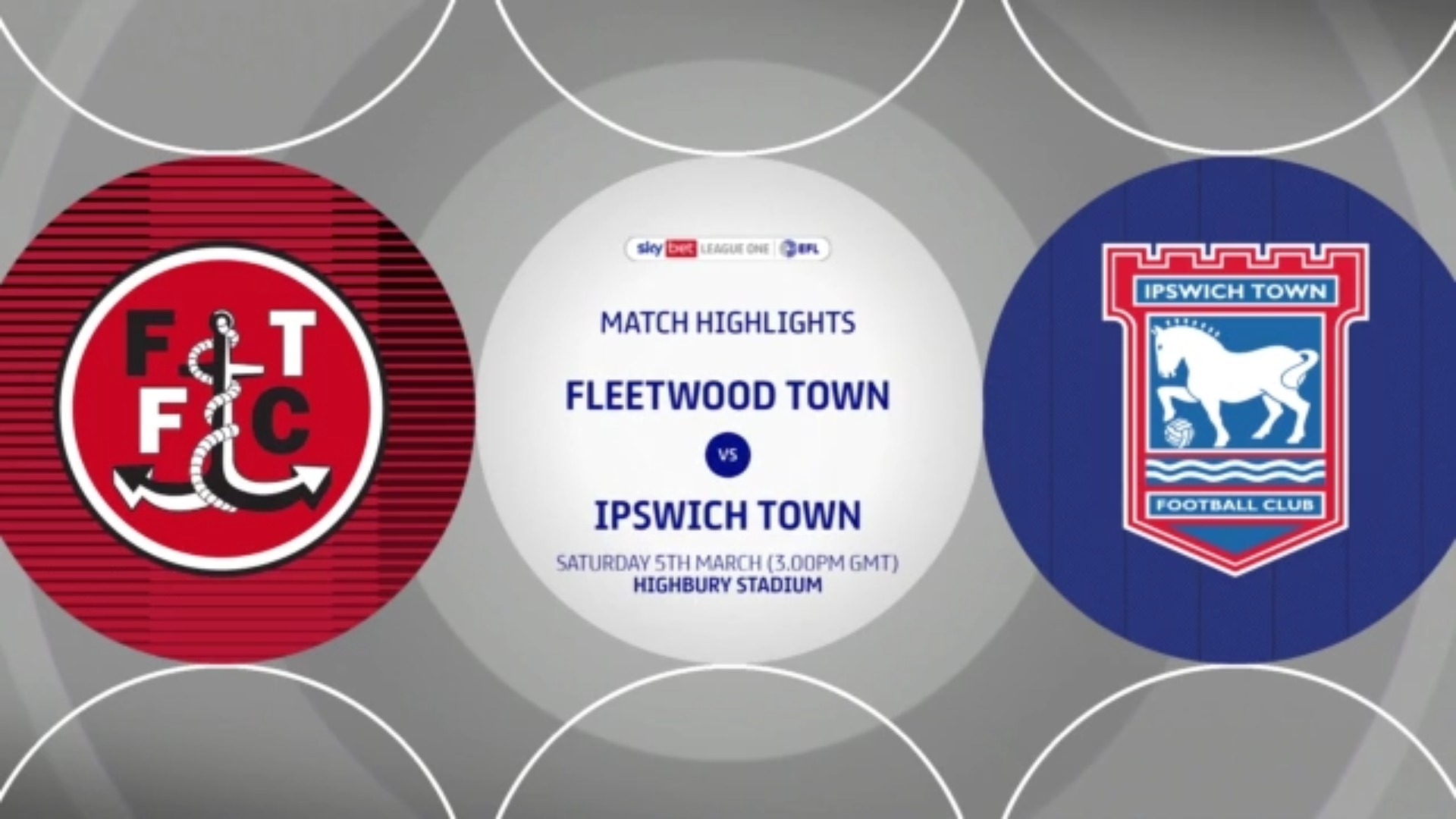 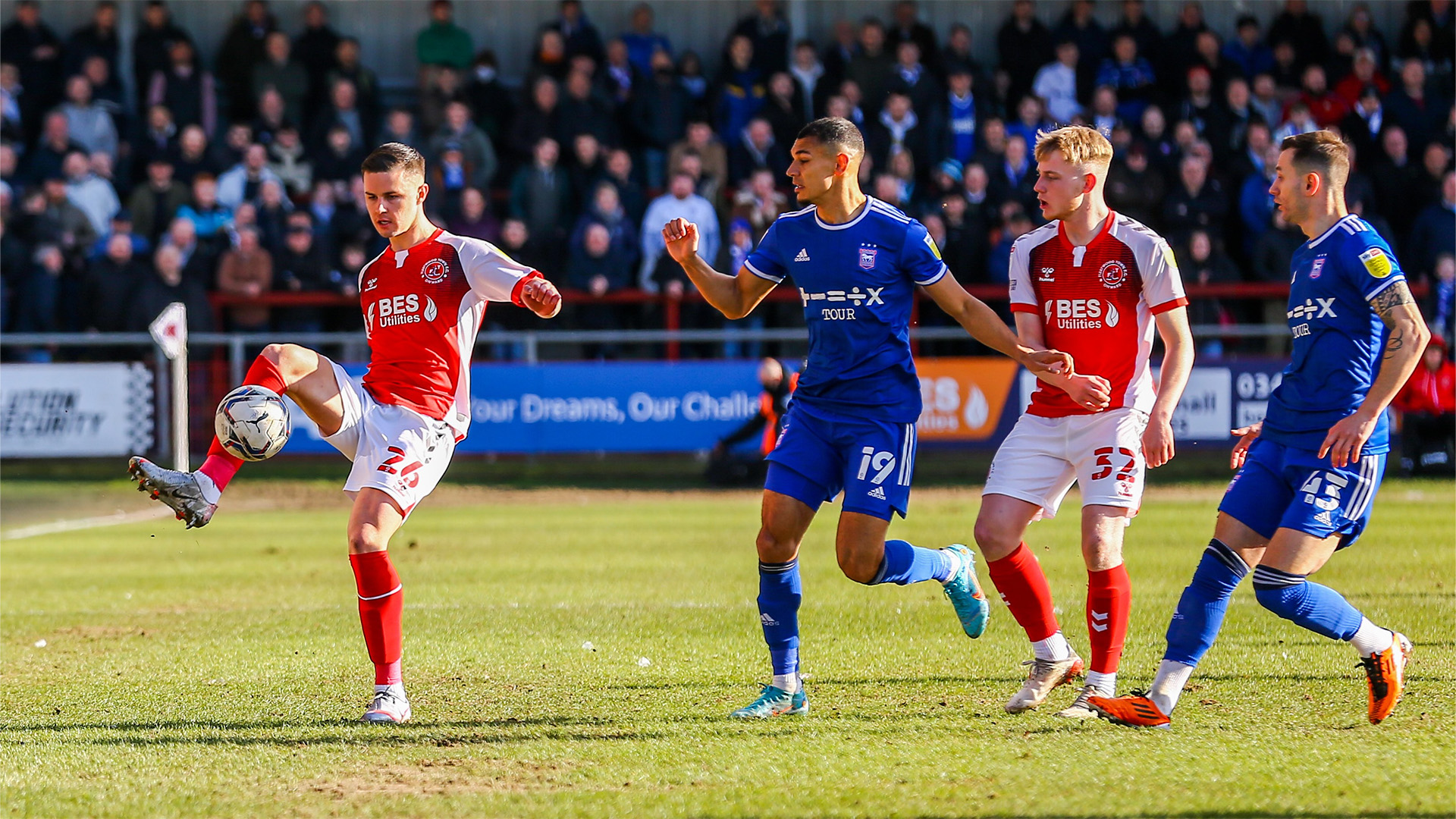