Fleetwood Town face Doncaster Rovers on Saturday 19 March at Highbury in Sky Bet League One, and we have all you need to know ahead of the 3pm kick-off in our match preview.

Town head into this clash against Doncaster ahead of a two-week period without games due to the international break, of which Paddy Lane has been called up to the Northern Ireland senior side for the first time.

In the last outing, it was last-minute heartbreak from Stephen Crainey and the lads as they travelled down south to take on Wycombe Wanderers. Even after what seemed to be a foul on Kieran O’Hara in the build-up, Jason McCarthy’s goal counted and was the difference in the 1-0 loss at Adams Park.

It was a close encounter against Burton Albion last Saturday which ended in a narrow 3-2 loss after another last-minute goal. Town took the lead thanks to an own goal and one from Dan Butterworth, but a late onslaught was the demise of Fleetwood as Oumar Niasse secured a brace, with Louis Moult grabbing the third on the day. 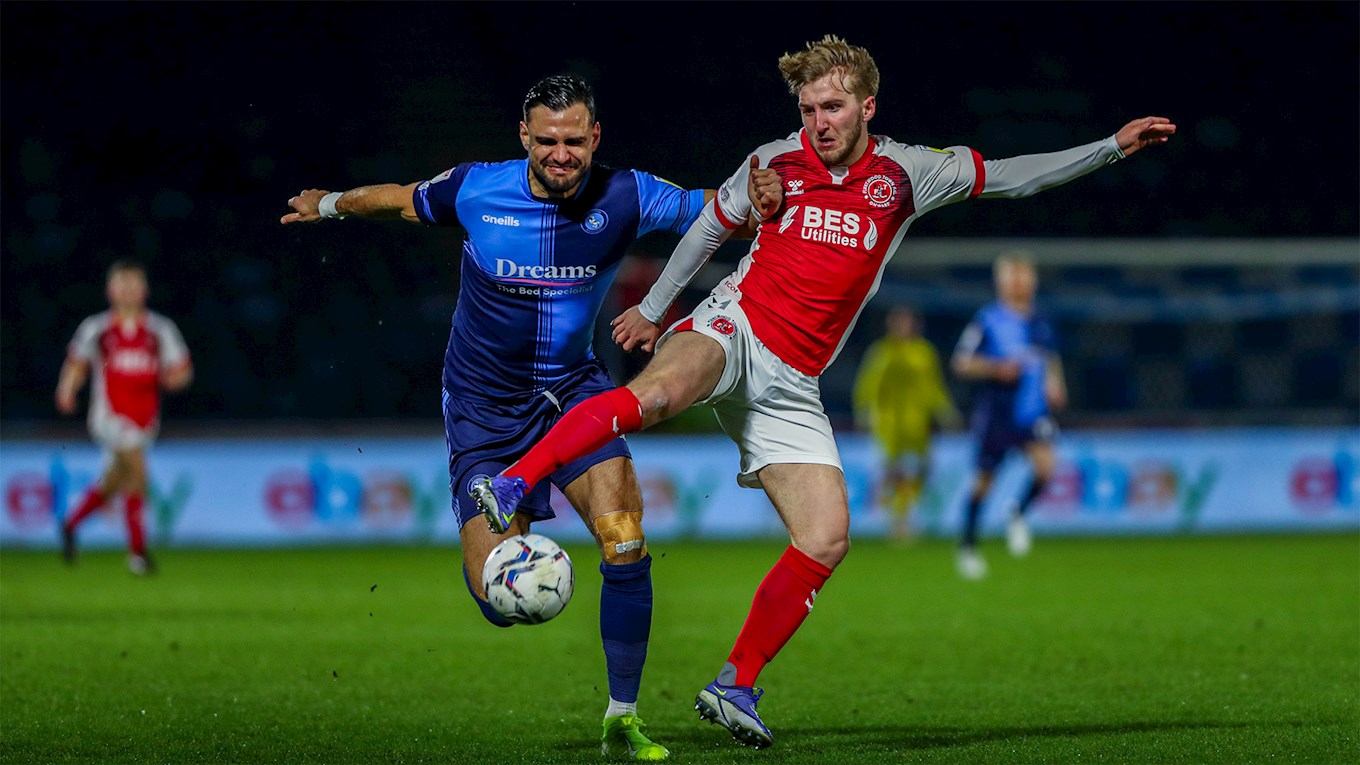 Donny, much like Fleetwood, are stuck in the battle at the bottom of Sky Bet League One, with the side for Yorkshire currently sitting in 23rd after their narrow loss to Gillingham last week.

A first minute goal from Charlie Kelman swung the clash in the Gills’ favour and even in the game before that, Rovers struggled on the road against Cheltenham Town, who beat them 4-0 thanks to goals from Alfie May, Ben Williams, and Matty Pollock.

Town have won the last four meetings between the two sides, with the last one ending in a 1-0 win for the Cods at the Eco Power Stadium at the start of the year. It was a tight game from start to end, but an Ellis Harrison finish secure the three points for Fleetwood to bring back to the Fylde Coast. 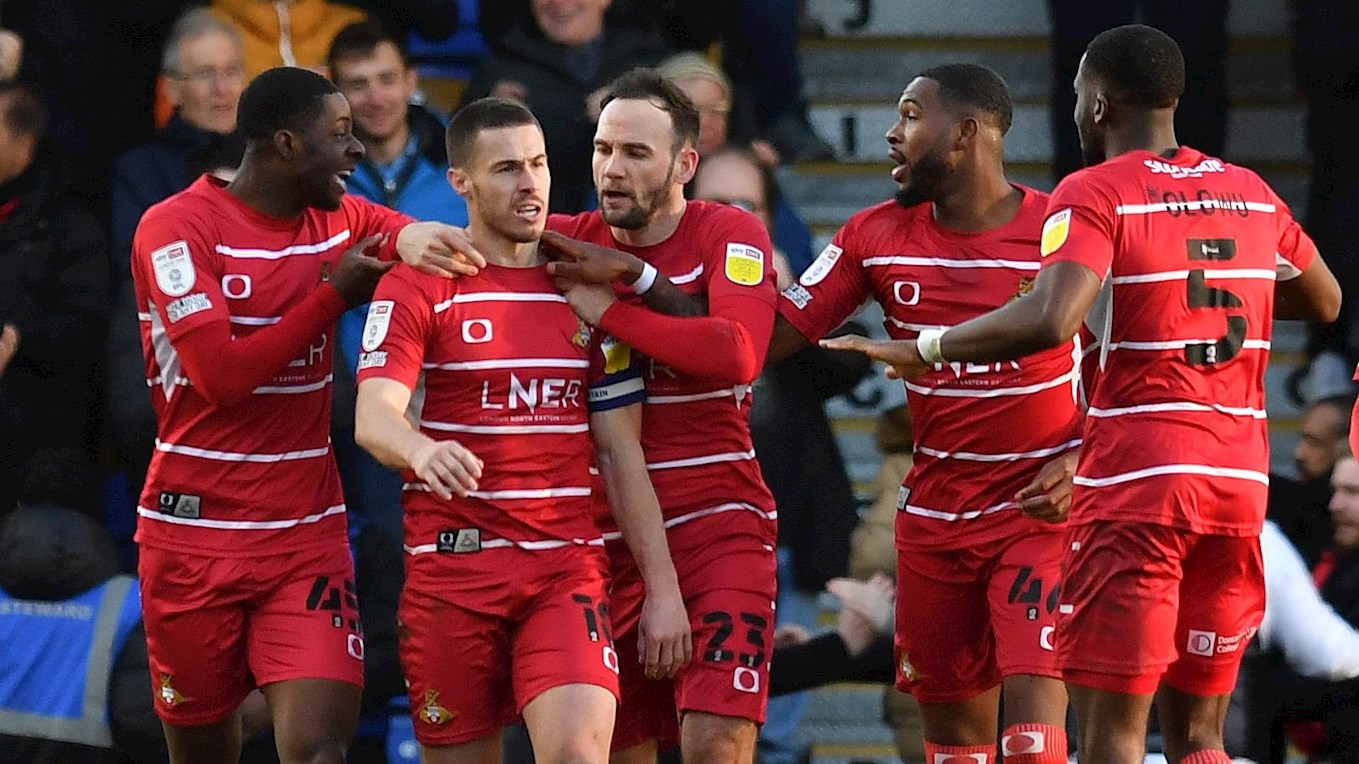 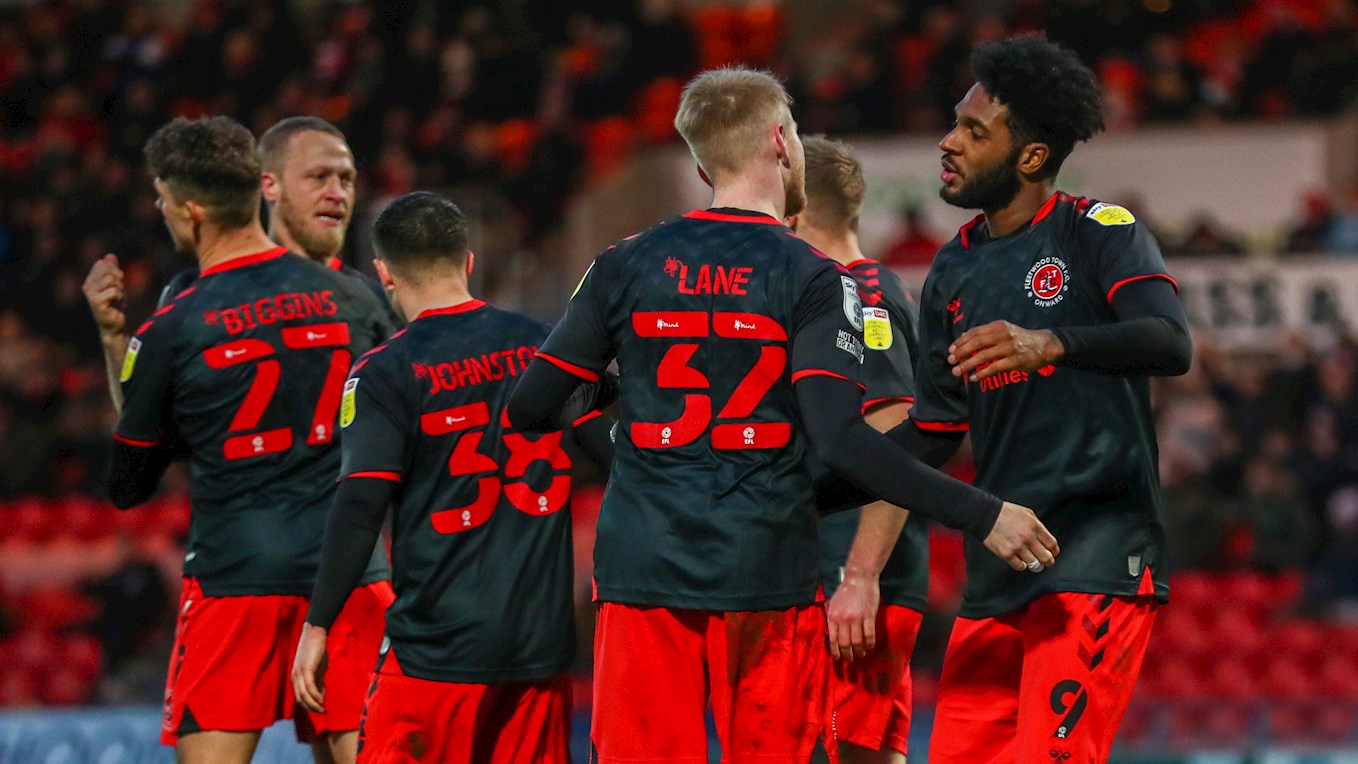 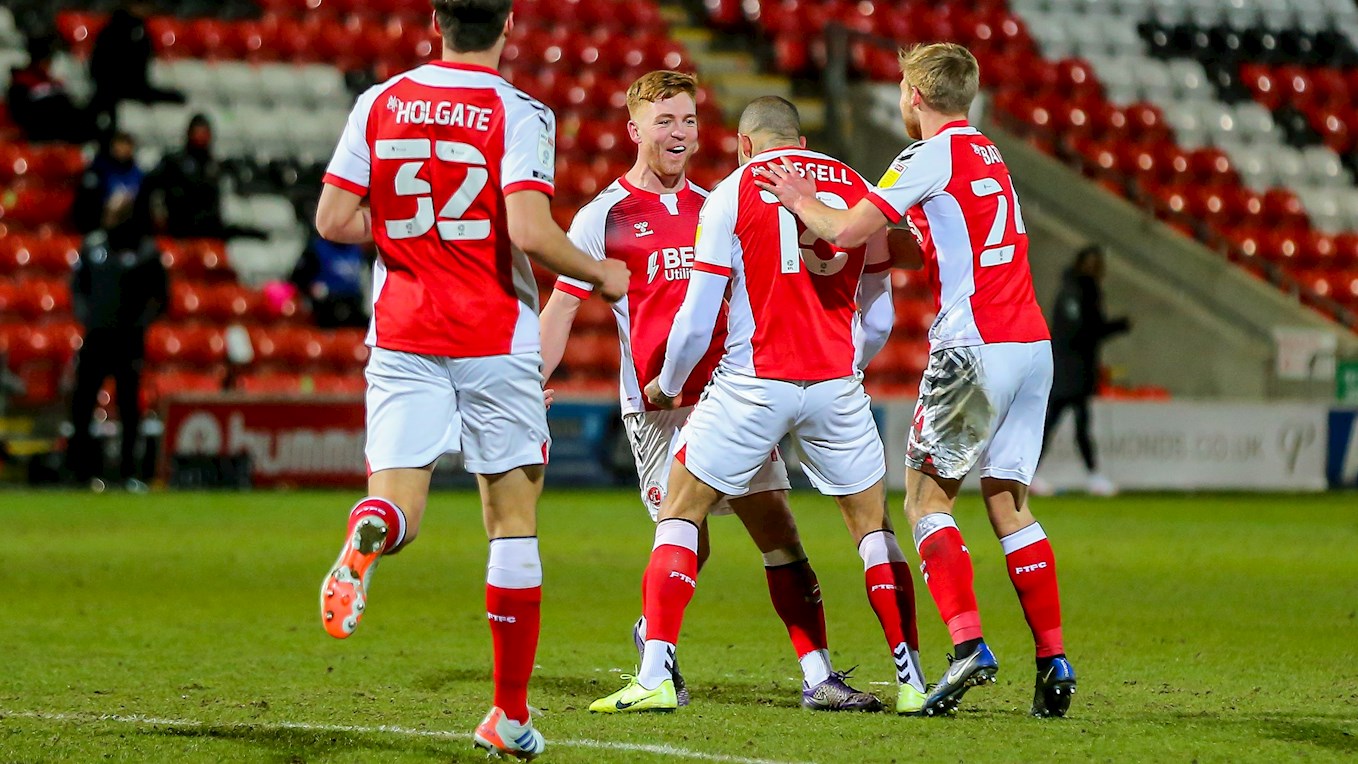 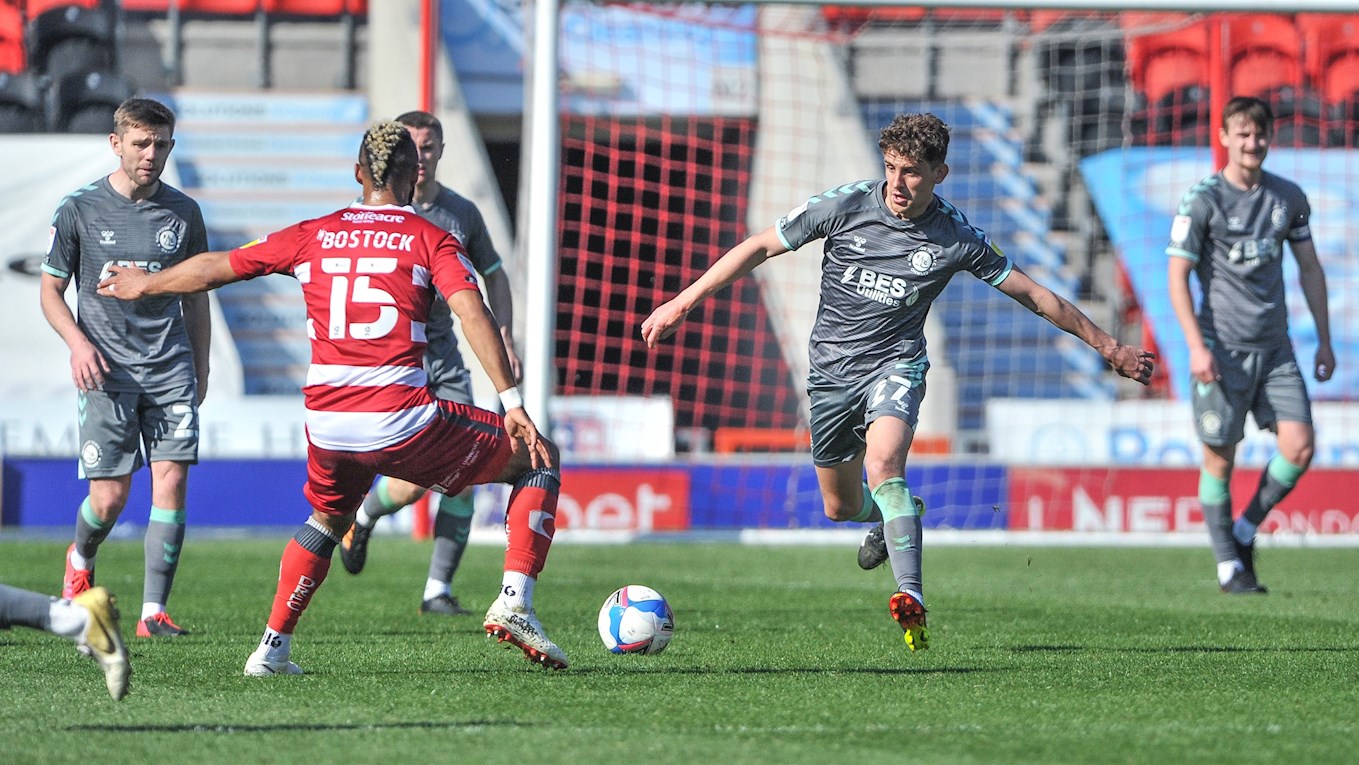 Head Coach Stephen Crainey sat down with the press on Thursday afternoon and previewed his side’s league fixture against Doncaster Rovers at Highbury. Here is what he had to say in his interview:

“They are a good side, Doncaster, and we know it’s going to be a tough game as there are no easy games in League One. It’ll be a test but, with the home fans back, I’m hoping they can push us over the line. I think wins are just around the corner, I believe that, and the group believes as well. We just need to go and get those wins now.

“We need to be at it from the word go on Saturday as Doncaster are fighting for their lives at the same time so it’s going to be tough, but I’m hoping that with the quality we’ve got, we can nick it and take the three points. We have no illusions of how hard it will be, and we are still going in confident, but not over-confident.

“We deserved to get something out of the Wycombe game, but we never did. That’s the reality of it but I’m sure that we can bounce back from it against Doncaster. Over the last four of five games, we’ve been playing well without getting any rewards and that’s the thing that has been frustrating. I feel wins are just around the corner and hopefully, that’s going to be Saturday.” 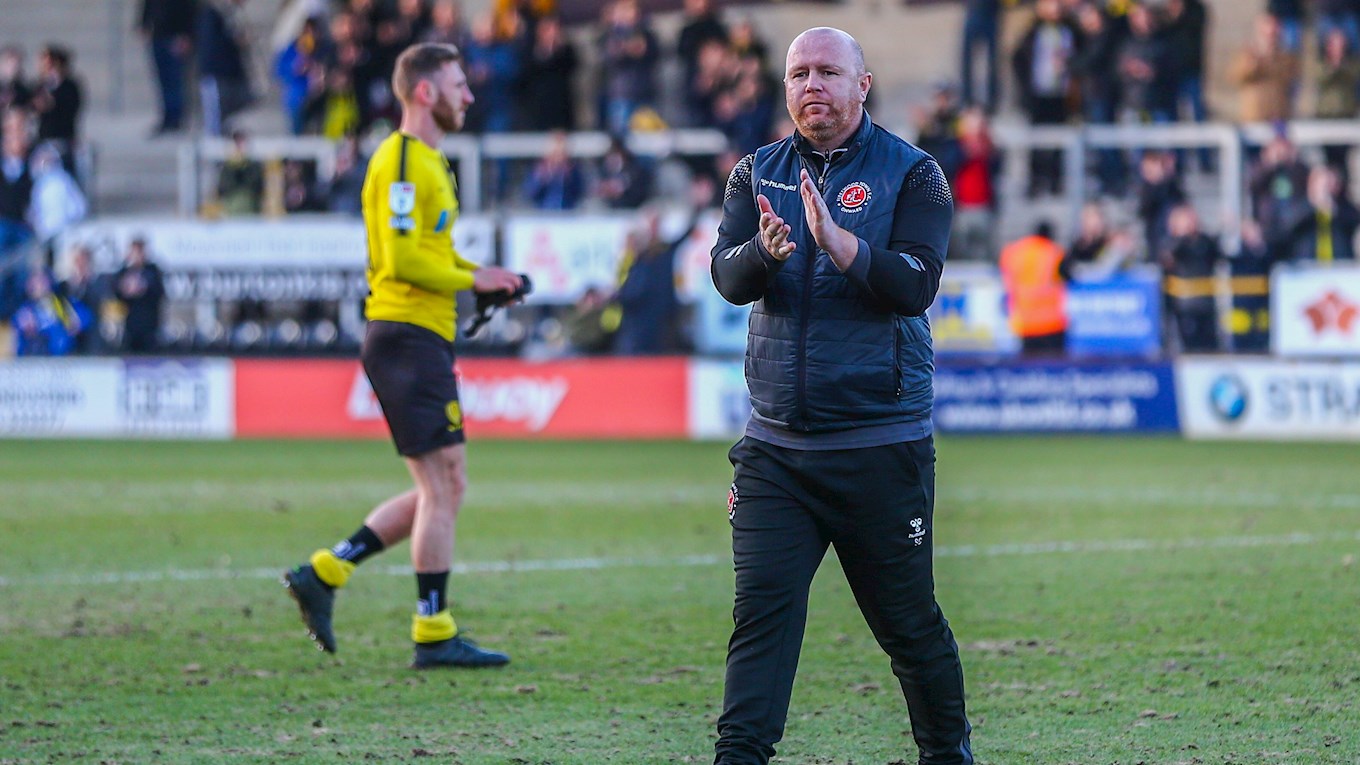 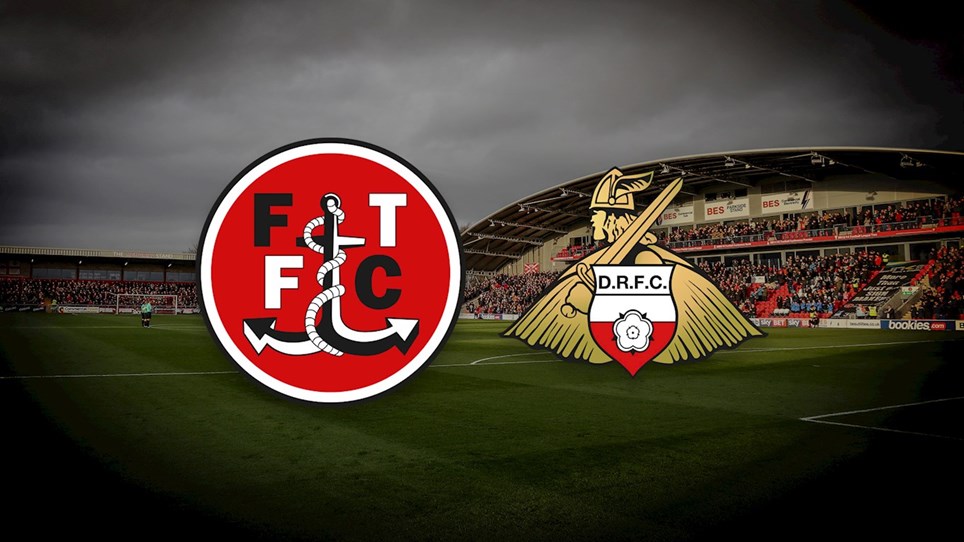 In a first half of limited chances, Cian Hayes’ effort that went just over the bar after a great solo run was the closed either side came to breaking the deadlock before half-time. Town dominated the second half but, despite their several great chances, they were unable to find that all-important winning goal.

Doncaster had the first chance of the game as Ro-Shaun Williams leaped the highest inside the 18-yard box but couldn’t direct his header low enough to test Kieran O’Hara.

Zak Jules, playing at left-back this afternoon, found himself driving forward early on and decided to try his luck from distance, but Johnny Mitchell wasn’t worried as he watched it fly wide of the post.

Town looked to take advantage of their extra man as the away side were temporarily a man short due to Kieran Agard going off injured. Hayes picked the ball up on the left-wing, immediately lifted his head up, and forced his way through the oncoming challenges – unfortunately, his effort from outside the box went only inches over the crossbar.

Once again, Hayes was causing real issues for the Doncaster defence as after he managed to stay up from the first tackle, he was clattered to the ground with the second, but the referee waved play on. Harrison Biggins collected the loose ball and tried to go alone, but his left-footed effort from a tight angle was held by Mitchell.

The home side enjoyed a spell of pressure, having switched sides, this time it was Paddy Lane on the left looking to cause trouble and he won his side a free-kick on the edge of the box – with Aidan Barlow earning a yellow card in the process. Dan Butterworth’s cross had just a bit too much on it for Lane at the far post.

Dylan Boyle was caught on the half-turn and Doncaster were able to counter, substitute Reo Griffiths was played in behind the defence which gave O’Hara the chance to make his first save of the game to keep the scores level.

Since switching wings Lane was able to get a lot more involved in the game, he cut inside driving along the 18-yard box before he eventually got his strike away on his right foot which went wide of the mark.

Hayes makes a darting drive towards the byline before getting his effort on goal away, which had to be tipped over the bar by Mitchell to deny the winger’s shot from hitting the back of the net.

Callum Johnson somehow found himself on the wing, never giving up on a ball that looked like it was going out for a goal kick and ended up winning his side a corner with his sustained pressure. Unfortunately, no red shirt was able to get on the end of the corner.

Town were looking threatening and second-half substitute, Callum Camps, was the man stood over the free-kick who whipped a teasing ball in, but it was dealt with by the away side – until Biggins retrieved the ball on the right-hand side of the box and lofted the ball to the back post where Jules appeared to be dragged down inside the box, but the referee gave the call the other way.

After an unfortunate ricochet, Ben Jackson was bearing down on goal with teammates in support either side of him, but he opted for a long-range effort instead and O’Hara got down well and comfortably kept hold of it.

Camps had been trying to make something happen ever since he entered the action and this time Biggins was the man to receive his pass through the line but his shot, which had Mitchell at full stretch went slightly wide of the post.

Moments later, in a very similar position, it was Hayes’ turn to try and curl it into the bottom left corner and if not for Doncaster’s shot-stopper getting a fingertip to it, it may have been nestling the inside of the net.

As Fleetwood continued to pile on the pressure, Lane was the man to deliver back-to-back set pieces, with the first of the two resulting in Mitchell being forced into a save.

This time, Lane was handed the opportunity to have a shot from free-kick as Camps won it on the edge of the box – the Northern Irish winger could only fire straight at Doncaster’s number 12. Ged Garner had the final chance of the game soon after, but his effort flew high and wide.

Tickets are on sale for Fleetwood Town's Sky Bet League One clash against Doncaster Rovers on Saturday (3pm kick-off) so why not buy yours today!

Next up for Stephen Crainey and the Cods is a home clash against Donny at Highbury and they will be in search of three vital points on the road. They will need your support - here are the ticket prices for the clash:

Book your seat in hospitality for this Saturday's Sky Bet League One clash against Doncaster Rovers at Highbury. Hospitality prices for the game are £65 for adults (Onward Card holders just £55) and £20 for Under-16s with Under-5s going FREE! 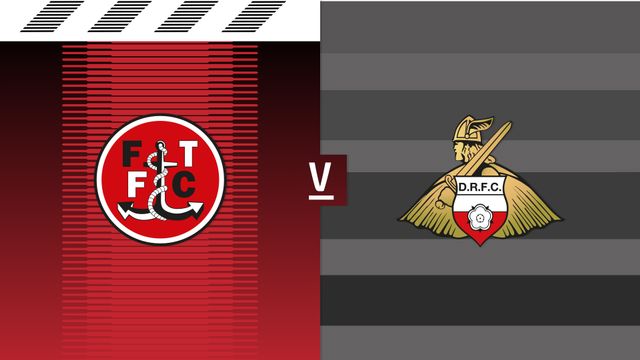 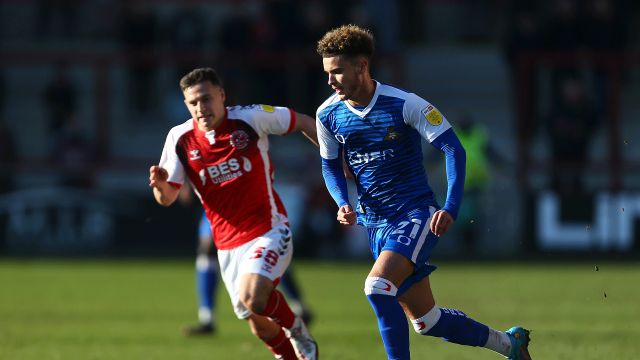