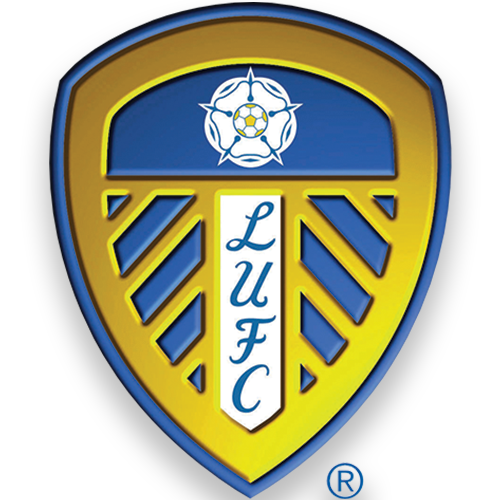 Fleetwood Town face Leeds United on Friday 30 July at Highbury in a pre-season friendly, and we have all you need to know ahead of the 7pm kick-off in our match preview. 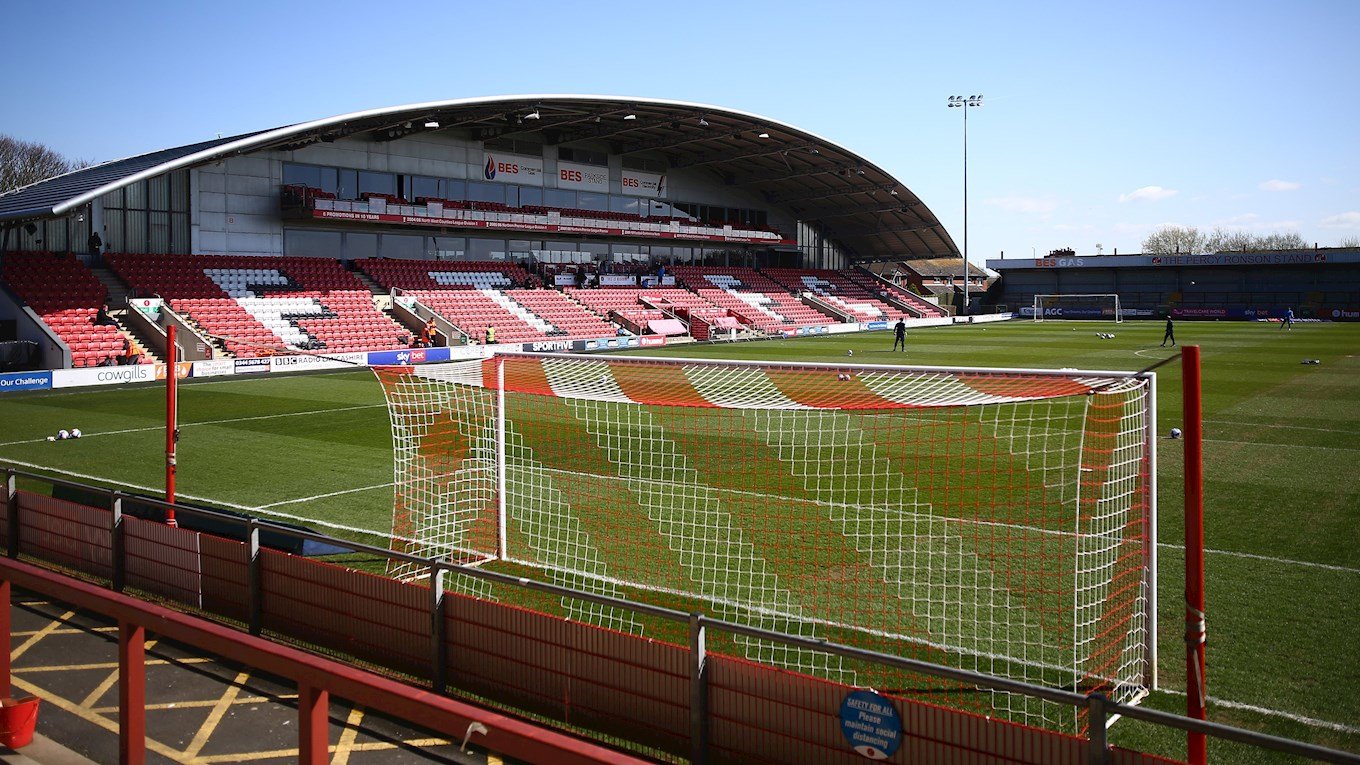 As The Cods carry on a very busy week in their pre-season preparations, they are set to welcome Marcelo Bielsa’s Leeds to the Fylde Coast for a Friday night after beating Championship side Huddersfield Town 2-1 on Tuesday night.

In the game before, Town finished their Scottish leg of their pre-season preparations with a goalless draw with double cup winners St Johnstone at McDiarmid Park. 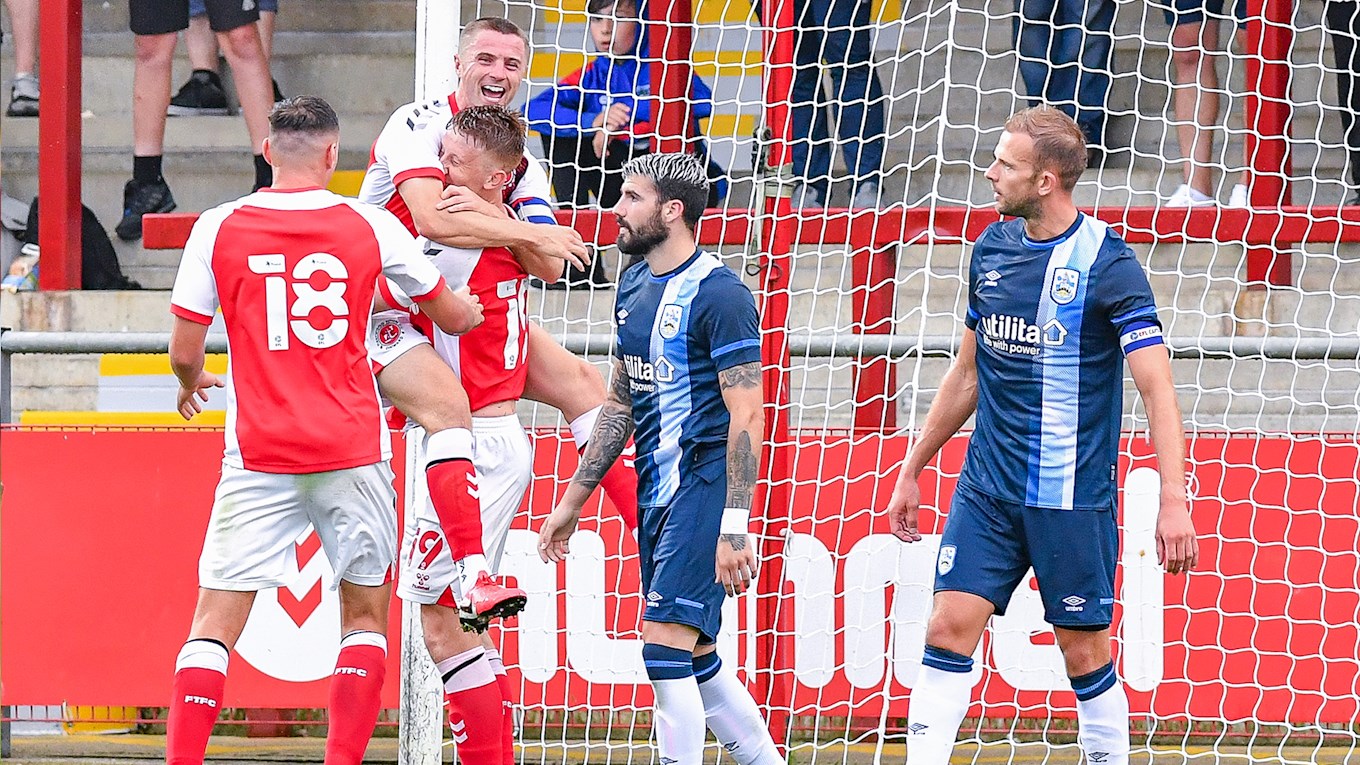 The Whites have played Guiseley AFC and Blackburn Rovers up to now, winning one and drawing one as they continue to improve their fitness ahead of the Premier League campaign getting underway next month.

Marcelo Bielsa’s side played out a draw last time out at Blackburn Rovers. Both goals in the match came in the second half, with Connor McBride striking for the hosts via a deflected free-kick, before central defender Pascal Struijk levelled for the Whites.

Before that, Leeds were given a hard test throughout by Guiseley in an away clash, but ended up winning on the night. Crysensio Summerville opened the scoring from the penalty spot, with Bailey Thompson equalising for the home side just three minutes later. Sam Greenwood regained the lead to The Whites, and Summerville added a third for the side late in the game. 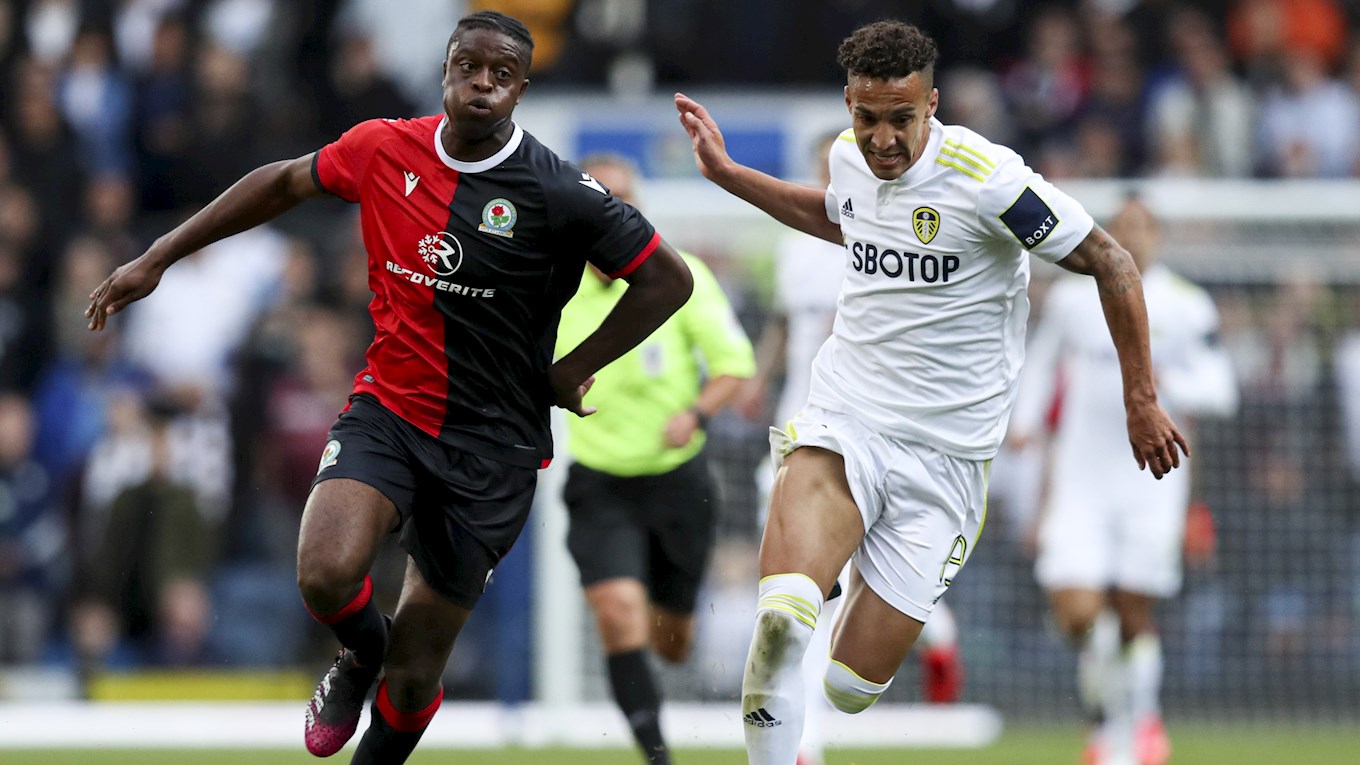 Head Coach Simon Grayson spoke to the club after his side came away 2-1 winners over Sky Bet Championship side Huddersfield Town on the return to Highbury on Tuesday. Here is what the gaffer had to say in his interview:

“It’s great to be back at Highbury and to have supporters here for the first time in so long, we are delighted with the result, but that’s not the first thing you pay attention to, we’re focusing on the way we played and how the players are implementing the ideas we have worked on both offensively and defensively. 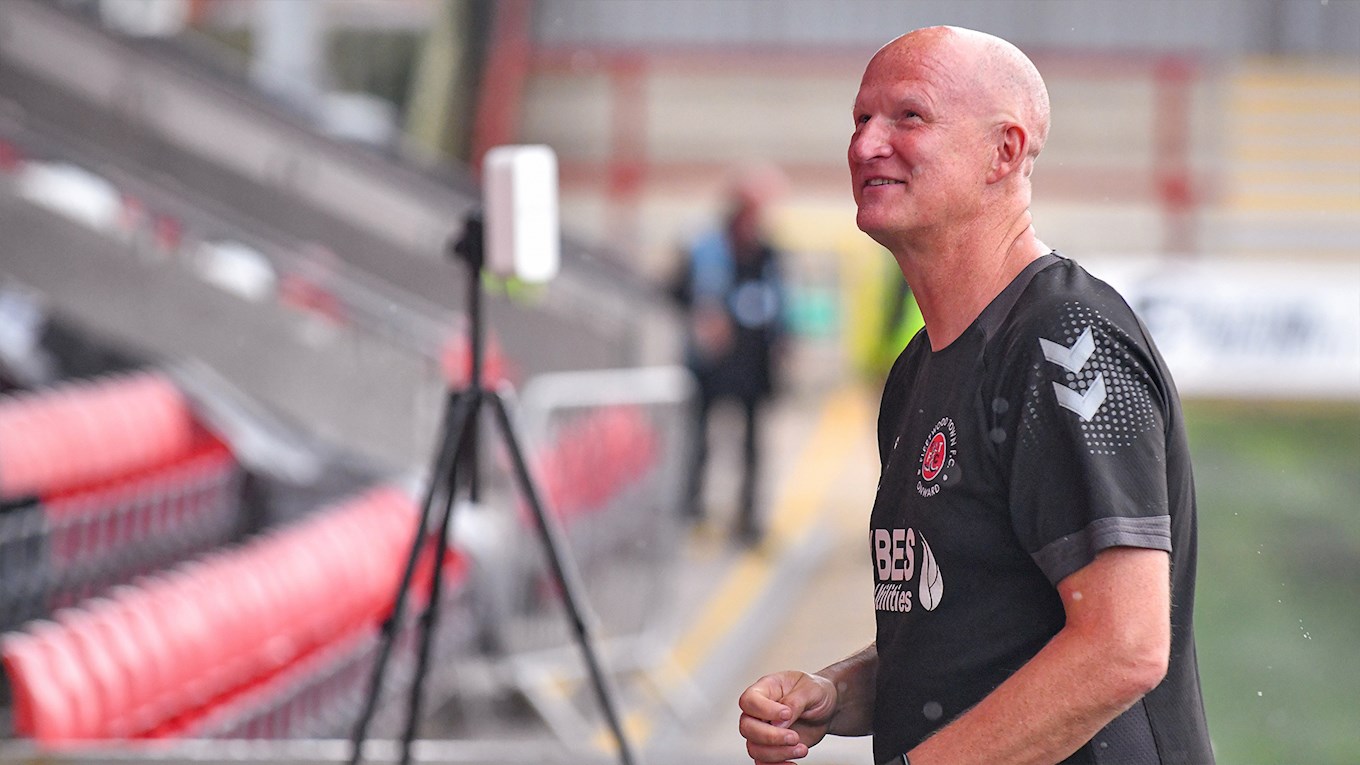 Fleetwood Town completed a comeback on Friday evening as they managed to come from behind to beat Leeds United 2-1 at Highbury.

The Whites’ captain Charlie Cresswell opened the scoring in the first half through a header but a second half spree of chances not only brought Fleetwood back into the game, but also put them ahead with goals coming from Shayden Morris and Ged Garner.

The first chance of the game only took three minutes to come as Danny Andrew stood over a free-kick on the right-hand side and curled it towards the top right, but it went just over the crossbar.

Four minutes later, Max Clark played in a free-kick - again from the left – with Tom Clarke rising highest, heading it back across goal. Harrison Biggins did well to collect the ball and feed in Clark, whose shot went high and wide of the target.

Alex Cairns was called into action in the 10th minute as Stuart McKinstry found a yard of space out on the right-wing, pushed the ball to his right and tried his luck, forcing a good save out of the Town goalkeeper.

Ten minutes later, a shaky back pass from the Leeds backline took Dani Van Den Heuvel off guard as his clearance went straight to Clark who tried to clip the ball into an open net, but the keeper managed to get back and stop the shot.

The deadlock was broken soon after as Cresswell jumped highest from a corner and nodded the ball into the ground, eventually beating Cairns at his near post.

Cairns pulled off a brilliant save on the next attack as Crysensio Summerville just managed to keep the ball in play after a James Hill interception, cut inside and strike the ball on goal, with Cairns having pull off a diving save to his left.

Town then went back down the other end just after the half hour mark and won themselves a corner. Clark whipped it into a packed box, but Biggins’ header went just over.

It was end-to-end until the half-time break, with Morris and Brad Halliday having chances for Fleetwood, and McKinstry coming close for Leeds as well.

The Cods had three gilt-edged chances just before the break. The first was started by Callum Morton nicking the ball off Cody Drameh, before playing it across to Halliday, then Biggins, whos struck over from close range. Straight after, Callum Camps was through one-on-one, but his effort went wide of the mark.

Then, Morris stormed down the wing, playing Jordan Rossiter in 10-yards out, whose shot went wide of the mark, with Morton just out of reach of the missed shot.

With the first chance of the second half, Town drew level as Morris chased down a lobbed through ball, which the Leeds goalkeeper thought he had under control, but Morris nicked it off him and calmly finished to make it 1-1.

A crazy set of events happened at the hour mark as Rossiter was brought down in the box, earning Town a penalty, of which substitute Garner stepped and slotted home.

Fleetwood almost made it three just after as Anthony Pilkington found Paddy Lane in the box, who laid it off to Garner in the box, but his acrobatic finish was saved by Van Den Heuvel. Seconds later, Pilkington hit the post with a header, then Garner’s follow-up strike went just wide.

Highbury will be at full capacity for the clash against Marcelo Bielsa’s side and you can book your place by getting your ticket for the game today - click HERE for our online ticket store! 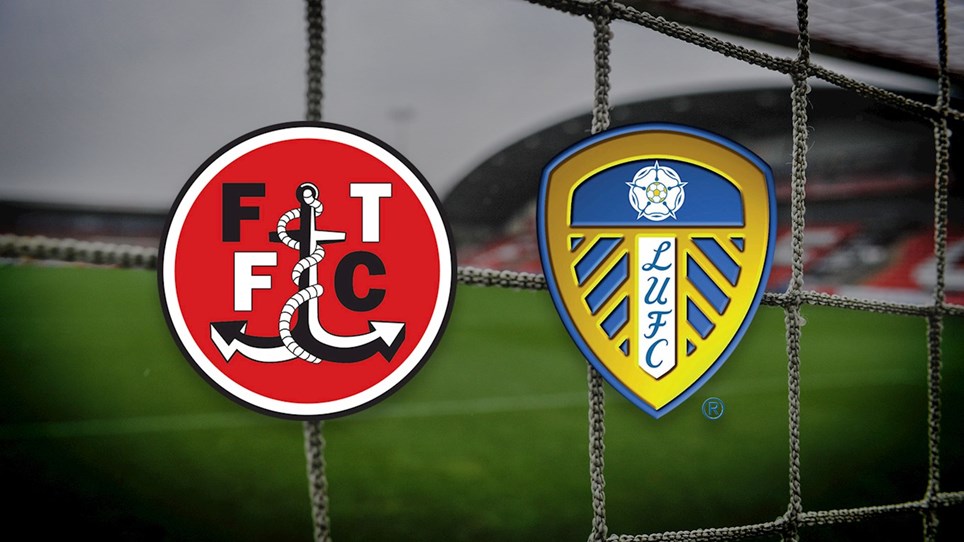 Tickets for home friendly against Leeds United now on sale


Tickets for Fleetwood Town's pre-season friendly with Premier League side Leeds United, to be played at Highbury Stadium on Friday July 30 (7pm k/o), are on now on sale.