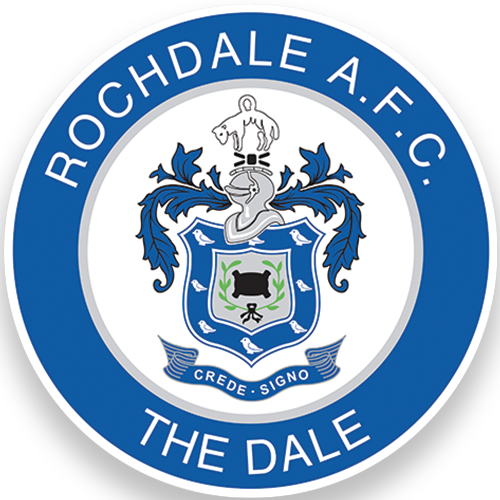 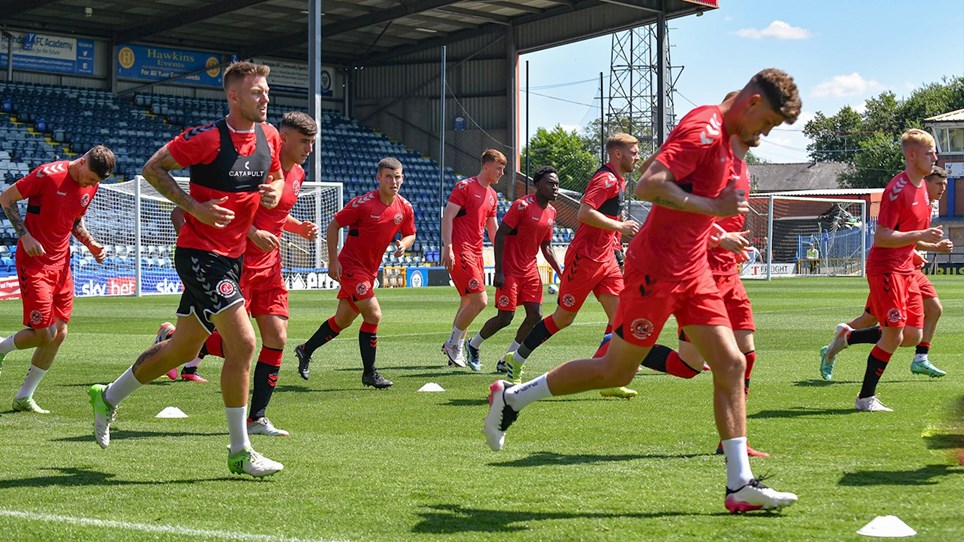 
Head Coach Simon Grayson has named his line-up for Fleetwood Town's pre-season friendly against Rochdale at the crown Oil Arena. 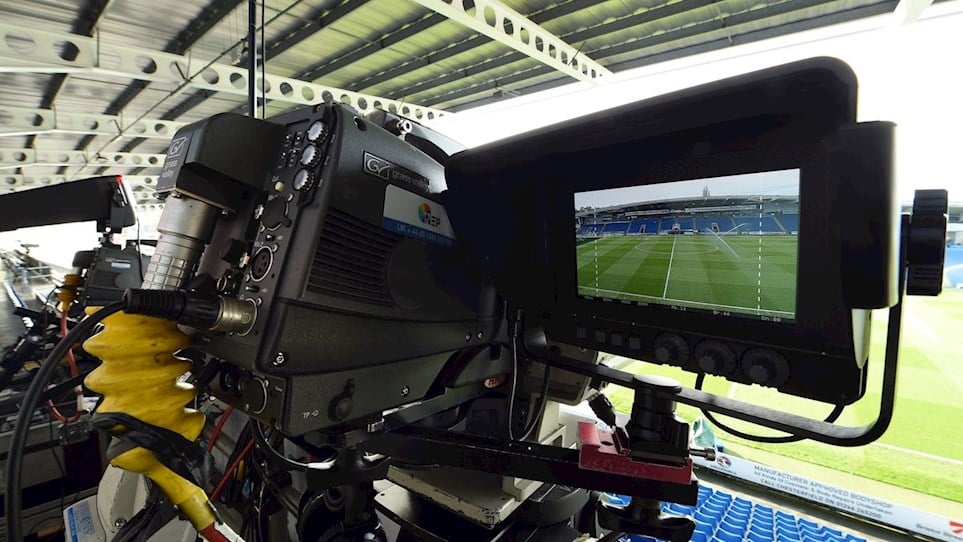 Rochdale pre-season friendly to be live streamed on YouTube


Fleetwood Town’s latest pre-season friendly against Rochdale is set to be broadcast live on the opposition’s official YouTube channel.

Ryan Edmondson stepped off the bench to score two goals as Fleetwood Town’s pre-season trip to Rochdale ended in a 3-3 draw.

The Cod Army went behind in the first half when Stephen Dooley fired home for the hosts. It didn’t take long for Town to react after the break when Danny Andrew’s dazzling freekick found the back of the net.

The Dale regained a two-goal advantage however a late double from Ryan Edmondson, including neat volley for the equalizer, ensured the game finished level.

Ollie Rathbone had an early effort for the hosts inside the opening minutes when he unleashed a strike towards goal from distance. However his shot sailed over Alex Cairn’s goal.

After winning the ball back in midfield, Alex Newby made his way to the byline before cutting the ball back to Dooley on the edge of the area, who forced Cairns into a smart one handed save.

Moments later, Dooley opened the scoring for Rochdale. After receiving Rathbone’s ball over the top, the winger fired home from inside the penalty area.

Town had a chance to level the score when Ged Garner found space on the edge of the area. His shot was tame and was deflected behind for a corner which came to nothing.

Shayden Morris’ deep cross found Max Clark at the back post, but his ball back across goal was intercepted by the Dale defence. The Cod Army began to find their feet in the game and threatened a number of times in the wide areas but were just unable to make that final, killer pass.

After a string of passes in the middle of the park, Dan Batty picked out Jordan Rossiter inside the box but he couldn’t divert his header towards goal.

Just before half time, Town came close to levelling the score when Morris’ venomous strike from outside the box called Jay Lynch into action, forcing him into a diving save to his right.

Just after the break, the Cod Army found a deserved equaliser. After Harrison Biggins was fouled 20 yards from goal, Andrew stepped up to the freekick and curled a sublime effort around the wall into the top corner, leaving the goalkeeper with no chance.

Minutes later, Fleetwood came close to taking the lead. After driving into the final third, Paddy Lane tried his luck from outside the area, but his low, driven shot flew just wide of the post.

Rochdale took the lead on the hour mark when Beesley rose highest to meet Newby’s cross – heading the ball past Cairns.

After forcing the ball through the Town backline, the hosts came close to adding another when Jordan Scanlon struck the crossbar from close range.

Fleetwood pull one back with seven minutes to go when Carl Johnston drove down the right hand side before cutting the ball back to Edmondson who slotted the ball home.

In the 87th minute, the Cod Army found an equalizer when Chiekh Thiam found Ryan Edmondson on the penalty spot who volleyed home his second of the game with just minutes to go.

Barry Baggley came close to finding a winner when his late freekick was clawed behind by substitute goalkeeper Brad Wade to preserve the draw for his side.


Head Coach Simon Grayson has named his line-up for Fleetwood Town's pre-season friendly against Rochdale at the crown Oil Arena.

Rochdale pre-season friendly to be live streamed on YouTube


Fleetwood Town’s latest pre-season friendly against Rochdale is set to be broadcast live on the opposition’s official YouTube channel.