Fleetwood Town face Stoke City on Tuesday 10 August at bet365 Stadium in the first round of the Carabao Cup, and we have all you need to know ahead of the 7:45pm kick-off in our match preview. 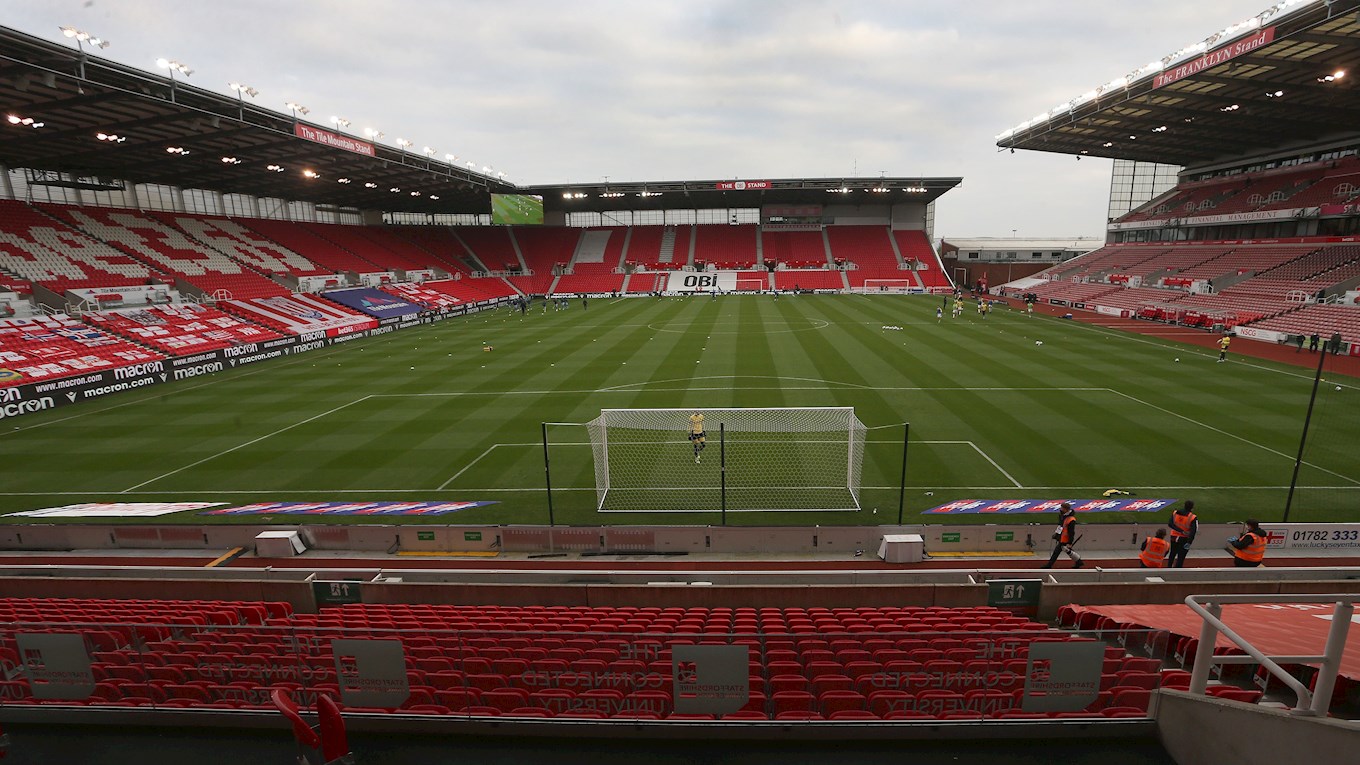 Simon Grayson’s side started out their Sky Bet League One campaign at Highbury on Saturday and were unlucky to lose on the day, after dominating the play for most of the game.

The Cods started out the game strong creating multiple gilt-edged chances, forcing saved out of the Portsmouth goalkeeper but it wasn’t meant to be as the only goal of the game came from a driven shot by Lee Brown.

During pre-season, the Cods went unbeaten after winning four and drawing one of their five games. The latest of those was against Leeds United, again at home, which finished in a 2-1 victory to Town.

The Whites’ captain Charlie Cresswell opened the scoring in the first half through a header, but a second-half spree of chances not only brought Fleetwood back into the game but also put them ahead with goals coming from Shayden Morris and Ged Garner. 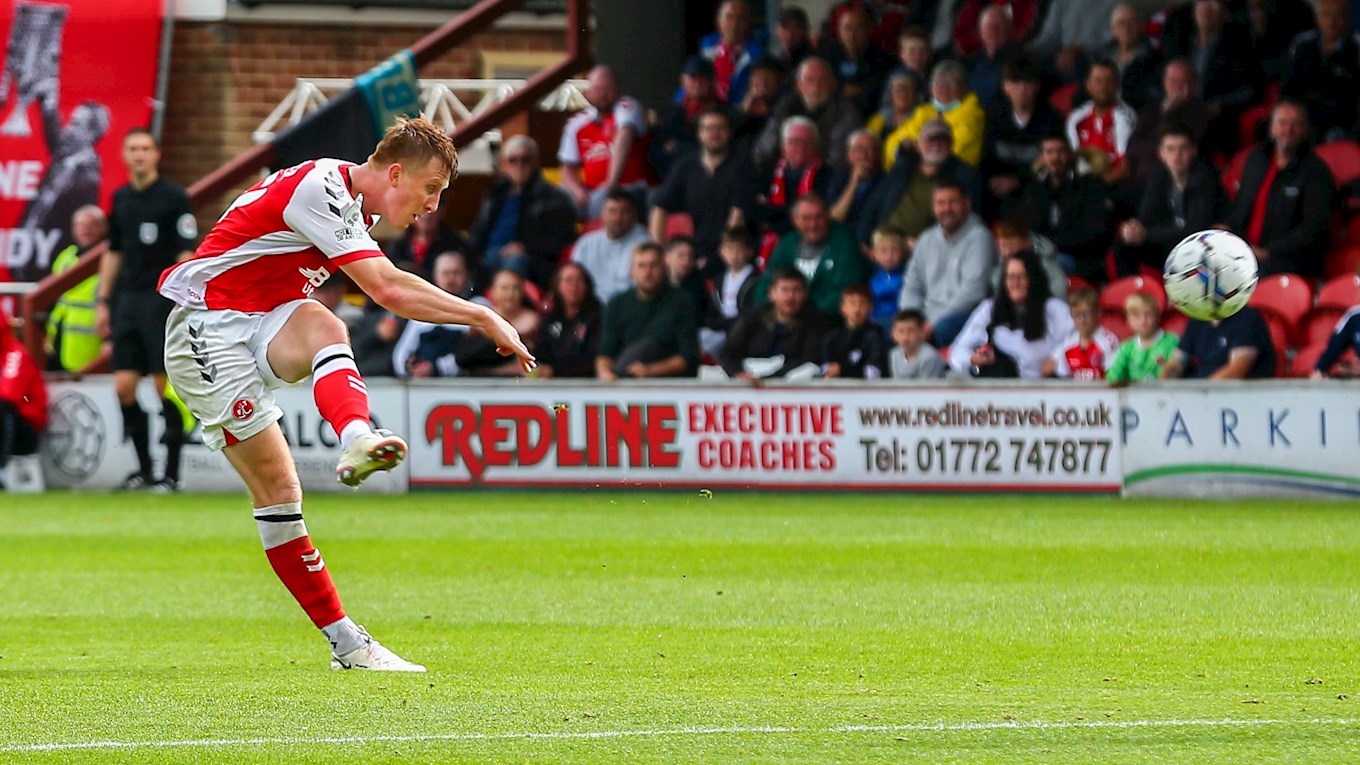 In an eventful game at the bet365 Stadium, they had to take the lead on three occasions to secure all three points. Nick Powell opened the scoring early on, only to have John Swift cancel it out 60 seconds late. An instant reaction happened as Jacob Brown put Stoke back into the lead seconds later to cap off a dramatic three-minute spell.

Defender Liam Moore drew the game level on the hour mark for the second time in the game, which led to a tense last 30 minutes in Staffordshire, but Sam Surridge accepted the challenge as he put one past the Reading goalkeeper with five to go – earning the win for his side.

In the game before, The Potters finished off their pre-season schedule with a 1-1 draw against Premier League side Wolves, where Raul Jimenez found the back of the net, cancelling out Danny Batth opener. 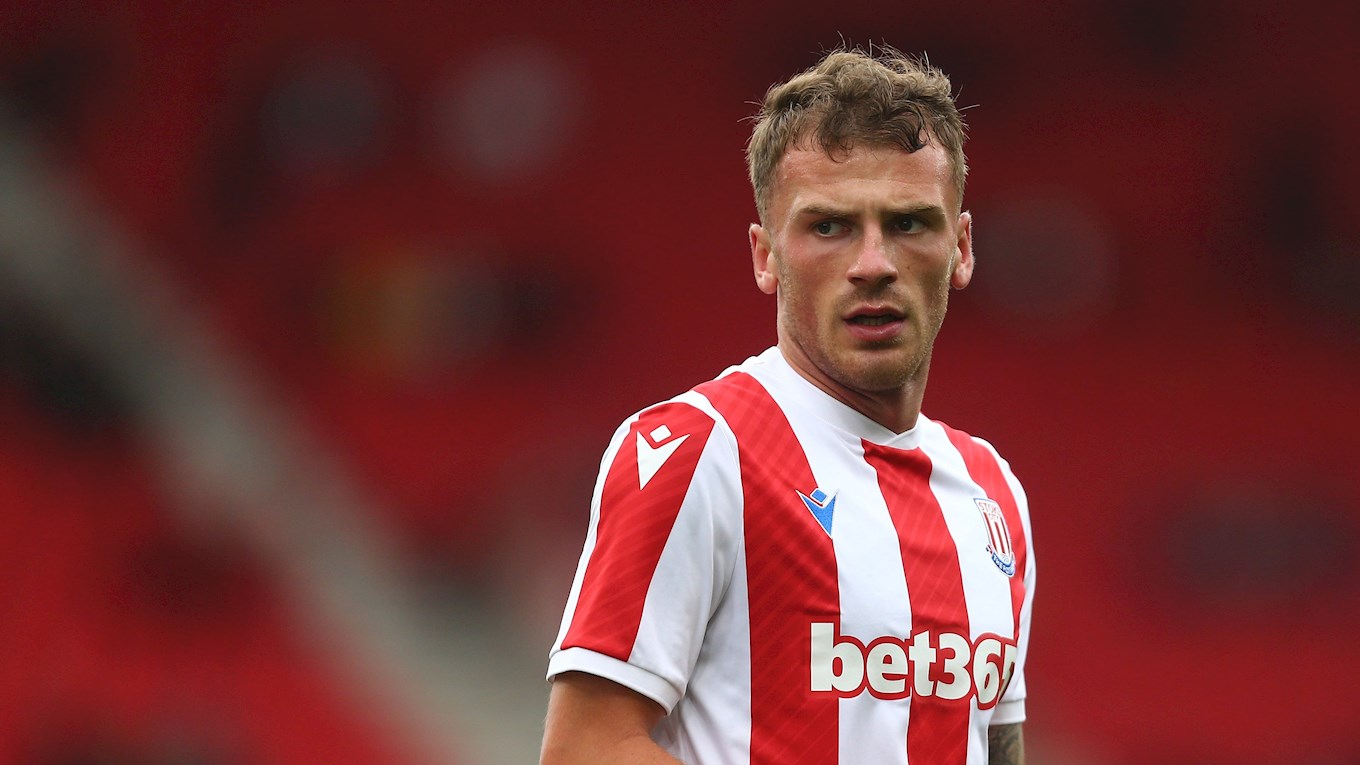 Head Coach Simon Grayson spoke to the press after his side’s opening league fixture against Portsmouth at Highbury on Saturday and previewed Town’s cup clash against Stoke City. Here is what the gaffer had to say in his interview:

“You always go into these cup games unaware of what they are going to be. Are they going to make many changes as the Championship side? We are going there as underdogs and will do everything in our power to try and secure a place in the next round of the competition if possible.

“We had a really strong bench available against Portsmouth, with the likes of Dan Batty available for selection now. You saw Callum Camps, Ryan Edmondson, Anthony Pilkington, Darnell Johnson, and Harrison Holgate around him so there are plenty of options for us to utilise come Tuesday night.” 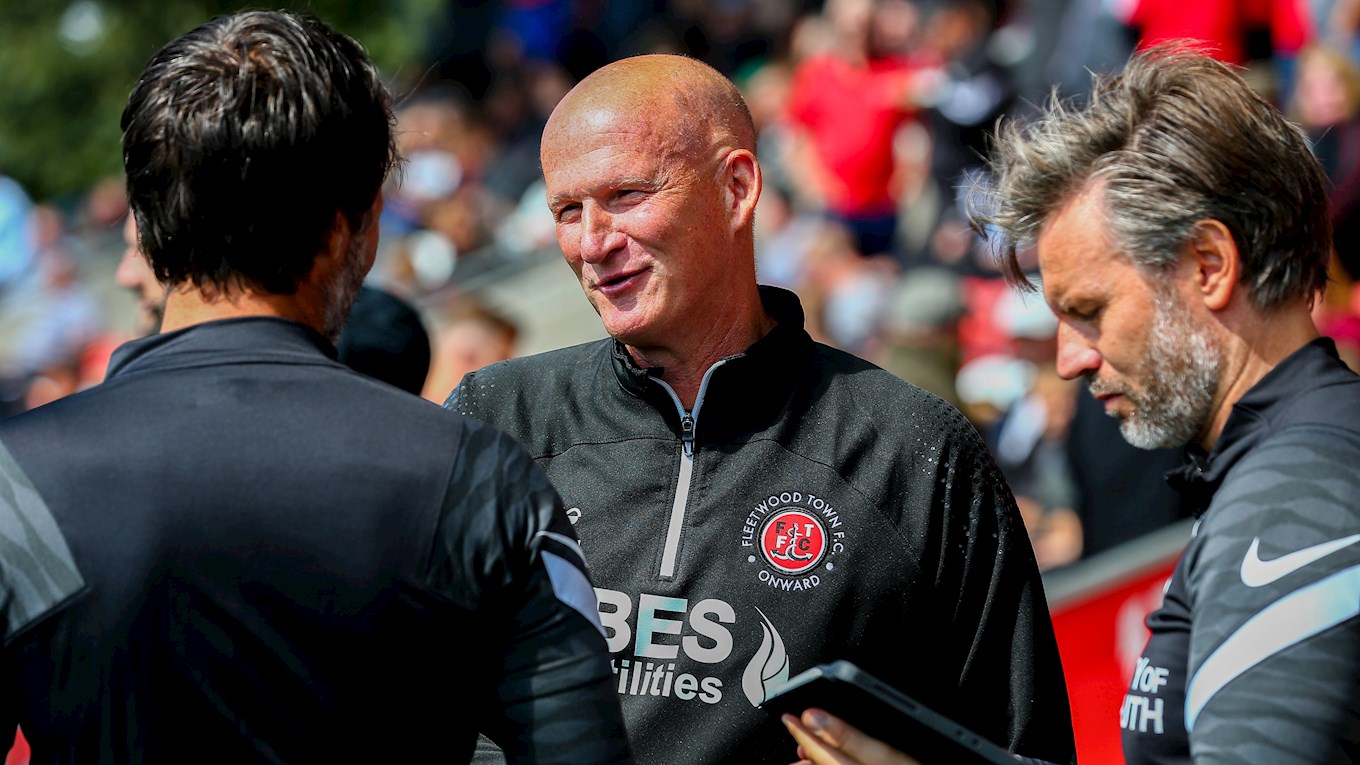 Someone who all the Cod Army will recognise from the Stoke set up in defender Harry Souttar, who spent 18-months on loan with The Cods and was part of the 2019/20 League One play-off side.

A fans’ favourite when at Highbury, the 22-year-old was ever-present, having made 52 appearances across all competitions during his time on the Fylde Coast.

During the 2019/20 season, he found the back of the net three times, netting on the opening day of the season, and then a further two times against Doncaster Rovers and Portsmouth respectively. 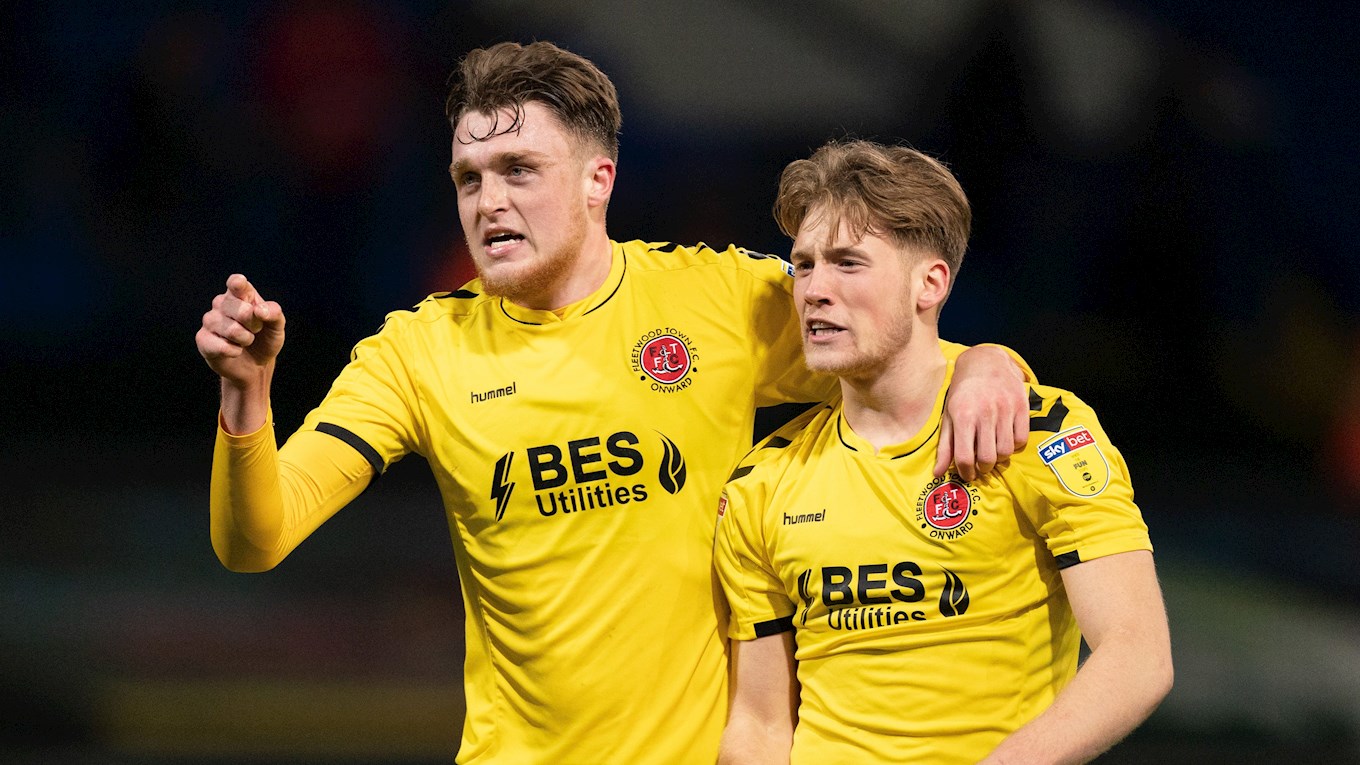 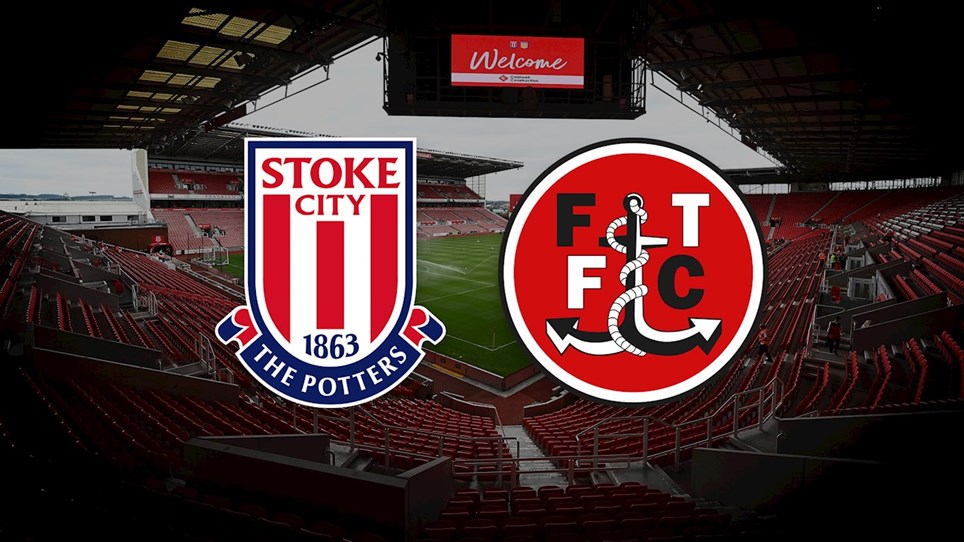 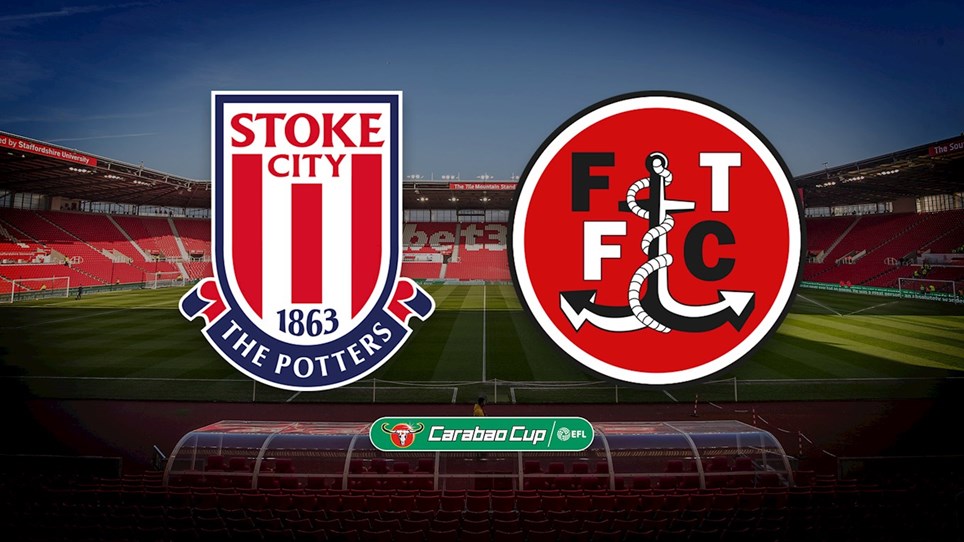 
Fleetwood Town can confirm our Carabao Cup Round One fixture against Stoke City will take place at the Bet365 Stadium on Tuesday 10 August, with kick-off at 7:45pm.

Fleetwood Town fell to a 2-1 defeat to Stoke City in the opening round of the Carabao Cup at the bet365 Stadium on Tuesday night.

The hosts had the first chance of the game four minutes into the game as Alfie Doughty’s cross towards the back post was met by the head of Jacob Brown, whose header was off target.

It looked like Jay Matete was about to have Town’s opening effort when he won back possession 25-yards from goal when his effort flew just wide of the post, but the referee pulled play back for an earlier foul.

Minutes later, the Cod Army had the chance to break the deadlock when Anthony Pilkington’s defence-splitting pass played Callum Camps through on goal, put a last-minute challenge from Souttar deflected the ball behind for a corner.

Just before the break, Tom Ince drove down the right flank before cutting onto his right foot. He crossed into the six-yard box, finding Surridge who fired home to give Stoke the lead.

In a closely contested start to the second half, the game was starved of chances until the 54th minute when Ince worked his way past Max Clark inside the area but fired just over the bar.

The Cod Army pushed for an equaliser when Pilkington found space on the edge of the area. His strike called Davies into action who kept the home side’s lead intact.

Steven Fletcher latched onto a defensive error, calling Cairns into action. The Town stopper pulled off a superb reaction save from close range with his feet to keep his side in the game.

The hosts doubled the deficit when former-Cod Souttar lost his marker on a corner before heading home to add to his side’s tally.

Town had a chance late on as substitute Callum Morton was found by a curled through ball by Camps, who then worked his way past his marker and forced a near-post save from the Stoke goalkeeper.

The final chance of the game came just after Danny Andrew's free-kick 25-yards out, which Davies having to save his strike on goal, as Morton crossed the ball into a packed box, which was turned into the goal by a Stoke defender.


Fleetwood Town can confirm our Carabao Cup Round One fixture against Stoke City will take place at the Bet365 Stadium on Tuesday 10 August, with kick-off at 7:45pm.

Simon Grayson’s side face the Sky Bet Championship outfit on Tuesday 10 August (7:45pm k/o), with the club facing The Potters in competitive action for the first time in history.

A special discount has been arranged for Onward Card holders to encourage as many as possible to make the trip to the Potteries.

*No tickets will be available on the night* 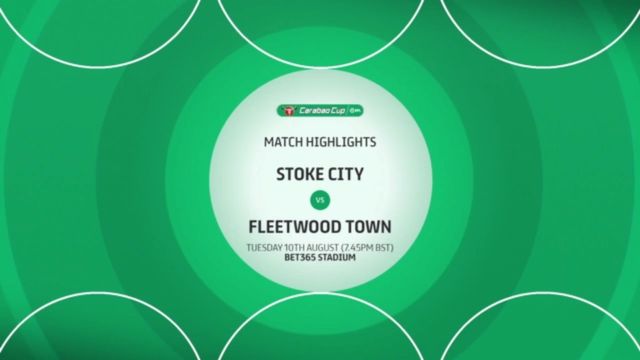 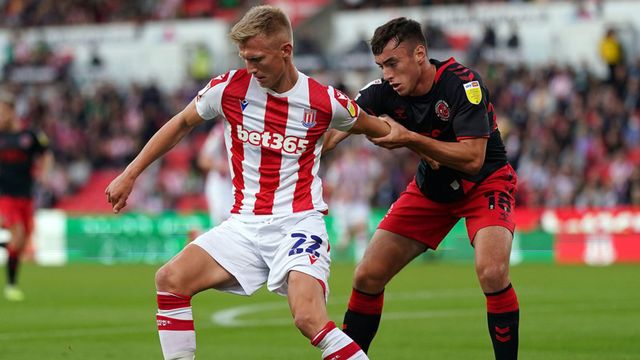