Fleetwood Town face Lincoln City on Saturday 14 August at the LNER Stadium in a Sky Bet League One fixture, and we have all you need to know ahead of the 3pm kick-off in our match preview. 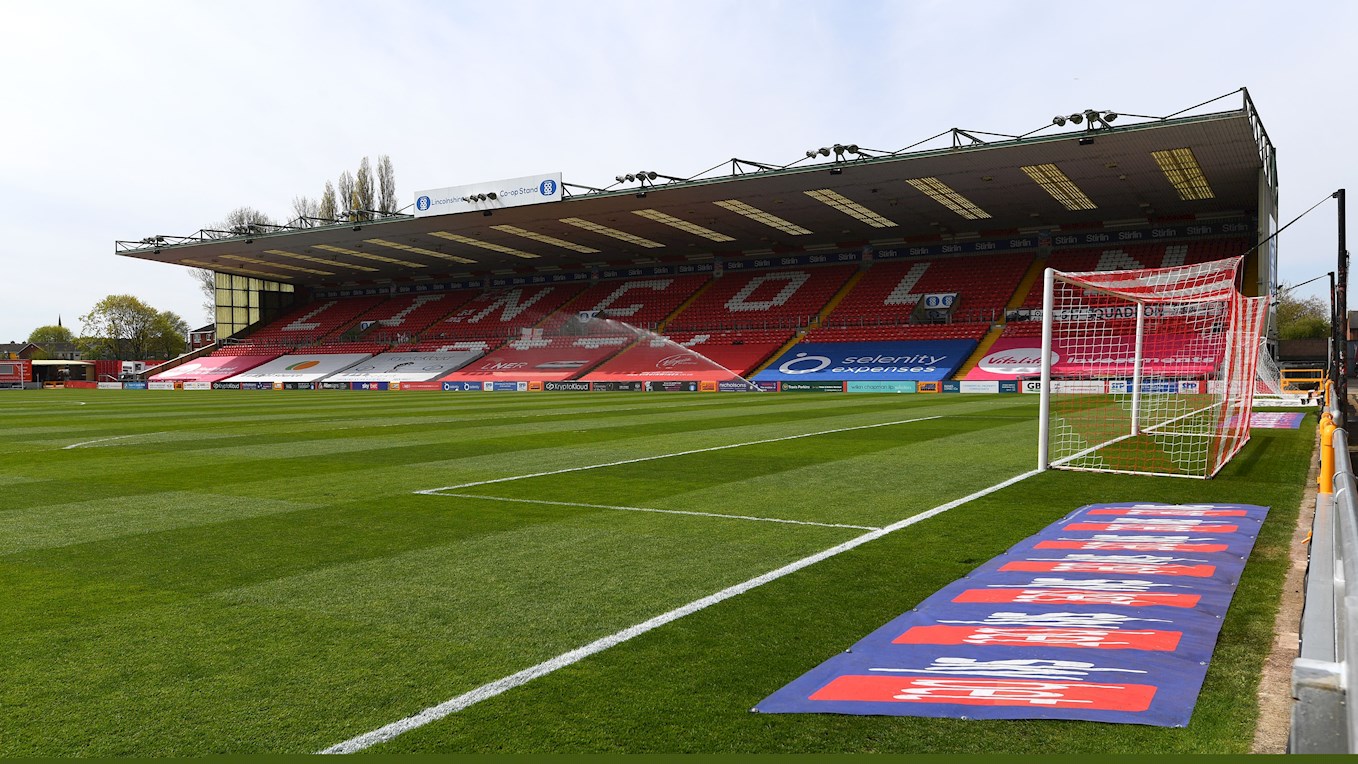 The Cods are in search of their first three points of the season, with their next opponents being Michael Appleton’s Lincoln City on Saturday.

In their last outing, Fleetwood fell to a 2-0 defeat to a strong Sky Bet Championship side in Stoke City meaning the side were knocked out of the Carabao Cup in the opening round. On a tough night in Staffordshire, Town were trying to break through the host’s backline, which featured former-cod Harry Souttar, but it was the opposition who managed to find the back of the net on two occasions through Sam Surridge and Souttar.

Before that, Simon Grayson’s side were unlucky to lose on the opening day of the league season, after dominating the play for most of the game against Portsmouth at Highbury. The Cods started out the game strong creating multiple gilt-edged chances, forcing saved out of the Portsmouth goalkeeper but it wasn’t meant to be as the only goal of the game came from a driven shot by Lee Brown. 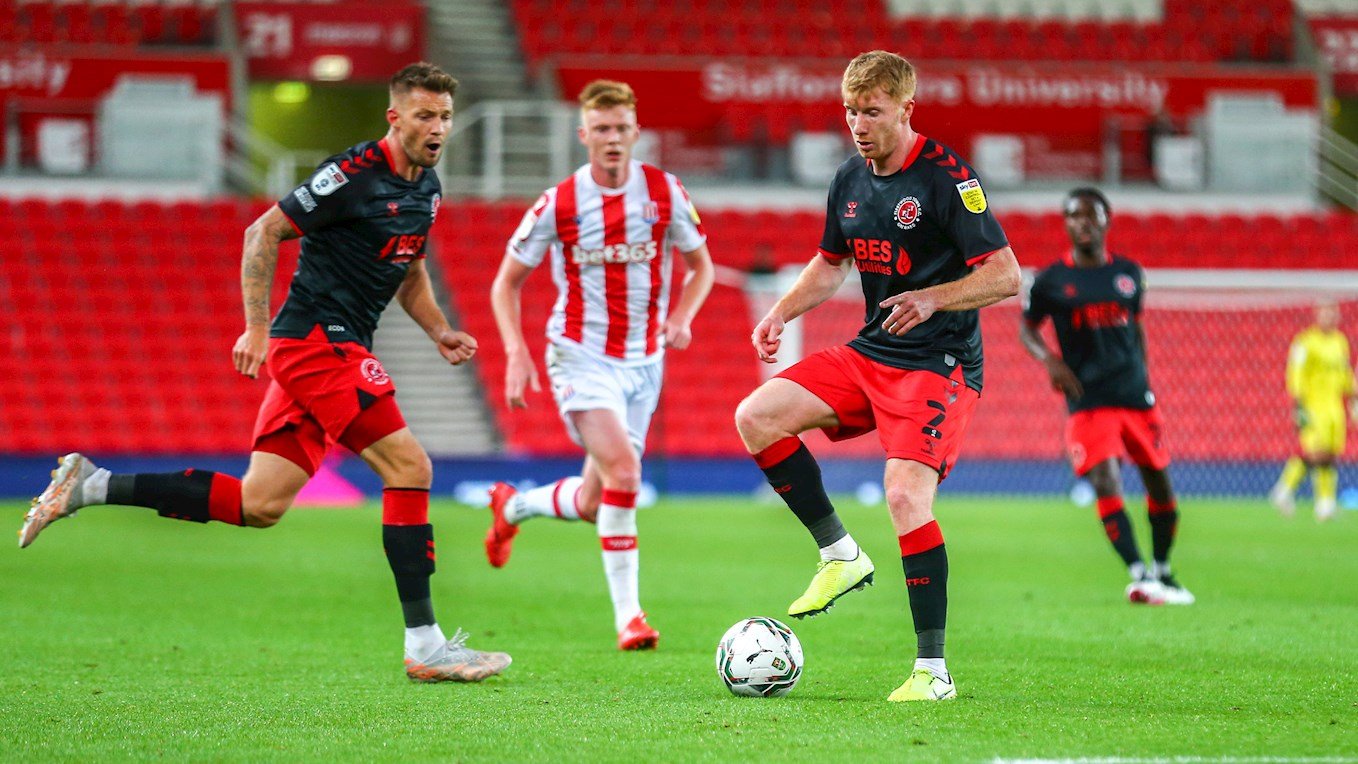 Lincoln, after their play-off campaign last season, are yet to see a win this campaign after drawing against Gillingham in the league and losing on penalties to Shrewsbury Town in the Carabao Cup on Tuesday.

In the cup defeat to the Shrews, it was an action-packed game that finished 2-2 during normal time on the night. Tom Hopper and Ed Bishop scored two quickfire goals to give The Imps the advantage, but a Daniel Udoh brace late on meant the tie would go to a shootout, which finished 4-2 in favour of the side from Montgomery Waters Meadow.

In the game before, Appleton’s side travelled to Priestfield Stadium to face Gillingham and walked away with a point on the day. Tayo Edun opened the scoring after just four minutes, shocking the stadium, but it was a Danny Lloyd goal that cancelled that out just before the half-time break. 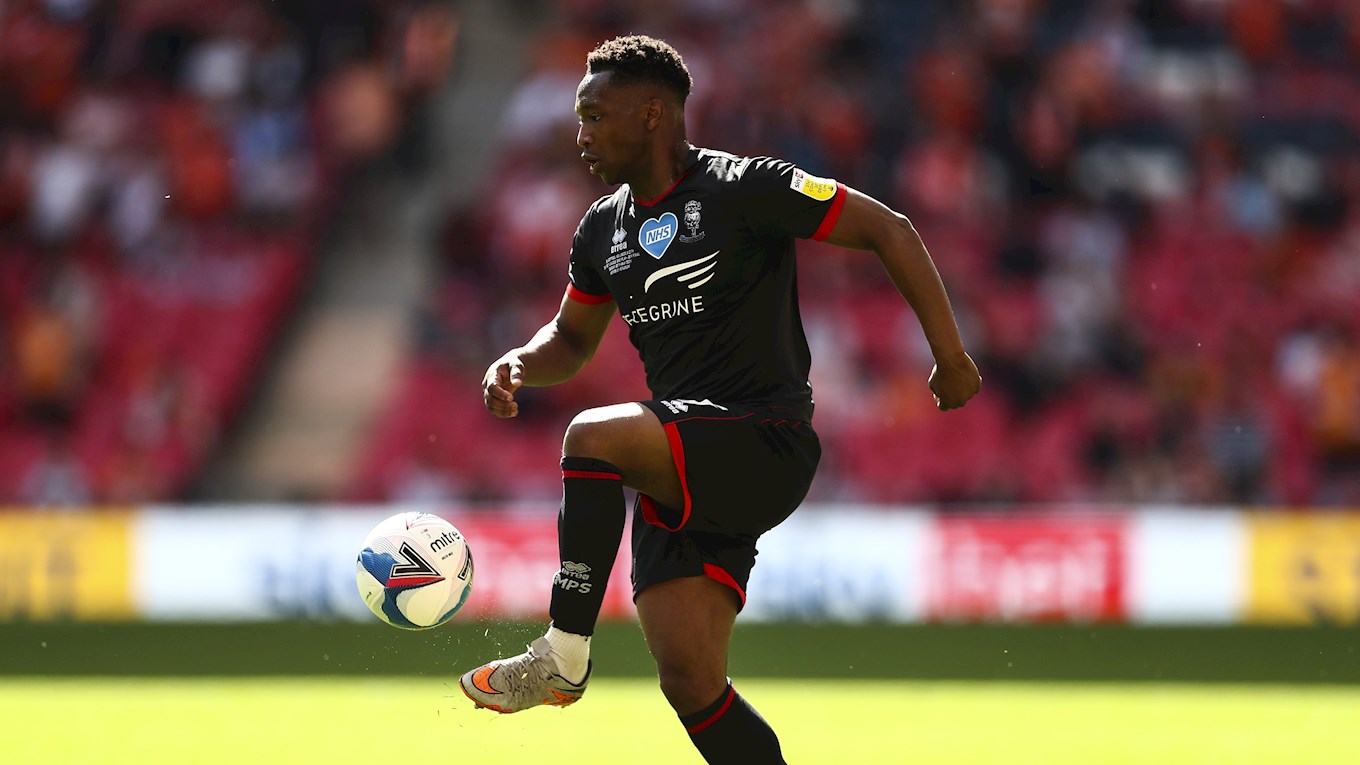 Head Coach Simon Grayson spoke to the media ahead of Fleetwood Town’s Sky Bet League One fixture against Lincoln City at Sincil Bank on Saturday afternoon. Here is what the gaffer had to say in his interview: 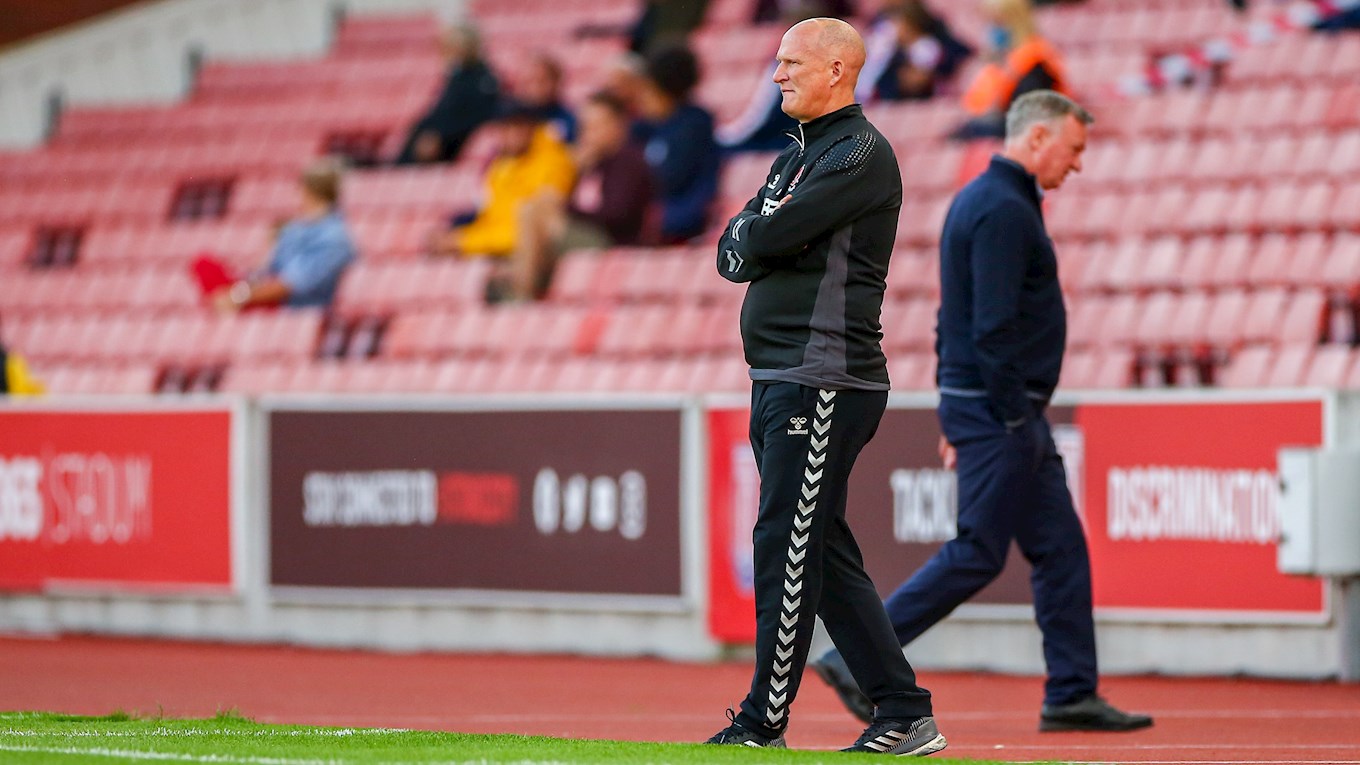 James Oldham will be the man in the middle for Town’s trip to Lincoln, with Graeme Fyvie and Ivan Stankovic running the wings, and Christopher Ward is the Fourth Official.

Oldham took charge of Stevenage vs Barrow on the opening day of the season, and he was not scared to get his cards out as he branded 10 yellow cards in the first 90 minutes of the season.

He also showed another three yellow cards in the Carabao Cup fixture between Sheffield United and Carlisle United, both of these games ended 1-0 to the home team. 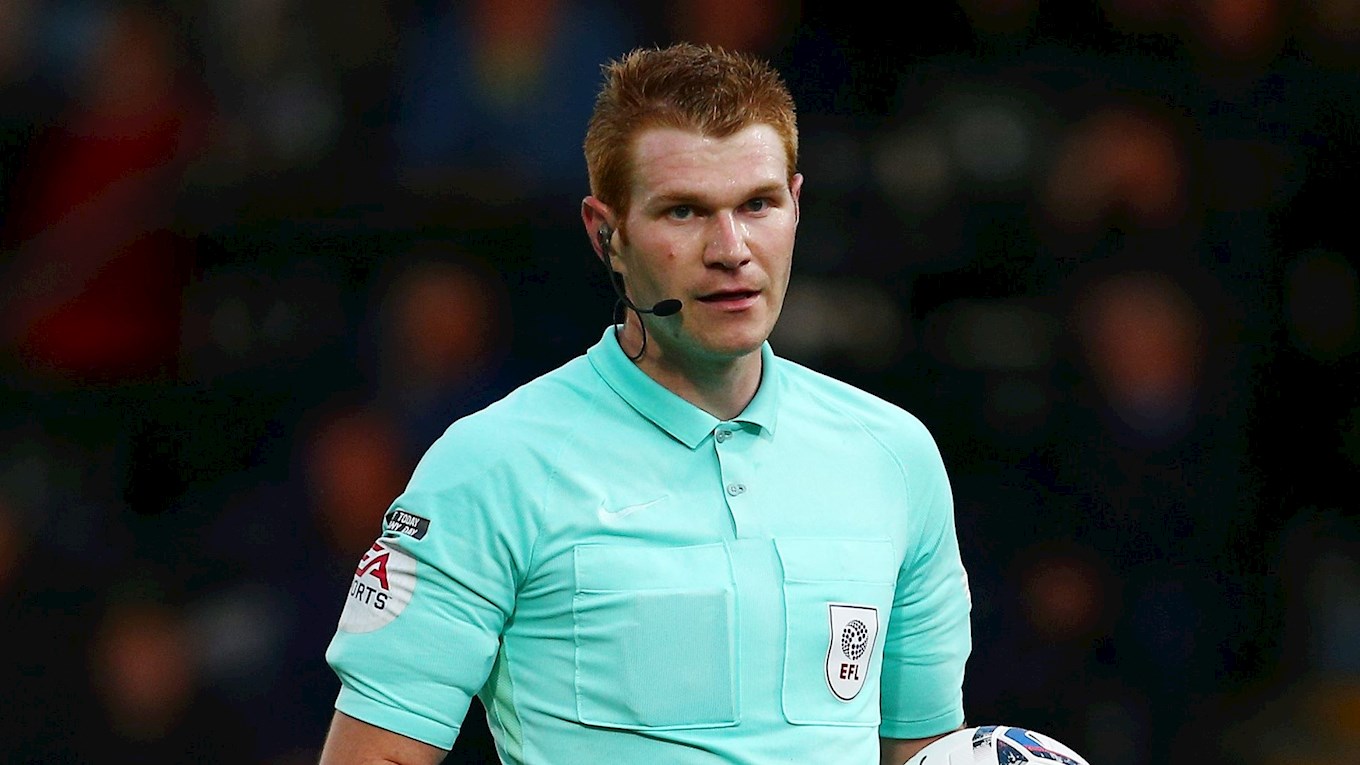 Fleetwood Town narrowly lost 2-1 to Lincoln City in their second Sky Bet League One outing of the season at LNER Stadium on Saturday afternoon.

A rocket of a free-kick from Danny Andrew opened the scoring on the day, with his strike from 25-yards curling in the top-right corner of Josh Griffiths’ goal, leaving the goalkeeper no chance. This was cancelled out with 20 minutes to go as Anthony Scully cut in from the left and found the top corner with his effort from close range, with the forward adding a second late on from the penalty spot.

Fleetwood had the first chance of the game inside the opening minutes when James Hill’s long throw into the penalty area was headed clear by the Lincoln defence. The loose ball was met on the volley by Tom Clarke who struck the ball cleanly, forcing a diving save out of goalkeeper Joshua Griffiths.

Soon after, Ged Garner tried to fire his side into the lead. However, his low effort from 20 yards was comfortable for the goalkeeper who was able to hold the shot.

Town were proving to be the dominant side in the early stages and had another chance to break the deadlock on the 16-minute mark. Jay Matete’s pass was flicked into the feet of the Shayden Morris by Garner, but the winger’s strike was pushed behind by the outstretched arm of Griffiths.

The hosts managed their first effort of the game when Anthony Scully picked out Tom Hopper with a through ball who found himself one on one with Alex Cairns. However, the Fleetwood stopper stood up tall and saved the forward’s effort with ease.

A defensive mix-up saw the Garner almost put Fleetwood ahead. He latched onto a loose ball into the area before striking a shot towards the goal but saw his effort sting the gloves of the goalkeeper.

Danny Andrew fired the visitors into the lead just after the half-hour mark courtesy of a 25-yard free-kick. His stunning left-footed effort curled into the top right corner past the helpless Griffiths to give his side a well-deserved lead.

Minutes later, Jordan Rossiter saw his optimistic long-range effort parried away from goal before Cohen Bramall’s free-kick flew past the far post at the other end of the pitch.

Just before the break, almost identical efforts from Liam Bridcutt and Bramall saw the hosts come close to finding an equalizer. However, after cutting inside from the left, on both occasions, the ball couldn’t find the right side of the post.

The hosts pushed for an equalizer early in the second half down the right-hand side of the field. For a second it looked like they had created an opening when Lasse Sorenson found space in the box, but a last-ditch challenge from Garner prevented the shot.

The game lacked chances for the next 15 minutes with most of the play taking place in the middle of the park. The next chance came when Garner came close to doubling his side’s lead when he unleashed an effort from range, however, his shot sailed just wide of the post.

In the 69th minute, the hosts found a breakthrough and levelled up the score. Tayo Edun played the ball the left flank finding Anthony Scully who drove inside and found the back of the net.

With five minutes to go, Edun ran into the Fleetwood box, only for Hill to mistime his tackle, forcing the referee to award the penalty. Scully stepped up and, even though Cairns dived the right way, he couldn’t keep it out the net.

Make sure to grab your tickets and coach travel for Fleetwood Town’s first Sky Bet League One away trip of the season against Lincoln City on Saturday.

Simon Grayson’s side are set to face Michael Appleton’s Imps at the LNER Stadium on Saturday 14 August (3pm k/o), with Town looking to get back to winning ways after two narrow defeats in the last week.

The Cod Army will be situated in the Stacey West Stand, with prices as follows: 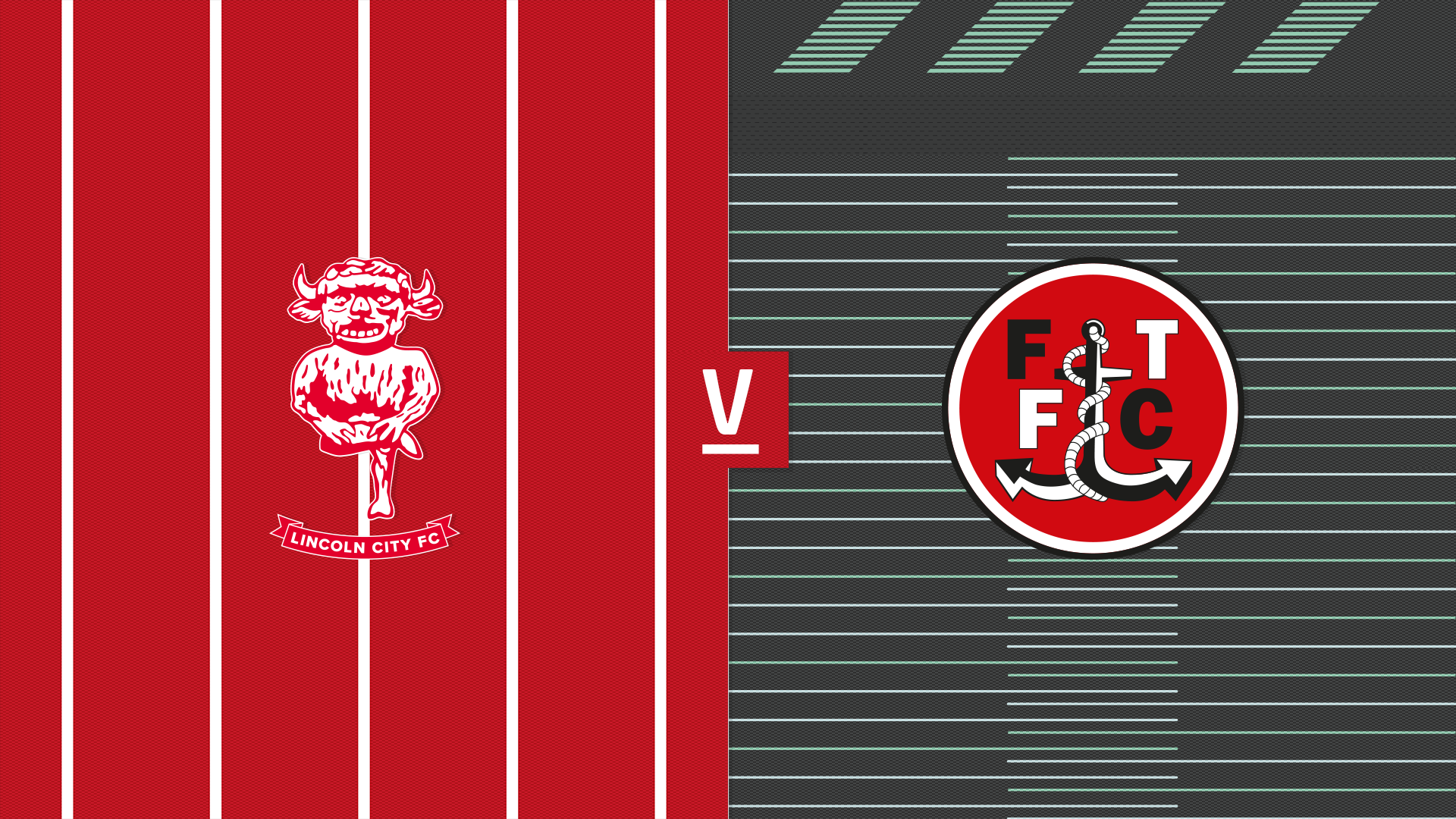 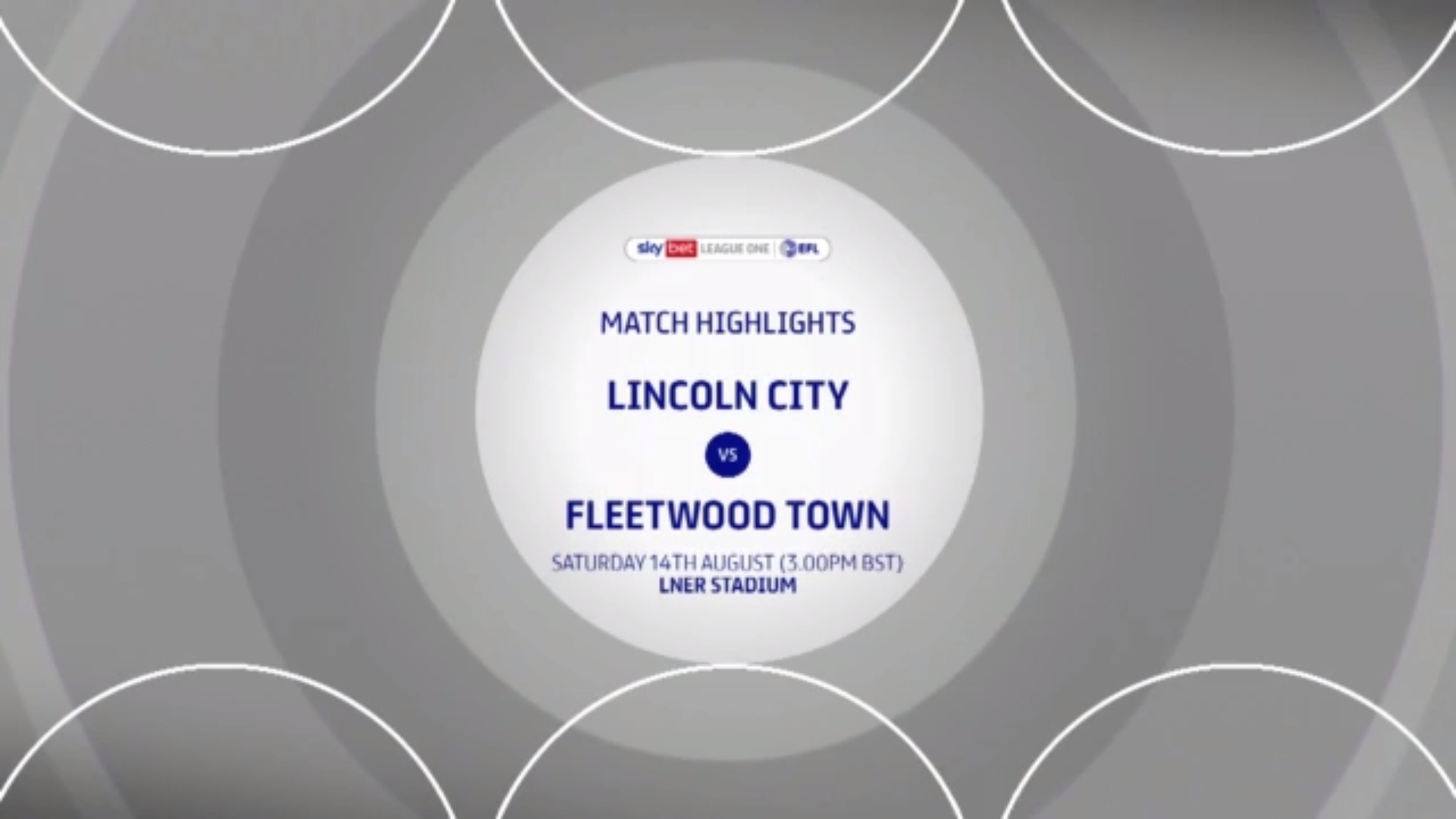