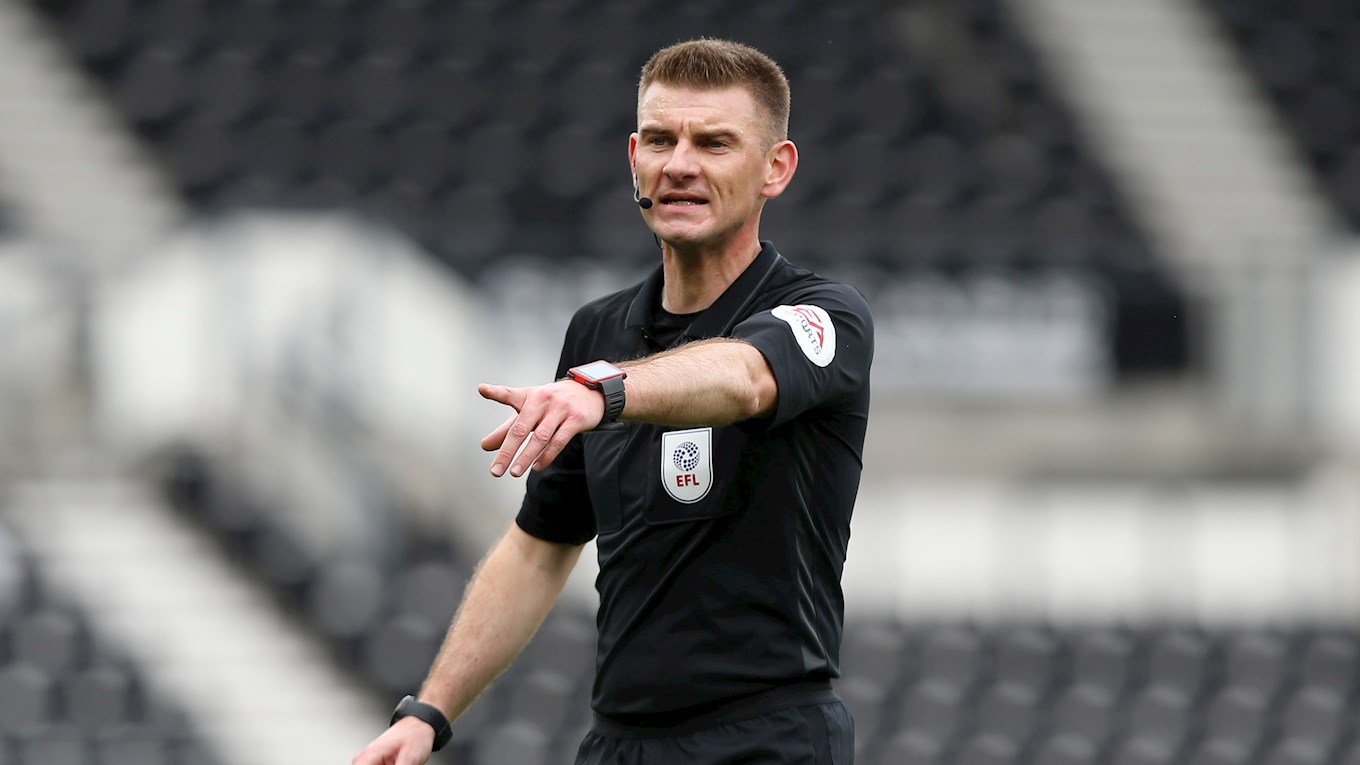 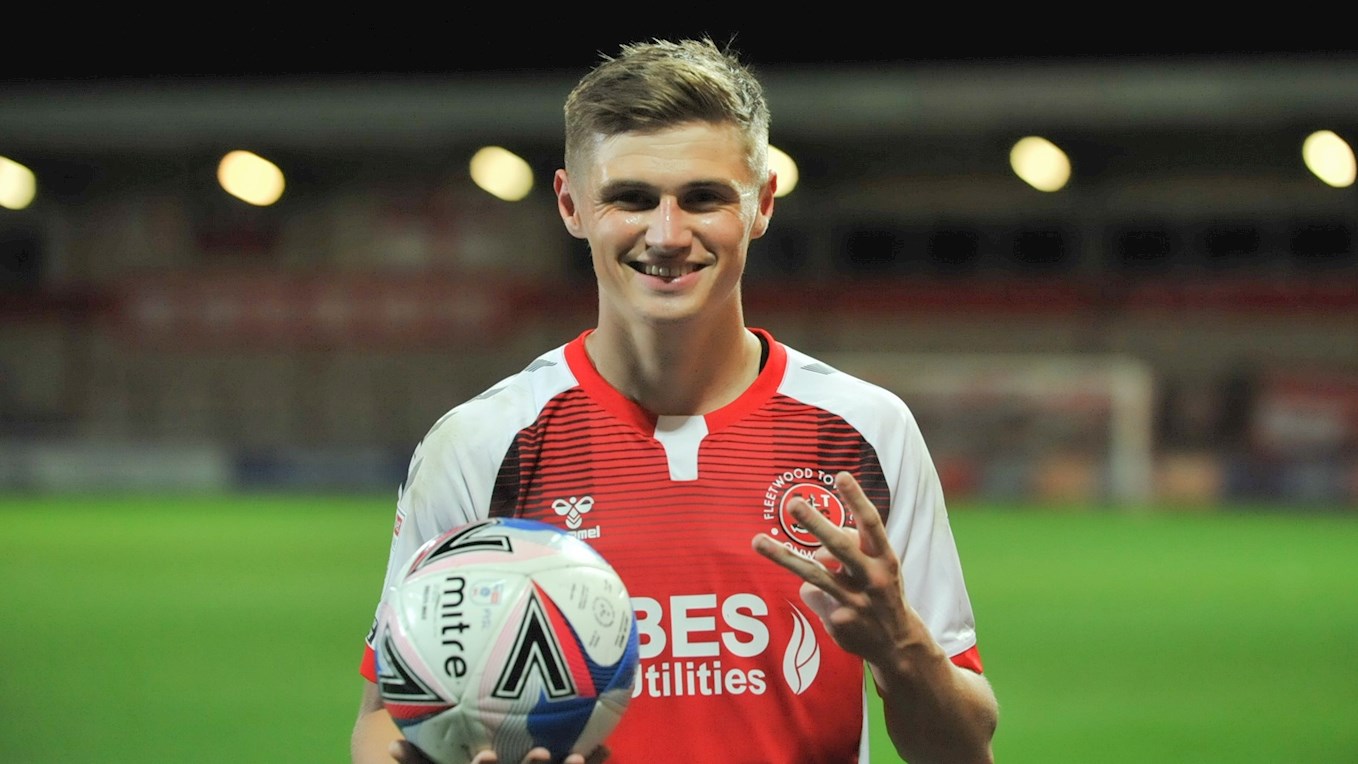 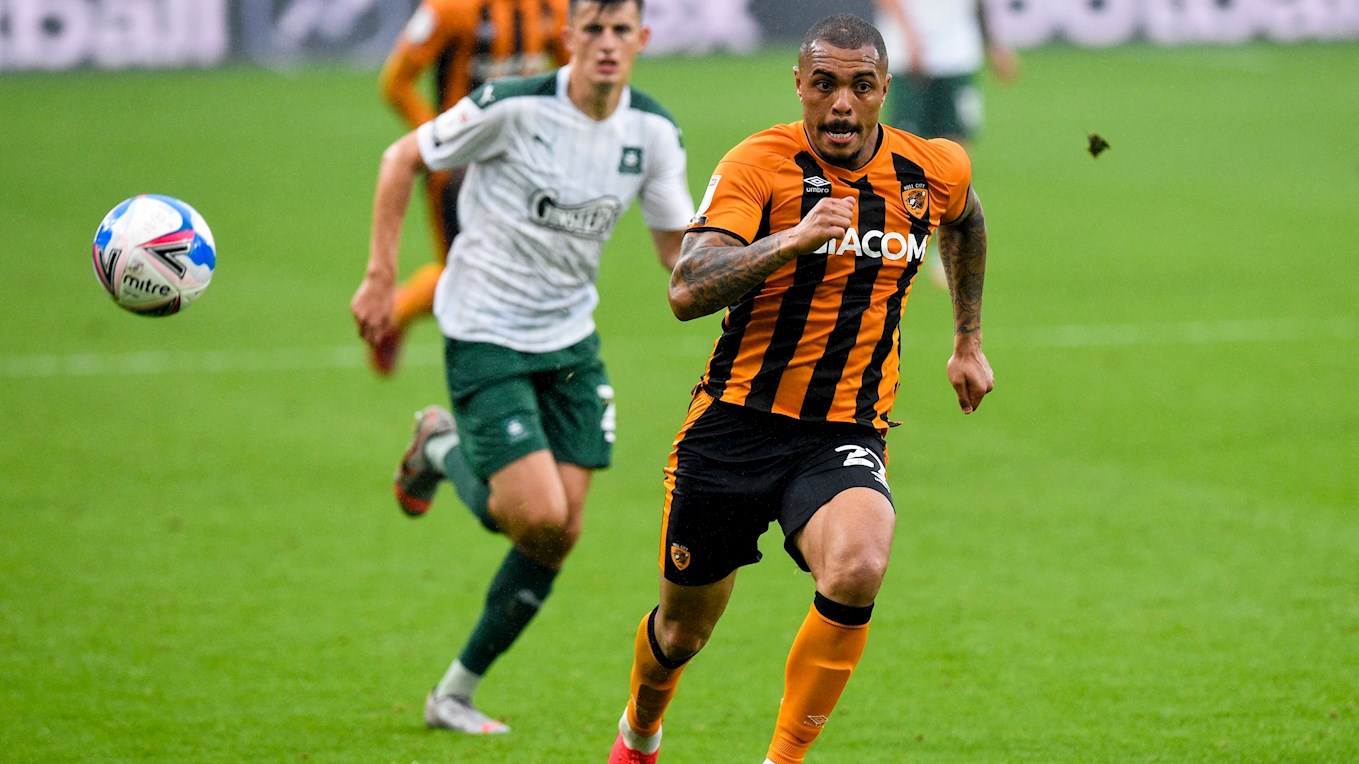 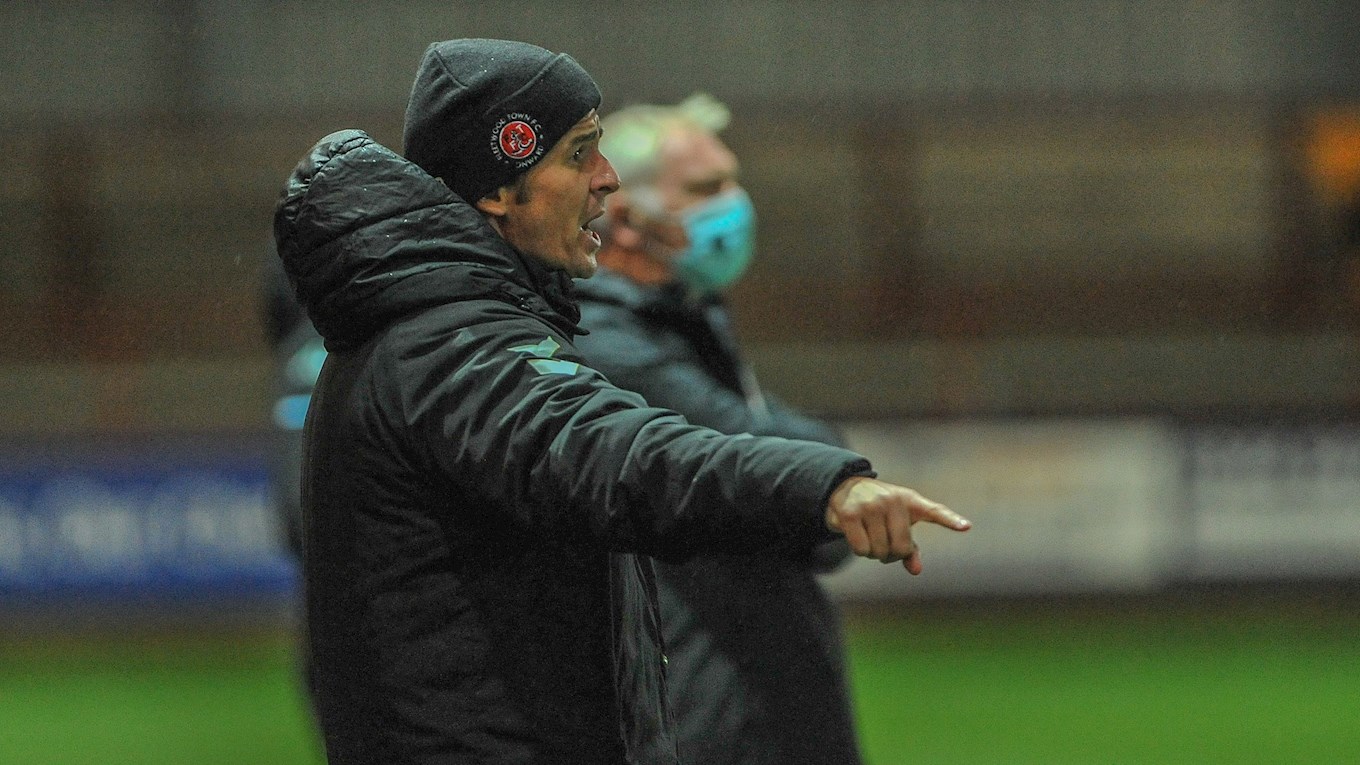 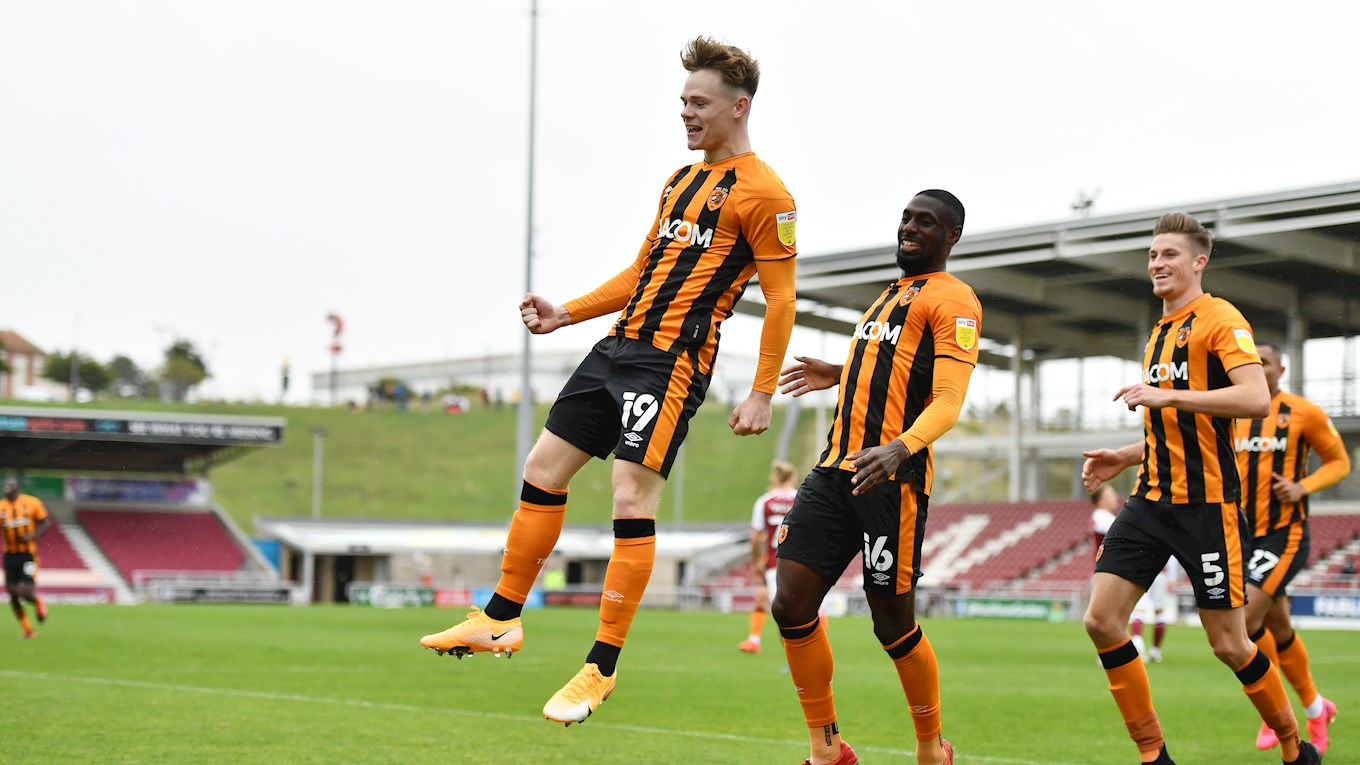 Fleetwood Town got back to winning ways on Friday night as they beat high-flying Hull City 4-1 at Highbury Stadium.

Harvey Saunders continued his recent run of scoring as he managed to bag a goal either side of a Callum Camps strike from close range. Sam Stubbs also got on the score sheet to score his first goal for the club late on in the game.

The first chance of the game fell to the visitors as Mallik Wilks received the ball 20-yards away from the Hull goal, pushed the ball onto his left-foot, but his shot was easily saved by Jayson Leutwiler.

Fleetwood went down the other end of the pitch with Callum Camps, who controlled the ball on the edge of the box, but his shot was deflected out for a corner. The subsequent corner was cleared.

The visitors came close to opening the scoring when a corner was whipped in from the left, and Reece Burke touched the ball towards goal, but his effort came off the crossbar and was cleared.

Saunders found himself back on the score sheet, scoring in his third game in a row, as he dribbled down the right, taking on his man before powering his strike past the goalkeeper.

Not long after, Hull went back on the attack and equalised through a Honeyman strike. Wilks was played through the backline and played the ball to Honeyman who found the top corner.

Just before the half, Fleetwood had claims for a penalty waved away by the referee, but the players were adamant that they should have earned a spot kick after a Wilks challenge on Ched Evans.

After the restart, Saunders latched onto a loose pass from the Hull defence and burst towards goal. Rather than going himself, he played the ball across the box to Camps who slotted home.

Fleetwood doubled their lead soon after as Evans drilled a low cross into the Hull area and Saunders was there to tap the ball in to score his second of the game.

The forward almost had a hat-trick in the game with 20 minutes to go as Paddy Madden’s close range shot was brilliantly saved by Matt Ingram, but he could only push the ball to Saunders whose shot was straight at the keeper.

Stubbs added to the scoreline late on as he headed a corner into the ground, just infront of Ingram and the bounce saw it go past the Hull number 13. 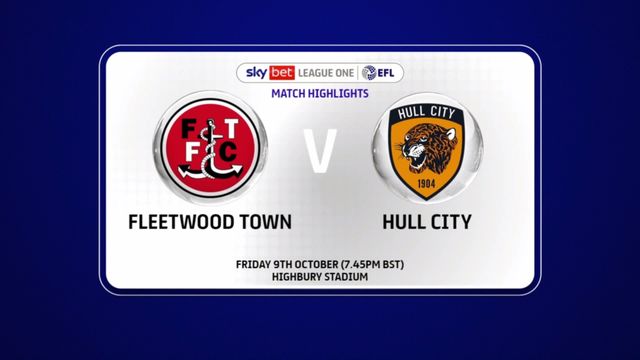 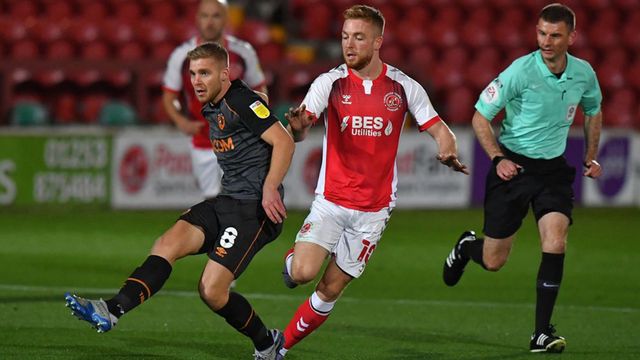