Fleetwood Town face Portsmouth on Saturday 16 January at Highbury in Sky Bet League One, and we have all you need to know ahead of the 3pm kick-off in our match preview. 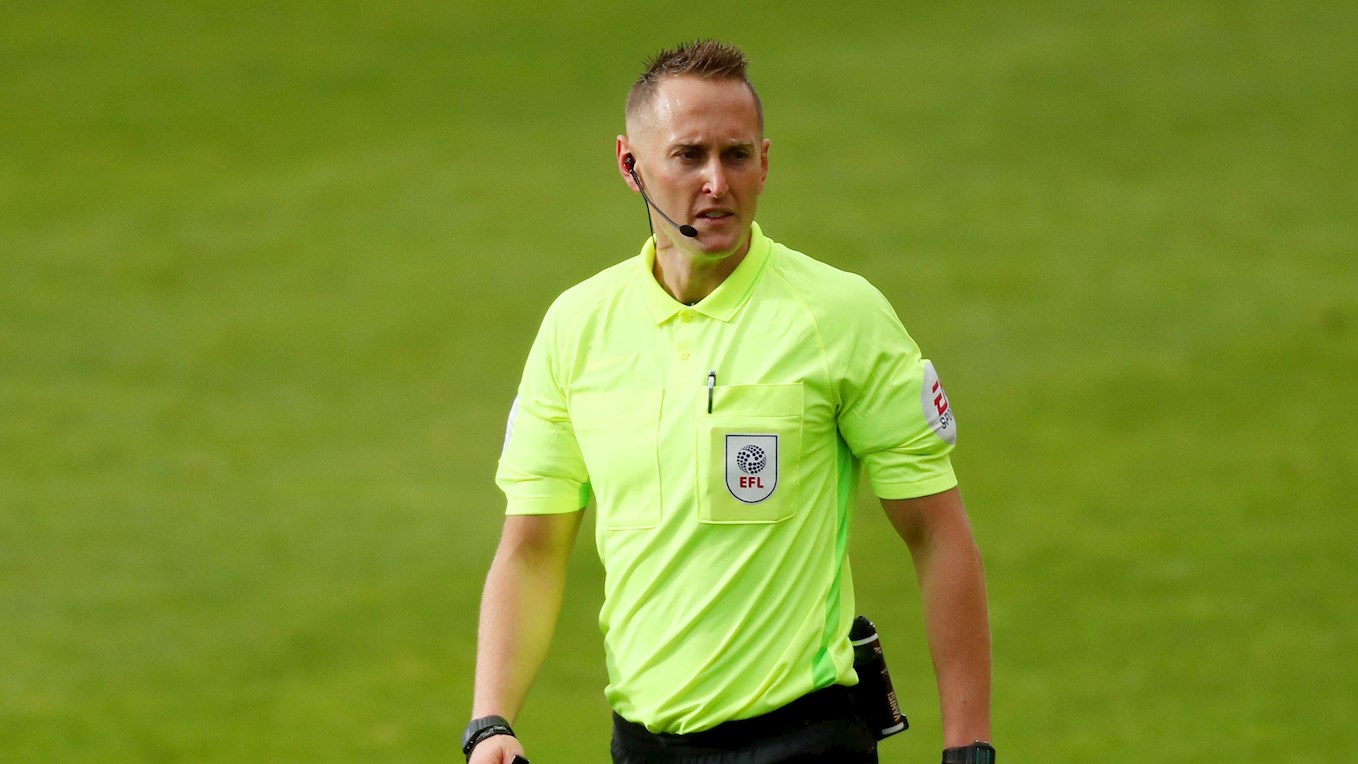 Town returned to action on Tuesday evening as they travelled to the KCOM Stadium to face Hull City in the third round of the Papa John’s trophy which, unfortunately, ended in a 3-2 defeat.

The Cod Army took the lead through Paddy Madden early on, with Wes Burns adding to that early in the second half. Hull pulled one back through substitute Mallik Wilks before Keane Lewis-Potter and Lewie Coyle both found the back of the net to earn their side a spot in the next round.

Before that, Fleetwood ended up drawing 1-1 with Crewe Alexandra at The Alexandra Stadium on Boxing Day. Wes Burns opened the scoring in that one, but a controversial goal by former-Fleetwood forward Mikael Mandron meant the game would finish in a draw. 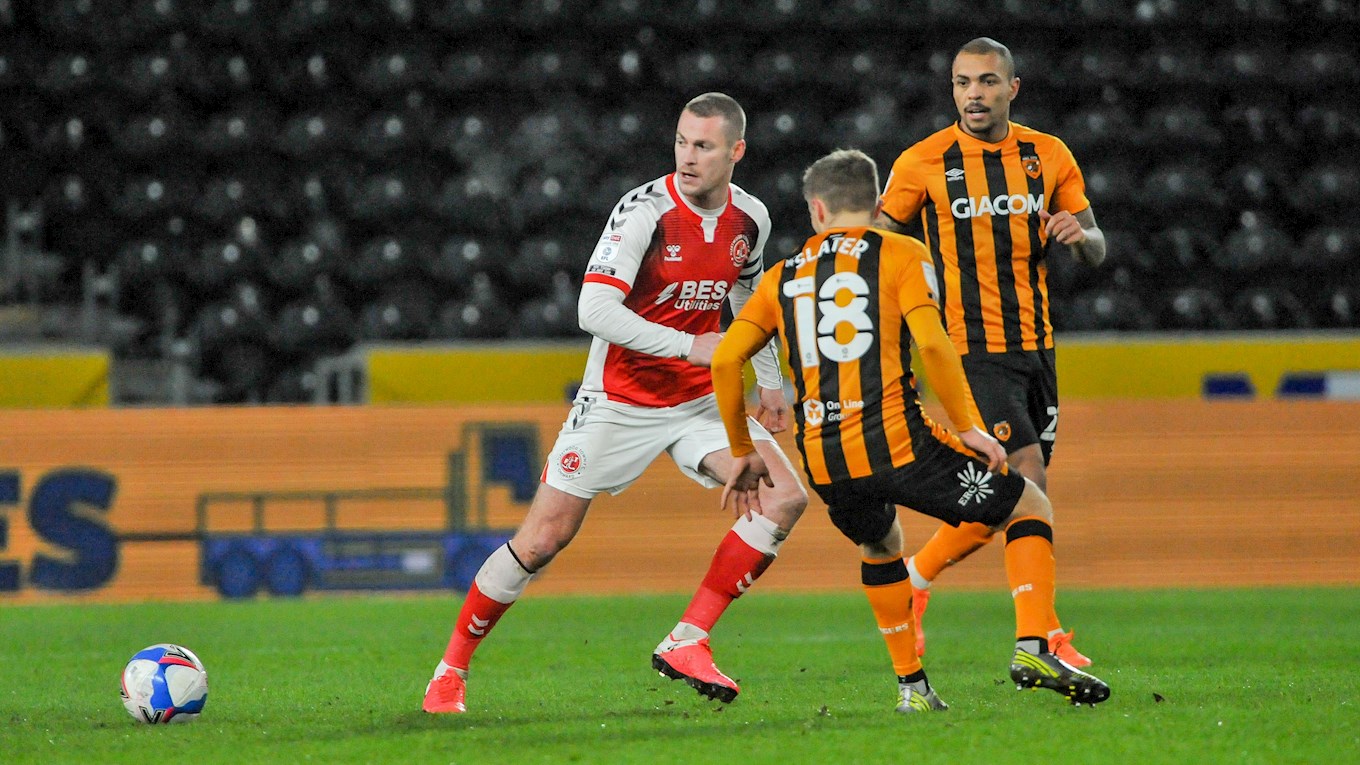 Portsmouth have not shown the same form they face over the last couple of months in the last week as they have been knocked out of both the Emirates FA Cup and Papa John’s trophy.

In the FA Cup, Pompey made the trip to face Bristol City, which ended in a 2-1 loss after Chris Martin’s late winner. Soon after, Kenny Jackett’s team fielded a rotated side against Peterborough in the EFL Trophy and, even though Ellis Harrison scored in the 90th minute, they lost the game 5-1 on the night.

The team from Fratton Park have also played Hull recently, with that game being their latest in League One. A Jacob Greaves own goal early on started the game well for Portsmouth, and another own goal from Josh Magennis ten minutes into the second half sealed the points for the side. 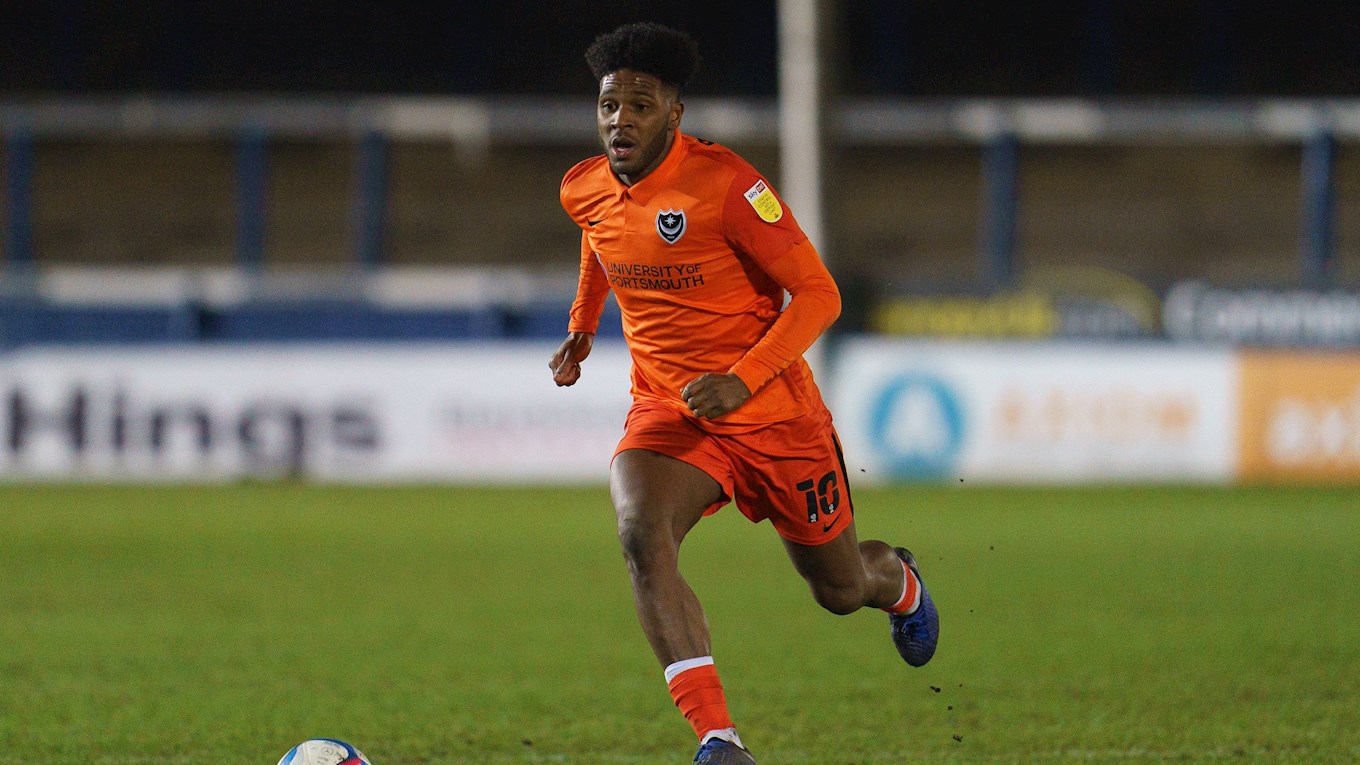 ONE TO WATCH: JOHN MARQUIS 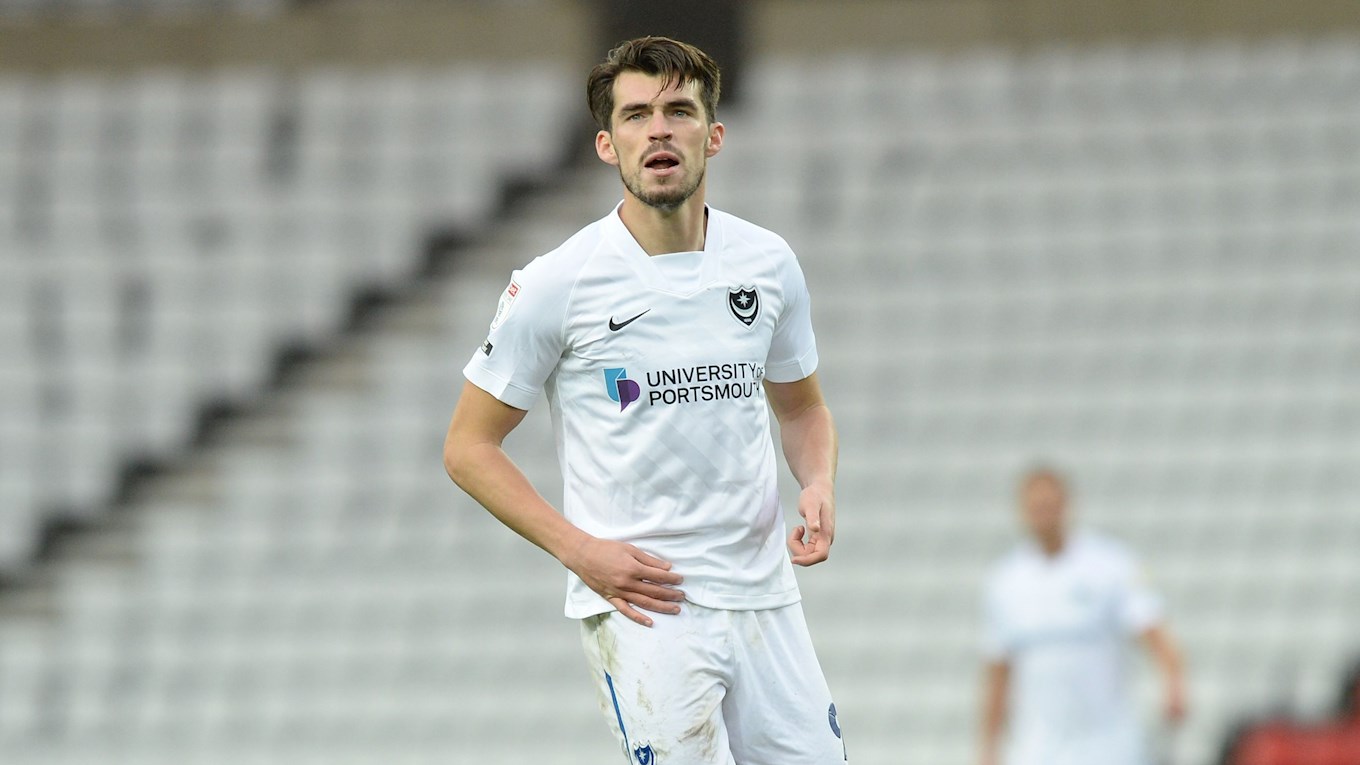 Simon Wiles' side are set to face Portsmouth in a league clash at Highbury on Sunday, with Town looking to get back to winning ways - and you can watch the game for just £10! 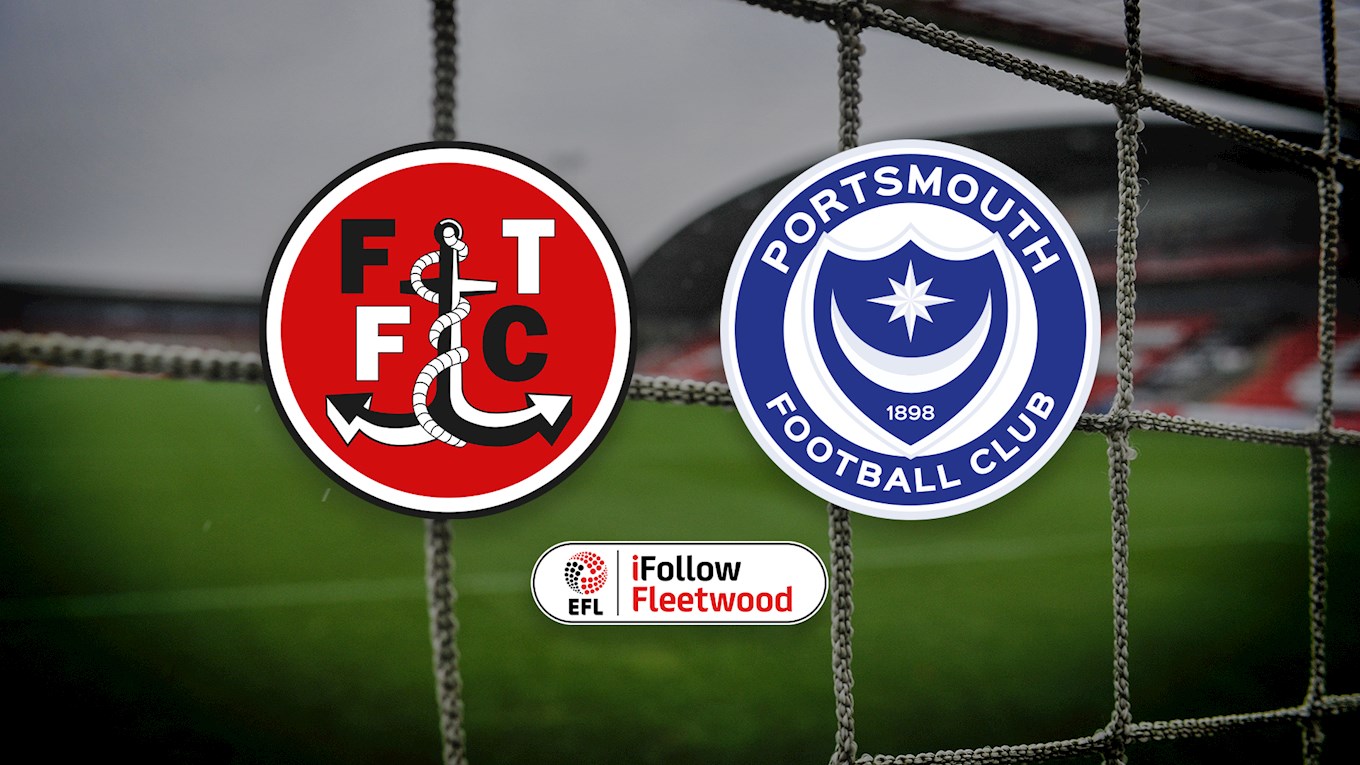 Ahead of the game, everyone in the ground participated in a minute’s silence so that we could remember all the fans, supporters and staff that unfortunately passed away in the last twelve months.

Town seemed to be on top for large portions of the game but it was a John Marquis header from close range that broke the deadlock. Simon Wiles’ side continued to press but couldn’t find a way through the Portsmouth defence.

The first chance of the game came in the second minute as new signing Kyle Vassell played the ball through to Paddy Madden, who turned on the spot before firing just wide of the target.

Town quickly followed with Madden as he ran down the left, cut back, and crossed the ball into a packed box but the keeper came out to collect it.

The away side took the led around the 15-minute mark as Ryan Williams picked up the ball on the right-wing before whipping a cross into the box, where Marquis beat James Hill to a header inside the six-yard box.

Fleetwood almost responded straight away as a brilliant passing move with Madden finding Callum Camps, who was through on goal, forcing a save out of Craig MacGillivray from inside the Pompey area.

Most of the play in the following ten minutes was spent in the middle of the park, with both sides battling it out until Vassell found a yard of space on the left, crossed the ball in towards Charlie Mulgrew who headed just wide of the near post.

On the stroke of half-time, Town had a free kick in a good range of the goal, but Josh Morris’ strike was straight at MacGillivray, not troubling the goalkeeper.

Portsmouth started out the second half with the better team as Michael Jacobs was fed the ball after a quick counter-attack but his left-footed shot was easily saved by Joe Hilton.

Like the majority of the first half, both sides were cancelling each other out in the midfield with minimal attacks being created. Both sides had half-chances but neither keeper was troubled before Camps struck the ball from 20-yards straight at MacGillivray.

With five minutes to go, Hill miskicked the ball at the back, leaving Williams free on the edge of the Fleetwood area but his first-time shot goes well wide of the far post. 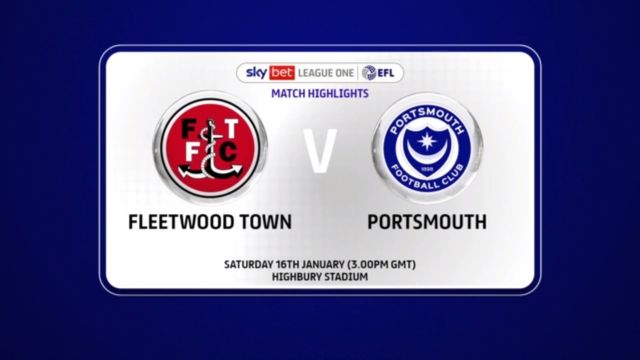 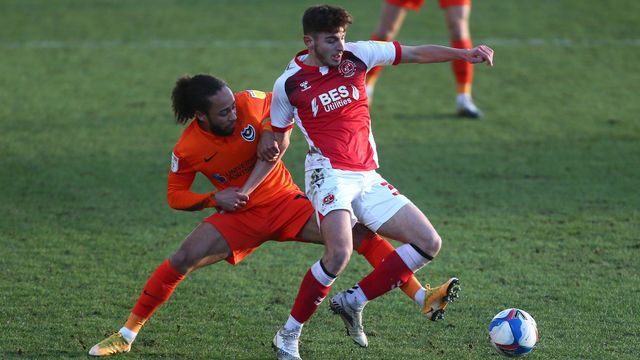