Fleetwood Town face Portsmouth on Tuesday 15 December at Fratton Park in Sky Bet League One, and we have all you need to know ahead of the 7:45pm kick-off in our match preview. 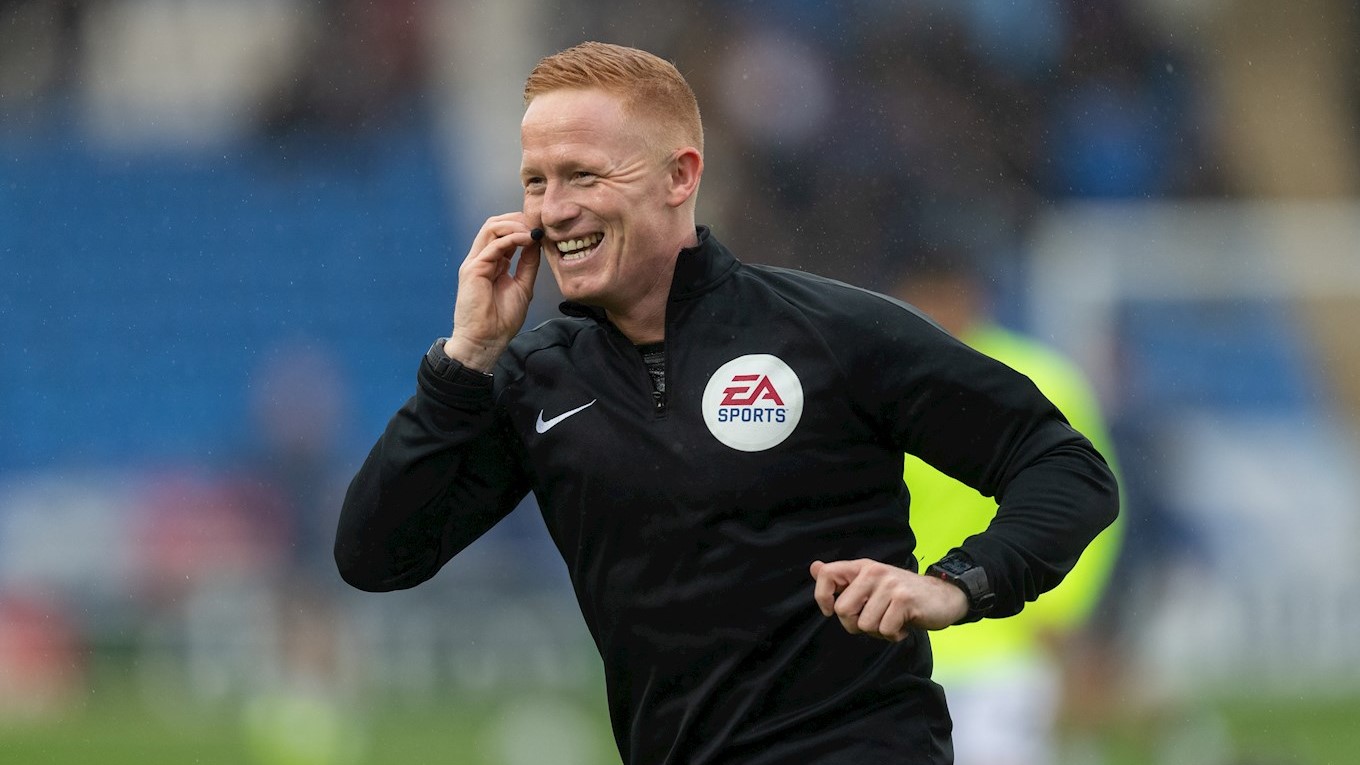 Fleetwood head to Fratton Park after winning their last outing, which was an away clash against Swindon Town on Saturday.

Paddy Madden poked home Josh Morris’ corner in the first-half to score his 41st league goal – and 50th in all competitions – for the club which turned out to be the decider in the tie in Wiltshire.

Before that, Town progressed to Round Three of the Papa John’s Trophy, beating local rivals Blackpool 5-4 in a penalty shootout, after a closely contested match. It was penalties that decided the tie as Mark Duffy scored the win. 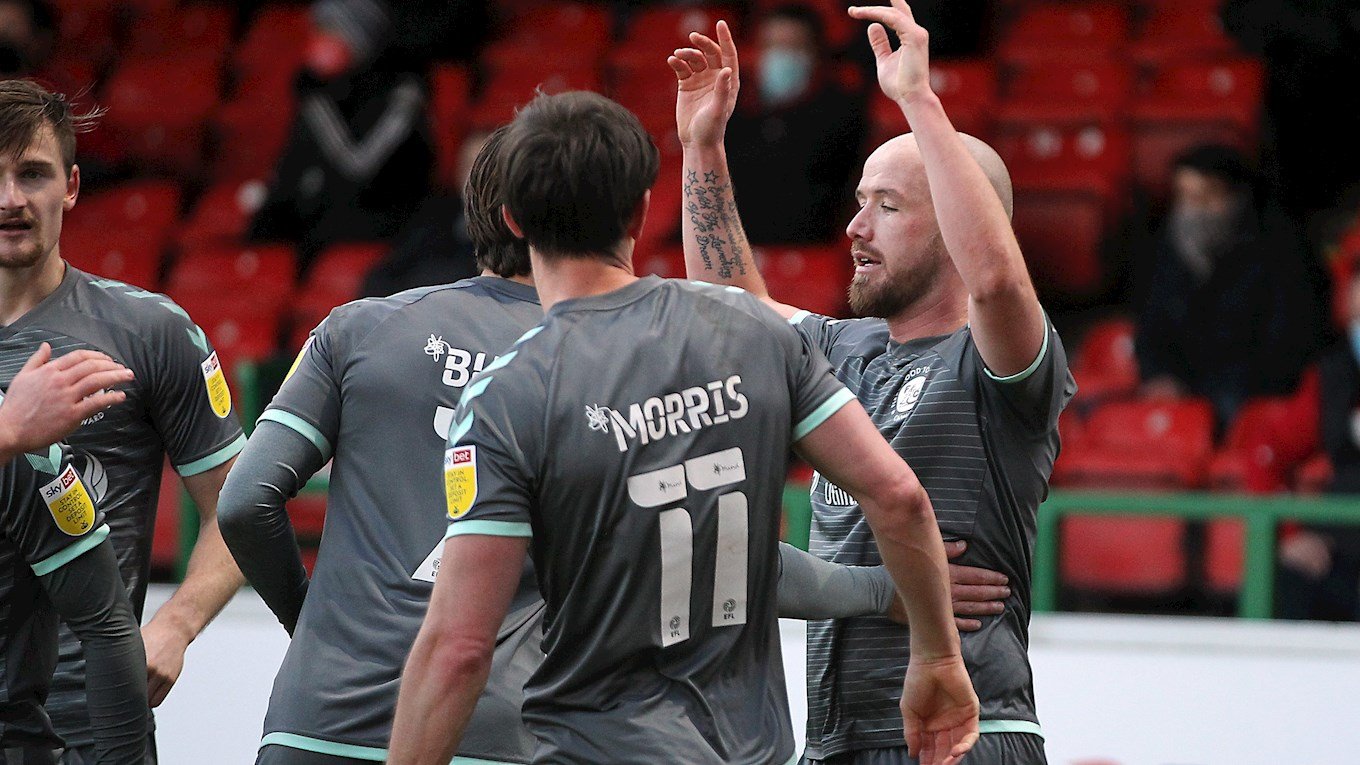 Pompey are currently on a streak of good results, winning all of their last three outings in all competitions, beating Ipswich Town last time out.

Kenny Jackett’s side travelled to Portman Road on Saturday and came away with all three points as Ryan Williams bagged a brace in the first-half, settling the tie before the break.

Former-Fleetwood striker Jordy Hiwula was on the score sheet in the game before that as Portsmouth progressed in the Pap John’s Trophy after a 3-0 win over Cheltenham Town. Haji Mnoga opened the scoring on the night before Hiwula scored a goal either side of half-time. 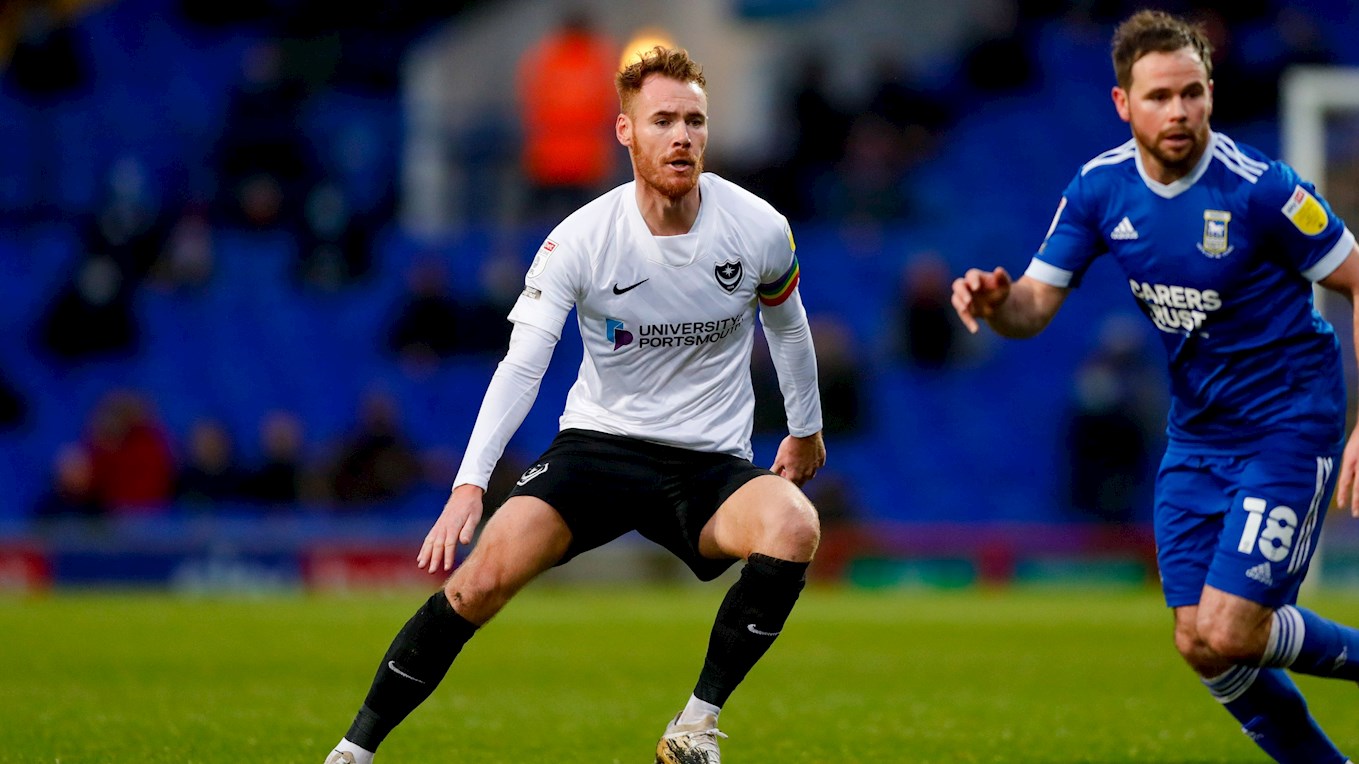 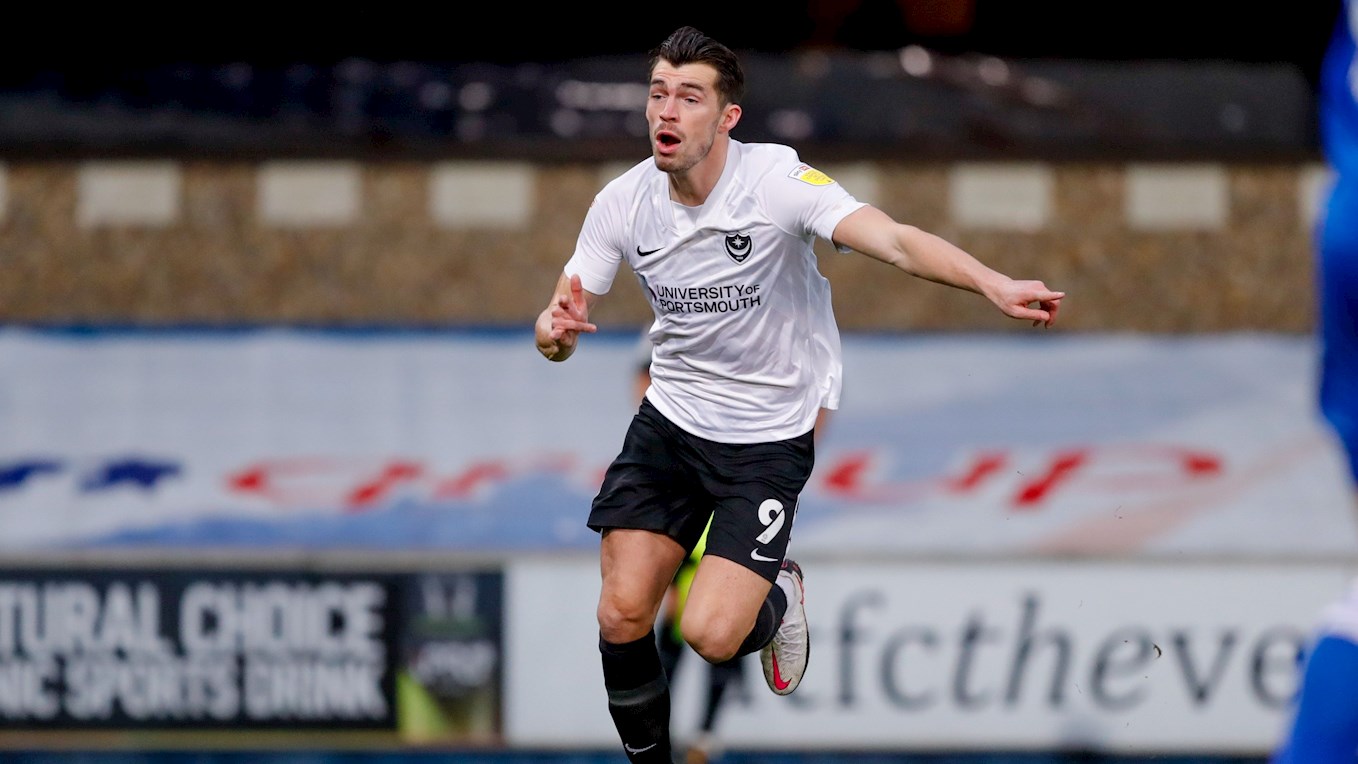 Joey Barton's side will travel to Fratton Park on Tuesday to face Portsmouth for a Sky Bet League One encounter - and you can watch the game for just £10! 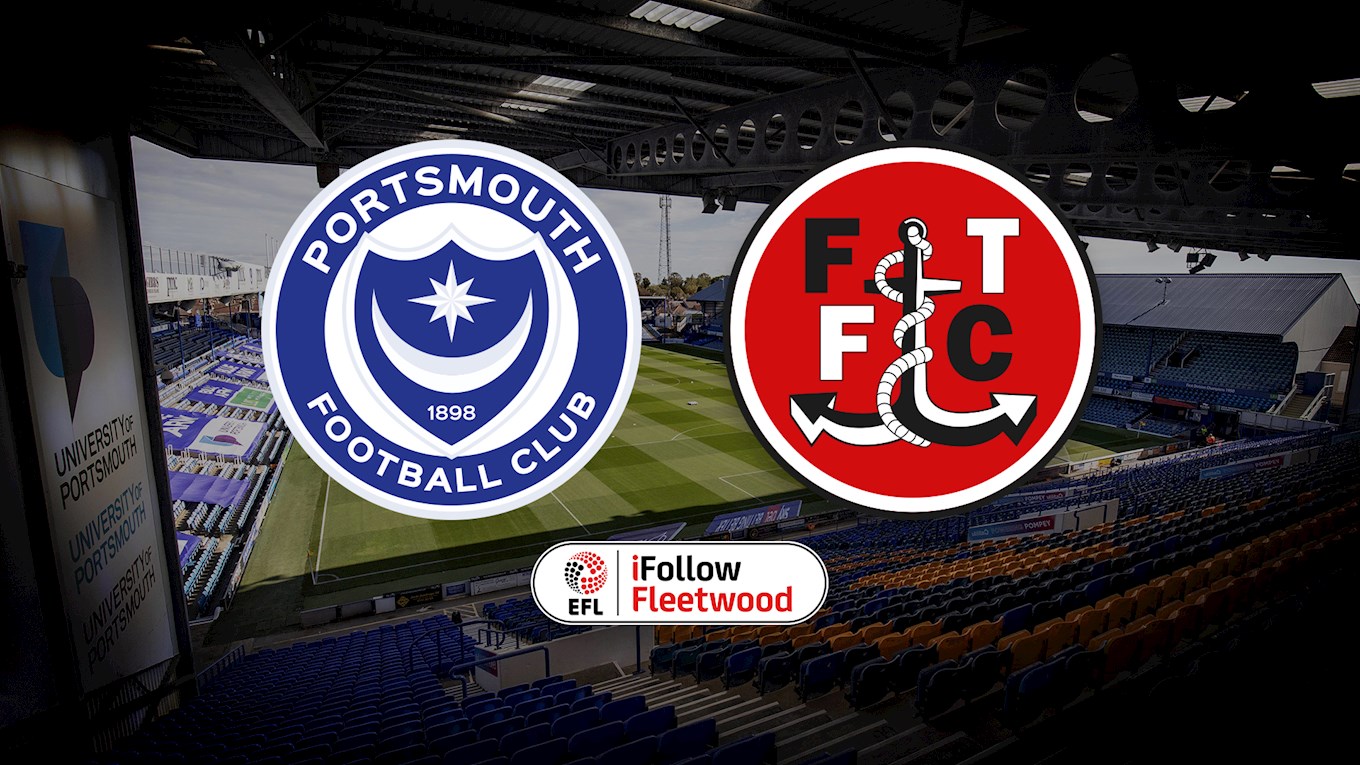 Fleetwood Town held out in their Sky Bet League One clash against Portsmouth as they manage to earn a point and a clean sheet at Fratton Park.

The first half was a cagey affair with both sides struggling to create gilt-edged, with most of the possession in the middle of the park. Wes Burns was denied before the break before Craig MacGillivray pulled off a brilliant save with seconds to go in the game.

The first chance of the game fell to the hosts when John Marquis’ low cross into the box found the feet of Ronan Curtis whose first-time effort flew high over the crossbar.

Josh Morris came close for the Cod Army when his cross-shot appeared to be curling in at the far post, but Portsmouth’s Jack Whatmough was in the way to head to the ball to safety.

Whatmough found himself at the heart of the action at the other end when his pass played Ryan Williams through on goal – his low driven effort was superbly saved by the diving Jayson Leutwiler.

Fleetwood almost found a way through themselves when Danny Andrew picked up the ball on the left flank. He picked out Madden just inside the area who saw the run of Wes Burns but he saw his strike saved by the feet of Pompey goalkeeper MacGillivray.

The home side had a chance to break the deadlock on the counterattack but Leutwiler was in the way again, pulling off a smart save to deny Williams for a second time.

Pompey threatened again when Andy Cannon latched onto a loose ball on the edge of the Fleetwood area, but he saw his effort blocked by the onrushing Callum Connolly.

Marquis came close for Pompey when he was picked out by Marcus Harness close to Leutwiler’s goal. His effort however didn’t trouble the goalkeeper as it soared over the bar.

Harness’s deflected cross almost found the back of the net before the break, but the back-peddling Leutwiler was able to claw the ball to safety.

It was a tightly contested battle for possession in the early stages of the second half with neither side managing to create a clear-cut chance. Connolly and Mulgrew were rock solid at the back for the Cod Army.

The first real chance of the half fell Portsmouth’s way when Curtis picked up possession on the left. He cut inside and unleashed a strike from range towards the near post but only managed to find the side netting.

With five minutes to go, Pompey came close to taking the lead Harness’ strike from the outside the area went inches wide of the near post.

Moments later, Fleetwood came close to taking home all three points when Duffy’s free-kick found Mulgrew at the back post but MacGillivray made himself big and blocked the shot. 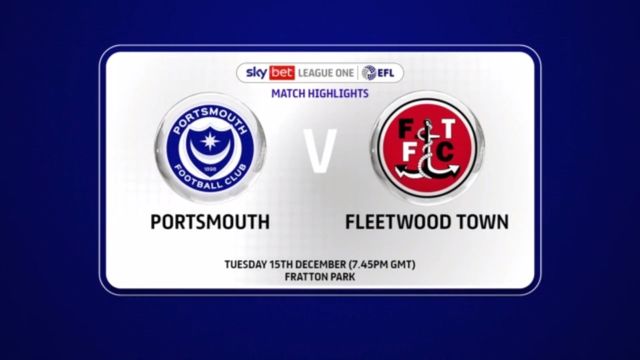 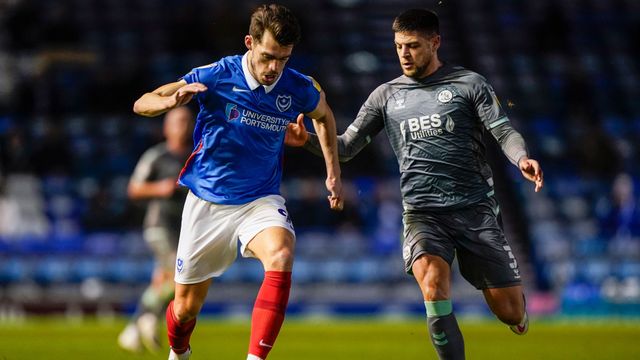