Fleetwood Town face Northampton Town on Tuesday 1 December at the PTS Academy Stadium in Sky Bet League One, and we have all you need to know ahead of the 7:45pm kick-off in our match preview. 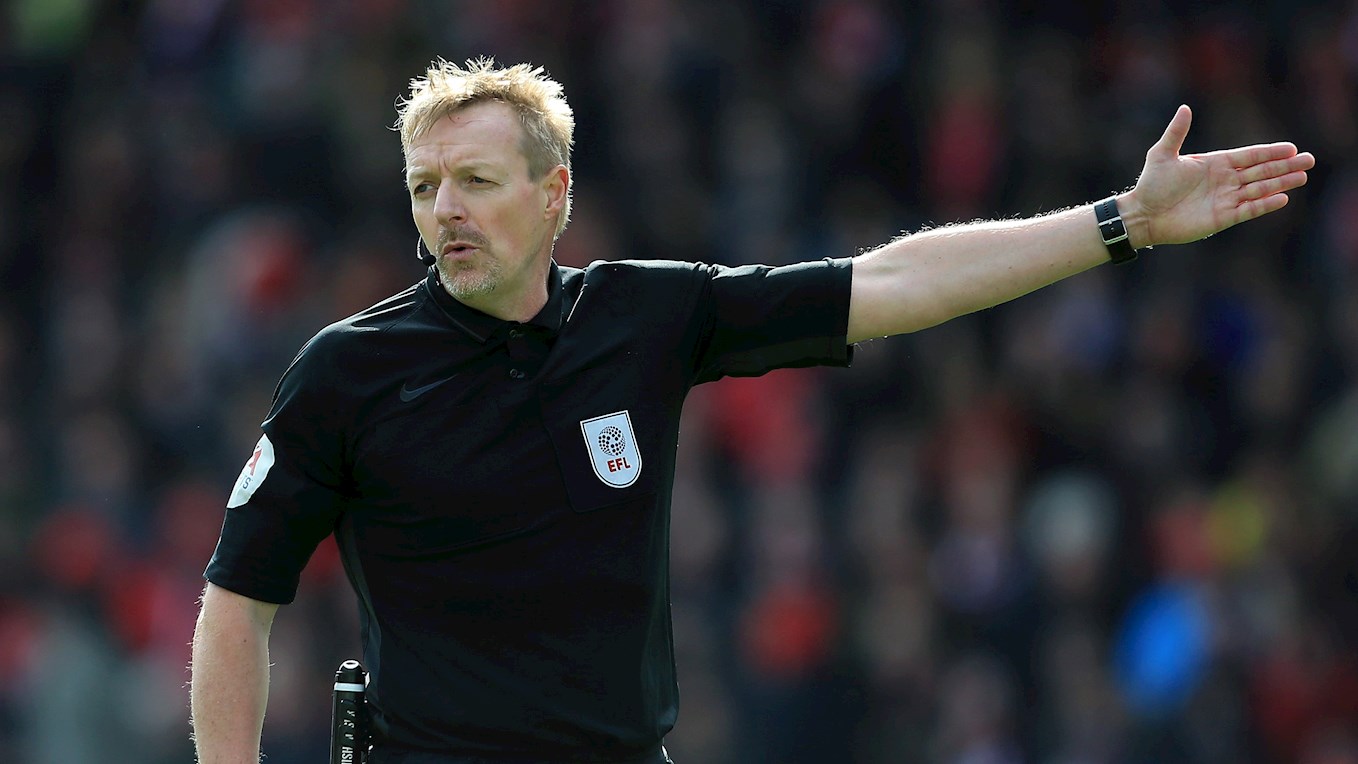 Town head to Northampton on a four-game unbeaten streak, in all competitions, with the last result being a 1-1 draw with Sunderland.

In the game against the Black Cats, both sides worked the ball well in the middle of the park throughout the game but struggled to create clear cut chances. The visitors managed to take the lead midway through the second half after Charlie Wyke headed past Jayson Leutwiler but it was captain Callum Connolly who slotted home to level up the game late on.

Before that, Town managed to win their game against Plymouth Argyle comfortably, finishing the game 5-1 at Highbury. They started out the game on top with Sam Finley and Callum Camps both getting on the score sheet within the first ten minutes. Wes Burns and Charlie Mulgrew added further goals before Camps finished off his second brace in two games. 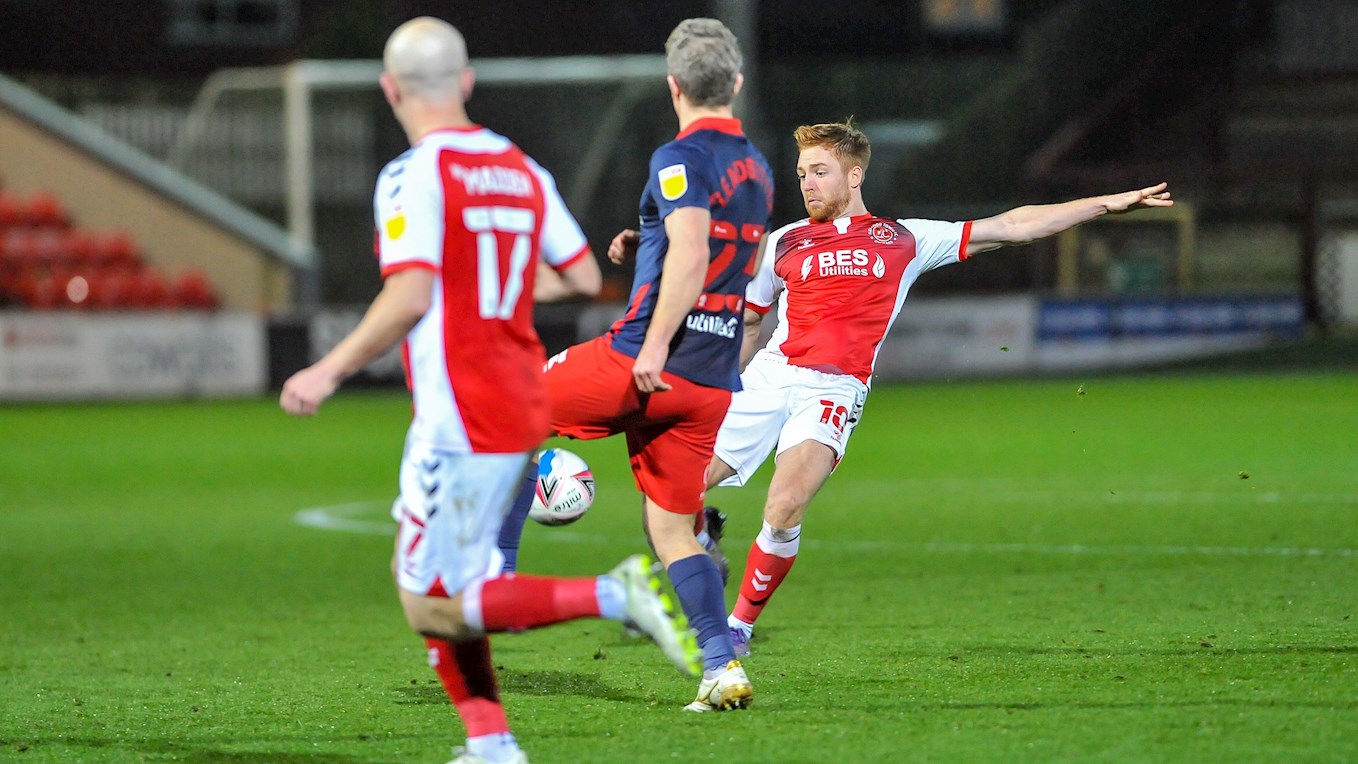 Northampton head into the game on the back of a 1-1 draw against Rochdale in Sky bet League One at the Crown Oil Arena.

Keith Curle’s side broke the deadlock midway through the first-half as Harry Smith managed to fire past Jay Lynch, who was in the Rochdale goal, but a late effort from Stephen Humphrys changed the mood with five minutes to go, meaning both side’s would come away with just a point.

Before that, The Cobblers travelled to the Pirelli Stadium to face Burton and they got off the mark very early on as Smith found the back of the net just two minutes in. He would complete his brace just after the hour mark, with Chris Lines adding a third ten minutes from the end. Lucas Akins converted a penalty in the 90th minute, but it was only a consolation. 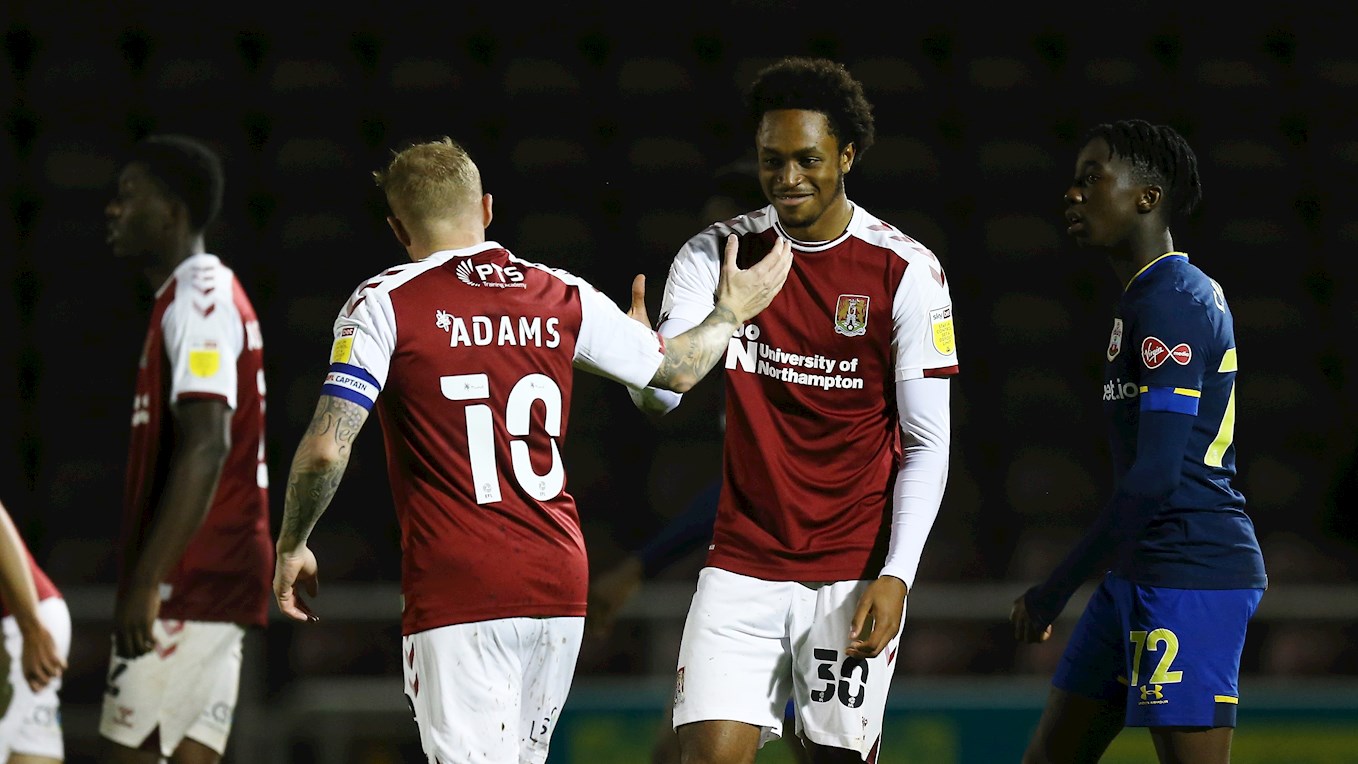 Head coach Joey Barton spoke to the press about his side’s trip to Northampton after the 1-1 draw with Sunderland on Saturday – here is what he had to say:

“With Northampton, I saw them in thew play-offs last season, and I know the way [Keith] Curle sets up. They play in a certain manner and it is effective for them.

“It’s not always about stringing hundreds of passes together, if your players play their best when it’s a different type of game then you will have to play that way.

“It’s another test for us, they are a newly-promoted side who have had a decent start and they will want to be beating us, especially with Jack Sowerby in the team.” 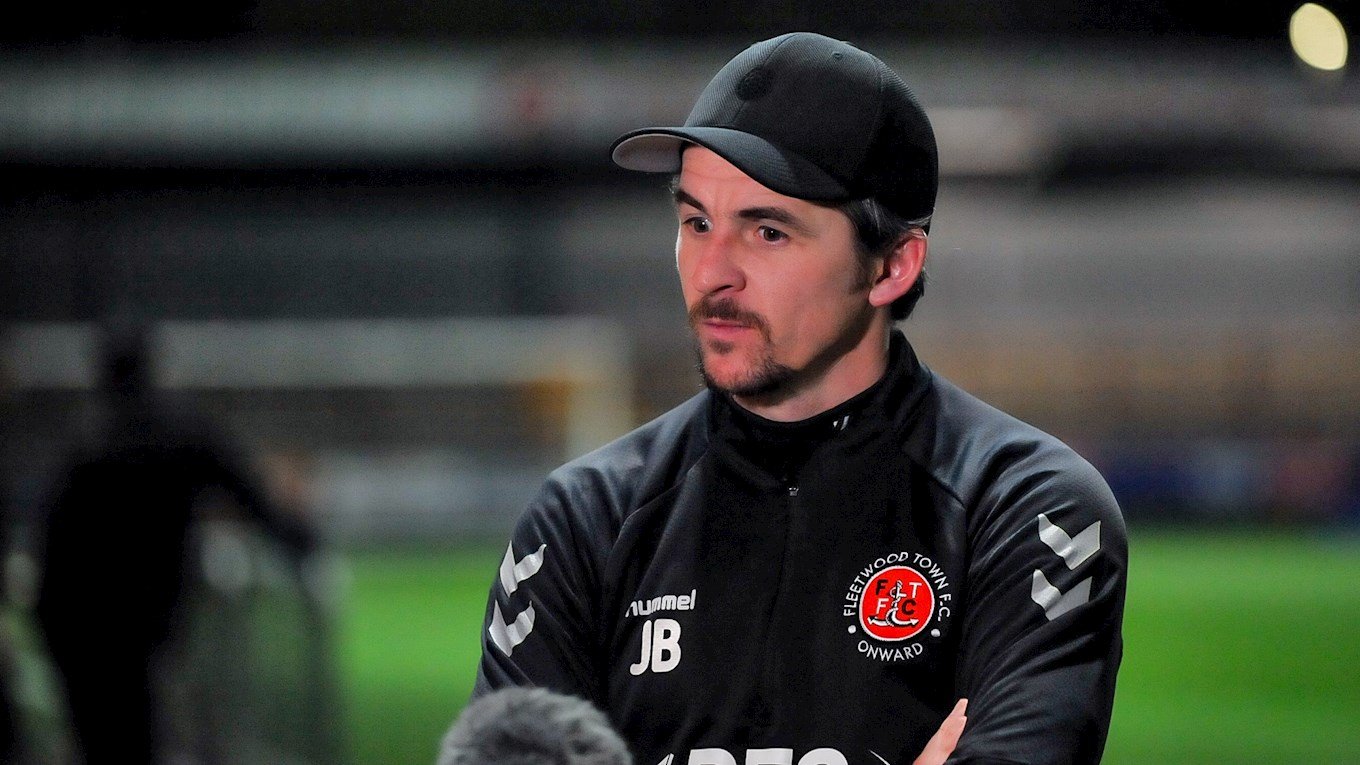 ONE TO WATCH – HARRY SMITH

One to watch from Northampton will be striker Harry Smith. The 25-year-old has set the league alight in the last two games as he has managed to score three goals in them, with a brace coming against Burton Albion almost a fortnight ago.

The six-foot-five forward started his career at Millwall in August 2016 and went on to make 12 appearances in his debut season, scoring six goals in that time, including an FA Cup hat-trick against Braintree and an EFL Trophy brace against Luton Town.

In the 2017/18 season, Smith went out on loan to Swindon to gain more experience and managed three goals in his short time there before making a permanent move to Macclesfield Town in July 2018.

The striker spent one season with The Silkmen and after scoring another nine goals to add to his career tally, Northampton came in for him and has since spent his time at the PTS Academy Stadium.

Overall, at The Cobblers, Smith has scored 11 goals in his 18-months at the club and has made over 40 appearances for Keith Curle’s side. 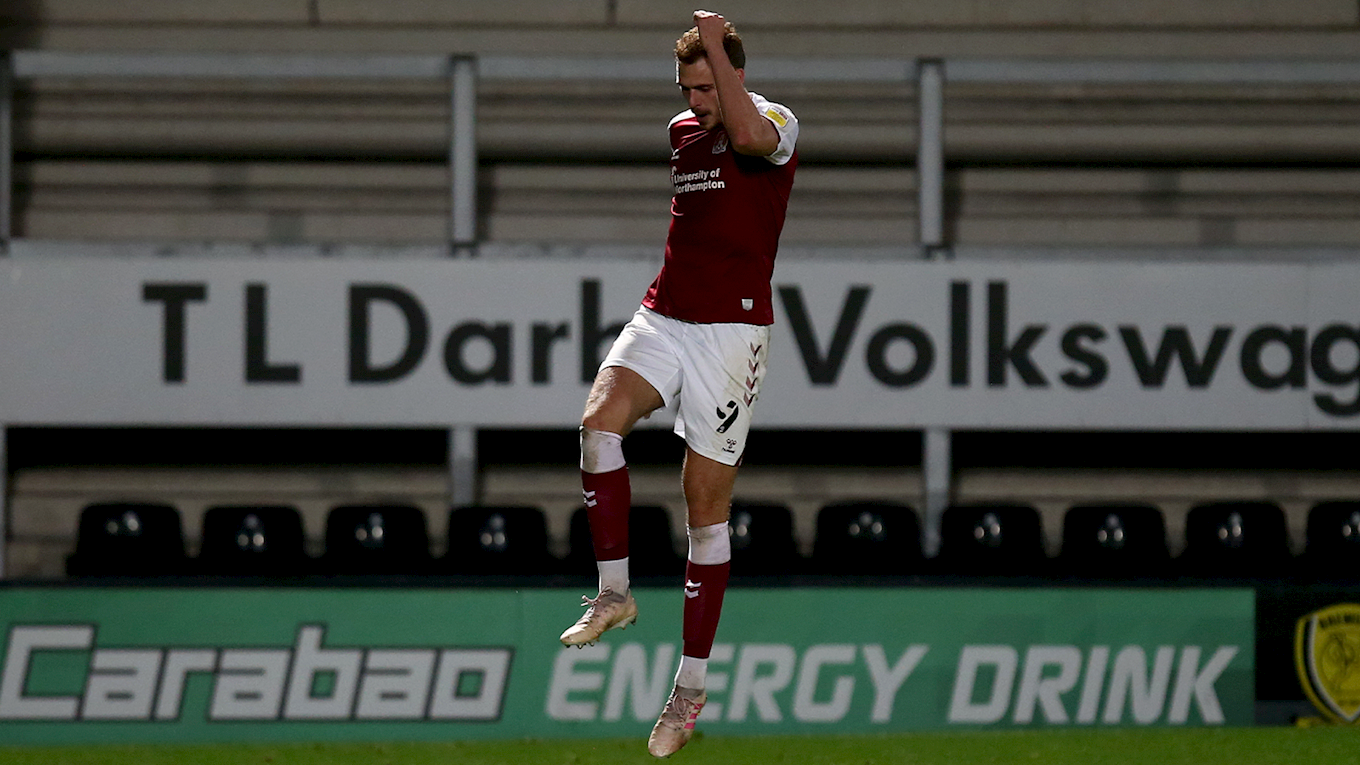 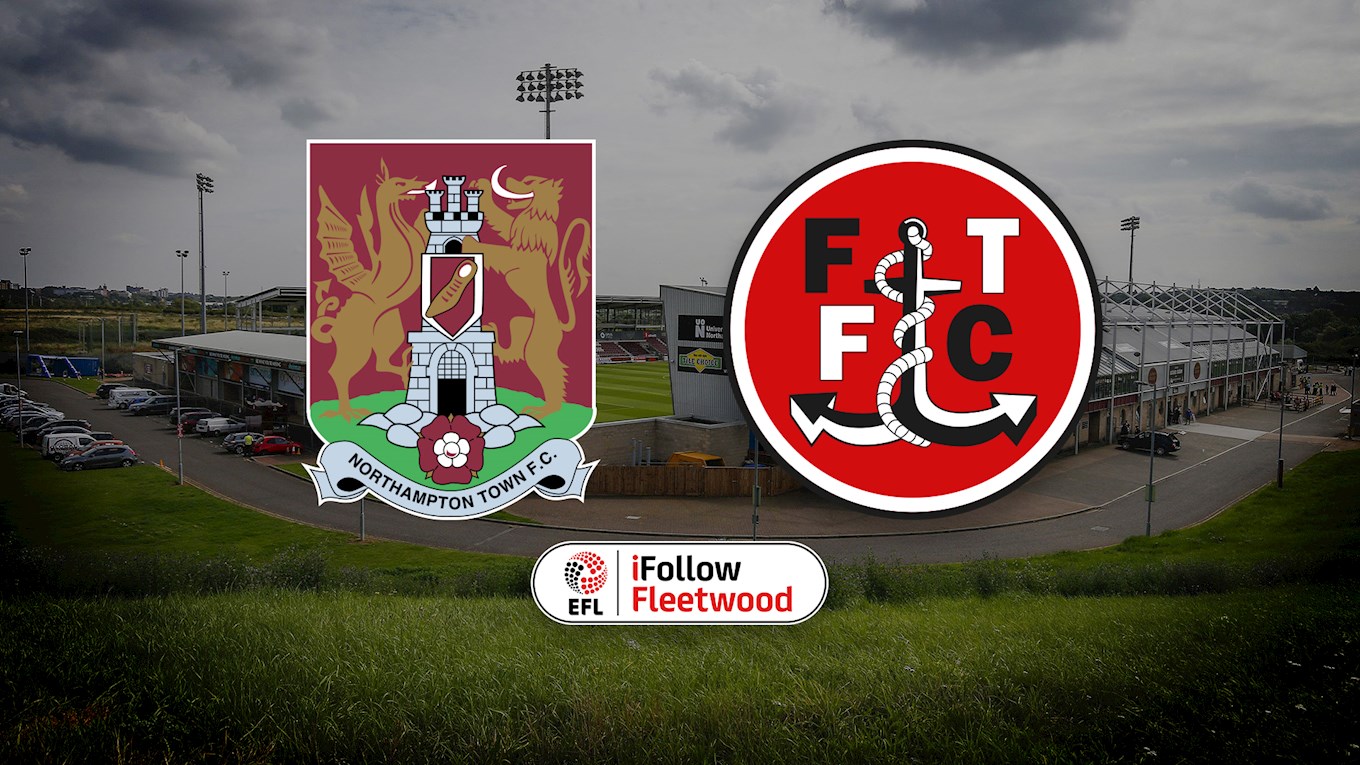 Fleetwood Town fell to a 1-0 defeat to Northampton at the PTS Academy Stadium on Tuesday evening in Sky Bet League One, despite a dominant performance.

Town controlled the possession and play throughout the game but it was a corner at the start of the second-half which decided the result as Cian Bolger jumped highest and nodded it into the back of the Fleetwood net.

The game got off to a cagey start with both teams contesting for the ball in the middle of the park whilst trying to find their feet.

The first chance of the game fell to home side when Benny Ashley-Seal tried to meet Nicky Adam’s looping cross with his head, but the forward wasn’t able to make enough contact to direct his effort on target.

At the other end, Callum Camps came close to opening the scoring for Fleetwood. Paddy Madden headed down Tom Edwards’ cross into the path of the midfielder whose effort flew just wide of Steve Arnold’s goal.

The Cod Army came close again when Ched Evans received the ball on the edge of the Northampton box. He found Camps in space who, after seeing off a defender teed up Sam Finley whose effort was deflected wide – Callum Connolly headed over from the resulting corner.

A flurry of Fleetwood attacks saw more pressure piled on the Cobblers goal. This time Evans created an opportunity for himself to score. He saw off his marker and cut inside before striking the ball, but Arnold got down to his right-hand side to make the save.

After taking a short corner, captain Paul Coutts led by example and tried his luck from range but saw his strike fly just wide of the post.

Evans had another chance to test Arnold after winning a free-kick 20 yards from goal. His powerful effort flew through the wall towards the bottom left corner, but the Northampton stopper was up to the challenge meaning the two sides went in level at the break.

Against the run of play, it was the hosts who broke the deadlock just two minutes into the second half when Bolger headed Adams’ in-swinging corner past goalkeeper Jayson Leutwiler.

Fleetwood’s responded well and pushed for an equalizer. Coutts’ floated ball into the area was met by the foot of Evans but his attempt was no trouble for the goalkeeper.

With just under 20 minutes to go, Fleetwood almost found a way through when Finley placed a nice one-two with Evans who tried to find Madden on the penalty spot, but the ball was intercepted and cleared to safety.

Finley came close again to levelling the score when Wes Burns cushioned the ball into his path, but his effort veered wide of the target.

Moments later Danny Rose called Leutwiler into action when Marshall played him through on goal. The Fleetwood stopper was able to parry the ball to safety. 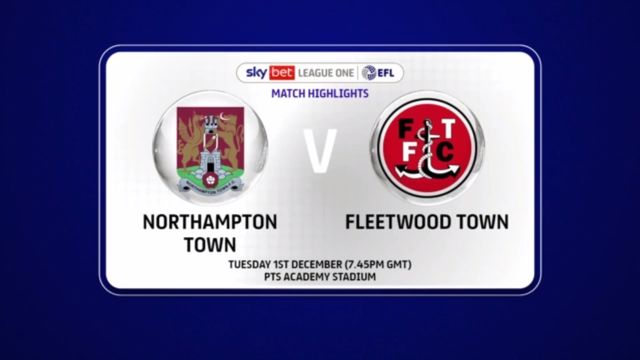 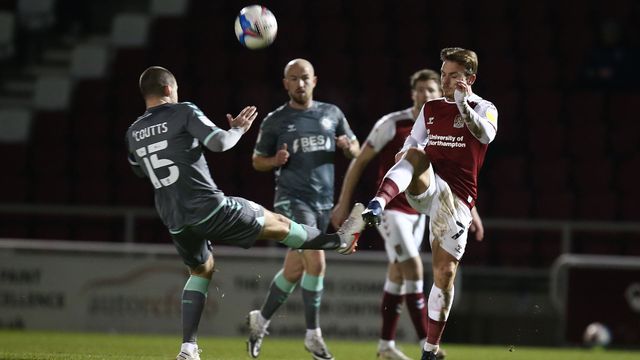