Fleetwood Town face Rochdale on Saturday 10 April at Highbury Stadium in Sky Bet League One, and we have all you need to know ahead of the 3pm kick-off in our match preview. 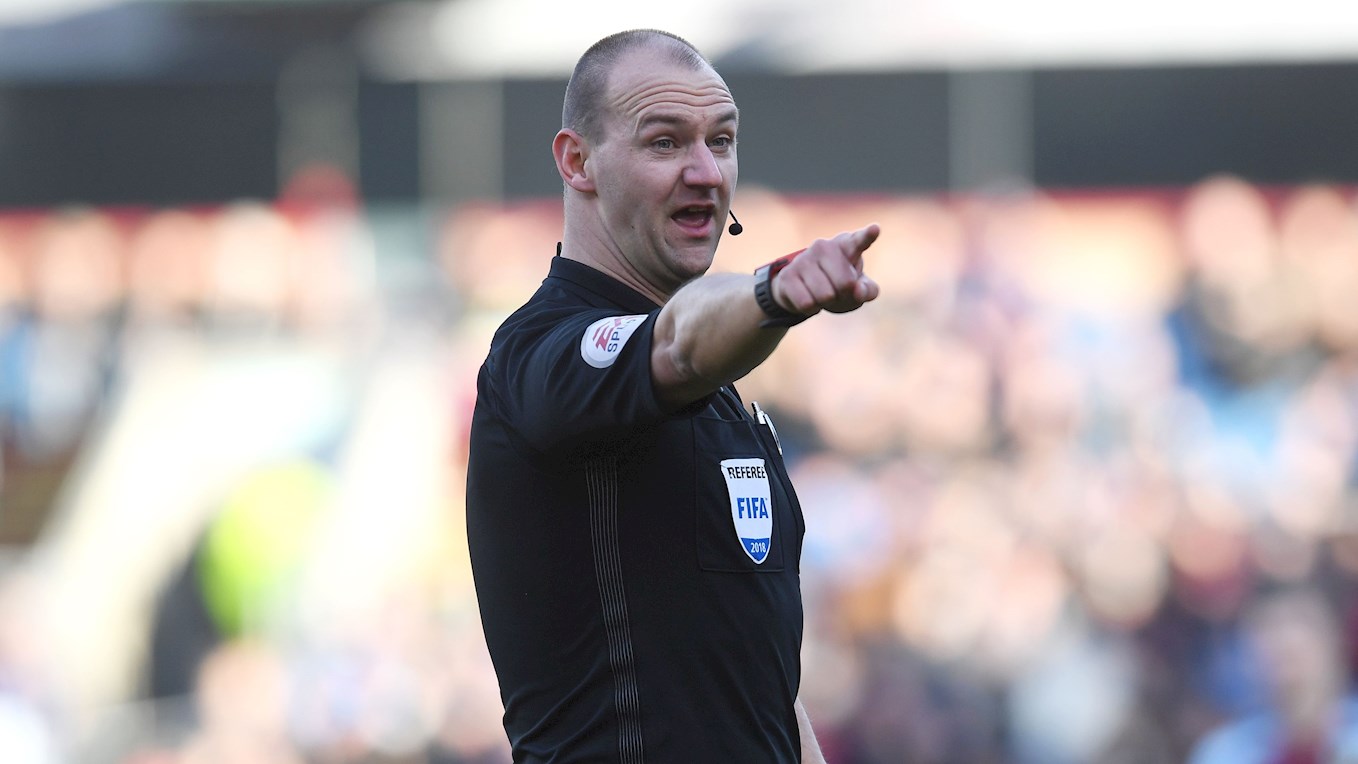 The Cod Army managed to come out 1-0 winners in their last outing on Easter Monday against AFC Wimbledon, and they will want to add to that when they host Rochdale.

It was a scrappy affair for much of the game in South London, but a defensive error put the hosts’ goalkeeper under pressure just two minutes from the end, which substitute Barrie McKay pounced upon, meaning Town would end up winners on a cold afternoon.

In the game before that, Fleetwood were on the opposite end of that scoreline as they narrowly lost out to Peterborough United at Highbury. It was an 89th-minute free-kick scored by Jonson Clarke-Harris, giving his side the lead and all three points in the game. 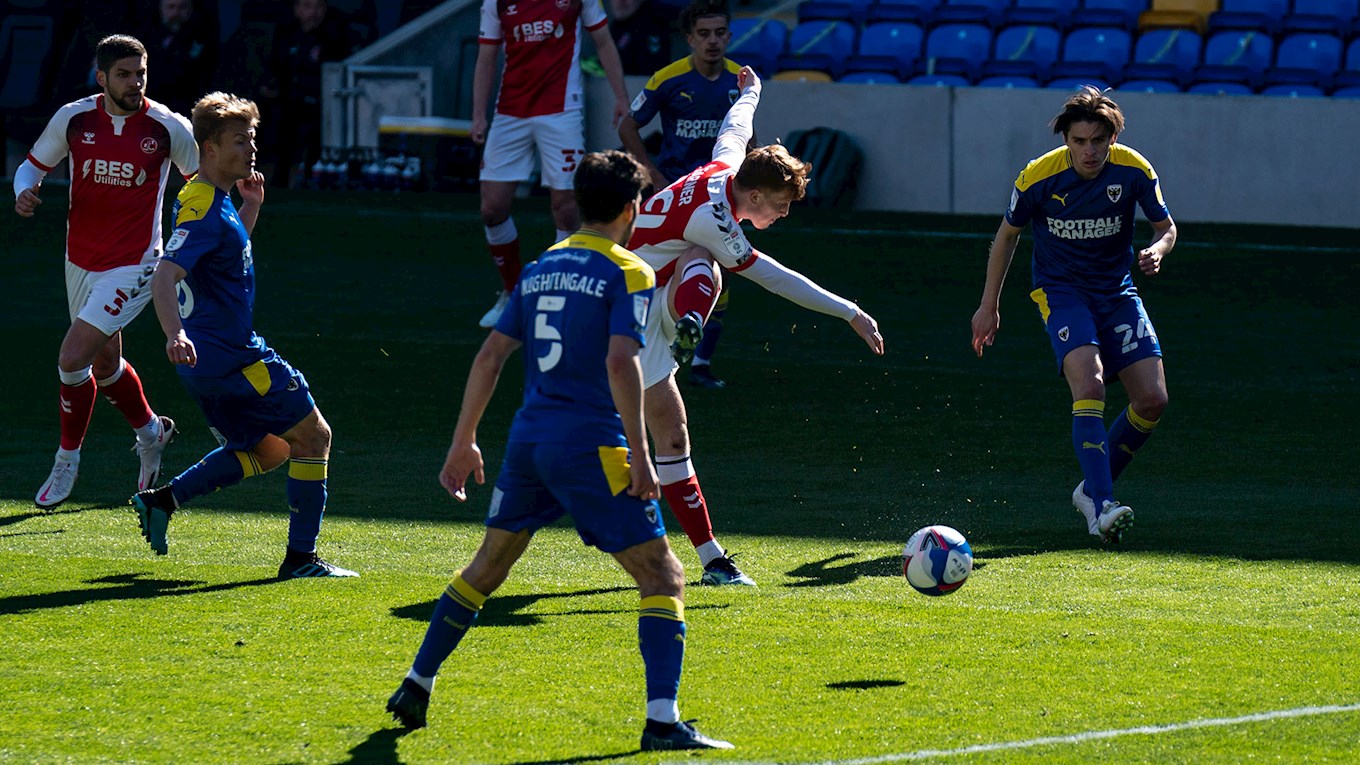 Rochdale have had varied form over the last few weeks as they have managed to pick up five points from their last four games.

Last time out, Dale kept out play-off chasing side Ipswich Town as they played out a goalless draw at the Crown Oil Arena, and they just fell short in their away clash against Portsmouth the time before that. Jake Beesley scored late on in that game, but it wasn’t enough to overturn Pompey’s lead – which was courtesy of goals from Ryan Williams and Ronan Curtis.

Brian Barry-Murphy’s side have had a tough schedule, facing teams at the peak of the table, and they ended up playing out a thrilling 3-3 draw against second-place side Peterborough United at home. Late drama ensued in that game as Beesley drew the game level three minutes before the end and Jimmy Keohane thought he had won the tie after his goal in the 90th minute, but a last-second penalty ruined the day, with Clarke-Harris finding the back of the net from the spot.

The one to watch from Dale this weekend is forward, Stephen Humphrys. The 23-year-old hit the ground running at the Crown Oil Arena this season and has managed to score double-digit goals in his first season there.

The Oldham-born attacker began his career down in London with Fulham but spent the majority of his time at the club from Craven Cottage out on loan. His first loan spell was at Shrewsbury Town in 2017 and gained some valuable experience there, as well as finding the back of the net on two occasions.

More first-team football followed at his next two loan stints at Rochdale and Scunthorpe United respectively. In that year in his career, he scored eight goals and made over 35 appearances.

Humphrys then made his first permanent move in his career as he swapped London for Southend in January 2019. On his debut for the Shrimpers, he made his mark instantly as he bagged a brace in a 4-0 win over Bradford City at Valley Parade and would go on to score a further nine goals in all competitions.

A trip back to Rochdale was on the cards in September 2020 and showed that he can add to the sides scoring tally throughout the season. He has been in form in the last couple of games, scoring two in the last two, and has scored 10 in total. 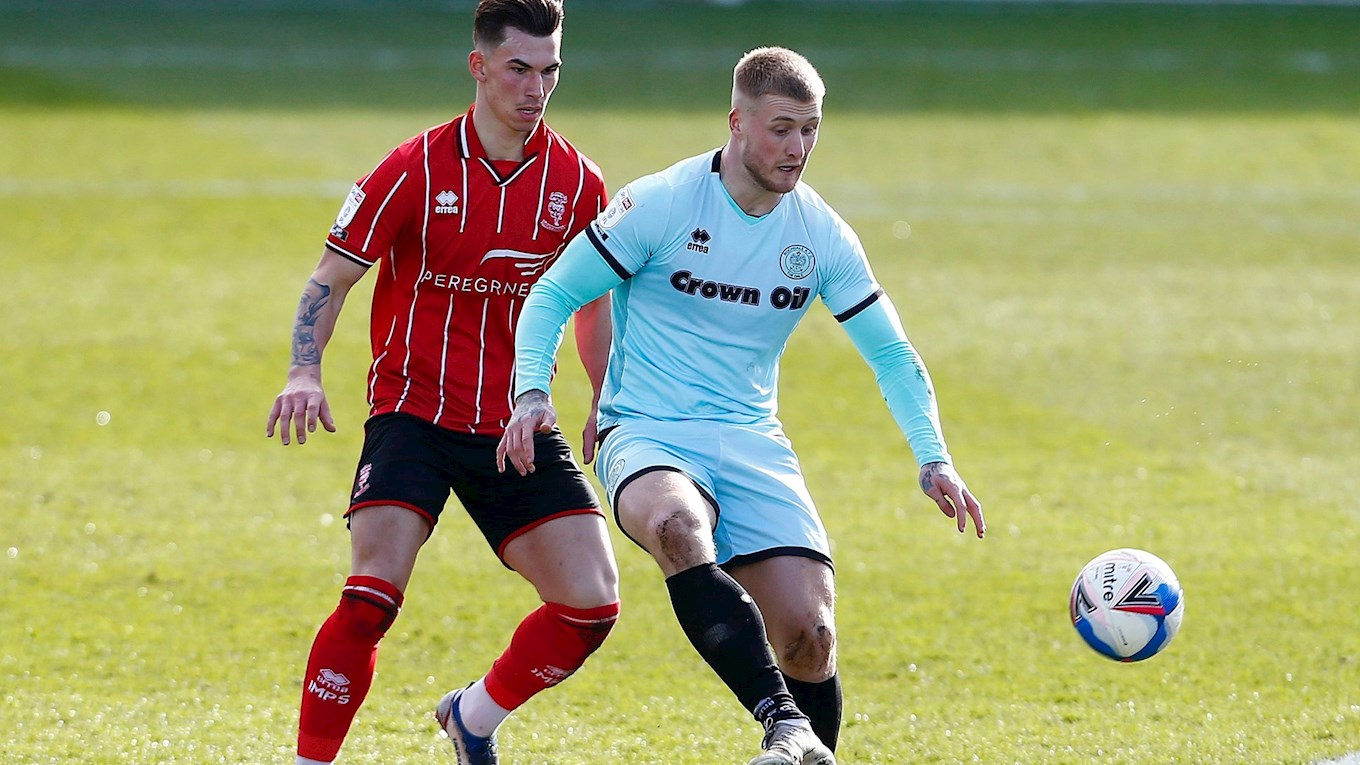 Simon Grayson's side are set to host Rochdale in a league clash at Highbury on Saturday and you can watch the game for just £10! 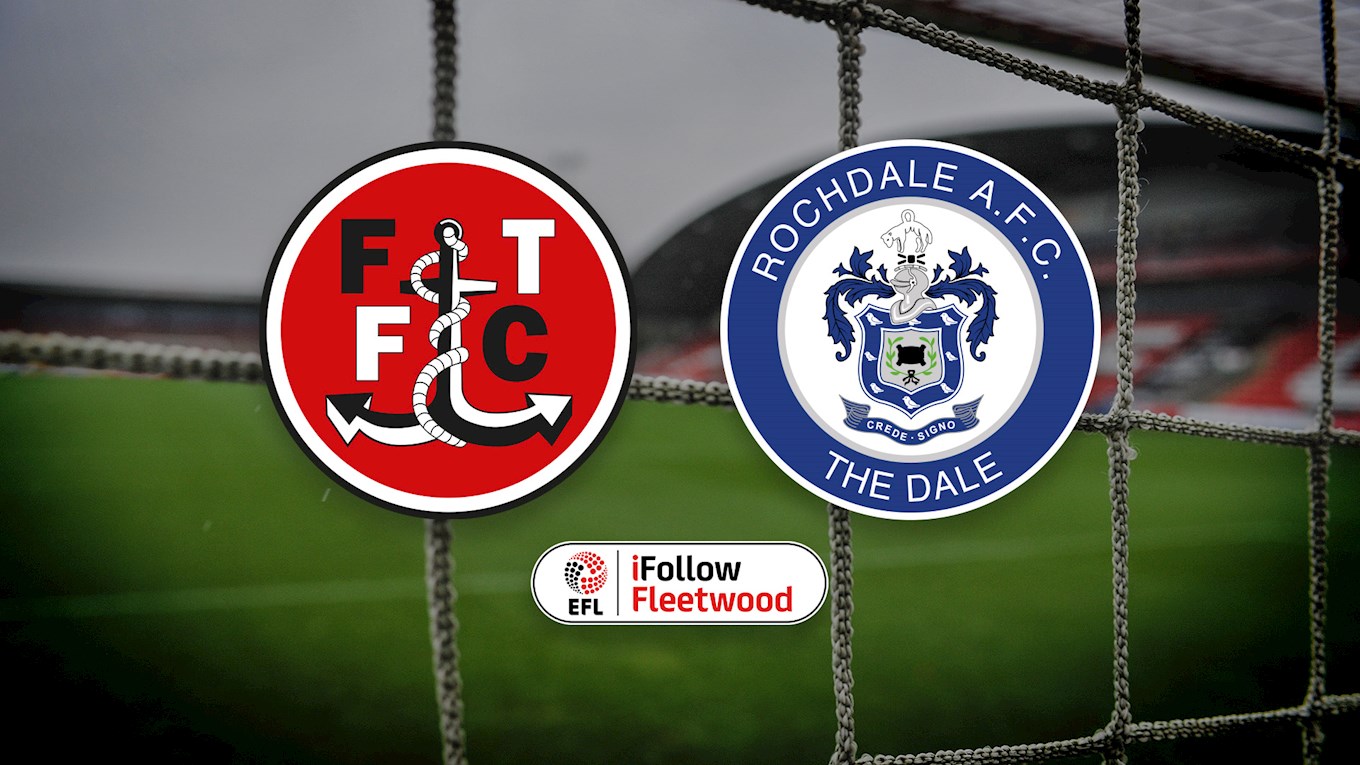 Fleetwood Town made it two wins in a row on Saturday afternoon as they managed to beat Rochdale 1-0 at Highbury Stadium.

The Cod Army created chances throughout the game, testing Brian Barry-Murphy’s defence at all stages of the game, but it was an own goal that was the difference on the day as Wes Burns’ cross went past the Rochdale goalkeeper after a deflection off Eoghan O’Connell’s leg.

Fleetwood had the first major chance of the game, and it wasn’t long after kick-off, as Dan Batty whipped in a free-kick from the right towards Callum Connolly at the back post, who rose highest, but headed just wide.

A couple of minutes later, Janoi Donacien burst forward from a defensive position before laying the ball back to the edge of the box, where Batty tried his luck but his shot struck an onrushing defender.

Town carried on the pressure, with another chance coming from a corner. This time it was played short to Danny Andrew, who aimed his cross towards the rising Burns, who headed inches wide of the near post.

Just before the half-hour mark, substitute Kwadwo Baah had a chance on goal but dragged it well wide of the target. Ryan McLaughlin just about kept the ball in play, pulled it back to Oliver Rathbone, whose effort is cleared off the line.

The game had some half-chances before the half, but the next big chance fell to the visitors as Baah cut back onto his right foot, crossed the ball in towards Jake Beesley, whose stooping header is easily saved by Cairns.

Fleetwood broke the deadlock soon after as Burns drove down the right and drilled a cross into a packed six-yard box, but the pass collided with the legs of O’Connell, before going into the back of the net from a couple of yards out.

In the 66th minute, Kyle Vassell looked like he was going to add to Fleetwood’s tally at Highbury as he latched onto a through ball from deep, but he sliced his shot just wide of the far post and was flagged for offside by the linesman.

With ten minutes to go, Burns dribbled past his man on the right, worked his way into some pace, and decided to try his luck, with his effort going narrowly wide, past Jay Lynch’s far post.

Just before the end, Rochdale had some chances to try and level the game up as Aaron Morley tried to catch Cairns off-guard with an effort from distance, which went inches wide of the post. They had another chance soon after as Jimmy Keohane found Baah, but his shot was blocked and eventually cleared. 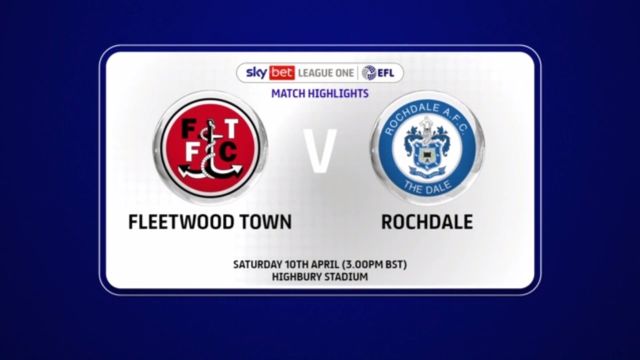 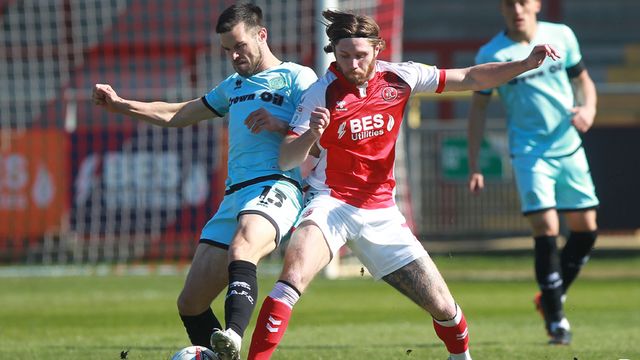