Fleetwood Town travel to Portman Road on Tuesday 3 March to face Ipswich Town in Sky Bet League One, and we have all you need to know ahead of kick-off in our match preview.

Tuesday night's fixture between Ipswich and Fleetwood will be Mr. Hair’s first game officiating the Cod Army this season.

Hair has officiated 25 games this season in all competitions, and branched out 77 yellow cards and three red cards. 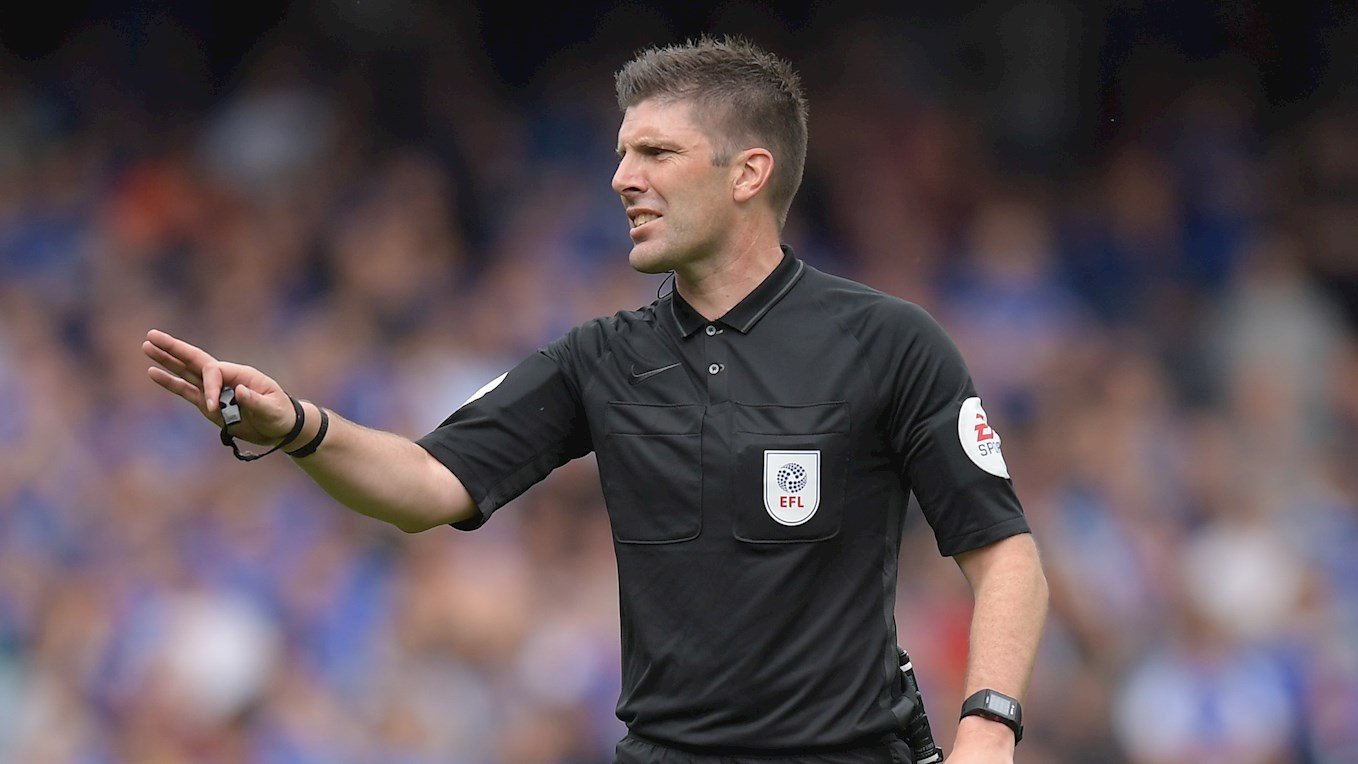 After the last minute despair away at fellow promotion hopefuls Sunderland, The Cod Army’s trip to Tranmere Rovers was postponed due to a waterlogged pitch. The Cod Army are still in fine form after no defeats in their last 9 games.

There are no new injury concerns, with Town’s head coach looking to keep the seven game unbeaten run going against another side looking to push for a play-off place. 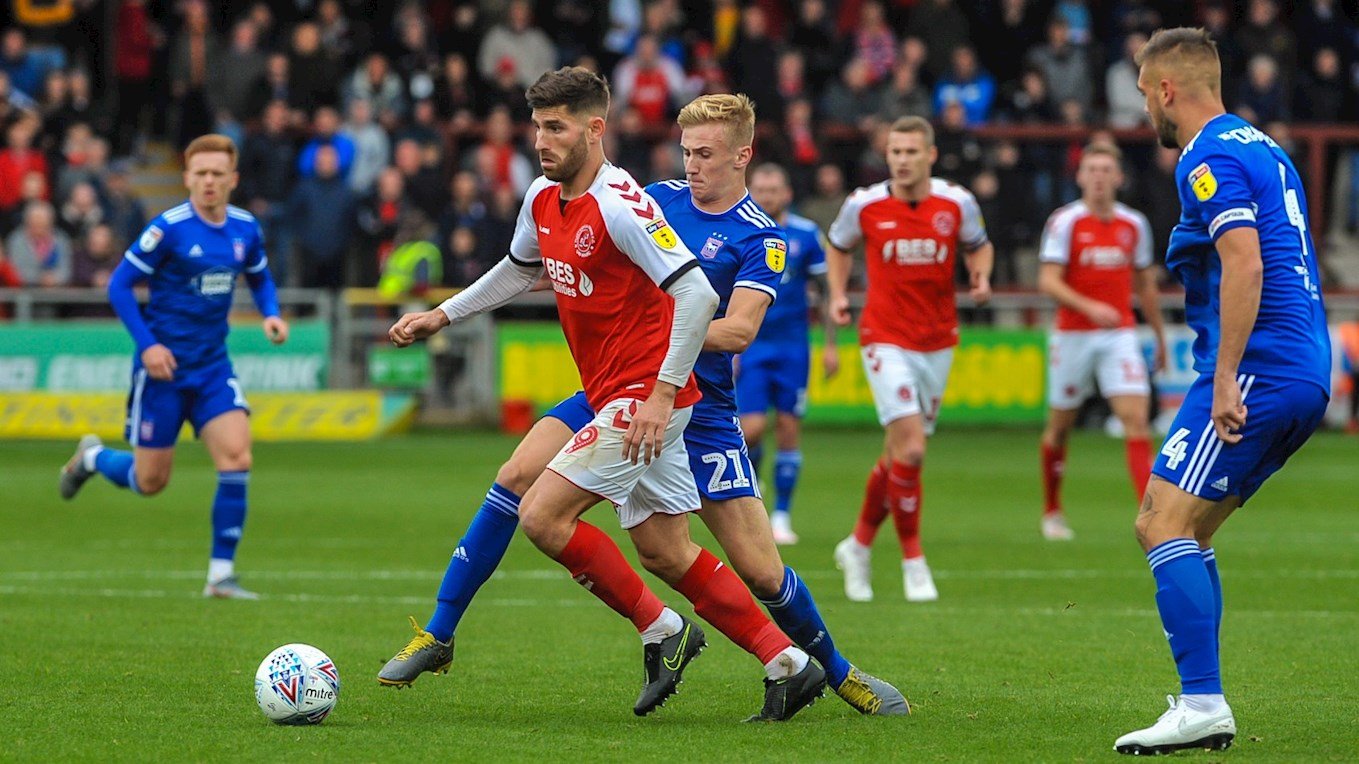 Ipswich Town - who currently sit 9th in Sky Bet League One - are just one place below Fleetwood in the table, however they have played two games more than the Cod Army.

Ipswich have won one of their last five, drawing one and losing three. Most recently, they lost 2-1 to Blackpool at Bloomfield Road on Saturday. Ipswich did fall behind at the weekend, However, Freddie Sears levelled terms just after half-time, with the Tractor Boys leaving empty handed after the Seasiders scored in added on time. 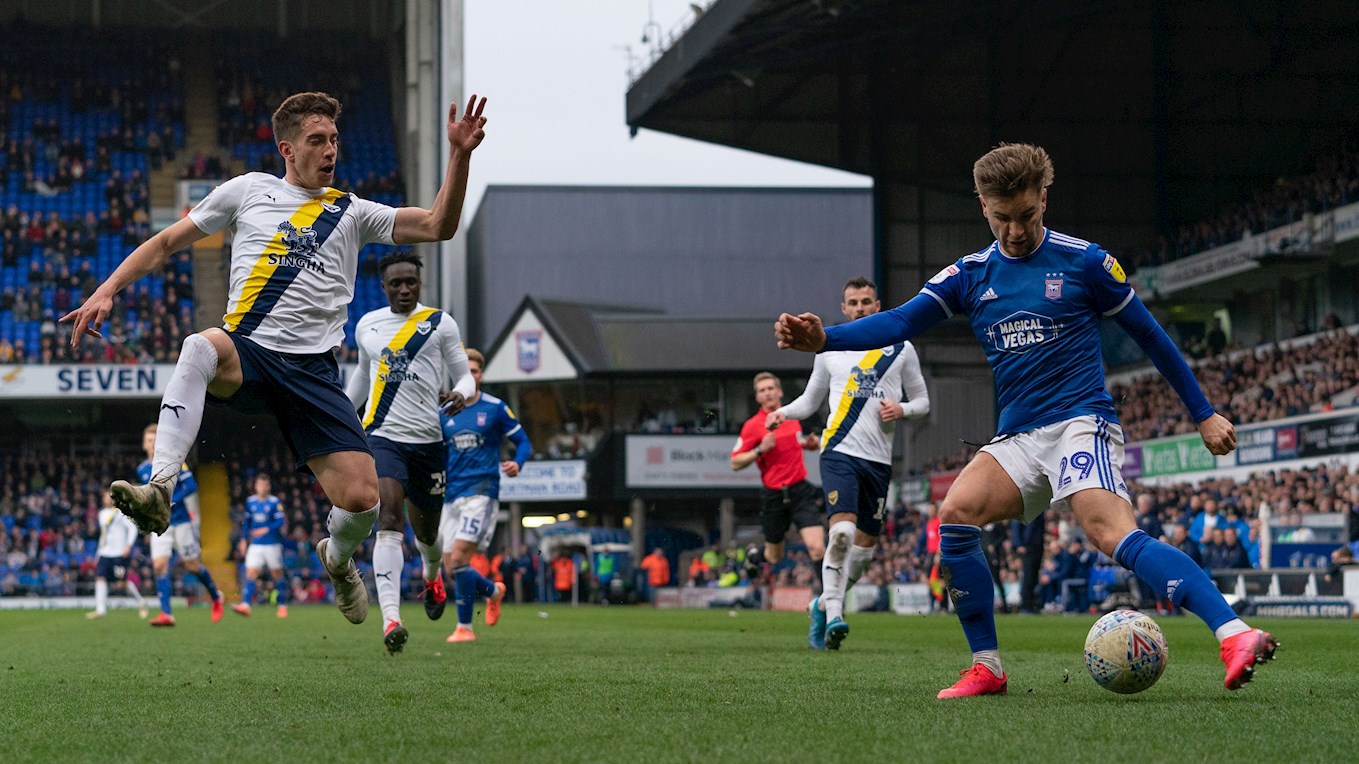 ONE TO WATCH – FLYNN DOWNES

One for Town fans to keep an eye out for on Tuesday Night is Central Midfielder Flynn Downes The 21-year-old has played 30 matches in all competitions this season, scoring 2 goals, as well as chipping in with an assist in the process.

Downes has been at Ipswich since the age of seven. He made his first team debut on the opening day of the 2017-18 season. Downes has had a loan spell at Luton making 10 appearances and gaining promotion to League One.

The England U20s man has been a key performer for Paul Lambert this season, with the midfielder having apass accuracy of 81% for the season. 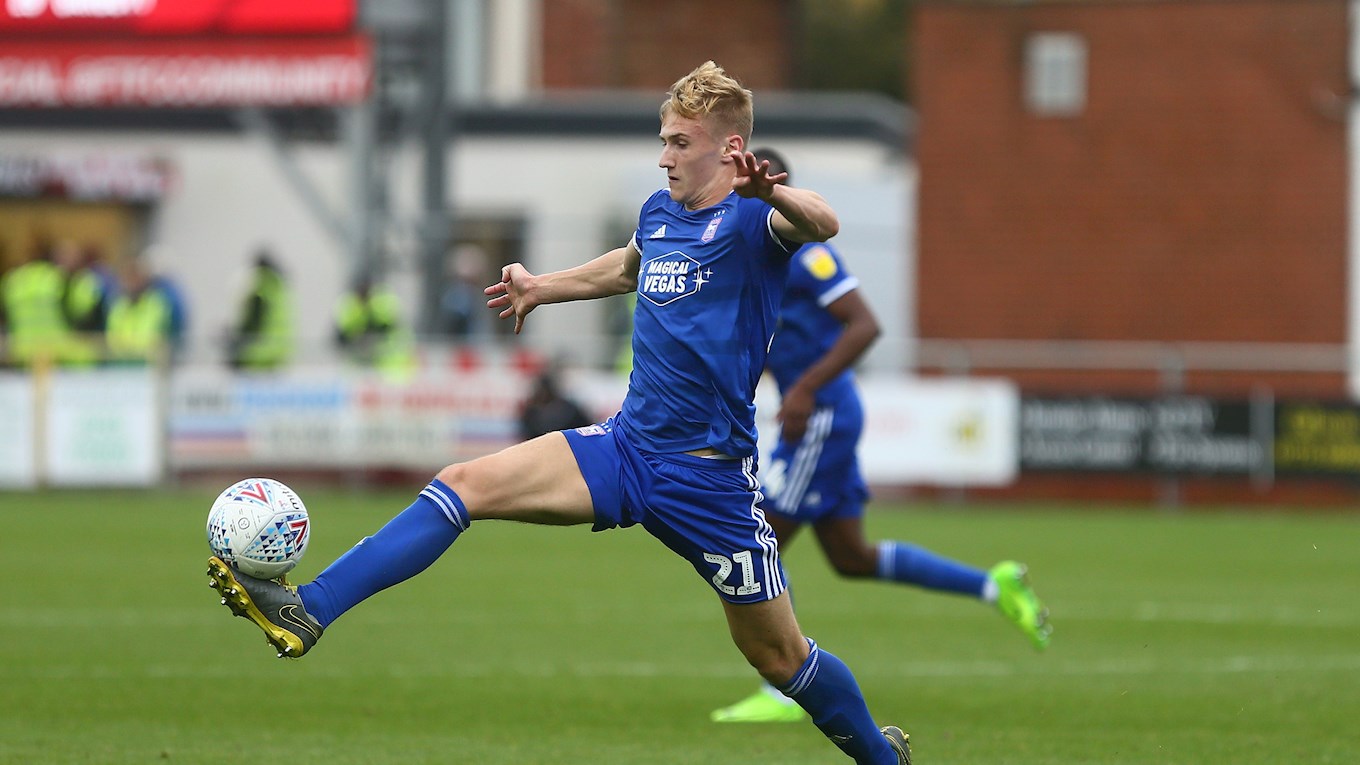 If you can’t make Tuesday’s match against Ipswich, don’t worry as we have it covered with iFollow – meaning you can live stream or just listen to full match commentary in the comfort of your own home.

For just £10, supporters all over the world can watch the Cod Army on their mobile phone device, or on laptop in the comfort of their own home. CLICK HERE TO BUY YOUR IPSWICH MATCH PASS!

If you require any further details, please email sam.fielding@fleetwoodtownfc.com, or contact the EFL on ifollow@efl.com. 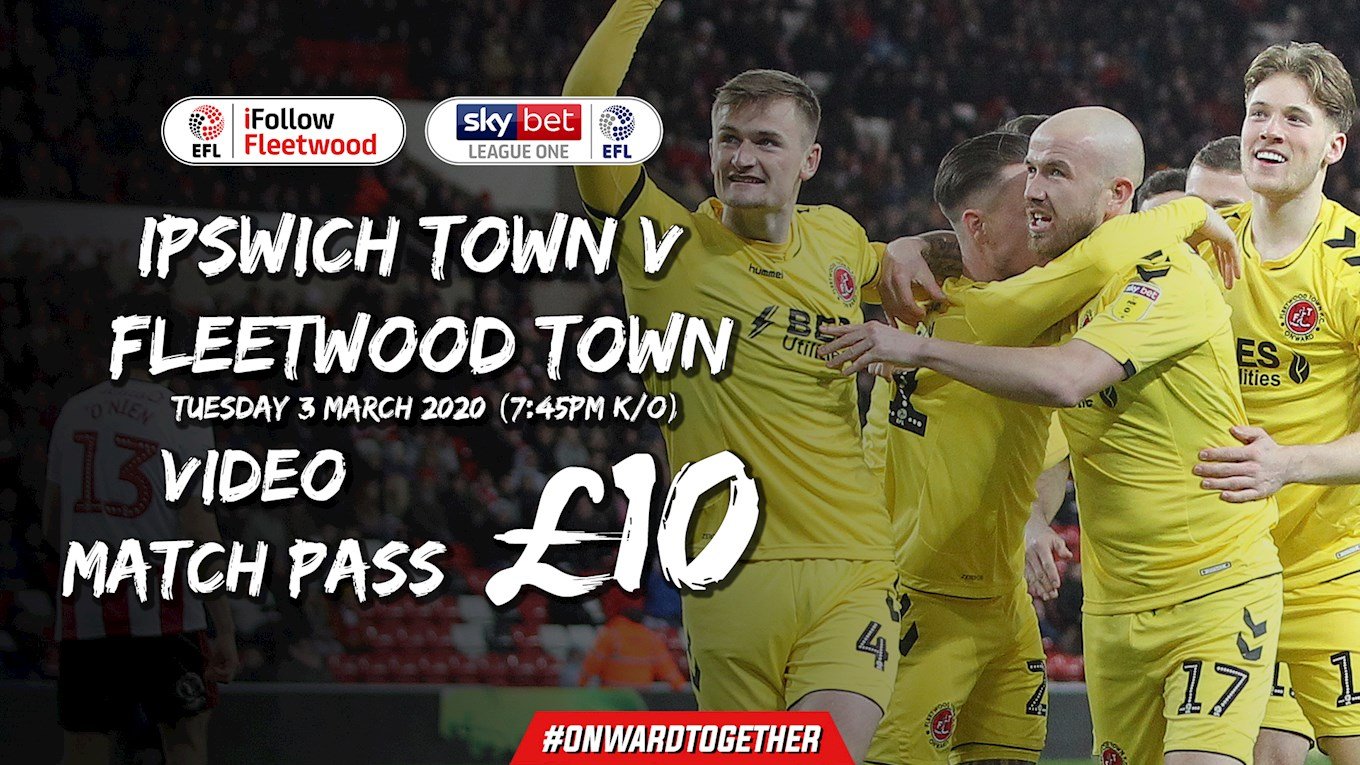 If you require further details on tickets, please contact the Ticket Office on 01253 775080, or head down to Highbury Stadium to see a member of staff in the club shop. 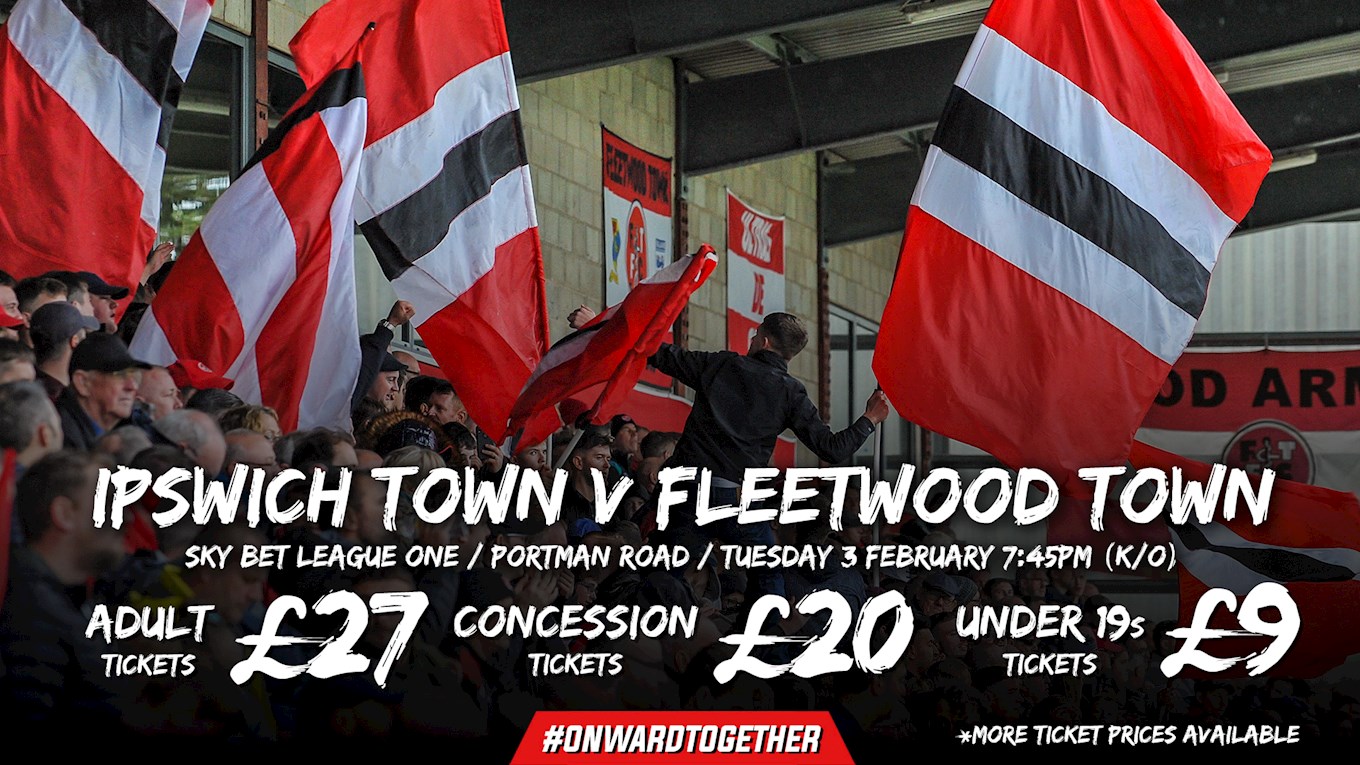 Paddy Madden is 4/1 to score first. With Ched Evans Back in the side, he can be priced at 23/10 to score at any time. 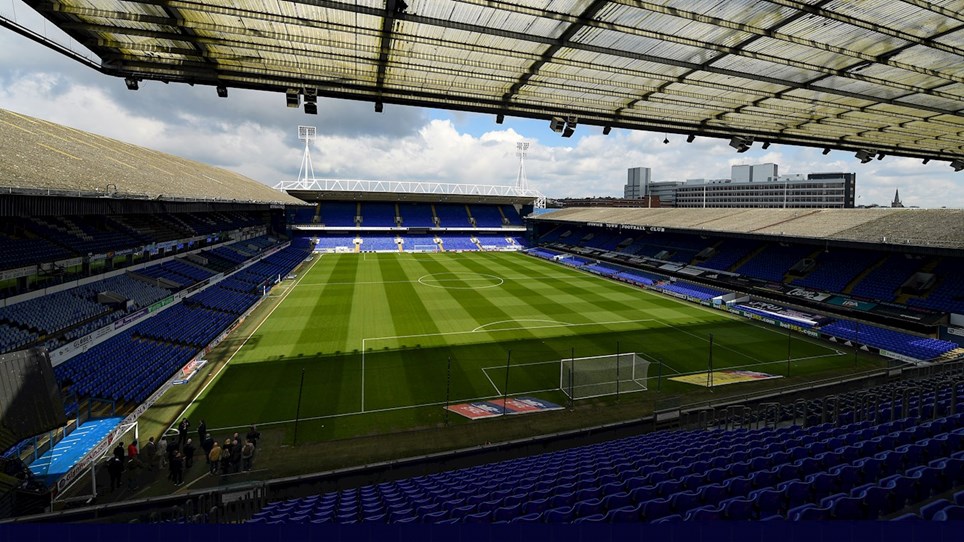 Join the Cod Army on the road at Ipswich Town


Tickets and travel are on sale for Fleetwood Town’s first ever trip to Ipswich Town in March.

Substitute Ched Evans’ first half strike was enough to send the Cod Army back into the top six, with Alex Cairns ensuring the points returned to the Fylde Coast with a string of important second half saves.

This was Fleetwood’s sixth win out of seven games, and a tenth game unbeaten in what is turning out to be a superb run of form.

Head coach Joey Barton named an unchanged side from last Tuesday’s 1-1 draw at Sunderland, with Evans replacing Harrison Biggins on the bench.

It was the away side who started the better, controlling most of the possession inside a tense Portman Road. Wes Burns saw plenty of the ball in the opening quarter, with James Wilson in particular defending his low balls into the box well.

Barton – who was watching the match from the director’s box after being banned from the touchline for two matches – saw his team forced into an early change 12 minutes in. Callum Connolly was replaced by Evans, with the on-loan Everton man coming off due to a severe nosebleed.

The Cod Army enjoyed plenty of ball possession and were unlucky not to be ahead on 27 minutes. Paul Coutts found Barrie McKay on the left, whose cross was met by Ipswich captain Luke Chambers, who was relieved to see his effort come off the outside of the post.

However, the deserved goal did come on 40 minutes. A simple one really, with McKay sliding Evans through on goal. Ched saw off the attentions off Chambers and fired past Tomas Holy who did get a touch on the attacker’s left-foot shot.

Harry Souttar and Lewie Coyle – who were excellent throughout – combined to repel a rare Ipswich attack in the first period to allow the visitors to take the lead into the dressing rooms at the break.

In truth, the hosts came out of traps in the second half with more intent than in the first. However, a combination of organised defending and commitment from the Town defence ensured the lead stayed intact.

At the other end, Coyle did force a save from Holy, but his effort from 30 yards was comfortably held at the game passed the hour mark.

It was then the turn of Cod Army stopper Cairns to keep the scores level. Freddie Sears drilled an effort from the penalty spot after an effort was cleared off the line by Evans, with Cairns pulling off a stunning one-handed save to claw the ball away. A massive moment in the game.

Barton’s side looked comfortable for the rest of the second half and saw the game out brilliantly. A huge win and all eyes now turn to Saturday, when Blackpool come to Highbury.

Join the Cod Army on the road at Ipswich Town


Tickets and travel are on sale for Fleetwood Town’s first ever trip to Ipswich Town in March.