Fleetwood Town travel to Wycombe Wanderers on Monday 6 July for the play-off semi-final second leg, and in our match preview, we have all you need to know ahead of kick-off.

Mr. Bond is the referee for the match on Monday, and has predominantly been refereeing in the Championship for the last two seasons. His last match involving Fleetwood though was back in April 2019, when the Cod Army made the short trip to Bloomfield Road.

The man in the middle has officiated in 29 games this season. He has shown 98 yellow cards and two red cards in all competitions this campaign. His last match was on Saturday in the goalless goal between Huddersfield and Preston North End.

THE STORY OF THE FIRST LEG

The last meeting between the two sides was on Friday 3 July at Highbury Stadium in the first leg of the Play-Off semi-finals, and it finished 4-1 to Wycombe Wanderers.

The opening encounters of the game were packed with action as the fixture had three goals by the sixth minute, with Fleetwood's Ched Evans equalising for the hosts after Nnamdi Ofoborh's opener found the back of the net through a crowded penalty box. Town were down to ten men midway through the first half as Lewie Coyle saw red for a rash tackle on Joe Jacobson - who later saw his penalty saved by Alex Cairns. But the drama wasn't over, David Wheeler scored just before the break to see the Chairboys lead 3-1 at the interval.

Fleetwood began the second half the brighter of the two sides, but it was the visitors who scored the next goal when Alex Samuel capitalised on a loose ball to make it 4-1 and put the first leg to rest. Paddy Madden picked up two quick yellow cards after he was denied a penalty from the referee, meaning the Irishman and Coyle are out of the second leg. 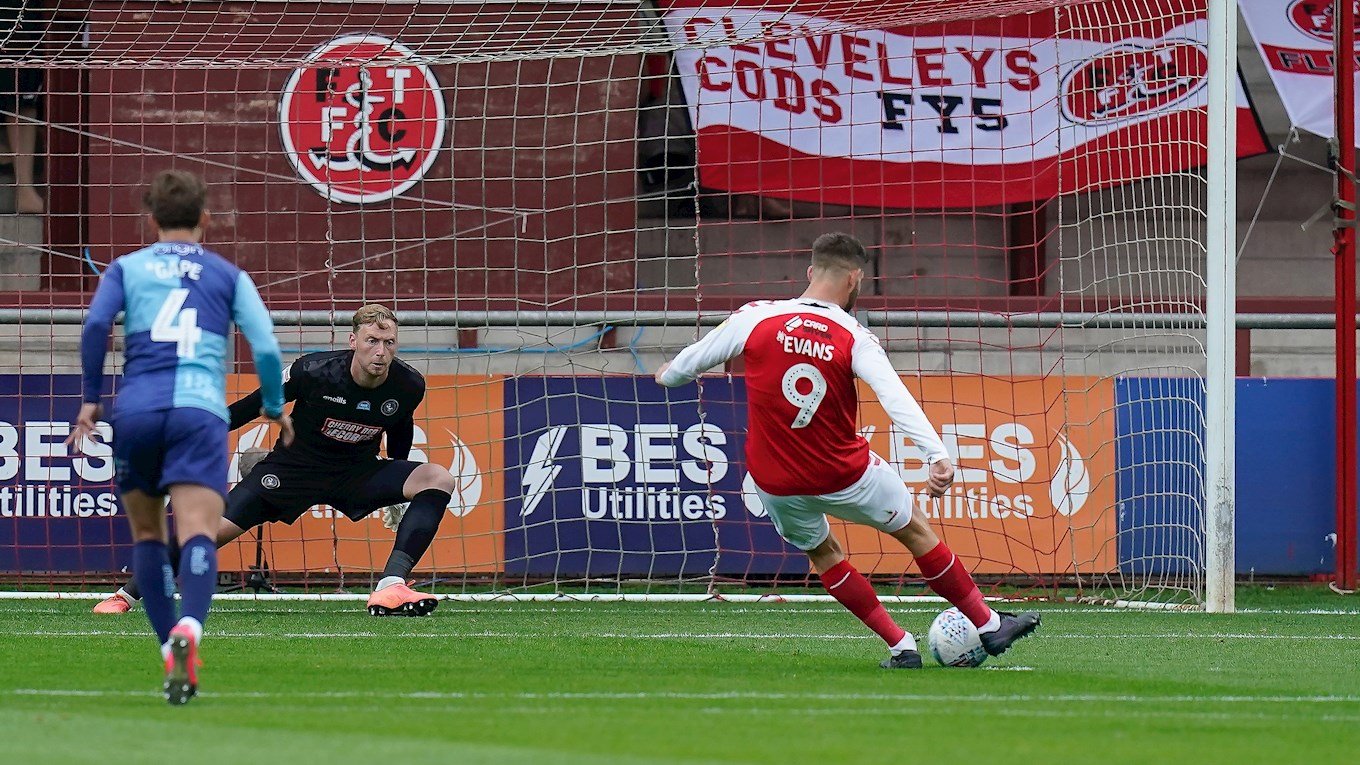 ONE TO WATCH – FRED ONYEDINMA

Onyedinma is a 23-year-old midfielder, who played a huge role in Wycombe’s victory at Highbury.

The six-foot tall Englishman – who was born in Lagos, Nigeria - has played 15 times this season, and in those 15 matches, has only been on the losing side twice (one of those times was back in February when Fleetwood won 1-0 at Adams Park.

He has scored four goals this season, with two coming in the Chairboys’ 3-0 away win at Rochdale back in September. A rarity for the midfielder, but always a threat from set-pieces.

Onyedinma started off his career at Millwall in 2013 where he signed on a youth contract and was loaned out to his current club a year later. He went on to make 27 appearances for Wycombe, before later going back in August 2018 for a six-month loan spell.

The move became permanent in July 2019, and it’s a place the 23-year-old calls home after first playing for the team back in November 2014. 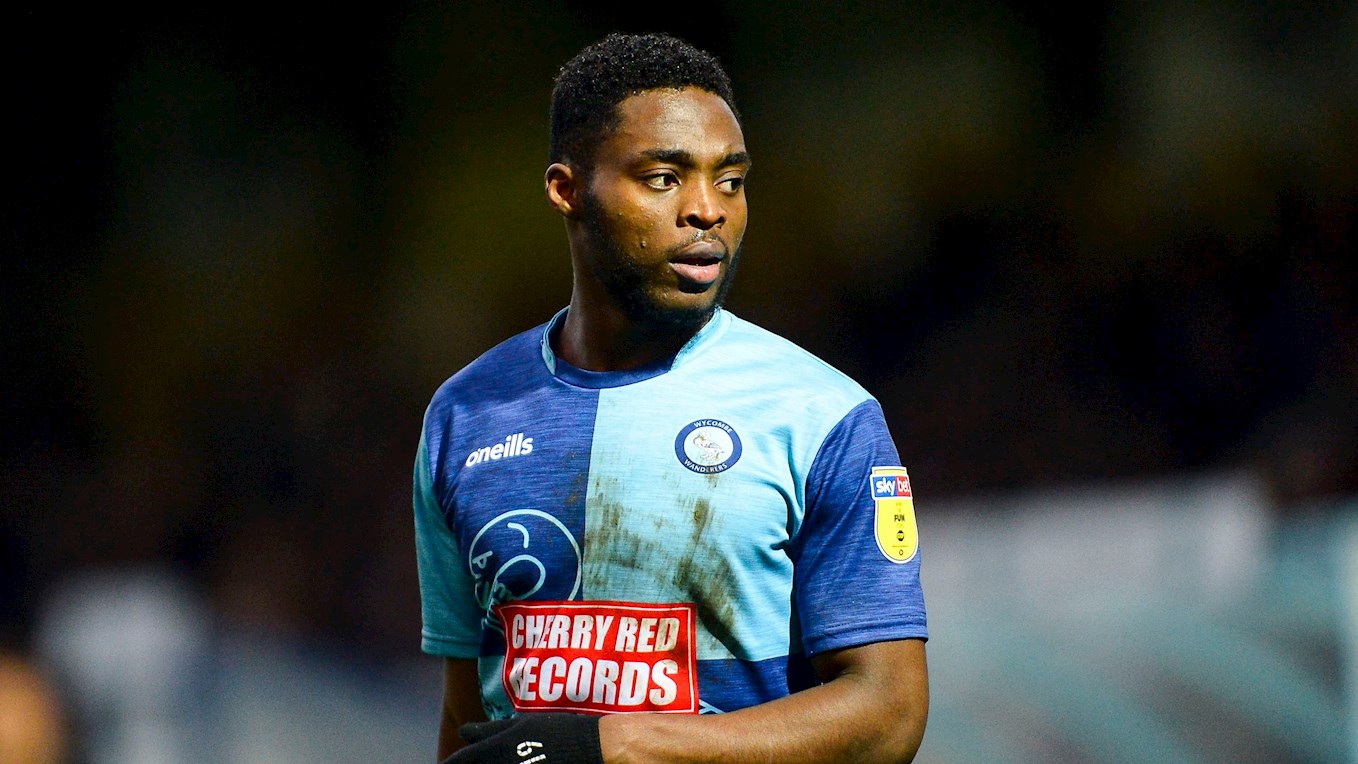 Fleetwood Town head coach Joey Barton spoke after Friday’s encounter against the Chairboys, and know his players will be going to Adams Park to win the match. 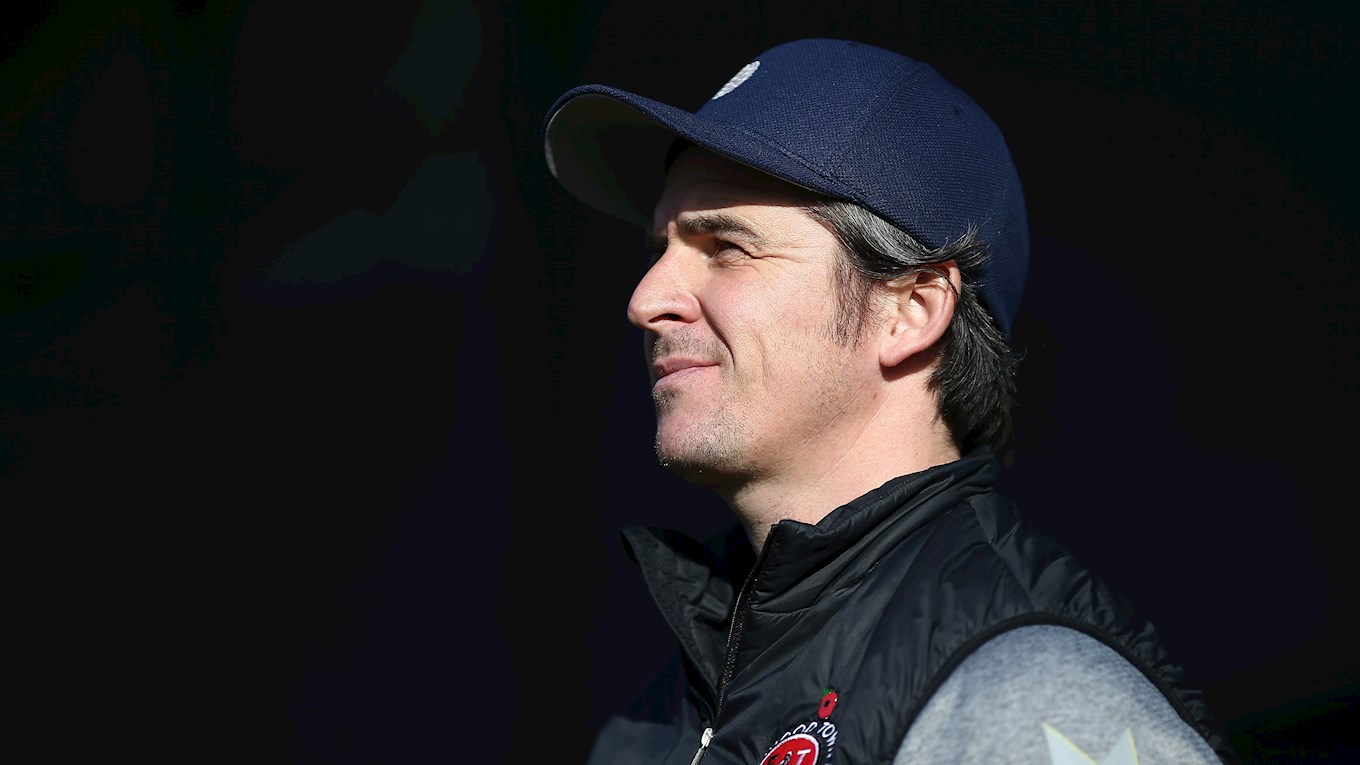 Fleetwood are 8/5 to win the second play-off semi-final against Wycombe, whilst the hosts are 17/10 to win and book their place in the Play-Off Final next Monday at Wembley. A draw between the two sides is currently at 21/10 odds.

One of Sky Bets’ price boosts odds for this fixture is for Akinfenwa and Evans to score, with Jacobson and Coutts to be carded – 80/1.

You can get odds of Josh Morris to score and Fleetwood to win in 90 minutes at 11/2.

Joey Barton’s side are 14/1 to get through to the Play-Off Final. 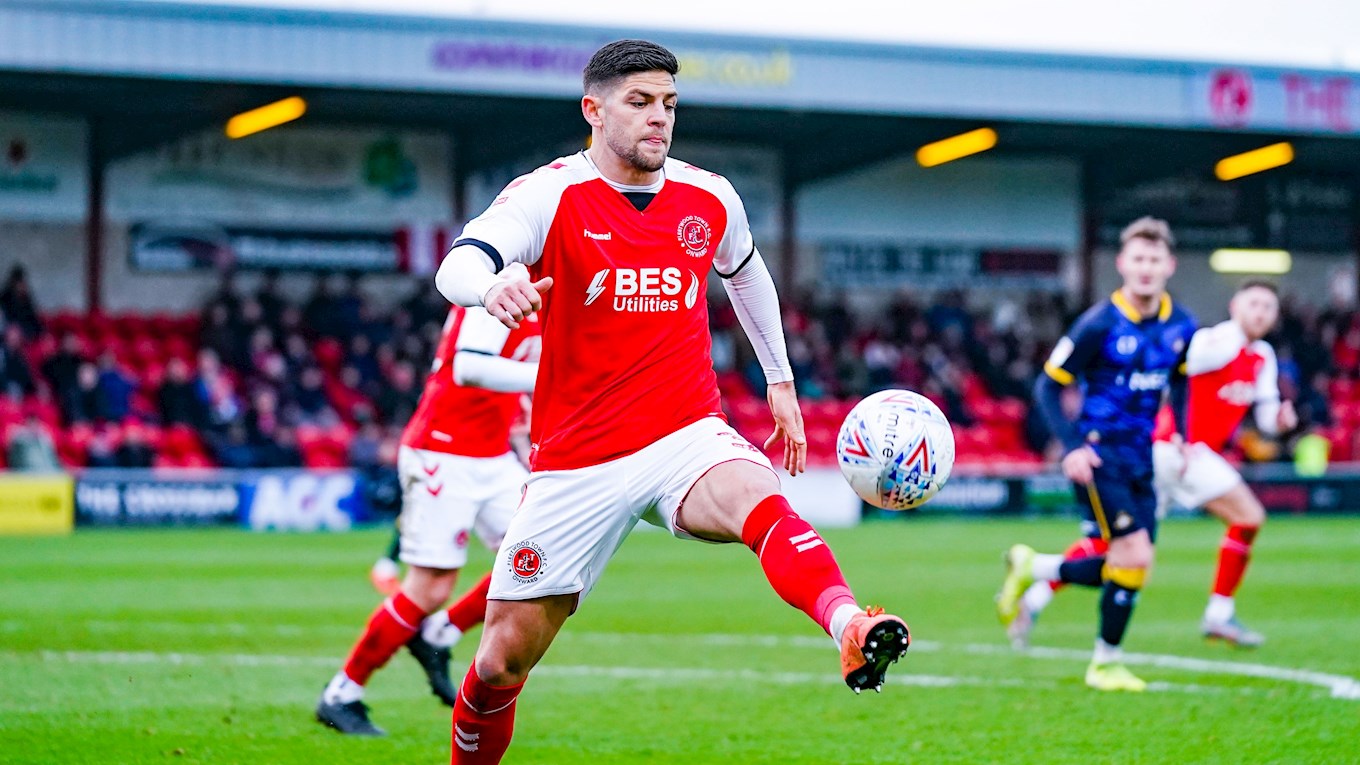 Fleetwood Town dominated the second leg of the Sky Bet League One play-off semi-finals against Wycombe Wanderers but, unfortunately, do not progress after losing on aggregate.

The Cod Army played brilliantly in the second leg of the play-off semi-finals at Adams Park, with Danny Andrew opening the scoring in the first half, thanks to a half-volley from range.

Fred Onyedinma levelled the scoring early on in the second half, before Ched Evans converted a penalty. Onyedinma had a late say in the tie as quick feet and a long-range strike levelled the game on the night, but Wycombe progress.

Fleetwood started the game the better team, and in the fifth minute, they had the first chance of the game. Wes Burns did well to get past Joe Jacobson on right-wing before driving a cross towards Callum Connolly, whose shot goes over the bar.

The Cod Army carried on the pressure in the early minutes as Josh Morris forced Wycombe into a foul around 20-yards away from goal. The winger stepped up to the set-piece, but his shot flew over the bar.

Another set-piece almost worked out for Fleetwood as Paul Coutts drives a corner over the crowded box, towards Andrew but his volley doesn’t trouble Ryan Allsop.

Another chance shortly followed for the travelling side as Burns managed to find Connolly inside the Wycombe box, yet again, but his effort is scooped over the bar.

The game started to calm down after an action packed 10 minutes, with Fleetwood dominating possession in all areas of the pitch.

The deadlock was finally broken by the Cod Army in the 22nd minute. Burns looped a cross towards the back post, Barrie McKay managed to get on the end of it and play it into a dangerous area. Even though the defenders managed to clear the ball, it was only to Andrew on the edge of the box who struck the ball perfectly into the bottom corner.

A heart-in-mouth for Fleetwood in the 29th minute as Nnamdi Ofoborh tried his luck from the halfway line, after spotting Alex Cairns off his line, but the keeper does well to push it out for a corner.

The referee had to make a decision just after the half-hour mark as a McKay shot seemed to have been blocked by the arm of Darius Charles inside the box but the official decided not to award the penalty.

Fleetwood carried on the pressure until the half, with the only half chance being Connolly almost getting on the end of a ball from the left but, unfortunately, couldn’t get his head on it.

Wycombe levelled the game just a minute into the second half as Harry Souttar keeps the ball in play after holding off an attacked, but Onyedinma composed himself and struck the ball past Cairns to make it 1-1.

Fleetwood re-took the lead in the 60th minute as McKay was brought down in the penalty area by Jacobson. Evans stepped up to the penalty and placed it perfectly into the bottom right corner, past Allsop.

The Cod Army produced more great play a few minutes later as Andrew won the ball back inside the Wycombe half. McKay played the ball to Evans, who found Connolly on the edge of the box but his shot goes off target.

Wycombe, against the run of play, fling the ball forwards towards substitute Adebayo Akinfenwa but his shot on the turn is easily saved by Cairns.

Soon after, Fleetwood substitute Kyle Dempsey has a left-footed shot blocked from inside the area, after Souttar heads it down. Andrew then had a chance from the edge of the area but couldn’t keep his effort down.

A game-changing save happened late on as Evans jumped above the Wycombe defenders, but his effort was saved by a diving Allsop.

The final chance of the game fell to Wycombe, who have been on the back foot all game. Onyedinma played a one-two in the Fleetwood half and curled the ball into the bottom corner, past Cairns.