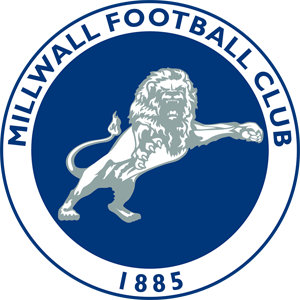 With chances falling for both sides throughout the 90 minutes – in what was soaring temperatures – it was the Lions who nicked the win thanks to a late goal from Shaun Williams.

The Cod Army had their moments in the match through Paddy Madden, Harrison Biggins and Ashley Hunter, but the positives were that young players got a run out, players got more minutes and all came away injury free.

It was a positive start for Joey Barton’s side in Portugal as they got hold of the ball from the first whilst and made Millwall move side to side, waiting for that one opportunity to find the gap in the back line.

Millwall also had their share of the ball, but the hard-running form Town made is difficult for the Lions to play out, meaning they were hitting the ball long to new summer signing Matt Smith hoping for the second ball.

The first chance of the game did fall for Fleetwood, with the Irishman Madden going close with a header at goal, with Frank Fielding being there to make sure the ball didn’t find the net.

Neil Harris’ side picked up the tempo soon after that early scare, and after lovely build-up play, the ball from their full-back Dan McNamara found Smith with an out-swinging cross, and with the looping header going over Alex Cairns, it looked goal bound, but ended up dropping wide.

As half-time came around, Barton made the one change which saw Cairns come off to be replaced by the trialist goalkeeper, and it was the Cod Army who started off the better side again.

With the conditions scorching down pitch-side, the changes kept coming with Ash Hunter and Macauley Southam-Hales coming on, giving that fresh impetus against the Championship side.

Hunter made an instant impact in the centre-forward role, and with him dropping deep to collect the ball, he was allowed to make plays tick and with him starting a move, he nearly finished it off, but unfortunately he couldn’t hit the target.

Biggins had a few chances himself through the match, with one effort towards goal coming from him making a run from deep, just not being able to hit the target from 30-yards out.

Hunter was again involved in the action with 10 minutes left on the clock, and this time it was Dan Mooney who was a second-half substitute who pulled the ball back for the forward to hit the ball narrowly wide.

With the game closing out, there was just time for one more chance, and that chance fell to Millwall who made it count right at the death. It was Williams who scored from close range, keeping their unbeaten run in pre-season going after three games.

Barton made a number of changes in the second half, with young players Southam-Hales, Barry Baggley, Eddie Clarke and Michael Fowler, Dan Mooney all making an appearance against a very experienced Millwall side.

Another game down with more minutes in the legs for Town’s players. The team will travel back to Fleetwood on Sunday morning, with eyes now focusing on their next match against Port Vale on Wednesday evening.