Fleetwood Town take on Accrington Stanley on Saturday afternoon at Highbury Stadium, with Town looking to make it two home league wins on the bounce.

Fleetwood come into this game against John Coleman’s Accrington Stanley after an impressive result away at Sunderland last weekend in Sky Bet League One.

With Town picking up their first home win last time out in the 2-1 victory over Bradford City, the coaching staff and the players are ready to make that record two home wins out of two. Ten changes were made in midweek when Leicester City U21s travelled to the Fylde Coast, with a number of the Sunderland squad being rested.

Joey Barton spoke to the press on Thursday morning and talked about Accrington Stanley and their success last season, the ones to watch, and his own team news going into the match. 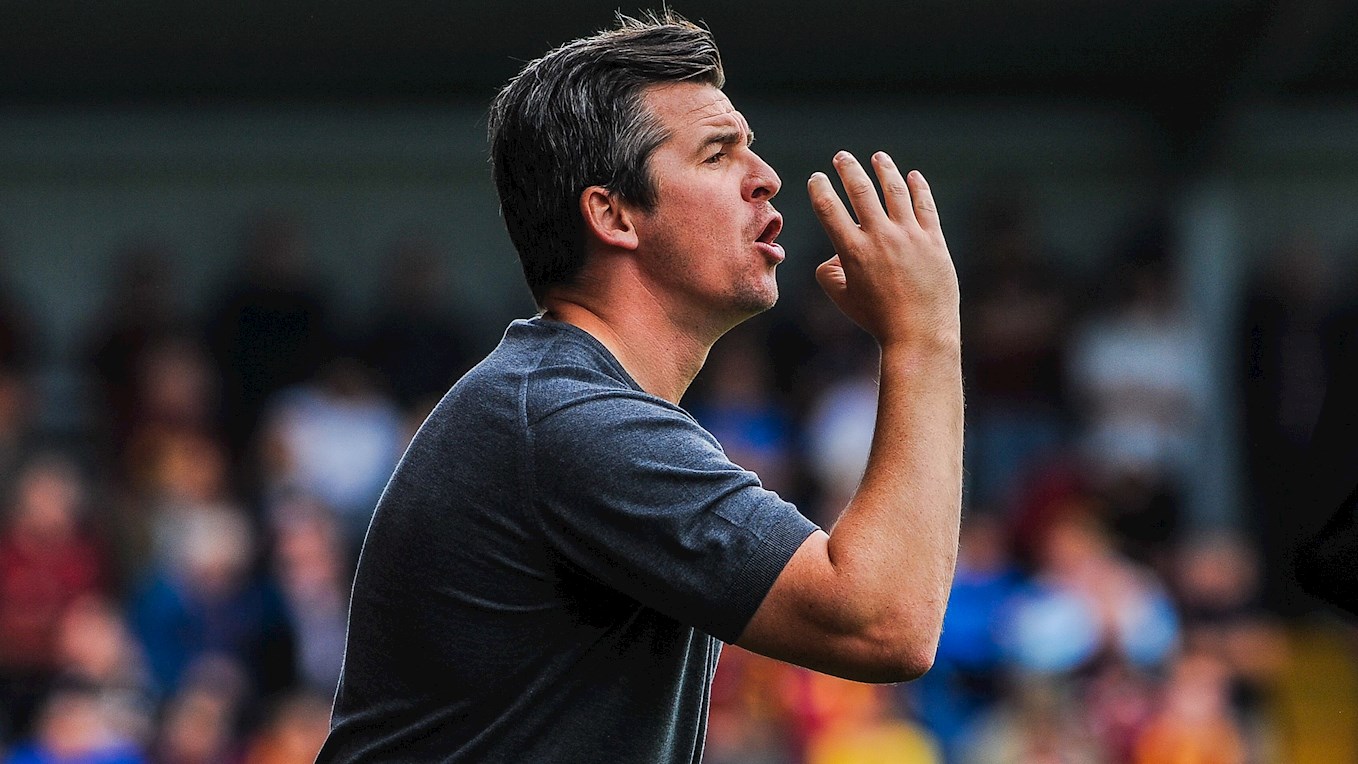 “They had a phenomenal year last season when they went on to win League Two and the club have made a great start to their campaign. The club builds its success around the togetherness that they have.

“I have spoken to our lads about games and in the games where you are expected to win, they can be the ones where it is the most difficult to pick up the points and from watching footage of them, they are a team and that is the biggest compliment I can give them.

“They all work together and have that togetherness and alongside that, they have talent with the likes of Billy Kee – who was Accrington’s top scorer last season with 25 league goals – Sean McConville and Jordan Clark, so we know it will be tough.

“We need to be on our metal and if we are at it, we have the players and that has been shown in recent weeks that we are a match for anybody.” 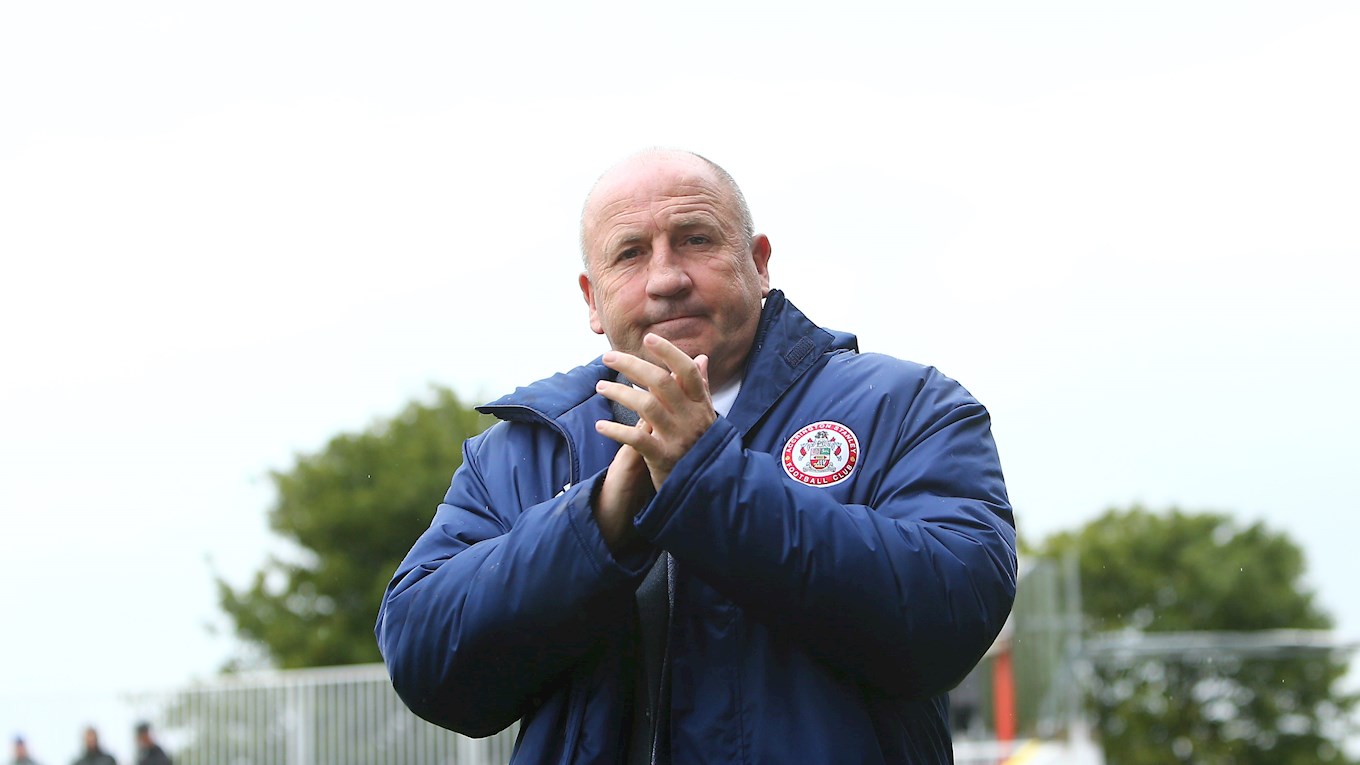 “I don’t think I have ever had such strength in depth since I have been at the club. I have got seven loan players and I swore I wouldn’t do that but needs must as I had to prepare for every eventuality.

“I have known Joey a long time and whenever we come across each other we have a chat. He has a good personality to be a manager – he is a deep thinker about the game. He knows about the game and I have chatted with him since he took over at Fleetwood. I think he will do a really good job – although I hope not on Saturday." 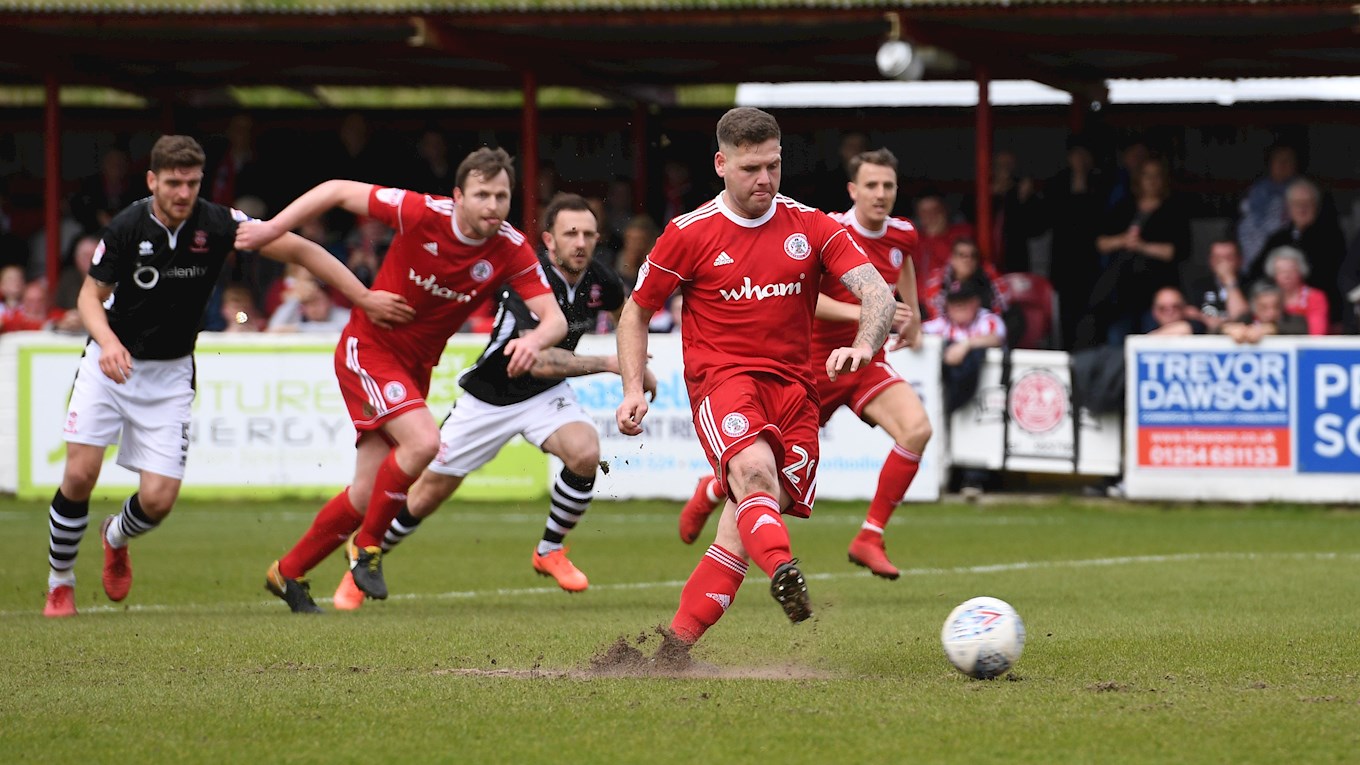 Billy Kee is the man to watch for Accrington when they travel to Highbury Stadium this Saturday afternoon.

Kee finished last season as Sky Bet League Two’s top scorer after bagging 25 league goals in 46 matches. The forward had a short spell at Accrington in 2009 and after time away, he re-joined Accrington in 2015 and has gone on to score 55 goals in 130 matches for the club. 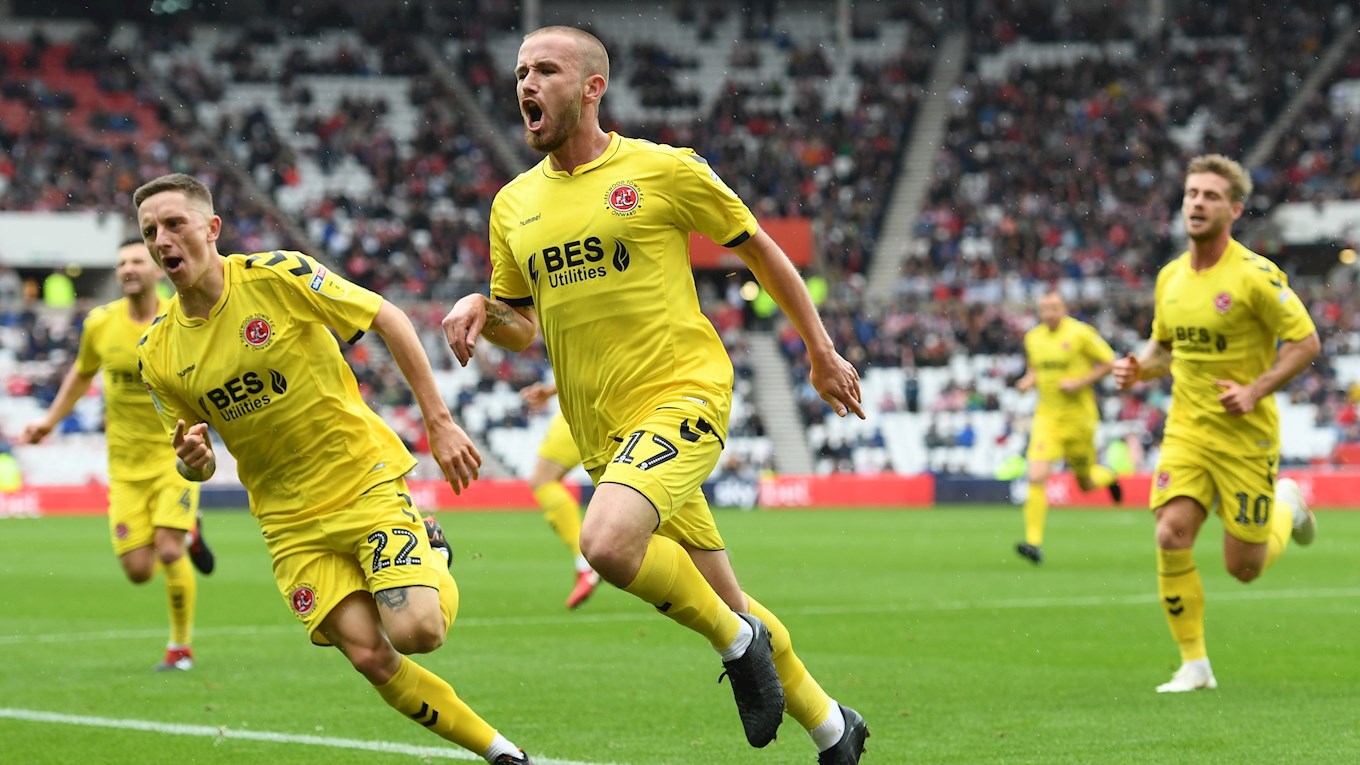 Joey Barton’s Fleetwood Town go into this game as favourites and are priced at evens to pick up their second home win.

There have been goals scored in matches between the two sides and for Fleetwood Town forward Ched Evans to score first, the odds are at 7/2, with Paddy Madden at 5/1.

Fleetwood Town took a share of the points on Saturday afternoon after a 1-1 at Highbury against Lancashire rivals Accrington Stanley.

Cian Bolger opened the scoring after heading the ball home from close range midway through the first half. Ash Hunter made it six assists for the season after his in swinging free-kick found the Irishman in the box.

Accrington levelled midway through the second half from creative midfielder Sean McConville, after his shot found its way through a crowd of bodies, and into the back of the net.

Town’s head coach Joey Barton made two changes to the side that started away at Sunderland last weekend. Craig Morgan and Ched Evans made way for Bolger and Chris Long.

It was a fairy even start to the match at Highbury with both teams looking to get the ball down, play through the lines and get at each other’s back four. Accrington looked threatening down the right flank with Jordan Clark whipping in two dangerous crosses into the box, both not being met by Billy Kee, Stanley’s one to watch.

Barton had to make a change to his side after 12 minutes. Conor McAleny took a knock after Nick Anderton brought the attacker down on the halfway line. Kyle Dempsey came on the pitch, replacing McAleny on the right hand side.

Long had Town’s best chance in the early exchanges when Hunter played the forward through in between the left back and the centre half and the on-rushing Ripley did really well to deny Long from making it two goals in two matches.

Clark went close on 25 minutes as from a corner, Town didn’t pick up the spare man on the edge of the box, and as the ball came to the winger, he struck it first time and made Alex Cairns pull off a really smart save. Attempts were coming at either end of the pitch.

Town took the lead through defender Bolger. Hunter whipped a free-kick in from the left wing after Husband was brought down outside the box. Hunter’s cross found Bolger, who did enough to flick it across goal and into the side netting.

The away side had a great chance to get back level just before the break when Kee found himself with his back towards the goal, and no Town players within five yards of him. Luckily for Town, the striker half volleyed the ball over the bar.

Fleetwood began the second-half on the front foot and with Hunter looking his energetic self, he was causing Accrington many problems with his trickery and pace. The 22-year-old came on to his favoured right foot, and put the ball on six pence for Long, who saw his shot at goal saved by the goalkeeper.

Cairns was put into action after Sam Finley found space on the edge of the penalty area. And after getting past Lewie Coyle, Finley had the goal at his mercy, but it was Cairns’ left boot that denied the midfielder.

Accrington levelled the scoring moments later when the ball found McConville 12 yards out from goal. The ball bounced inside Town’s box and it was the wide man who buried his chance past Cairns, right in front of the travelling Stanley supporters.

Cairns pulled off a magnificent save ten minutes before the final whistle after substitute Daniel Barlasser connected with the ball inside the 18-yard box. It was a good reaction save by Town’s number one, and a let off for the home team.

Town pressed for the winner with five minutes on the clock, but couldn’t they couldn’t pick out that final pass in the final third.

The Cod Army return to Highbury on Saturday for a crucial Sky Bet League One fixture against Lancashire rivals Accrington Stanley.

Joey Barton's side are now unbeaten in six league matches, after claiming an impressive point at Sunderland last weekend.

Tickets are on sale for the match, with supporters able to purchase them online here, or at the ticket office at the club shop.

The best way to support the team is by purchasing an Onward Card, with adult card starting from just £17 per month!

Get yours online via the Onward Card website here.