Fleetwood Town head coach Joey Barton has named his team for the Sky Bet League One fixture against top of the table Portsmouth on Saturday.

Town come to Fratton Park on the back of back-to-back league wins, after impressive victories at Doncaster Rovers and at home to Shrewsbury Town.

Barton has made one change to the side that started against Salop last weekend, with James Wallace being replaced in the centre of midfield by Rangers loanee Jason Holt. Ryan Rydel keeps his place on the bench, with Dean Marney and Ched Evans returning to the bench.

Fleetwood Town fell to a narrow 1-0 defeat to league leaders Portsmouth at Fratton Park on Saturday.

In a tight game on the South Coast, Oli Hawkins’ header from a Pompey corner decided the match just five minutes after half-time.

Paddy Madden was the Town player to go the closest to levelling the score, however his shot from close range didn’t test Craig MacGillivray.

Barton made one change to the side that starting against Shrewsbury Town last weekend in Town’s 2-1 home win, with Jason Holt coming in for the injured James Wallace. The front three of Wes Burns, Madden and Ash Hunter gave Fleetwood that attacking threat at Fratton Park.

It was an even opening to the match under the South Coast sun with both sides cancelling each other out in terms of possession, with nothing too much for either goalkeeper to deal with. Town looked comfortable in possession of the ball.

Ben Thompson went close for Pompey after 20 minutes after a lovely build-up play down the middle of the pitch. Hawkins played a one-two with Thompson curling one just over the crossbar.

Hawkins nearly capitalised on a Craig Morgan mistake as the captain lost track of the ball 20-yards from goal, but managed to recover and get himself goal side of the striker. The forward looked for the far post, but saw his shot sail over Alex Cairns’ goal.

It took a corner early in the second half for the crucial goal. The set-piece was whipped in from the right, with Jack Whatmough heading back across the 18-yard box, with Hawkins nodding it into the back of the net.

The home crowd picked up the atmosphere inside the stadium and along with the eleven on the pitch, they tried to make it even harder for the Fleetwood players to get themselves back into the game.

Jamal Lowe was causing the away side trouble down the right wing and won his side another corner – where the first goal came from – which was delivered into the Fleetwood box, and another header from Hawkins went narrowly wide of goal. A let off for Barton’s side.

Barton made a change which saw Ched Evans come onto the field of play for Jason Holt, and it was back to the 4-4-2 formation for the Cod.

Madden had a great chance to level the score line after a set-piece was played short to Evans. He found Hunter on the left and his first time cross into the box called panic inside the Pompey penalty area, but Madden couldn’t direct his effort past MacGillivray. Fleetwood’s best chance.

Town ended the match with ten man after Sheron was adjudged to have fouled Ronan Curtis. It’s on to Peterborough for the Cod Army on Tuesday night, before hosting Blackpool next Saturday at Highbury.

Fleetwood Town supporters can still purchase their ticket and travel for this weekend's match away at Portsmouth for the Sky Bet League One fixture.

Tickets remain on sale for the Cod Army’s trip to Fratton Park on Saturday 20th October, and after back to back wins in the league against Doncaster Rovers and Shrewsbury Town, now is your time to get on the bus and support the lads.

Joey Barton’s side have won on the road against Oxford, Scunthorpe and Doncaster, with draws against Sunderland and Charlton, the 12th man will be important when the team travel down South.

Supporters will be situated in the Milton End (behind the goal) at Fratton Park.

To purchase either match tickets or coach travel, contact the ticket office on 01253 775080, or visit the club shop at Highbury Stadium. 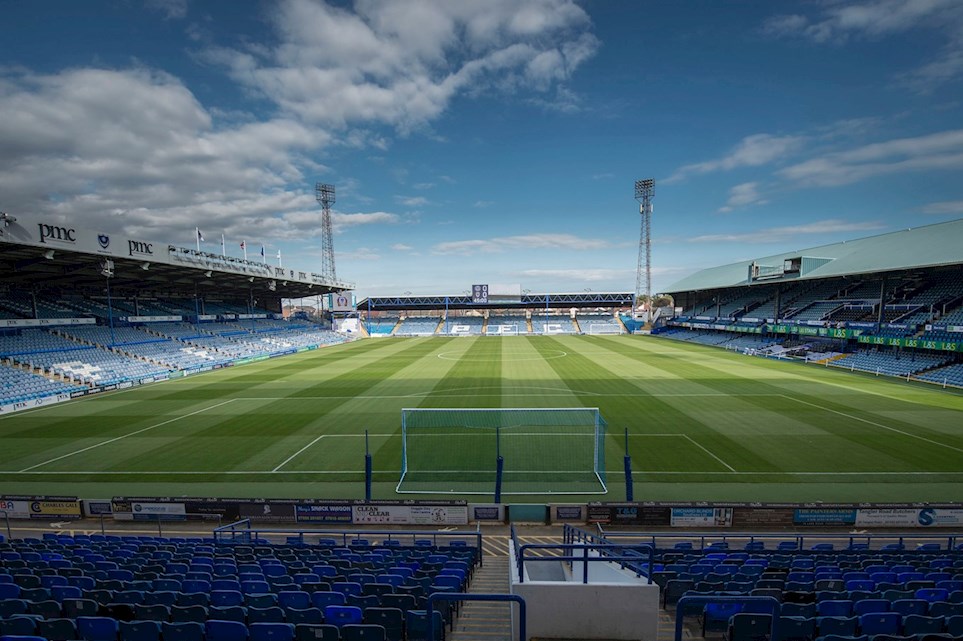 Tickets and travel on sale for trip to Portsmouth


Tickets and coach travel are now on sale for Fleetwood Town’s Sky Bet League One fixture at Portsmouth.