Fleetwood Town will welcome Plymouth Argyle to Highbury on Saturday afternoon in a Sky Bet League one fixture, and we have all you need to know in our preview. 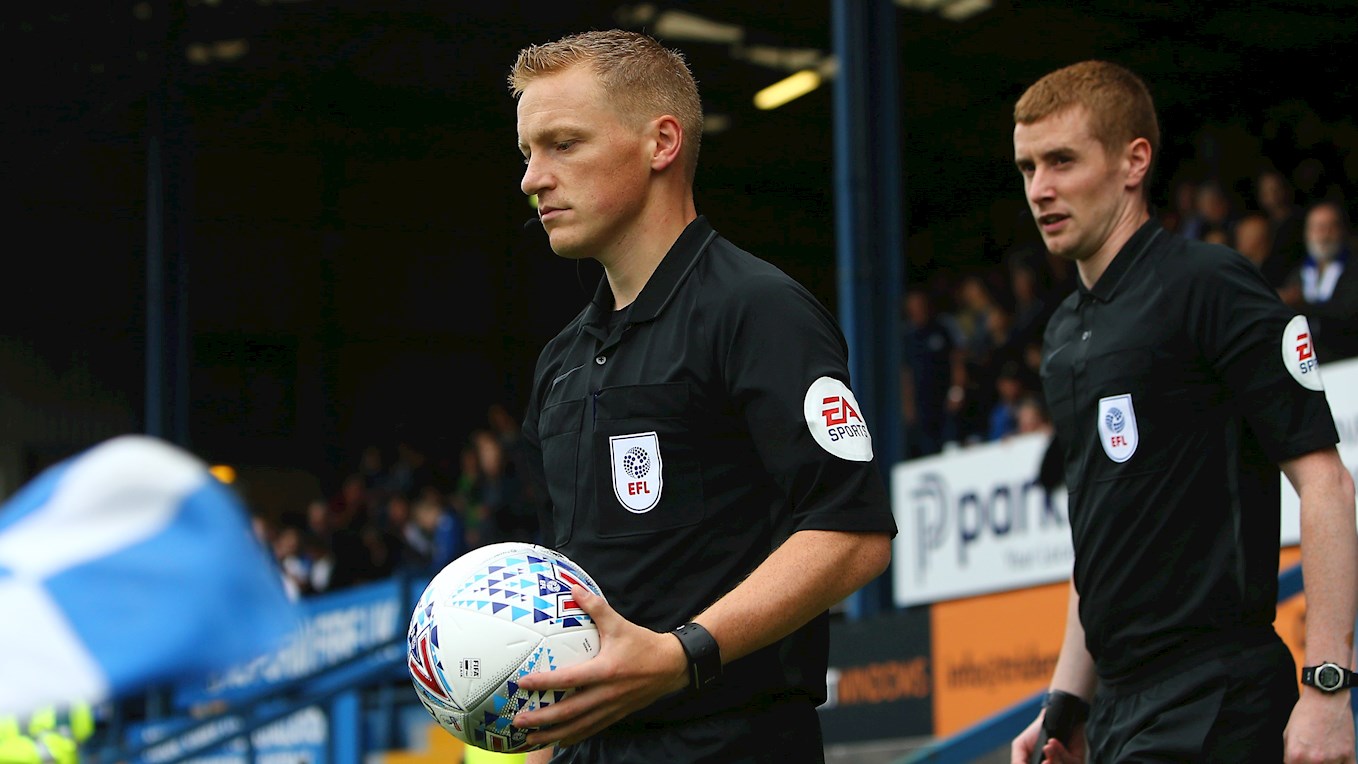 Fleetwood Town sit in 10th place in the league and have lost their last two games, with the latest result being an unlucky 2-1 defeat to Coventry on Tuesday evening.

Ashely Nadesan looked very sharp in this game and it is clear to see to the supporters that the 24 year old is getting back to full fitness. I’m sure the striker will be looking to secure a place in the starting 11 after a positive performance on Saturday.

Getting back to winning ways is vital for Fleetwood at the weekend with there still being an outside chance of a play-off position. 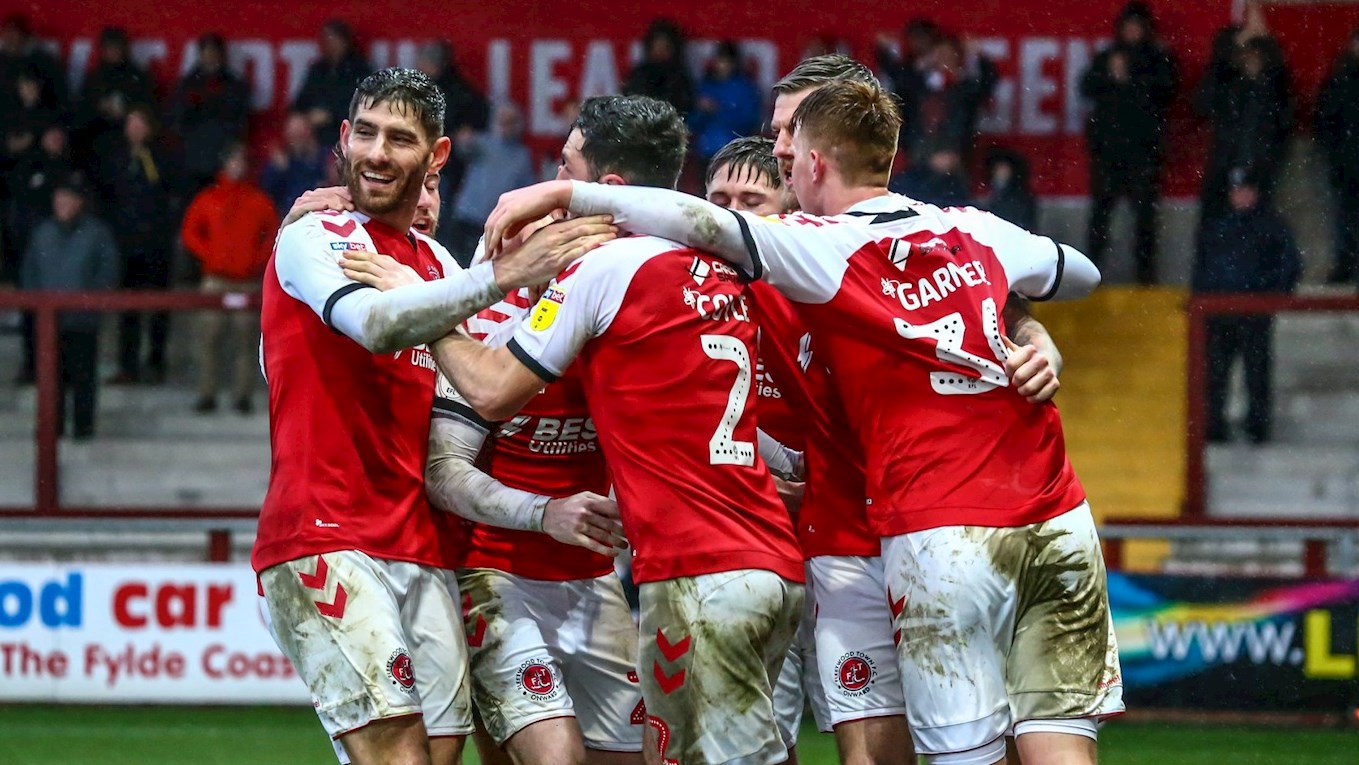 The pilgrims sit 12th on 45 points in the Sky Bet League One table, four points behind the hosts on 49 points. Derek Adams will be looking to carry on momentum from their last fixture after his team’s last gasp 2-1 win against Shrewsbury on Tuesday evening.

The visitors have been in inconsistent form coming into the game as they have only won two of their last eight matches but their last result being a 2-1 win on Tuesday night against fellow relegation strugglers Shrewsbury.

Derek Adams side sit 5 points above the relegation zone, and have tough games coming up with fixtures against Charlton, Doncaster and Barnsley in their next six matches so a win is vital in this game. 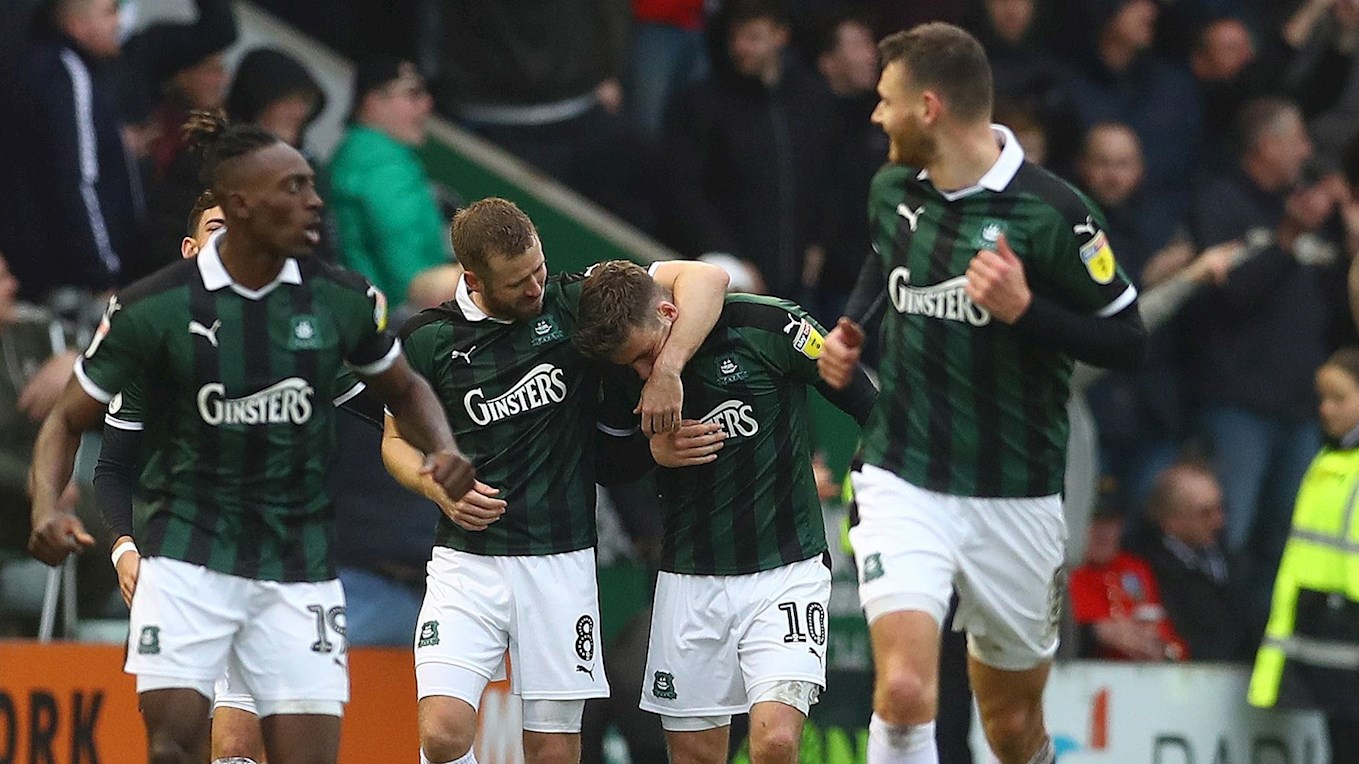 On the 24th of November, the two sides met at Home Park. With a first half of chances for both sides, it was Plymouth that came out victorious in this fixture. The Plymouth top goal scorer Freddie Ladapo settled the game on the day with his two goals being the difference between the two sides - even after Alex Cairns made a number of good saves to deny his team in the first half. Paddy Madden scored a late consolation goal for the visitors, on a day to forget for the Cod Army. 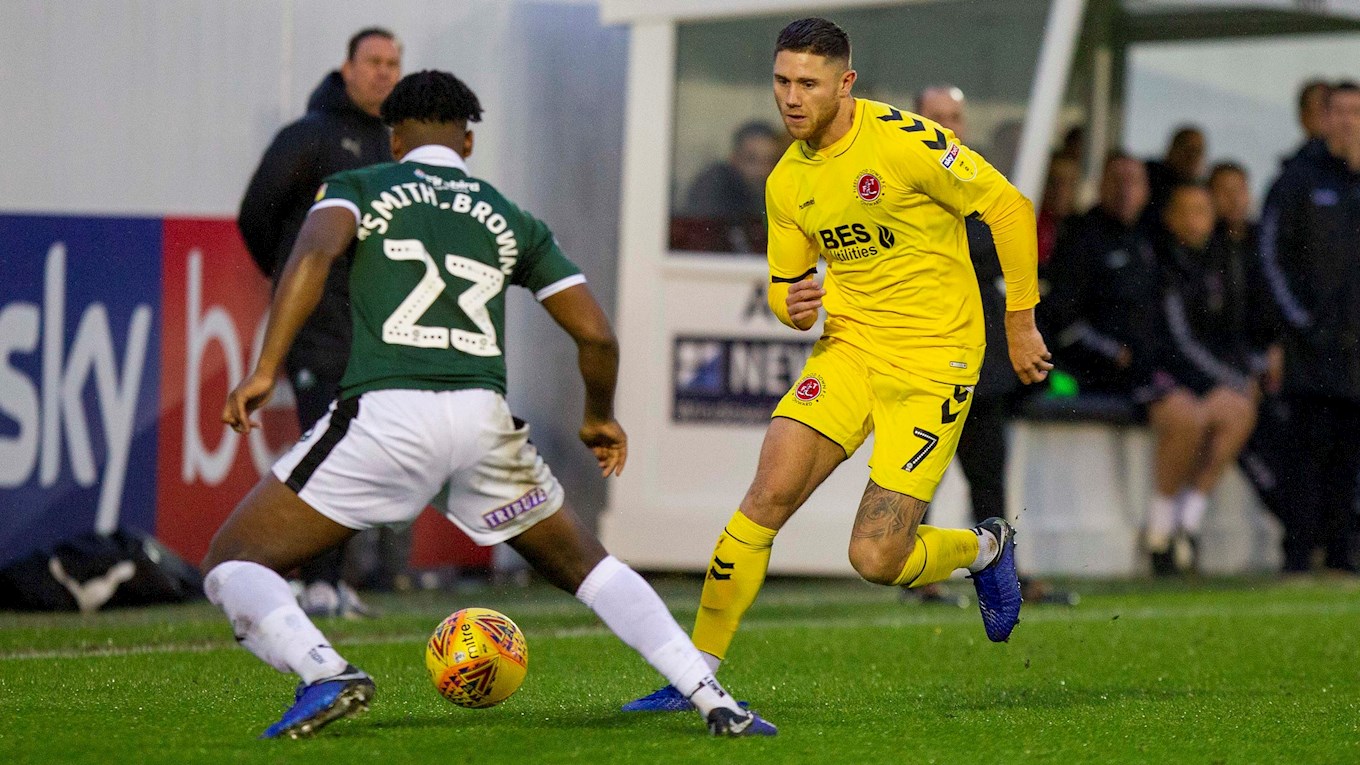 A player that Fleetwood Town need to watch is striker Freddie Ladapo. The striker has been in red hot form this season netting 16 goals in all competitions. The 26-year-old - who has netted three goals in his last four games - started his career at E Thurrock before signing a professional contract with Colchester in 2012.

After a young Ladapo failed to make a big enough impact at the U’s, numerous loan deals and free transfers followed, with him going on loan moves to Oldham and Shrewsbury before Plymouth signed him on a free transfer from Southend in July 2018.

This has been the season where the striker has made his mark on the division, and it didn’t take long to secure himself as a fans favourite at the club with his impressive goal record. The Fleetwood Town defenders will have to be sharp to not give the lively striker a chance at goal in this game. 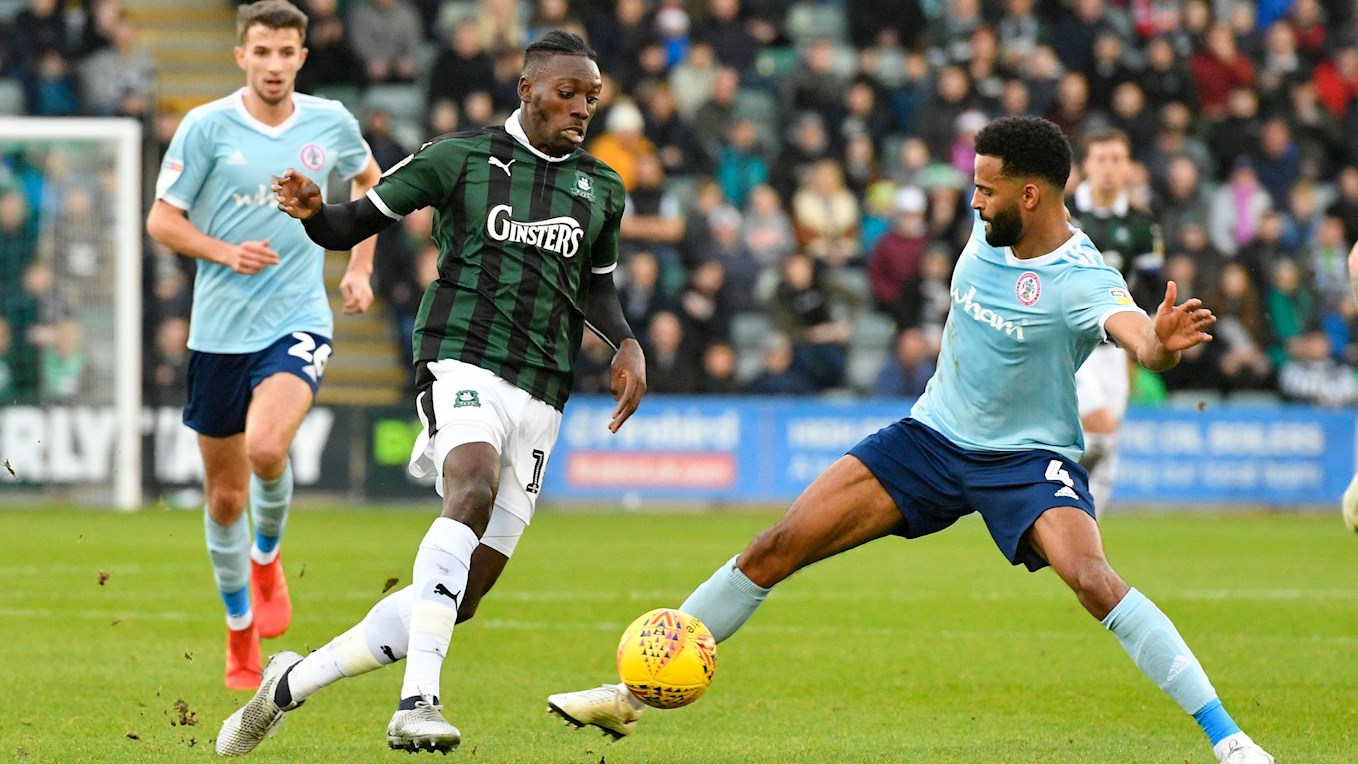 “If you win two or three games you can never know what happens. Unfortunately we haven’t been able to do that enough this season but while the points are still there you have to aim for them.

I think they play a good style of football so it will be a difficult game, but we are at home and we know if we play to our potential we will give anyone a good game in this division.

The young lads have came in and responded really well in training. They have caught the gaffer’s eye and rightly so have been included in the first team. We want to promote from within and now it is up to the young lads to take their chance.

“You have got to win the battles and territory first and then hopefully our quality will come through. We have to execute our plan on Saturday and try and get all three points.” 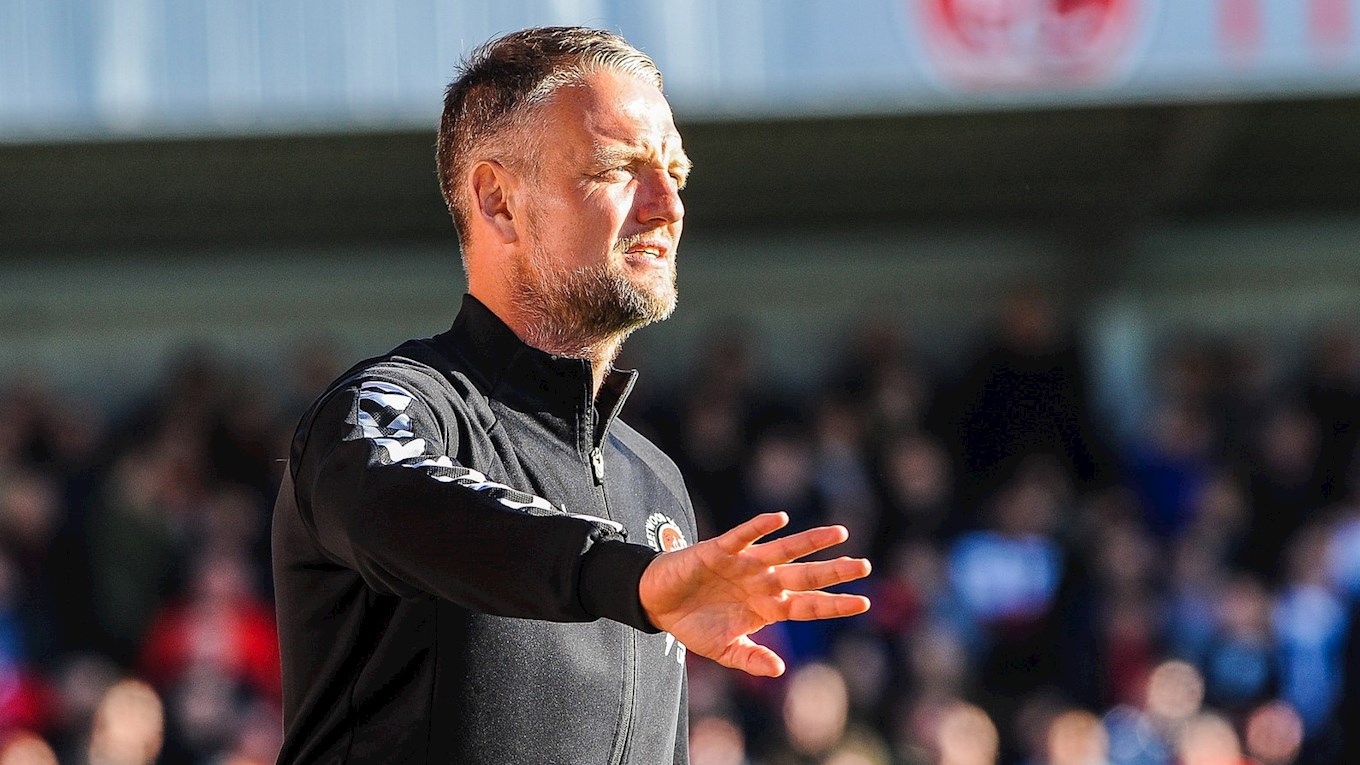 “We have done really well at home, and away from home as well we have been able pick up some good wins and draws. The confidence throughout the group is very good.

“Fleetwood are in the top half of the table, not far ahead of us. We played well against them down here (Argyle won 2-1 at Home Park in November). They are a very good footballing side with a number of exciting players especially in attack.

“They have got a good way of playing about their system. They play 4-3-3 and have been able to string a number of very good results together.

“We will enjoy going away to Fleetwood. It’s tight venue but the way that our players are playing they will look forward to going there.” 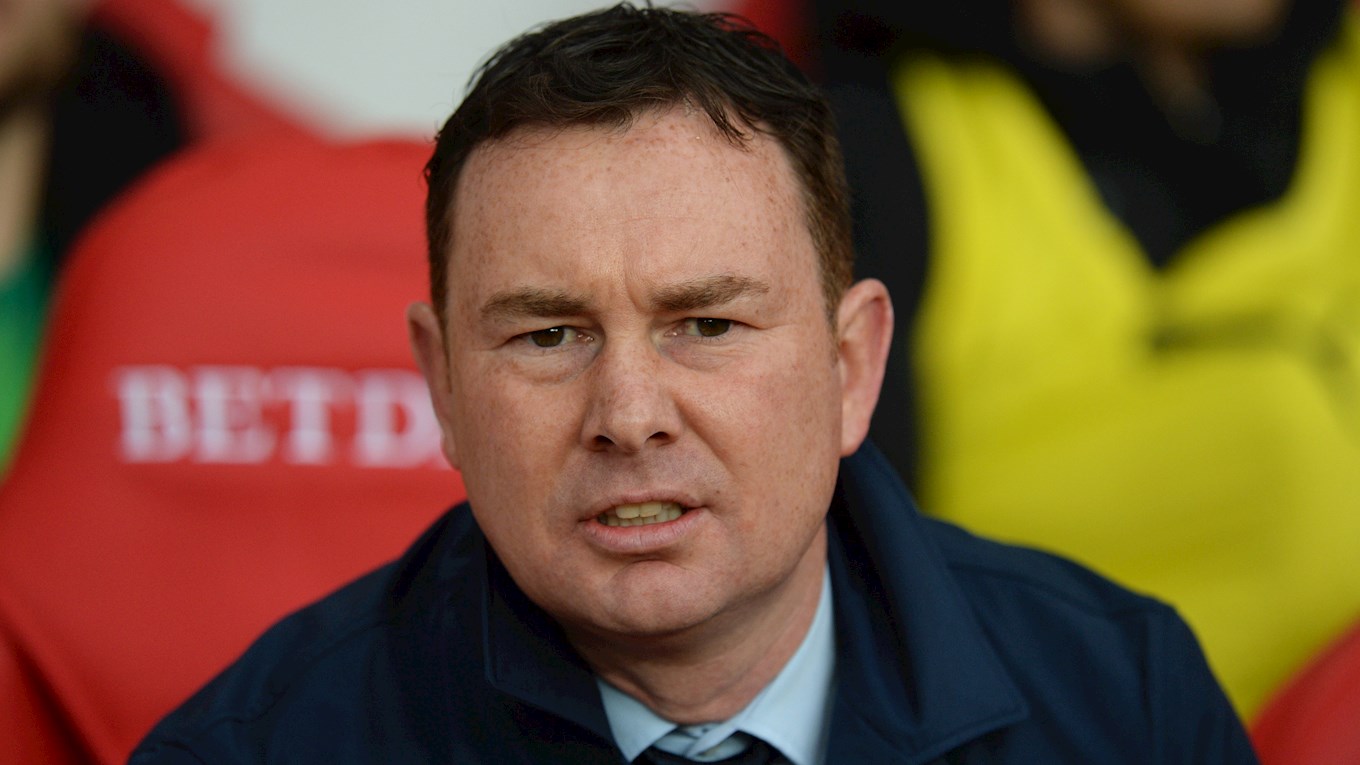 Fleetwood Town fans who haven’t yet purchased their tickets for the match can still buy theirs online, over the phone or at either of our club shops at Highbury or Poolfoot Farm. With Joey Barton’s side looking for a much needed win, you can play your part by being in the stands, cheering on the lads! Click HERE to buy yours today! 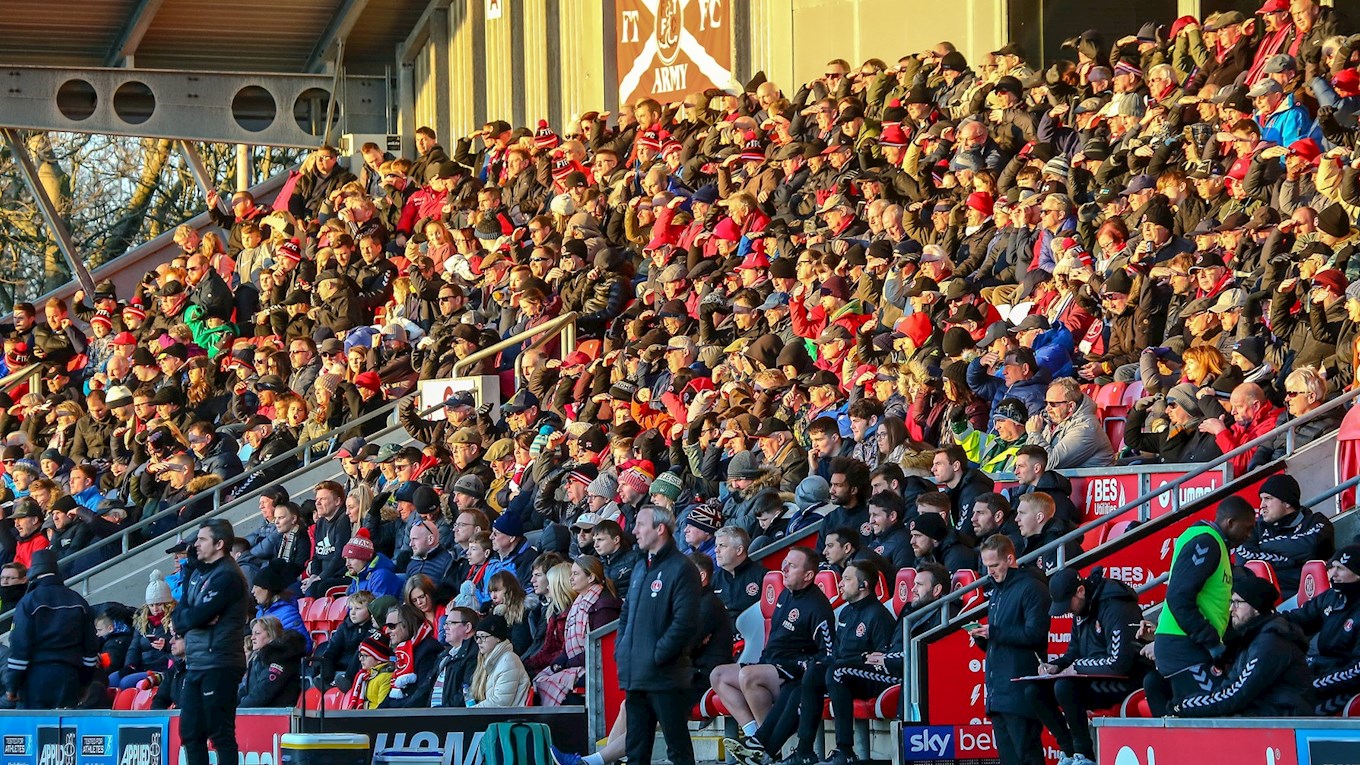 If you fancy Fleetwood Town to get three points against Plymouth Argyle this Saturday at Highbury you can get odds of 10/11.

For Plymouth to pick up their second consecutive win in the league, the odds are 29/10. A draw between the two sides is 23/10.

For the goal scorer for Fleetwood on Tuesday night (Ched Evans), to score again this weekend, the odds are 6/4.

Fleetwood Town left Highbury Stadium victorious after a 2-0 win against Plymouth Argyle in torrential conditions on the Fylde Coast.

An inspired performance in the second half saw Fleetwood get the three points after what was an open first half.

Jason Holt got the scoring underway with his first Sky Bet League One goal of this season’s campaign, before substitute Ash Hunter slotted in the second to ensure victory for the Cod Army.

It was Fleetwood who had the first chance of the game after Paddy Madden was able to steal the ball from Niall Canavan and get in behind the Plymouth defence. The Irishman, however, could only force Matt Macey into making a low save.

Town continued the early pressure and threatened again this time from Jack Sowerby’s corner. Ched Evans’ header at goal was blocked by Yann Songo’o before Ryan Rydel’s effort from outside the box was blocked on its way through to goal.

Plymouth responded well and came close themselves with two chances in quick succession. Graham Carey was able to drive forwards into the box, but his effort was hit high and wide.

Shortly afterwards, Alex Cairns was forced into making a routine save after Freddie Ladapo’s effort at the near post.

The Cod Army had another chance on goal after some great play led to a Ross Wallace effort that was fired at goal but again it was blocked, this time by Ryan Edwards.

It was quite an open game after the first thirty minutes with both sides still looking to find an opener, in what were horrific conditions on the Fylde coast, but it was all square heading into the break.

Argyle got the second half underway, but it was Fleetwood Town who were able to create yet another opportunity. Evans teed up striker partner Madden, who saw his shot get deflected away from danger.

Rydel got his first start for Fleetwood and was showing his quality throughout. The youngster picked the ball up just inside his own half before driving forwards and delivering a brilliant cross, unfortunately no one could get on the end of it, much to the frustration of Town's head coach.

Town kept on creating and it was Wes Burns who tested Macey this time after some great play down the left between Rydel and Madden, with the latter providing Burns with the opportunity.

Plymouth reacted well to the pressure and kept possession well but were finding it difficult to break down the solid Fleetwood defence.

It wasn’t long though before the Cod Army had another chance and this time it was slotted home! Madden’s low cross provided Jason Holt with his first league goal this season.

Joey Barton then made a double change straight after the goal, with Ash Hunter and Ashley Nadesan replacing Madden and Ross Wallace.

It turned out to be a brilliant manoeuvre with Hunter making immediate impact, doubling the lead with a similar goal to Holt’s. He finished off Burn’s cross to make it 2-0.

A great victory at Highbury Stadium in what were difficult conditions means that Fleetwood Town are back to winning ways.

If you are making your first visit to Highbury today, or a regular we want you to have a great experience. Here are some important pieces of information to make the most of your day.

Take a look today at what there is on offer https://www.poolfootfarm.co.uk/the-crossbar/ 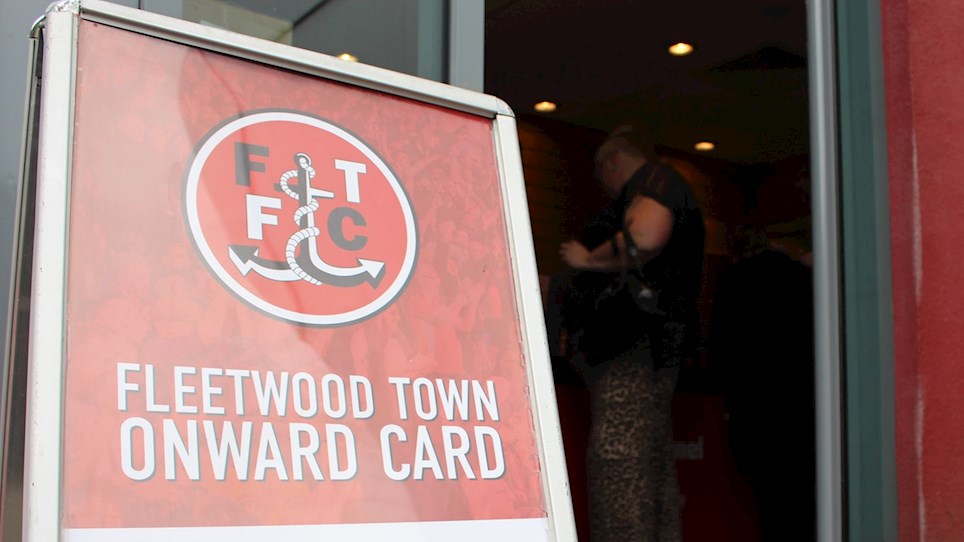 Buy your matchday tickets via the FTFC Store


Did you know how easy is to book your match tickets or club souvenirs online? 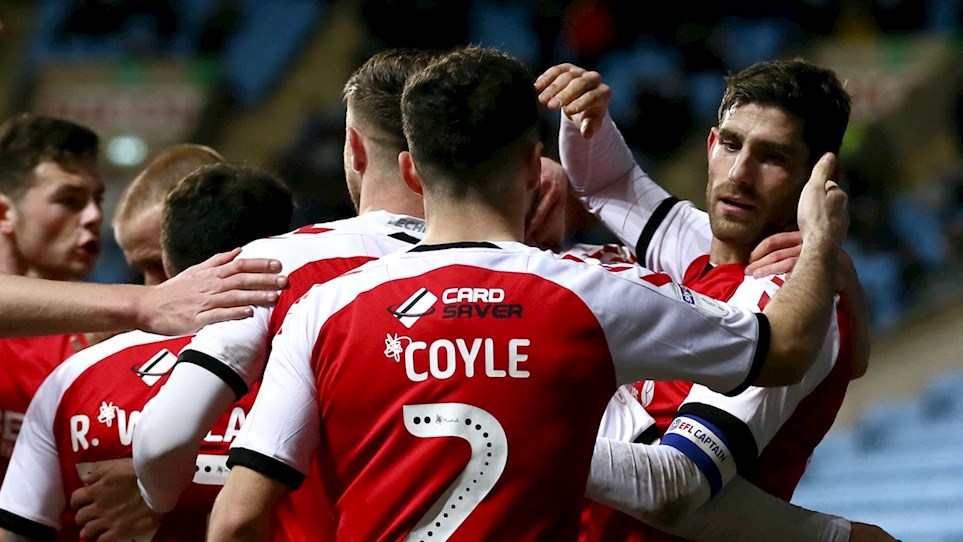 Plymouth up next this Saturday


Town return to Highbury this Saturday as they are set to take on Derek Adams' Plymouth and are hoping to get back to winning ways.